While I was out walking on the bank of the clearwater ditch, I spied at a distance what looked like it could be a turtle sunning itself. I snuck up on it and got one shot of it sunning before it dove into the water and swam under the moss. Almost as quickly as it slipped away, it resurfaced to check me out and see if I was really a threat. Even though I stood perfectly still, it probably heard the shutter on my camera, because it ducked back underwater and buried itself in the mud on the bottom of the ditch.  I continued on my walk, and then stopped on my way back and looked for the slider. I discovered it had moved under a bit of mud near a log that had one end stuck in the mud and the other end exposed at the surface. I stood and watched for some time, and it finally poked its head out, swam under the log and peeked out from the other side. I thought it might crawl up on the log, but it either noticed the sound of my shutter or the sound of people walking and talking rather loudly on the irrigation ditch, and it dove underwater and disappeared on the other side of the log. 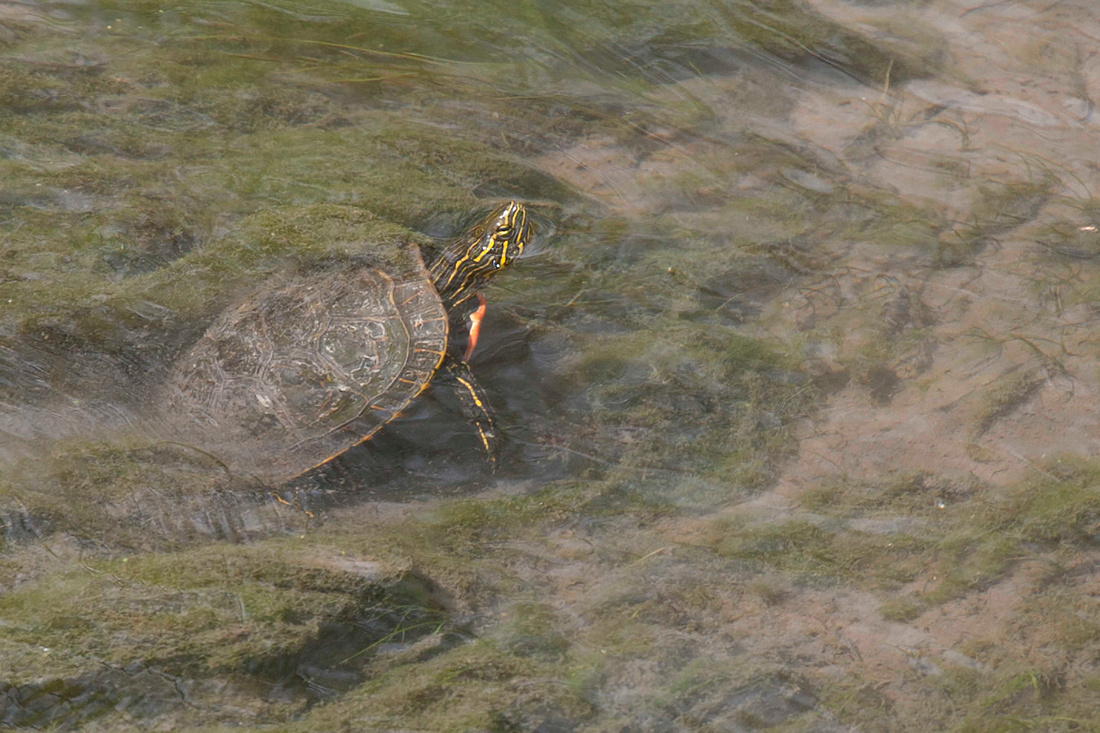 Checking me out after slipping into the water and coming back up from under the moss. 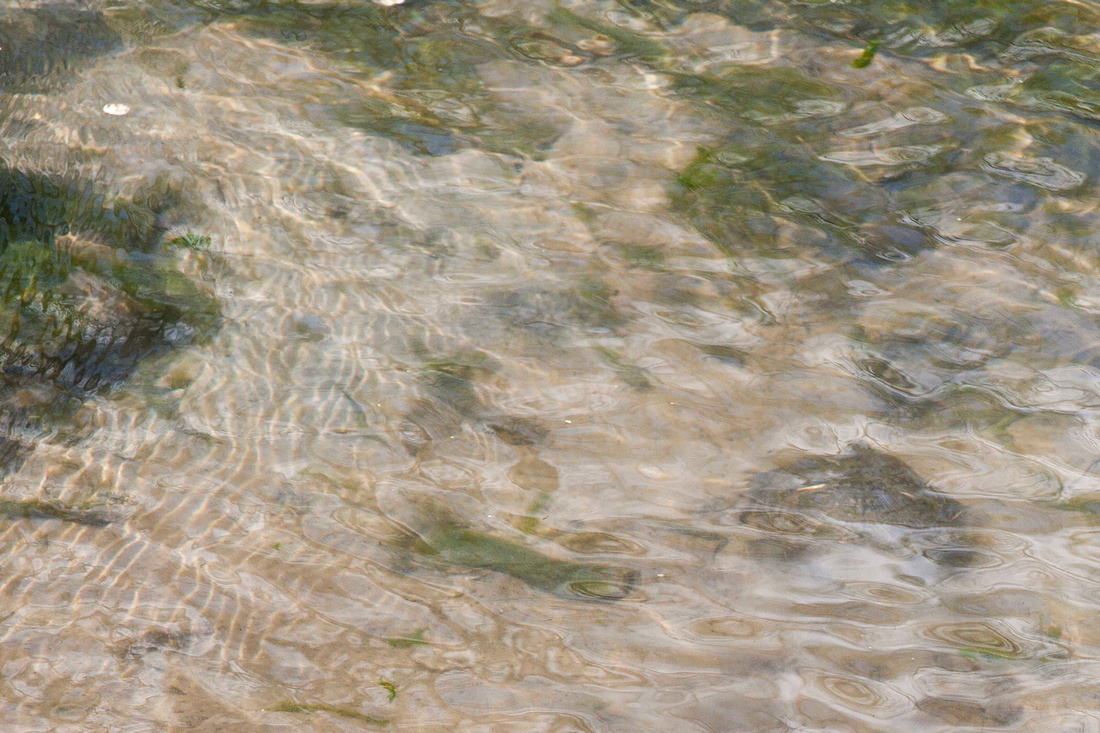 Burying itself in the mud. 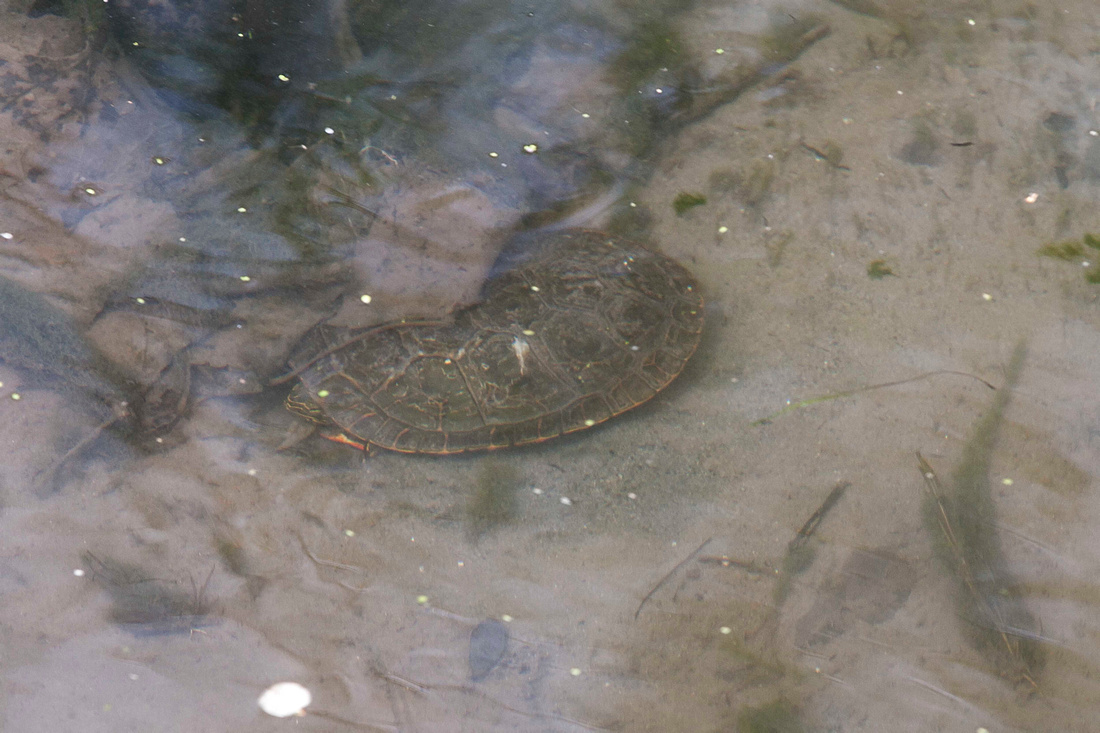 Trying to look like a rock under a clump of mud. 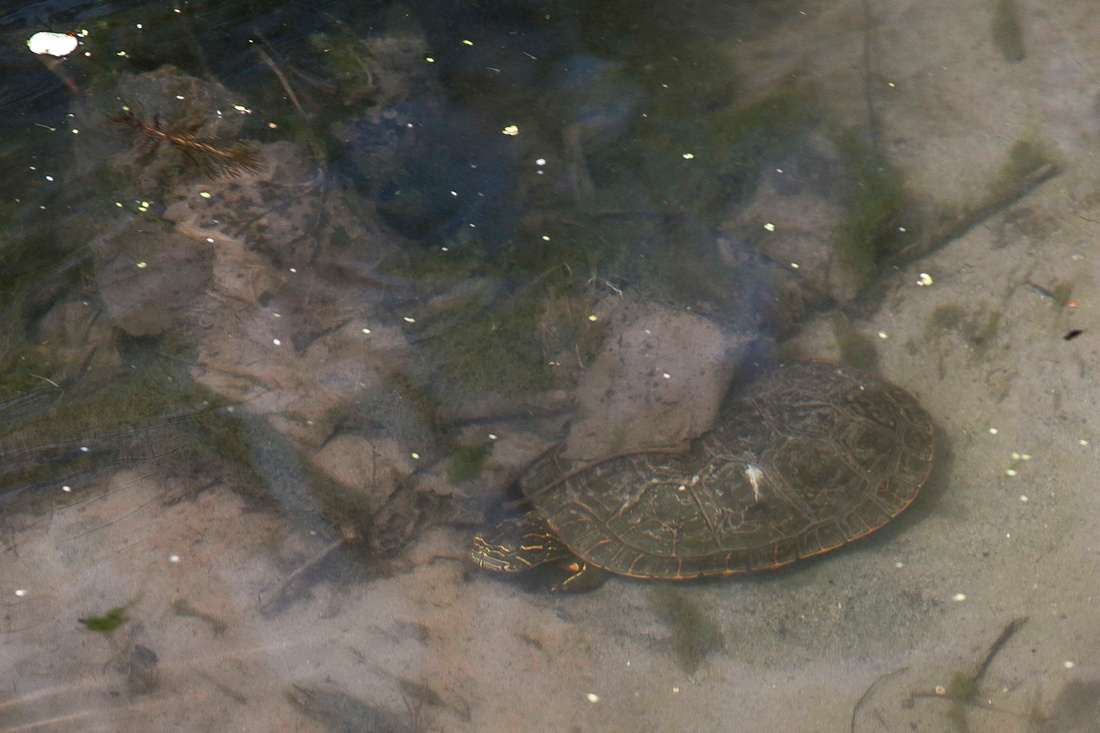 Looking around to see if the coast or ditch bank is clear. 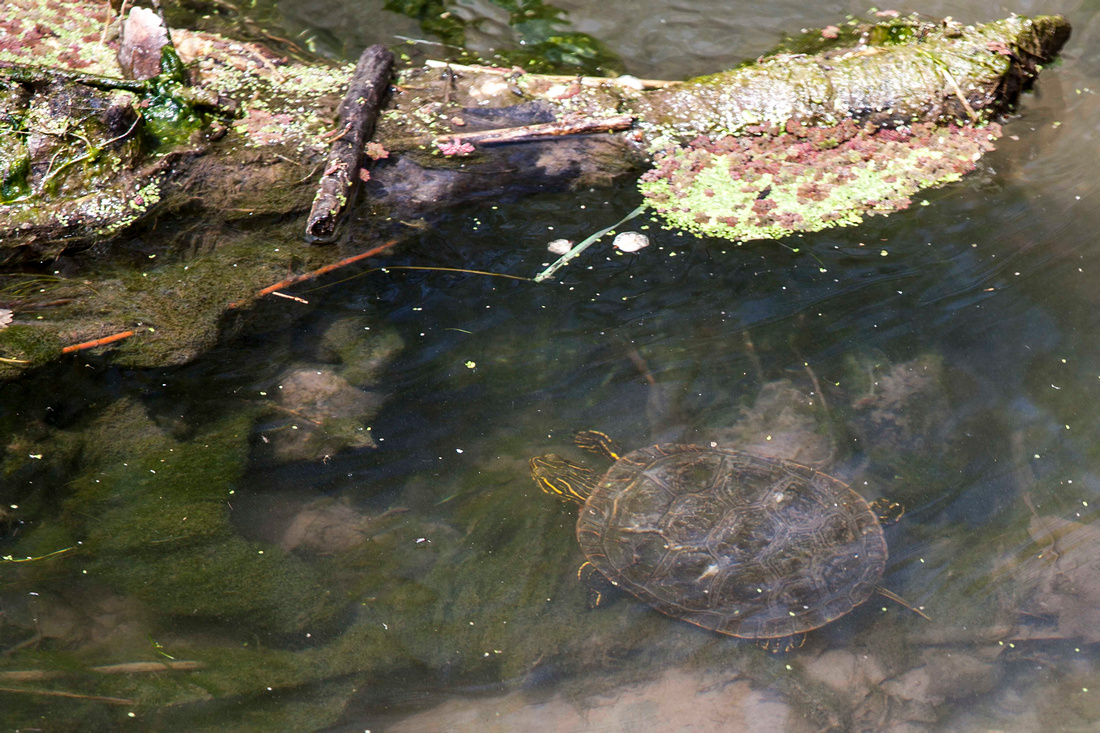 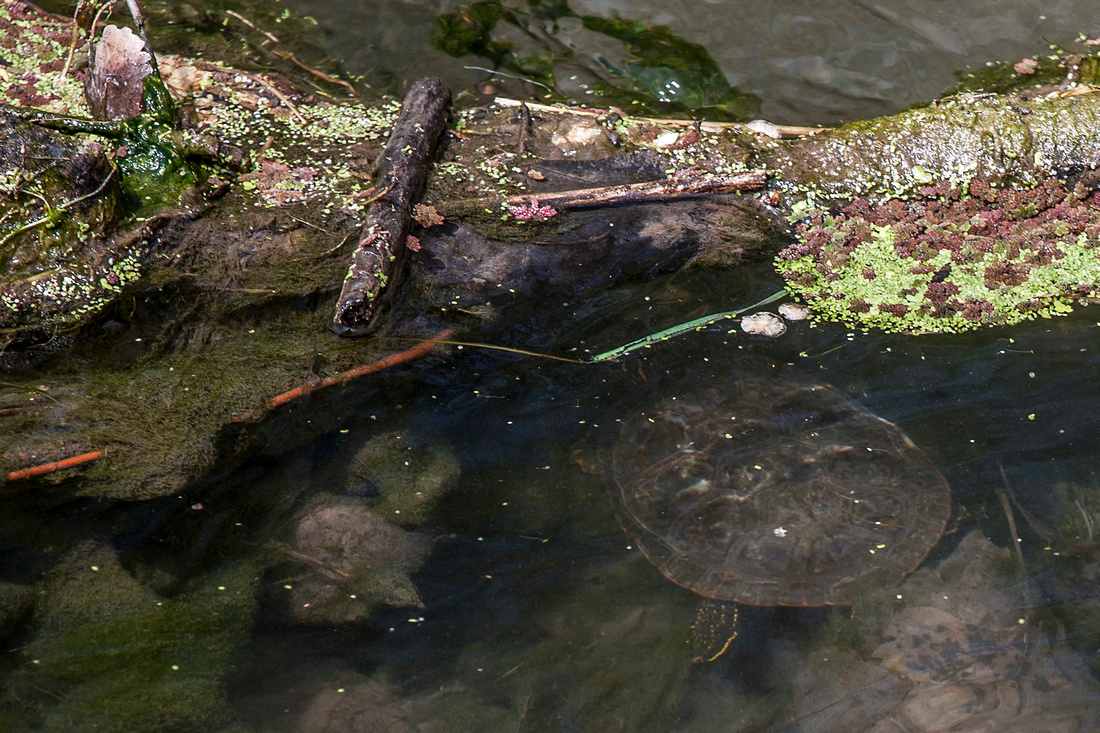 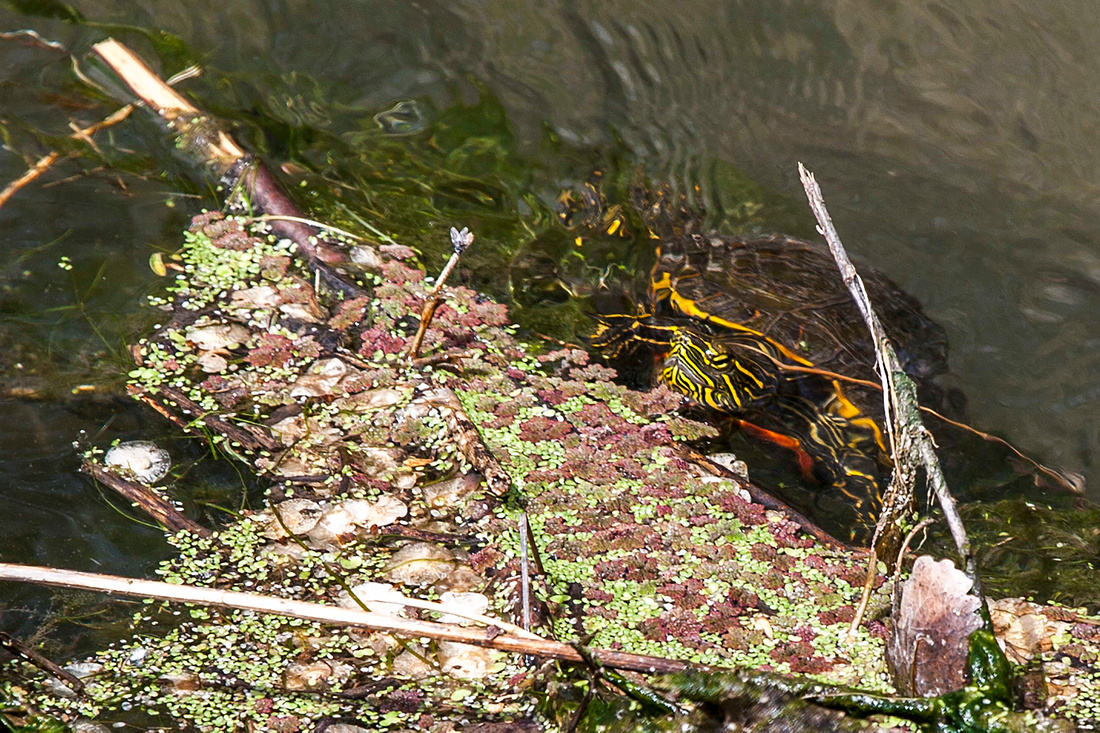 Checking out the scenery before slipping back into the water and disappearing behind the log.