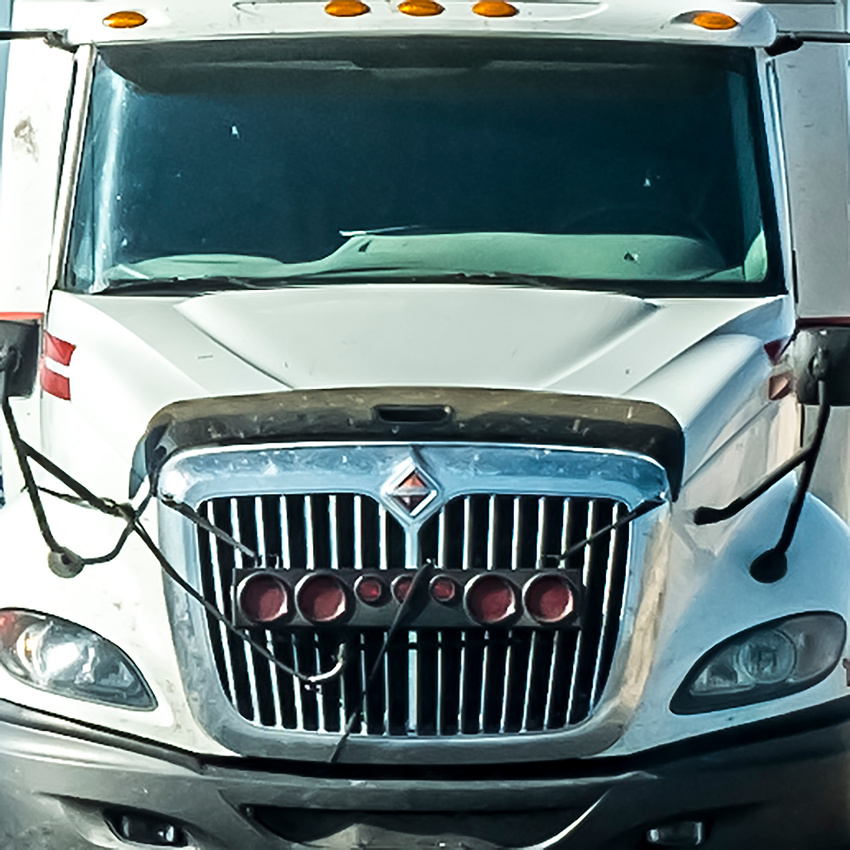 “You need to pull the radiator so we can find the leak and see if we can repair it.” Mr. Haagenson told me as I stood in front of the Mack’s grill, my 6’2” frame dwarfed by its chrome frame with the bulldog ornament proudly posed on the pinnacle of the hood above me. “Once I get it loose, how do I get it out of the truck?” I asked, realizing not only was the massive radiator about as tall as me, but weighed too much for me to lift. “The fork lift.” Mr. Haagenson replied. “And don’t run the blades through the radiator when you go to pick it up out of the truck.”

Mr. Haagenson came out, inspected my work and told me to start it up, top off the radiator, and then take it out for a test drive. “Are you serious?” I asked about taking it out for a  test drive. “I have never driven a big truck like this, and I’m not licensed to drive a ‘big rig’ anyway” I protested. “You fix it, you test it” was Mr. Haagenson’s reply. “They are easy to drive without a trailer, and you don’t need no stinking license to test drive a truck you just fixed. You are only going to drive it around the block.” That’s when the fun began.

I crawled up into the cab to start the engine, and then I just sat there looking at all the shift levers coming up out of the floorboard — it was the only time in my life I wished for an automatic transmission. “It’s already in ‘neutral’" Mr. Haagenson said when he saw me sitting there intimidated by the cockpit of the truck. I turned the key, the engine turned over a few times and then it started up with the rhythmic idle and pinging sounds typical of a diesel engine. “You need to let it warm up for a good 10 minutes before you take it out.” Mr. Haagenson told me, so I got out of the truck and asked a few more questions about how to drive it while it was warming up.

I crawled back in the cab, pulled the seatbelt across my lap and made sure it locked in securely. Mr. Haagenson told me that without a trailer, I would be able to start driving from almost any of the 18 forward gears. I pushed in the clutch, pulled the first stick shift to the left and pushed it forward, grinding it into one of the gears, and then did the same with the second shift lever. I pressed my foot down on the accelerator and slowly let the clutch out. I could feel the clutch engaging and the truck trying to move forward, then the engine stopped — I’d killed it.

“You have to release the emergency brake!” I heard coming from below the open window. “Of course!” I replied as I started the engine and searched for the brake release. The brakes released with a swoosh of air, and the truck started to roll forward.  I revved the engine while I slowly let out the clutch again, but the clutch engaged all of a sudden and the truck lunged forward — the force pushed me back against the seat, then the front end came down with such a jolt, I would have bounced off the seat to the roof of the cab had I not buckled in.

I hadn’t imaged anyone could pop a wheelie in a Mack Truck, but I seem to have as I now found myself out of the driveway into the middle of the alley heading for the fence, chugging along like a “Buckaroo Banzai” on a bull fresh out of the chute. I recovered from the jolt, turned the wheel to the right, gave it gas and got the “10 tired tempest” straitened out and aimed in the direction of 2nd Street. I slowly chugged down the alley, turned right onto 2nd Street, and headed north towards I-40. I was going to turn right on Aspen, drive to 1st Street, and then back to the shop, but then I noticed the engine was revving up but I wasn’t going very fast, so I made an attempt to shift to another gear, which, after much gnashing and grinding of gears, was only marginally successful as the new gear seemed to make little difference in the speed or the RPMs.

While messing with the gears, I passed Aspen, as I was now approaching the railroad crossing, so I would have to go up to Haines and make it a two block test drive. I managed another gear change, which increased my speed as I bounced over the railroad tracks. Coming up rapidly on Haines, I pressed the brakes preparing to turn right onto Haines, but I pressed the pedal a little too hard, and the brakes locked-up which made the truck skid sideways as smoke swirled off the brakes and 8 tires on the back of the truck — I had just discovered the Mack did not have front brakes — the last time I crossed up like that I was flat track racing on a motorcycle, and now I was feeling like one of those freaky looking, crazed drivers in a giant “Hot Wheels” truck popping wheelies and crossing up as I skidded into corners.

Fortunately, I hadn’t killed the engine, there were no cops, and no other drivers on 2nd Street or Haines to witness what was turning out to be stunt driving in a semi truck. I fumbled around to find a lower gear, slowly turned onto Haines (without popping a wheelie), made a rolling stop while turning right onto 1st Street, and slowly drove south down 1st Street the two long blocks back to the shop. I pulled the Mack into the alley, parked it, and made Mr. Haagenson back it into the spot behind the shop where the adventure had begun. I probably would have been there to this day trying to figure out how to get that beast into reverse. 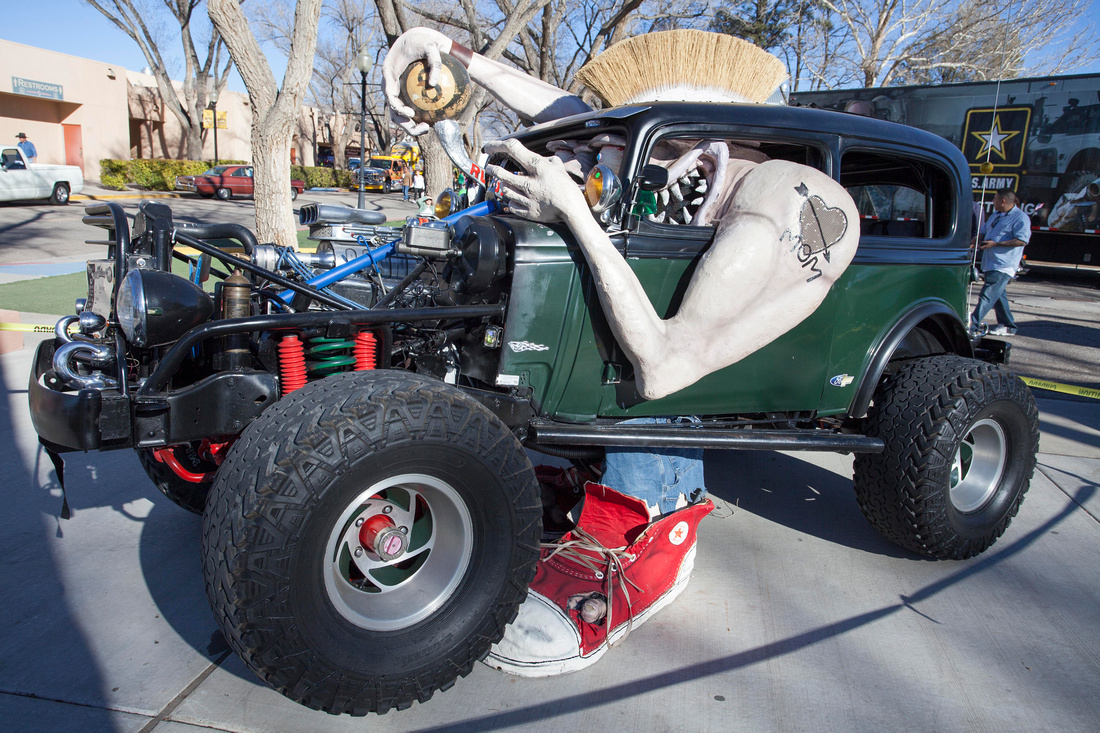 I was feeling like this dude trying to drive that Mack 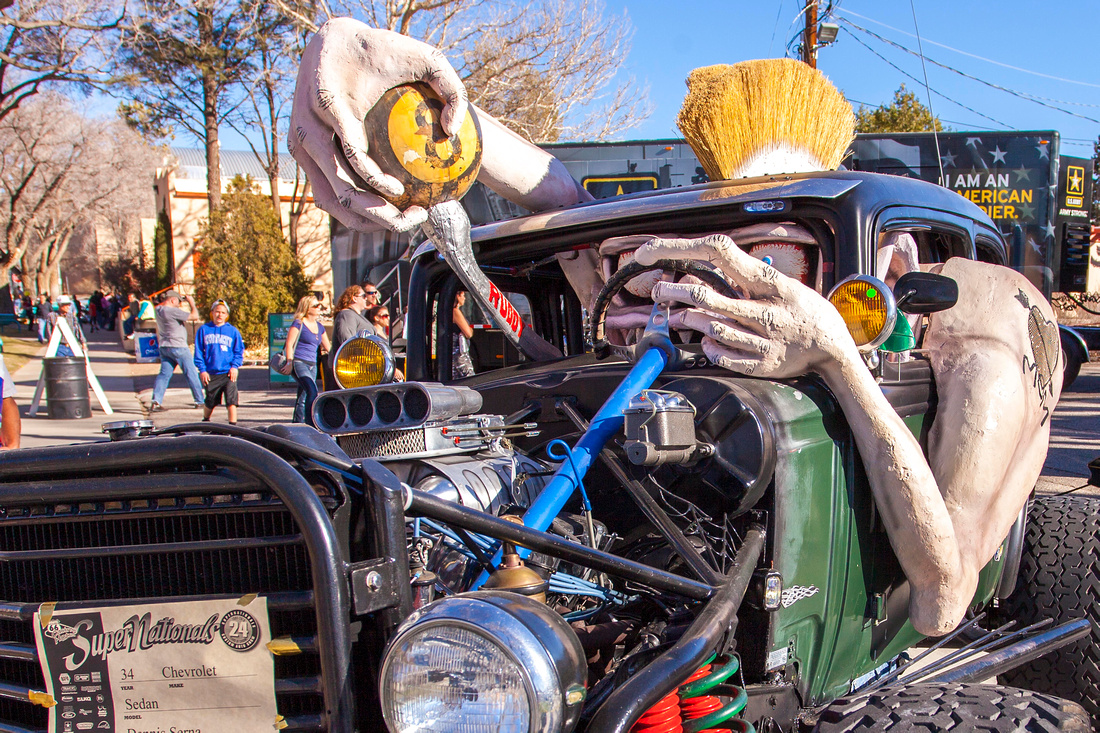 T & L Photos
Thanks, Janna!
JannaTWrites(non-registered)
Now that sounds like quite an experience! If I drove something like that, it would make the news... pedestrians, parked cars, sidewalks- nothing would've been safe. Had to chuckle at the backing it in.
T & L Photos
Thanks, Douglas!
Douglas Moorezart(non-registered)
Boy can I relate with a similar experience - You are very good writer sir!
T & L Photos
Thanks, Debra!
No comments posted.
Loading...
Subscribe
RSS
Recent Posts
Last Post on Zenfolio Walk, Run, Splash, Fly A Walk in the Snow We Wish You a Merry Catmas Cranes, Train & A Full Moon on Winter Solstice I Had A Dream Shrink Wrapped Fly Away Fire & Phantasm First Snow on the 2nd
Archive
January February March April May June July August September October November December
Timothy Price
Powered by ZENFOLIO User Agreement
Cancel
Continue