Everyone Bites the Dust 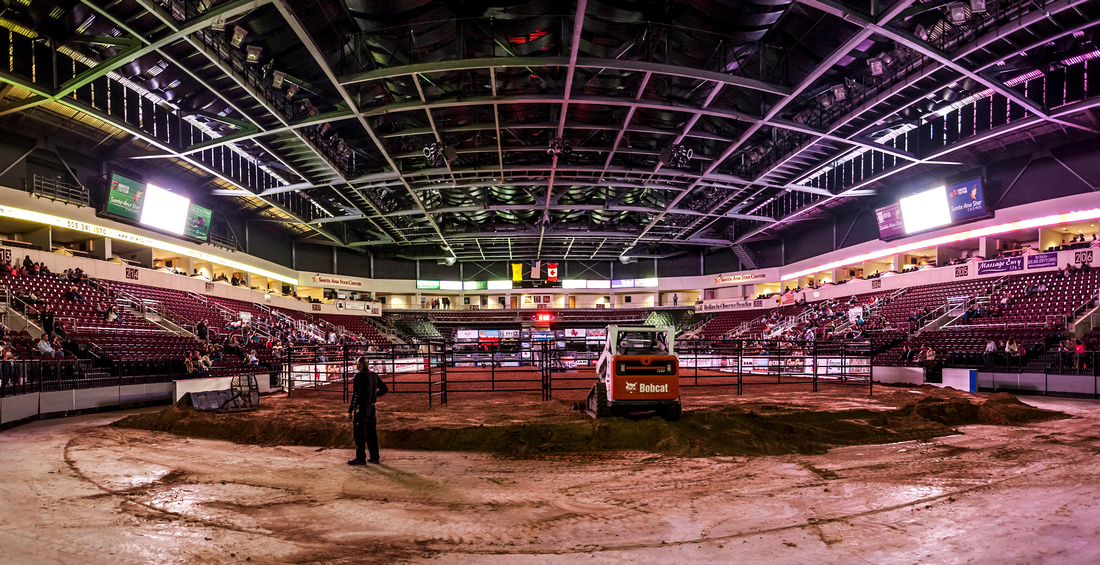 Dirt on the floor of the Santa Ana Star Center for the CBR.

I'm always surprised when people tell me they want to get out of Albuquerque because there is "nothing" to do here. I never really get from them what they define as "nothing" to do, but I find there are usually too many things I want to do, but because of conflicts in schedule, laziness or not wanting to spend the money, I don't do most of the things there are to do in Albuquerque on any given day. Saturday, January 30th was one of the days with lots of things to do — I went to the Super Nationals Car Show on Saturday afternoon, and then Saturday evening, I went to the Championship Bull Riding (CBR) "Bucking on the Rio Grande" presented by the Navajo Nation Parks & Recreation at the Santa Ana Star Center in Rio Rancho (you can watch CBR on the Fox Sports Channel). There was also a swing dance Saturday night, but I couldn't turn down a media pass, and the opportunity to photograph the CBR.

Bull riding is a very American sport that is extremely exciting to watch, and quite brutal for the riders. It's one of those sports where every competitor bites the dust after a bone jarring ride on a ton of bull (the bulls generally weigh around 1,000 pounds, but the big ones can weigh over 2000 pounds). There were 29 competitors who competed in three elimination rounds with four riders competing in the third round to determine the winner.  Each rider earns a score up to 100 points for a perfect ride on a perfect bull, which means riders rarely, if ever, score 100 points on a ride. The rider has to stay on the bull for 8 seconds, and if the the riders free hand touches the bull at anytime for any reason the clock is stopped. Each round the bulls are more difficult to ride, and in the final round only one rider stayed on his bull for the full 8 seconds and won the competition. 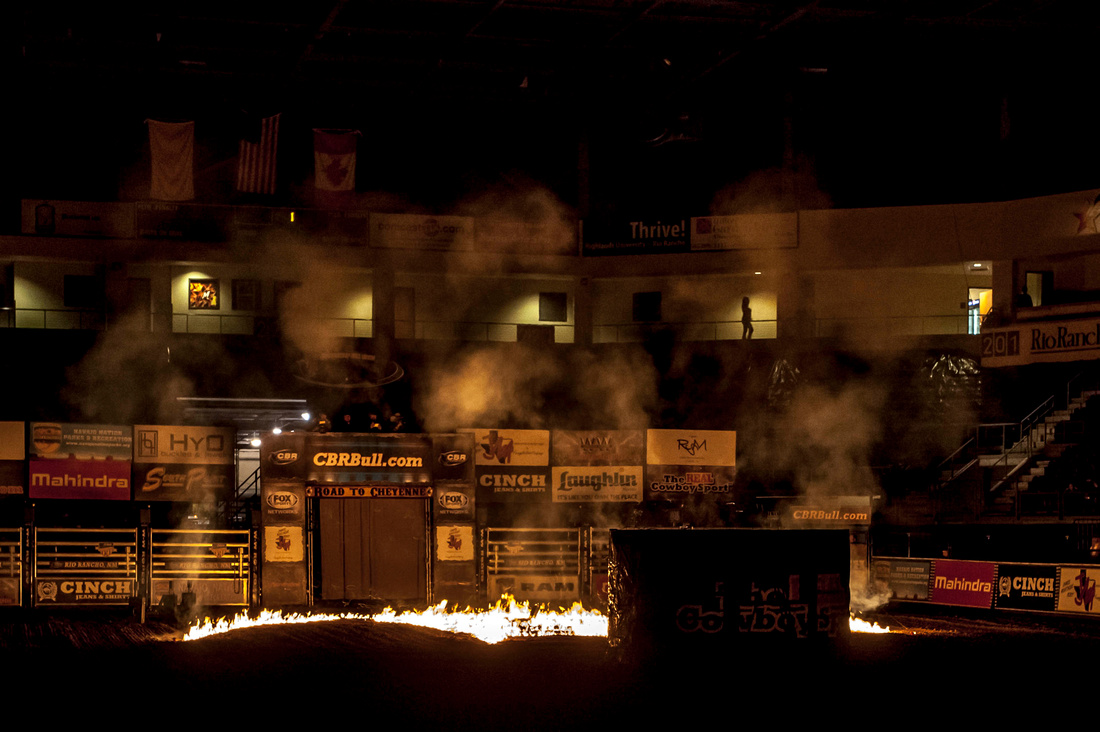 The even started with pyrotechnics. 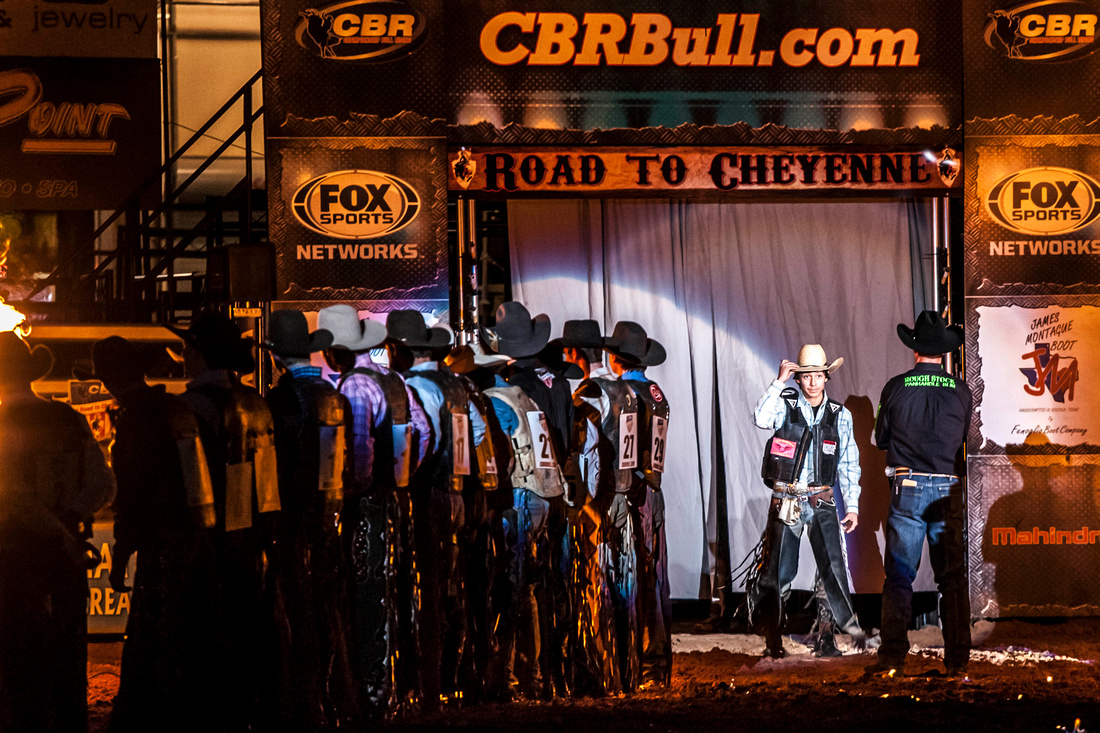 Then riders were introduced. 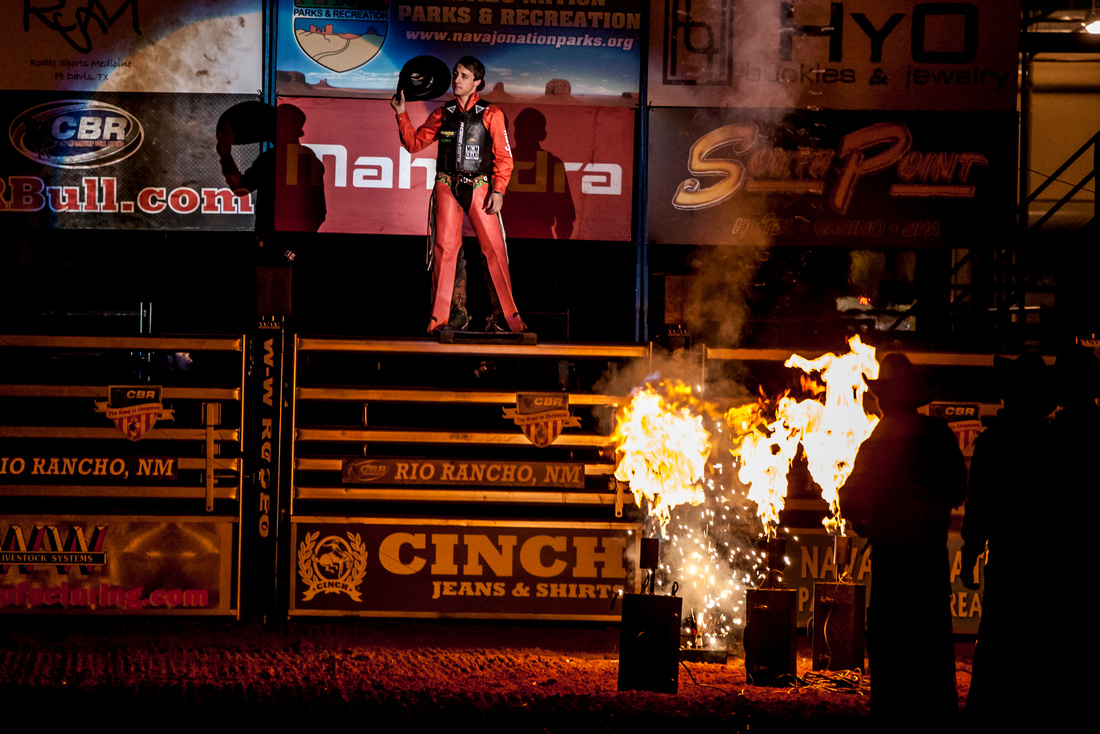 One of the Reigning Champions. 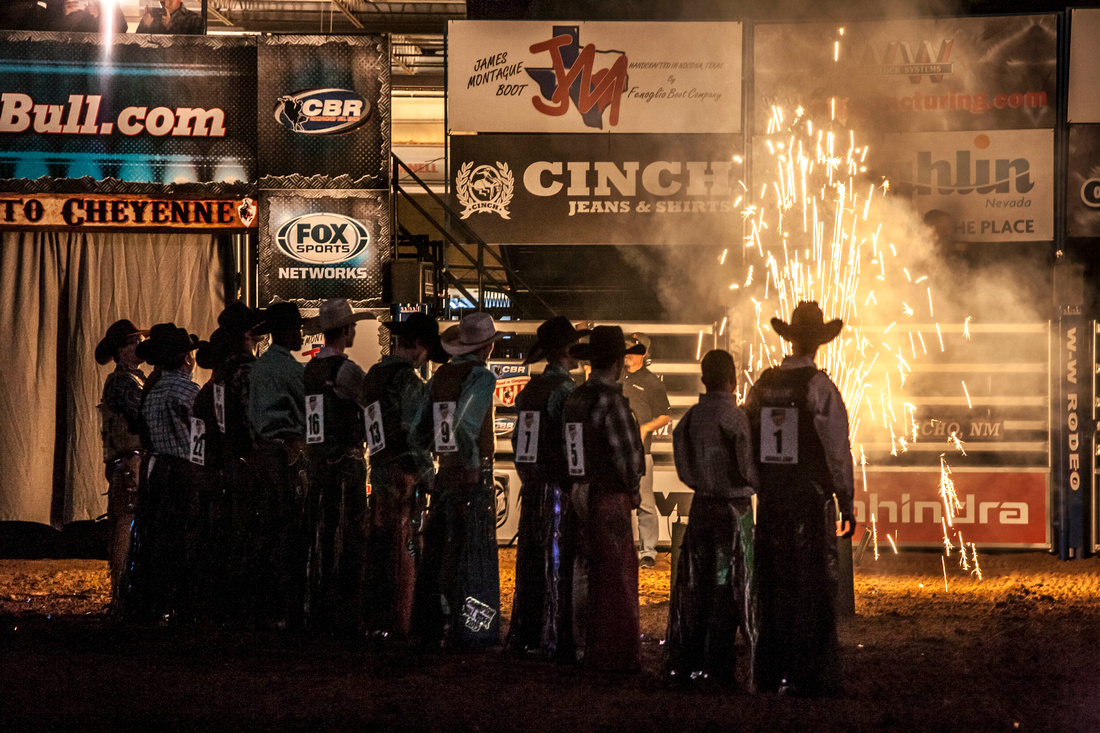 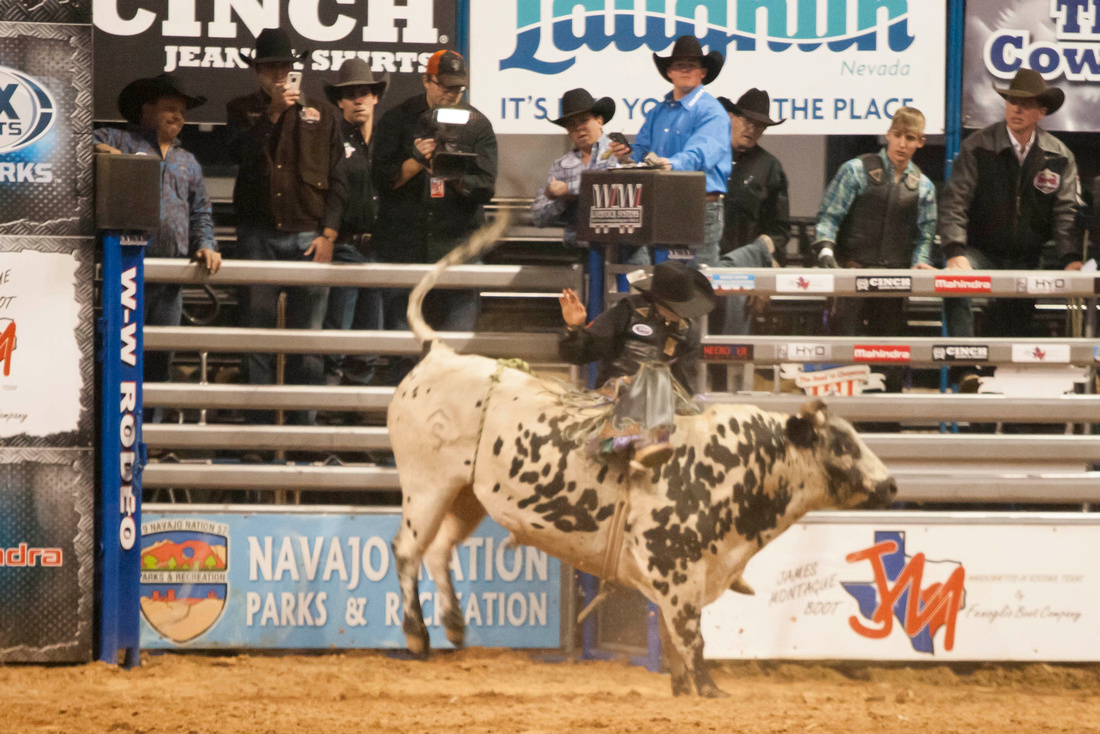 Corey Bailey from Paris, TN was the fourth competitor out of the chutes riding General Lee. 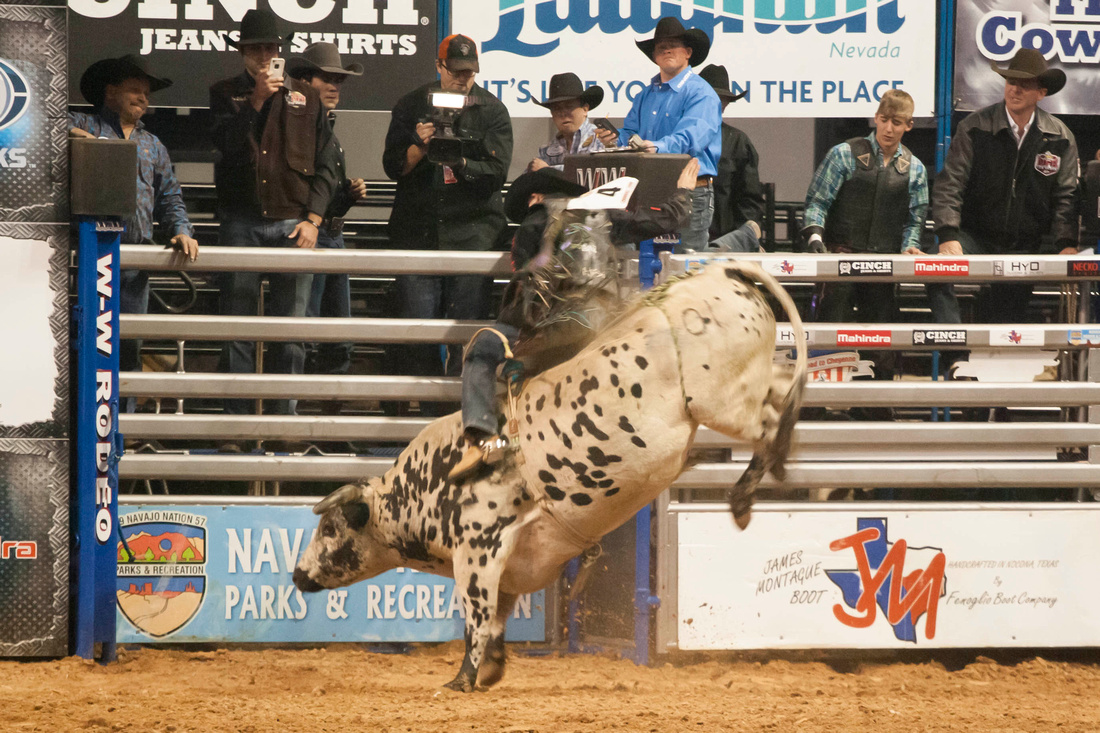 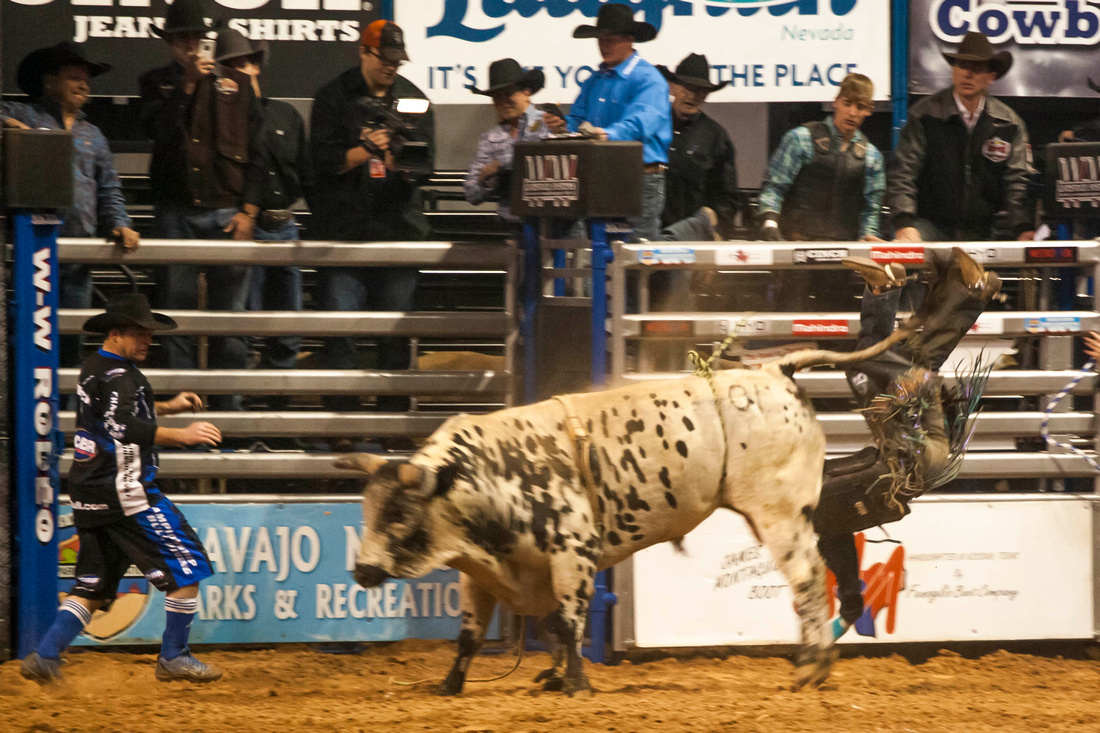 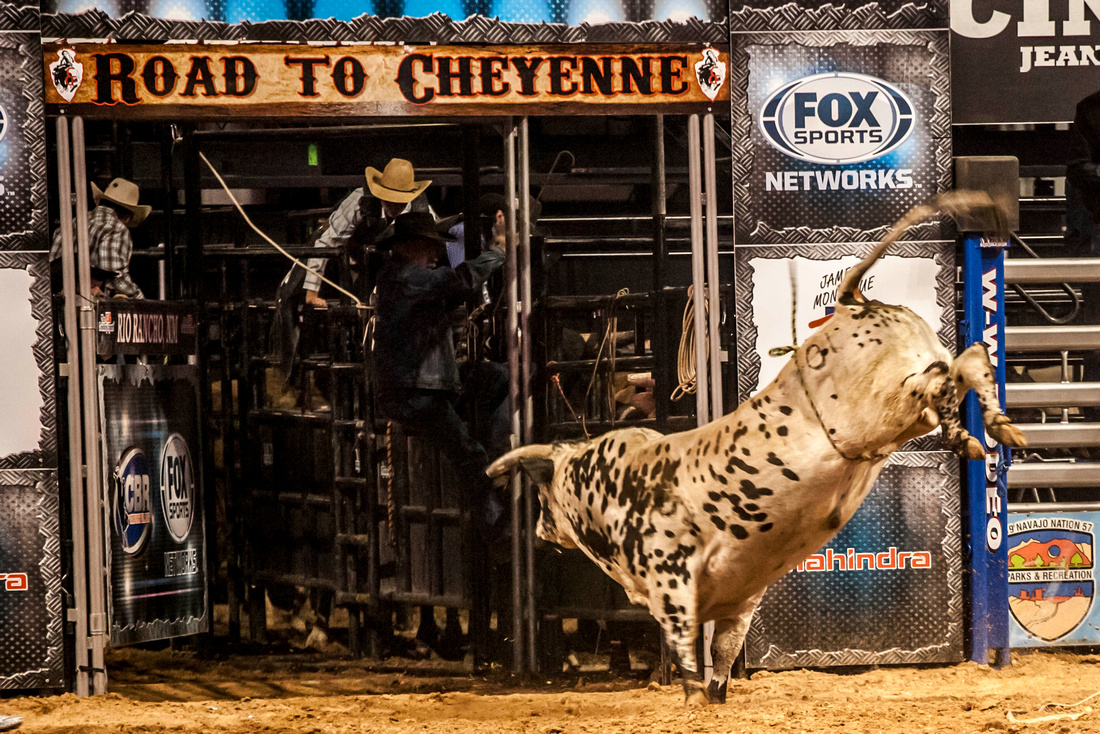 General Lee gives a final kick to the crowd before heading back stage. 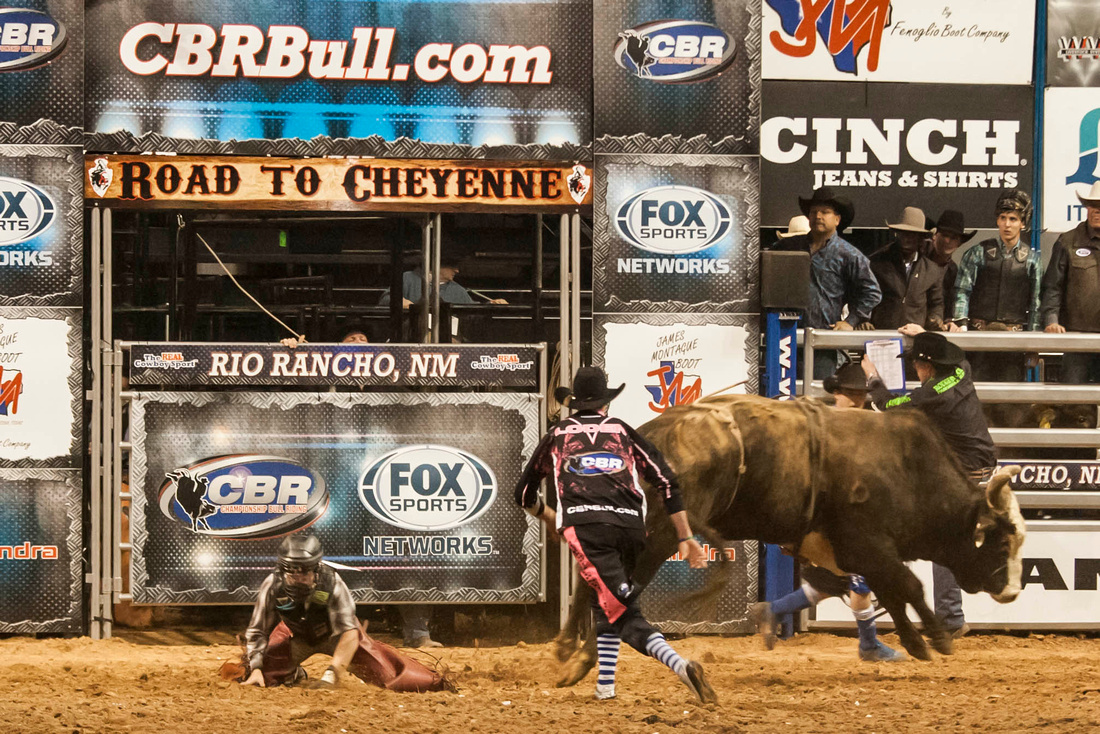 Jeffrey Ramagos from Zachary, LA lasted only a couple of bucks on No Dry Country before hitting the ground. 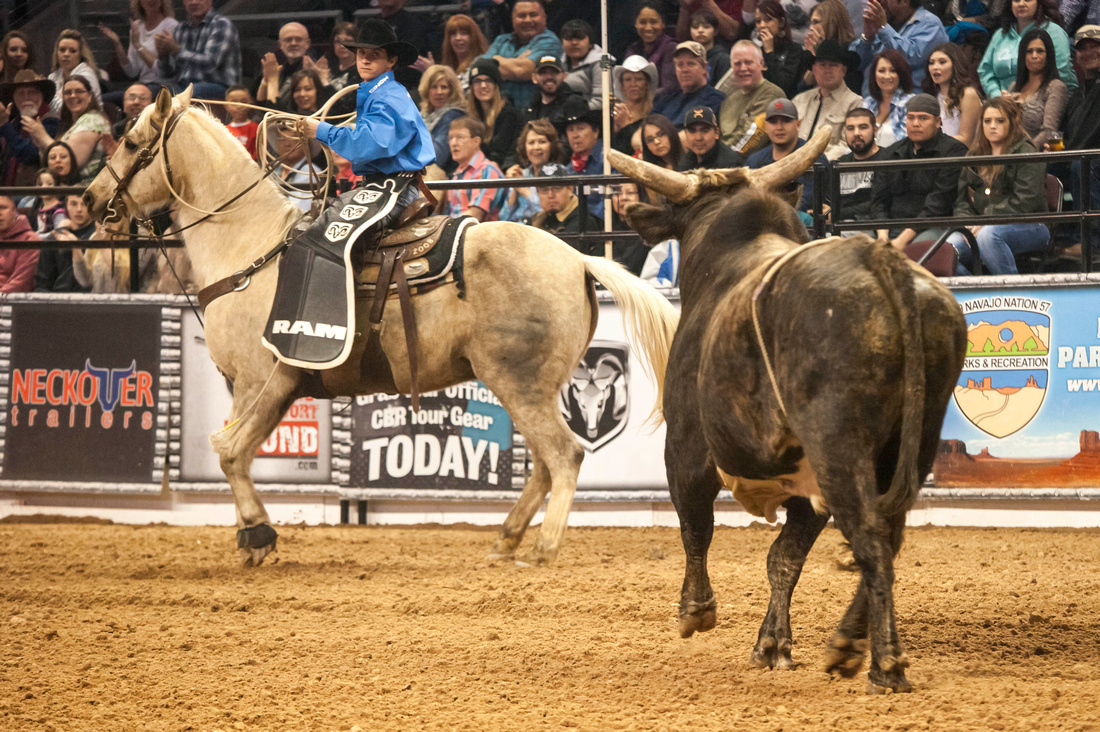 No Dry Country was an especially ornery bull who refused to leave the arena. 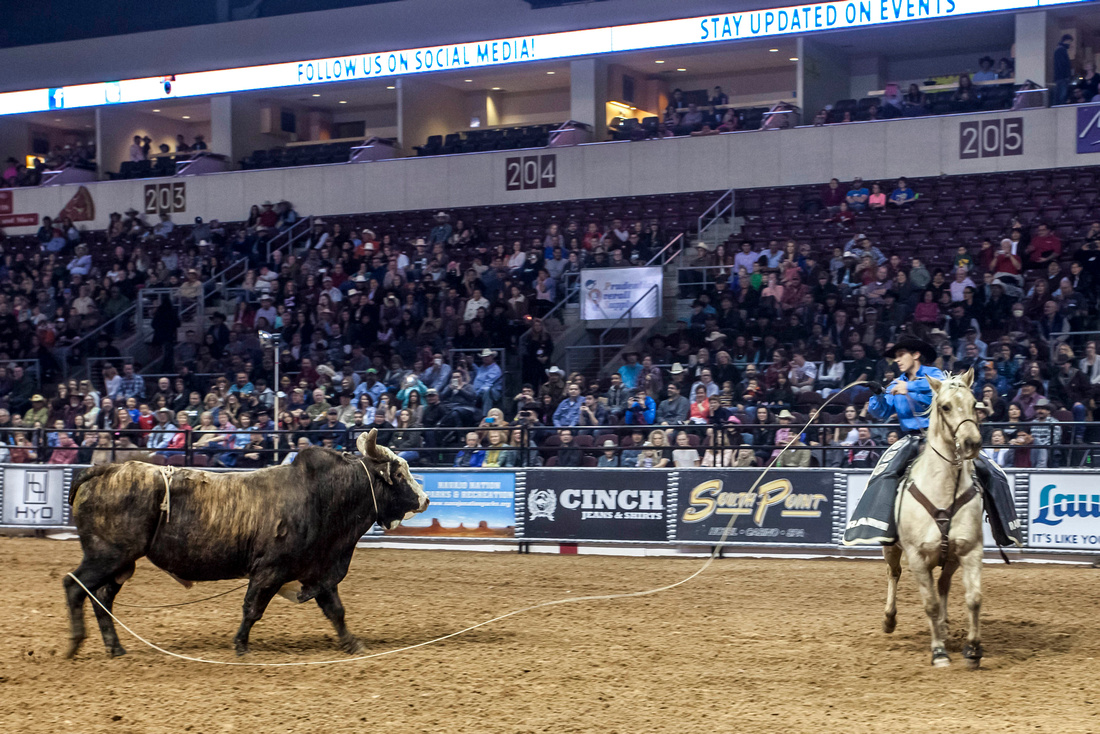 The house cowboy finally roped No Dry Country, but that didn't impress NDC, he just ran around the Fox Sports Channel camera stand in the middle of the arena, and pulled down the camera man, and his equipment with the rope. 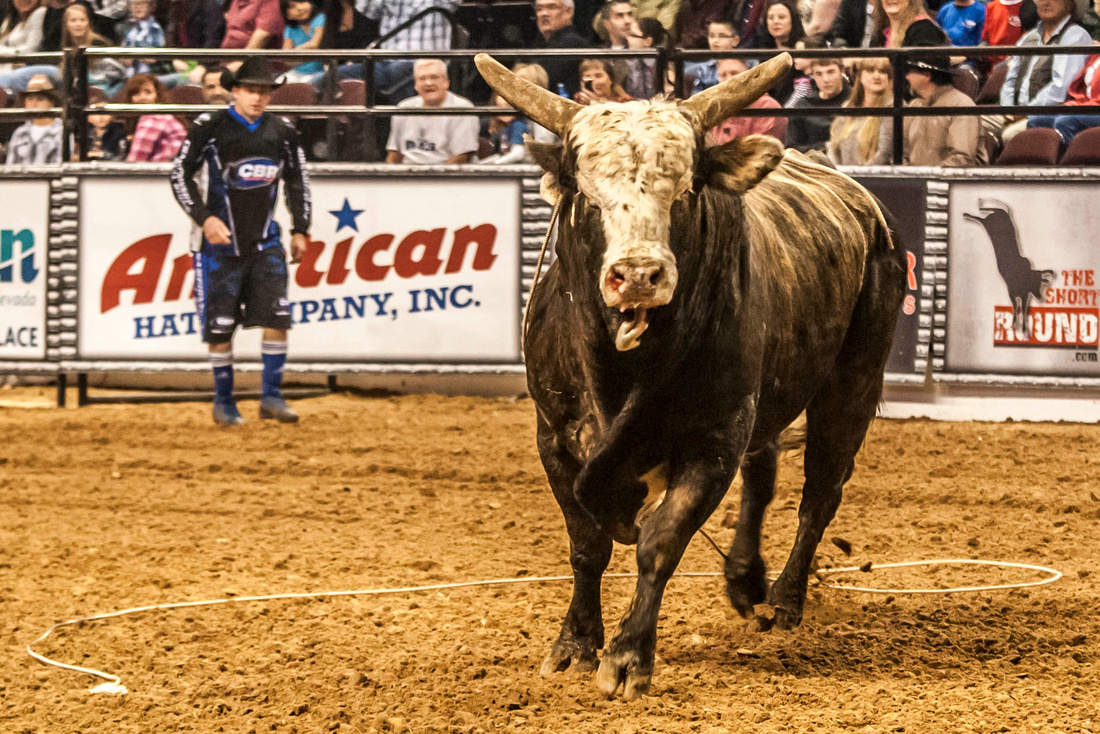 No Cry County was not giving in easily. 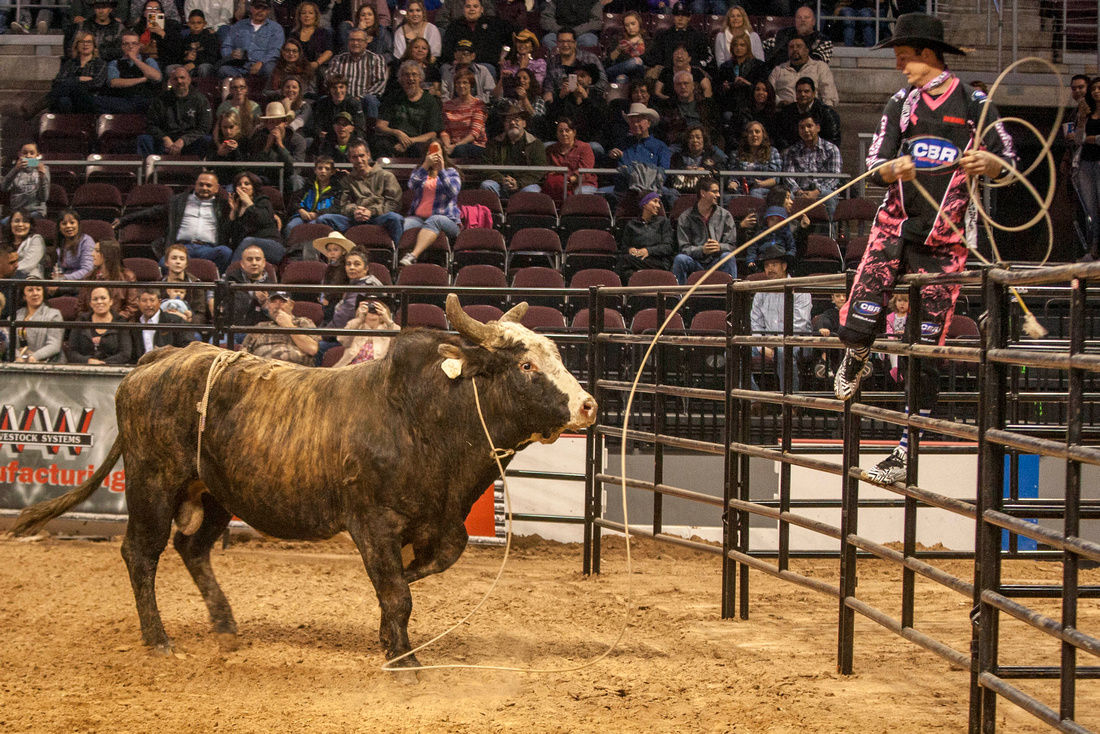 He put one of the bull handlers on the rails. 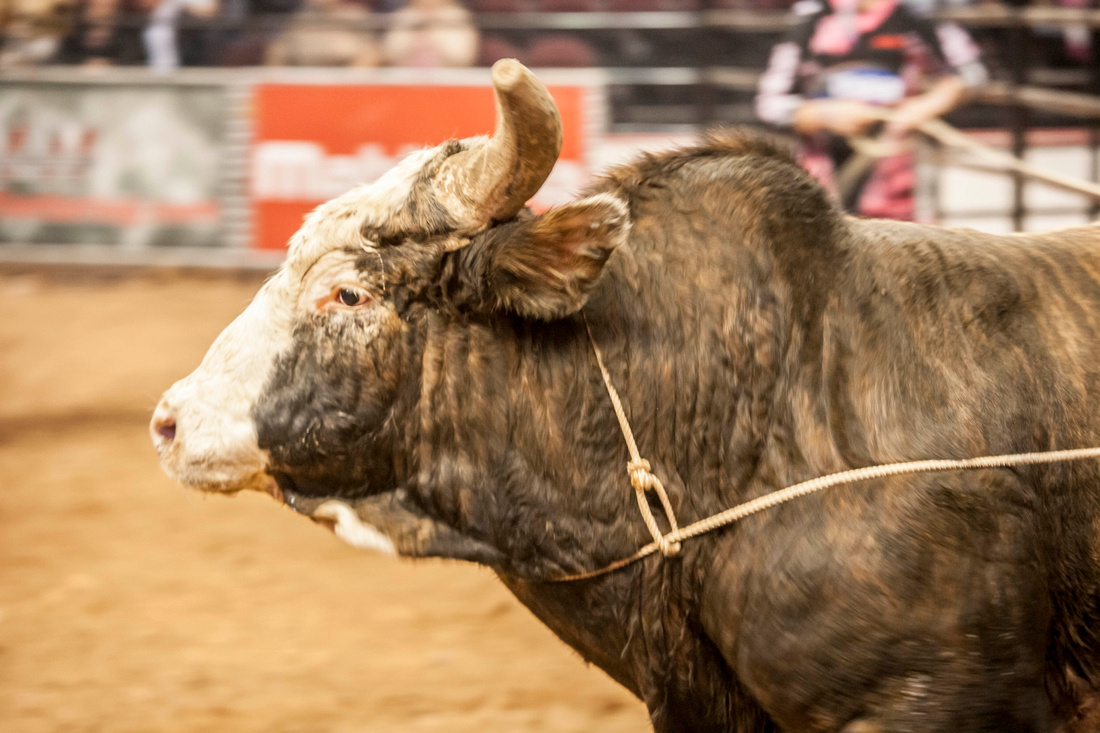 No Dry Country stopped in front of me and posed for a photo before he finally decide to run back stage. 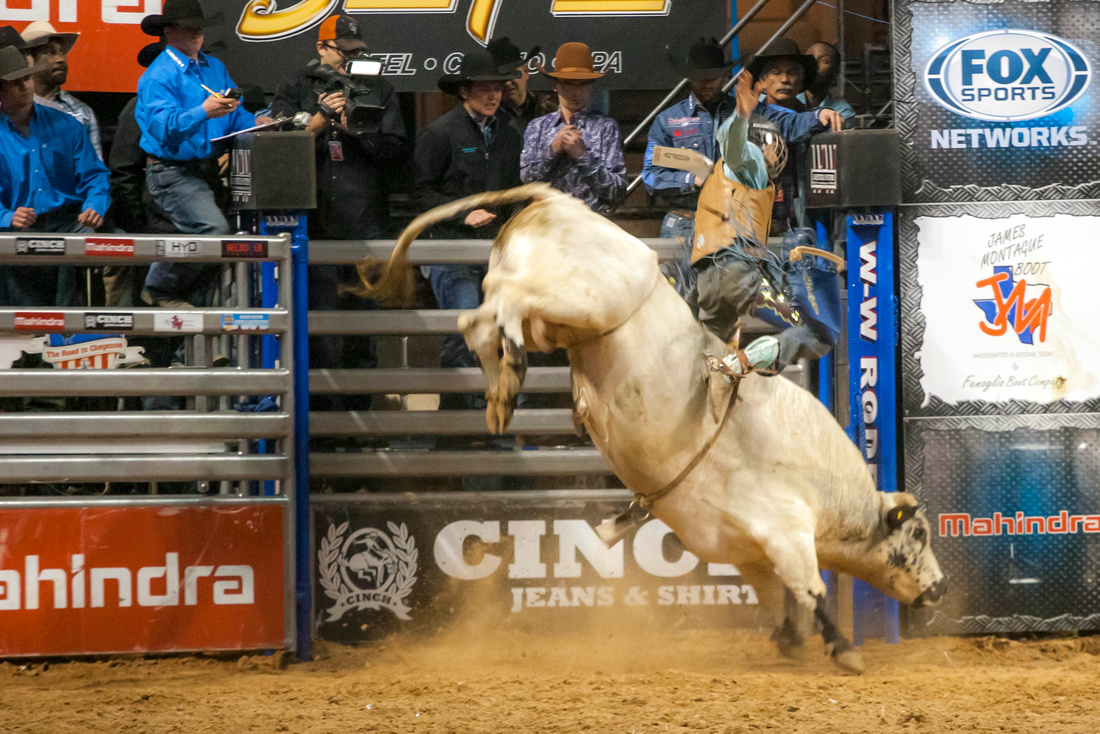 Cody Strite from McIntosh, NM had a hard time with Hard Times. 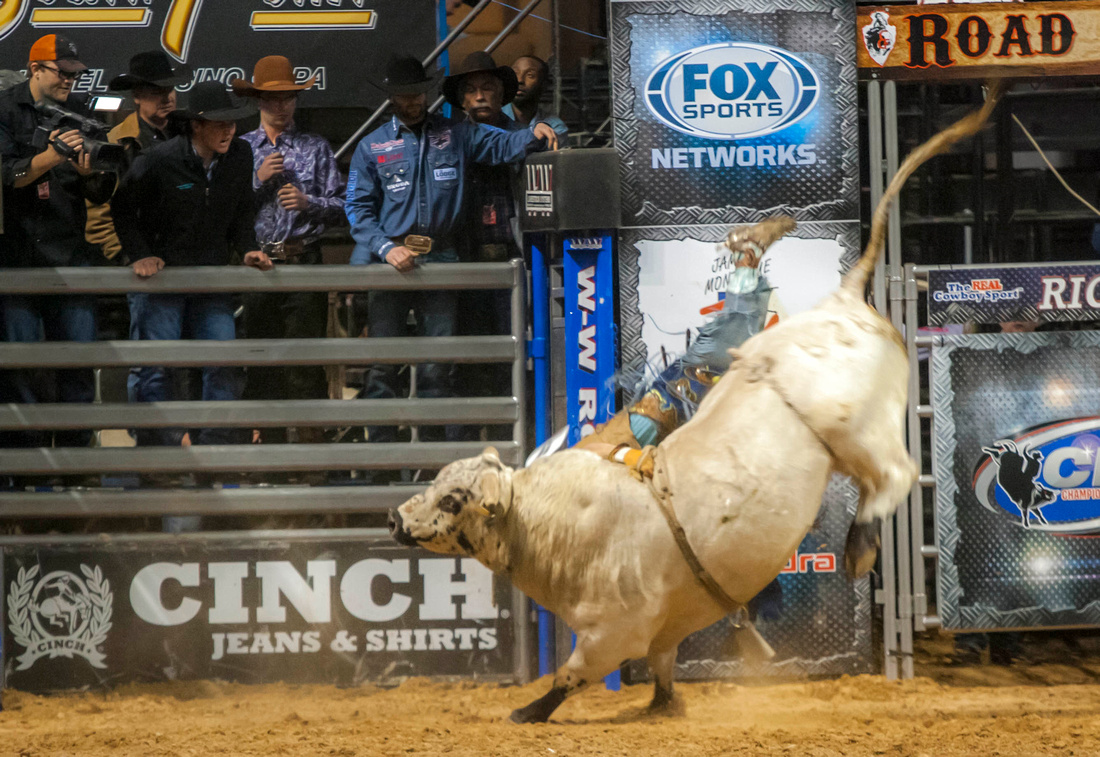 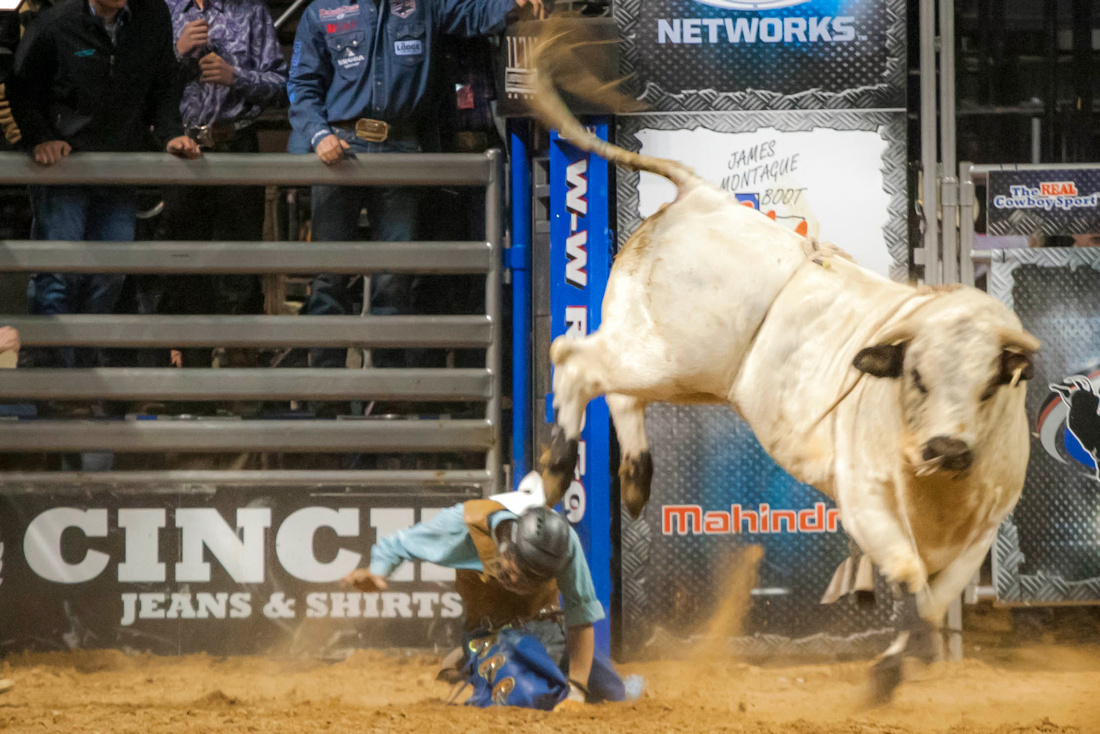 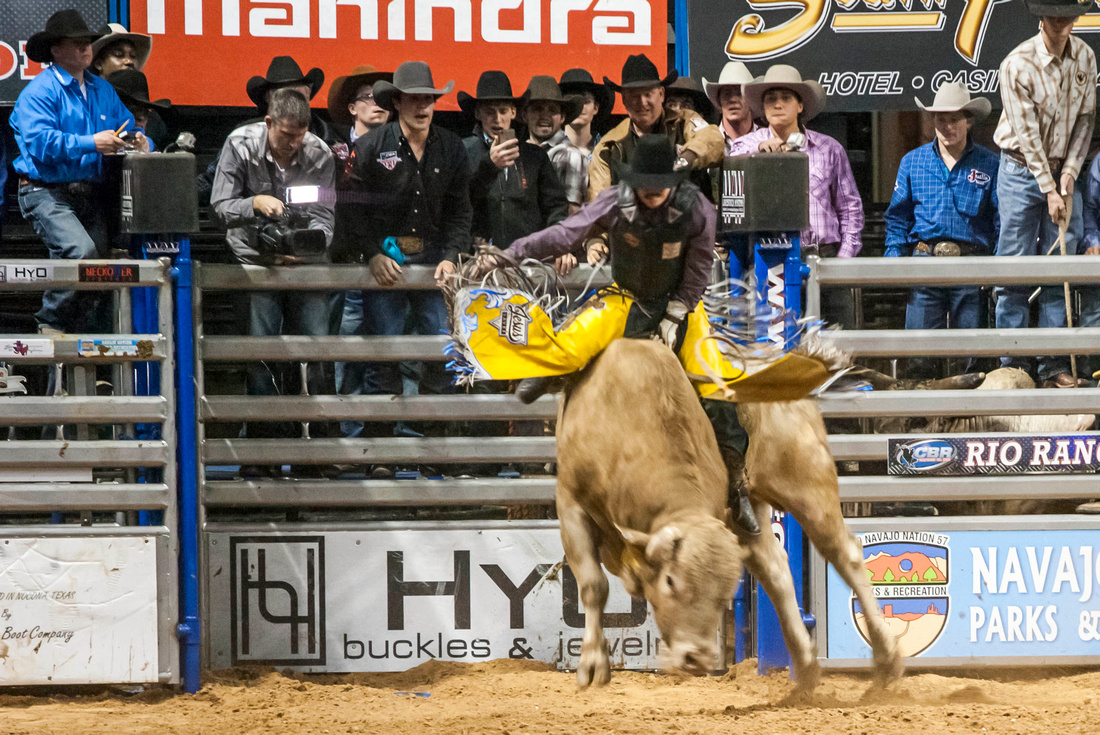 Jacob O'Mara from Baton Rouge, LA out of the chute in the final round on Yellowhair. 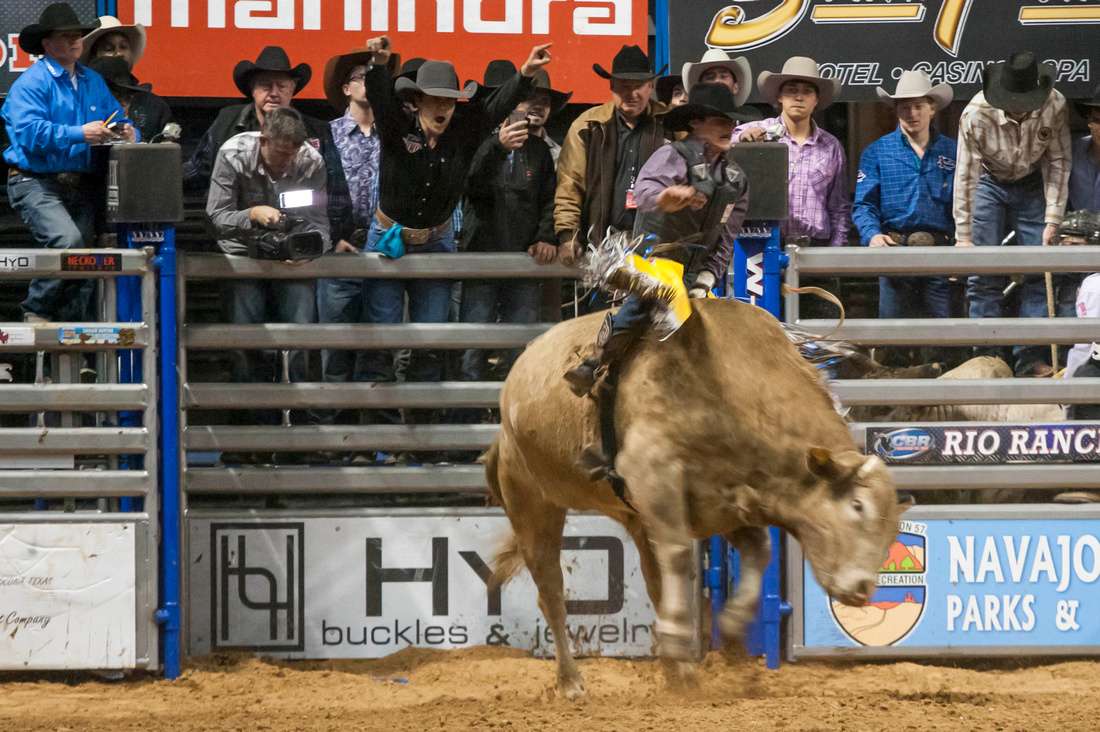 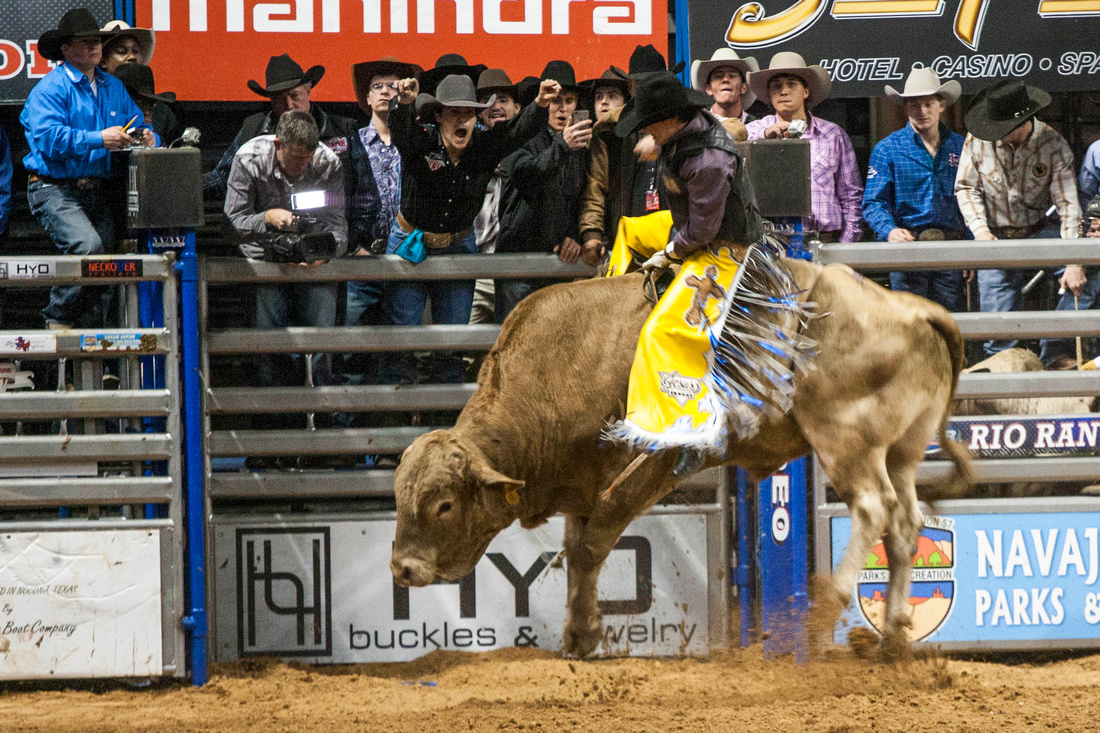 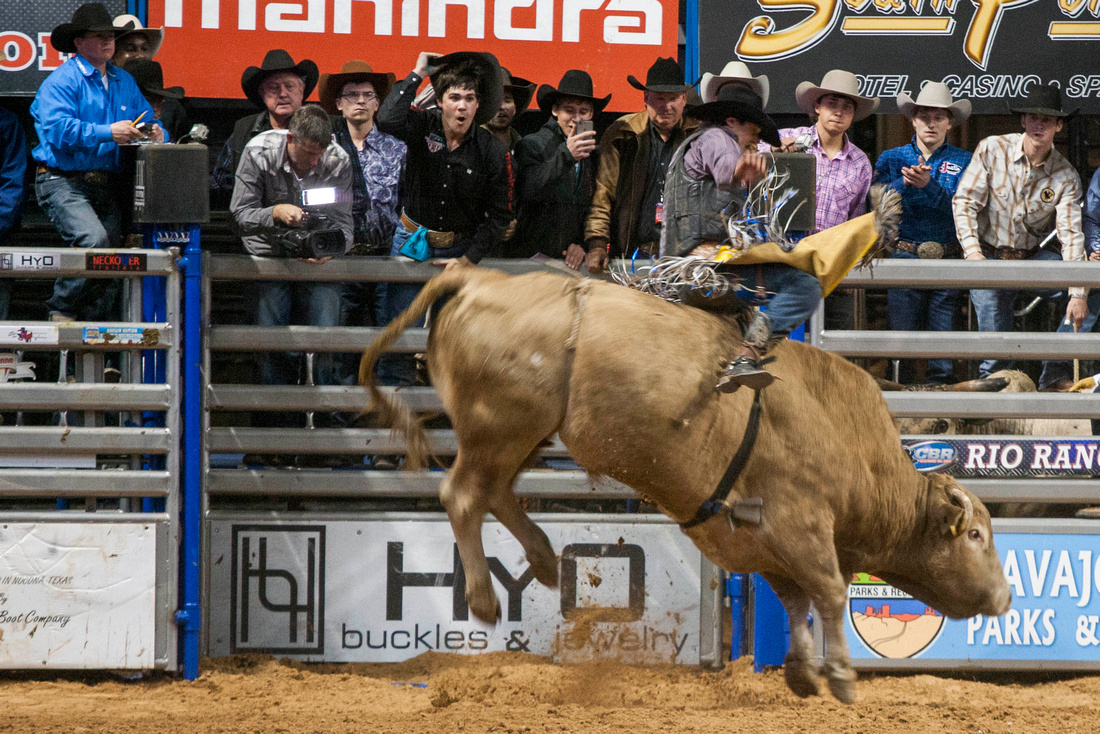 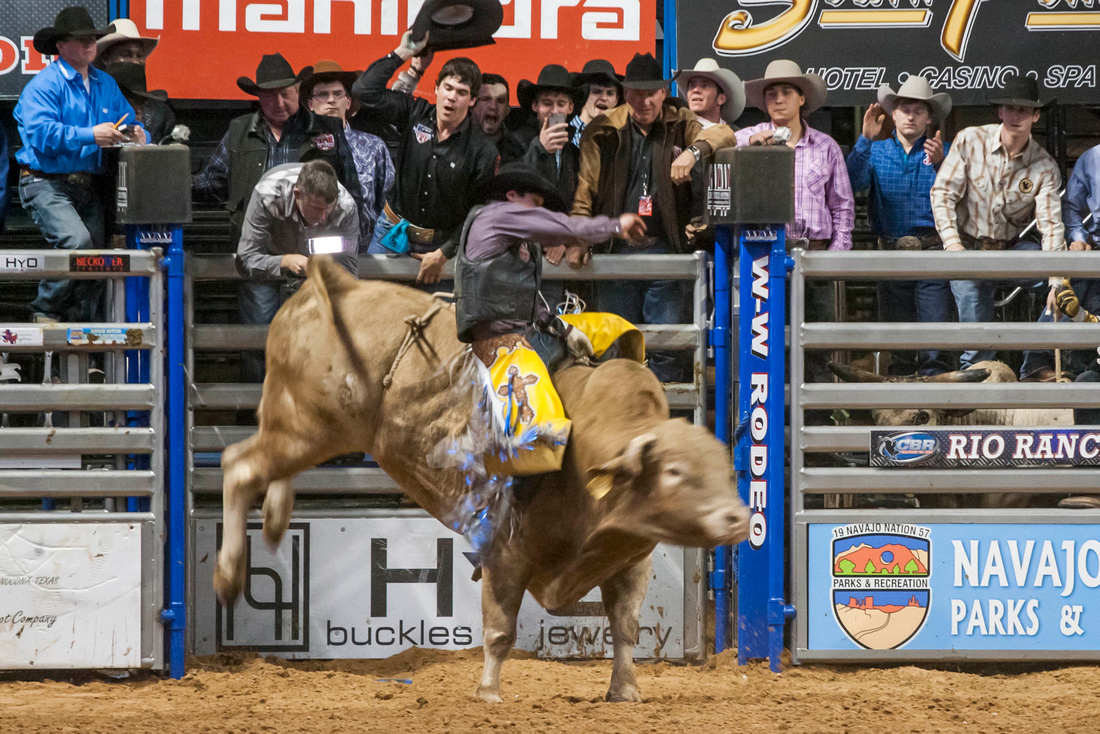 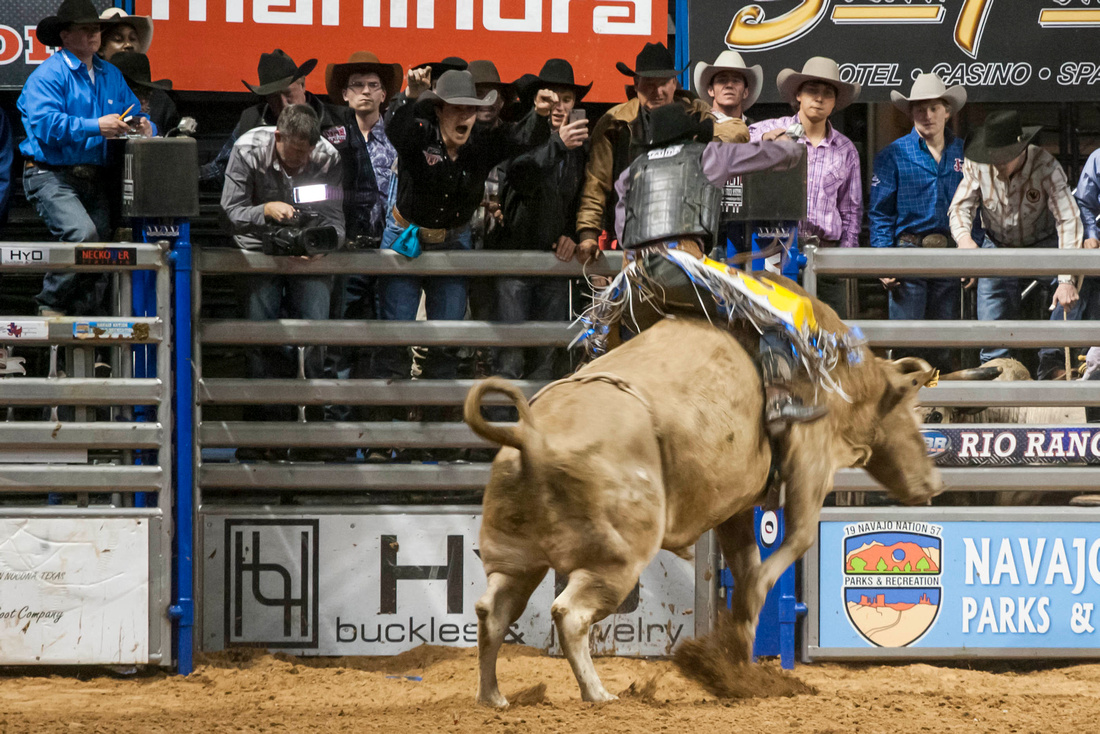 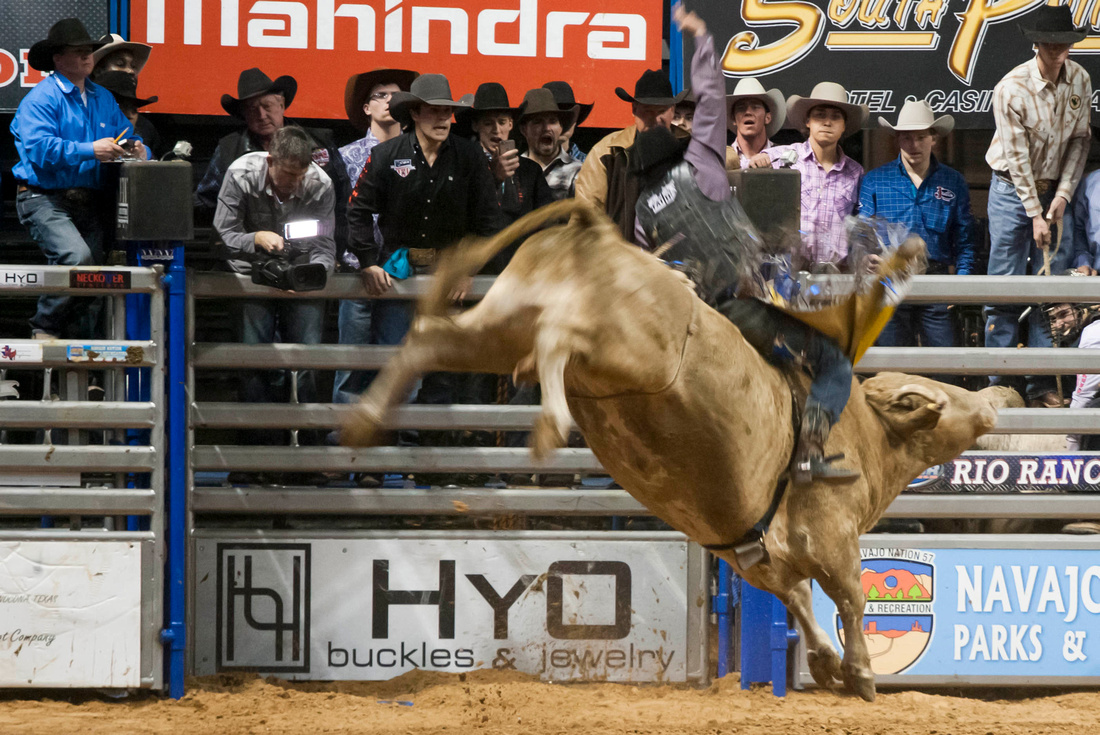 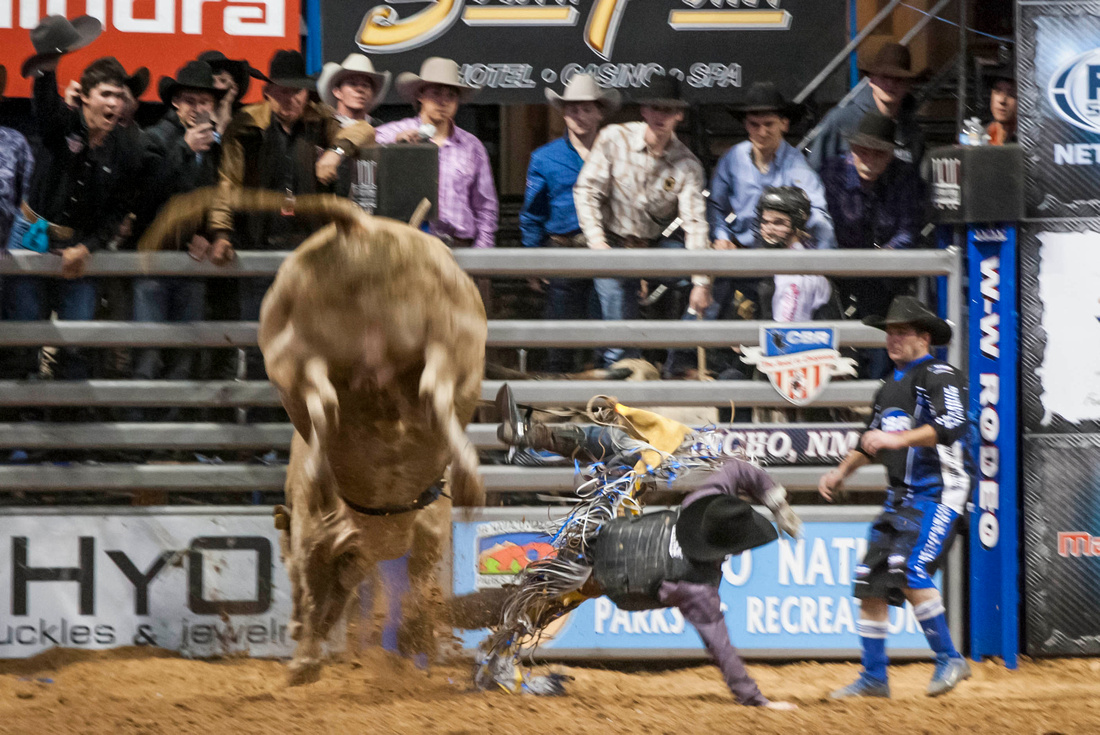 Mr. O'Mara dives to the ground after riding the full 8 seconds. 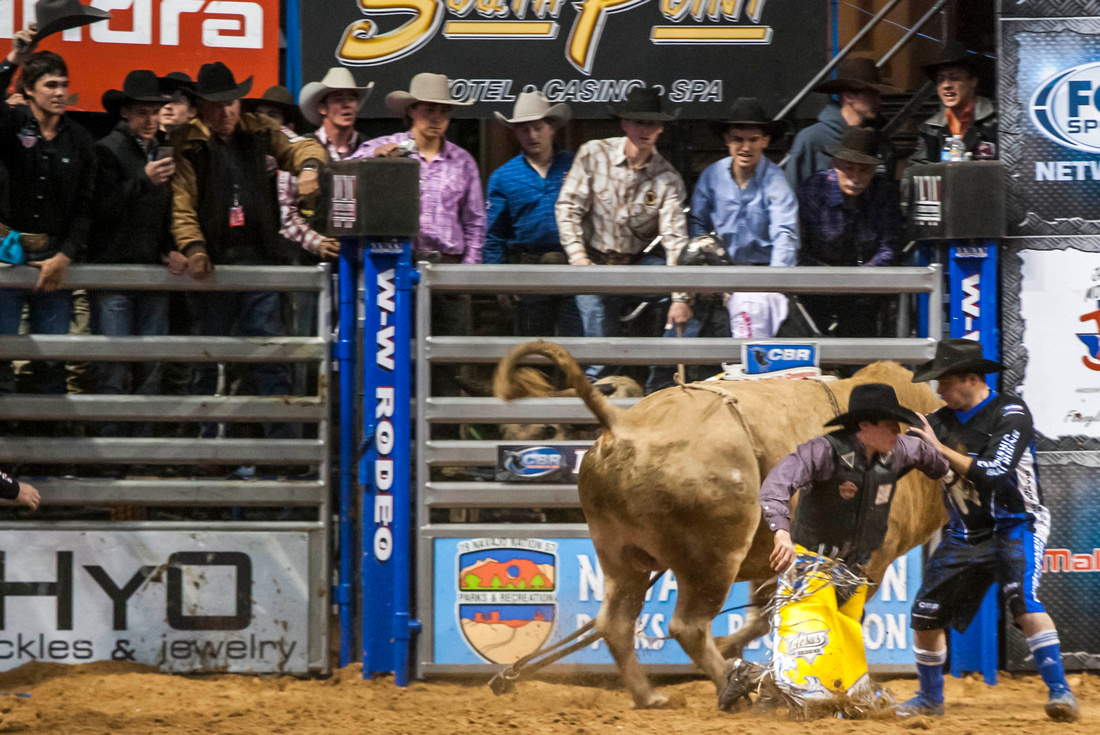 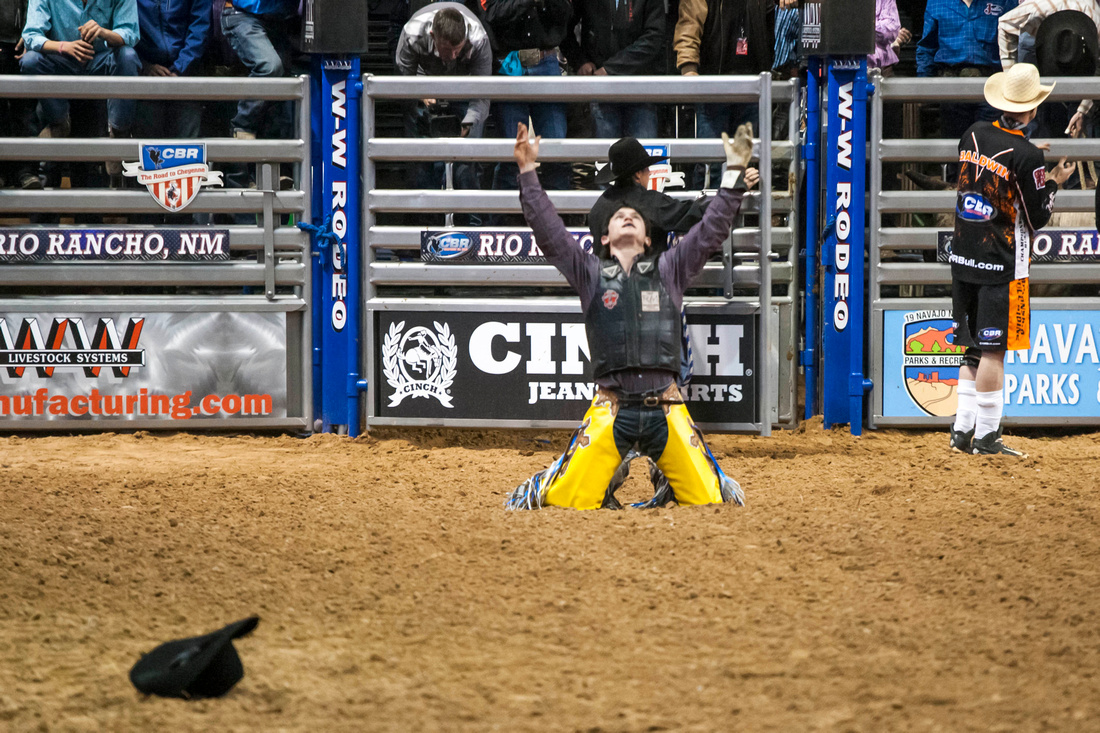 Mr. O'Mara throws his hat and raises his arms in celebration after staying on Yellowhair for 8 seconds. There was one more rider after him, but I think he knew he had won. 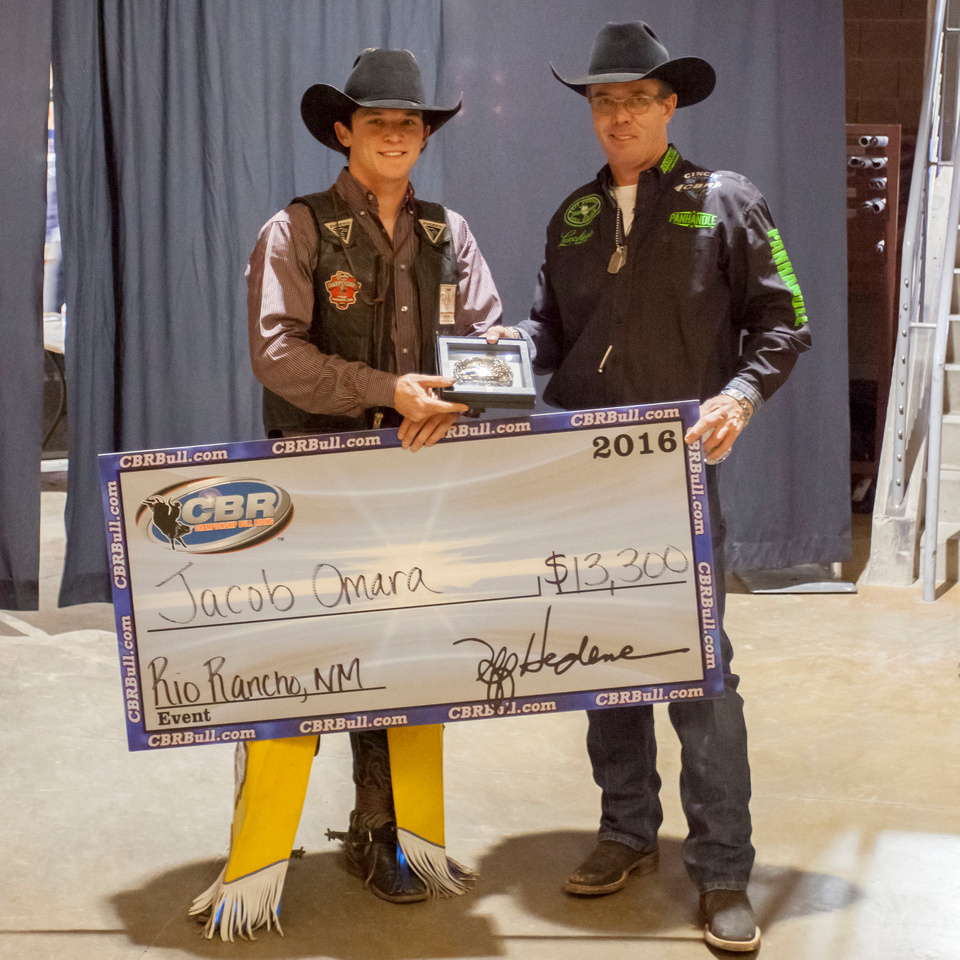 Jacob O'mara receiving his winning check and belt buckle for the press, before the official ceremony.

best essay writing service(non-registered)
I am very glad that I have come across to your blog because you have shared a one of a kind blog which has all the things in a very pleasant manner. The information you shared here is unique and informative which is very rear to see nowadays.
So keep on sharing hope to see more from you.
T & L Photos
Thanks, Teagan! The women bouncing on the foam horses was a lot of fun.
Teagan(non-registered)
Brilliantly captured shots, Tim.
But I think the bouncy things were more fun. ;) Hugs!
T & L Photos
Thanks, Harry!
Harry(non-registered)
What a breathtaking adventure this is, wow. Seen alll the pictures and Jacob O'Mara is the best one of all :-)
No comments posted.
Loading...
Subscribe
RSS
Recent Posts
Last Post on Zenfolio Walk, Run, Splash, Fly A Walk in the Snow We Wish You a Merry Catmas Cranes, Train & A Full Moon on Winter Solstice I Had A Dream Shrink Wrapped Fly Away Fire & Phantasm First Snow on the 2nd
Archive
January February March April May June July August September October November December
Timothy Price
Powered by ZENFOLIO User Agreement
Cancel
Continue