Tales From My Youth — Stranger than Fiction 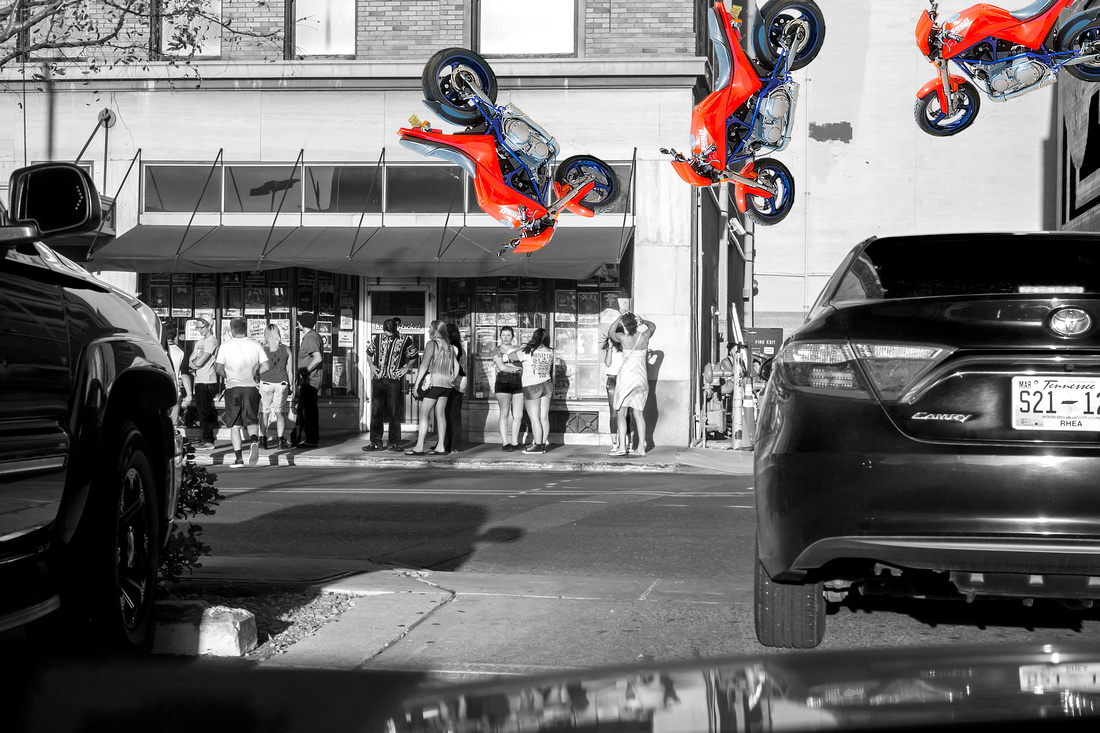 A motorcycle flying through the air and landing on someone is about as ridiculous as sharks falling from the sky and attacking people — while one is pure fiction, the other has happened.

I think the only thing he disliked more than motorcycles were dogs. Although his dislike of dogs seemed to be more of a true “fidophobia” than simply not liking dogs. I remember our dogs would start barking, and then I would hear the quick bursts of a siren, letting me know that Benji was outside wanting someone to come out to his car. If he had papers to serve my dad, he would “crack” the window on the car just enough so he could slip the papers over the top of the glass into my hands. My Saint Bernard would be looking at him through the driver’s side window, drooling on the side of his car, and he would yell something while almost sitting on the center console trying to distance himself from the large dog looking at him from outside. “Give those to your father” was barely audible as it made its way out through the slit in the window. “OK!” I would reply, as he righted himself in the seat, closed the window, and quickly backed out, leaving me standing in a cloud of dust as I watched him speed out of the driveway.

Other times he would get a call that somehow involved dogs, then he would drop by on his way to the call, and ask me through the crack he’d opened in the window if I would go with him and deal with the dogs.

I turned 13 in October 1971, the same year Corrales incorporated, and officially became The Village of Corrales. Now independent of Sandoval County, Corrales had its own governing body and police department. On the same weekend that I turned 13, dad took me and my motorcycle to the Department of Motor Vehicles in the Sandoval County Courthouse in Bernalillo and I got a motorcycle license. In the early 1970’s young people could get a restricted motorcycle license at the age of 13 in New Mexico by passing a written test and a riding test. I had no problem passing both. Not long after getting my license, I started having run-ins with the Corrales Police, AKA Benji, as I started expanding the geographic area where I rode.

I believe Benji was the only police officer in Corrales for several years after the Village incorporated, because I don’t remember dealing with other officers in Corrales until the mid-1970’s. If they had more, their shifts didn’t coincide with when I rode, but Benji’s did, especially when I was riding on the banks of the irrigation ditches on the west side of Corrales road, and the dirt roads that ran along the west side of Corrales. In the early to mid-1970’s, there were few houses on the mesa west of Corrales between Rio Rancho and the western most irrigation ditch, and there was a lot of open, sandy space between the dirt roads that ran east and west from Corrales Road up to the bottom of the escarpment below Rio Rancho.

I’d be riding along the ditch bank or one of the dirt roads at 50 to 60 MPH and I would hear a siren behind me. Instead of stopping like I was supposed to, I would just take off across the sand and through the sagebrush, leaving Benji far behind, as he could not drive his patrol car across the mesa without getting stuck in the sand. A few days later I would ride over to Corrales Market to get a Coke, and instead of taking the long way around on the ditch banks, I would get on Corrales Road and ride to the market. Benji would see me on Corrales Road and pull me over. After going through the formalities of inspecting my driver’s license, he would look at me and ask “Was that you who ran from me on the mesa the other day?” “Oh no, Benji” I would reply. “I’d never run from you. You know that!” Lying through my teeth. Of course he knew I was lying and would tell me he better not catch me speeding on the ditch banks. There were no posted speed limits on the ditch banks or most of the dirt roads back then, so what speeding on them was was questionable.

This ended up being a big game, as I continued to ride fast on the ditch banks, dirt roads and Loma Larga, and then evade Benji by taking off across country when he would see me “speeding” and give chase. Then he would stop me later when I went to Corrales Market, which was fairly often. Of course, Benji could have given me a ticket for riding a dirt bike with no lights or license plate on Corrales Road, but he never did. Now days, in our culture of zero tolerance, if a teenager tried to evade the Corrales police on a dirt bike, he would get chased down by a cop in an SUV, and mostly likely be charged with multiple felonies.

I eventually quit riding dirt bikes, moved up to big street bikes and then sold my last motorcycle when Laurie and I got married in 1982. Benji left the Corrales Police Department in 1986, and I had not heard anything about him until someone handed me a “Corrales Comment” in July 2008 with a headline that read “Benji Torres Dies in Accident”.

The article explained how on June 14, 2008, Benji was waiting for his wife to pick him up after his car broke down on State Road 52 in Sierra County in southern New Mexico. State Road 52 runs west from Elephant Butte Lake through the Gila National Forest to the Western edge of New Mexico. In 2007, Benji and his wife had opened the Cuchillo Creek Cafe in Cuchillo, NM which is on State Road 52.

When his wife arrived where he was waiting for her, she made a U-turn in front of a motorcyclist, who hit her truck — the motorcycle became airborne, flew through the air, landed on Benji and killed him. That was one of the strangest stories I ever read, and thought it was ironic that as much has Benji disliked motorcycles he would be killed by one flying through the air and landing on him. 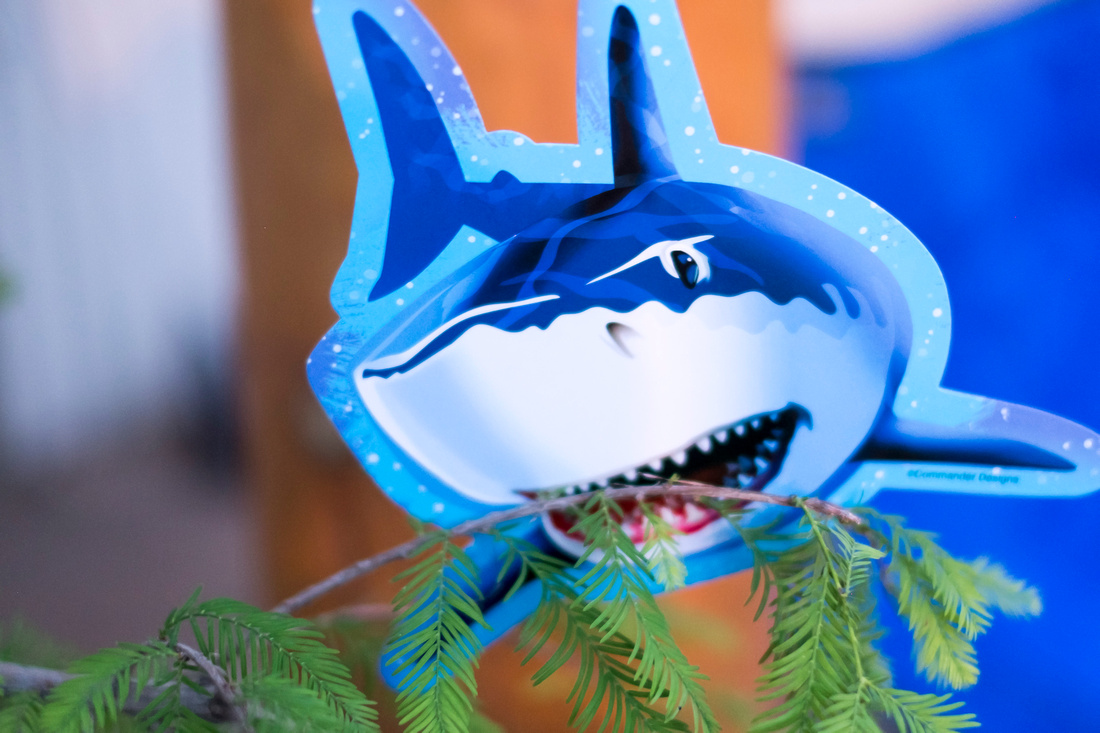 Shark falling from the sky 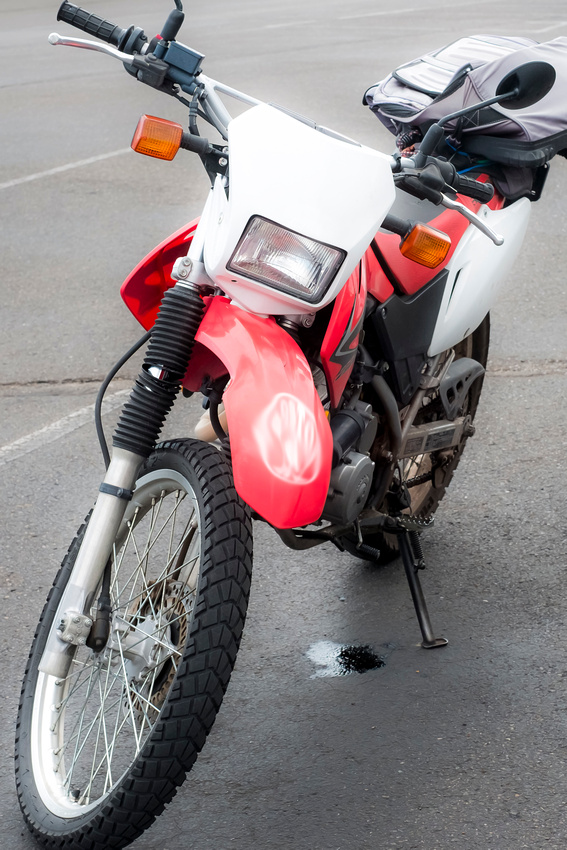 T & L Photos
Thanks, Janna!
JannaTWrites(non-registered)
I like the progression of the first photo. This was a sad story, though. It's cool you had a good relationship with the police officer. There was a time when my mom and aunt worked at a sheriff's office. There was one officer they liked particularly well, and they were devastated when he was killed (I think it was in a fire, but I don't know for sure... I was young and got my information from eavesdropping, haha.)
T & L Photos
Thanks, Miz Shaaz! You do have to wonder.
MizShaaz(non-registered)
Oh my! What a story. I do often wonder if humans have a way of breathing life in to the things we like and dislike and if it is possible for those things to affect us physically. Really Really cool what you did with the first photo.
T & L Photos
Thanks, Susan!
No comments posted.
Loading...
Subscribe
RSS
Recent Posts
Last Post on Zenfolio Walk, Run, Splash, Fly A Walk in the Snow We Wish You a Merry Catmas Cranes, Train & A Full Moon on Winter Solstice I Had A Dream Shrink Wrapped Fly Away Fire & Phantasm First Snow on the 2nd
Archive
January February March April May June July August September October November December
Timothy Price
Powered by ZENFOLIO User Agreement
Cancel
Continue