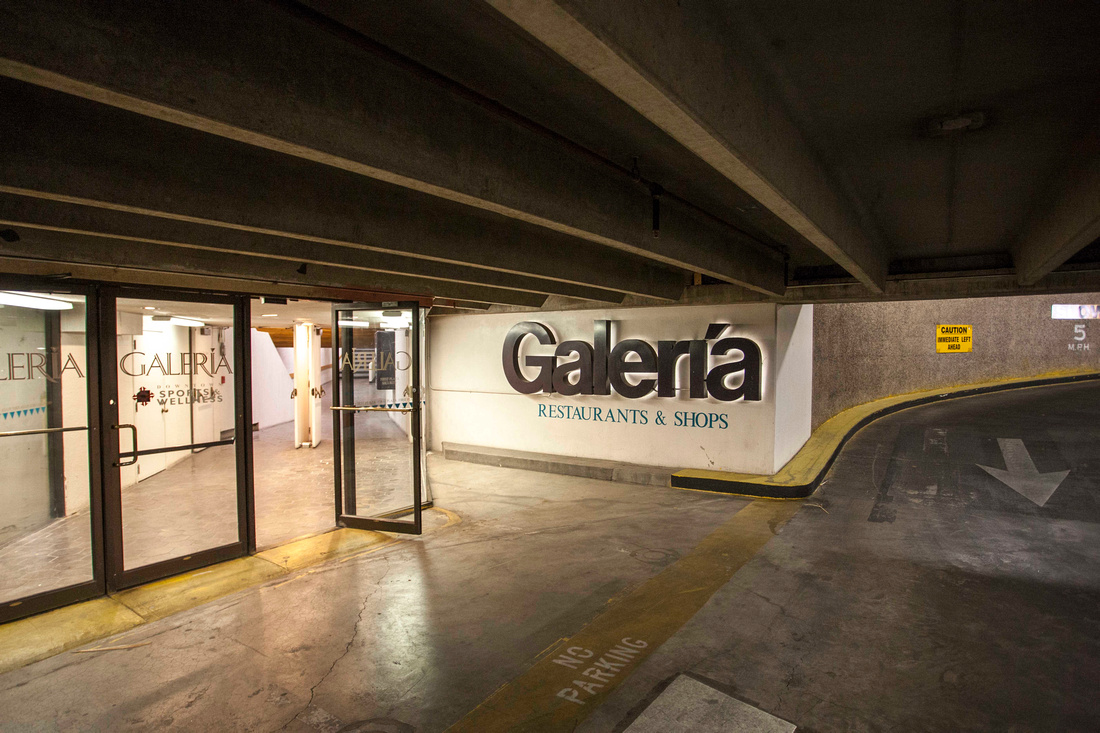 When Bruce and I were in the parking area under Civic Plaza photographing the supports, Bruce suggested we go through the Galería on our way out. That seemed like a good idea. I haven't been in the Galería in years even though I pass by it at least once a week walking around downtown. I never go into the Galería because I have no need to — apparently, nobody else has much need to go into the Galería either, because it's basically empty. Most of the spaces are vacant, and I only saw a couple of people in the area while I was photographing it. The fountain is dry, the escalators are off, blocked by planters, and they create an "X" blocking an easy exit to the ground floor above — in order get out of the Galería, we had to either go back through the garage the way we came in, or find our way to the end with the gym and exit at the kiosk on Second Street.

Running on empty, the architectural shapes are interesting, and photogenic with no one in them. Coming in from the parking area under Civic Plaza, passing through the long tunnel becomes dreamlike as you enter into a silent, empty space that should be filled with the sounds of people getting on with their business, shopping, enjoying a meal, sitting at tables and visiting over coffee in the commons, riding up and down the escalators on their way in and out of the Galería, a place that should be teaming with energy and life. But you stand alone, in silence, in a perfectly preserved place, like there's not a living soul around, except you. 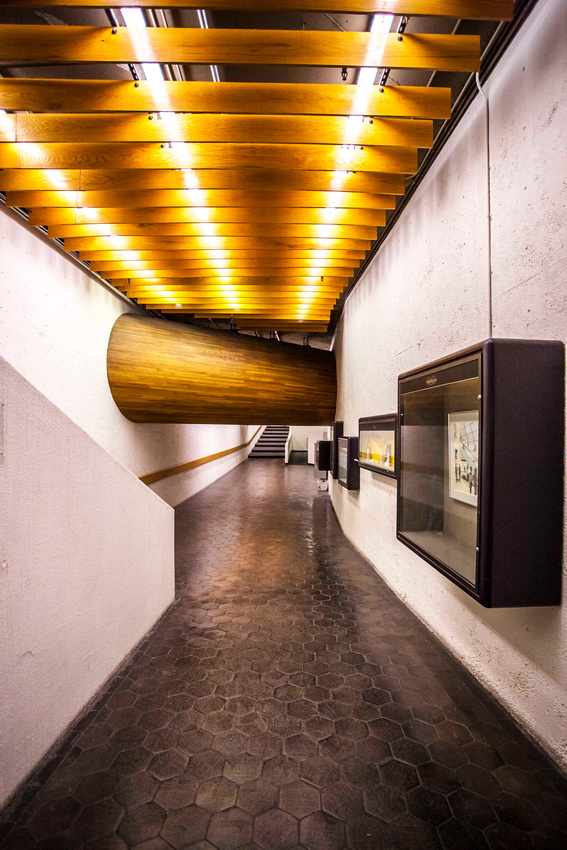 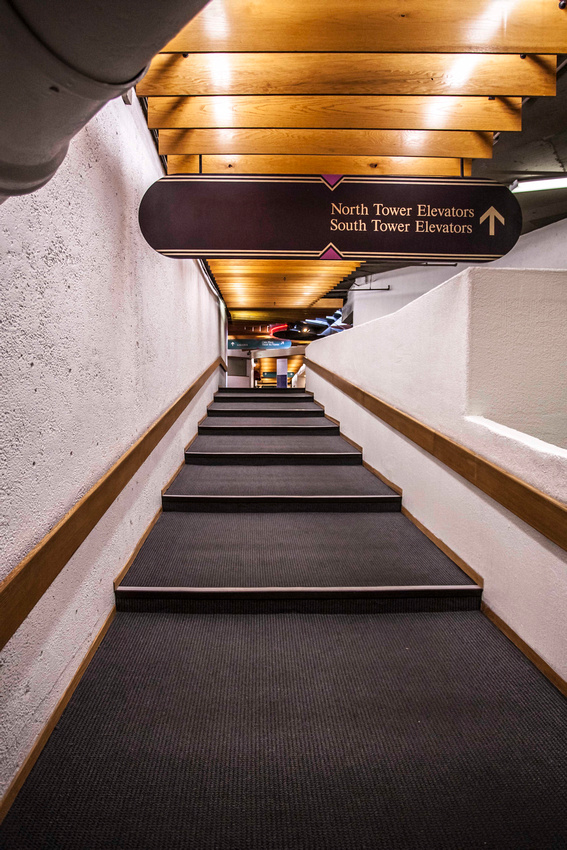 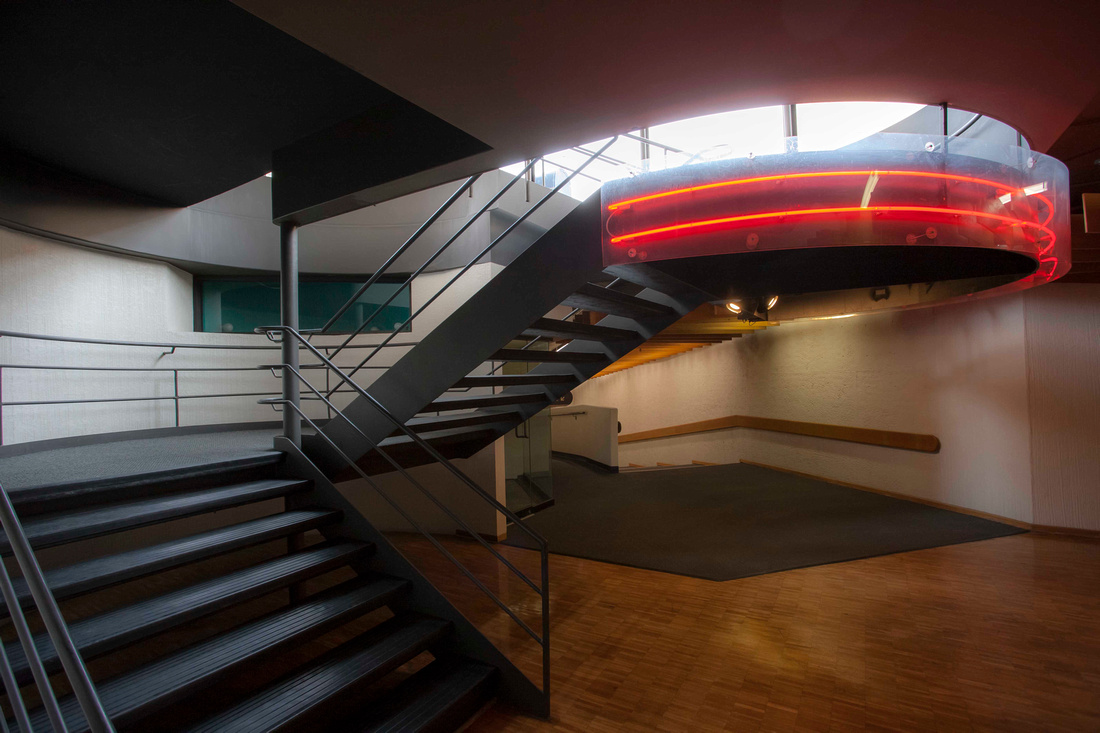 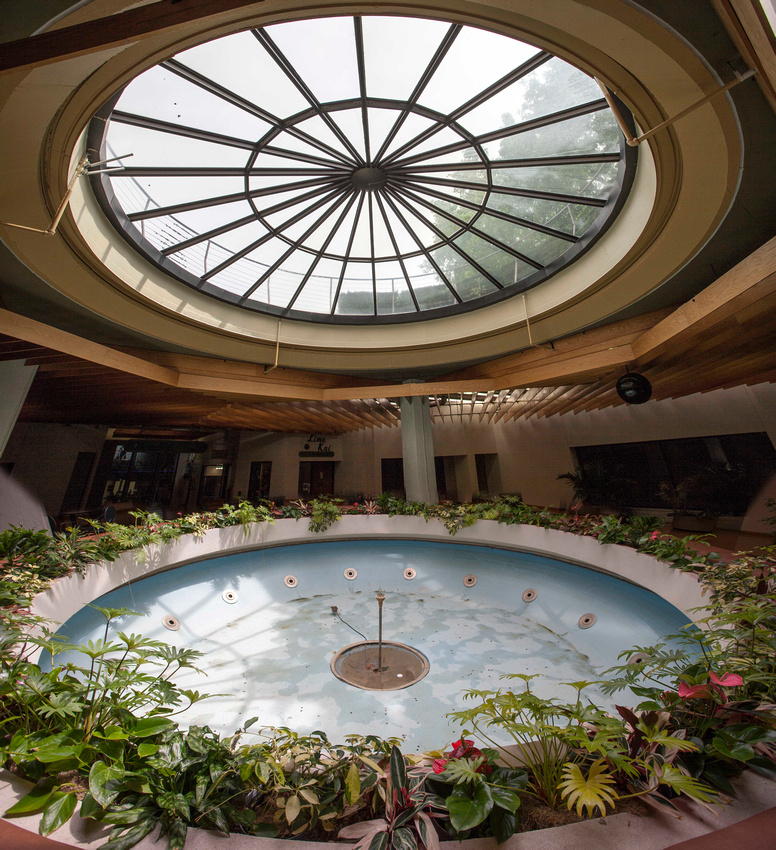 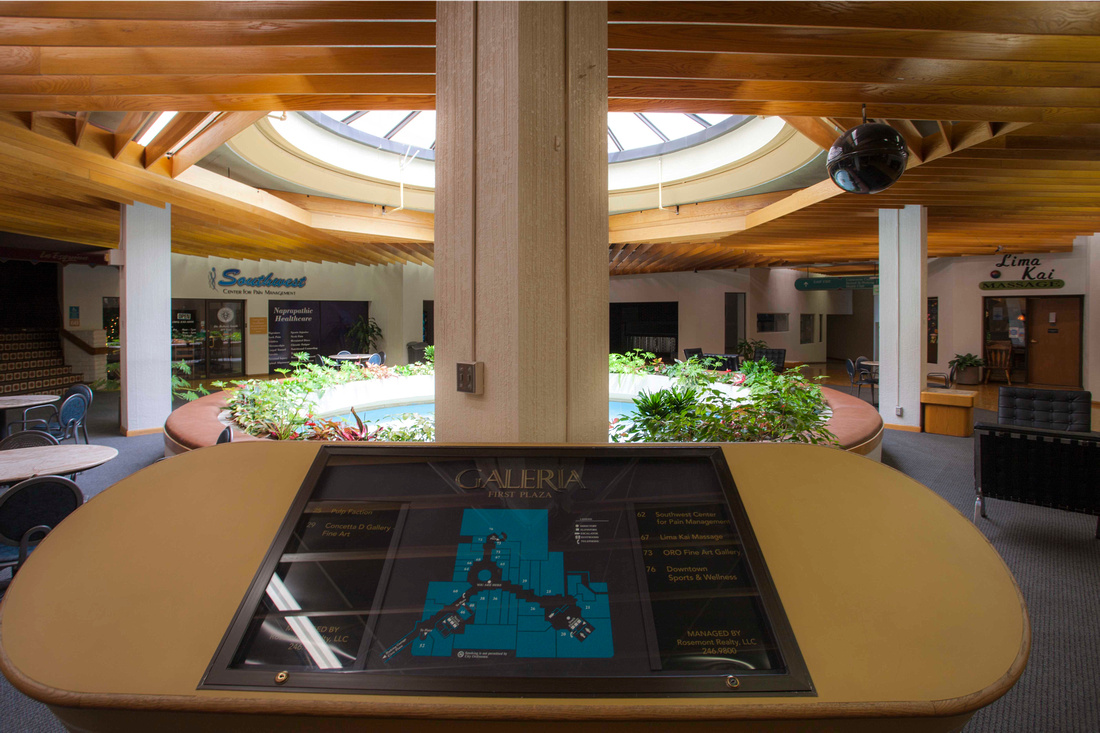 T & L Photos
Hi Julie. The Galeria used to be quite lively. But there as been a lot of shift in businesses and government moving offices out of downtown. There there'd the general shift in retail and competition from the Internet. The Galeria has been there for many years, there was a time enclosed, climatized lower lever and split level malls were cool. Not any more. Now open air malls are what's in.
Julie(non-registered)
Hey Tim a silly question I'm sure .. what happened? I often wonder at developments going ahead when there isnt the population to support this .. or perhaps people are transient. Lovely images .. such a waste.
T & L Photos
Thanks, Gerald!
Gerald Timothy Chambers(non-registered)
Similar to Nottingham over here Tim.
Baron, unwelcoming.
Shame.
T & L Photos
Thanks, Lavinia. Changing times we live in.
No comments posted.
Loading...
Subscribe
RSS
Recent Posts
Last Post on Zenfolio Walk, Run, Splash, Fly A Walk in the Snow We Wish You a Merry Catmas Cranes, Train & A Full Moon on Winter Solstice I Had A Dream Shrink Wrapped Fly Away Fire & Phantasm First Snow on the 2nd
Archive
January February March April May June July August September October November December
Timothy Price
Powered by ZENFOLIO User Agreement
Cancel
Continue