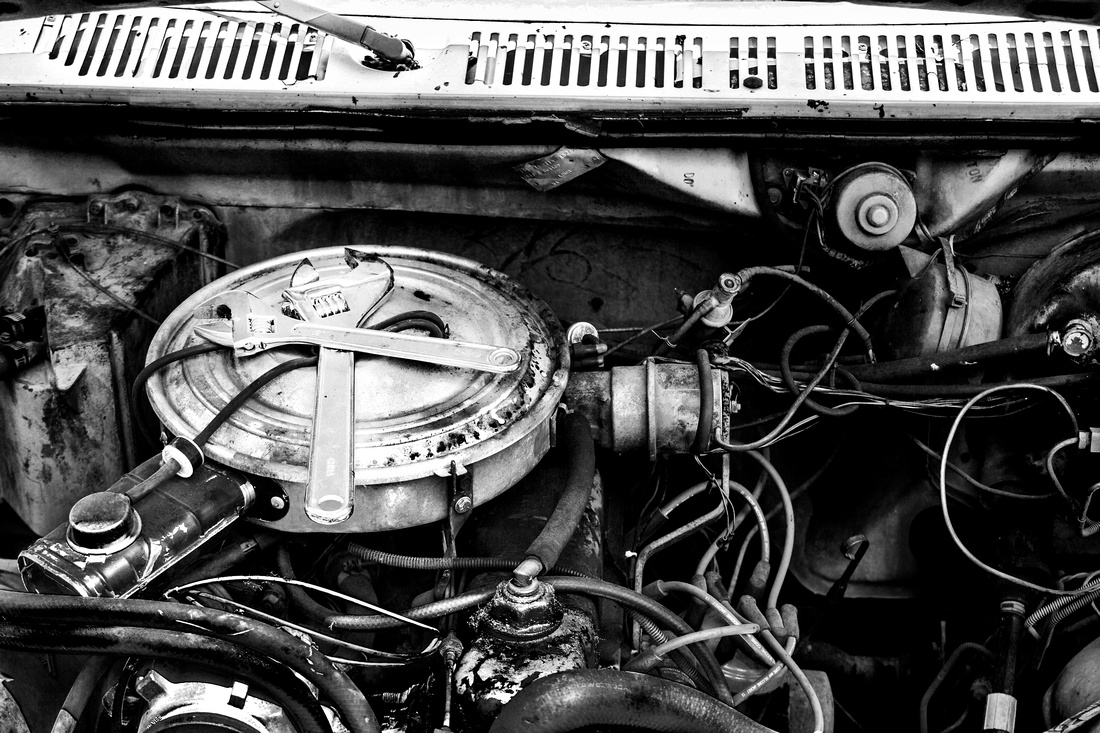 He would be called a racist today. He called black people the “N” word, and when he couldn’t find where he left a tool, he would tell me “I need to hire a little n••••r boy to follow me around and keep track of my tools for me!”  That kind of talk always irritated me, but Mr. Haagenson was a old Southerner, and that’s how he always talked.

Mr Haagenson owned Haagenson Motor Company, a small garage on 1st street not too far from downtown Albuquerque. He was pretty much a one man shop, and my dad would help Mr Haagenson on most weekends for as long as I could remember. Dad would trade helping Mr. Haagenson for use of his shop and tools to service and repair his cars. Once I got old enough to tag along, I would go with dad occasionally, but after I started riding motorcycles and then driving cars, I spent many a weekend helping Mr Haagenson in trade for shop space and tools as well.

Haagenson Motor Company was Mr. Haagenson’s life. He was at the shop at 4:30 every morning and typically worked until 8:00 or 9:00 every night. On occasion he would take off a Sunday to do something other than mechanics, but he could normally be found at the shop seven days a week.

Mr Haaganson had two sons, Phillip and Paul, who were both older than me. Both of them worked for Mr. Haagenson as they got older and after they finished school. Paul went on to work for the phone company, but Phillip worked for his dad until he died from alcoholism in the spring of 1985. Mr. Haagenson was old enough to retire in 1985, so after Phillip died, he started clearing his work load, but he still had fleet contracts to fulfill, and would still take in cars and trucks to repair.  I was finishing up my Master’s degree in the Spring of 1985, and after completing my thesis, I started working for Mr. Haagenson part-time to help him out.

One afternoon about 6:00 pm an old station wagon filled with people and luggage came chugging, bucking and smoking along 1st Street and pulled up to the bay. A black couple and their six children piled out of the car. The man told us they were on their way to California and the car started missing, chugging and barely running just outside of Albuquerque — every place he stopped told him they couldn’t get the car in, and the last place he had been directed to was closing. A mechanic at the last garage gave him directions to Haagenson Motors and told him Mr. Haagenson would still be there.

Mr. Haagenson handed me $50 and told me to go to Kentucky Fried Chicken and get 3 buckets of chicken with all the sides. KFC was the only place Mr. Haagenson ever bought fast food as long as I knew him. I came back with the food, opened everything up and let the family serve themselves. Mr Haagenson had me open the Coke machine so the kids could get whatever soft drinks they wanted, and the family ate while Mr. Haagenson worked under the hood of their car diagnosing the problem.

It didn’t take him much time to find the problem, gave me a list of parts and another $30, and sent me to NAPA Auto Parts — the wholesale parts distributer had closed at 5:00 pm, but NAPA stayed open until 9:00 pm. They had all the parts, which took all $30 plus some of the change from the chicken to pay for them. About 30 minutes after I got back to the garage with the parts, Mr. Haagenson had them on the car. He started it up and took the car for a drive around the block to make sure it was running right.

I let the kids and parents take more soft drinks from the Coke machine and then they piled back into the car with their drinks in hand. The man asked Mr. Haagenson what he owed him, and Mr. Haagenson told him nothing, handed him a $20 bill and told him he noticed he needed gas when he took the car for the test drive. The man protested, but Mr Haageson would hear nothing of it, and insisted that man take the $20. He finally took it with many thanks and gratitude for everything Mr. Haagenson had done for them.

My dad had long given up trying to get Mr Haagenson to go to church and get “saved”, but Mr. Haagenson was always a good man, hardworking, generous, and he could always sense when people needed the help more than he needed the money. It bothered me much less when he called blacks the “N” word after that. 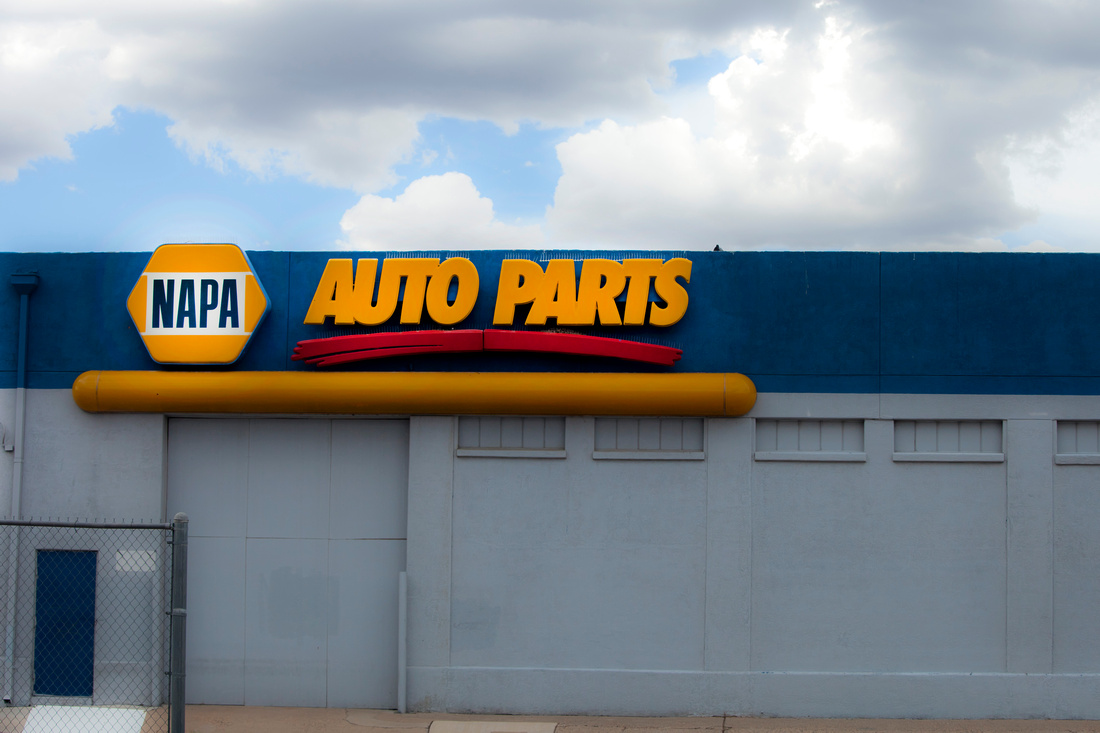 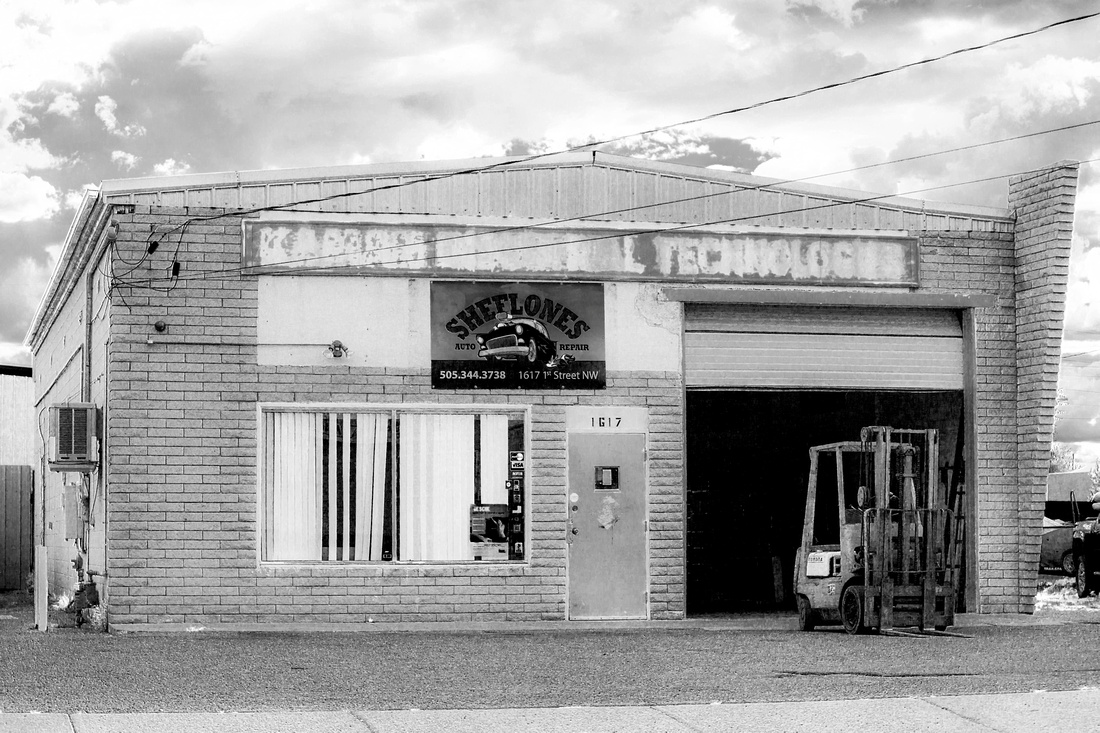 T & L Photos
Thanks, Janna! This is one of the few positive tales from my youth.
JannaTWrites(non-registered)
I was afraid this was going to be a story where the family was treated rudely. I was pleasantly surprised to find out he was so generous to them. That was an awesome story!
T & L Photos
Thanks, Douglas!
Douglas Moorezart(non-registered)
Absolutely one of the most beautiful stories I've ever heard. Thank you for gifting us with this. :)
T & L Photos
Thanks, Couriers!
No comments posted.
Loading...
Subscribe
RSS
Recent Posts
Last Post on Zenfolio Walk, Run, Splash, Fly A Walk in the Snow We Wish You a Merry Catmas Cranes, Train & A Full Moon on Winter Solstice I Had A Dream Shrink Wrapped Fly Away Fire & Phantasm First Snow on the 2nd
Archive
January February March April May June July August September October November December
Timothy Price
Powered by ZENFOLIO User Agreement
Cancel
Continue