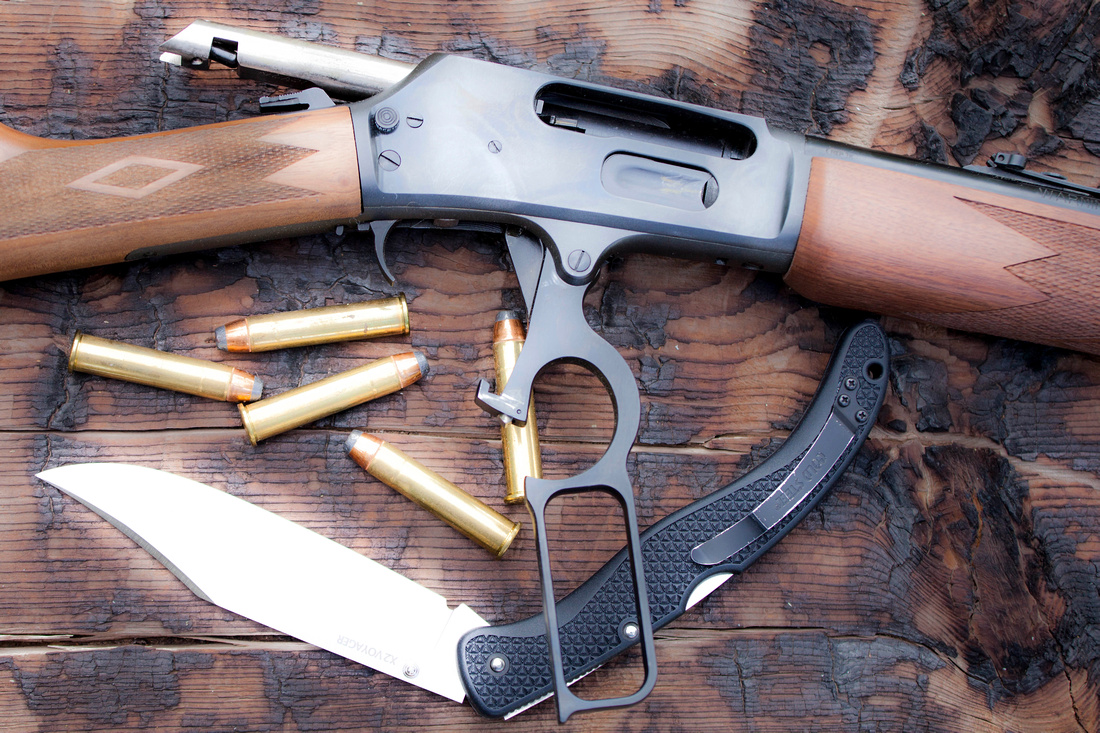 Ulysses rode his horse into the Sandoval County Court House. “I want to file my candidacy to run for governor” he told the clerk. “You have to register with the Secretary of State in Santa Fe” the clerk informed Ulysses. He rode his horse out of the courthouse, and headed to Santa Fe where he made a paper airplane of his application form and delivered it via airmail to the Secretary of State. His application was rejected, so he ran as an independent. His platform was “God’s law and perfect order” — he rode around the state on his horse campaigning, but as a “write-in” candidate he did not win the 1970 gubernatorial election.

My friend, Brian, who had lived not far from me in Corrales, moved to Placitas, NM in 1970 after his stepfather, Bill, built a house and barn on the edge of the sparsely populated village on the northern edge of the Sandias. I was 11 years old then, and either my mom would drive me to visit Brian on weekends or I would ride my motorcycle the 20 miles to their new house.

Not long after Brian moved to Placitas, he met Ulysses S. Grant, who lived in a hippie commune in the valley about 1/2 mile south of Bill’s property. Ulysses said he was the reincarnation of Ulysses S. Grant and never told us his real name. He was a long-haired, bearded hippie who lived off the land, rode a horse for transportation, and liked to hang out with us boys.

Ulysses was a little crazy, what the British would call a “nutter”, but as far as a group of 11 and 12 year old boys were concerned, he was the coolest guy around. He was a naturalist and loved to teach us about how to live with nature and survive on only what nature had to offer. But the best thing he did for a bunch of young boys was show us how to make torches using dead cactus canes, bark, leaves and pitch from the juniper trees so we could explore the old mines in the valley.

We would make our torches, and then climb down into the old mines on 100 year old rickety ladders or a rope that Ulysses would bring.  After everyone was on the first level, which had light from the opening above, we would light our torches and then walk into the dark tunnels to explore the mine. Ulysses would explain the geologic layers, and tell us the history and folklore he had learned about the mines. In one of the mines we could get down three levels, but Ulysses told us there were at least 8 levels. He said the other levels had been sealed off because they contained the skeletons of indians who had been worked to death in the mine and left to rot. We believed him, of course, and wanted to search for a way to get to the lower levels with the skeletons, but we never found a way to the lower levels.

On December 1, 1970, Brian called me with the latest news. “Ulysses borrowed Bill’s rifle and shot and killed two men” he explained over the phone. Bill told Brian that he had heard the two man had raped Ulysses' wife and were threatening to kill Ulysses, so Ulysses borrowed Bill’s rifle to protect himself. Bill had been at the scene of the killings and said that Ulysses had shot them in the legs, castrated the men and then shot them in the face, killing them. After Ulysses killed the men, he left Bill’s rifle leaning against a door of Bill’s place. At the end of our conversation, Brian and I agreed that the authorities would never find Ulysses — he was never apprehended to face murder charges.

I was shocked to learn about the murders, and it took me awhile to believe that Ulysses could do such a thing. When the story came out in the newspaper the next day, it was nothing like the accout Bill had given to Brian about the killings. The “official” story was that Ulysses had argued with two men who wanted him kicked out of the commune, so he killed and “mutilated” them. Ulysses had been arrested in September for attacking another man living at the commune with a scythe. He apparently had a violent temper — a side of Ulysses we kids never saw during the time we spent with him.

Ulysses’ real name was Donald R. Waskey, born in Baltimore, Maryland in 1938. Before becoming the hippie reincarnation of Ulysses S. Grant living in a commune in Placitas, NM, Waskey had been in the Airforce, at college in the mid-1960’s, protested the Vietnam War, and publishing papers about the violent peace movement and China’s atomic capability.

He and his wife’s charred remains were found in a burned-out cabin on a marijuana farm in rural Idaho in 1989. They were identified by dental records. Waskey had been shot in the back of the head before the cabin was set on fire. 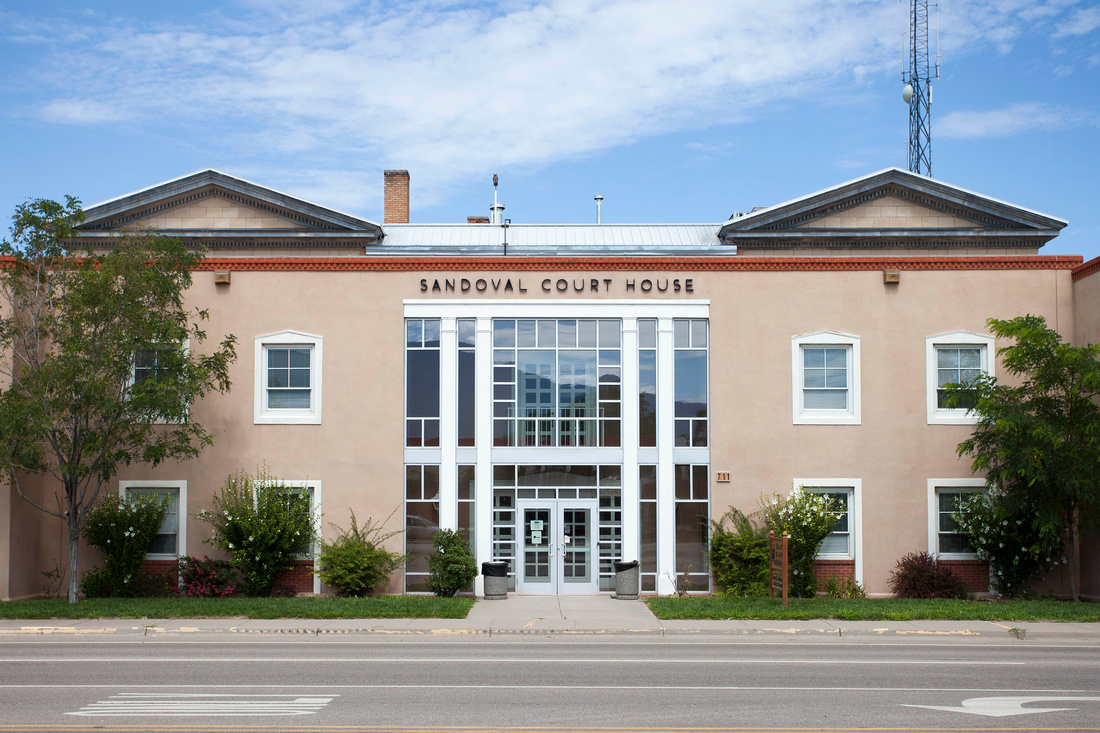 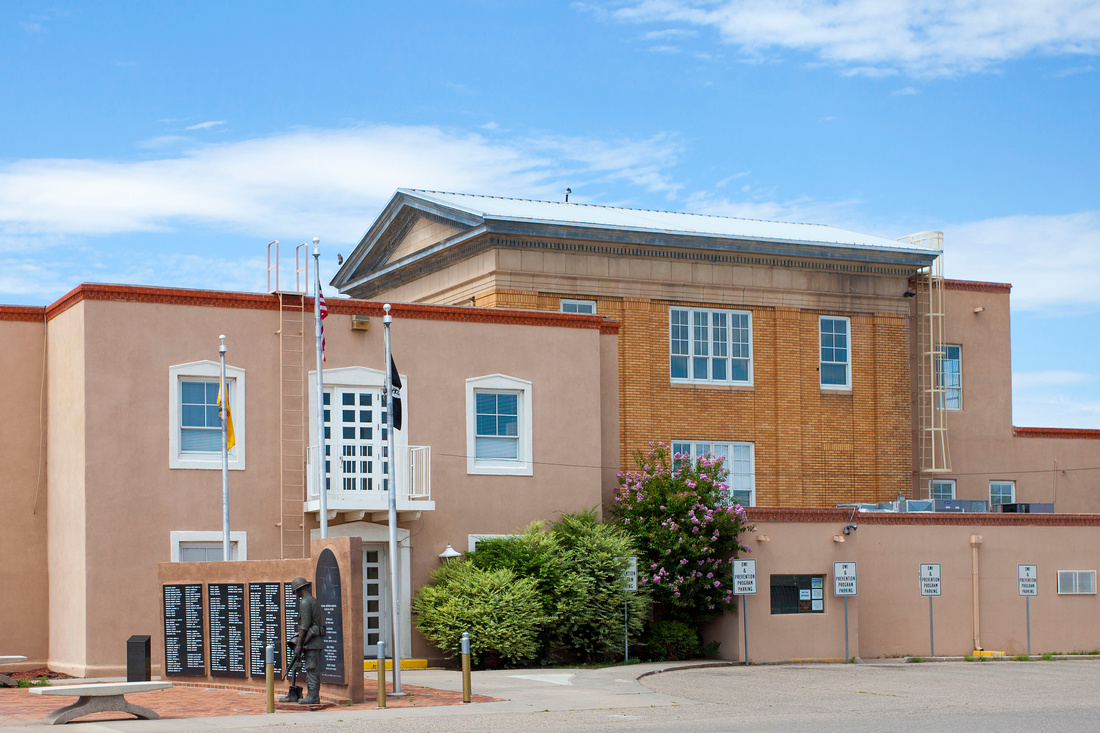 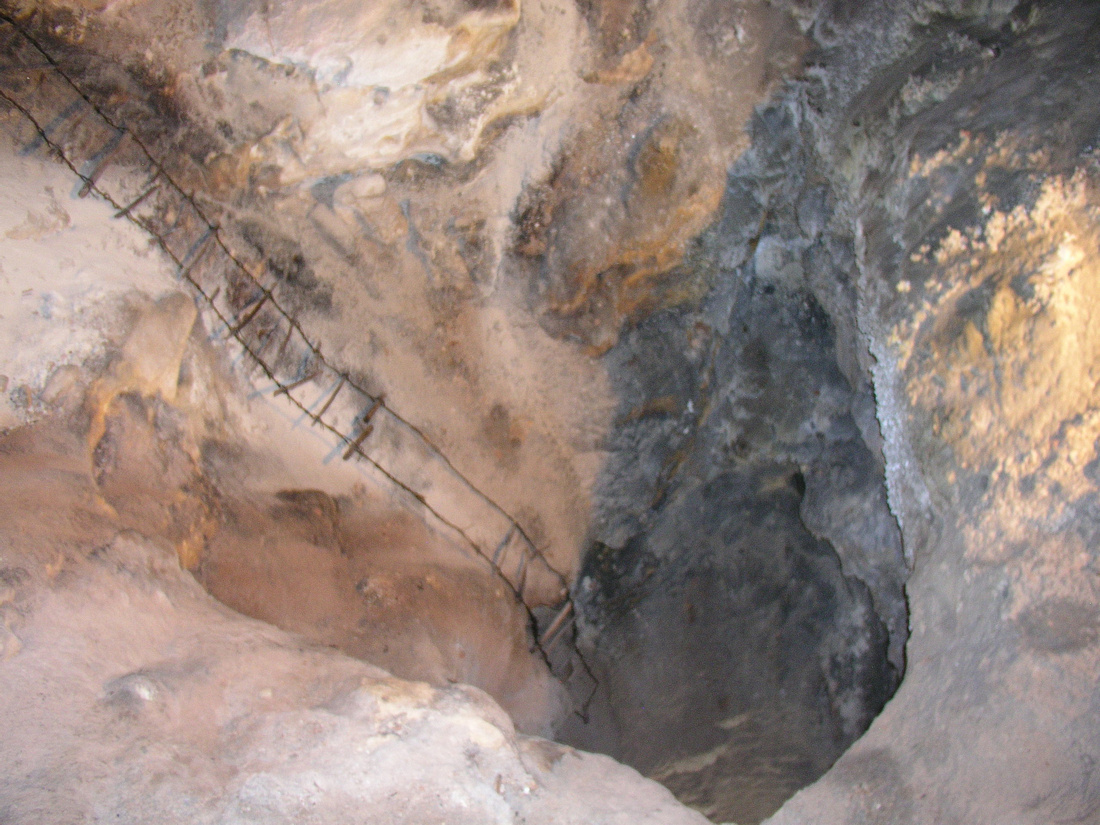 I took this photo at Carlsbad Caverns, NM, but the ladders left in the mines often looked like this one 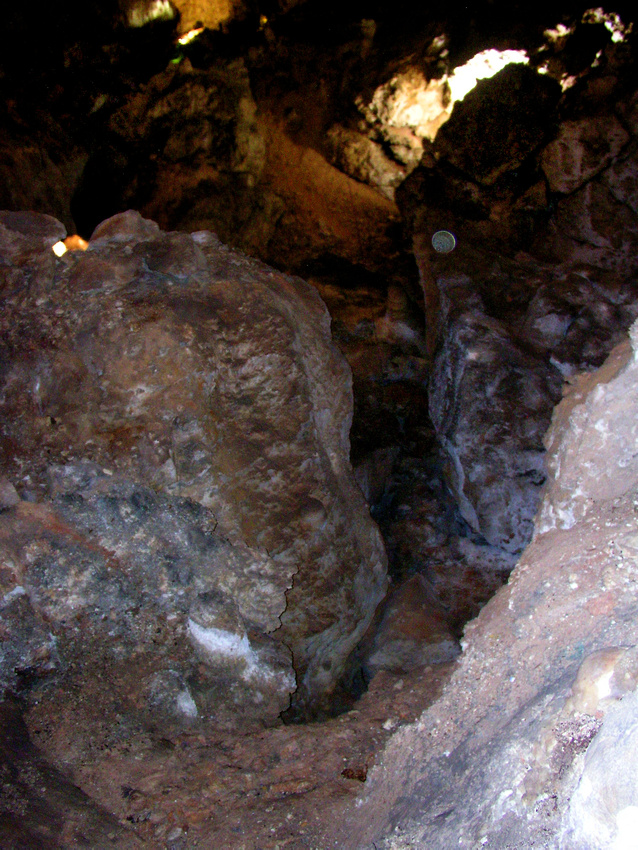 Another photo from Carlsbad Caverns, NM but not too different looking from the mines 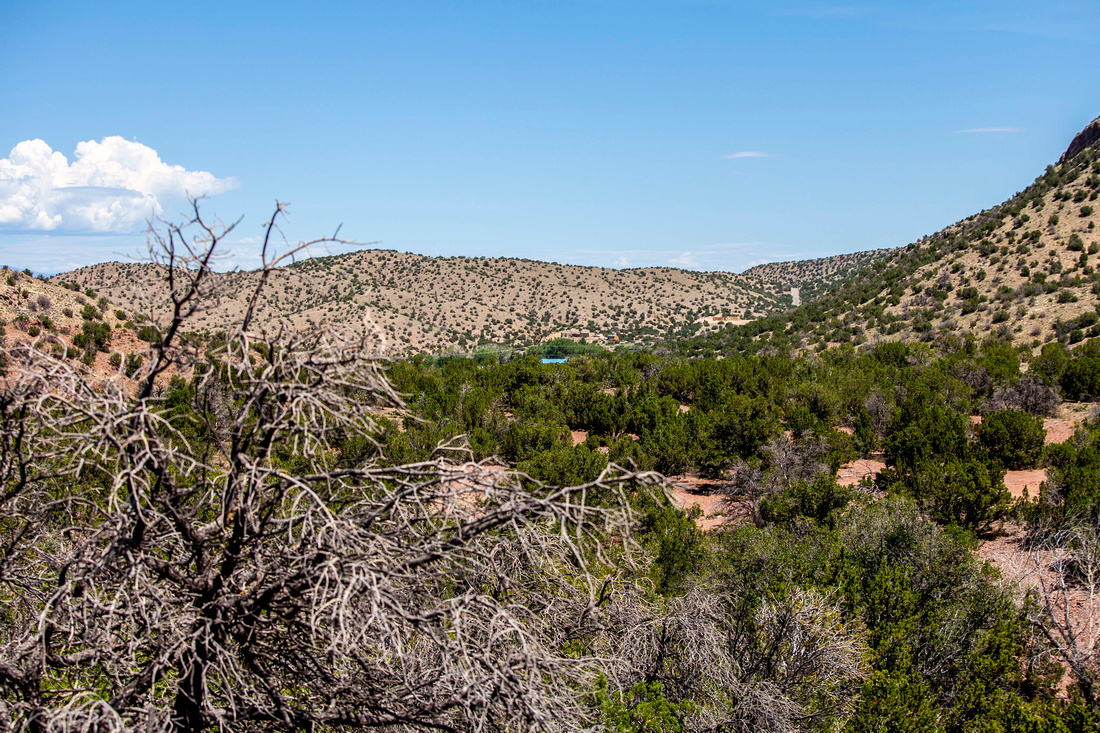 This is the south end of the valley where Ulysses killed the two men. The view is looking north toward Bill's house (blue roof in center). 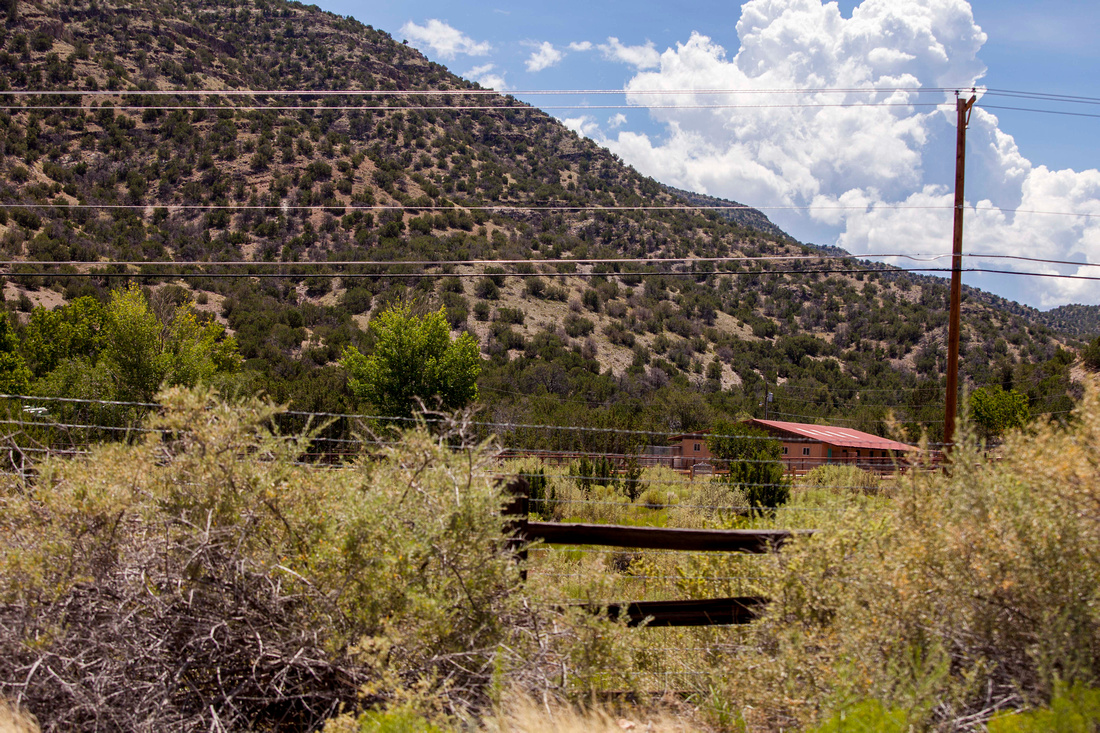 This is the barn that Bill built. The house is on the left side of the photo covered by trees.

T & L Photos
Hi Mr. Bill! Thanks for relating the story you were told. There were a lot of accounts of the incident, but since I was only 11, I only remember the story I got from my friend's stepfather. I don't know how many people are still around who knew or remember Ulysses (I never knew him as Don). The kodak Retina is a classic. Was modeled after the Contax if I remember my camera history correctly. I have some old Kodak 120 range-finders around, but I never had a Kodak SLR.
Mr. Bill in Taos(non-registered)
The story I always heard was the Don shot the man (Shorty?) who had been threatening him as he came down the steps to his dugout "dome" not realizing his best friend was behind him and that the single bullet killed both. Don, though perhaps a little over the top, was generous and did very nice astrological charts for his friends. I know he was extremely shocked and regretful for killing his friend. He first went to Colorado. The FBI never looked for him because there was no proof that he had left NM.

Do also gave me my first SLR - a Kodak Retina Reflex IV. He thought it was defective and that it would look good on me if going to Mexico as a tourist. As it turned out I never went to Mexico, the camera was perfect and it took many fine photos around the world for years after. It was thoroughly refurbished in Germany in the 90s and is still perfect though succeeded first by Nikons and now digital.
T & L Photos
Thanks, Douglas!
Douglas Moorezart(non-registered)
Hey Timothy, well done! This is a great post!
T & L Photos
Thanks, Miz Shaaz!
No comments posted.
Loading...
Subscribe
RSS
Recent Posts
Last Post on Zenfolio Walk, Run, Splash, Fly A Walk in the Snow We Wish You a Merry Catmas Cranes, Train & A Full Moon on Winter Solstice I Had A Dream Shrink Wrapped Fly Away Fire & Phantasm First Snow on the 2nd
Archive
January February March April May June July August September October November December
Timothy Price
Powered by ZENFOLIO User Agreement
Cancel
Continue