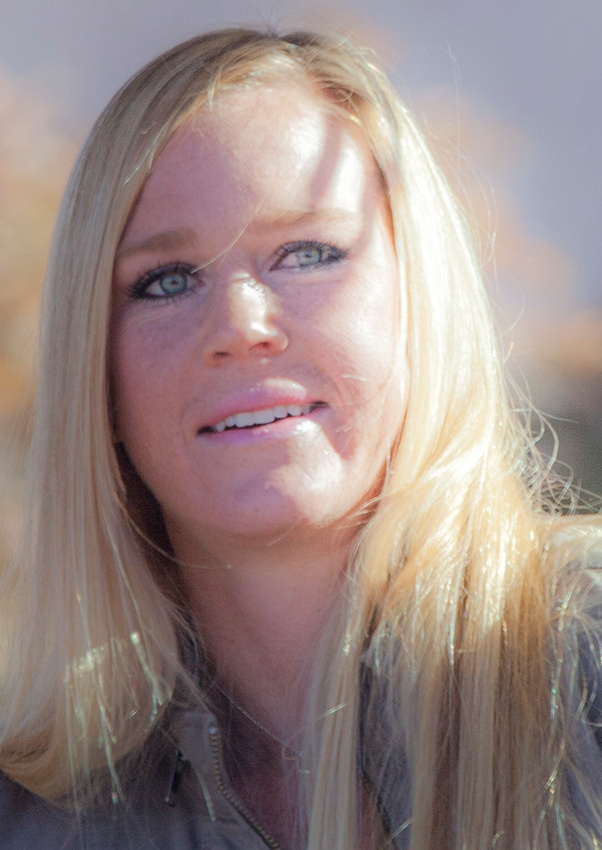 Five years ago, I beat the odds, so it's fitting that for the first of my Advent-style countdown to the end of the year, I am posting photos of another Burqueño who beat the odds to become the UFC Bantamweight World Champion. Holly Holm, The Preacher's Daughter, defeated the formerly unbeaten UFC World Champion Ronda Rousey on November 15, 2015 in Melbourne, Australia. Holly is the first professional fighter to hold world titles in both boxing and mixed martial arts (MMA). There was a home coming parade and celebration in Downtown Albuquerque yesterday, December 6, 2015. 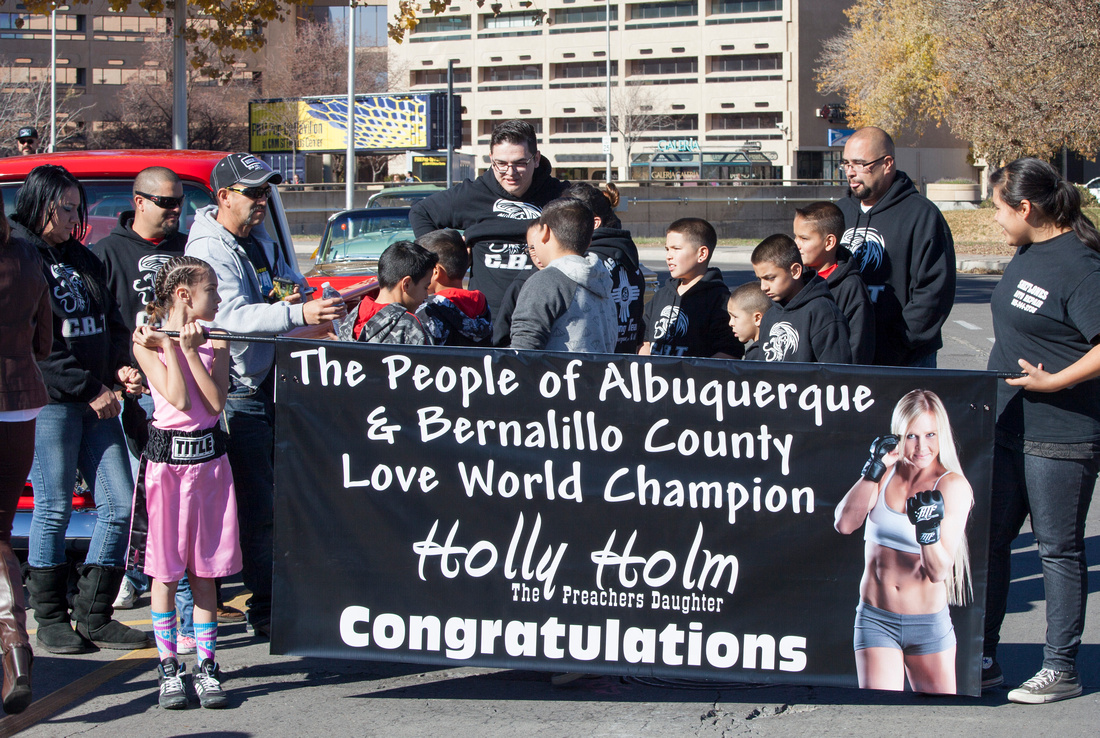 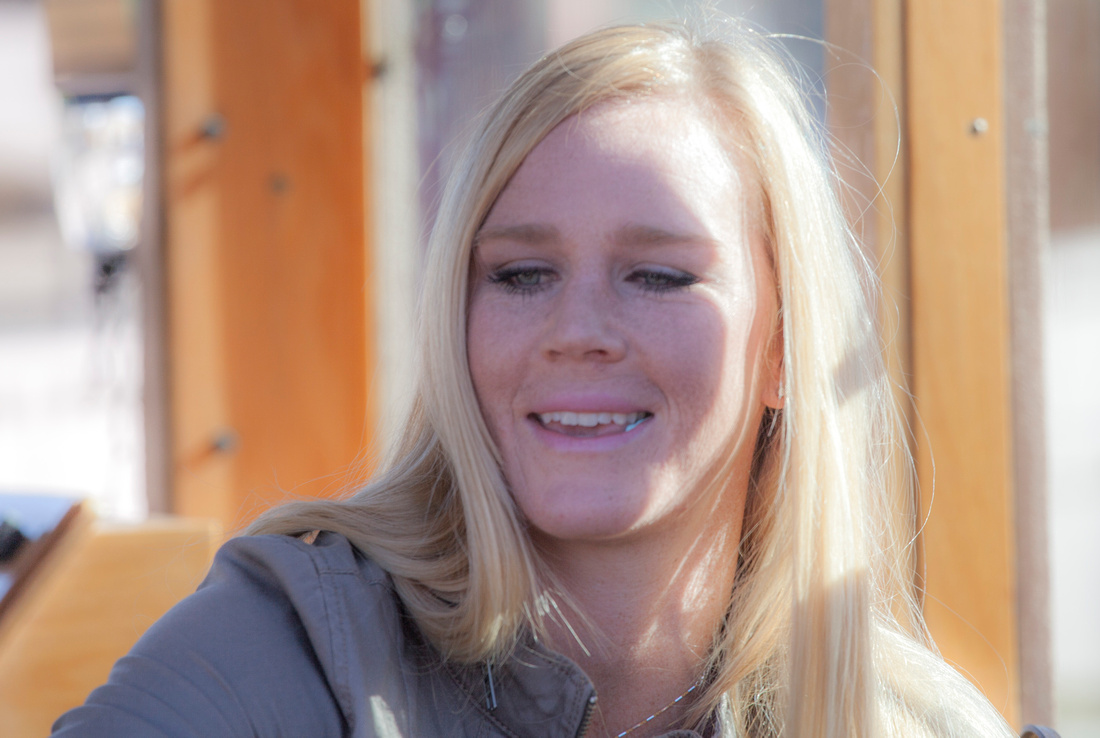 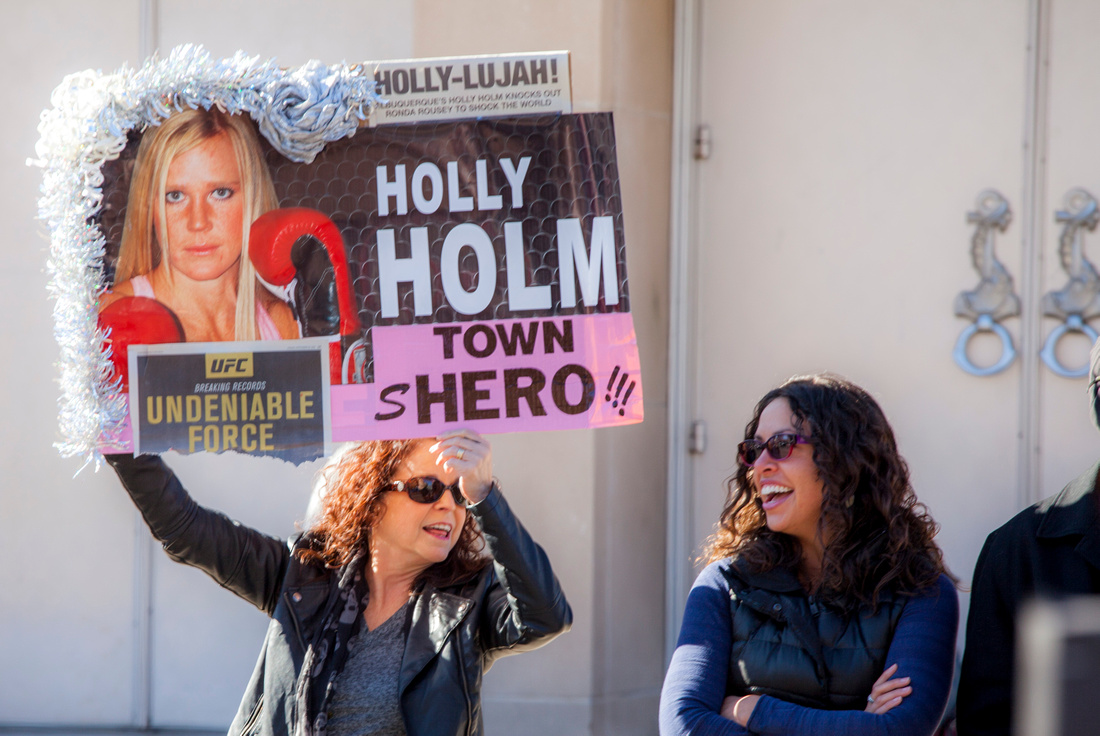 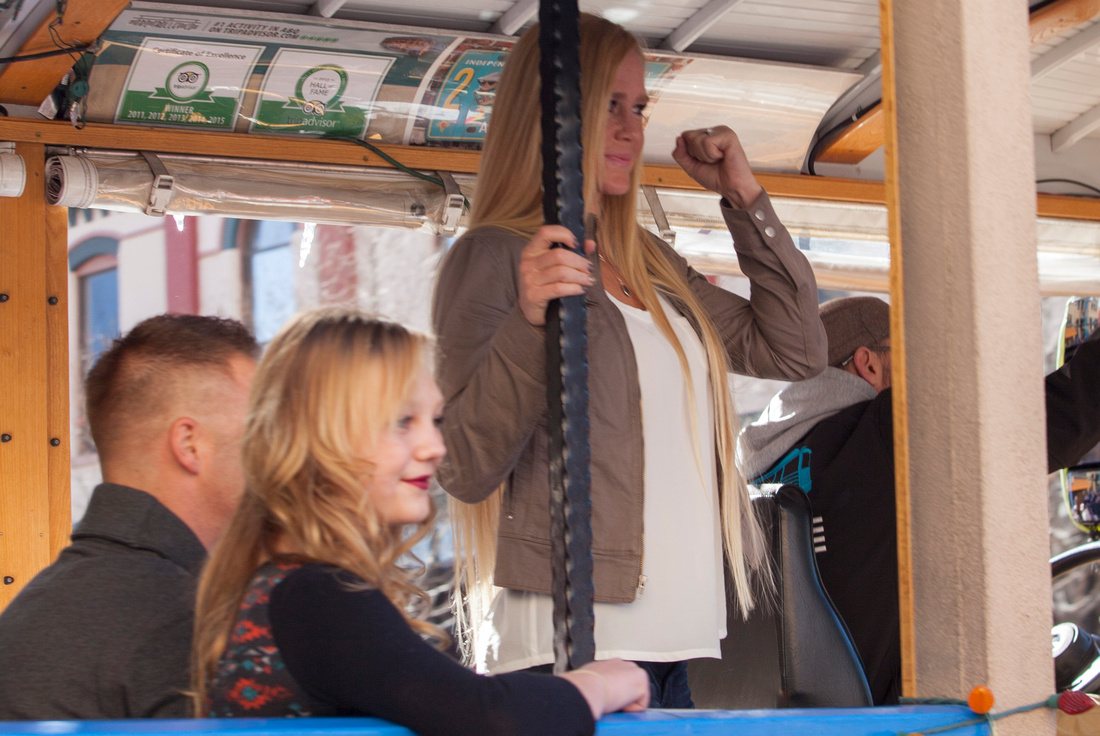 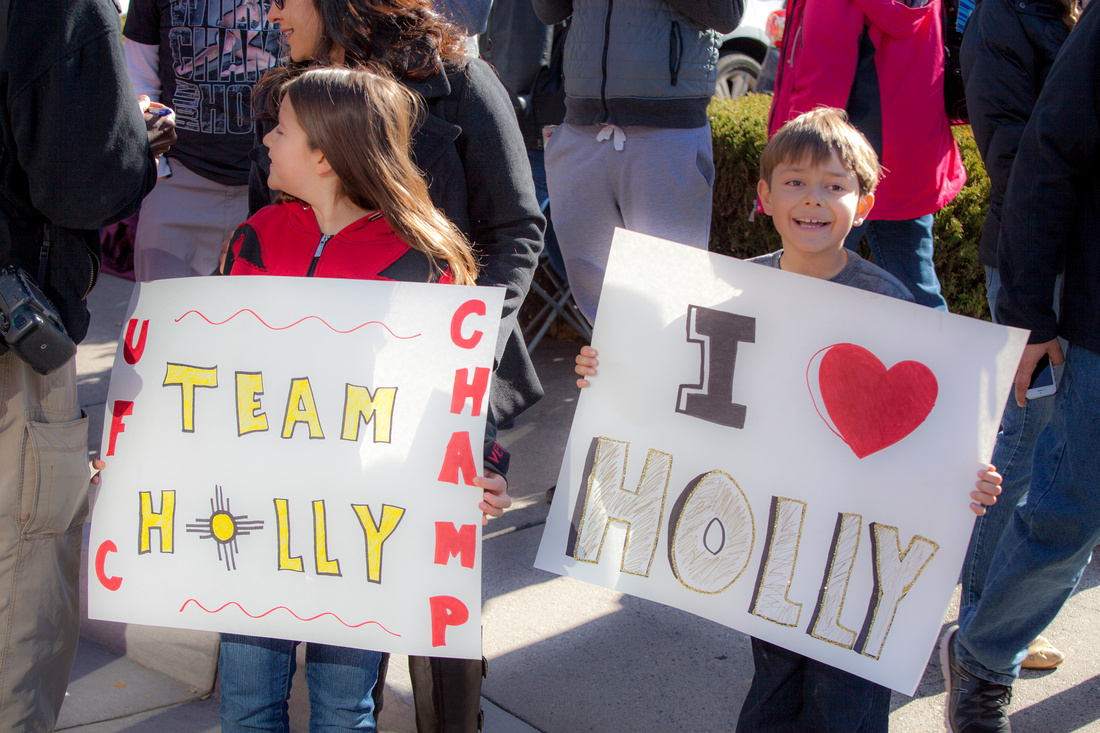 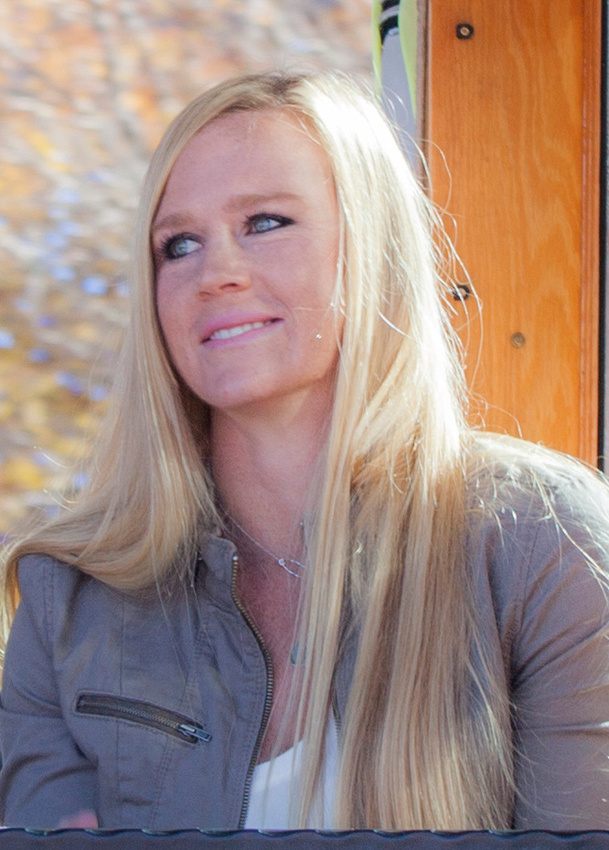 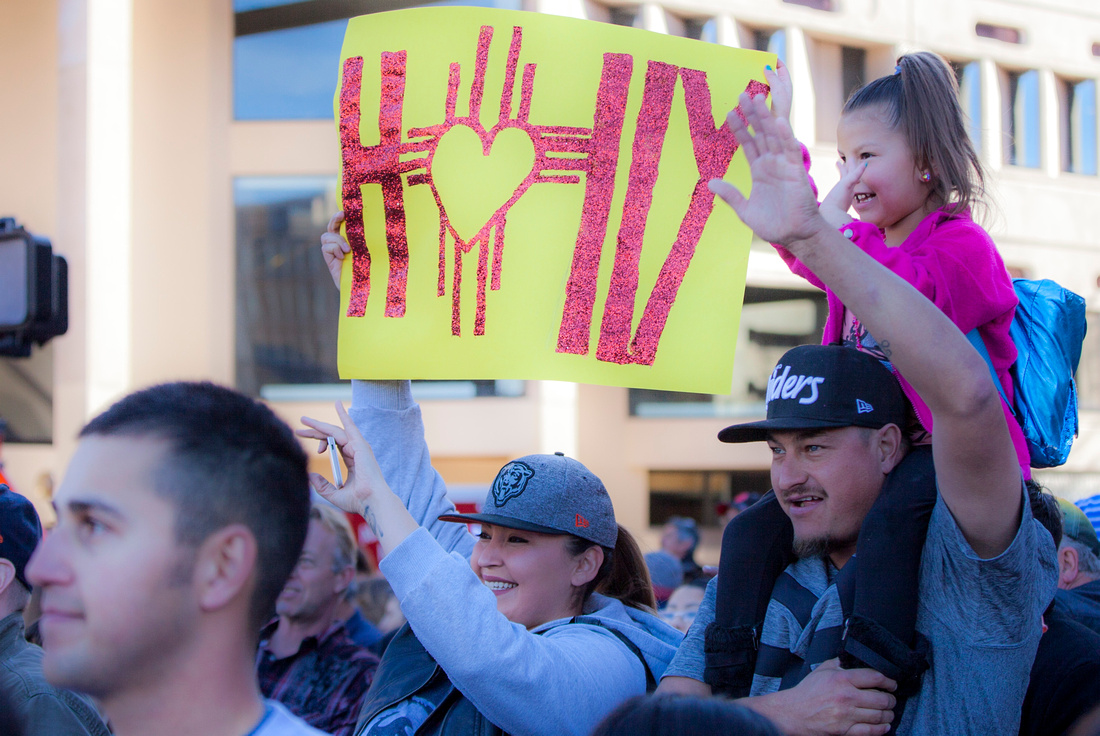 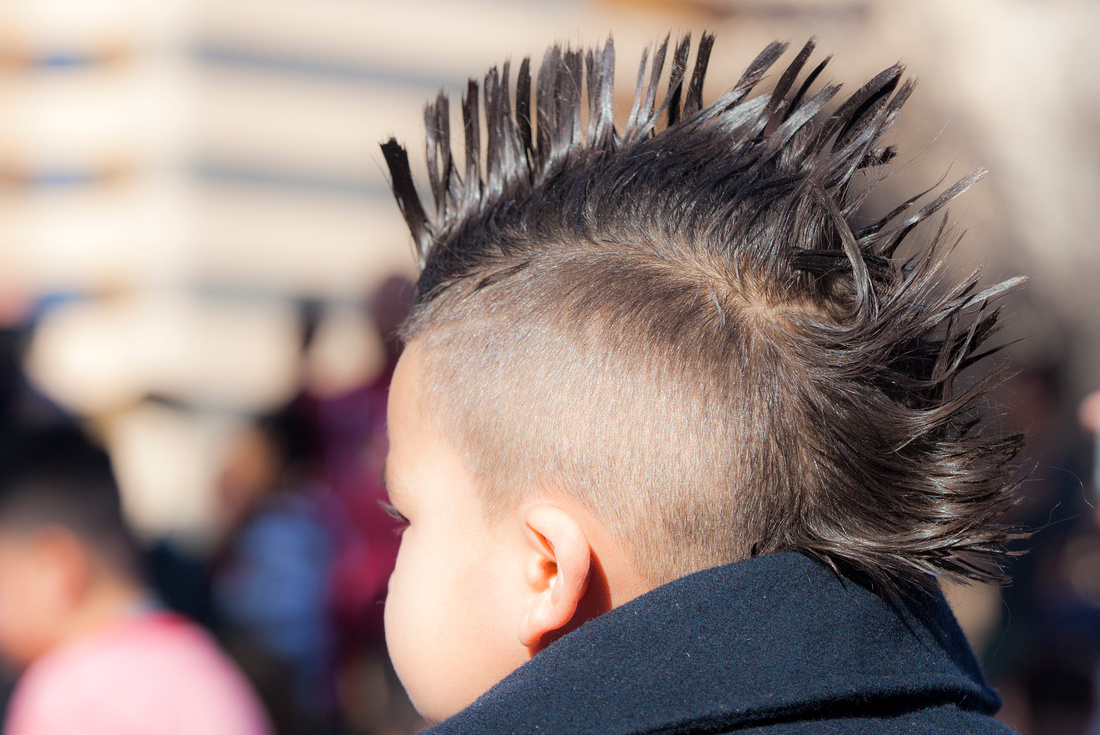 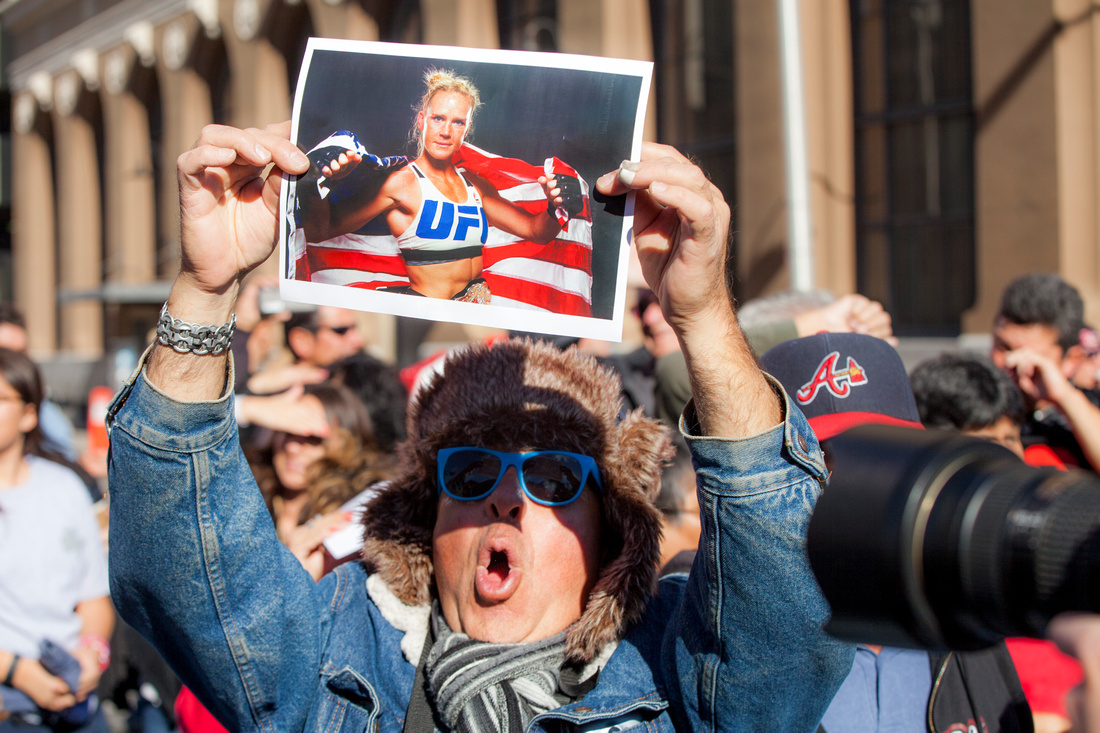 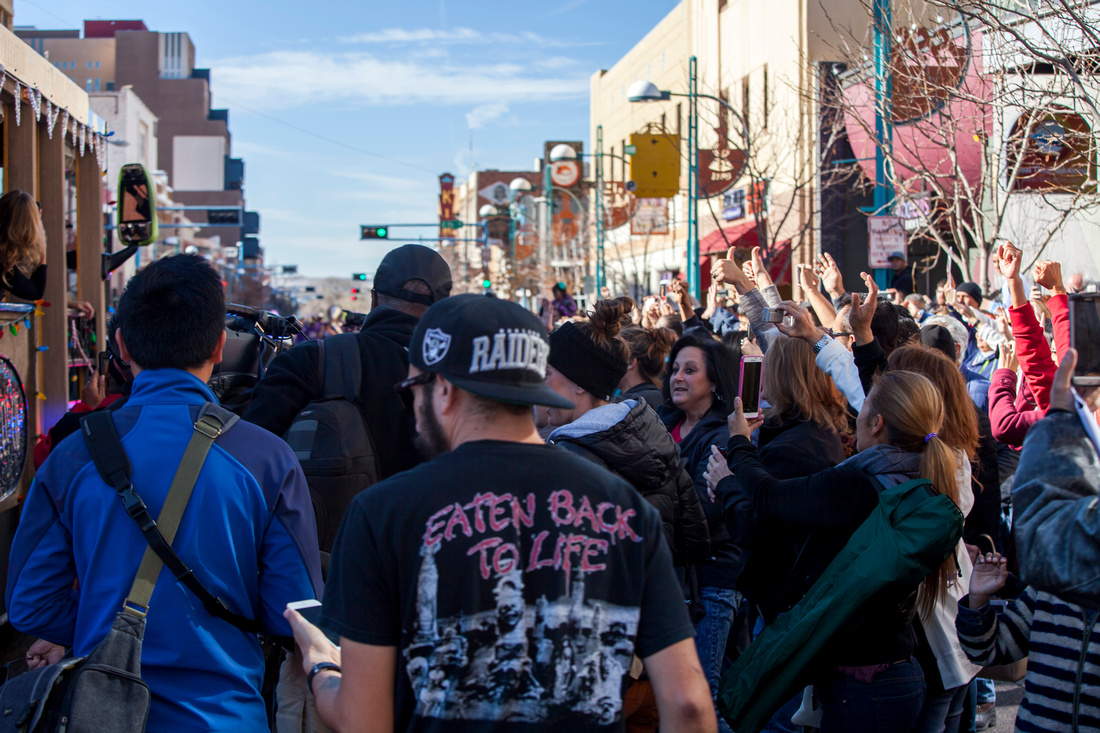 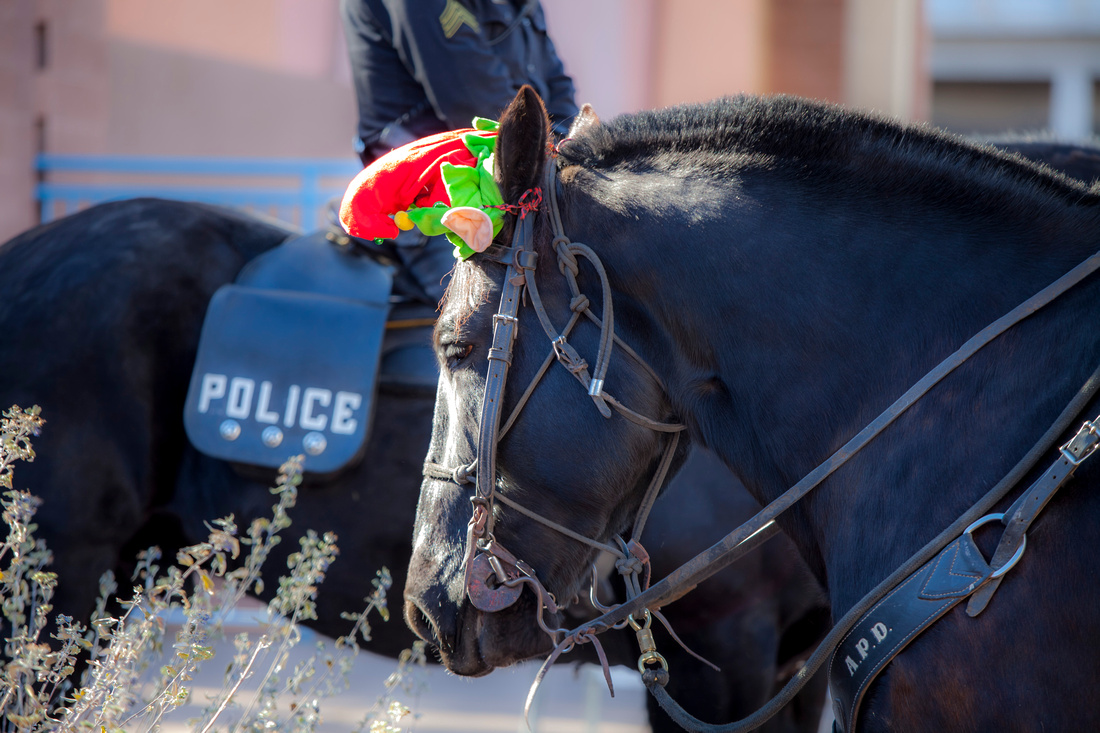 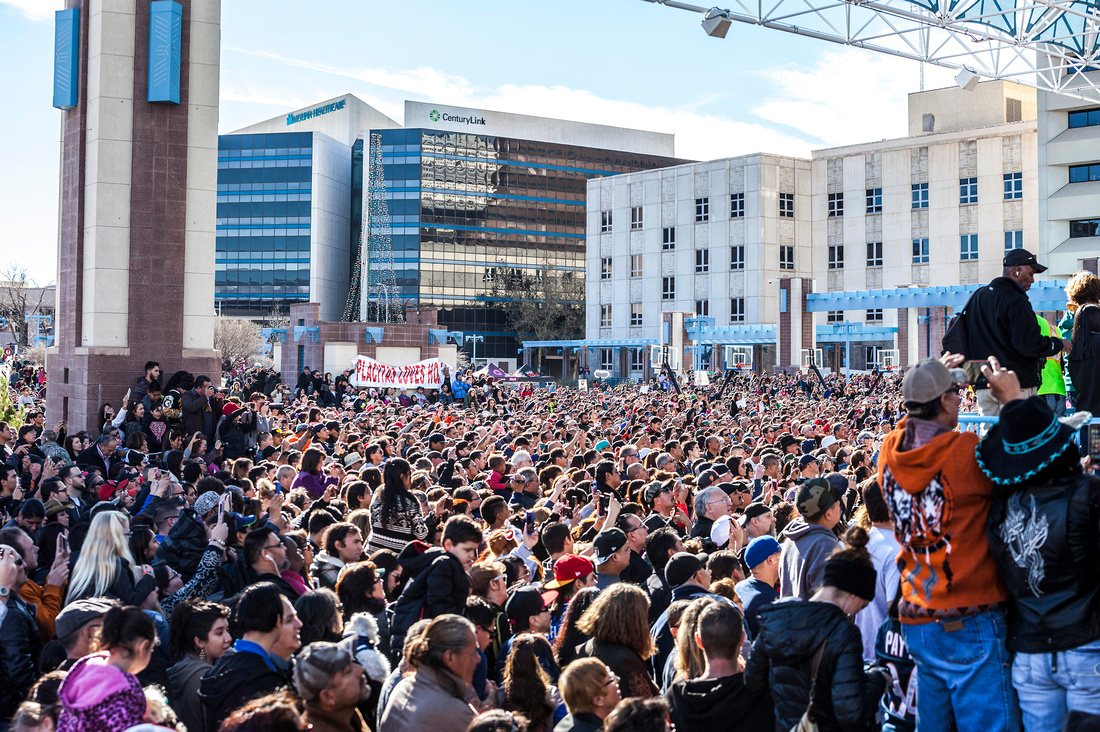 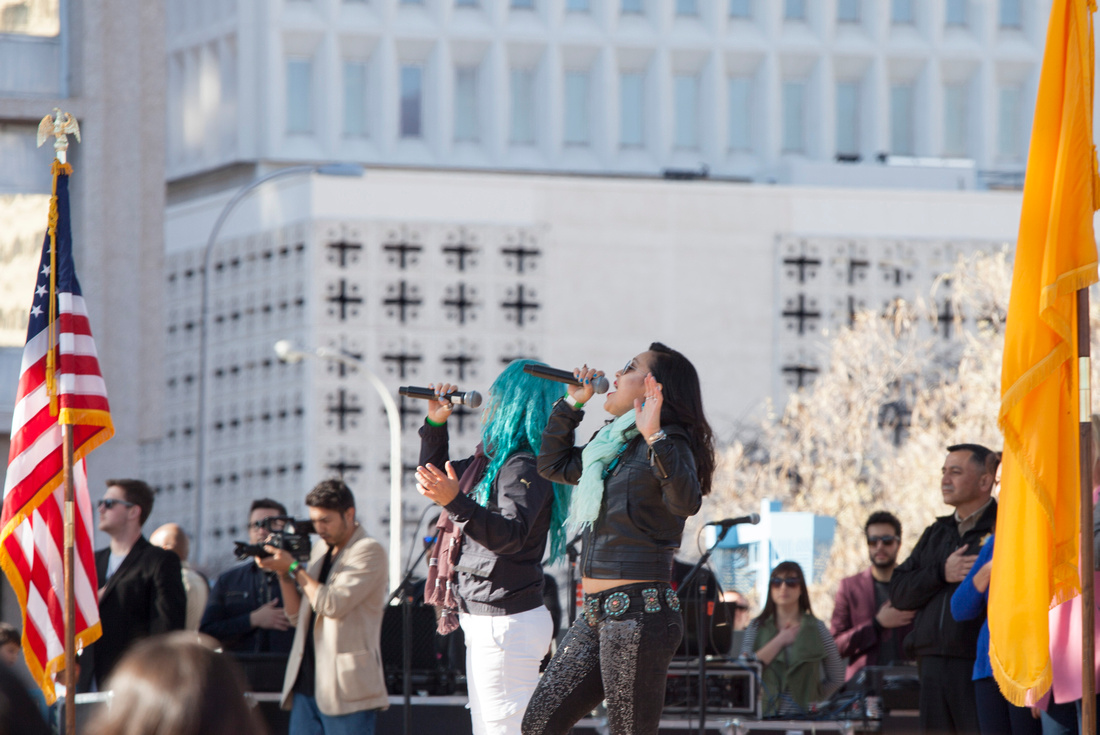 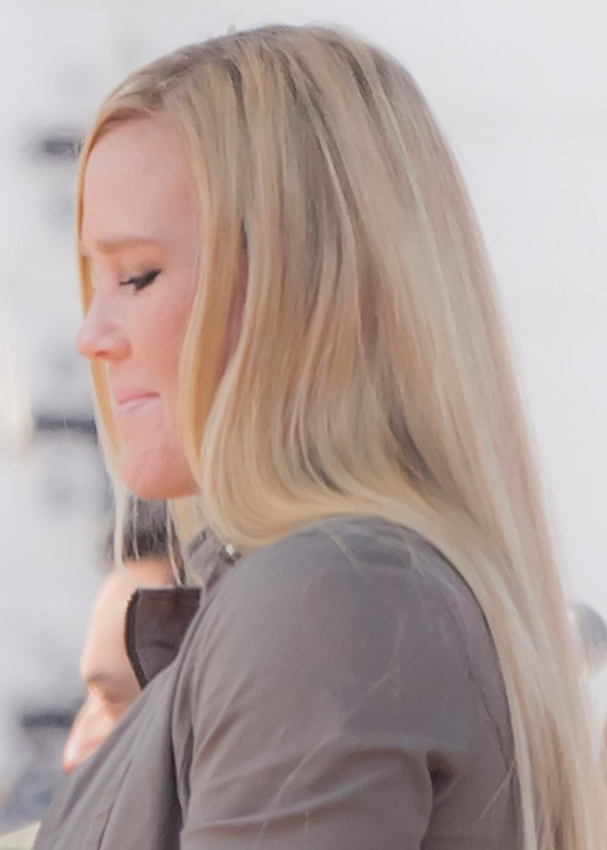 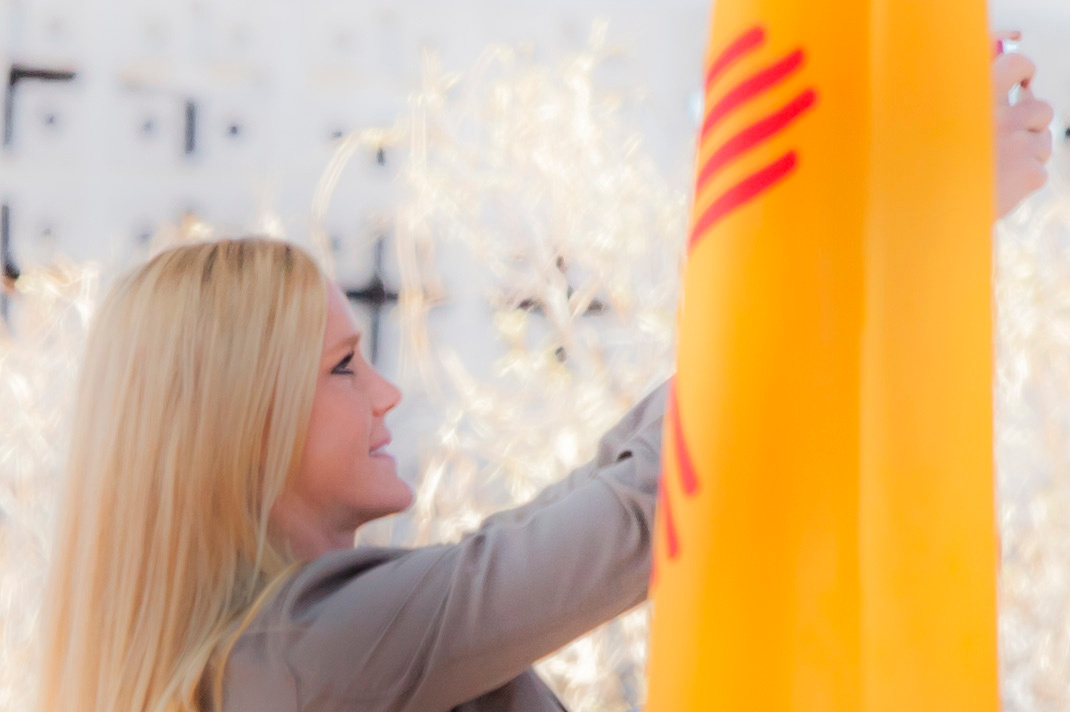 Holly takes a selfie with a packed Civic Plaza behind her. 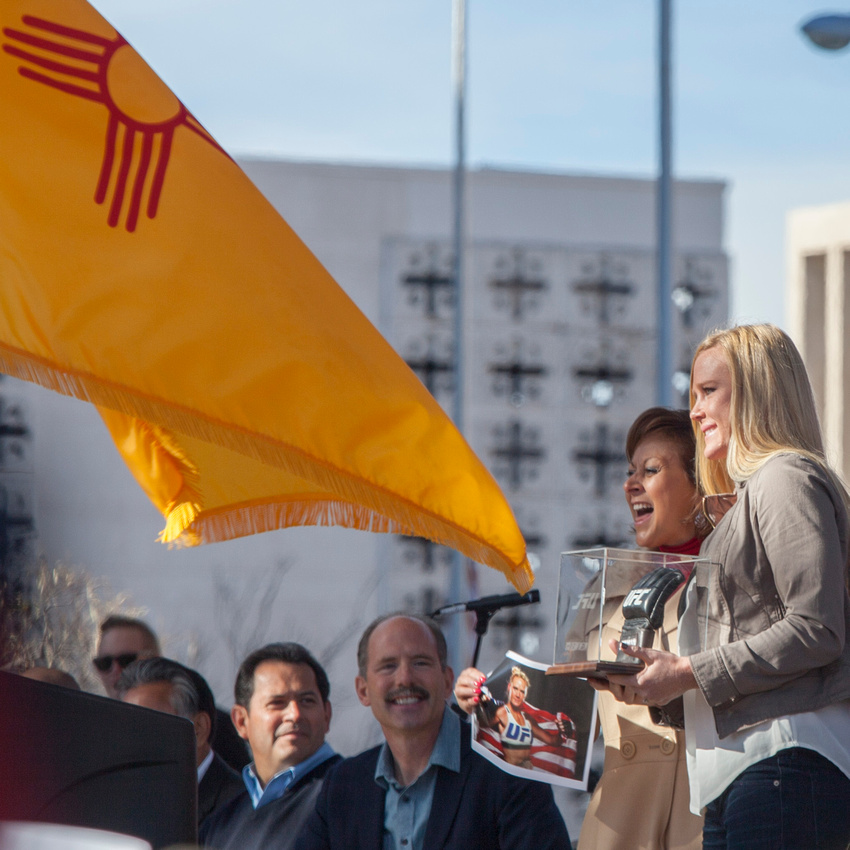 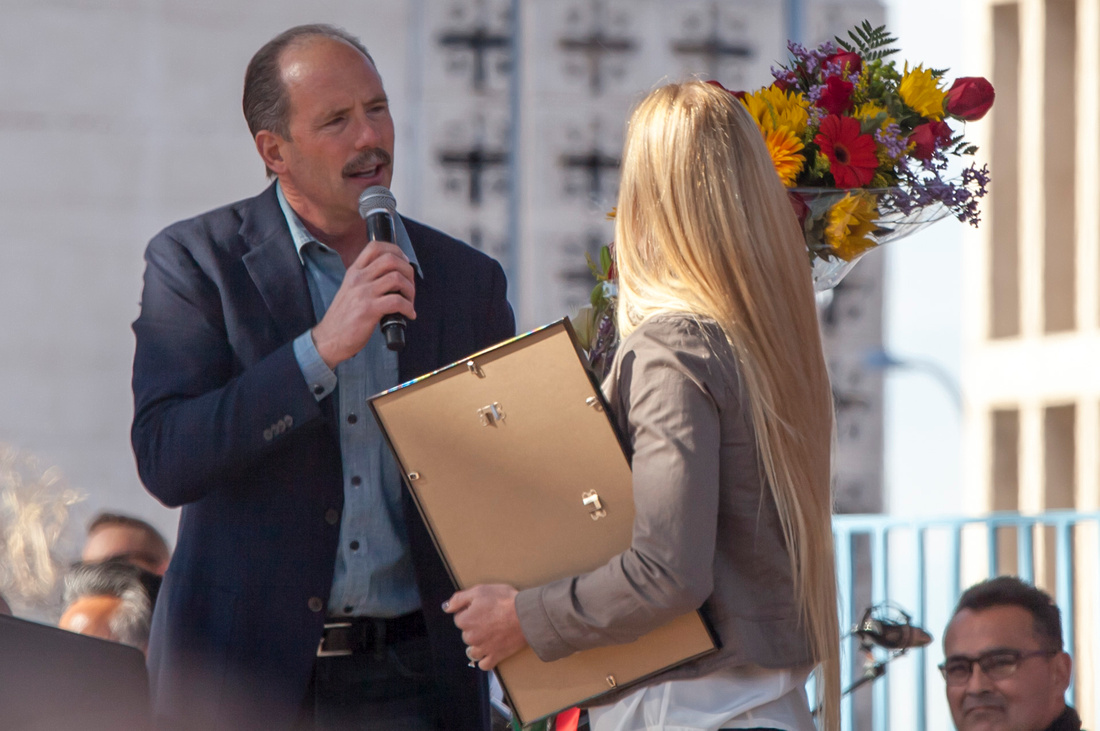 Albuquerque Mayor Richard Berry thanking Holly after giving her a proclamation for Holly Holm Day and November as Holly Holm Month in Albuquerque. 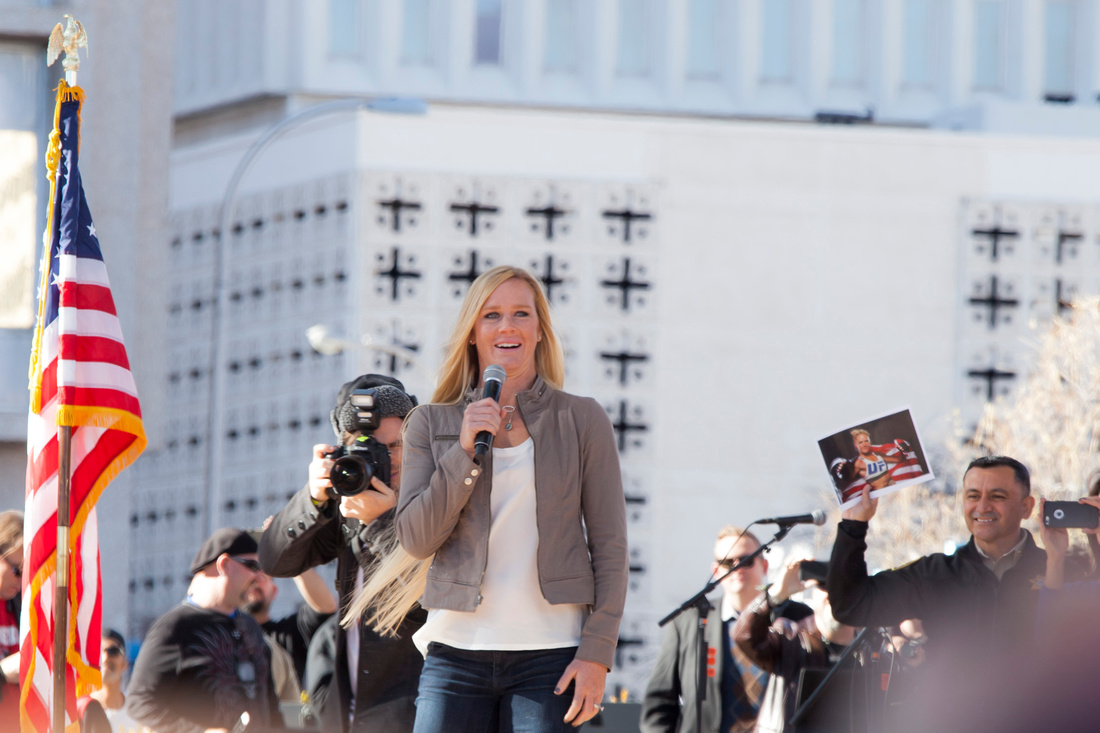 Holly told her story, talked about her training, coaches, family and all the support she has received from her fans from Albuquerque and New Mexico 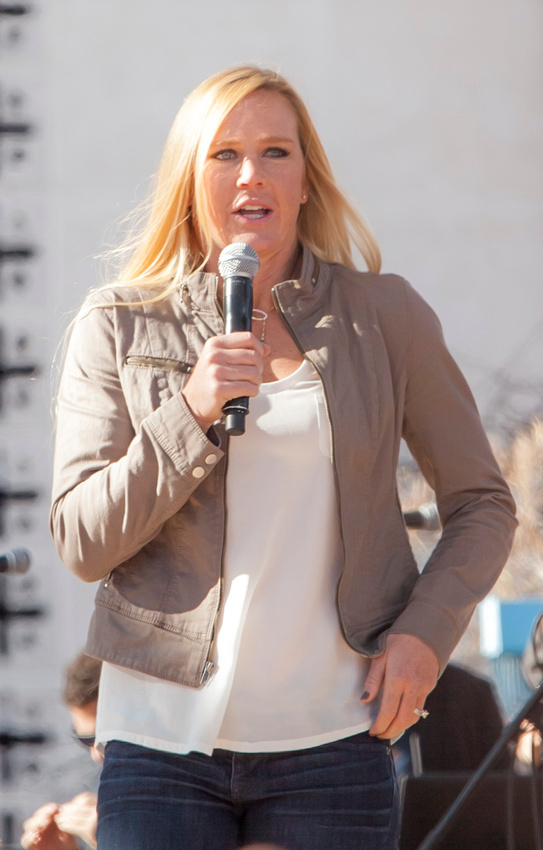 Holly talking to her a adoring fans 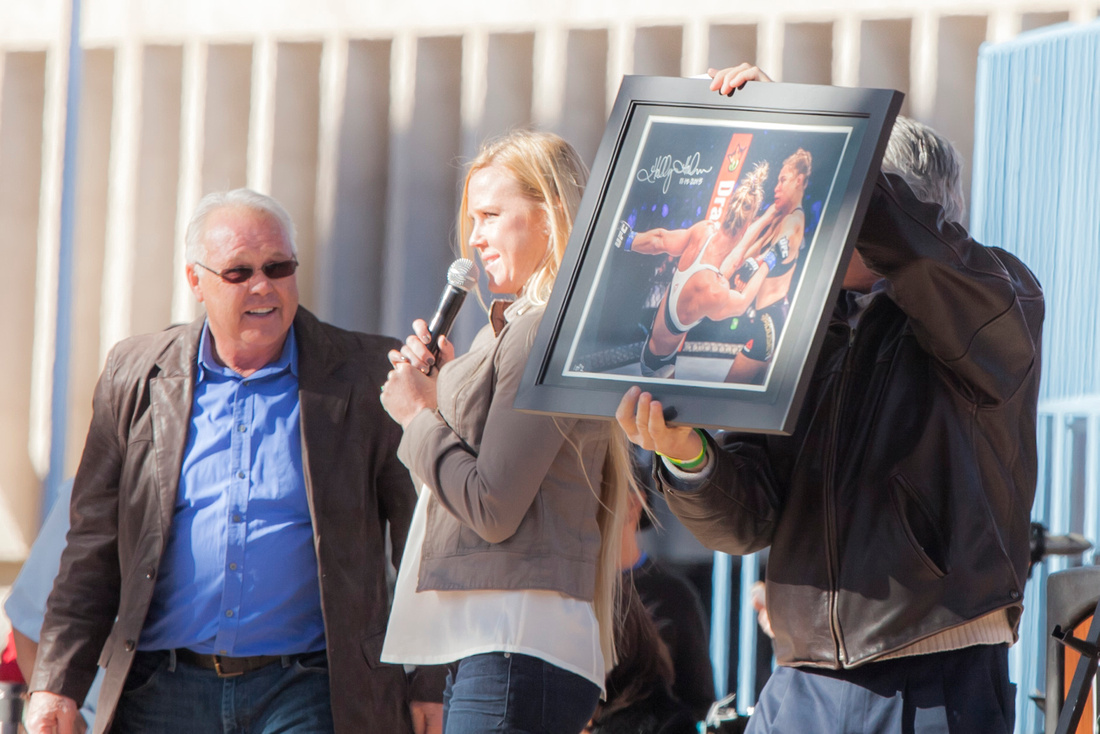 Holly's father is also an auctioneer (left). Holly started the auction of the photo of her knockout kick at $1000. All proceeds went to the Albuquerque Christian Children’s Home. 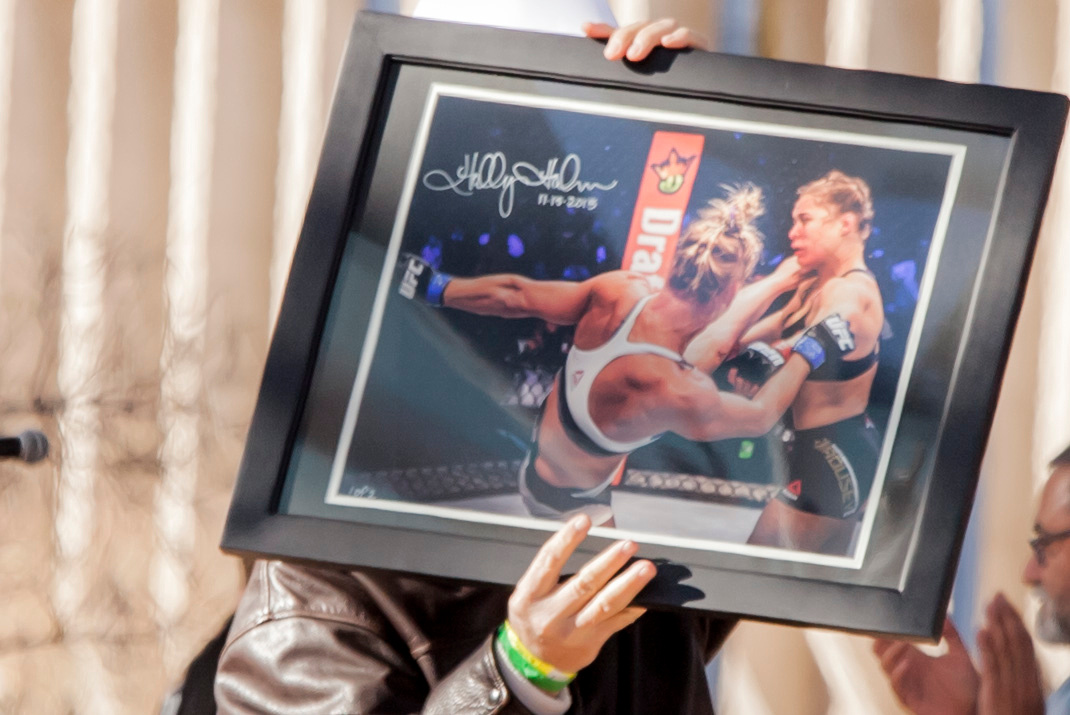 The winning bid for the Knockout Kick was $8000 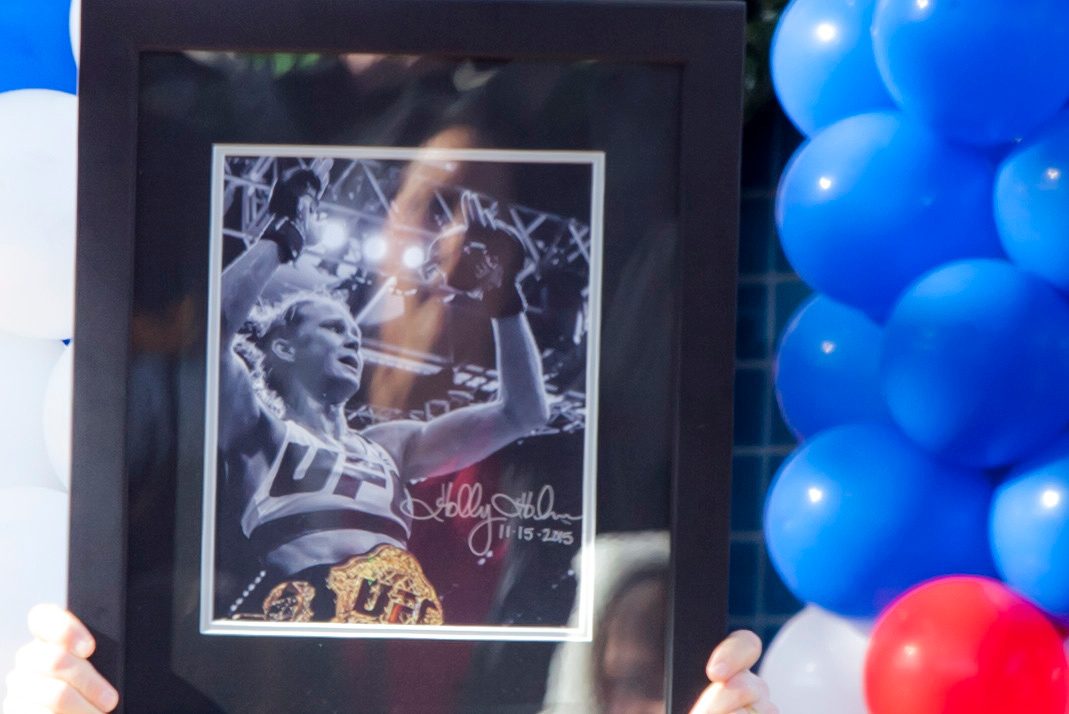 The winning bid for this photos was $7000 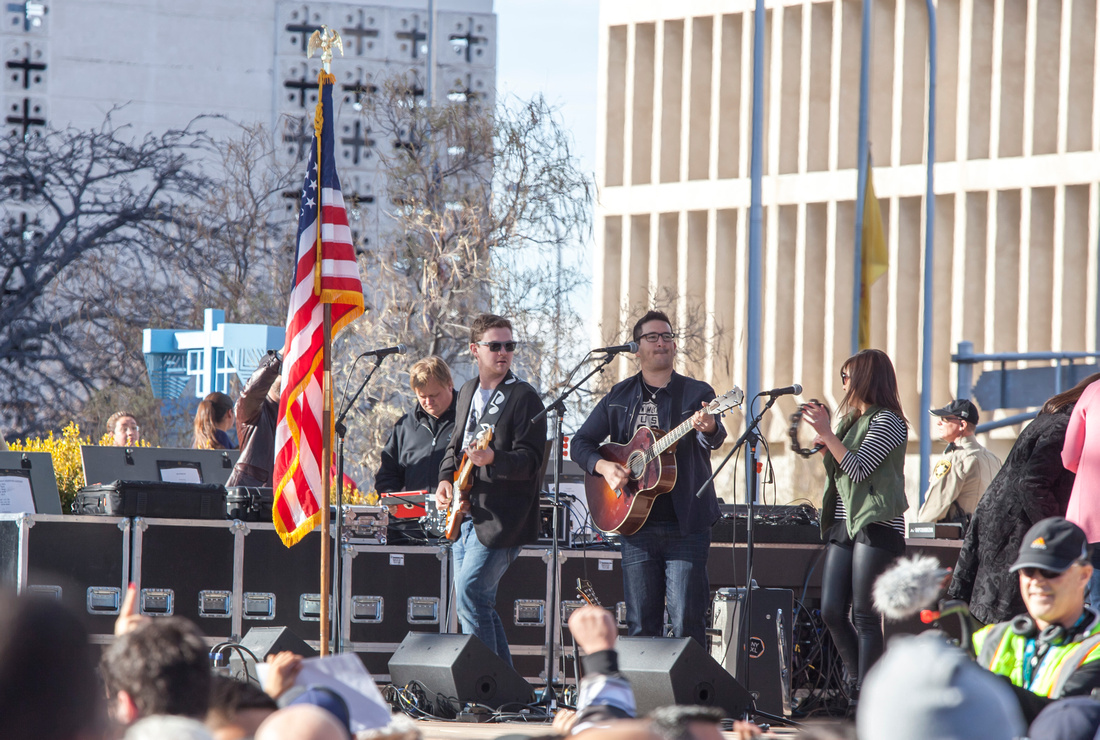