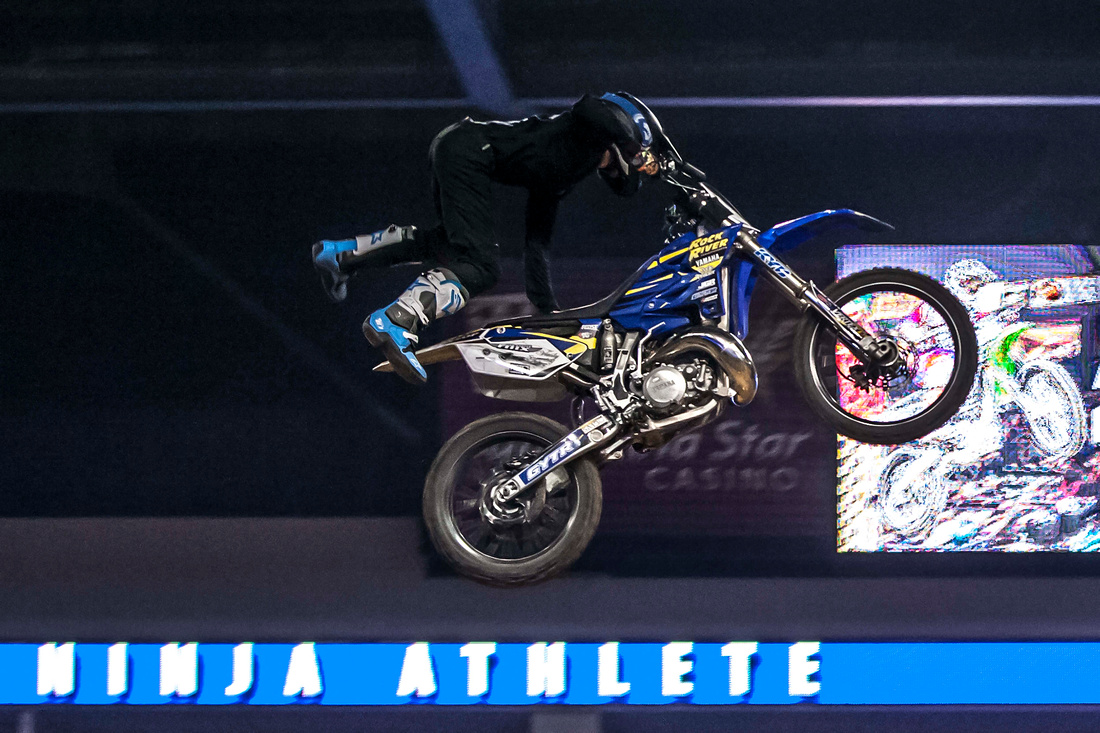 At the end of the Kicker Arena Cross Competition there was a Free Style demonstration by two riders. Some of the signs that happened to be on as the riders flew by seem rather appropriate. 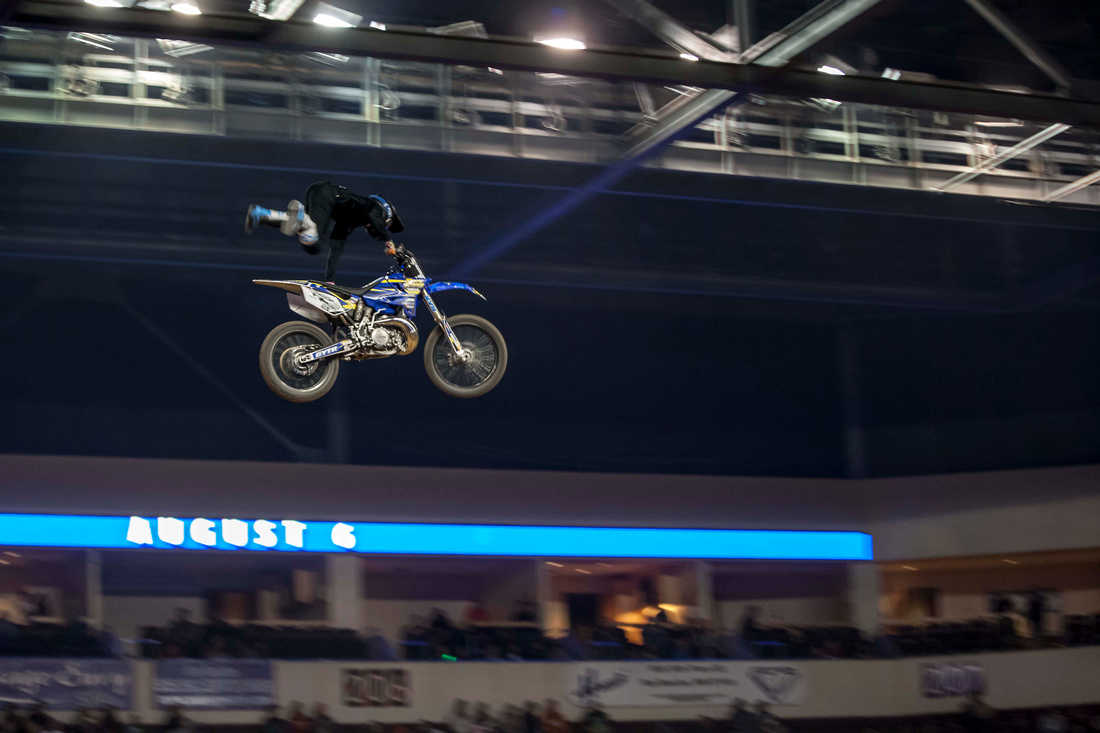 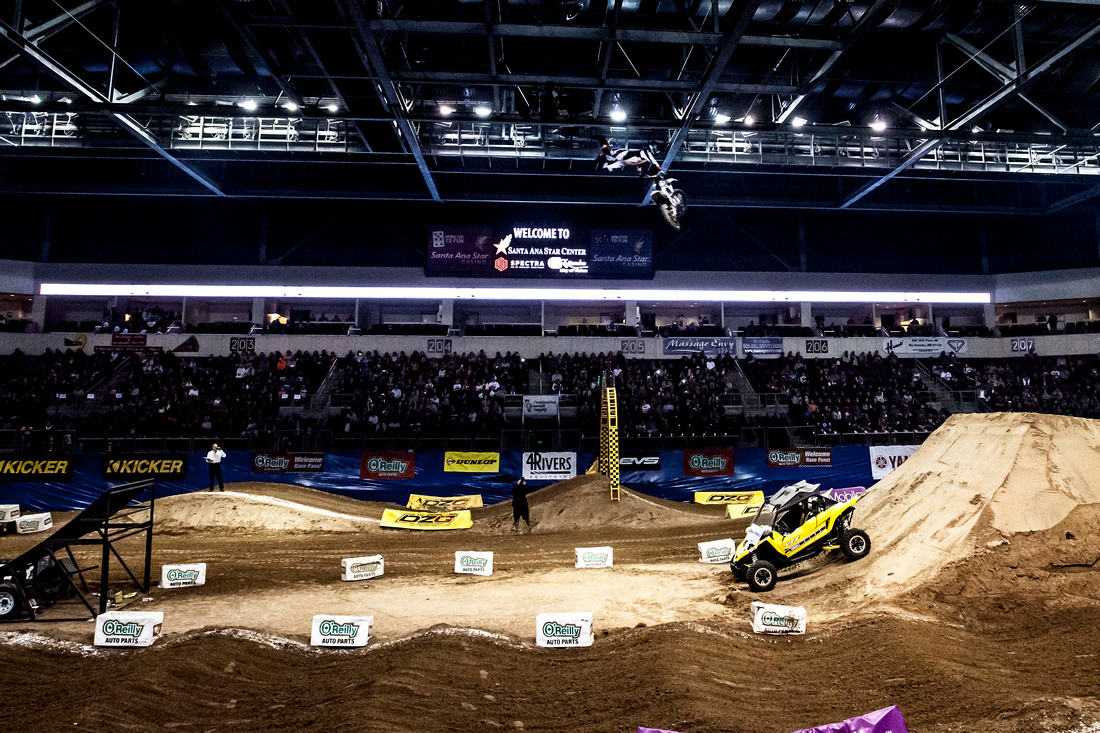 They used the ramp to launch themselves into the air where they did various stunts, and landed on the dirt mound. You can see an animated gif of the rider making the jump at https://photoofthedayetc.wordpress.com/2016/03/20/free-style/ 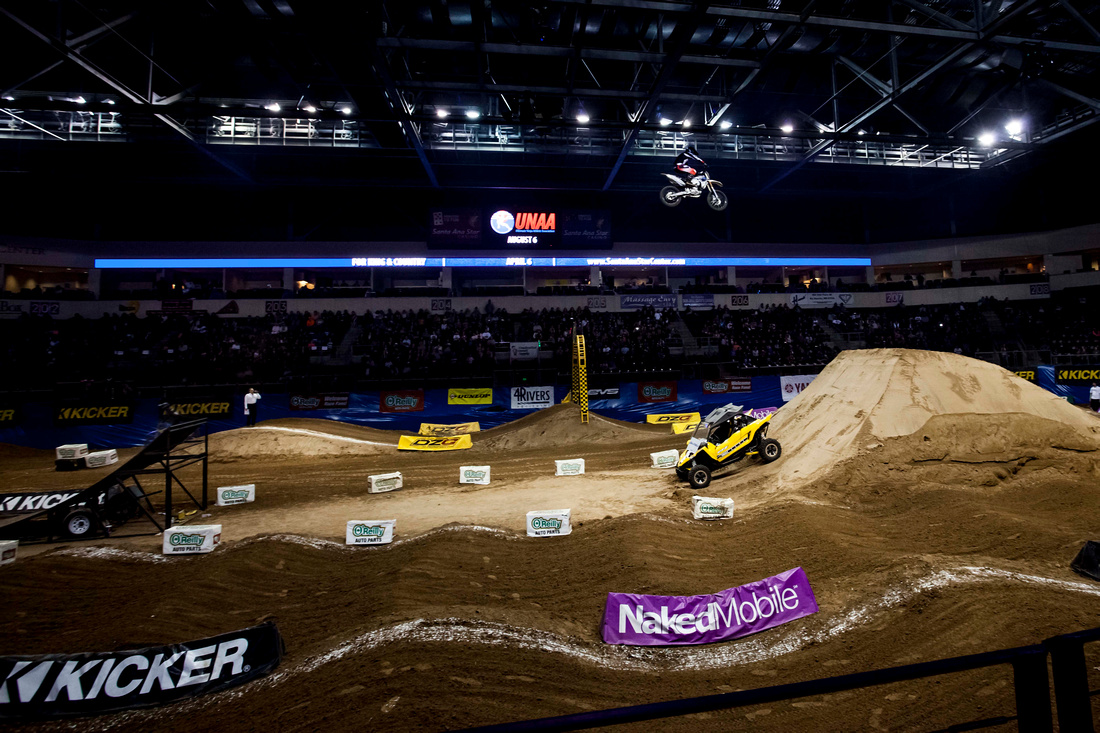 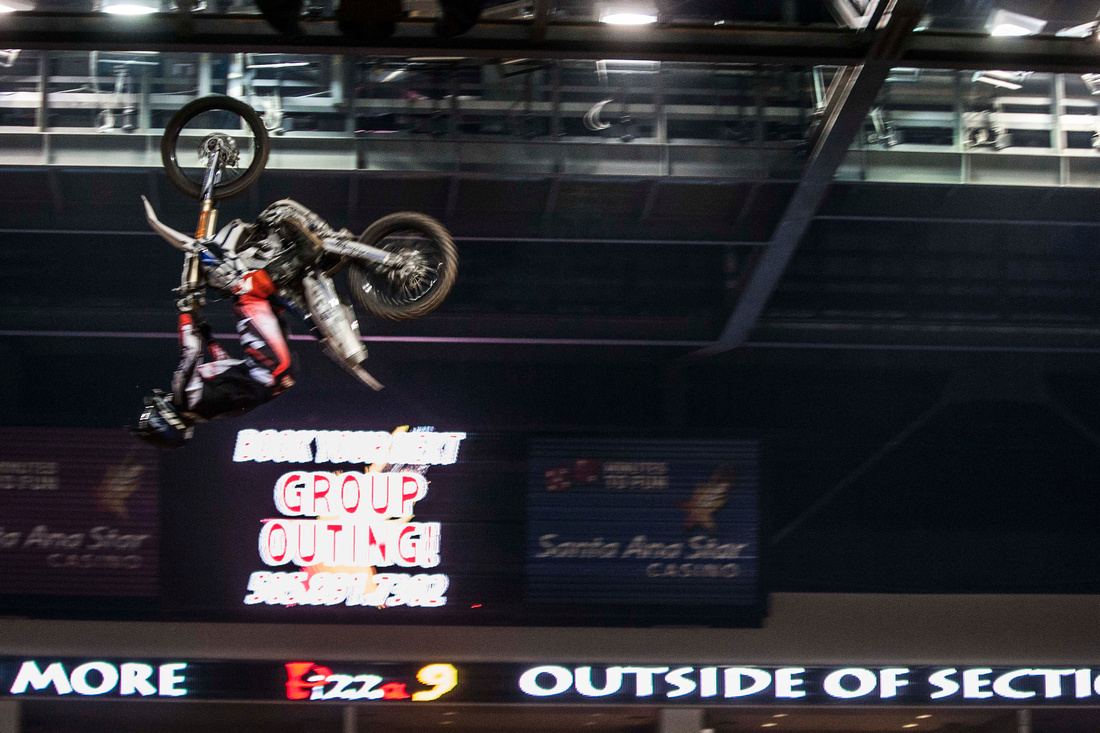 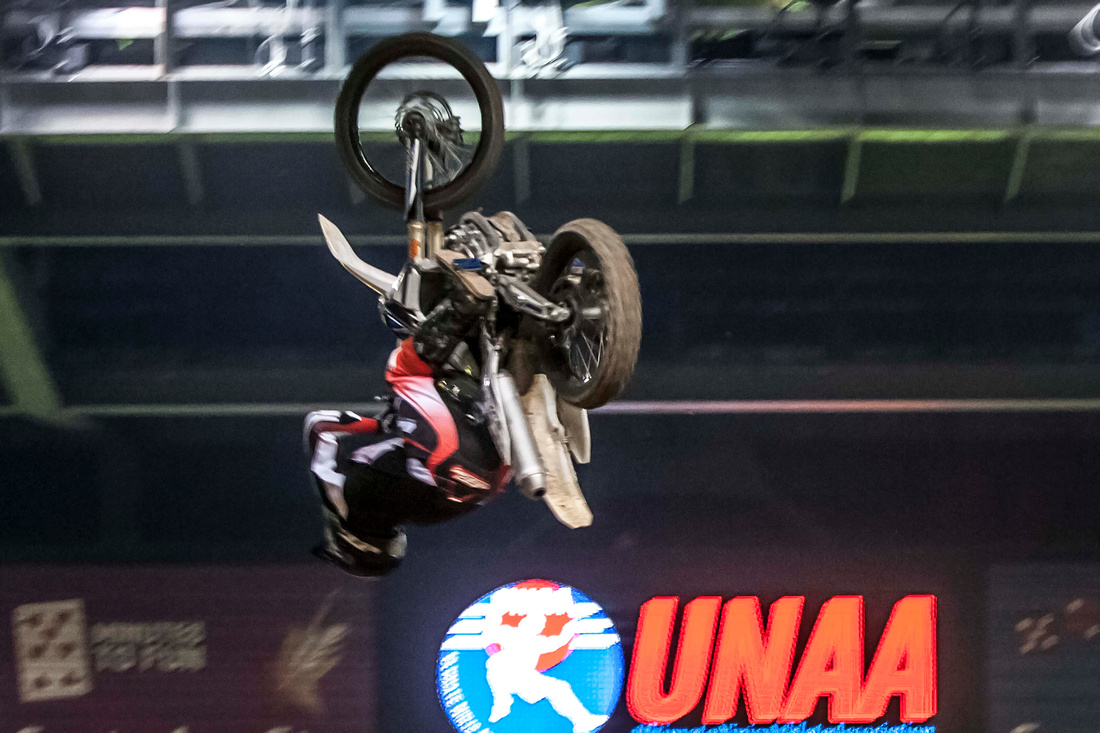 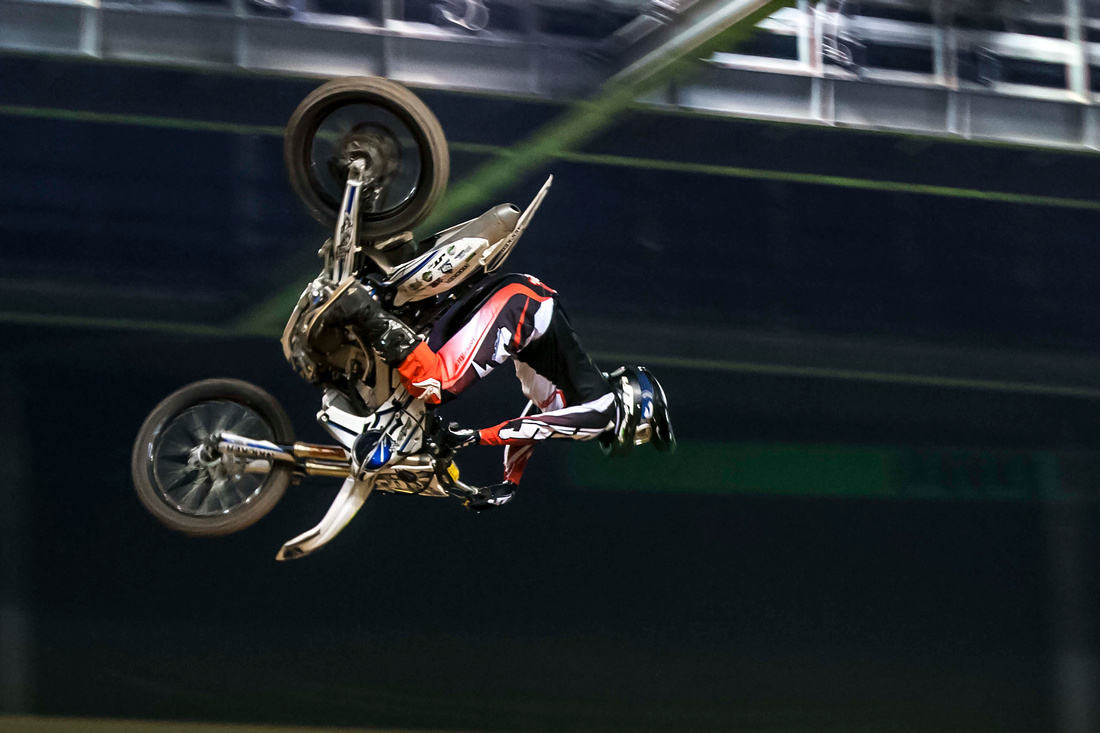 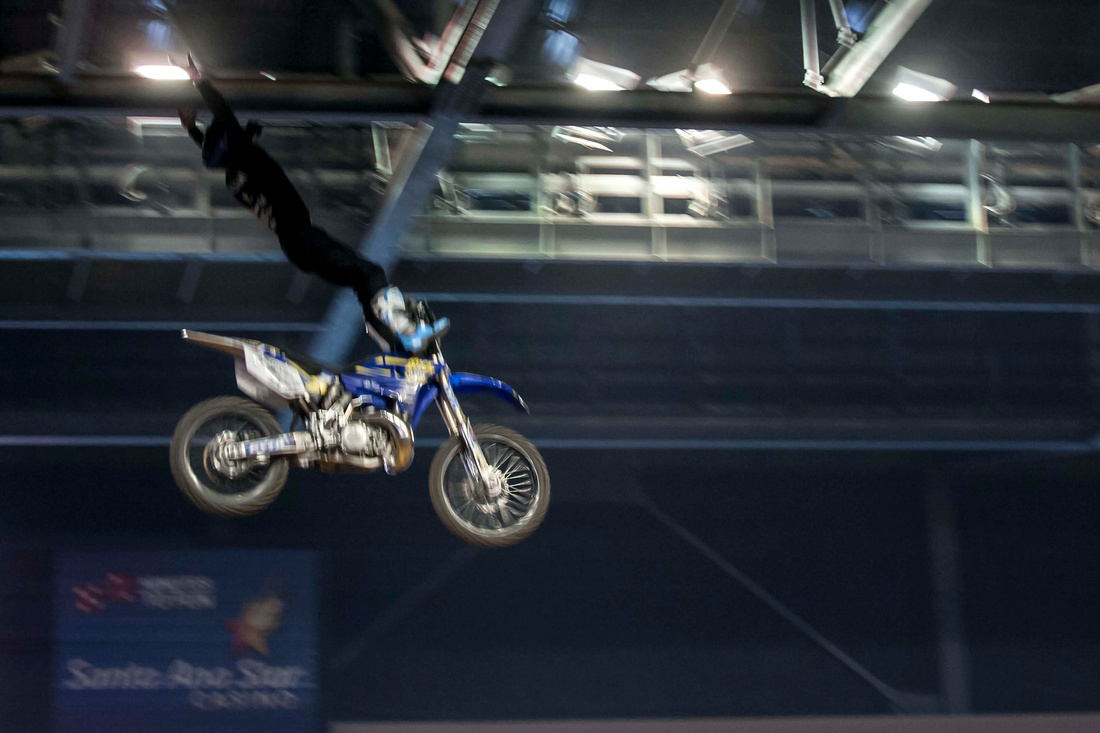 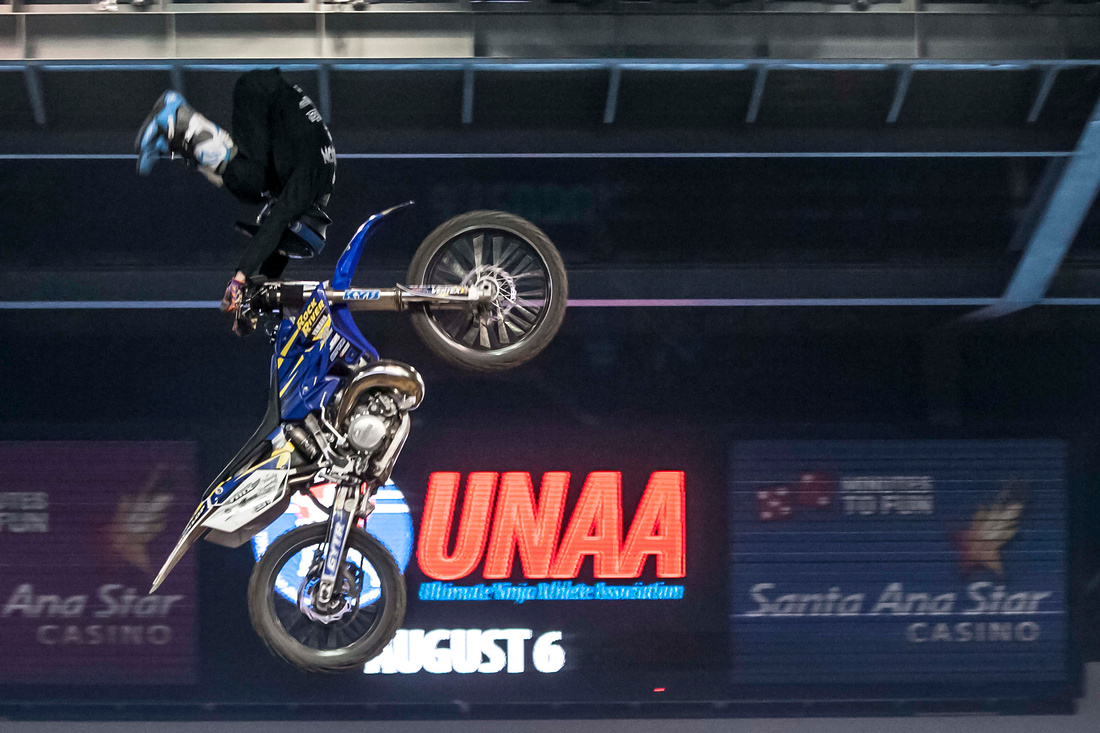 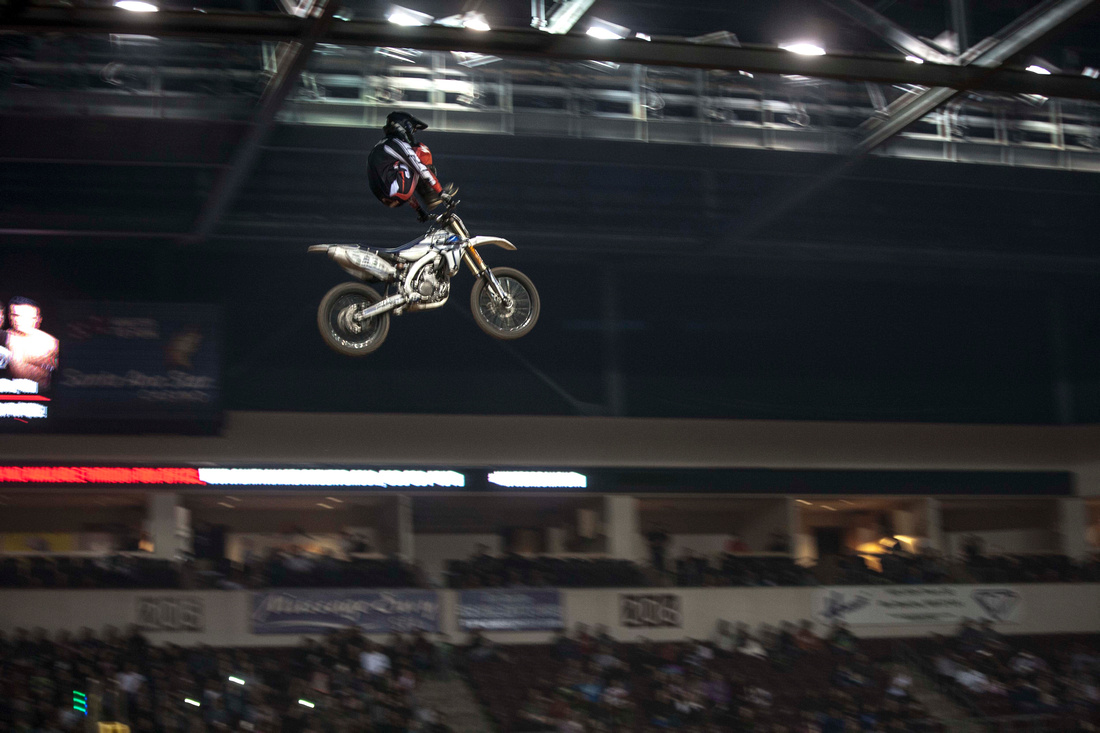 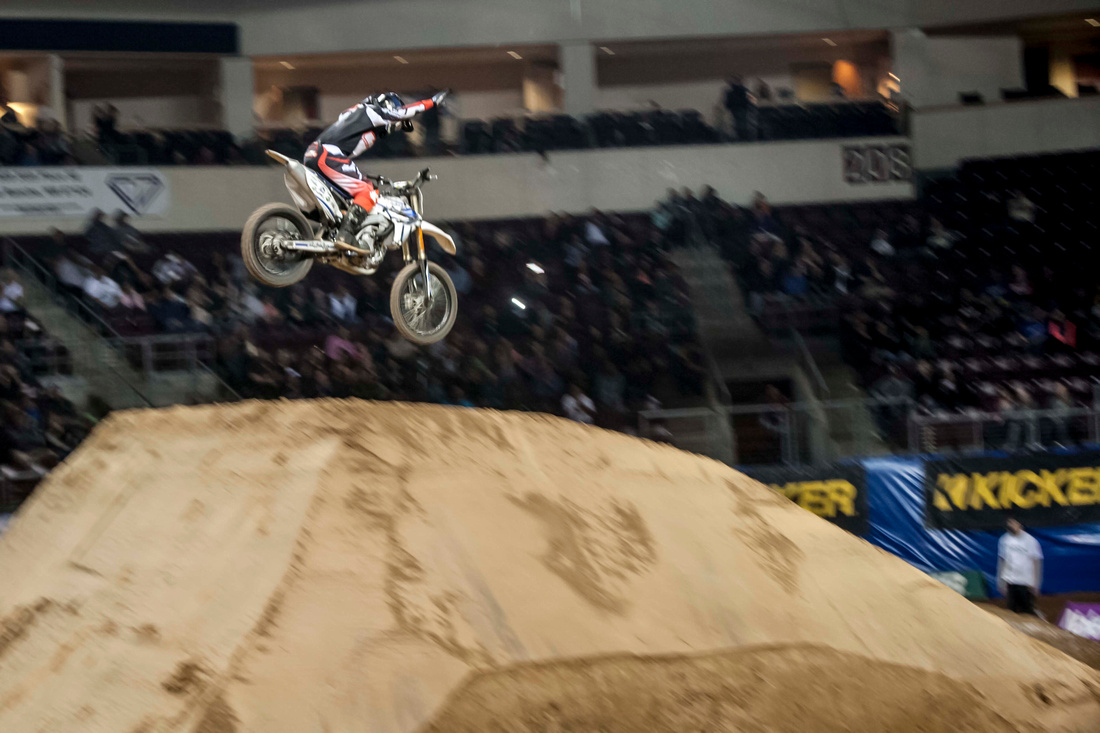 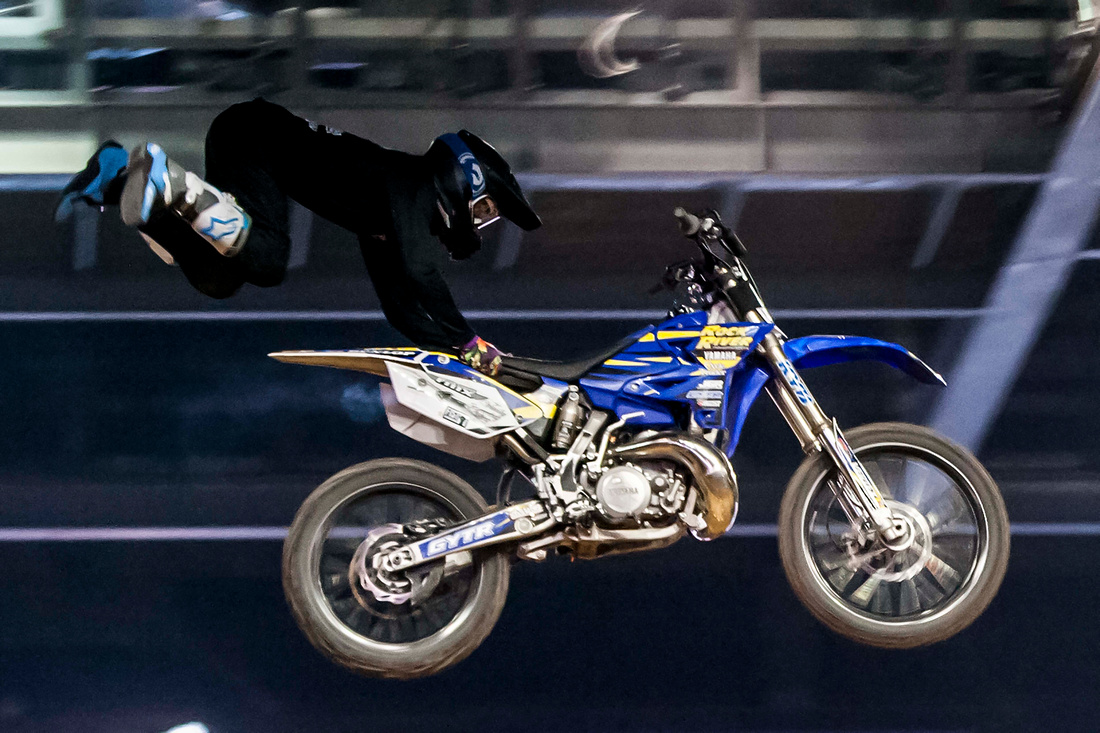 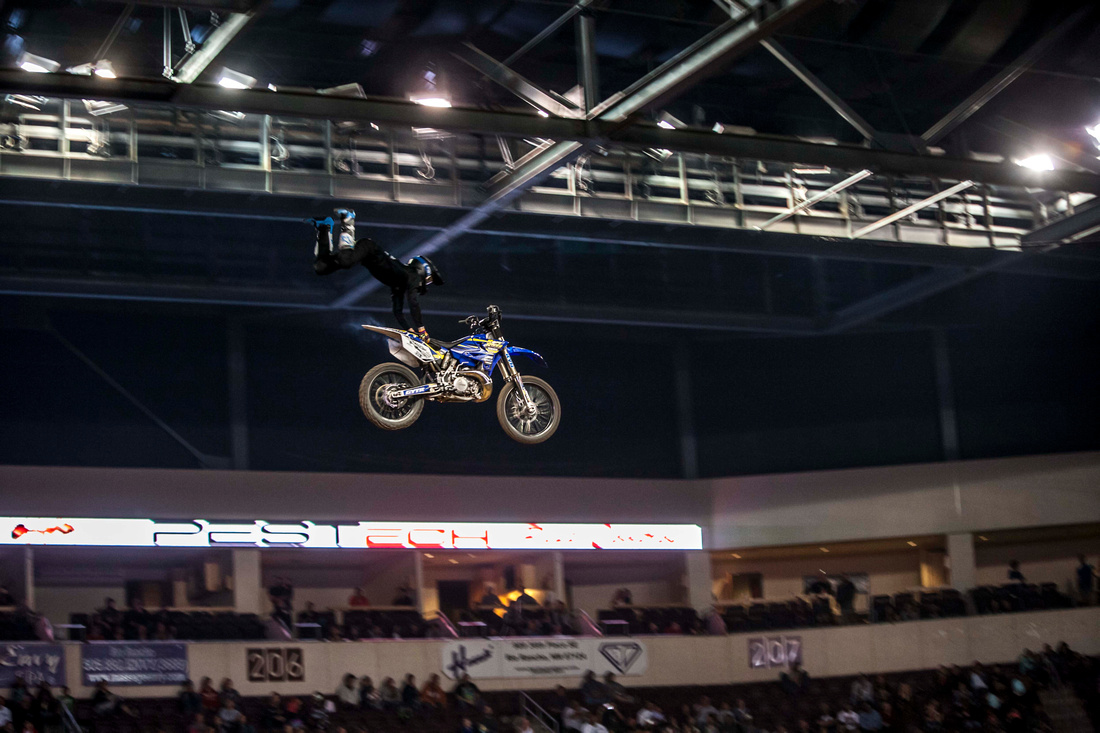 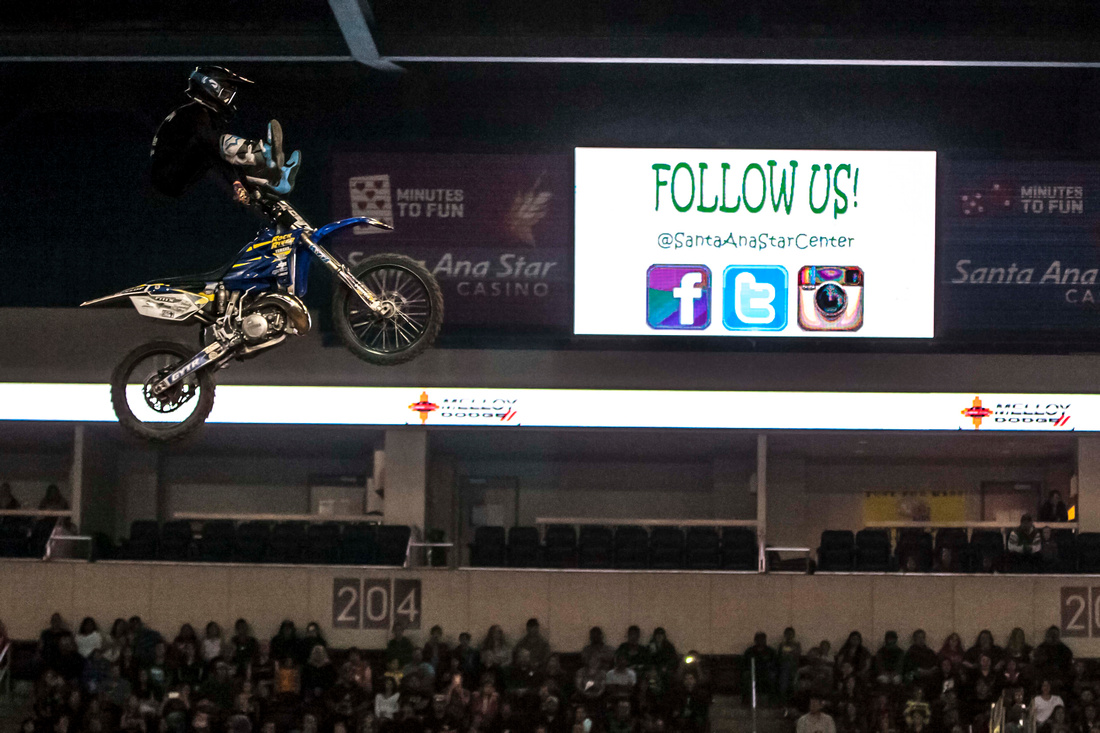 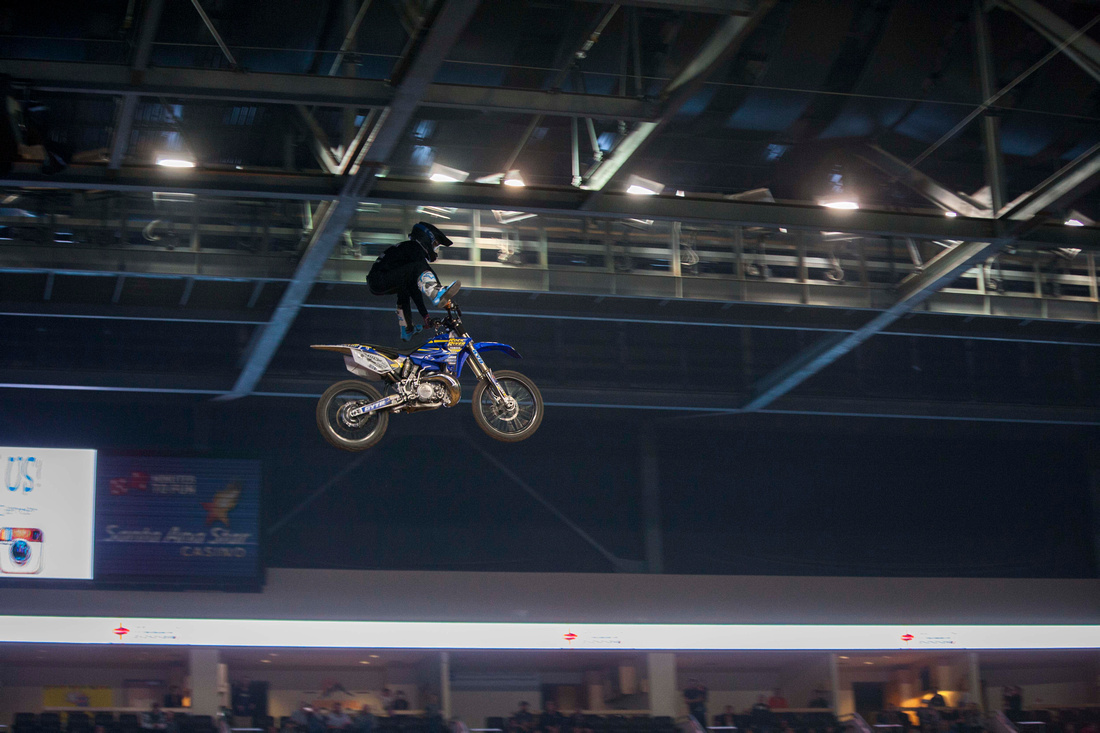 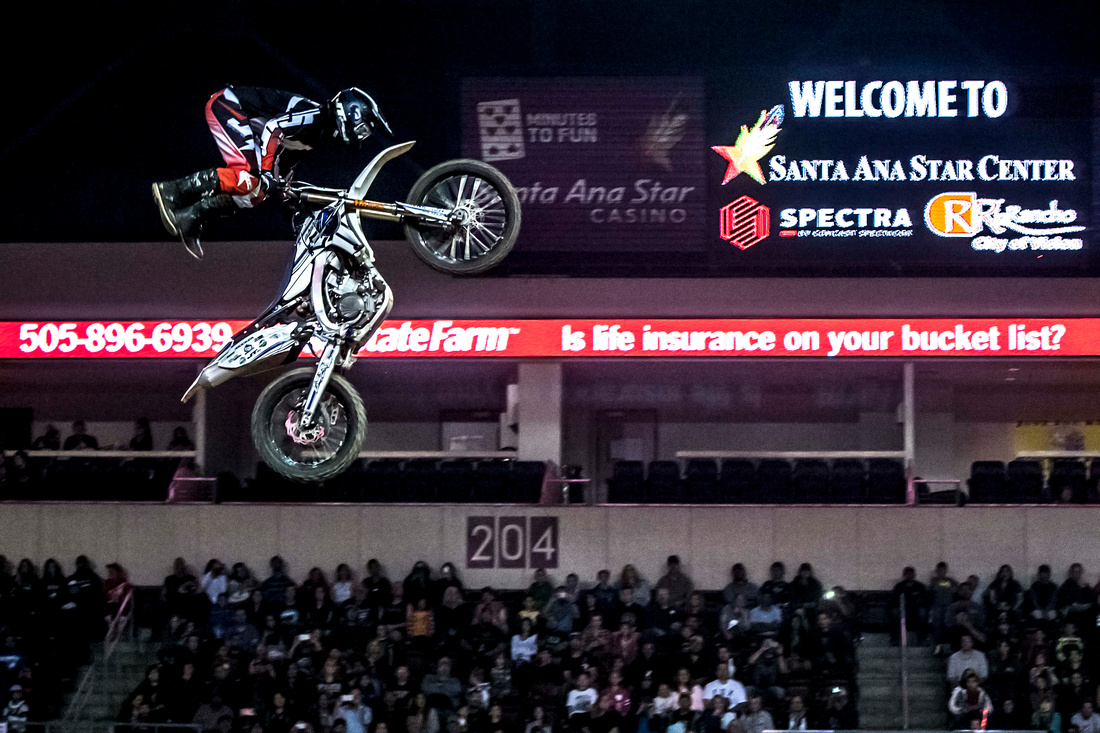 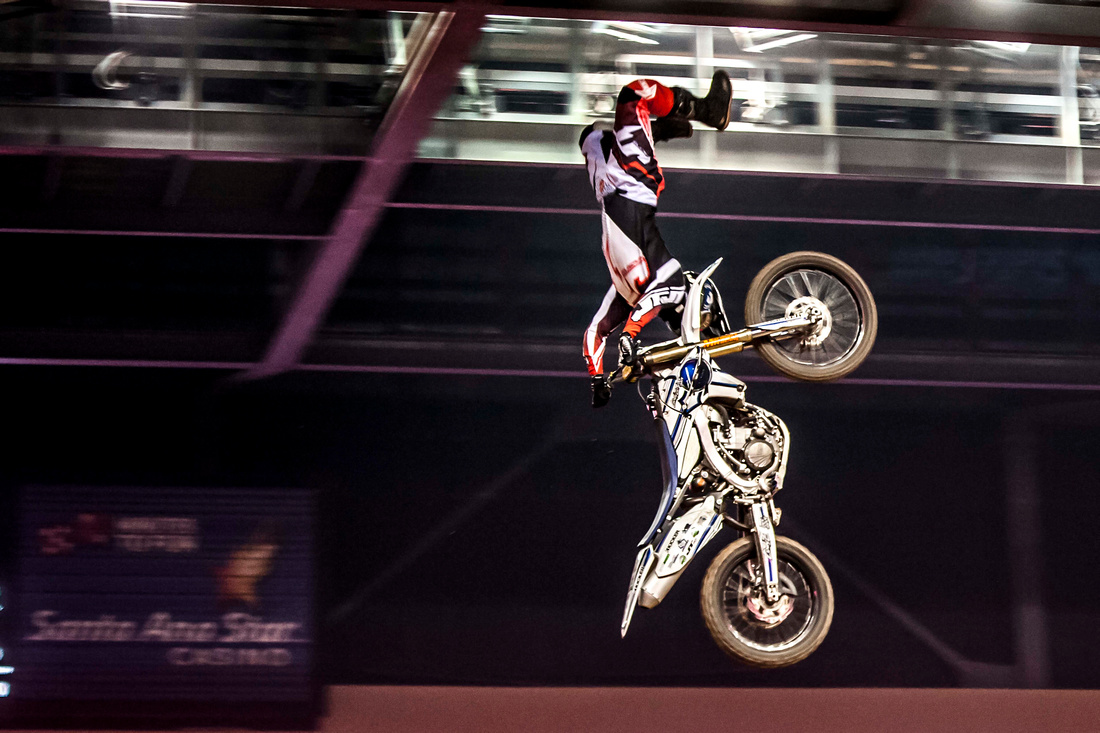 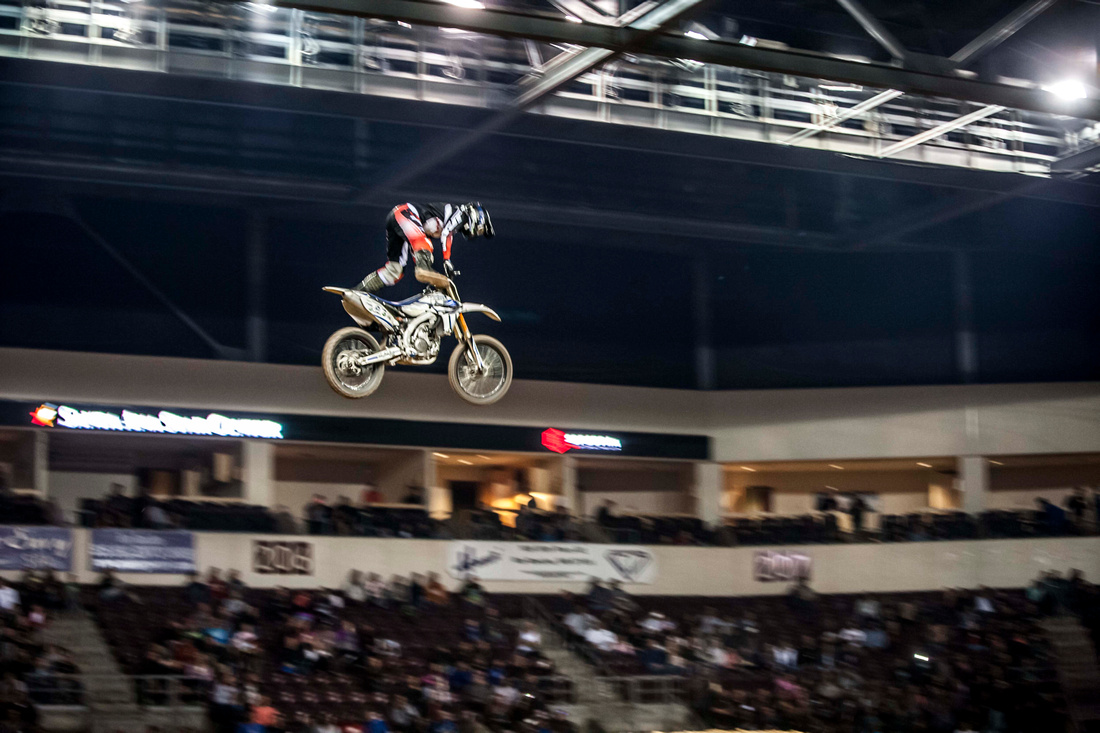 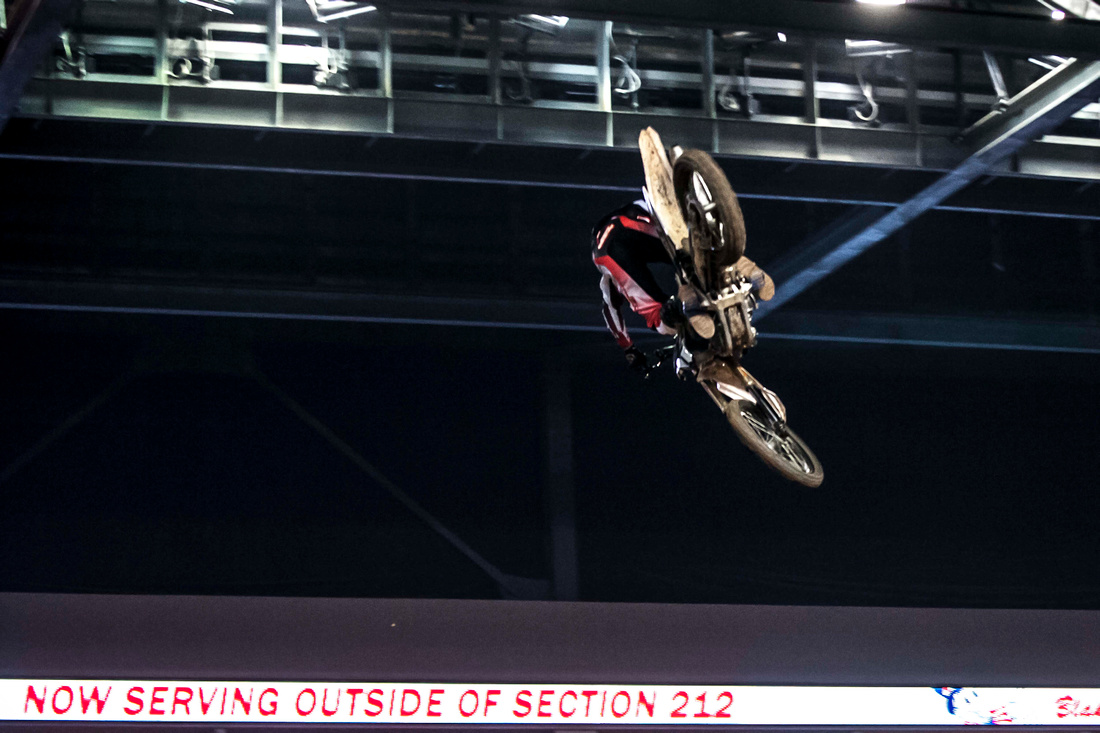 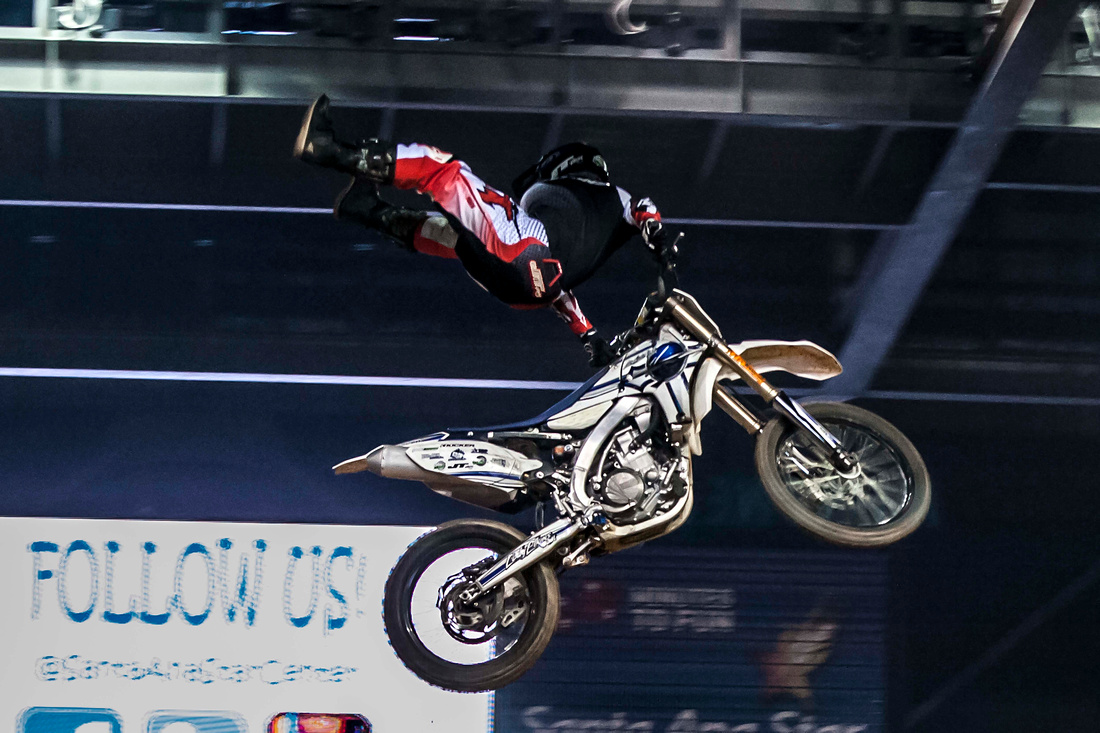 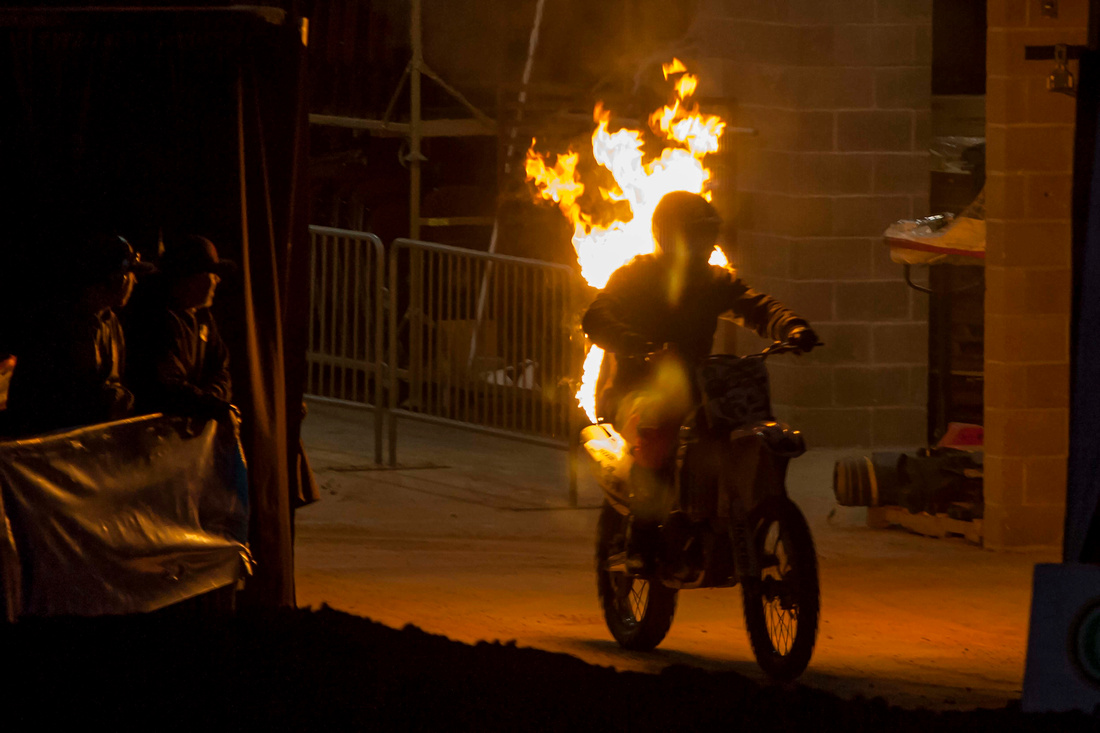 The finale involved lighting one rider on fire. 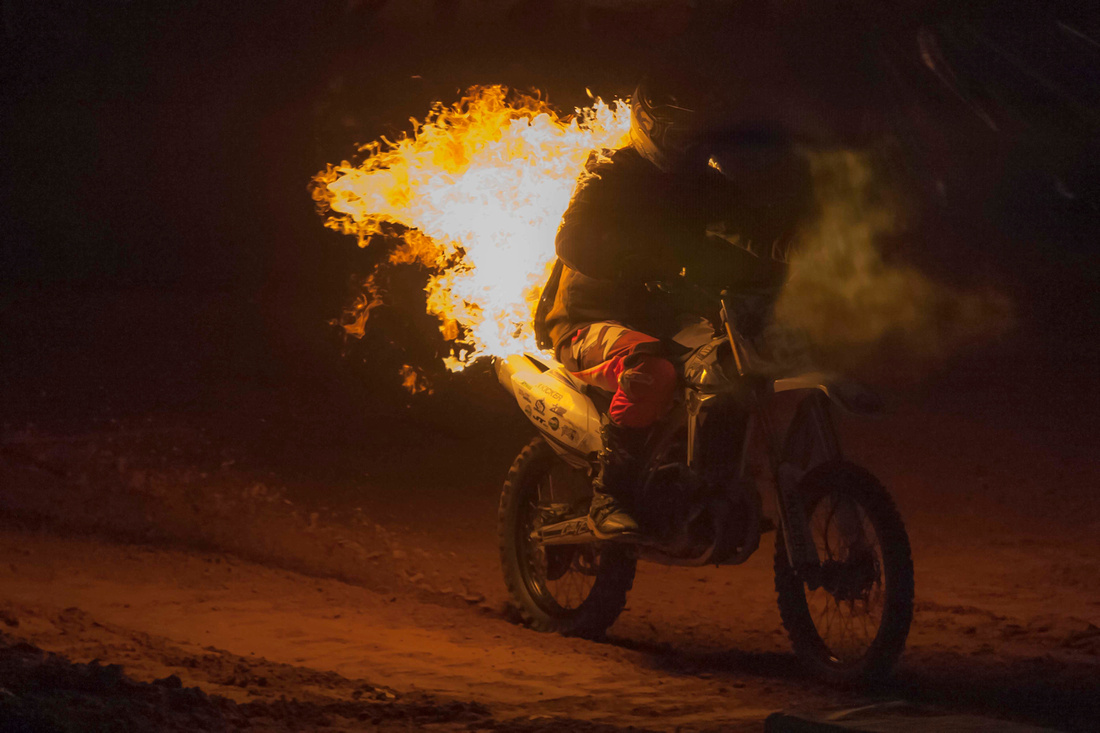 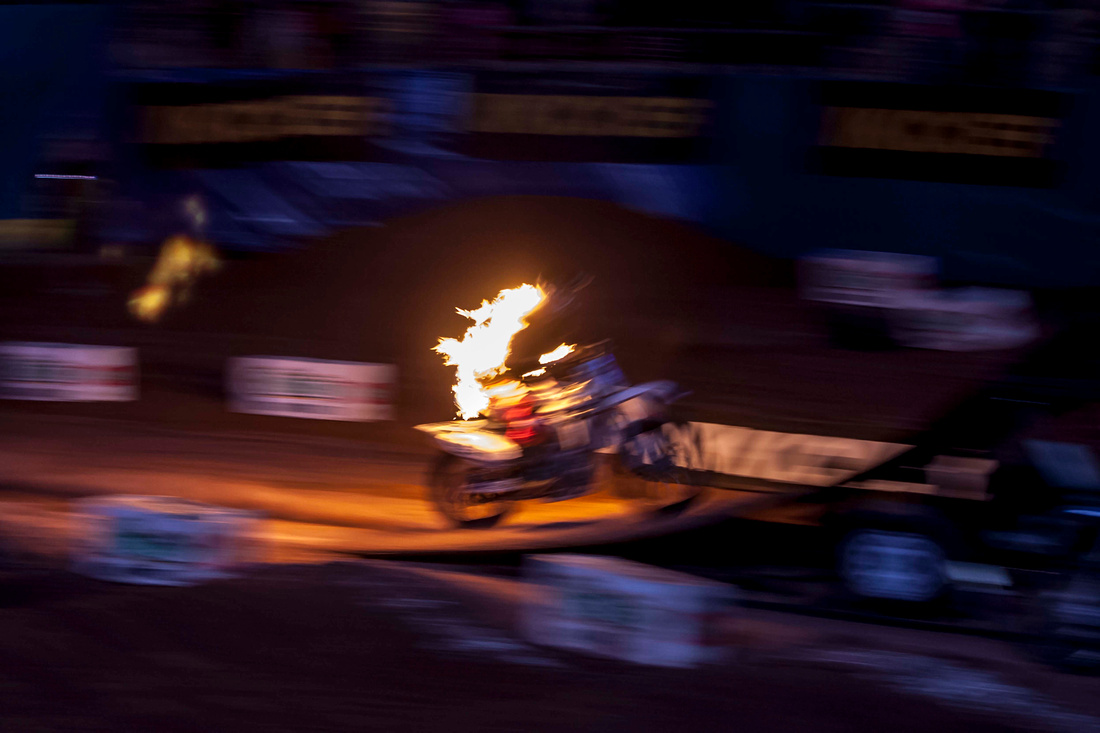 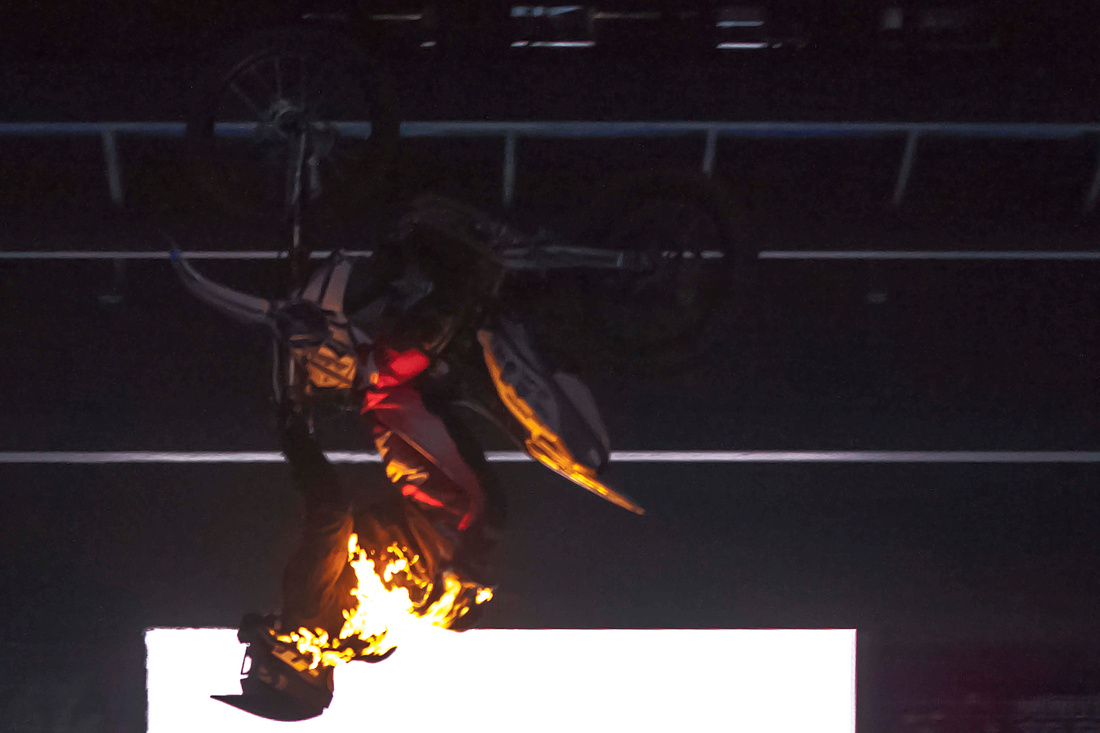 He did a flaming flip. Unfortunately, a very bright sign came on and messed up my exposure. 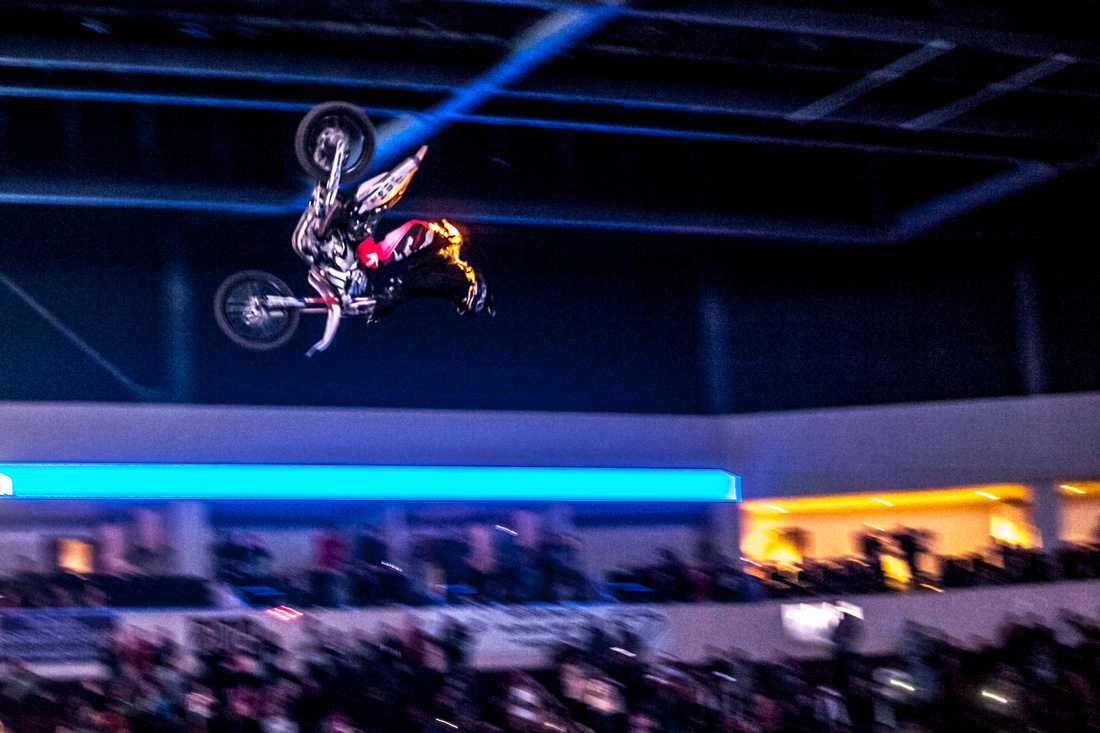 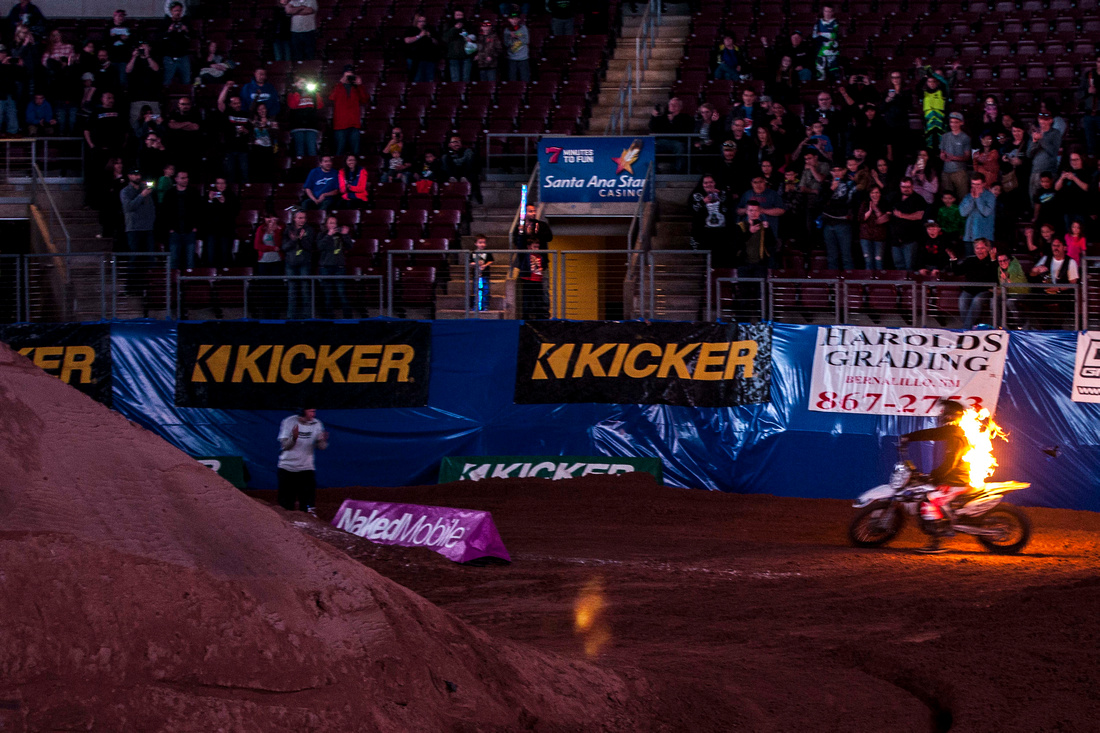 Safely on the ground, and still burning. 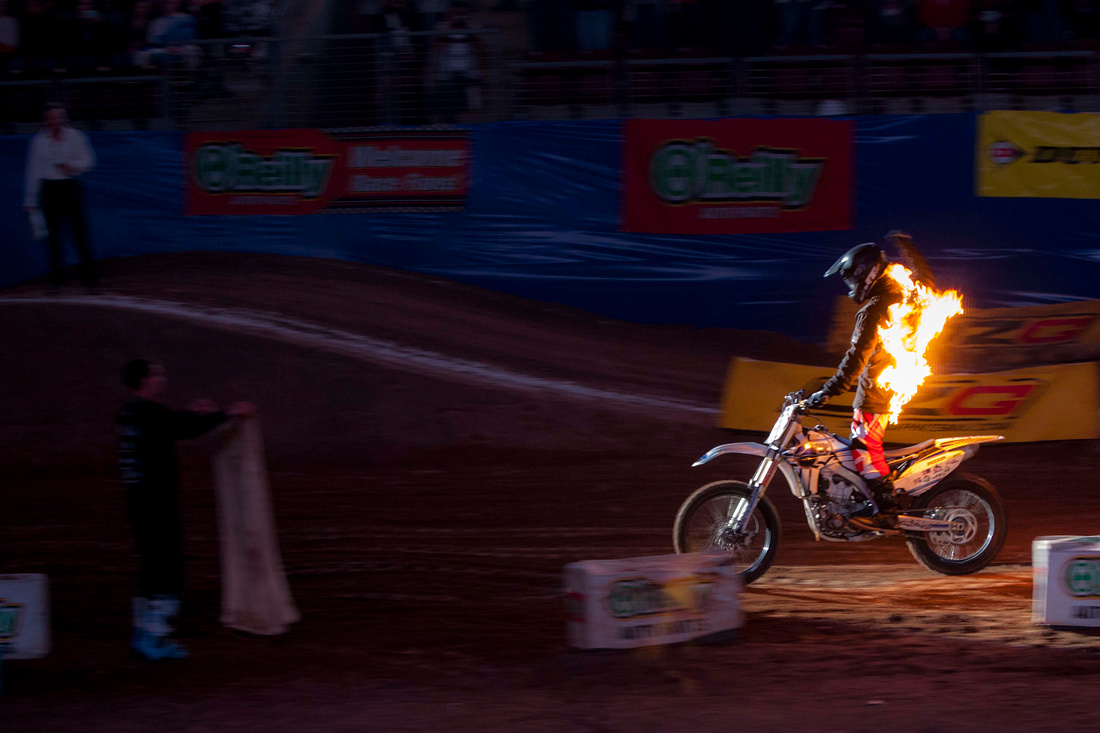 He rides a fiery victory lap. 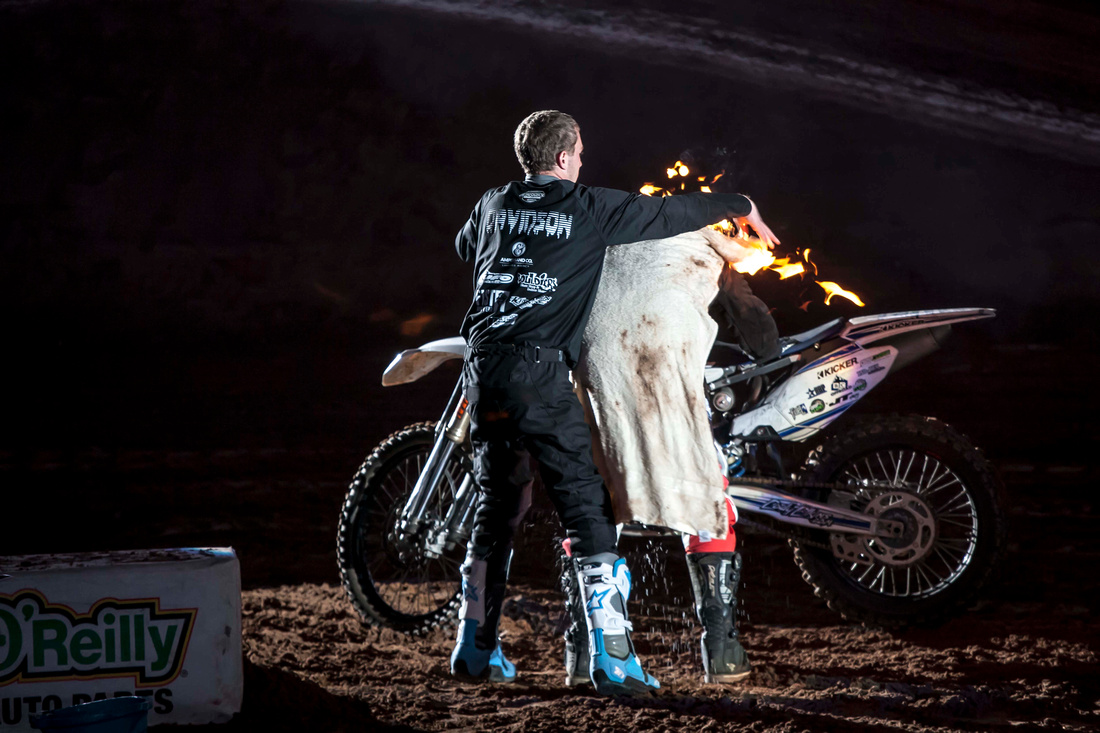 The rider gets covered with a wet towel to put out the fire. 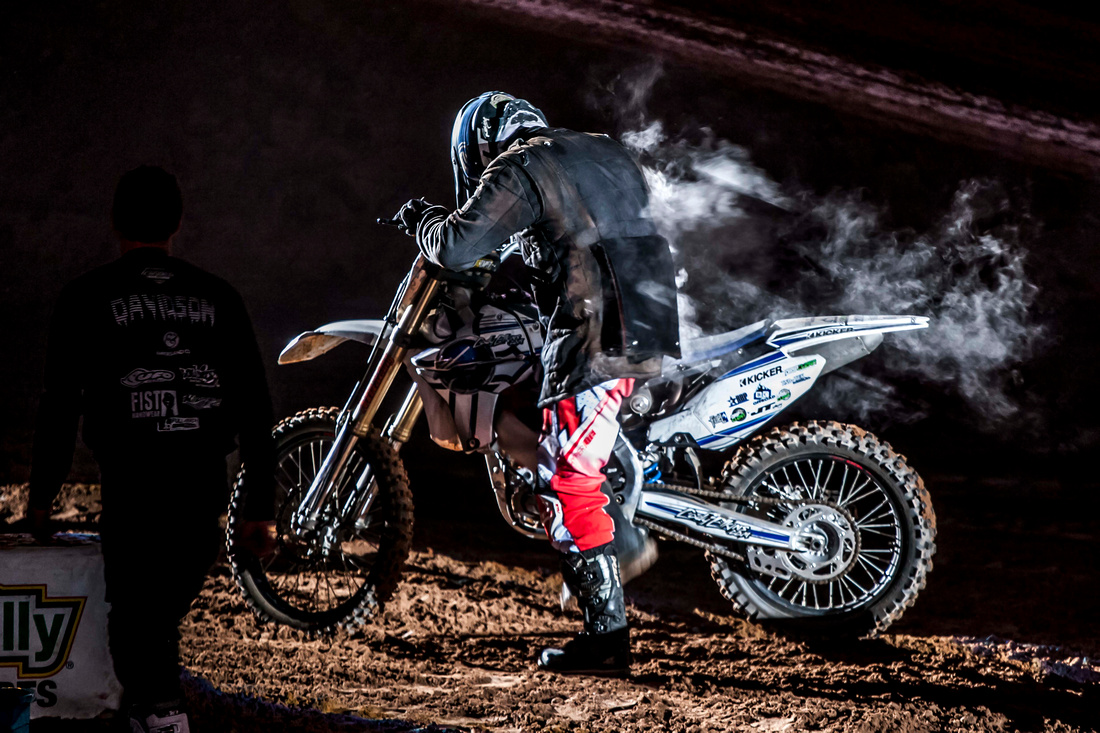 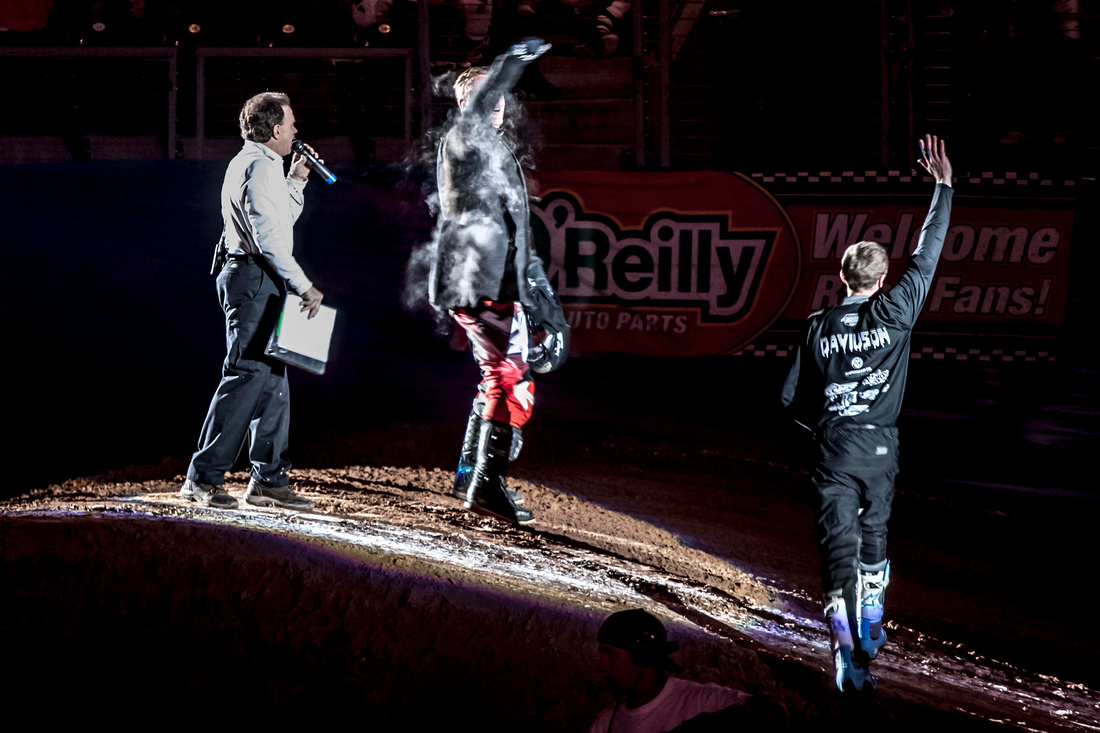 A smoking wave to the cheering crowd.