We Wish You a Merry Catmas 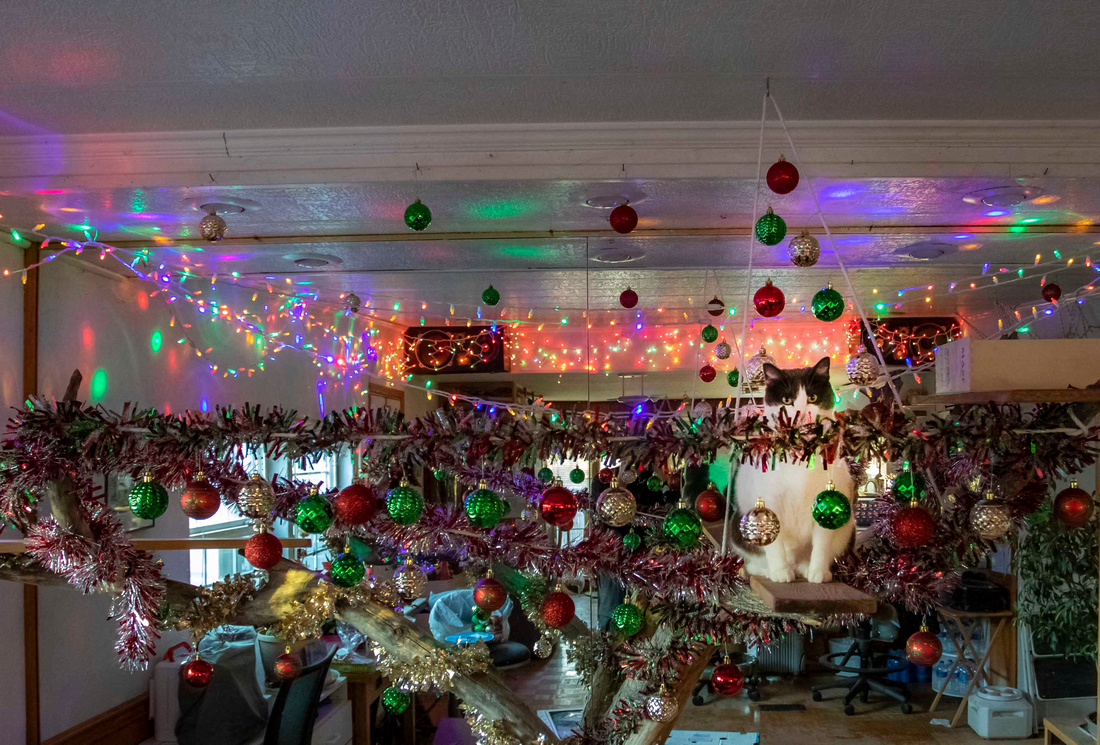 Sasha pondering the paparazzo before getting involved in a swat at ornaments and tear up tinsel play session.

In the thirty-six and a half years that Laurie and I have been married, we have never had a traditional Christmas tree. In keeping with our tradition of non-traditional Christmas trees, I built the kitties a Catmas tree out of three large cottonwood branches that look like antlers once I bolted them together. Then I wrapped some rope between the branches and the ceiling, and loaded the Catmas tree with tinsel the kitties could tear up, and ornaments they could swat at, knock off, and then continue batting around like soccer balls after they bounced round on the floor. Sasha has found it most fun to swat the ornaments around until they fall off the tree, and tear up the tinsel. Marble also really likes playing with the ornaments and tinsel, but she also discovered her tail moves around with the ornaments, so she will try to get her tail by reaching under the platforms almost falling off the Catmas tree in the process. Loki, Silver and Spunk don't play much with the ornaments or tinsel, but the love to lie around on the platforms, especially in the wine box I screwed onto the highest platform. They wait in line for the wine box and sometimes fight over it like they do the kitty hammocks. Lola and Najar have shown little interest in the Catmas tree.

Spunk got worn out helping me build the Catmas tree. The branches are big and heavy, and it was a lot of work. 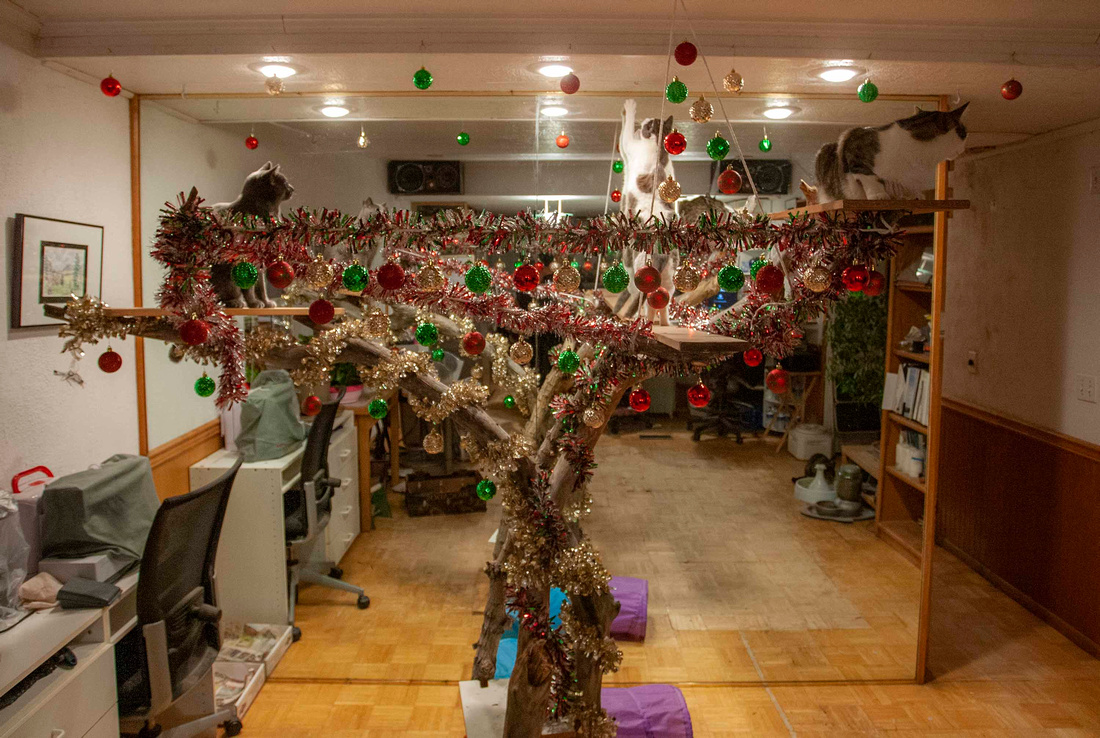 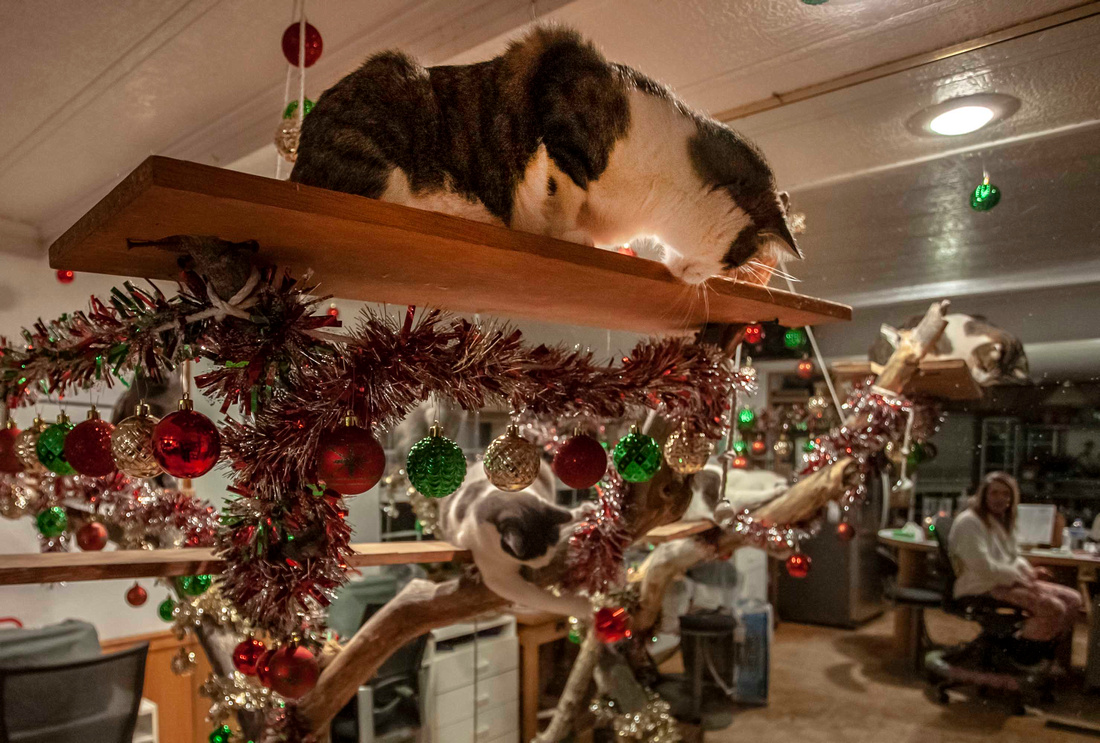 Sasha trying out swatting an ornament while Spunk and Laurie watch. 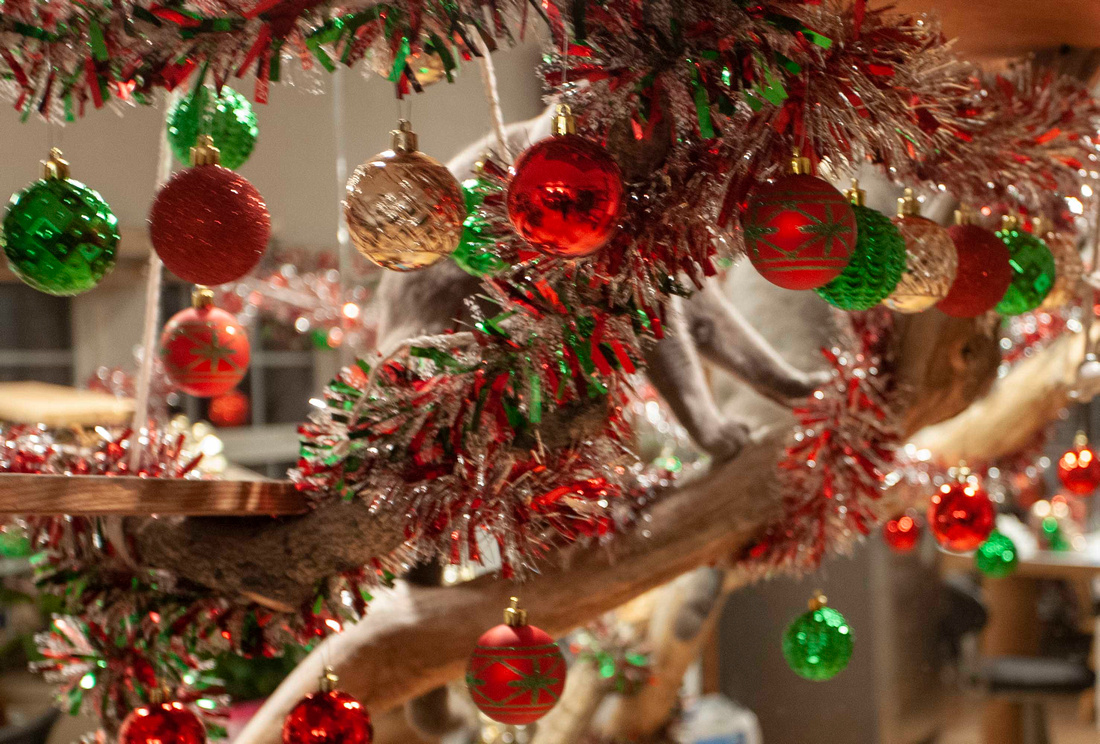 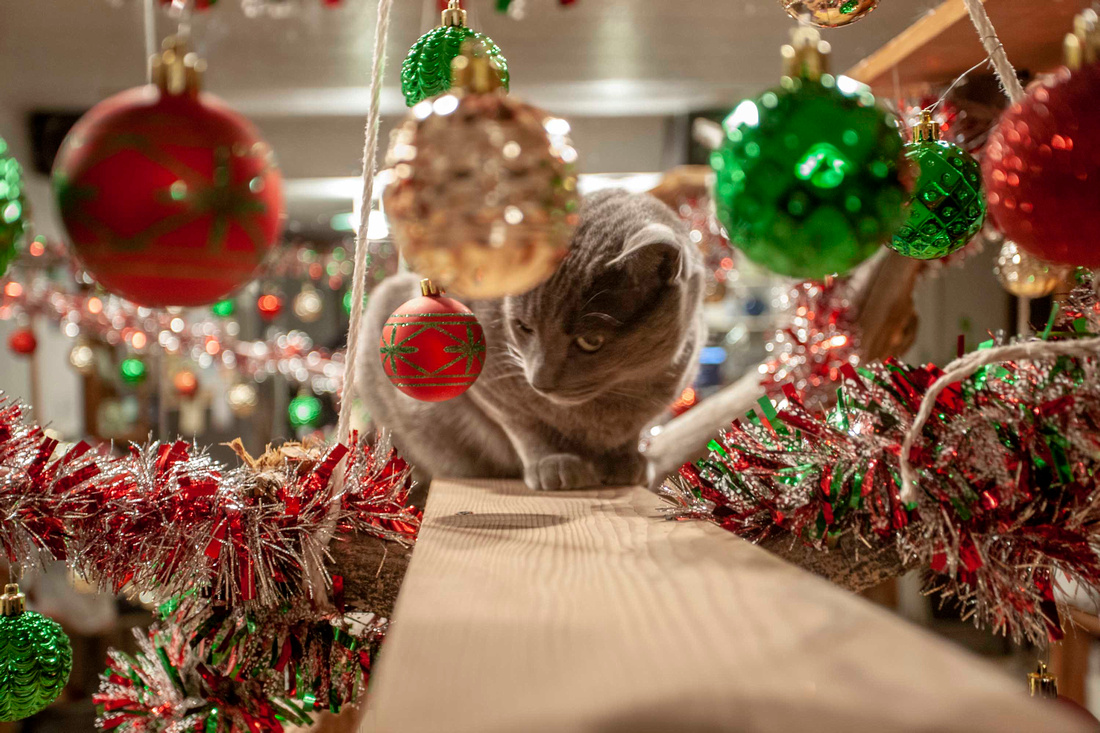 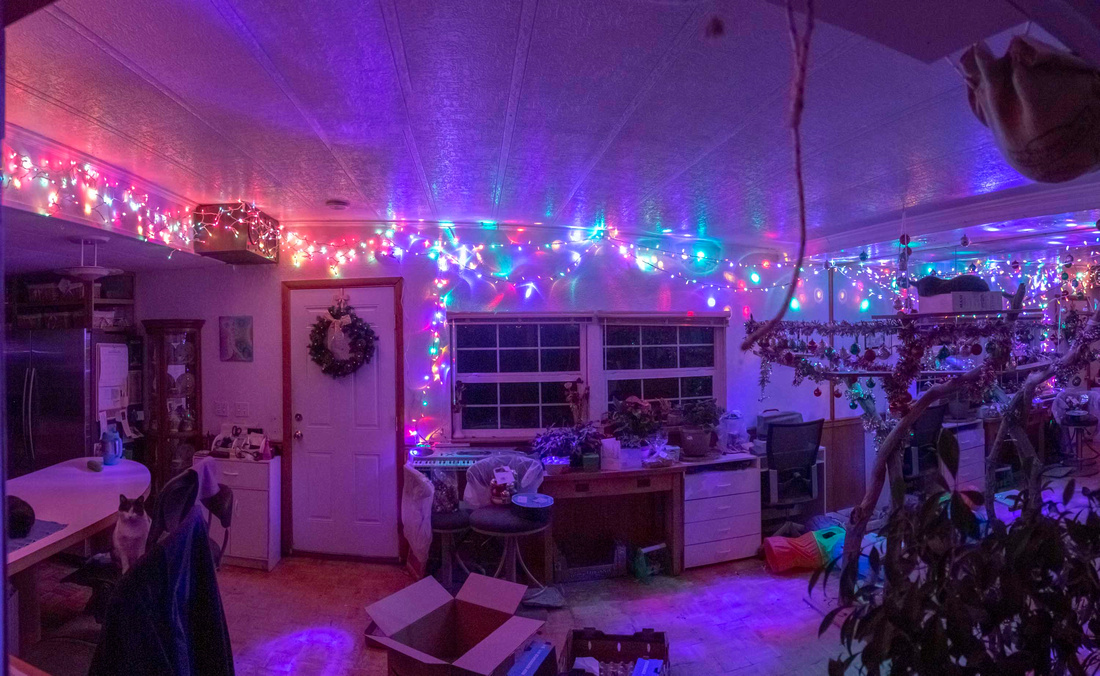 I finally got all the lights up. Sasha looks on from the chair, while Silver lounges in the wine box. 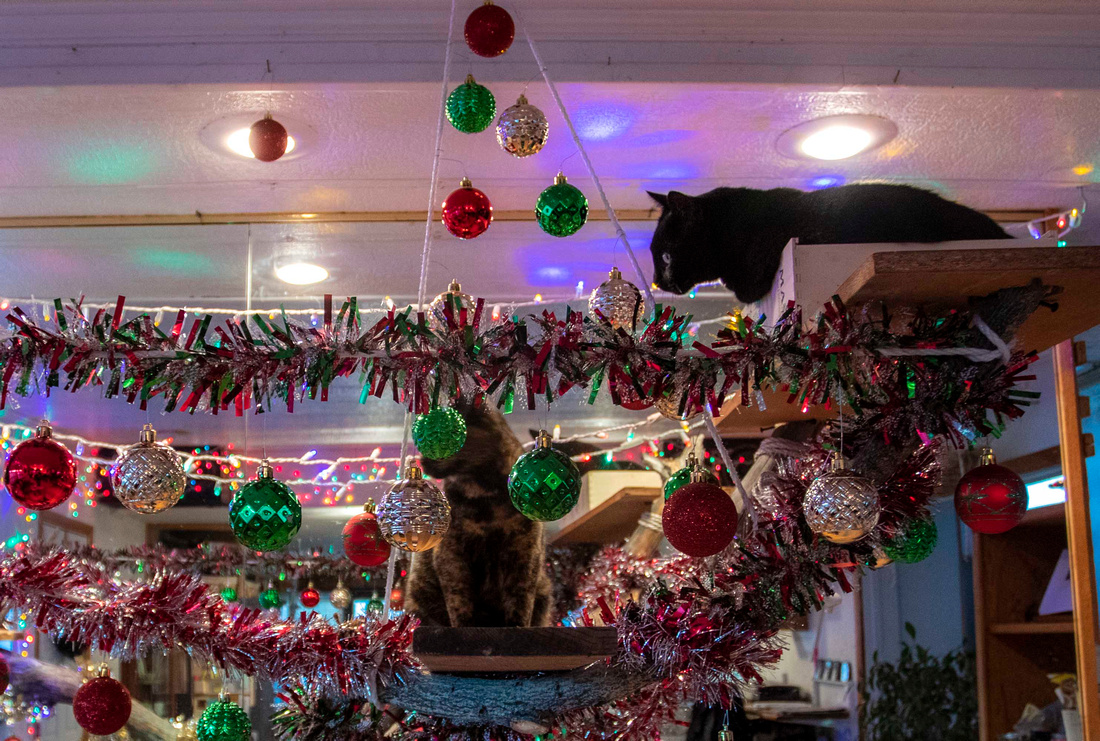 Marble and Loki watching Sasha swat at an ornament and tear up tinsel. 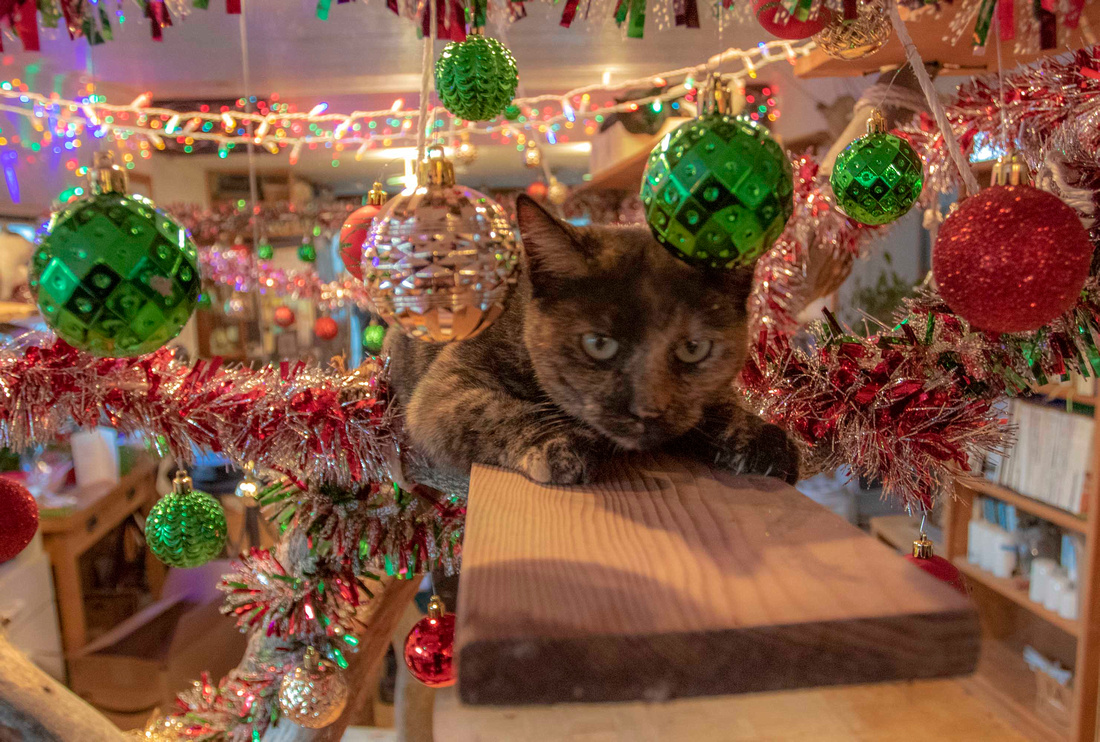 Marble looking under the ornaments at the silly paparazzo. 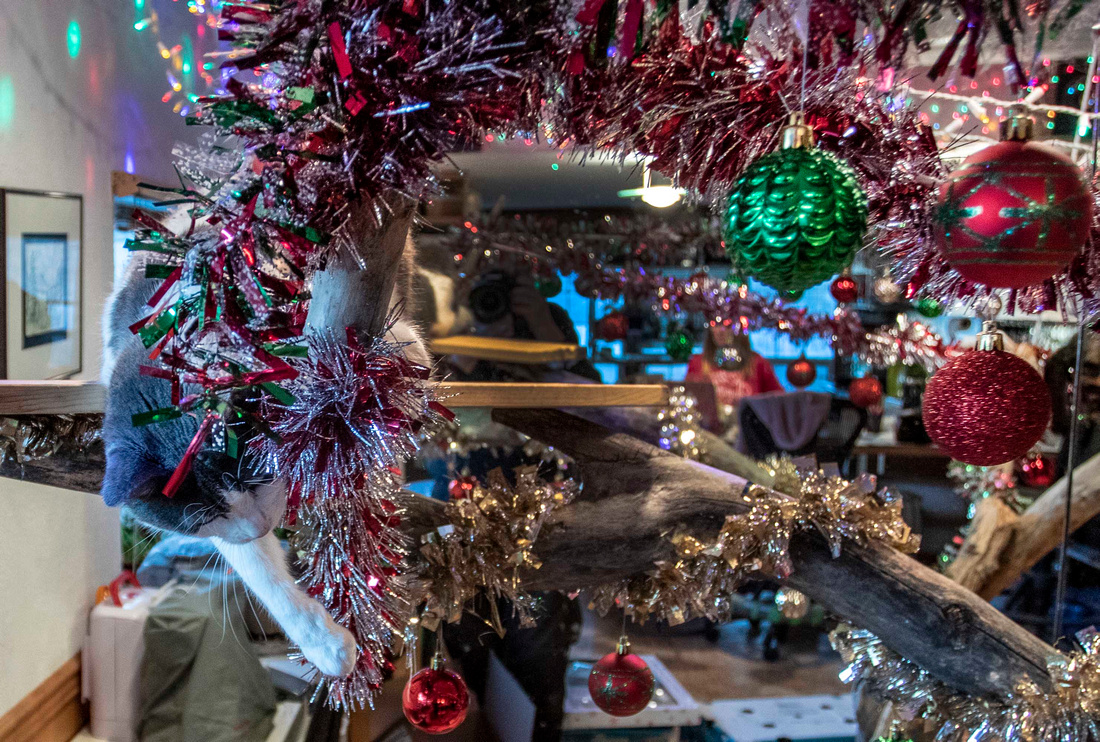 Sasha going for the tinsel 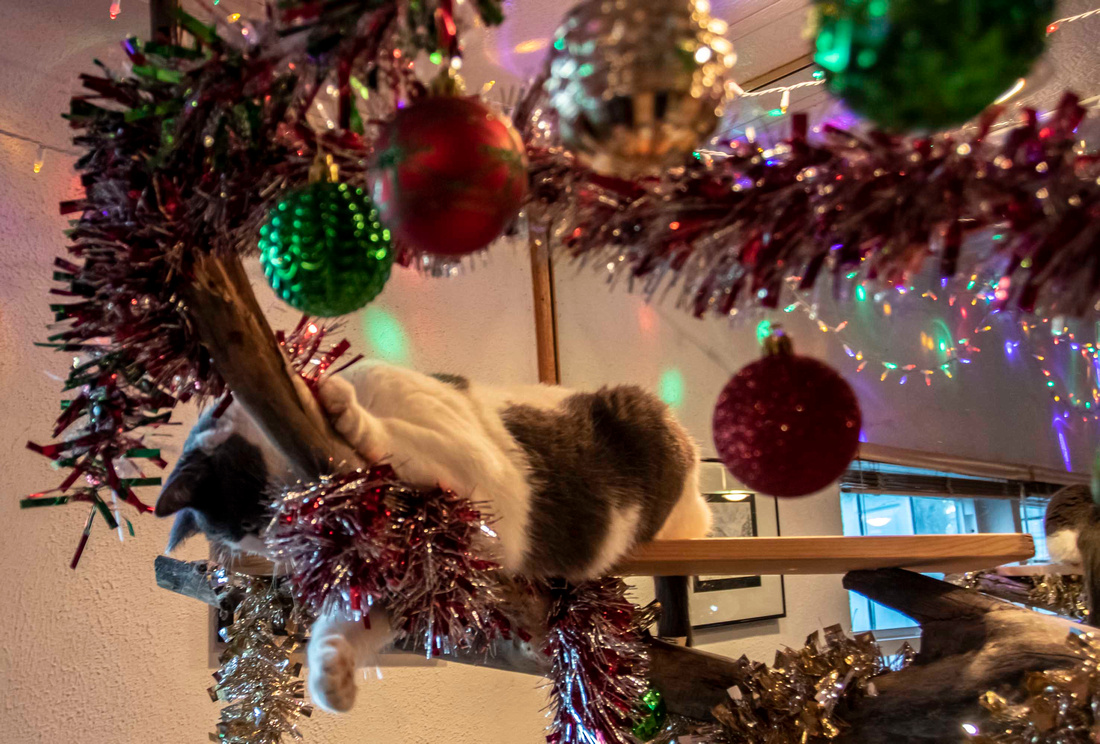 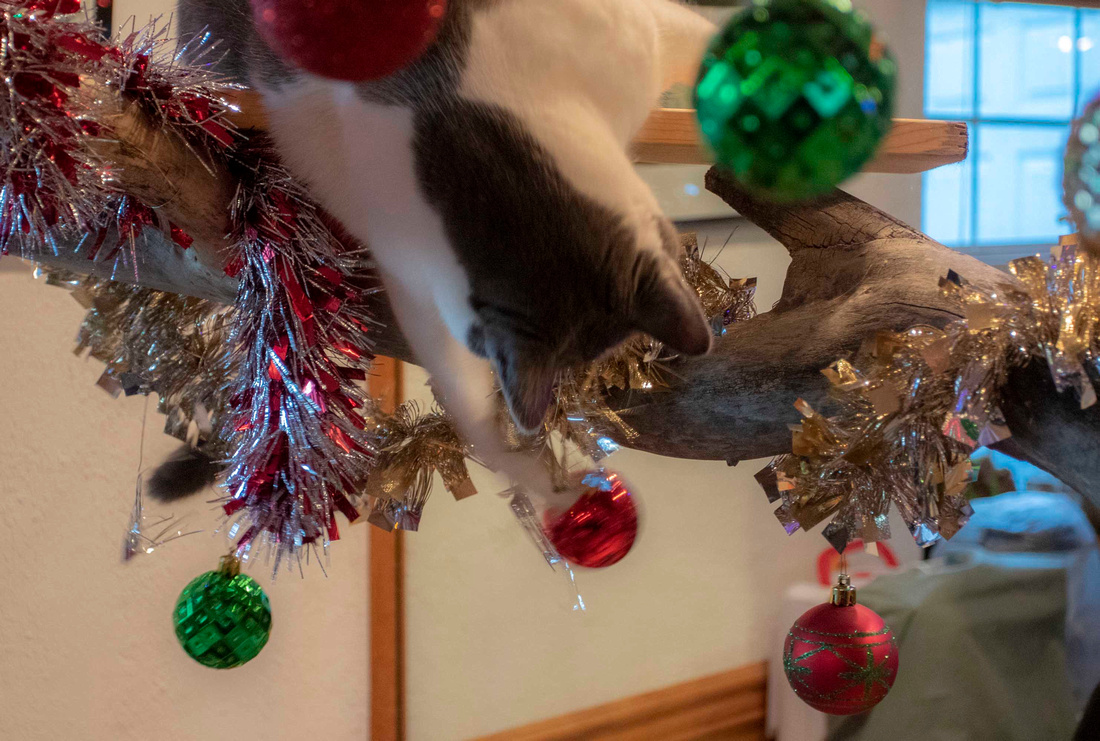 Sasha batting at an ornament 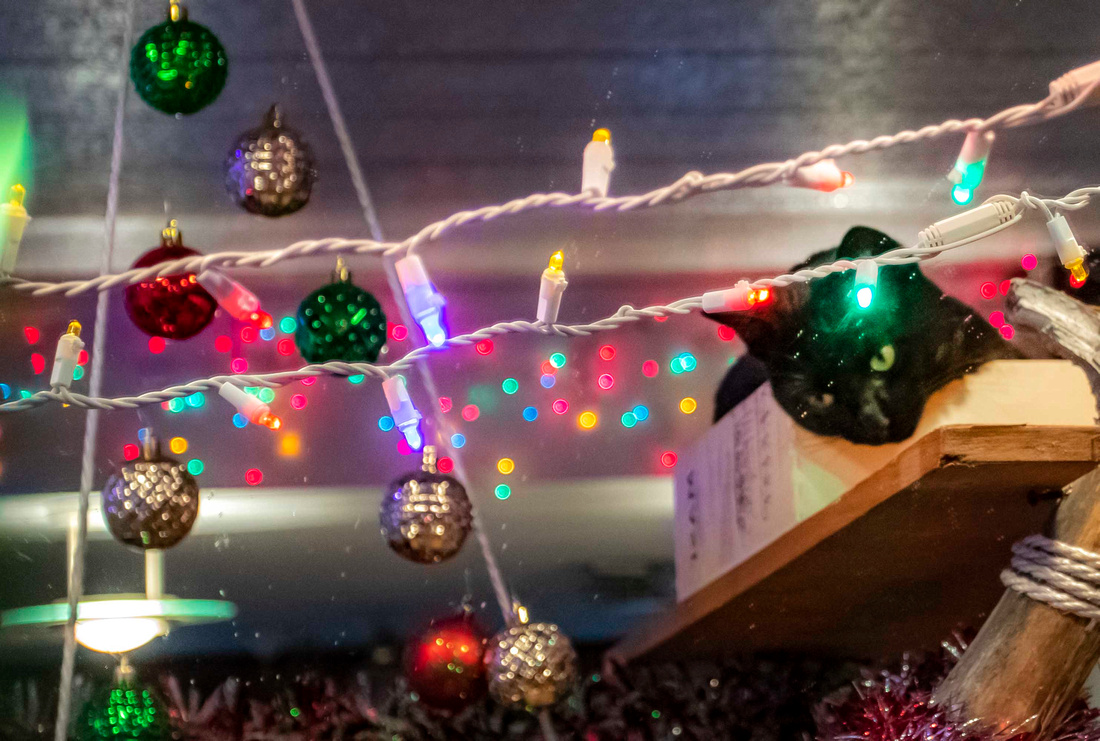 Loki pondering the meaning of Catmas.

Holly Hunter(non-registered)
A gorgeous blog!
T & L Photos
The kitties wanted the catmas tree to be permanent. I have to be careful what all I do for the kitties.
Flo(non-registered)
Your pictures are amazing, and I can see how much you do for and with your cats. It's really nice to see that. Thank you for letting me discover this blog
T & L Photos
Thanks, Couriers!
Animalcouriers(non-registered)
The cats are the best decoration ever.
No comments posted.
Loading...
Subscribe
RSS
Recent Posts
Last Post on Zenfolio Walk, Run, Splash, Fly A Walk in the Snow We Wish You a Merry Catmas Cranes, Train & A Full Moon on Winter Solstice I Had A Dream Shrink Wrapped Fly Away Fire & Phantasm First Snow on the 2nd
Archive
January February March April May June July August September October November December
Timothy Price
Powered by ZENFOLIO User Agreement
Cancel
Continue