On the Cover of Albuquerque Business First 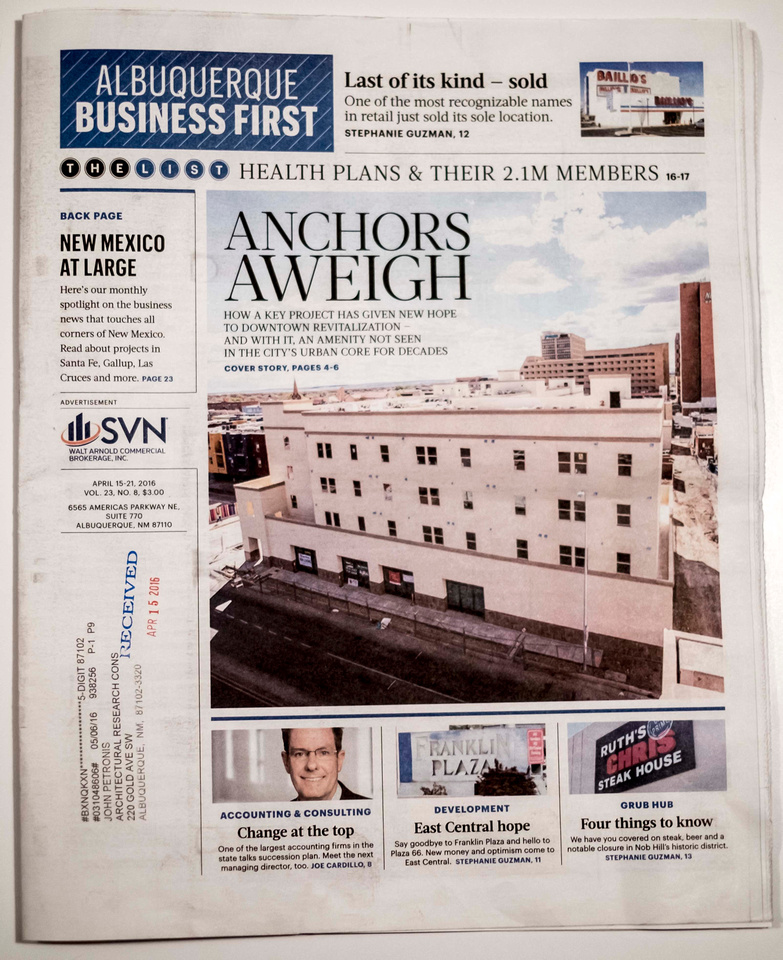 It's not the cover of the Rolling Stone, but having one of my photos published on the cover of Albuquerque Business First is the next best thing. Stephanie Guzman published an excellent article on the Imperial Building using the series of photos from the animated gif I published in January. The animated gif shows a time lapse sequence of a year of the construction progress of the Imperial building . You can see the animated gif at The End’s in Sight — A Year After A Ground Breaking Experience, which is on the WordPress side of my blog at Off Center and Not Even POTDE Archives. 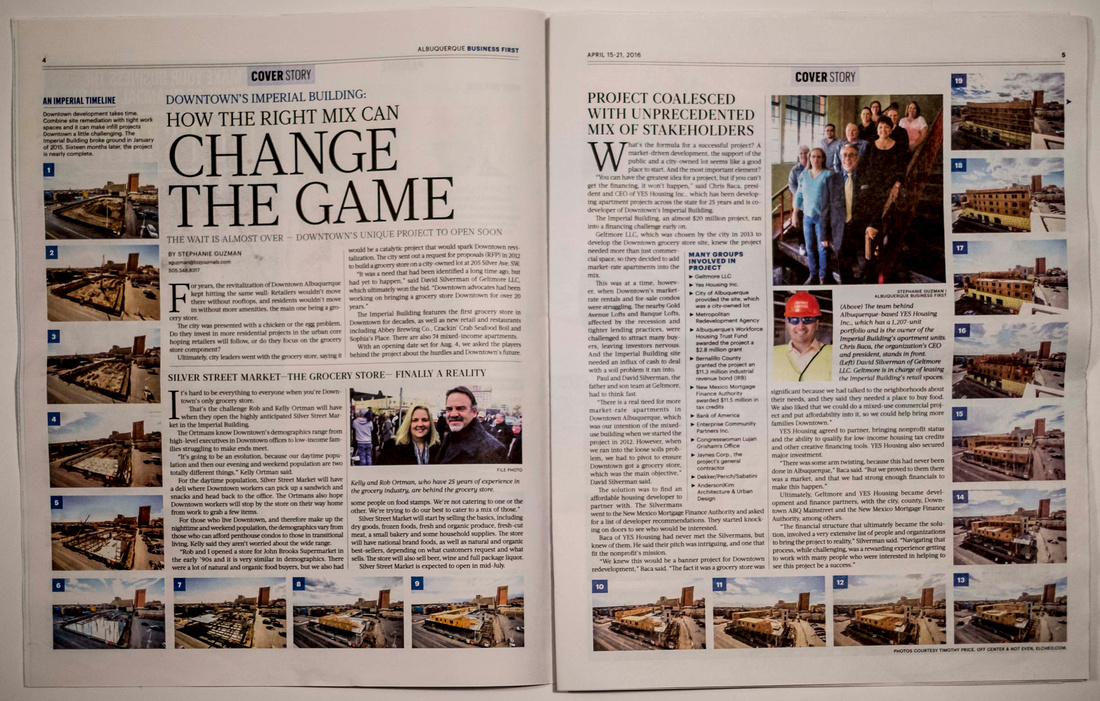 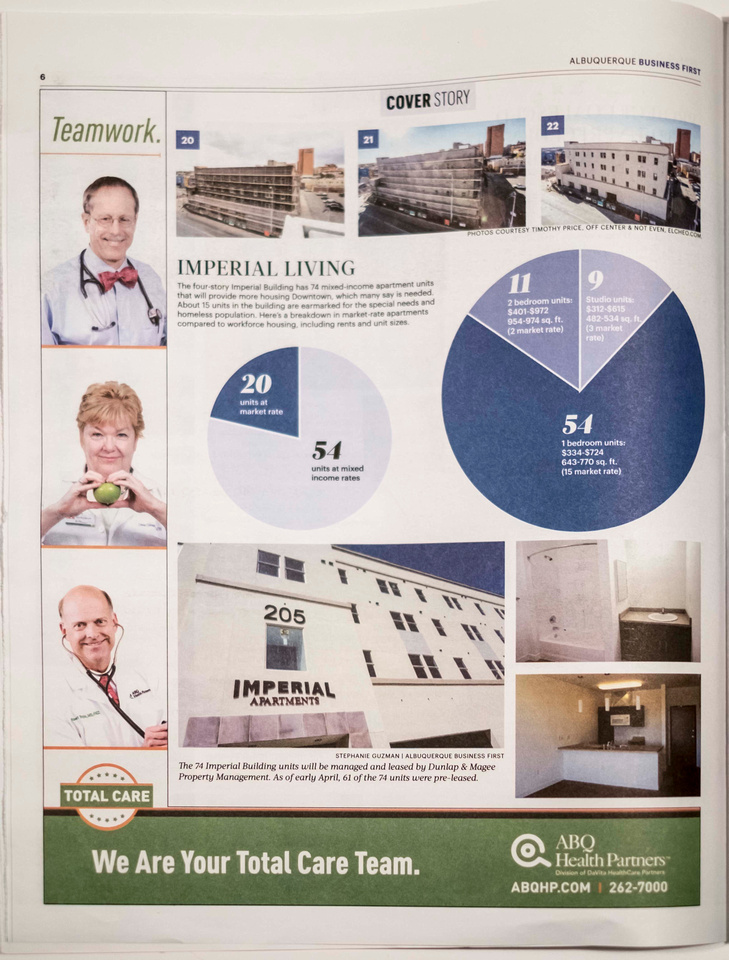