Tales From My Youth — Do Not Throw! 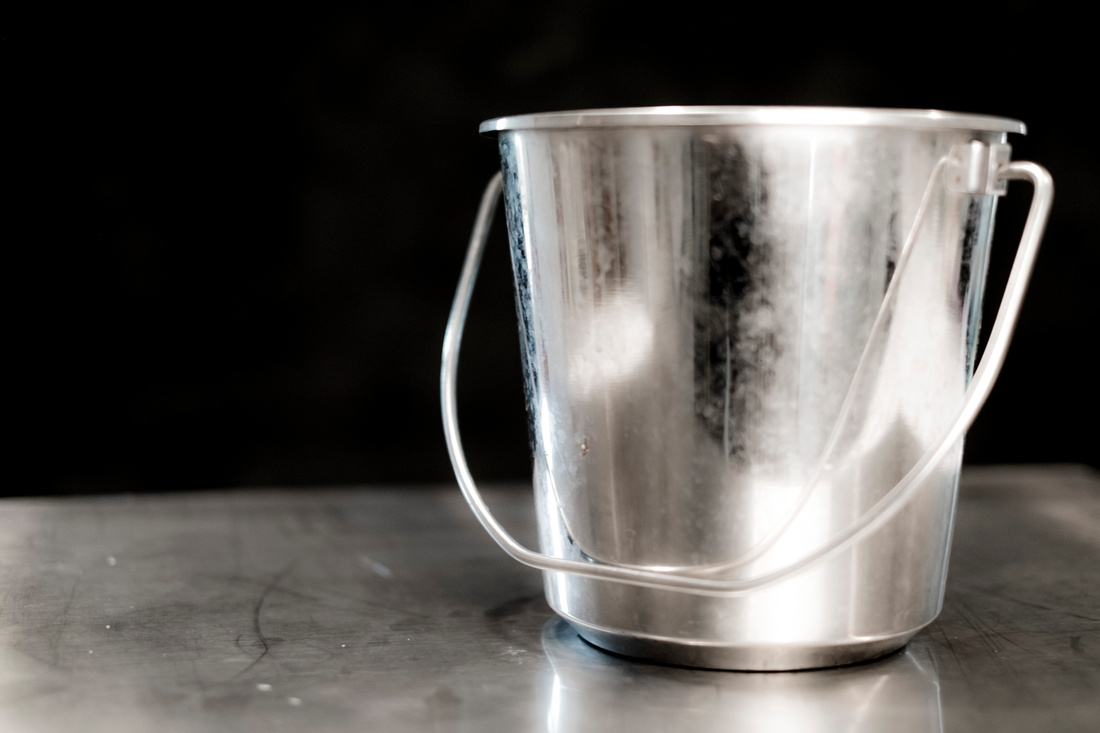 “What a bloody mess!” I exclaimed as the lights flickered on illuminating the contrast of the red on the white tile and stainless surfaces that made up the autopsy room. “The old hacker’s outdone himself this time” I thought as I stood there seeing blood everywhere — it was streaked up the walls and across the ceiling, a bloody handprint dripping down the tile where he was apparently leaning on the wall while thinking or sipping his coffee or both. A bloodstained, unfinished cup of coffee was sitting on the edge of the counter below the handprint and a streak of blood that about encircled the room. The old hacker had scrounged that cup of coffee off me at the beginning of my shift, and only drank a third of it during the autopsy that he performed while I was busily cleaning the food service area.

In the late 1970’s I worked at a hospital cleaning the kitchen and cafeteria six nights a week. It was a job that suited my university schedule very well. The morgue was at the back entrance to the hospital across the hall from the service door to the kitchen. While my main job was to clean the food service area, as part of the hospital custodial staff, I also had to help clean other areas of the hospital when custodians were out sick or on really busy nights. When I interviewed for the job, I was asked if I had any problems with cleaning up after autopsies. I didn’t, so after my training on cleaning the food service area, I was trained on how to clean the morgue.

The morgue was made up of three areas — the entrance, which had a three door high body refrigerator, with long doors that opened down like oven doors. The body trays slid out so bodies could be easily transferred from and to gurneys. There was a bathroom with a dressing area and a shower, and the autopsy room with an operating table in the middle, electric saws and drills hanging on hooks on a ring, and adjustable lights attached to the ceiling above it, a drain in the floor below it, and cabinets with countertops on one wall. All of the surfaces were glazed tile or stainless steel, so the entire room could be hosed down.

One of the tasks when cleaning the morgue was to open the door on the bottom body fridge, slide out the tray and take the stainless steel bucket of “guts” out and empty it into the incinerator, rinse out the bucket and leave it to drain on the operating table. I was told to throw out whatever was in the bottom body fridge into the incinerator, and not to open the other two body refrigerators unless there was a note left on them that said to clean them.

After I got over the initial shock of the bloodiest mess I had faced in my year as a hospital custodian, I went about cleaning up as usual — I got the ceiling and walls cleaned up, the bloody coffee cup bagged up with the other trash, all the instruments cleaned and shined, and all the bits and pieces of hair, bone and flesh mixed with the blood rinsed off the table and down the drain. I opened the body fridge to throw out the guts, and after the initial shock that made me jump back a little, I started laughing. When I pulled out the tray, a leg was lying next to the bucket with a tag on the toe that read “DO NOT THROW!” 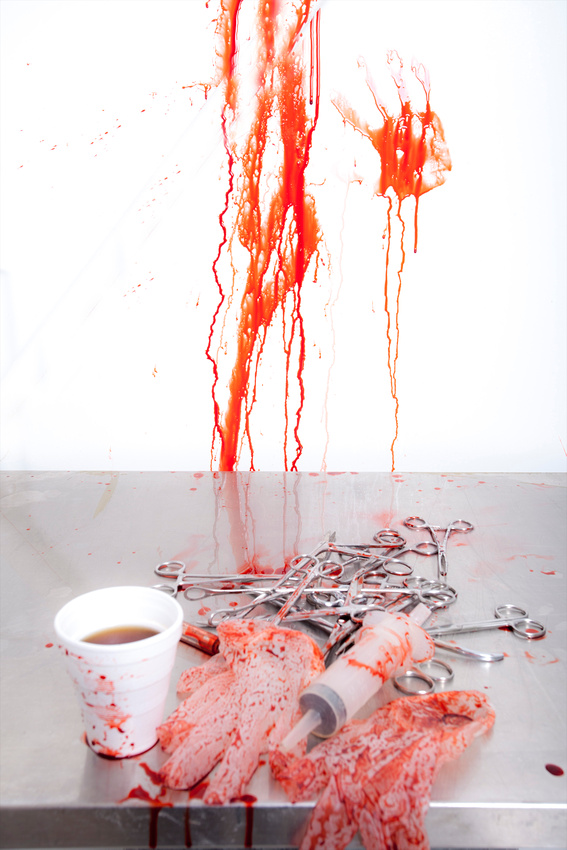 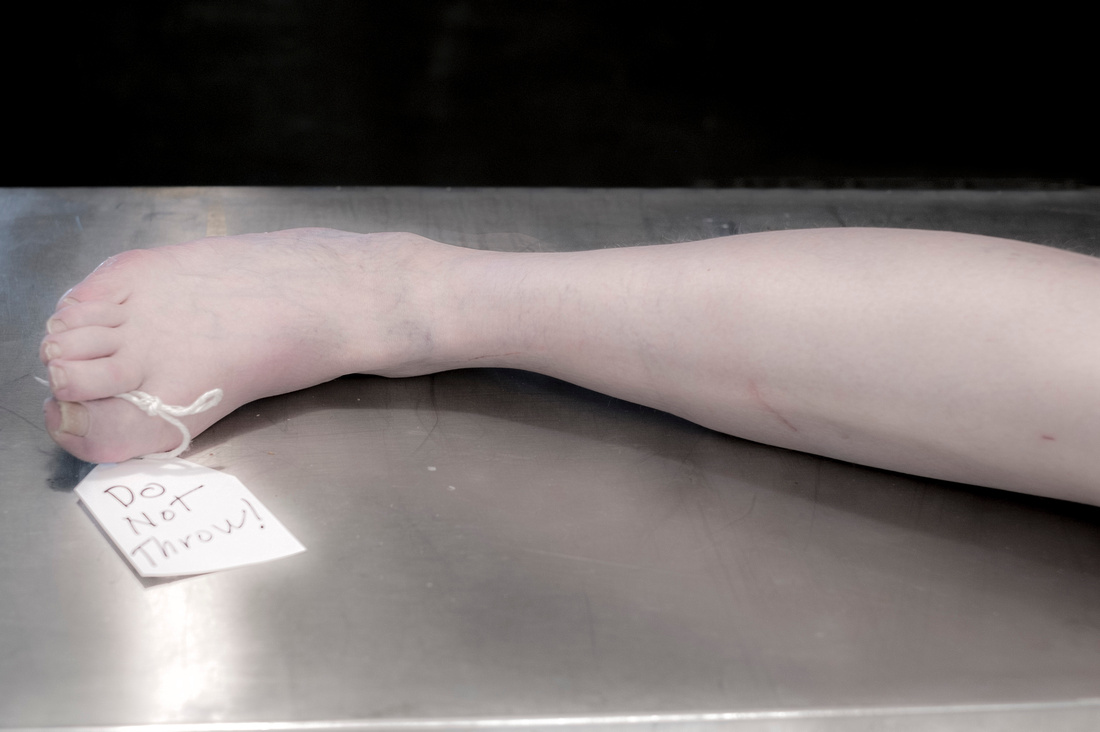 T & L Photos
Thanks, Mia. That was over a year before aids and about 10 years before the "Syringe Tide" washed up on the Jersey and other east coast shores.
Mia(non-registered)
Hi Tim, this is some story, a little unnerving that you would be expected to clean the morgue after an autopsy, and dispose of the "guts" in the bucket, by tossing them into the incinerator as is. I guess there was no need for universal precautions back then. Here's where I'm reminded of the saying, "What you don't know can't hurt you." ~ Mia
T & L Photos
Thanks, Douglas! The things we end up doing sometimes.
Douglas Moorezart(non-registered)
OH my what a start to your story. I'm so squeemish about blood and could NEVER have done this job. You are a man of great resilience! I suppose we are more equipped for anything when younger. I'm biting my tongue and not looking at these photos very long! Great job taking me back in time and making this so very real. I love the end of this post and relish the juxtaposition of the macabre and the humor! Well done!
T & L Photos
Thanks, Miz Shaaz!
No comments posted.
Loading...
Subscribe
RSS
Recent Posts
Last Post on Zenfolio Walk, Run, Splash, Fly A Walk in the Snow We Wish You a Merry Catmas Cranes, Train & A Full Moon on Winter Solstice I Had A Dream Shrink Wrapped Fly Away Fire & Phantasm First Snow on the 2nd
Archive
January February March April May June July August September October November December
Timothy Price
Powered by ZENFOLIO User Agreement
Cancel
Continue