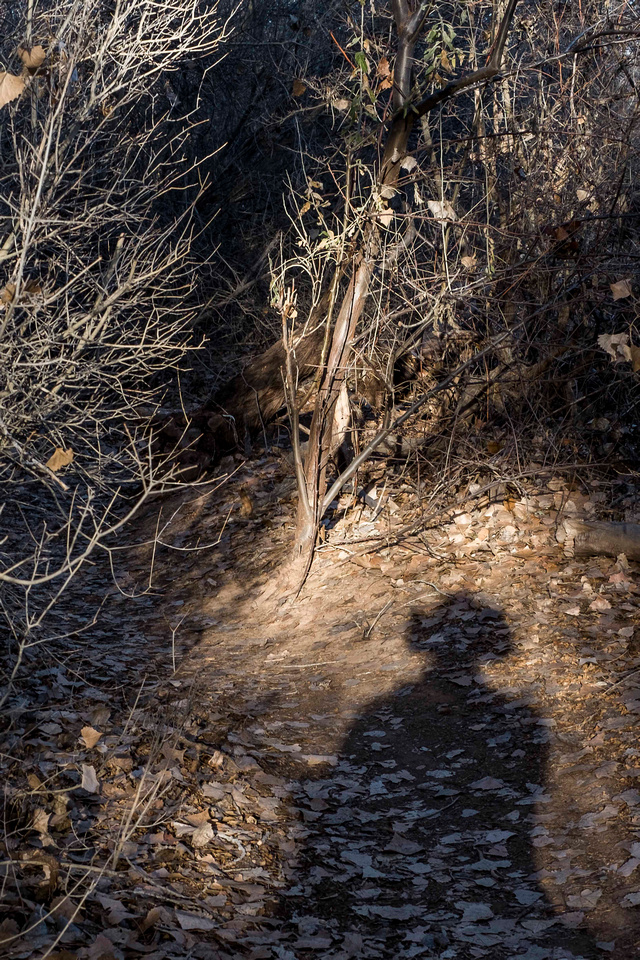 I stepped onto a gnarly path to nowhere — like being swallowed by the valley of death, its briars and brambles cut and sliced and tore my shadow as we passed through the narrow walls where barbed branches grabbed my clothes with their spiky claws, and scratched at my skin as I hurried along trying not to lose sight of my shadow. 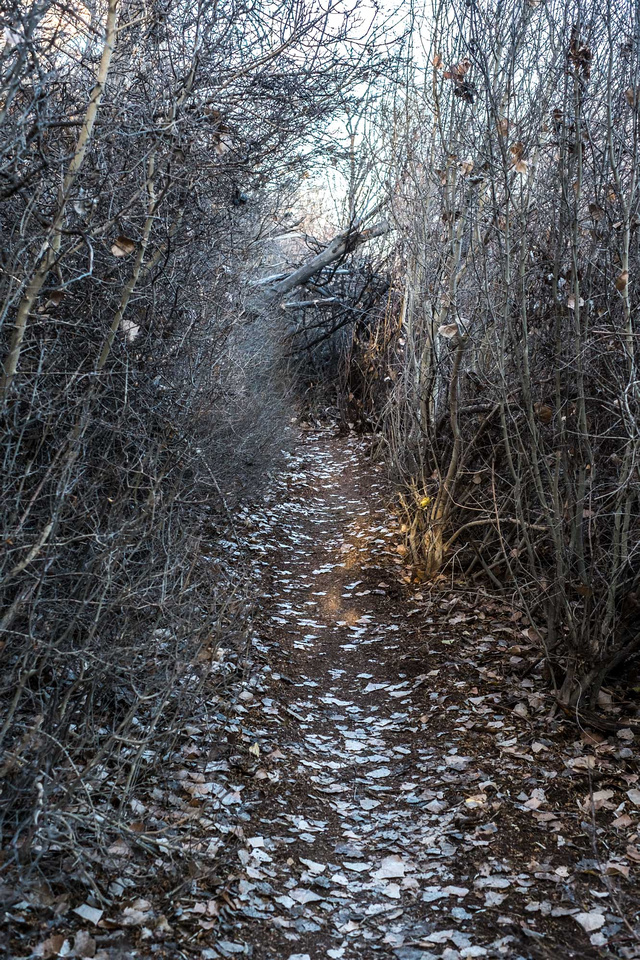 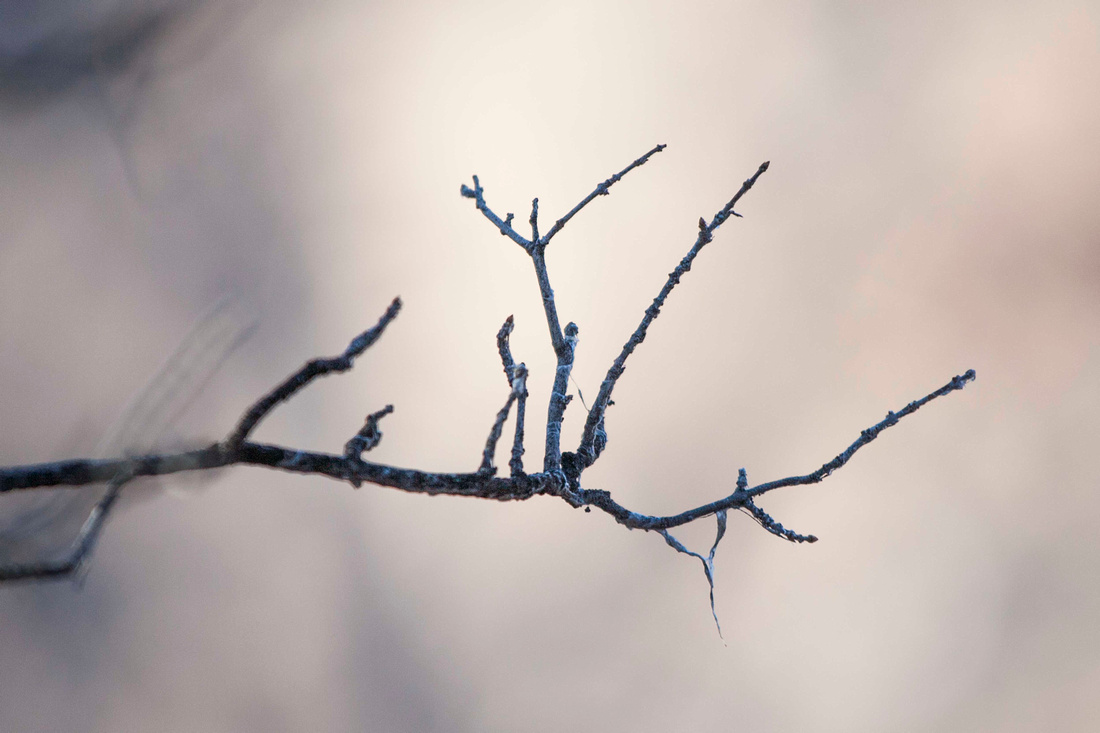 A chilled wind bit the skin on my face, while the sun felt like the fires from hell licking at my back. The path cleared from time to time only to be swallowed up again. I could see my shadow stretched out a little longer with each clearing before it got chopped up again in the undergrowth. 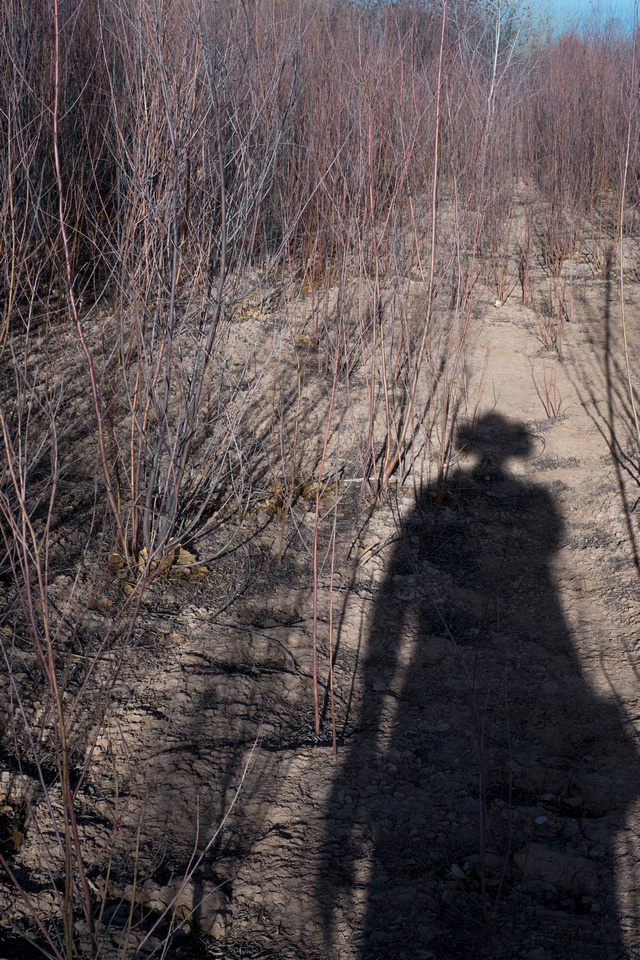 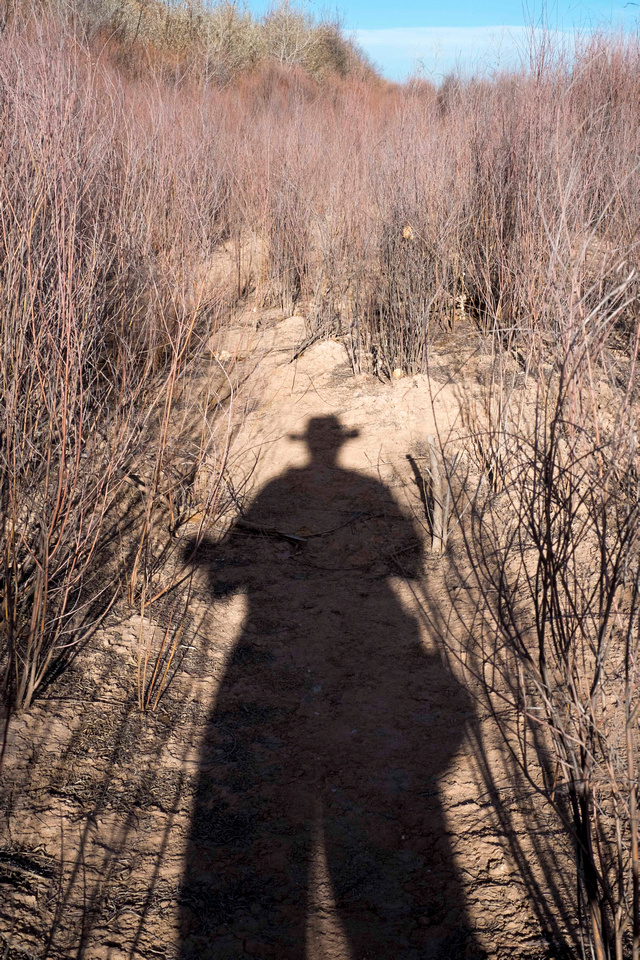 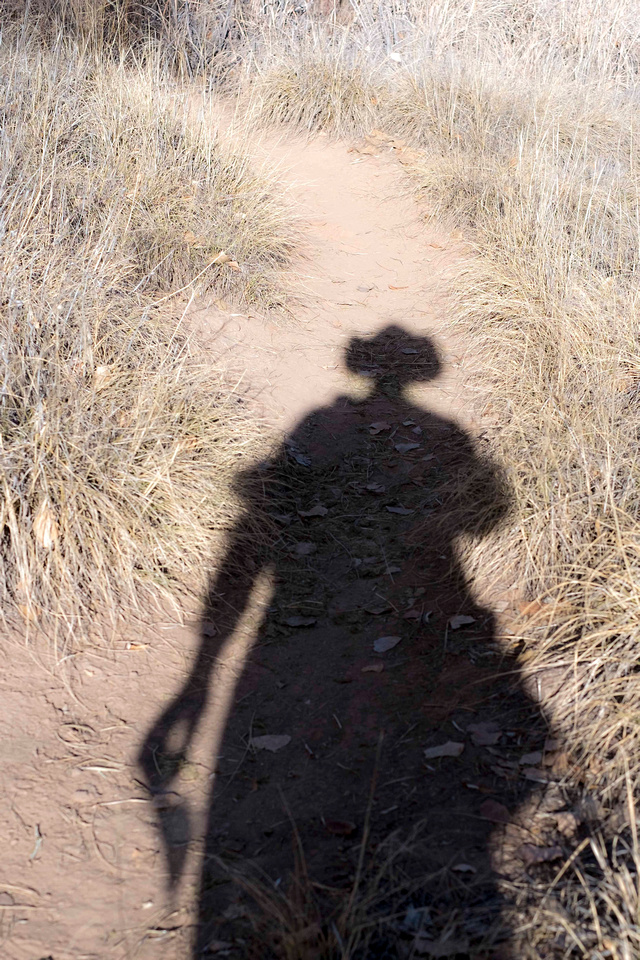 I tripped and stumbled on roots and branches growing into the path, which seemed to narrow into a dark tunnel with each twist and turn. Then, as quickly as we were covered in shadowy gloom, light burst forth as the trail opened up, and I found myself standing on the edge of the river. 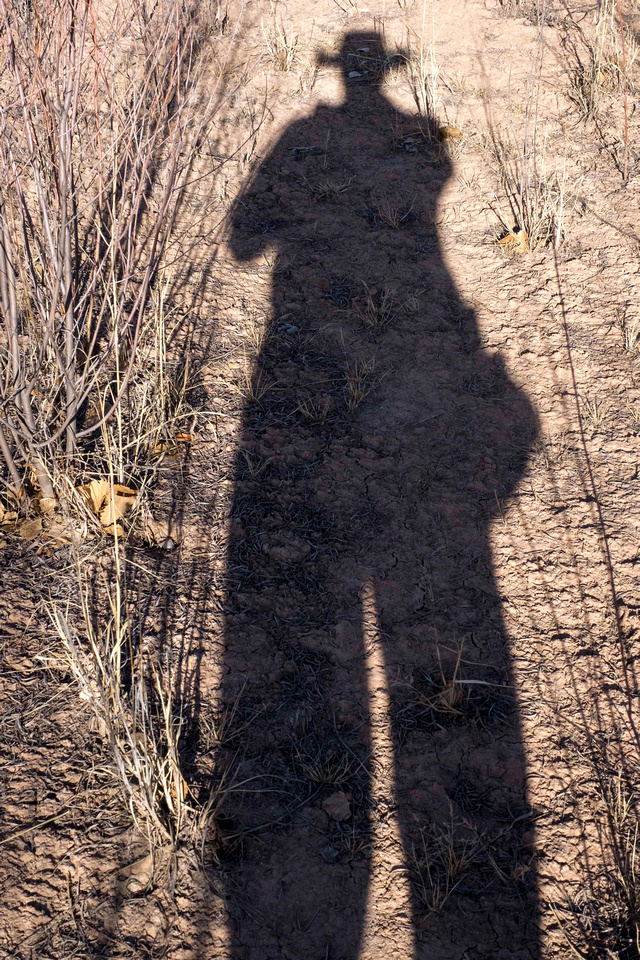 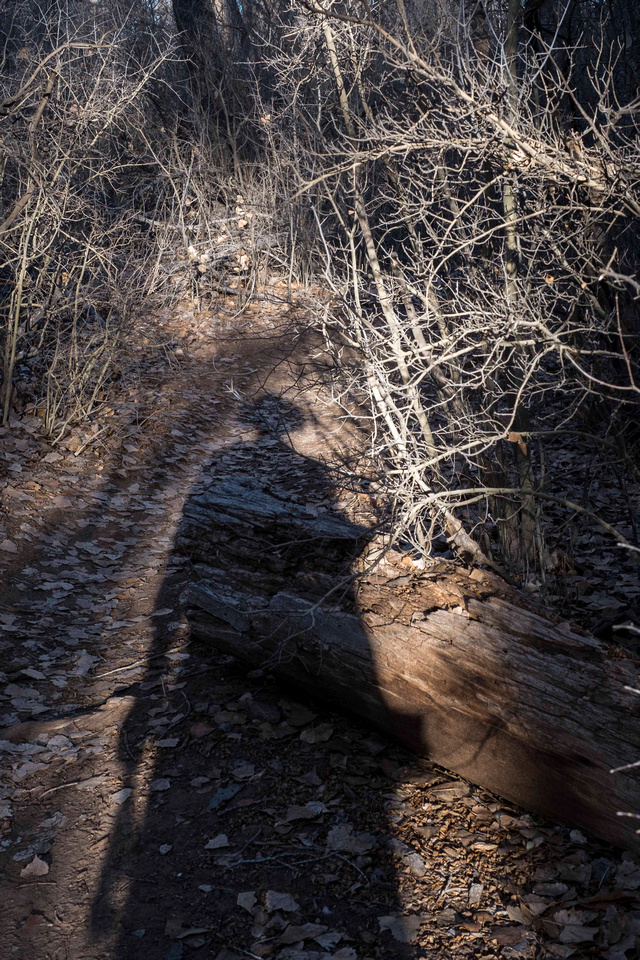 I stood still and looked at the water, trying to focus, feeling free for the moment from the oppressive overgrowth, and my unrelenting shadow — had the path finely come to an end? After my eyes adjusted to the light, I looked up to see the moon rising over the mountains. 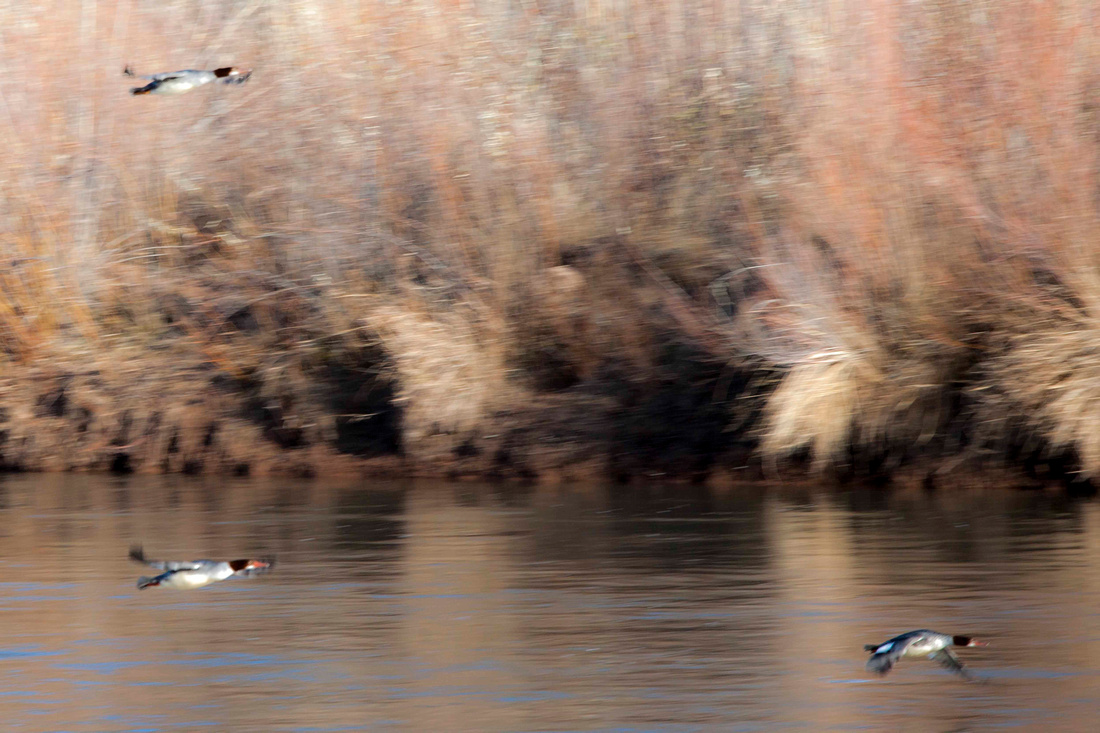 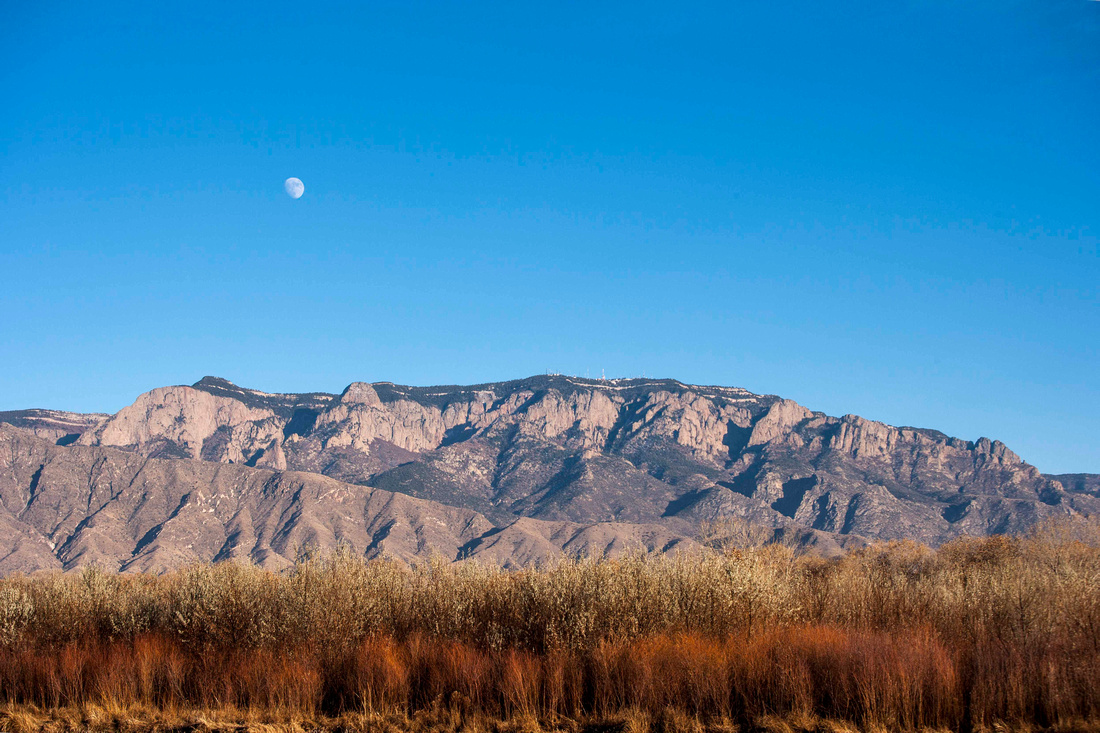 After watching to moon rise for some time, I slowly turned to the right to see the sun behind cattails towering over me. I turned slowly to my left and there was my shadow, waiting, looking like a straw man, on a gnarly path that ran along side the river and disappeared to nowhere, somewhere over the horizon. 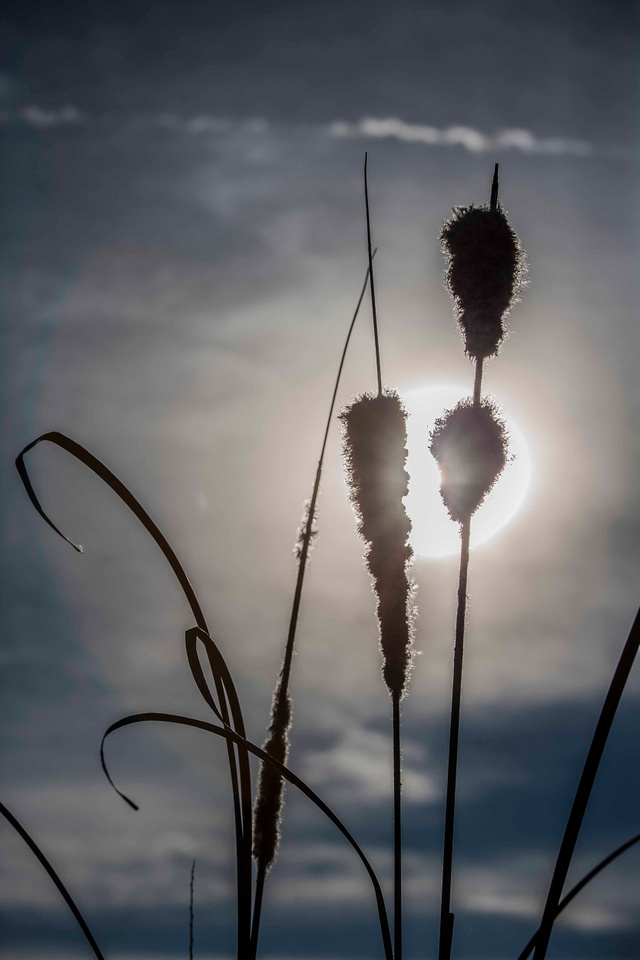 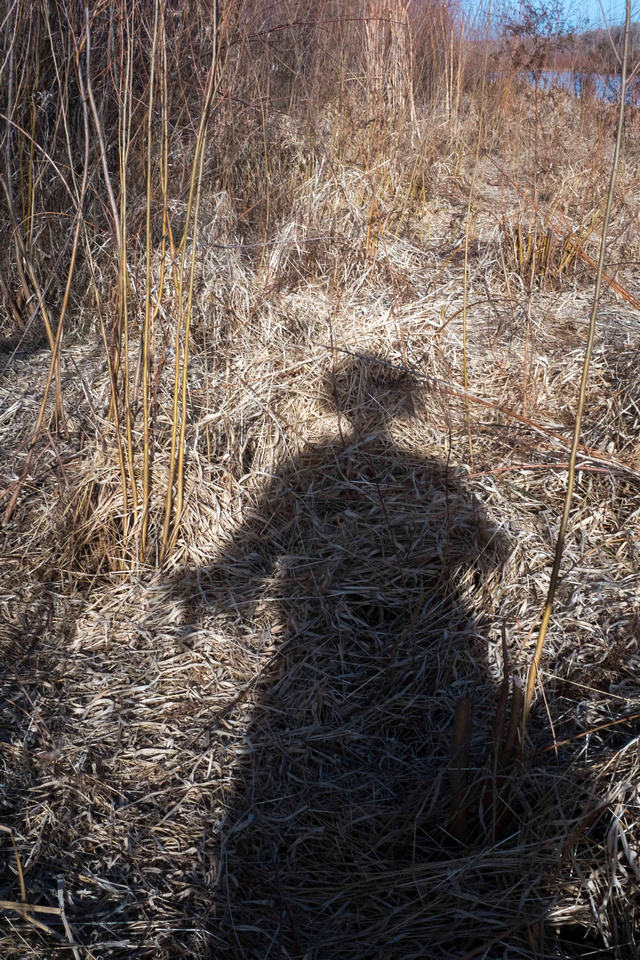 T & L Photos
Thanks, Julie!
Julie(non-registered)
Fabulous post Tim. Love the photos .. you took me with you!
T & L Photos
Thanks, Susan. You are familiar with the obstacles and difficulties some of the trails out to the river have to offer. Not too many burrs and stickers this year. A lone crane in the heights? It might have been separated from its mate and was lost.
T & L Photos
Hi FindingMe. You got the gist of the story, as a walk in the bosque can be easy or difficult and painful depending on the path you choose — much like life itself.
T & L Photos
Hi Teagan. I could have worked a squint into it as I nice twist if I had thought about it, but my twisted mind didn't twist the right direction to think about Clint's squint with the sun at my back.
No comments posted.
Loading...
Subscribe
RSS
Recent Posts
Last Post on Zenfolio Walk, Run, Splash, Fly A Walk in the Snow We Wish You a Merry Catmas Cranes, Train & A Full Moon on Winter Solstice I Had A Dream Shrink Wrapped Fly Away Fire & Phantasm First Snow on the 2nd
Archive
January February March April May June July August September October November December
Timothy Price
Powered by ZENFOLIO User Agreement
Cancel
Continue