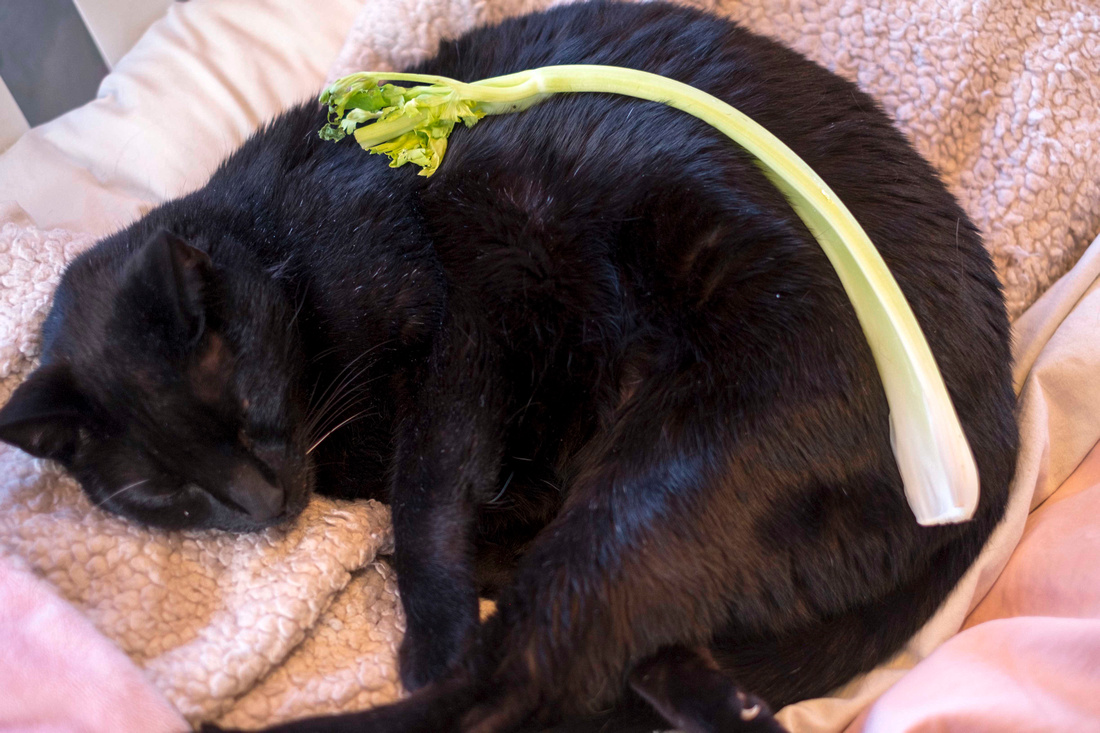 It's hard to disturb Rosencrantz when he's having a good catnap.

Never ask a twisted photographer like me if he thinks the celery is too limp to cook with the stew meat — he will probably make a photo project out of it —which is exactly what I did by putting the limp celery on the cats, all of whom happened to be napping, to see how they would react.

Rosencrantz was the first victim of my "Limp Celery on Napping Cats" (original title) photo project, and, as expected, he didn't react at all.

Spunk was the next victim, and he reacted with his usual excess of personality. Sasha just looked at the limp celery, knocked it off and went back to napping. Najar's reaction was much like Rosencrantz's, and Diné thought I was being silly to bother her under the bed with that stupid piece of limp celery. 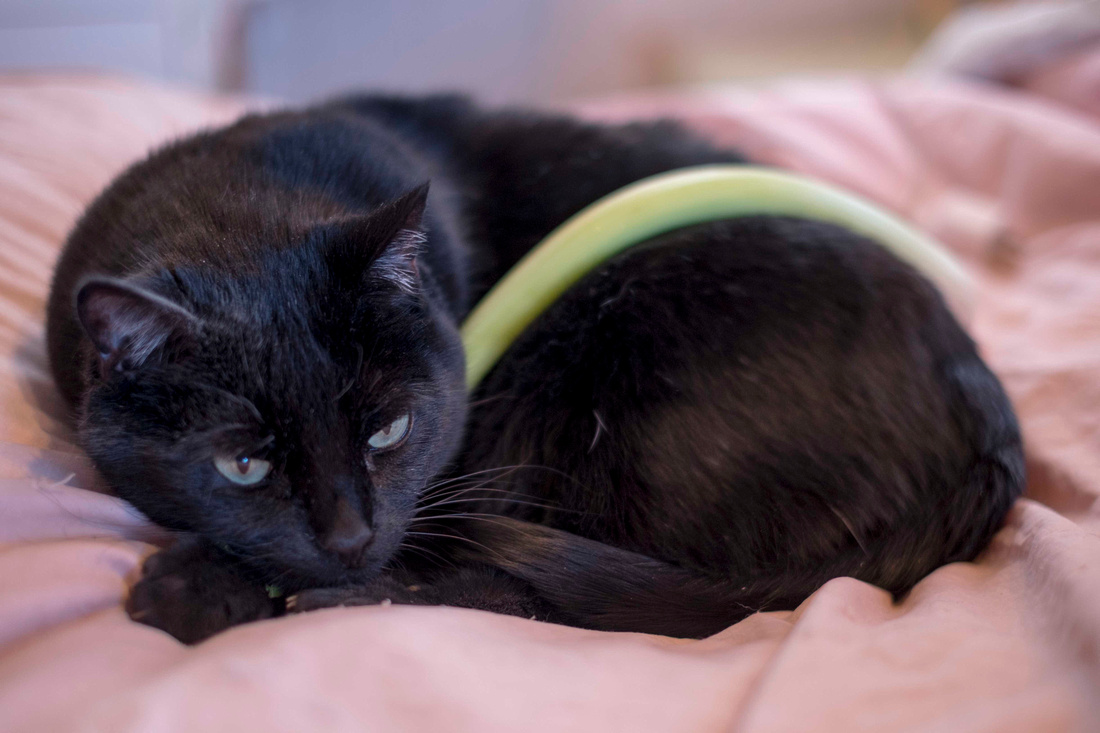 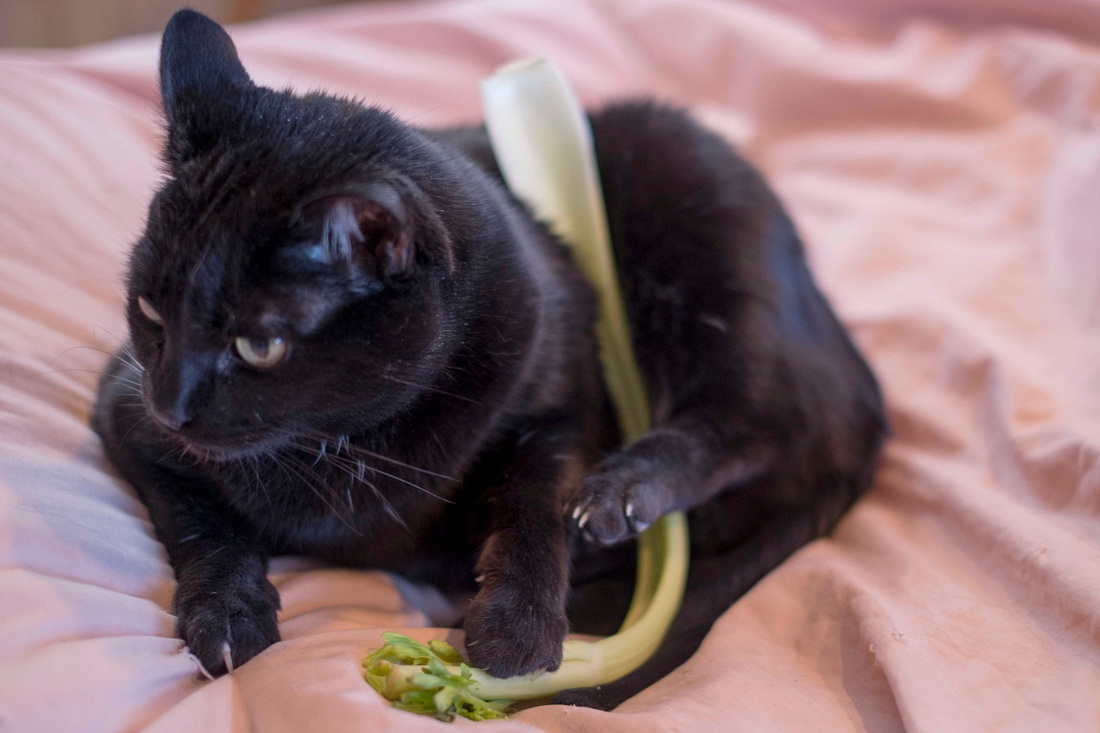 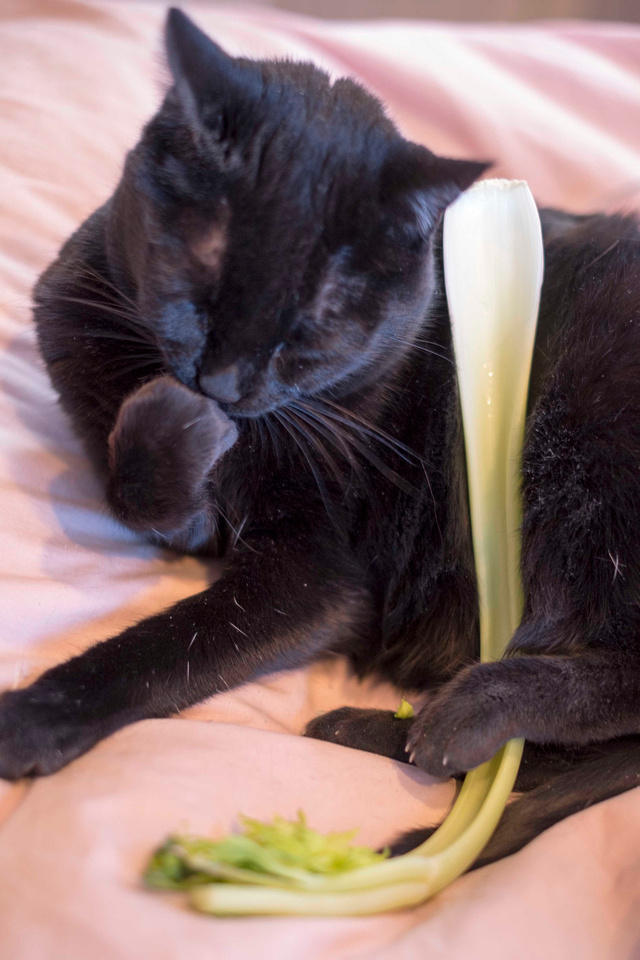 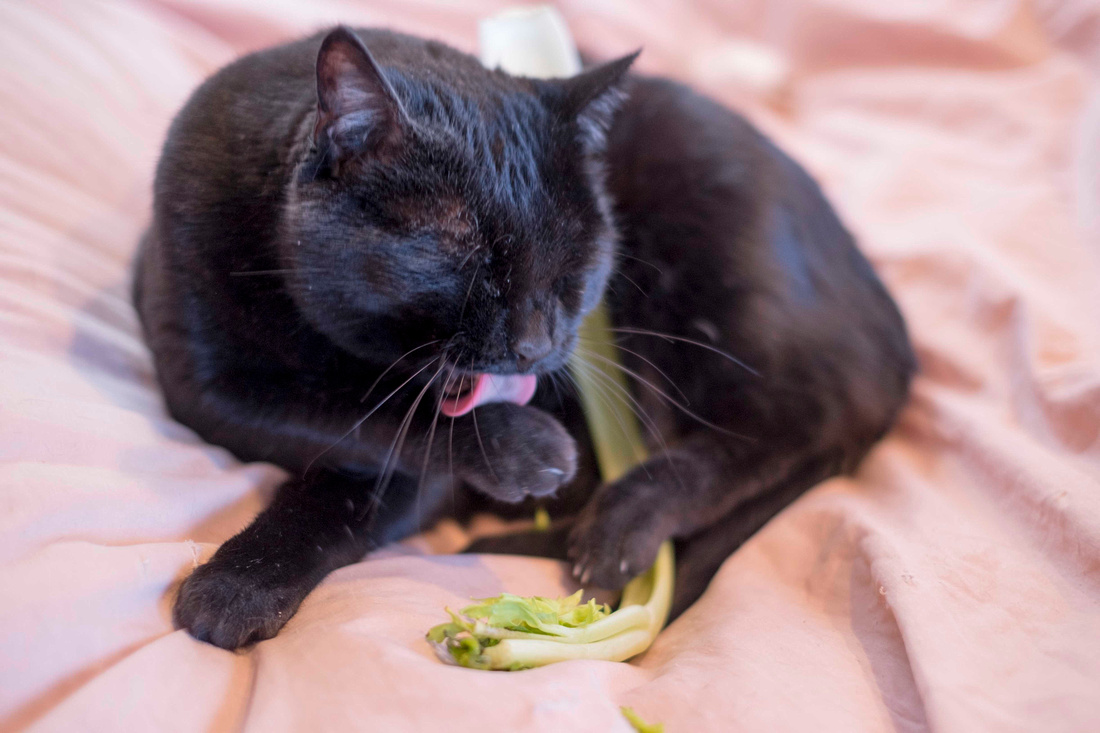 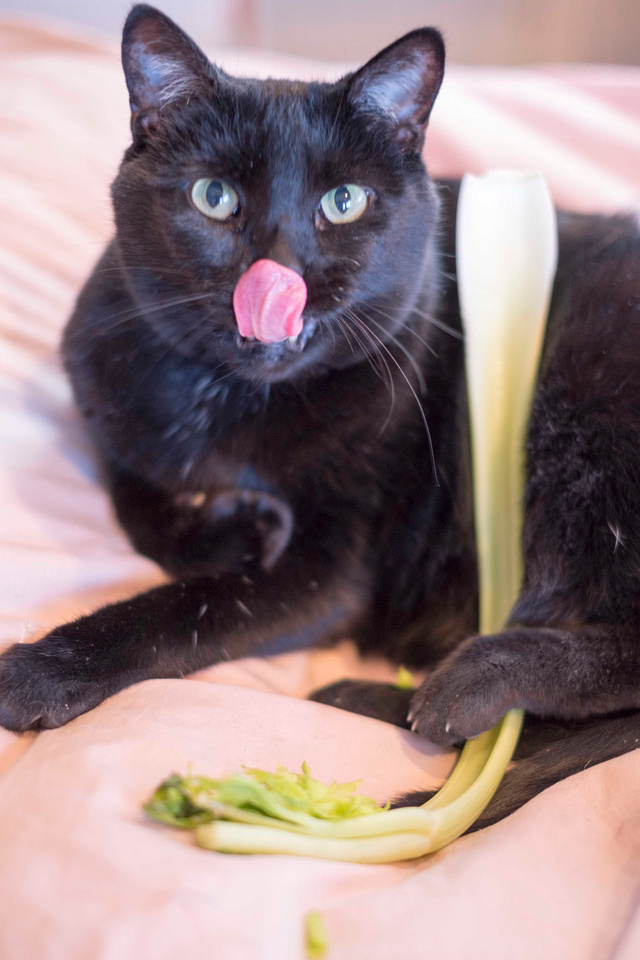 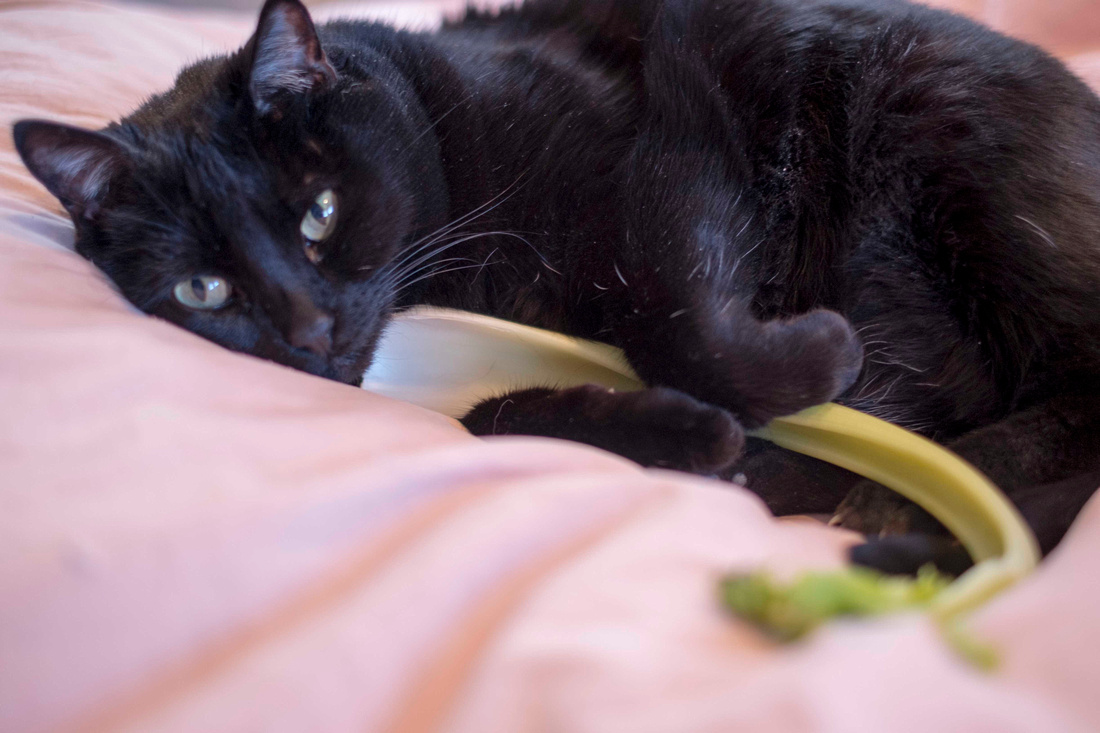 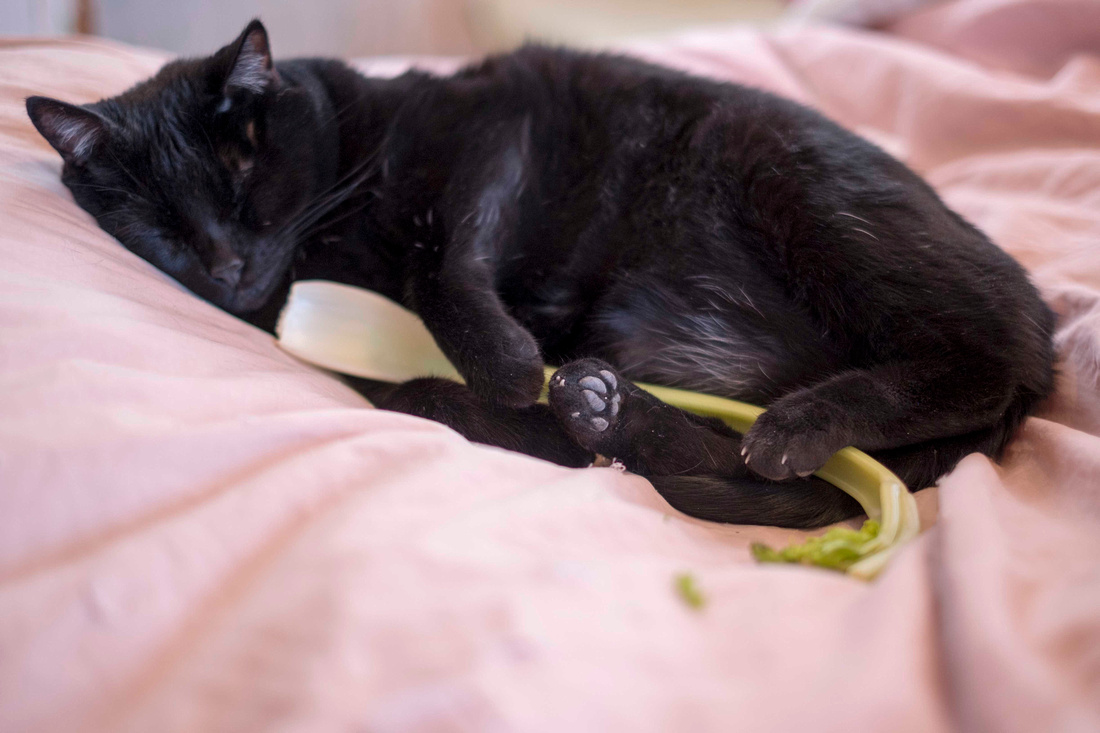 "Sweet dreams are made of this" 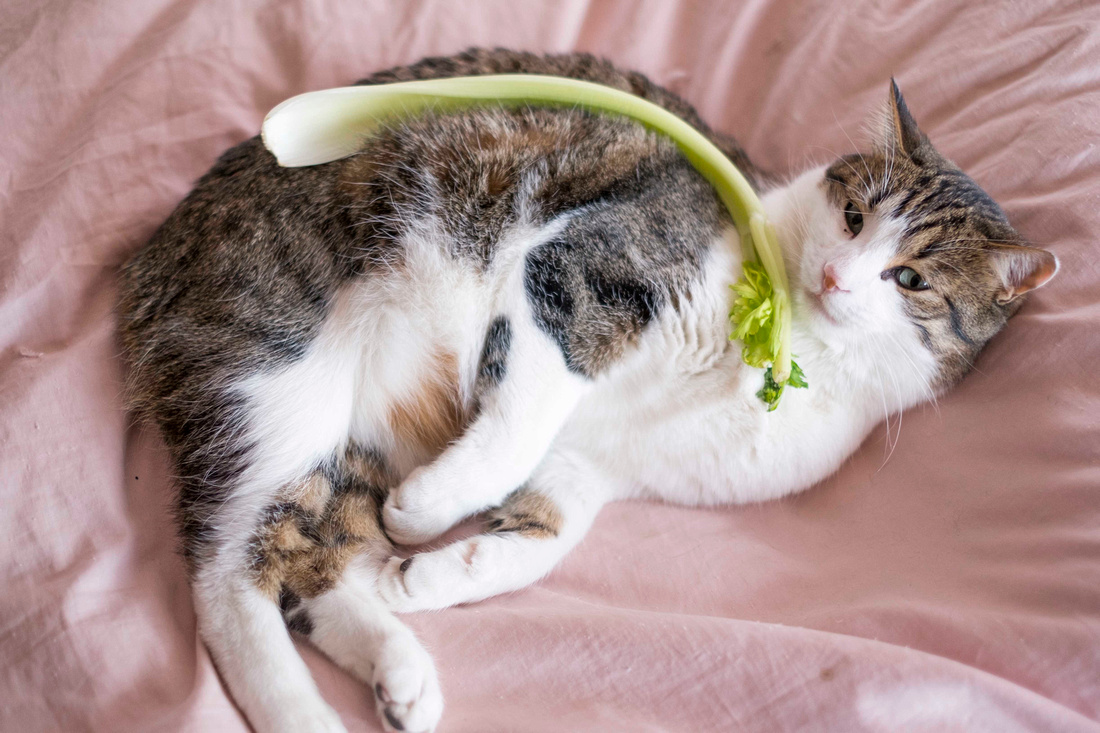 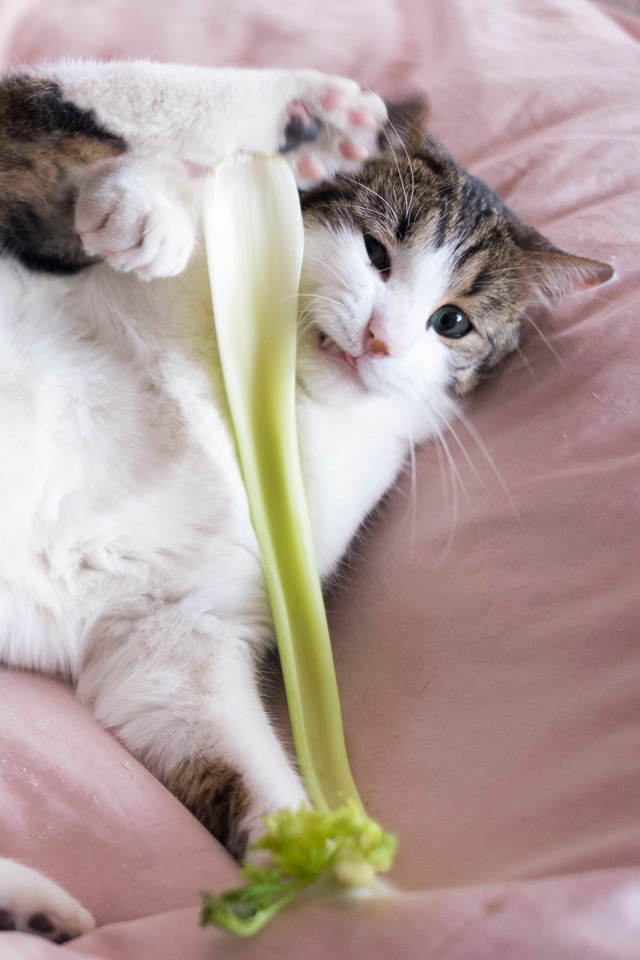 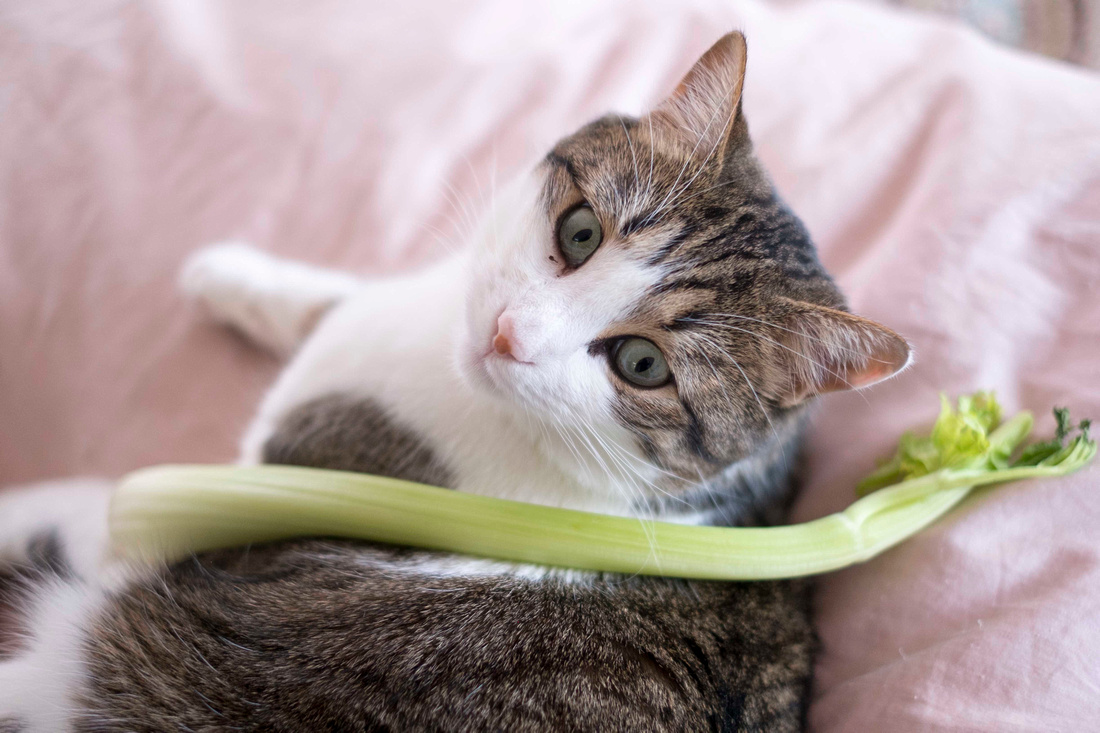 Spunk: "I'm done! Please get this thing off of me you stupid paparazzo!" 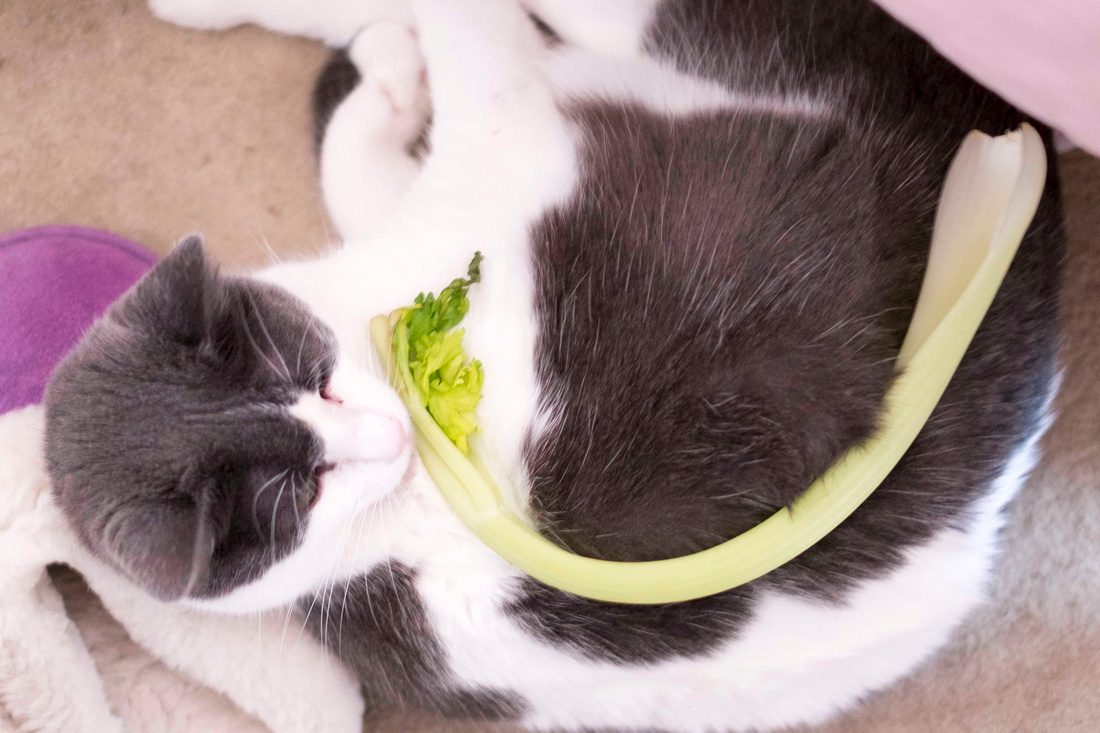 Sasha: "What are you up to now? Can't a kitty get her beauty sleep around here?" 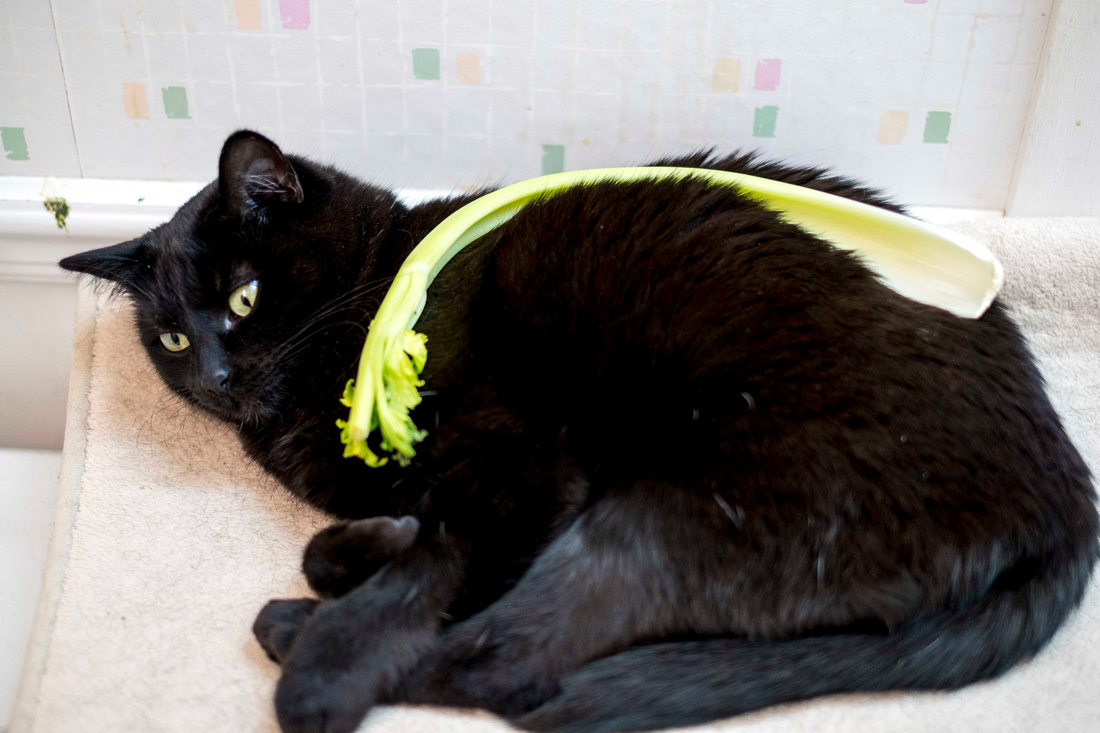 Naja was wide-eyed but didn't move. 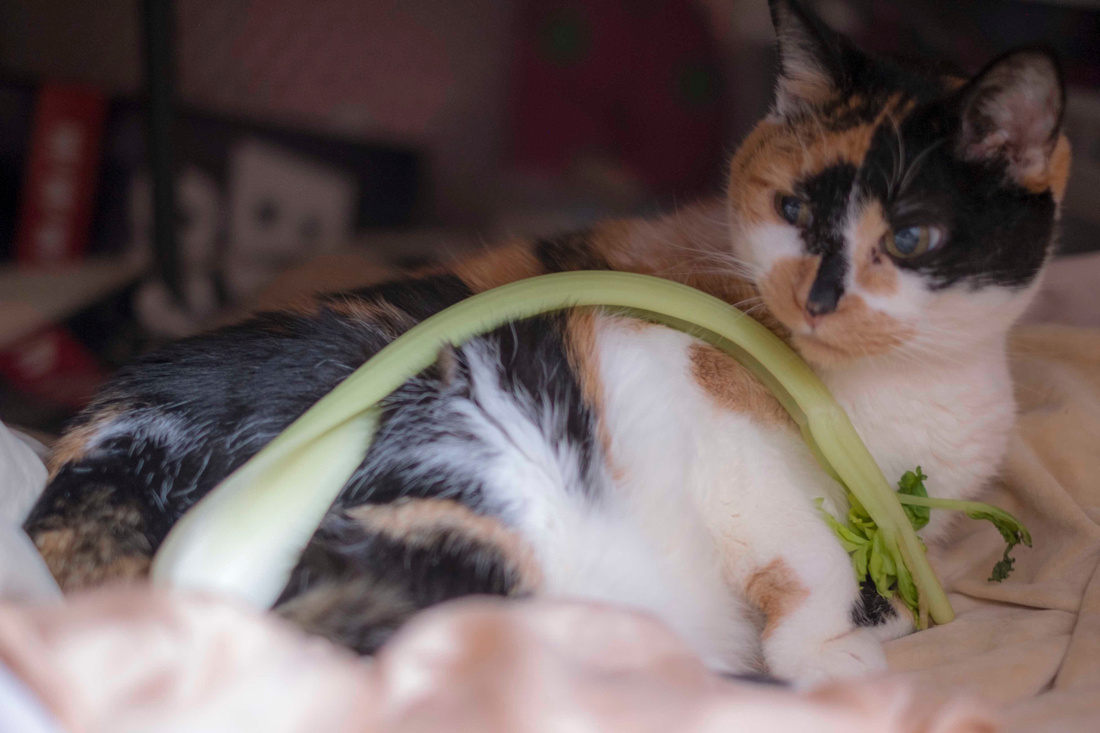