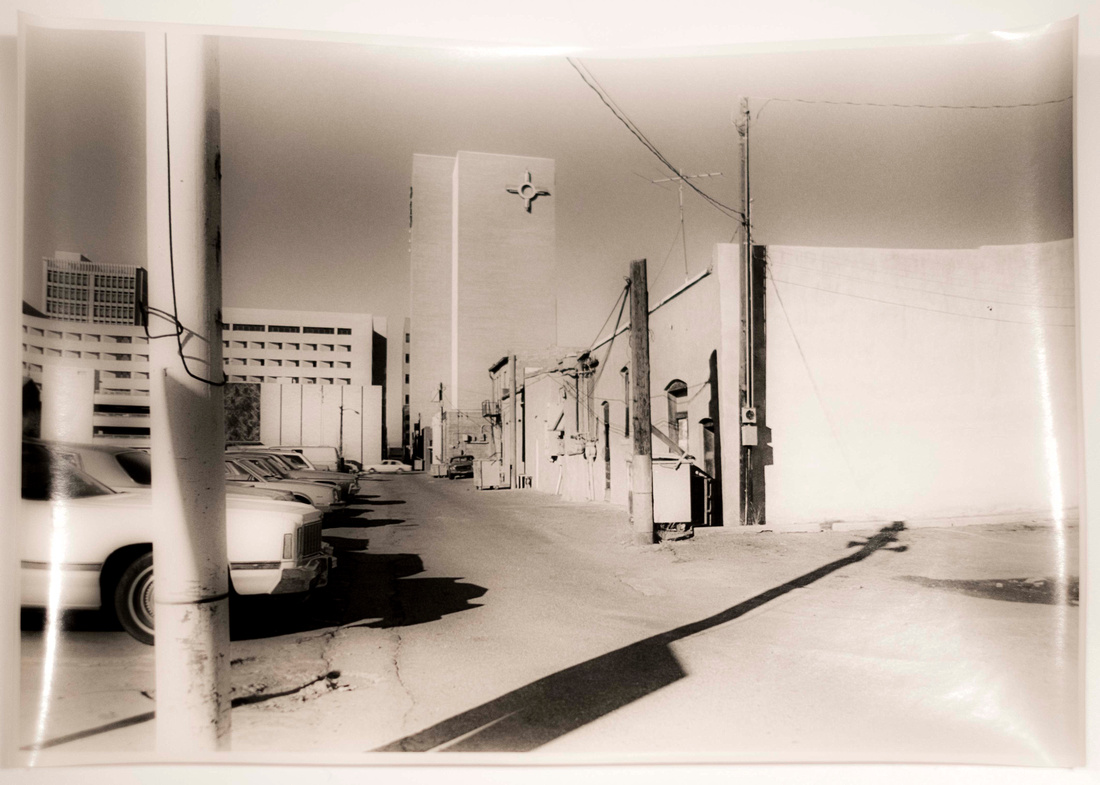 The alley behind the block of buildings our office is in taken in 1980, 5 years before I started working downtown.

In 1980, I did a series of photos of downtown Albuquerque. I found a box of proofs I had enlarged from some of the negatives I had developed from the series. While I was restoring a backup on a new hard drive in the afternoon, I walked around downtown and got as close to the same places I stood in 1980 and took photos of what the blocks and buildings look like today. The cameras and lenses I used in 1980 were much different from what I use today, so the perspectives are different as well. 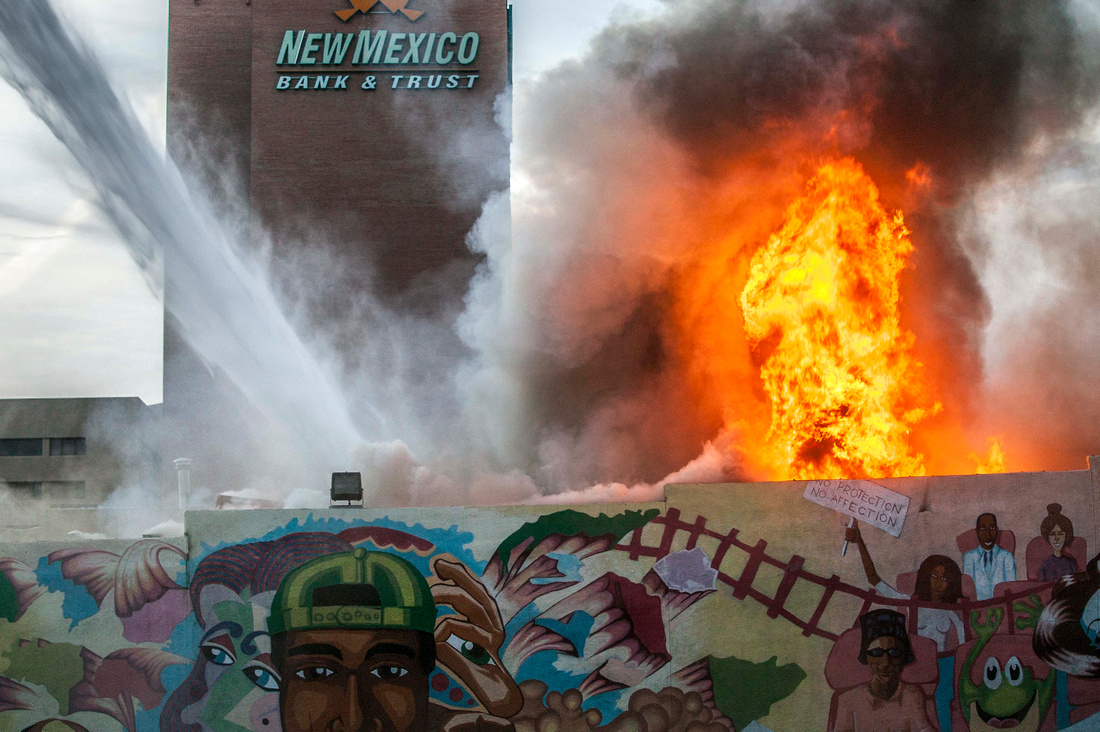 The two buildings on the east end of our block burned on December 18, 2013. I posted a blog "Burning Down the block" exactly two years ago today on December 19, 2013. 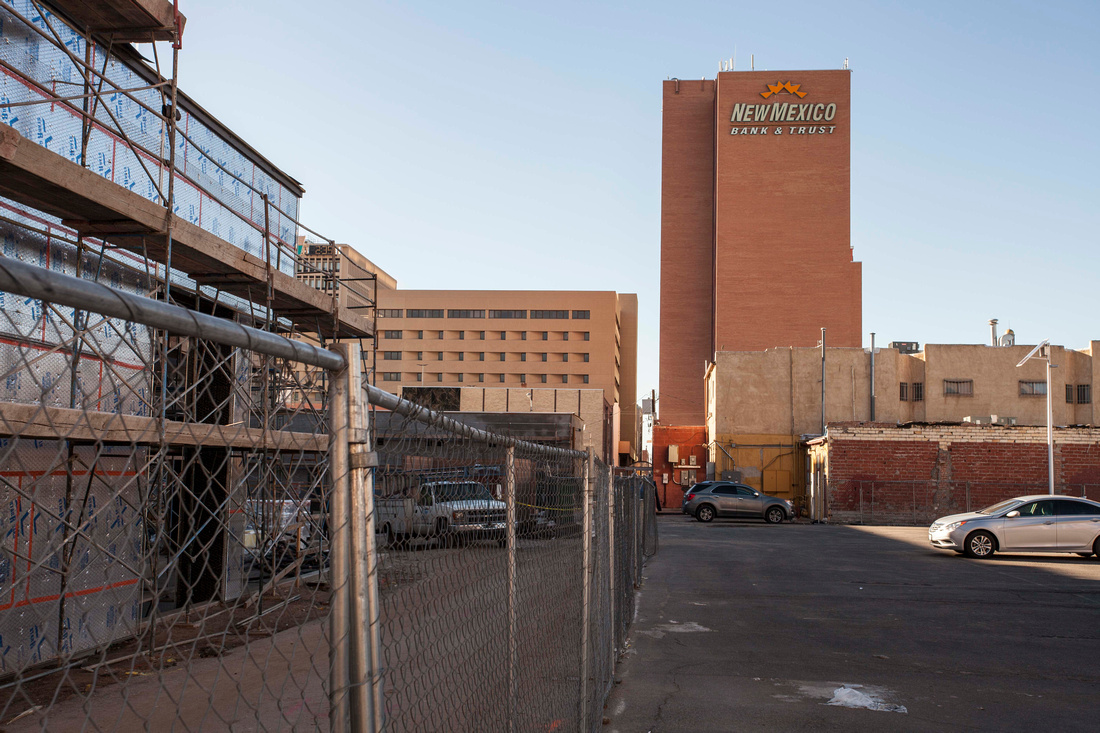 The buildings that burned have been removed and the Imperial Building is under construction — the construction fence prevented me from standing closer to the same place I stood in 1980. 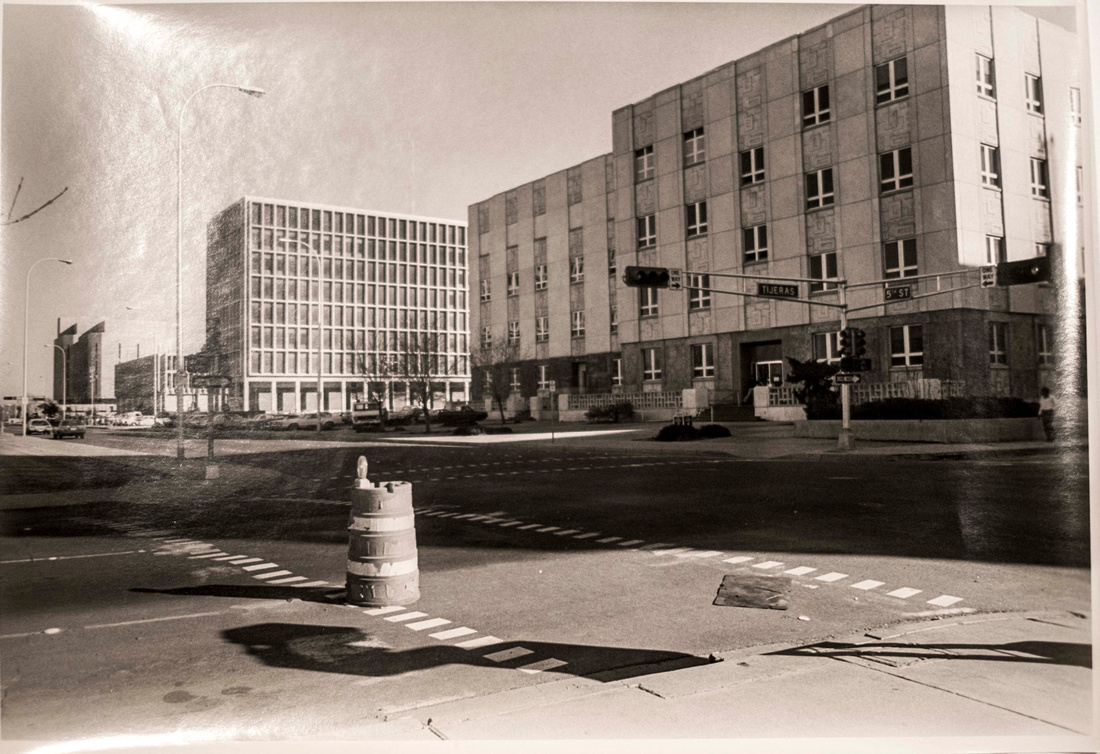 These are the County Building, City Hall, Police Building and City/County jail in 1980 in order from right to left. 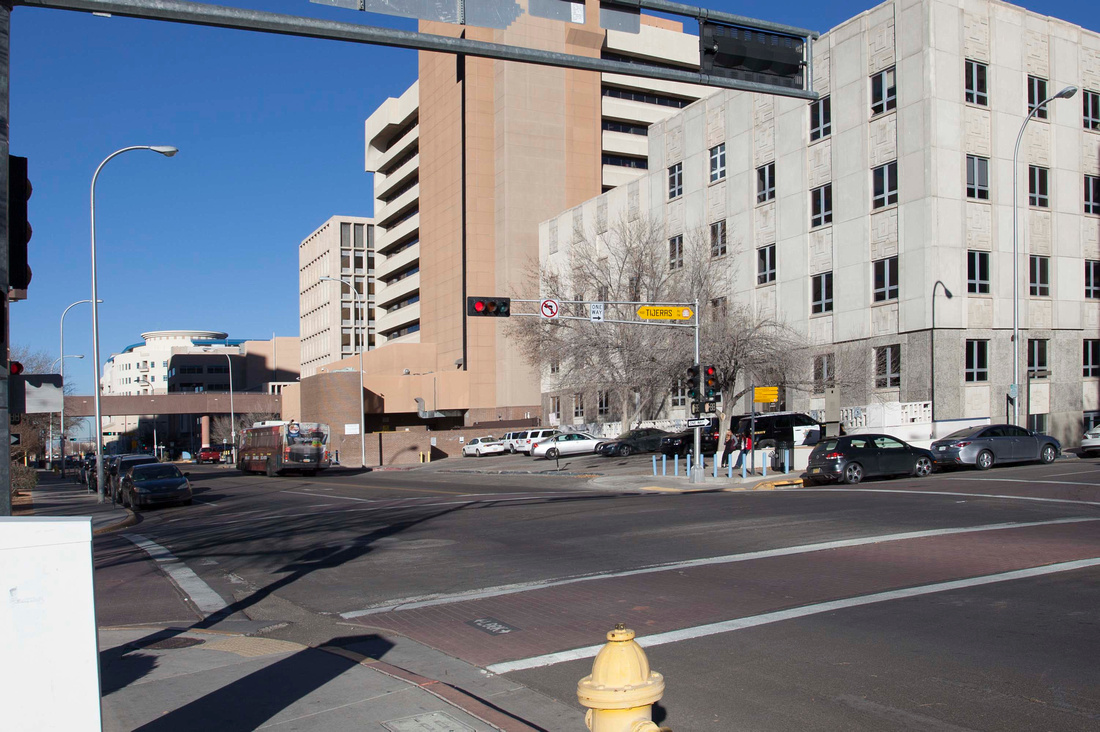 Today you can see the old County Building, newer City/County Complex built between the old County building and the original City Hall. There is a bridge that connects the Bank of the West Building with City Hall and blocks the view of the Police Building. The old Jail is in the shadows and you can see the new judicial complex with the circular roof in the background. 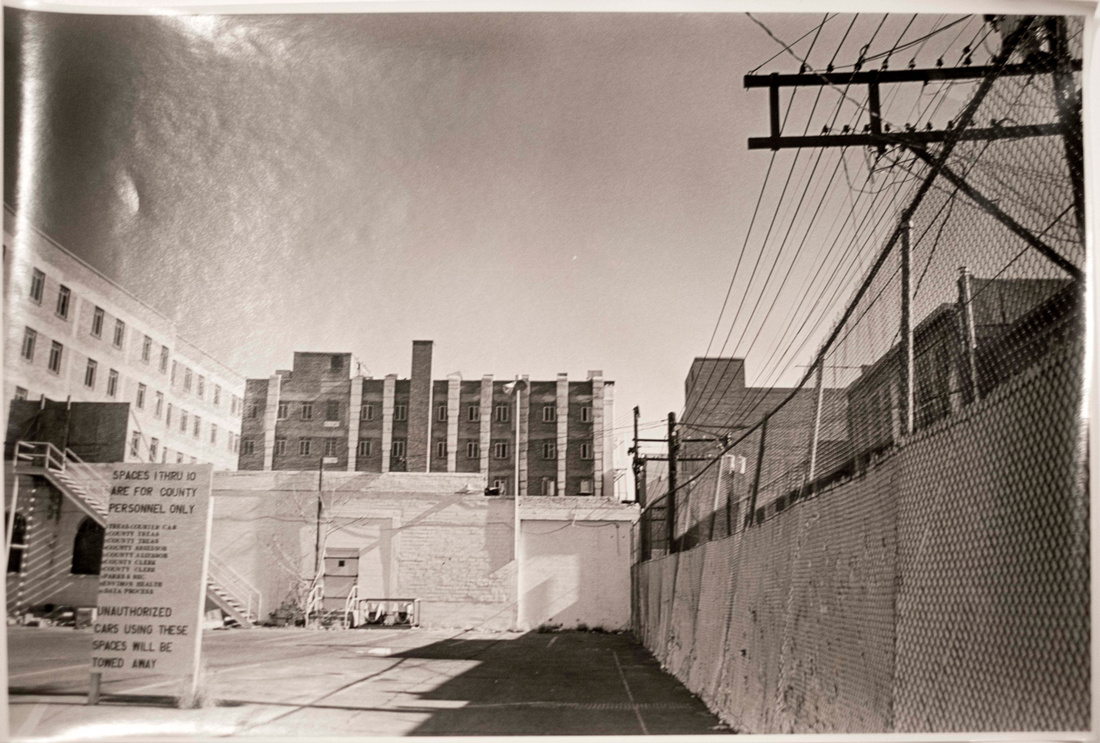 Looking east from 6th Street between Copper and Central in 1980. 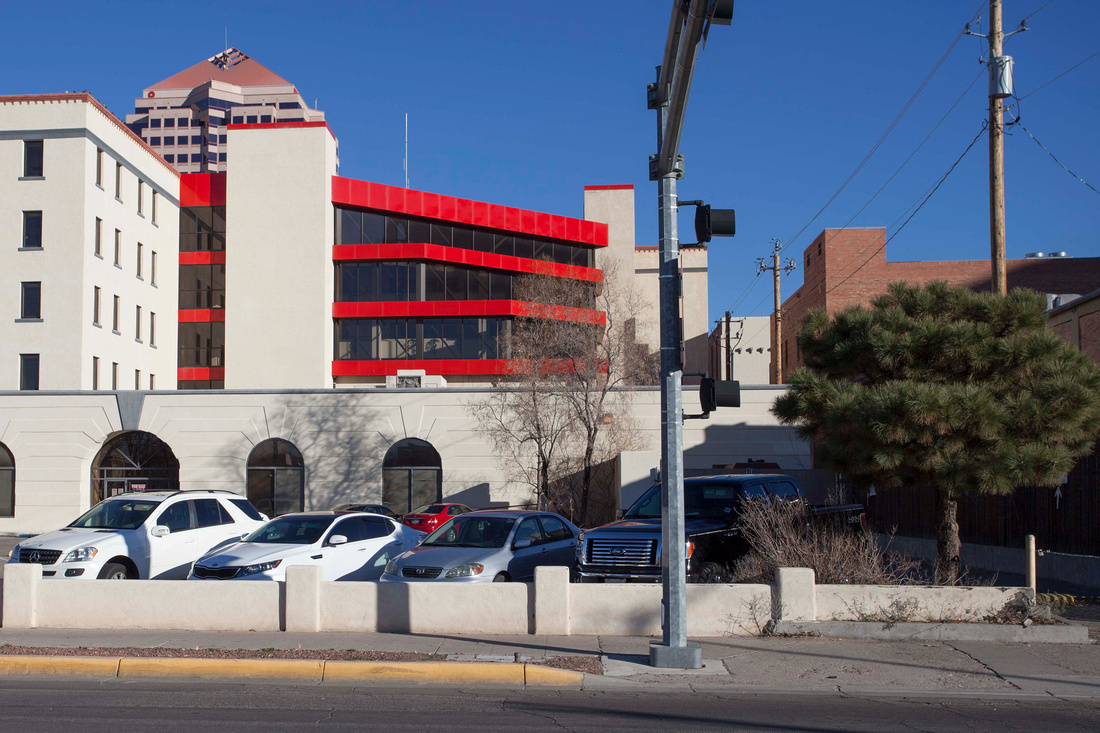 Looking east from 6th Street between Copper and Central 2015. 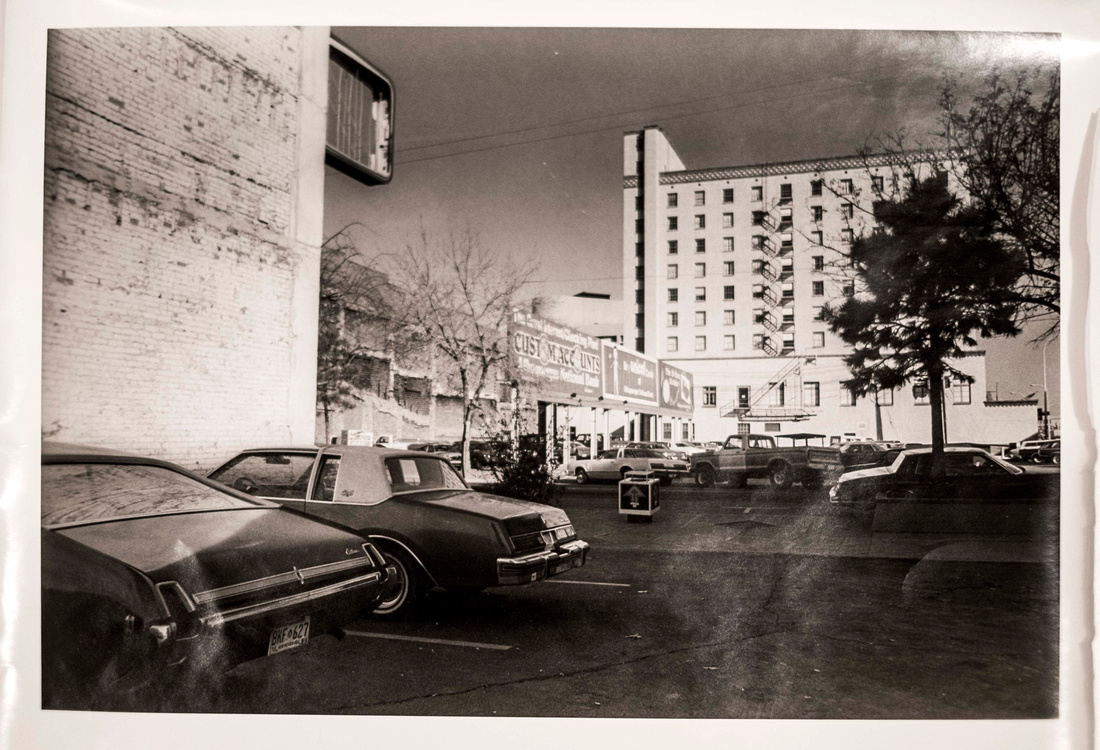 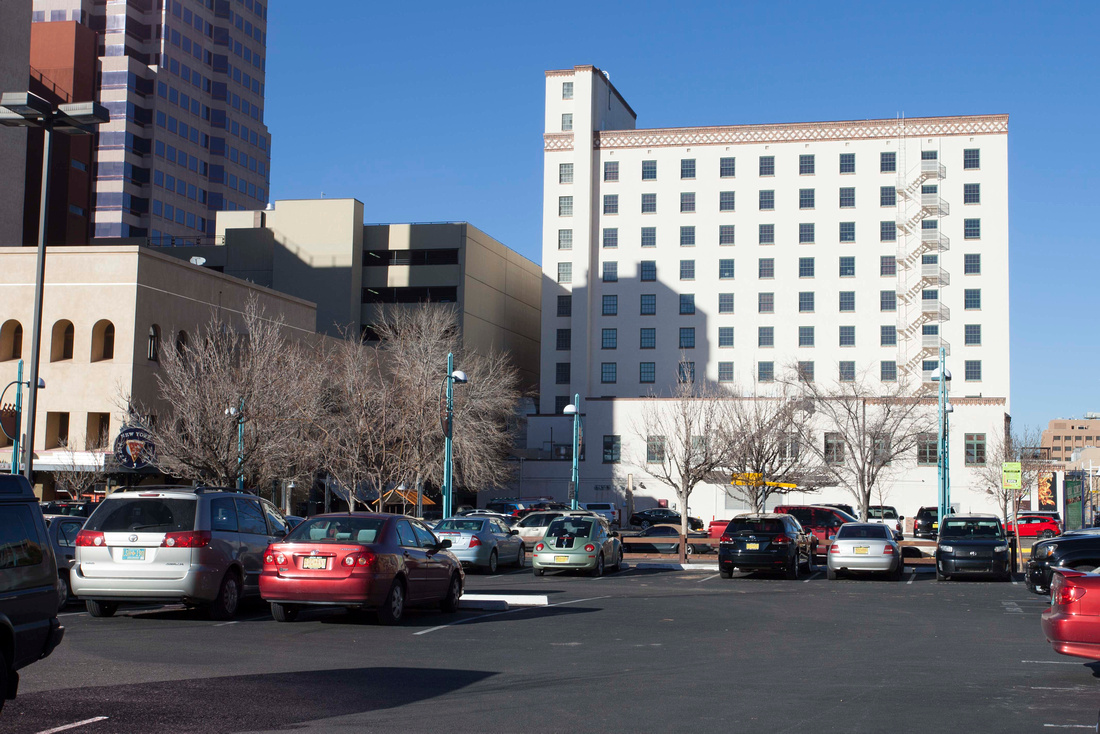 The Hotel Andaluz remains today, but the stores have all been torn down and parking lots are all that remain. 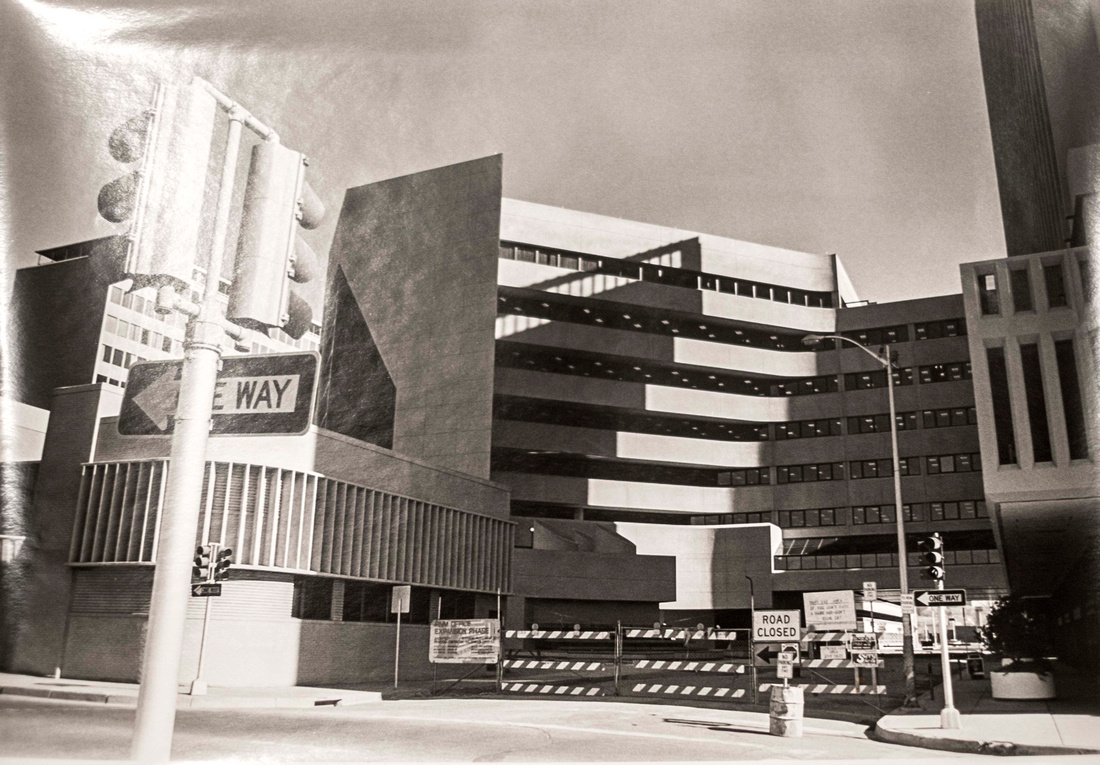 The Alvarado Square at 415 Silver under construction in 1980. The building opened in 1981 and is built over Silver Ave and connected to the PNM building across the street at 414 Silver. 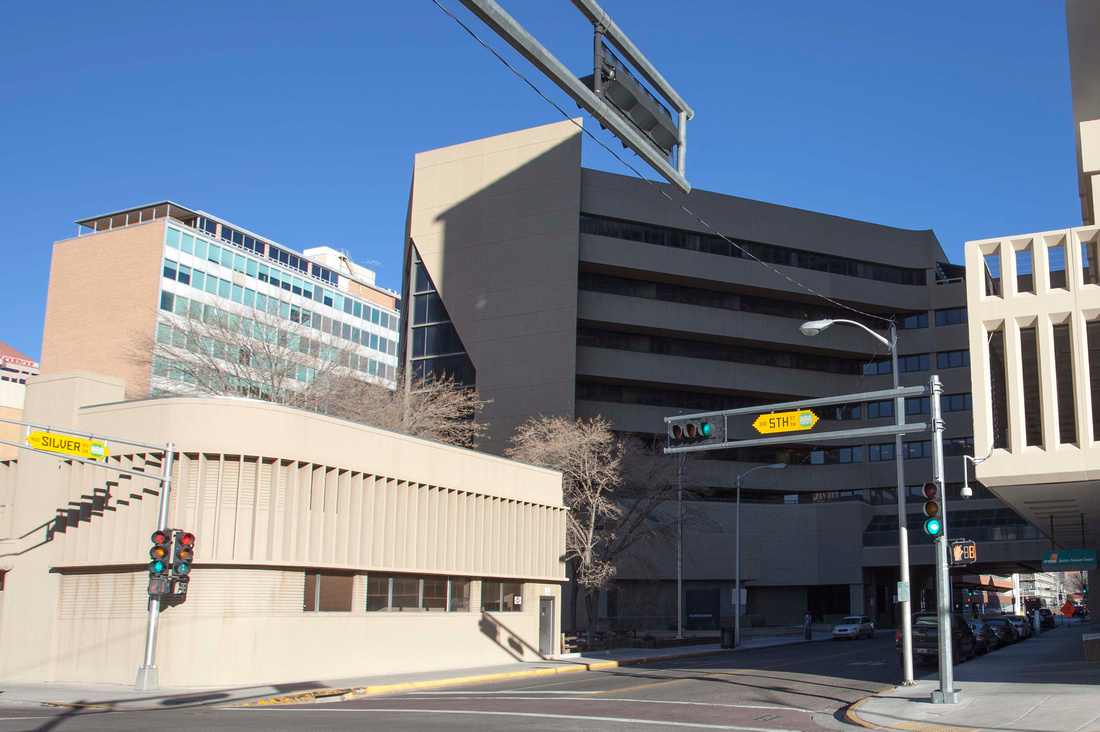 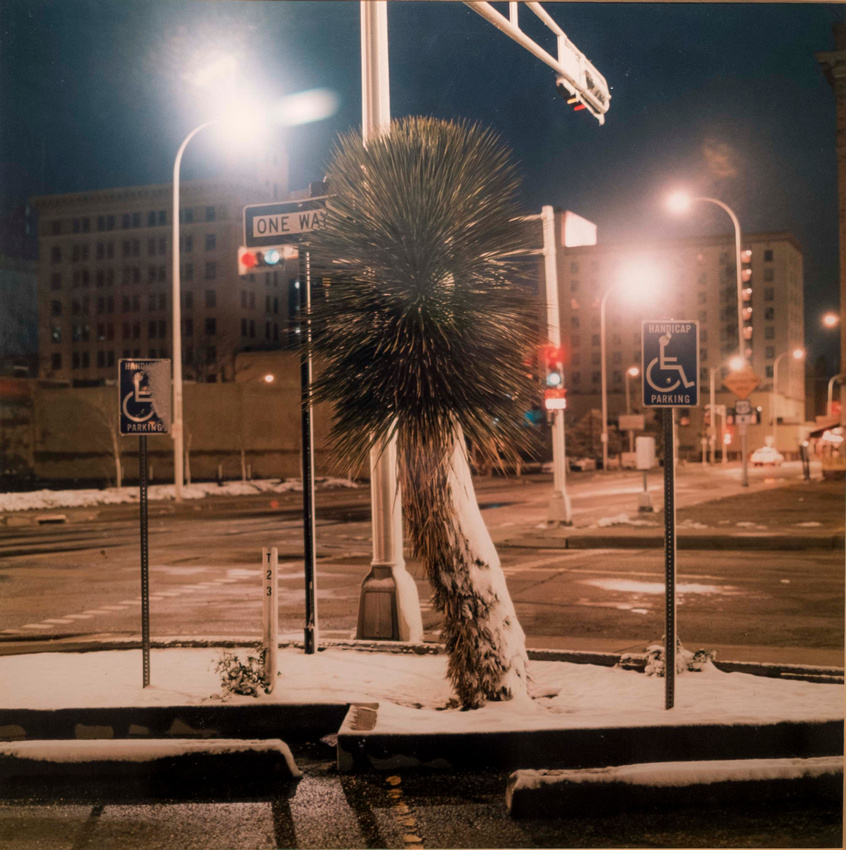 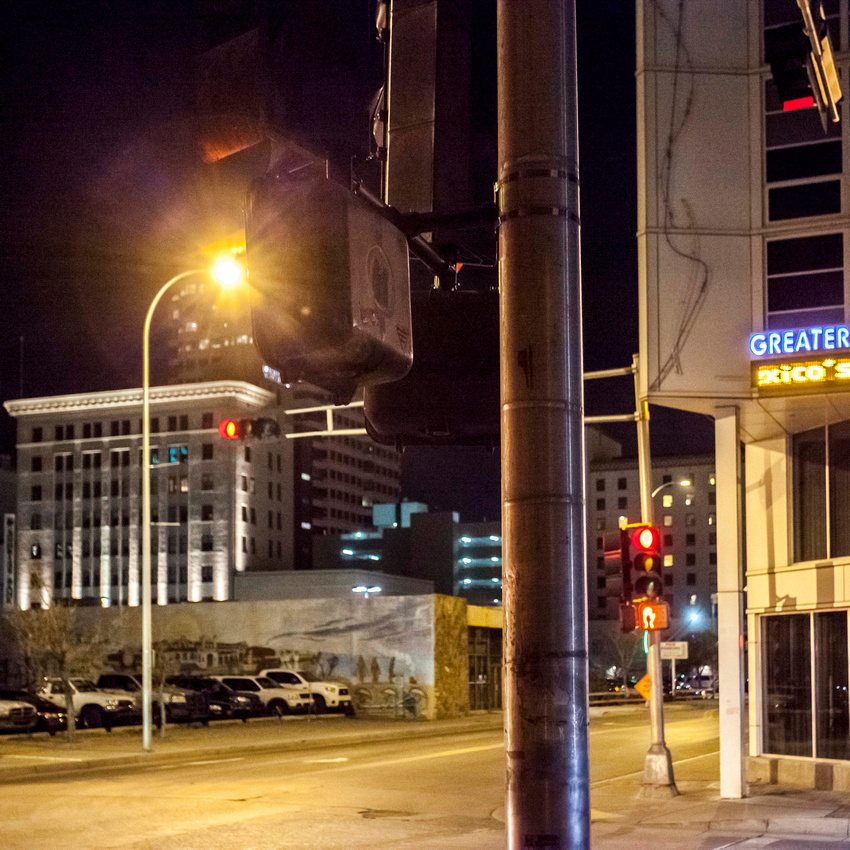 Today a building stands where I was standing in 1986, the yucca has long been removed and there is a building across the street. There was no snow at 6:45 pm last night, but with the temperature at freezing it was cold enough to get the spirit of the scene.

T & L Photos
Thanks, Couriers. Things stay the same for a long time, and then all of a sudden it all changes.
Animalcouriers(non-registered)
Interesting comparisons. Not so much change to existing but more squished in to any available space it seems.
T & L Photos
Thanks, Lavinia! The cars have changed a lot more than the architecture.
T & L Photos
Hi Teagan, Did you see the how post on the fire from 2 years ago? We thought the whole block was going to burn. PNM moved to another location seems like a couple of years or so ago, but I don't know where they moved, coming to think about it. PNM was asking $111,000,000 for the 12 story tower, but I don't know if they sold it.
T & L Photos
Thanks, Glendon! Other parts of Albuquerque have change a lot more than Downtown, but there have been a lot more changes in Downtown in recent years.
No comments posted.
Loading...
Subscribe
RSS
Recent Posts
Last Post on Zenfolio Walk, Run, Splash, Fly A Walk in the Snow We Wish You a Merry Catmas Cranes, Train & A Full Moon on Winter Solstice I Had A Dream Shrink Wrapped Fly Away Fire & Phantasm First Snow on the 2nd
Archive
January February March April May June July August September October November December
Timothy Price
Powered by ZENFOLIO User Agreement
Cancel
Continue