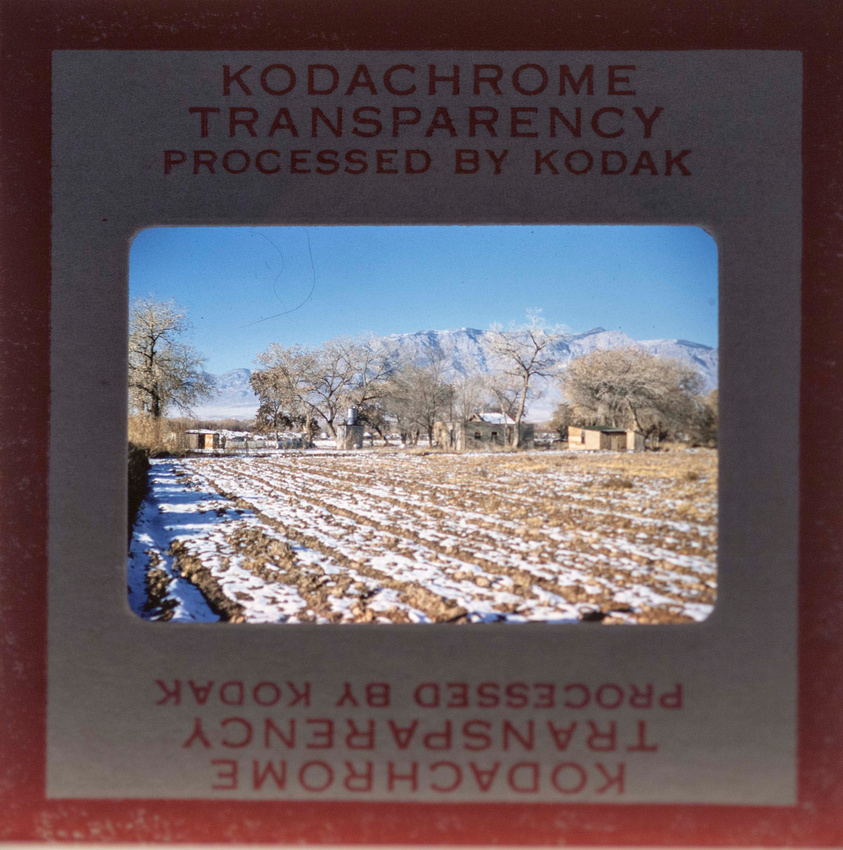 Our property in Corrales not long after my parents moved here around December 1958. This style of slide mount in this photo was used by Kodak from 1955-1959. 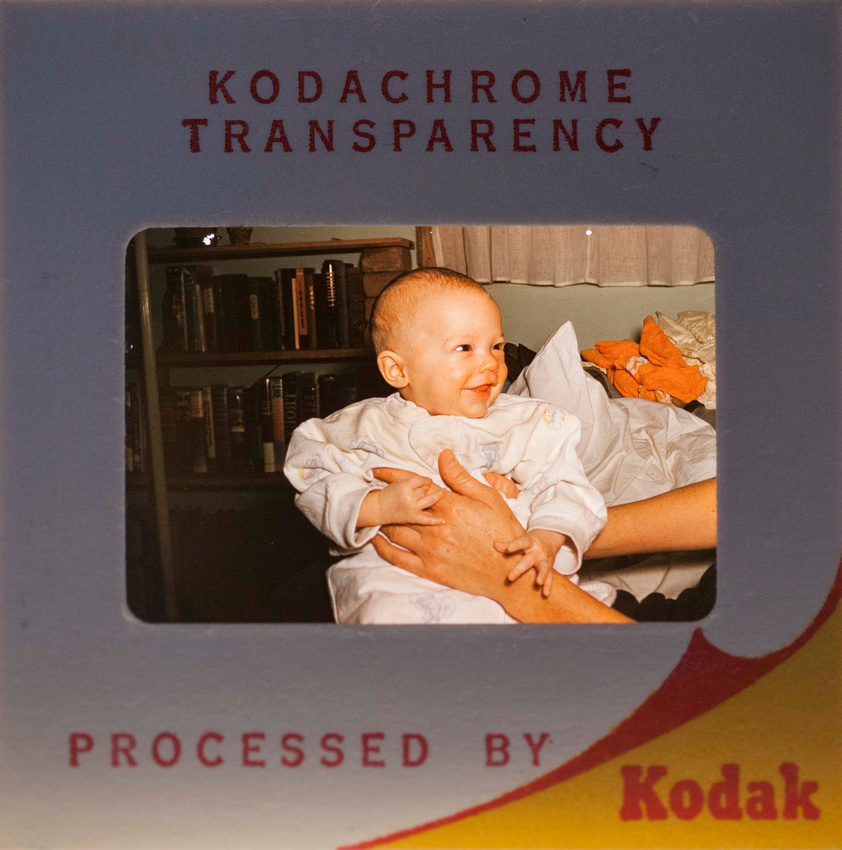 This is me taken probably in early 1959. Kodak first used this style of slide mount in 1958/1959, and phased out the slide mount in the first photo during the same period.

T & L Photos
Thanks, Randall. I have a lot of slides that my parents took over the years I need to go through. While a lot of people want to transfer slides to their computers then throw out the slides, I'm one to save the slides as they have lasted and will last longer than the ever changing digital media. I put slides onto the computer as I need them for a blog, otherwise, they are better off stored safely. Our property is like paradise, especially now will our rose gardens, grassy meadows, bamboo labyrinth and open areas (we tore down all the houses in the photo in 2012).
Randall Collis(non-registered)
These are simply Priceless shots (nice little pun there...), and what I like is it renews my focus to take great care of my slides (and my parents and grandparents slides!). Your property looks like a slice of heaven...
T & L Photos
Thanks, Julie!
Julie(non-registered)
Such an interesting post .. I have a box of slides that belonged to my parents. They are very special to me .. Very cute baby!
T & L Photos
Thanks, Harry!
No comments posted.
Loading...
Subscribe
RSS
Recent Posts
Last Post on Zenfolio Walk, Run, Splash, Fly A Walk in the Snow We Wish You a Merry Catmas Cranes, Train & A Full Moon on Winter Solstice I Had A Dream Shrink Wrapped Fly Away Fire & Phantasm First Snow on the 2nd
Archive
January February March April May June July August September October November December
Timothy Price
Powered by ZENFOLIO User Agreement
Cancel
Continue