The Devil's in the Plumbing T – 3 Days 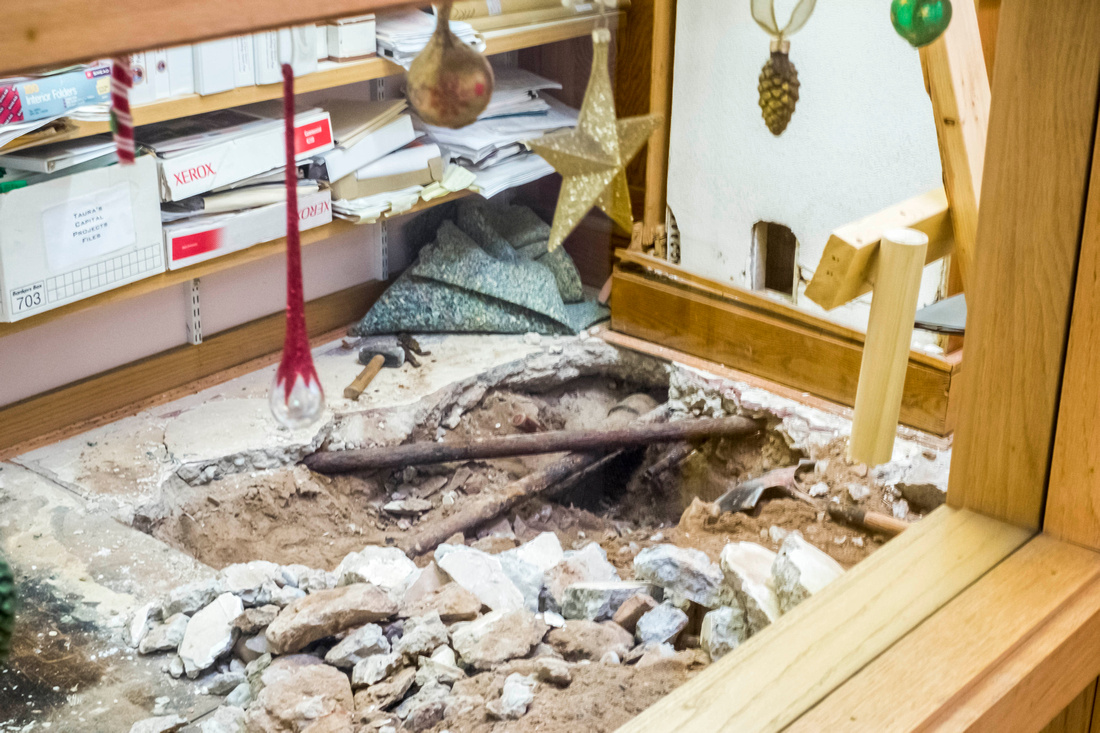 Some say that "the Devil's in the details", which seems to be the case for legislation that our congress men and women believed they had to pass so they could find out what's in it, but I think the Devil is especially in the plumbing. I can consider myself lucky that I only had a couple of tiny leaks during the installation of the new kitchen sink I got for Laurie after yesterday's round of plumbing at the office. It all begain last month when water started coming up under the floor in Andy's office again.

About 6 months ago, water was coming up under Andy's desk near the wall. After tearing up the floor we found an uncapped drain and capped it. So it was even more mysterious that water was coming up under the floor in a different place last month. We assumed it was another uncapped floor drain that overflowed from what we discovered was a collapsed sewer pipe in the alley behind the office. Once the pipe in the alley was replaced, the wet spot subsided in the office, so we got the carpet cleaned and scheduled capping the offending drain for this week between Christmas and New Year's when the office is closed. 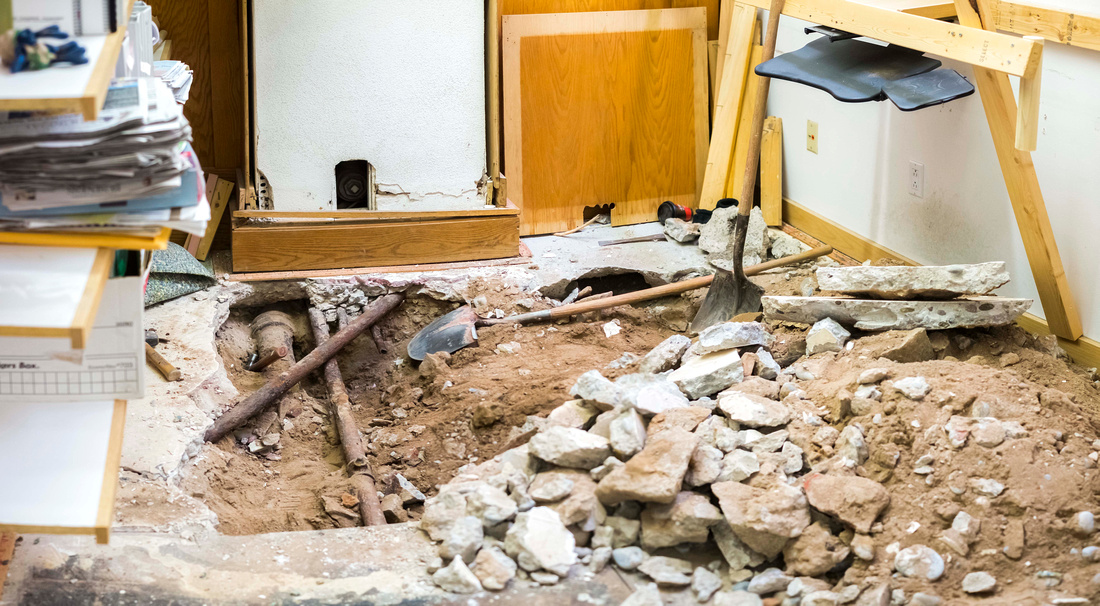 Following the pipes back from where the water came up under the floor, the hole got bigger and bigger. 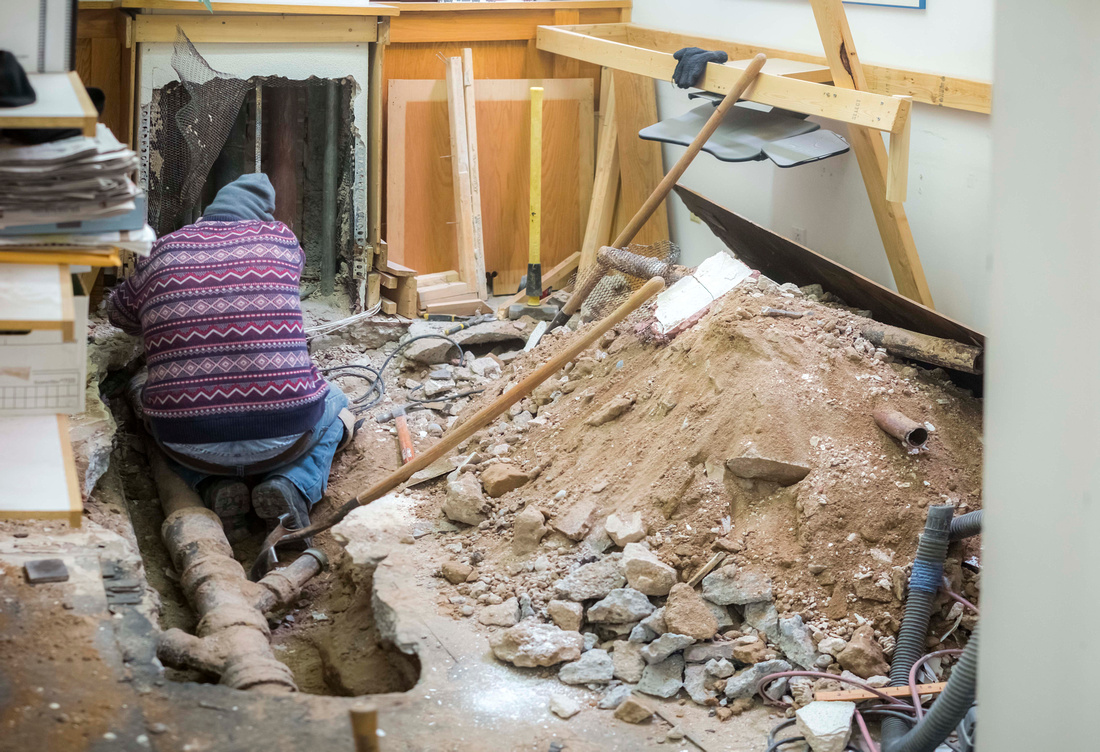 The workers were still breaking up concrete and digging out around the cast iron pipe to expose it when I left in the afternoon.

T & L Photos
Thanks, Julie!
Julie(non-registered)
Oh what a pain! Water can be so damaging. Big job . Good luck Tim
T & L Photos
Hi David! I remember you story. Plumbing can be so much trouble.
David(non-registered)
I can sympathize with you on this when we had to dig up our sewer line earlier this year. Will it be repaired using PVC piping?
Animalcouriers(non-registered)
Oh dear, tracing a drain is never much fun. Hope it's sorted in time for the new year.
No comments posted.
Loading...
Subscribe
RSS
Recent Posts
Last Post on Zenfolio Walk, Run, Splash, Fly A Walk in the Snow We Wish You a Merry Catmas Cranes, Train & A Full Moon on Winter Solstice I Had A Dream Shrink Wrapped Fly Away Fire & Phantasm First Snow on the 2nd
Archive
January February March April May June July August September October November December
Timothy Price
Powered by ZENFOLIO User Agreement
Cancel
Continue