The Natural History Museum in Paris had a special exhibit with a skeleton of Tyrannosaurus Rex that they were making a big deal about. The complete skeleton was assembled in a running posture in a dark, narrow room, with a "selfie" skull projected on the floor where people were supposed to stand or kneel to take selfies with T-Rex. 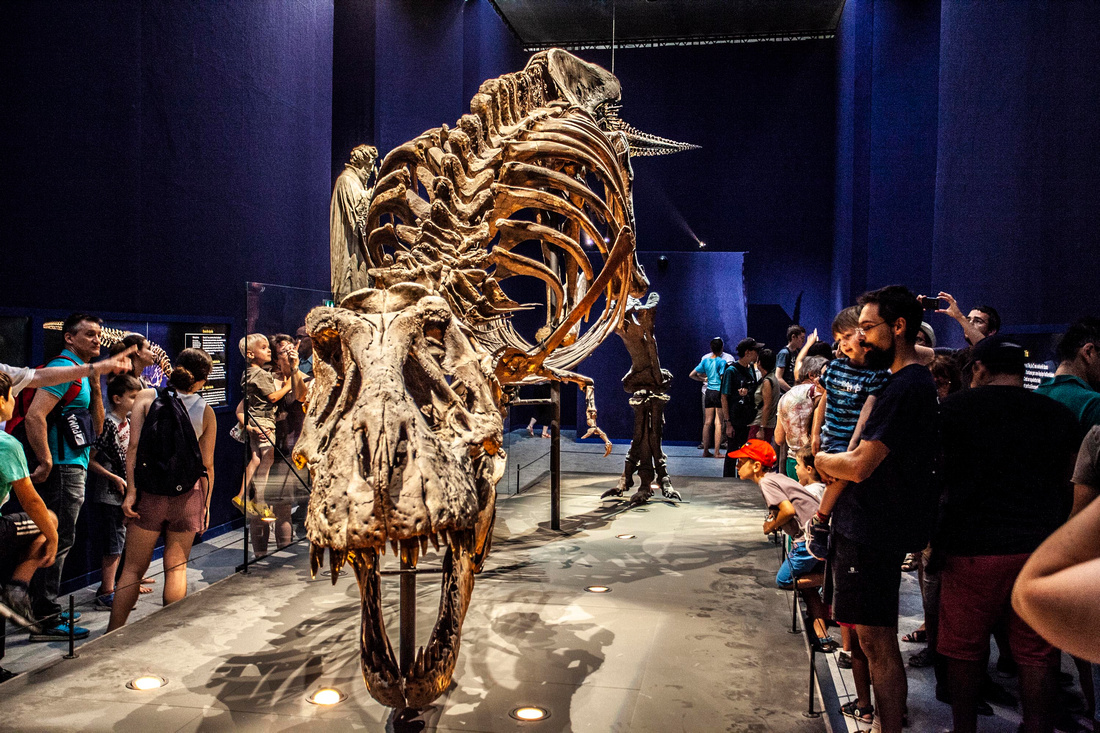 View in front of the "selfie" spot. 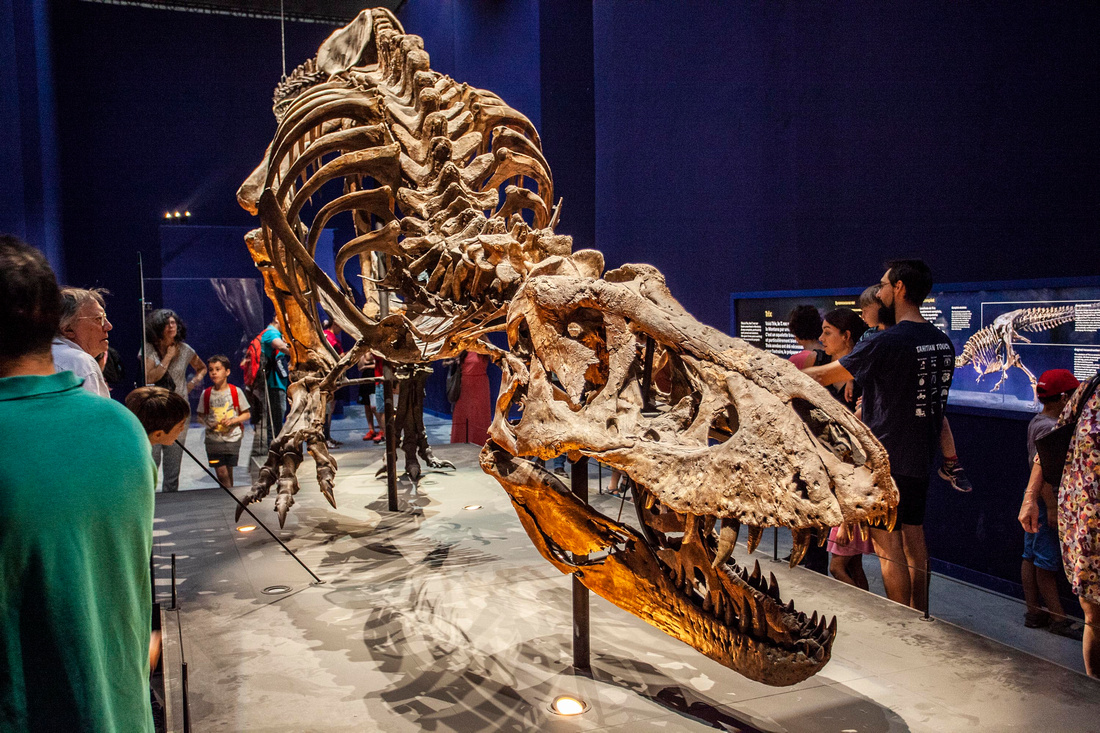 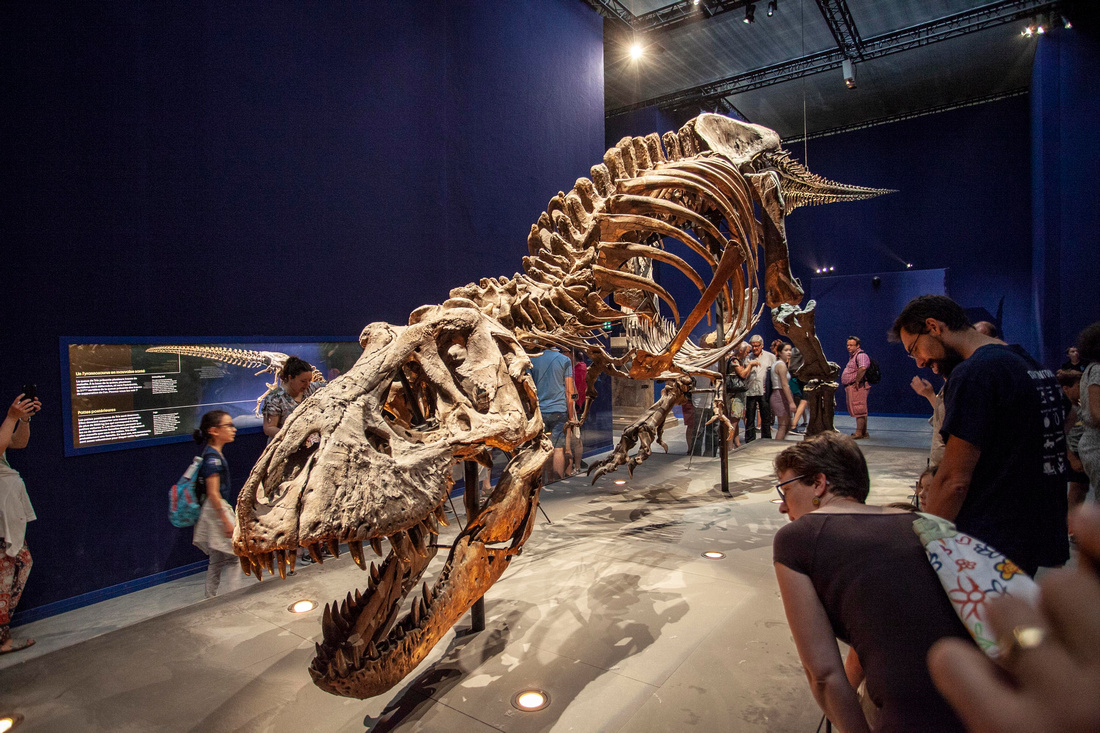 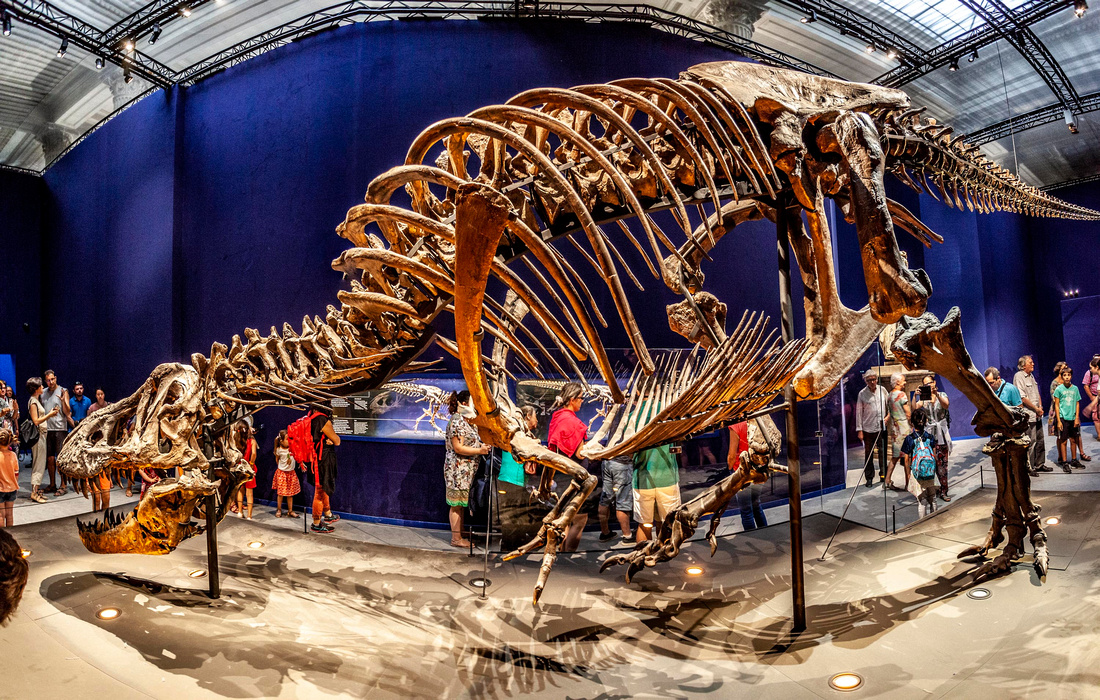 The room was so narrow that it was difficult to get a side view of T-Rex even doing a panorama with a 17mm super-wide angle lens. 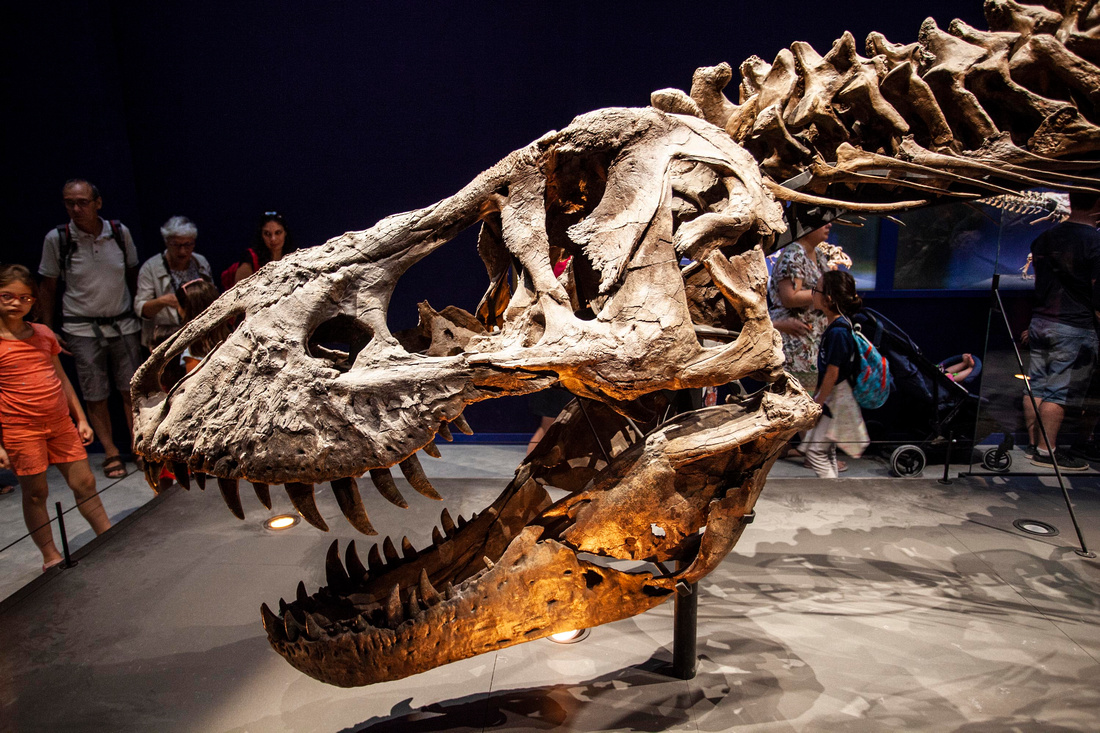 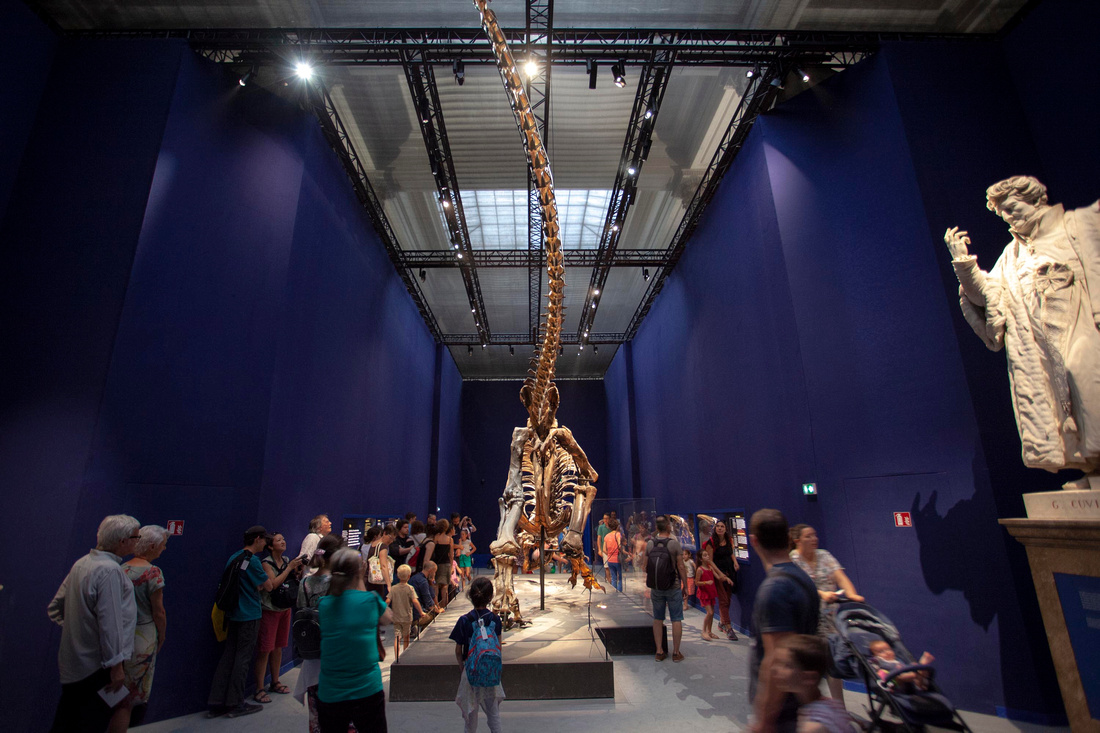 The room was was joined by two corridors on the tail end of T-Rex. This shot shows how narrow the room is. 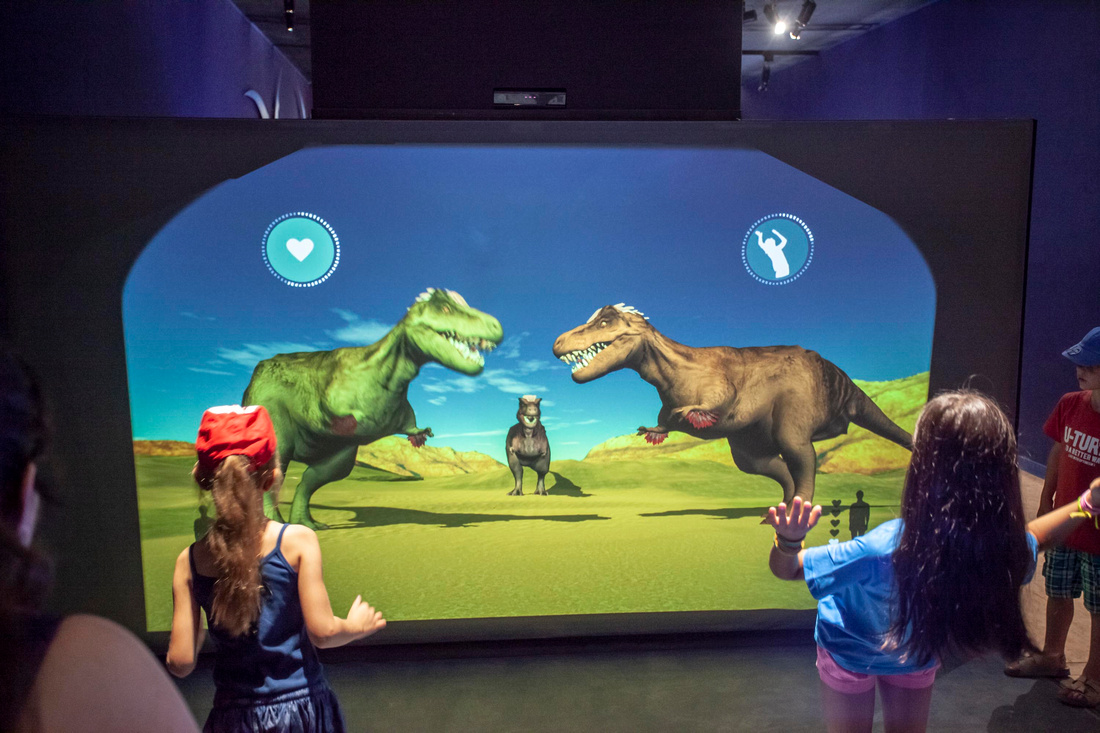 On the way out from T-Rex, they had games the kids were playing. In this one, dinosaurs imitated whatever motion a person in the circle did. 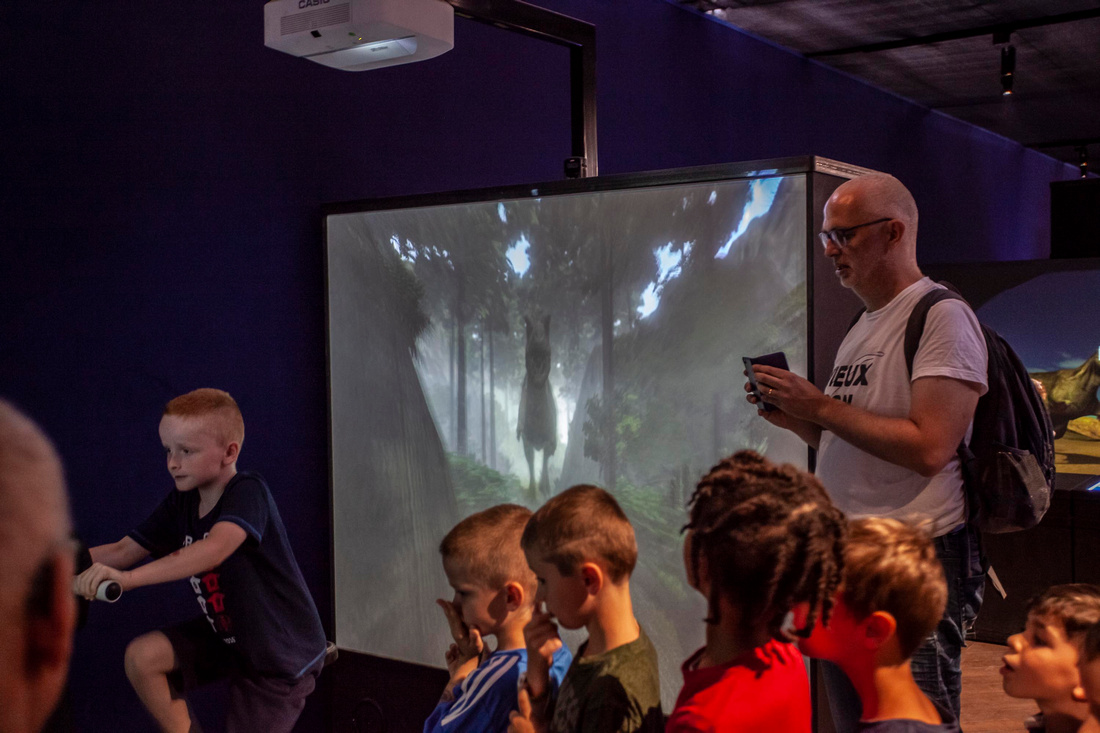 T & L Photos
Hi Lavinia. They were up on the latest things in their prehistoric displays.
Lavinia Ross(non-registered)
That is a magnificent specimen, Tim. The selfie pad is a nice touch the museum added.
T & L Photos
Thanks, Christine. It is a very cool museum.
Christine E. Robinson(non-registered)
Tim, this is very cool. What a great museum for kids and adults! Christine
T & L Photos
Thanks, Michelle. There were a lot of kid friendly things everywhere we went in Paris. That was really nice to see. We are all doing well.
No comments posted.
Loading...
Subscribe
RSS
Recent Posts
Last Post on Zenfolio Walk, Run, Splash, Fly A Walk in the Snow We Wish You a Merry Catmas Cranes, Train & A Full Moon on Winter Solstice I Had A Dream Shrink Wrapped Fly Away Fire & Phantasm First Snow on the 2nd
Archive
January February March April May June July August September October November December
Timothy Price
Powered by ZENFOLIO User Agreement
Cancel
Continue