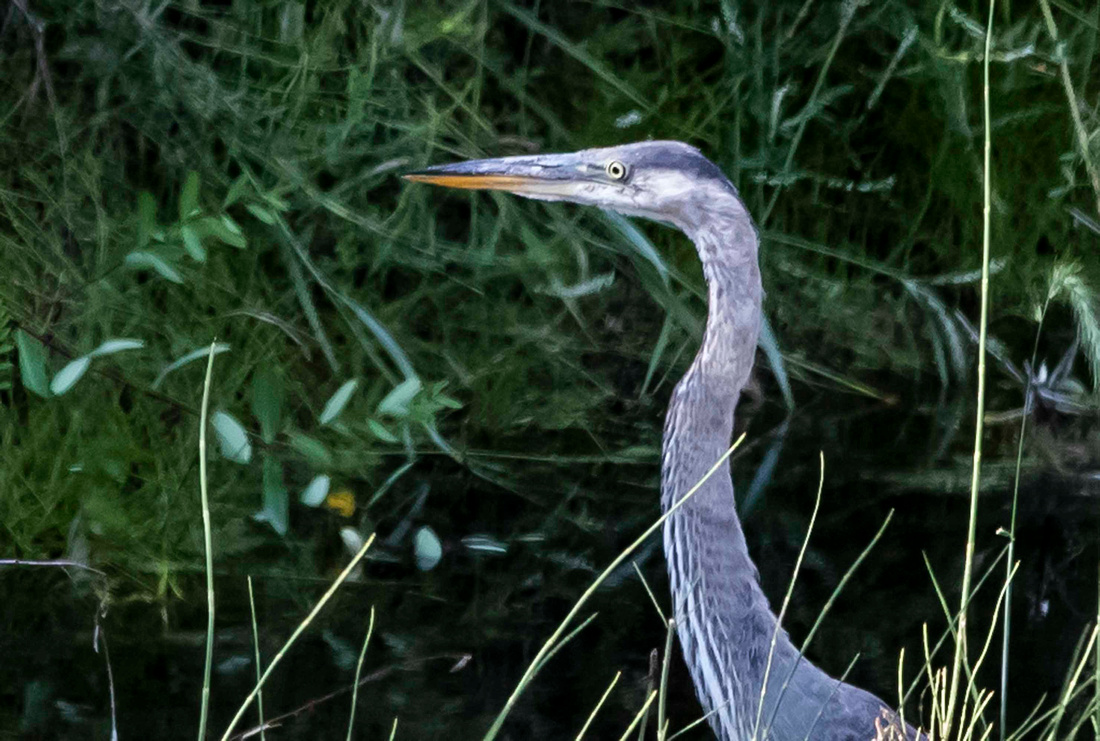 I went for a walk in the bosque around 4:30 pm to avoid the evening thunderstorms that have been dumping heavy rain and hail on us every evening this week. I walked north about 3/4 mile through the bosque and then up over the levee to see what was happening in the clearwater ditch, and came face to beak with the pterodactyl. 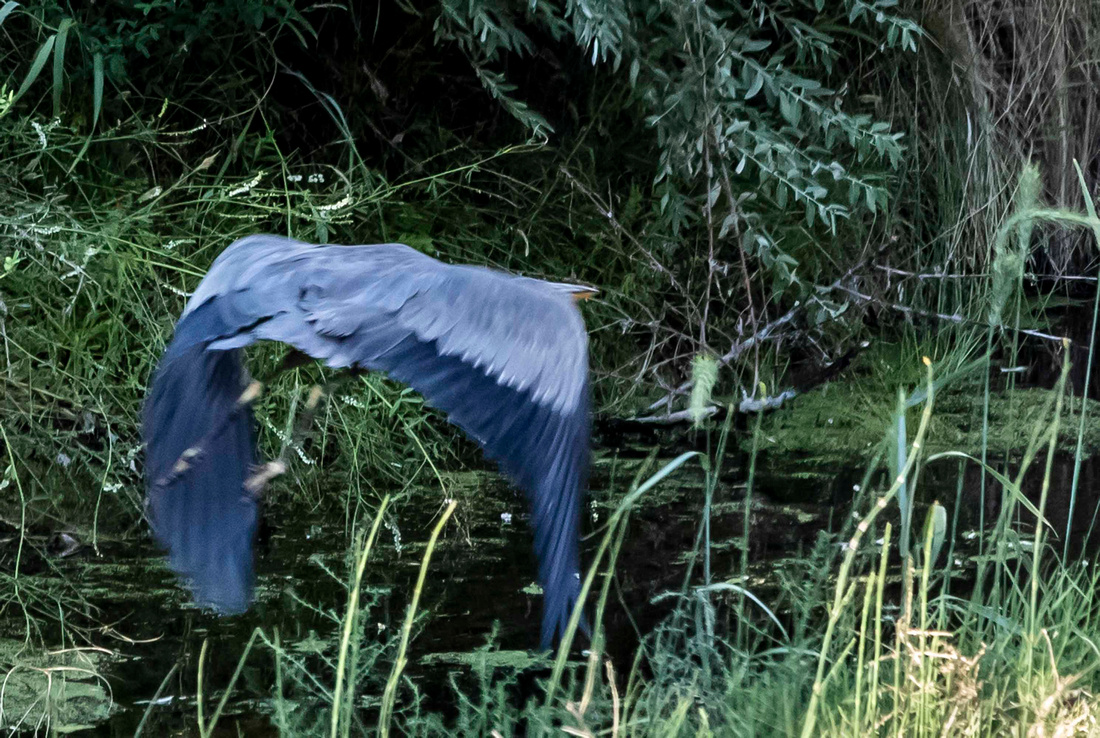 Mr. pT few off making all kinds of interesting shapes with his wings. 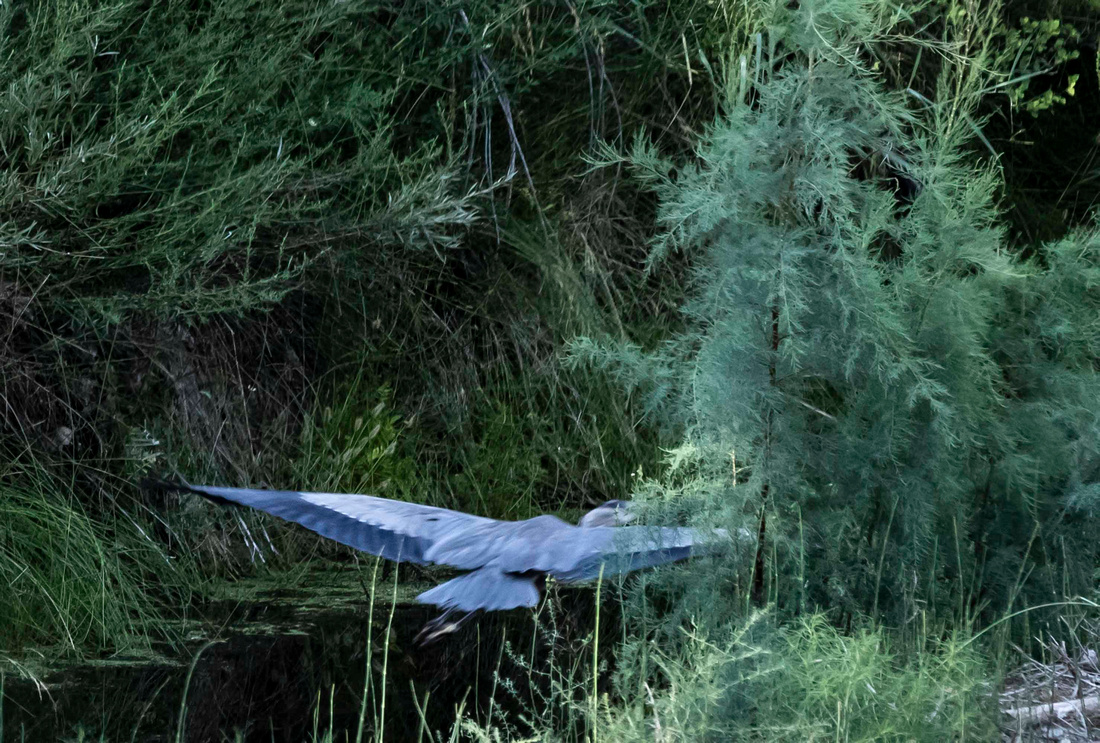 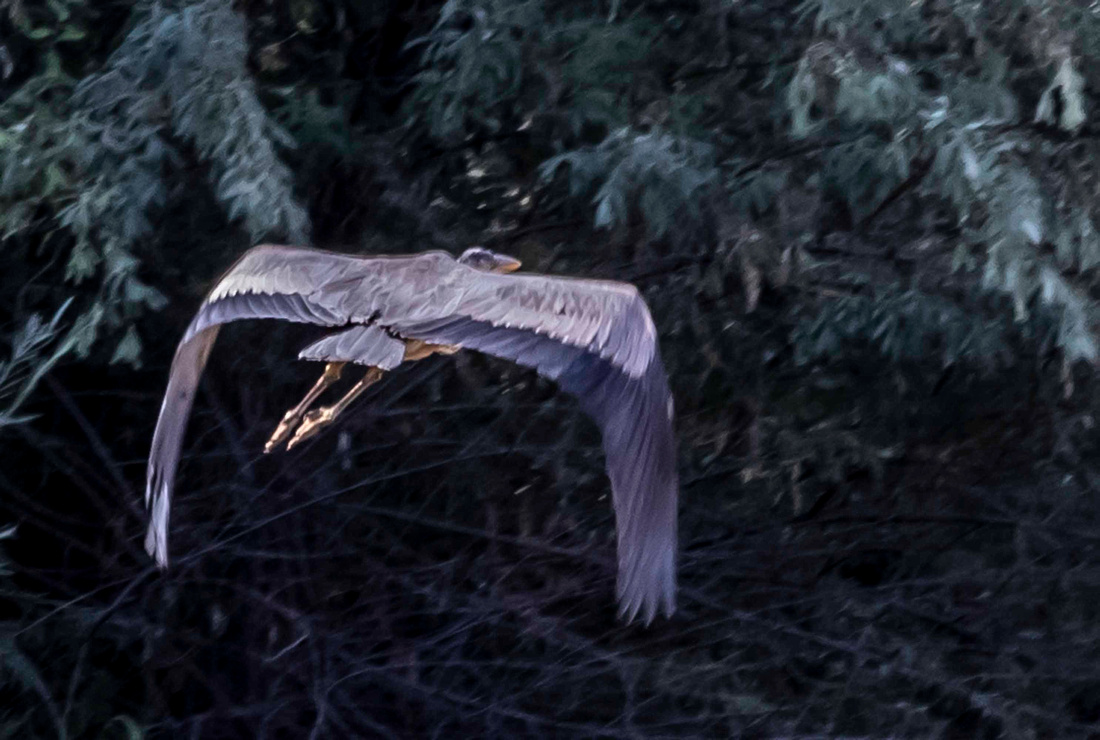 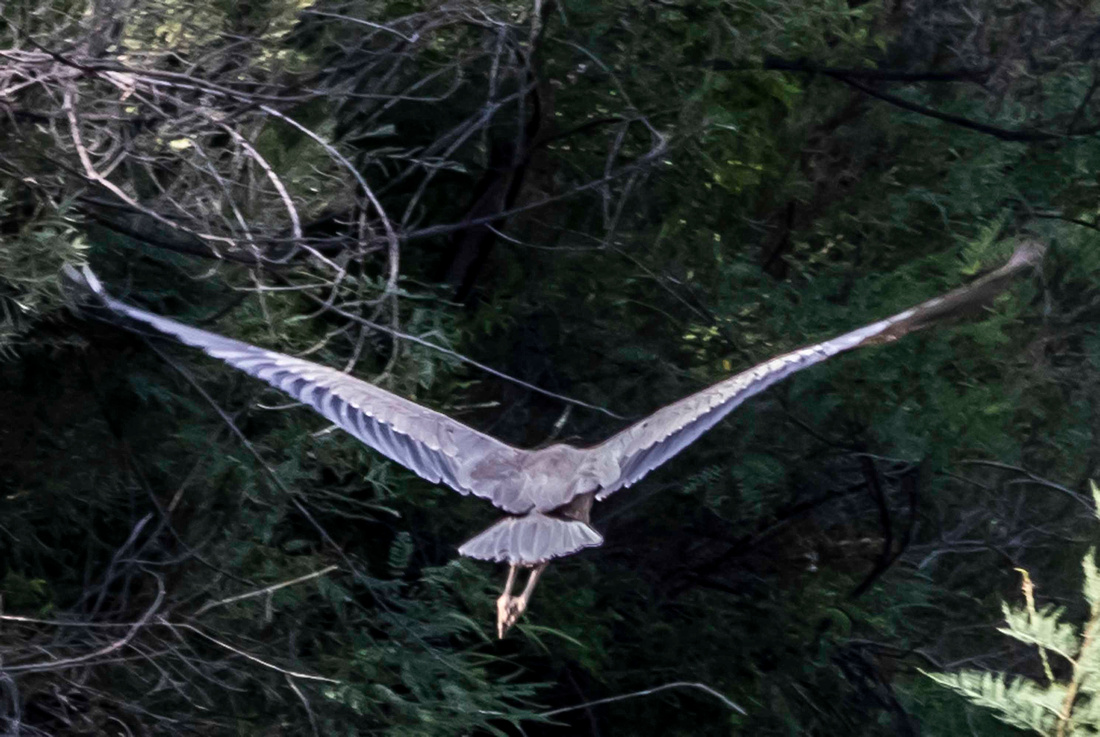 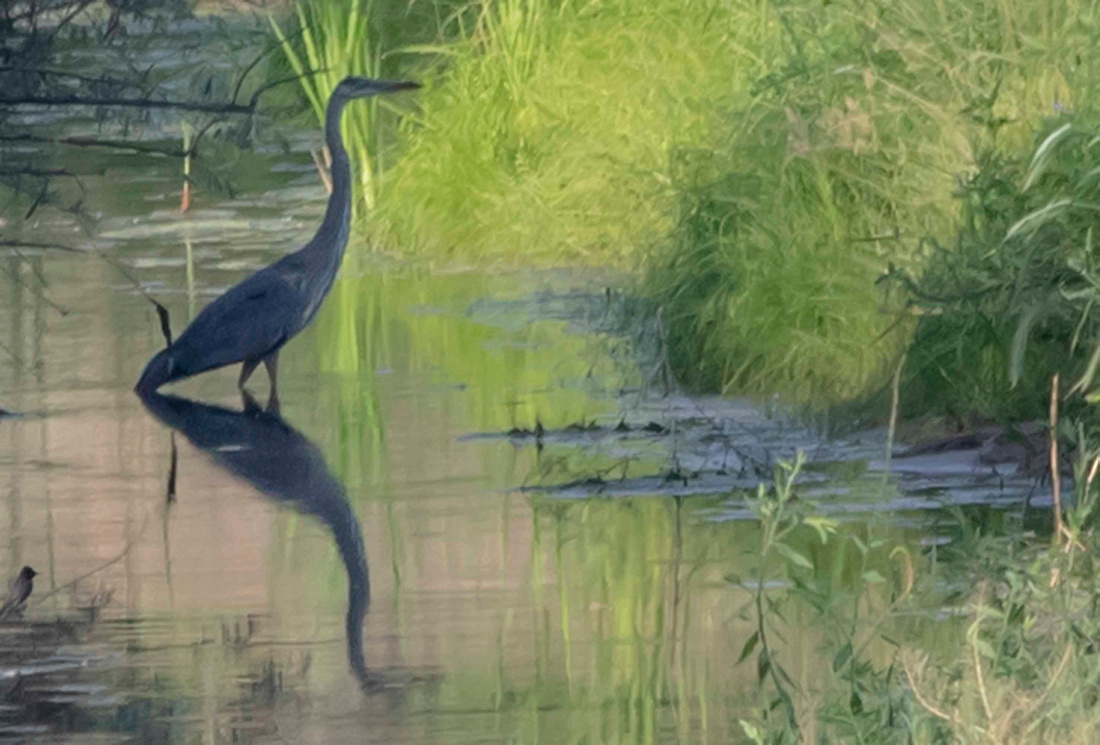 He landed about a 1/4 mile north in the ditch, so I continued north following him, and got within about 300 yards of him standing in the water. 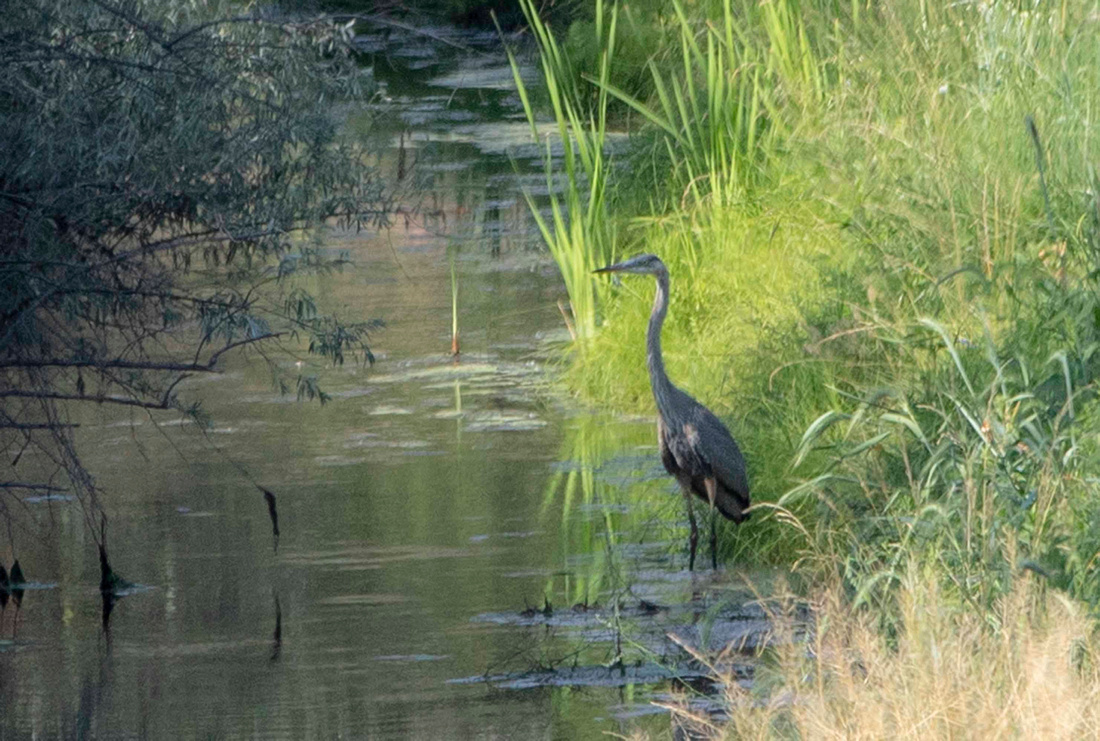 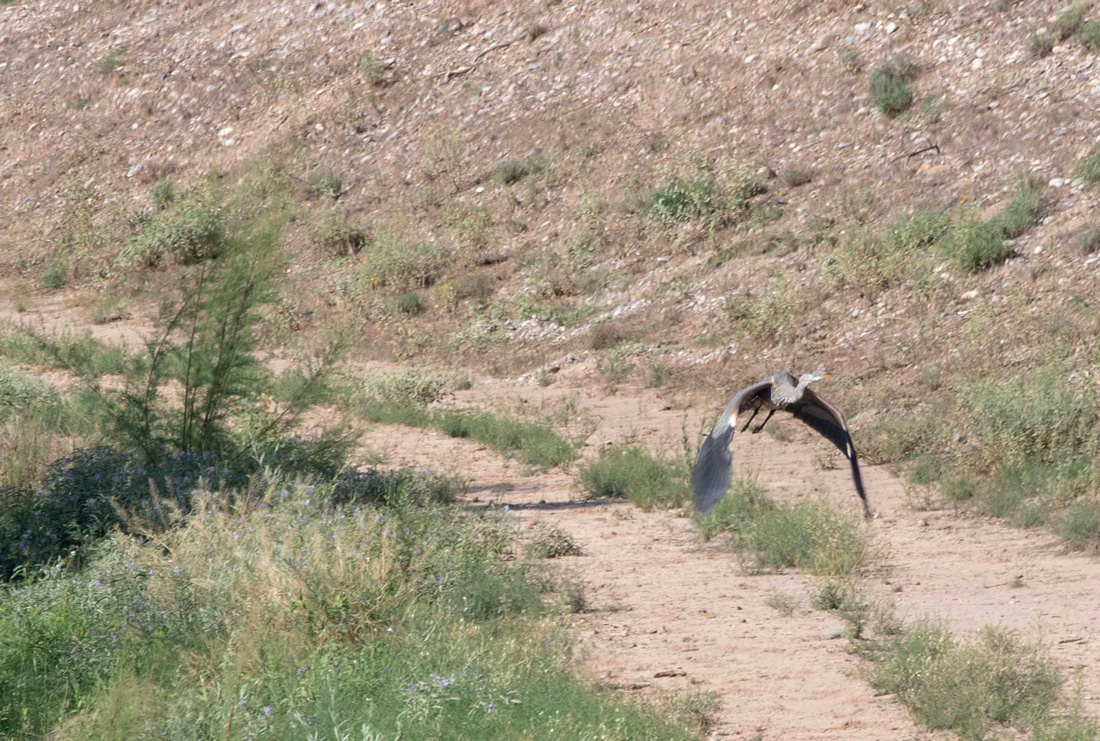 Then he flew again in my direction. 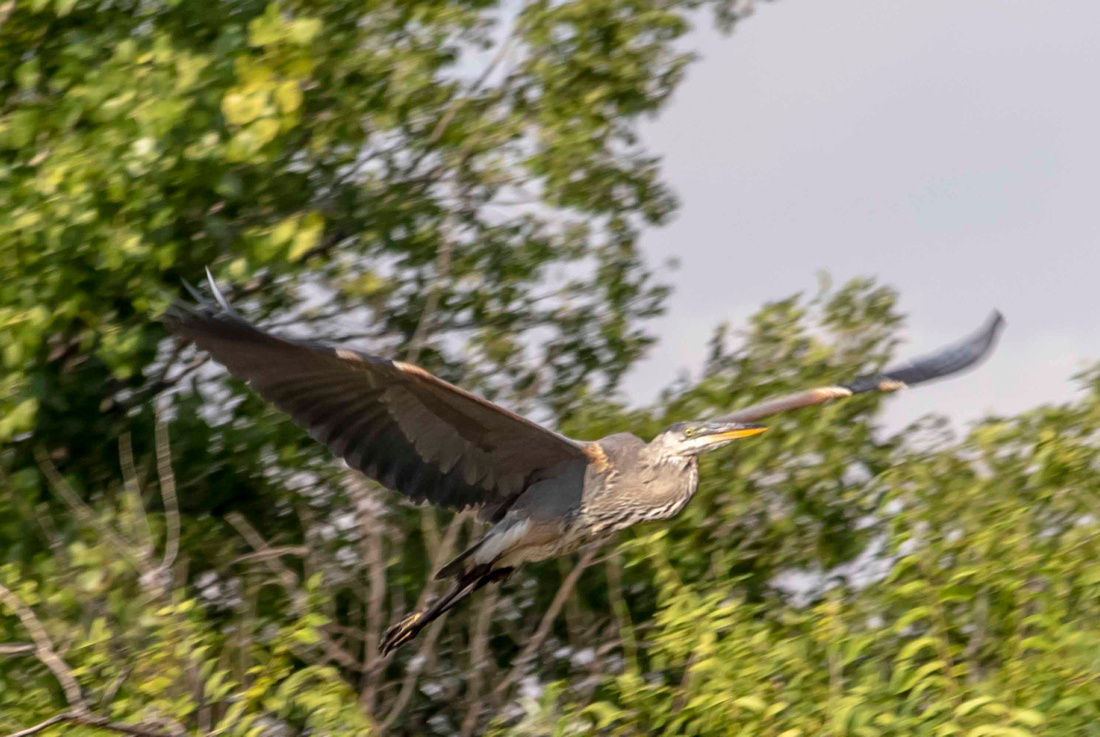 He flew right by where I was standing. 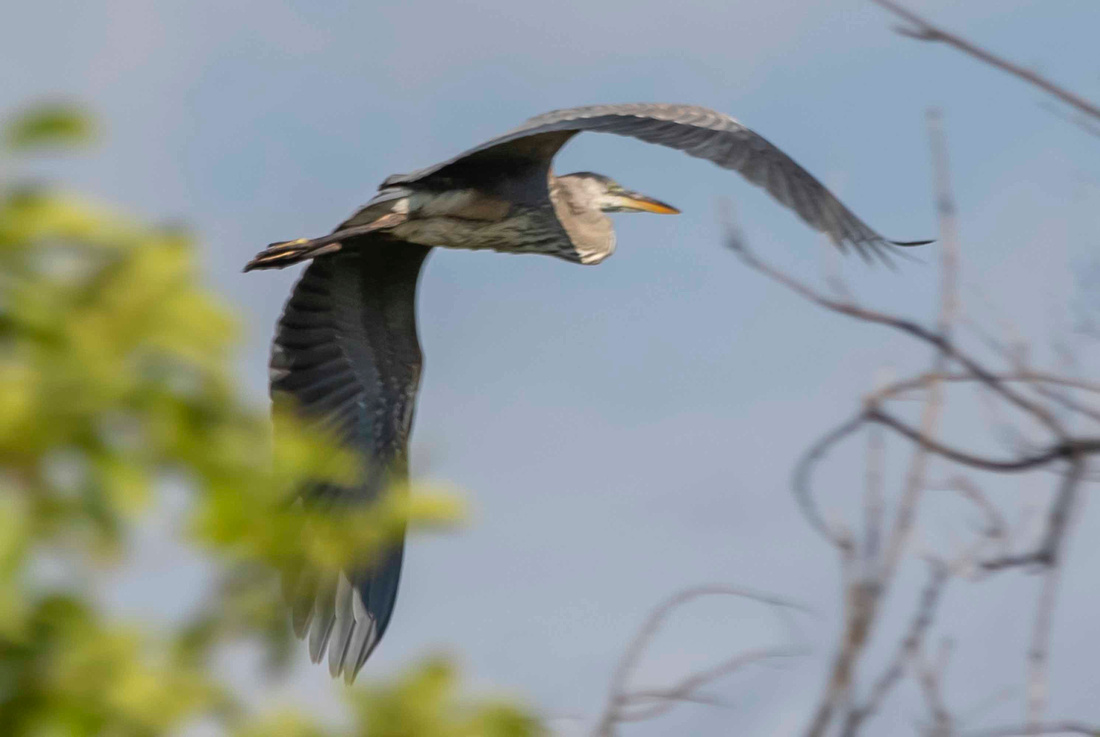 Over the tops of the cottonwoods, heading for the river. 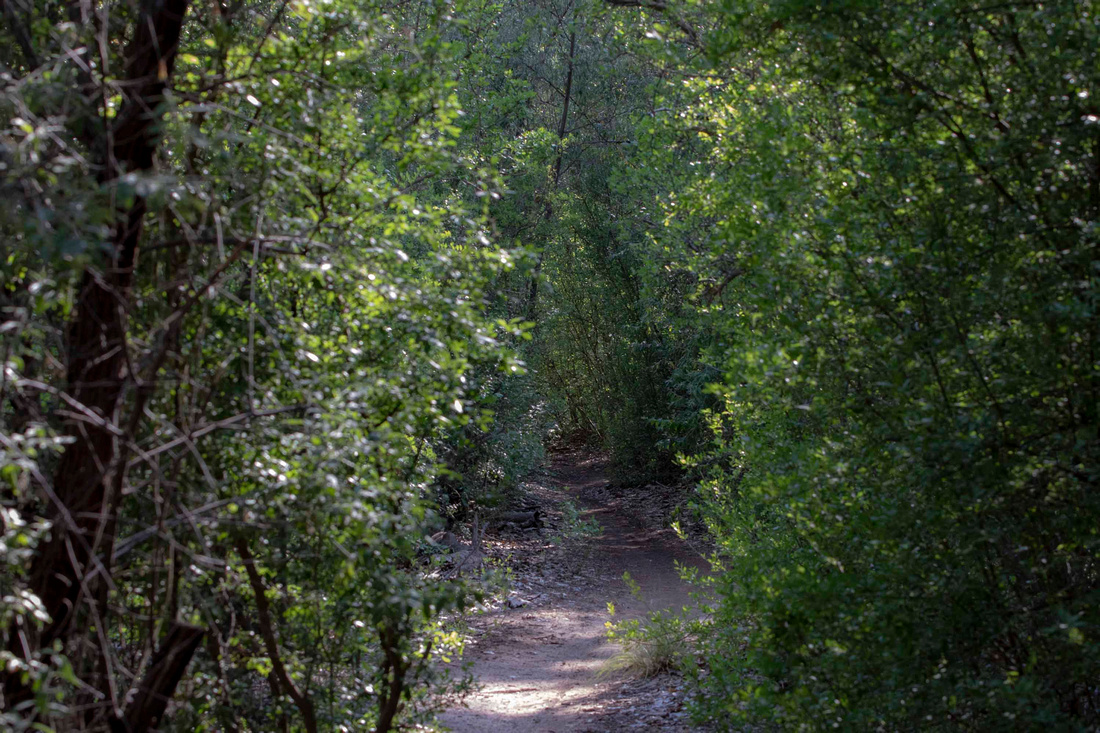 I knew exactly where he was headed, so I backtracked and followed a trail that goes out to the river a few hundred yards north of where Mr. pT and I first ran into each other. 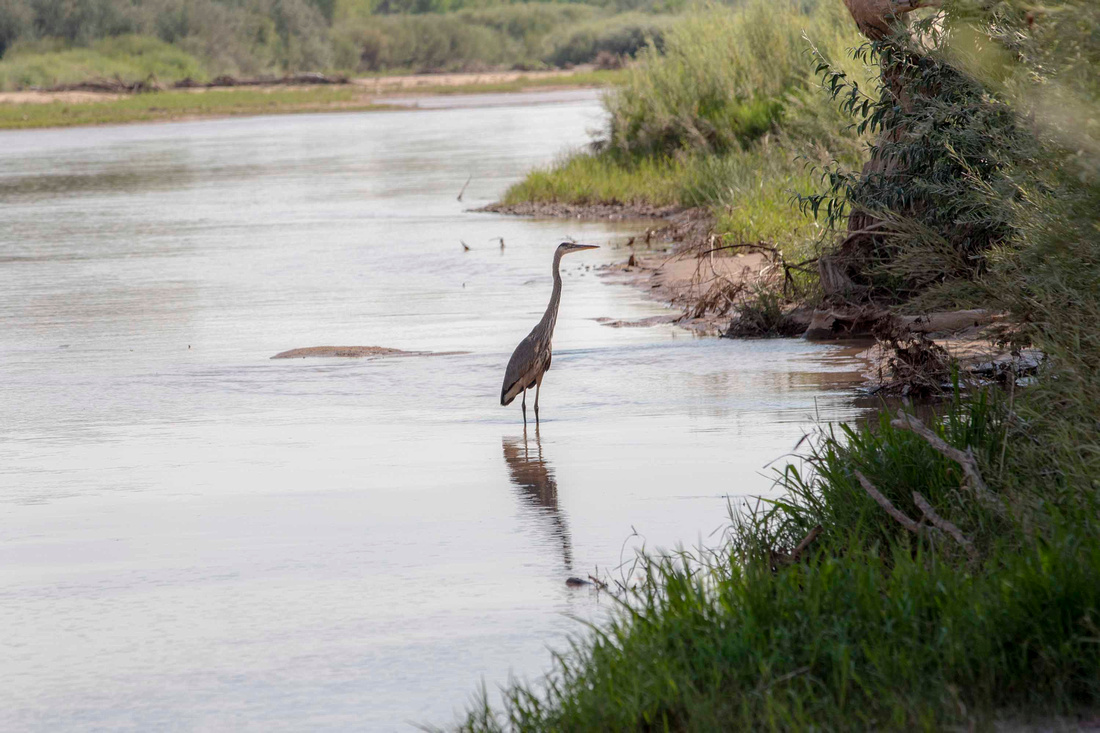 As I suspected, when I slipped out of the brush, down the bank onto a slip of a mudflat along the river, there was Mr. pT looking surprised to see me. He stood still staring at me like "What The Feather is it with this crazy paparazzo who keeps following me around? Doesn't he ever give up?" I stood in place, slowly sinking in the mud watching and photographing Mr. pT. After about 15 minutes of staring at each other, Mr. pT decided I was not much of a threat after all and he started posing and fishing for minnows in the shallows. 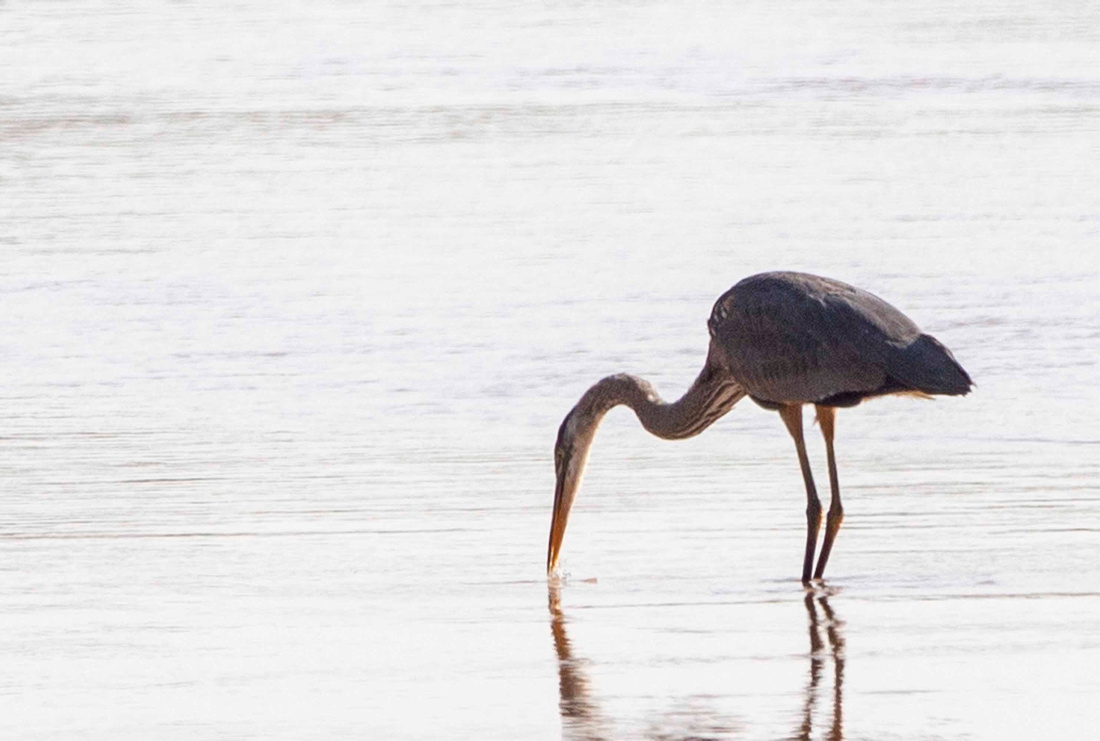 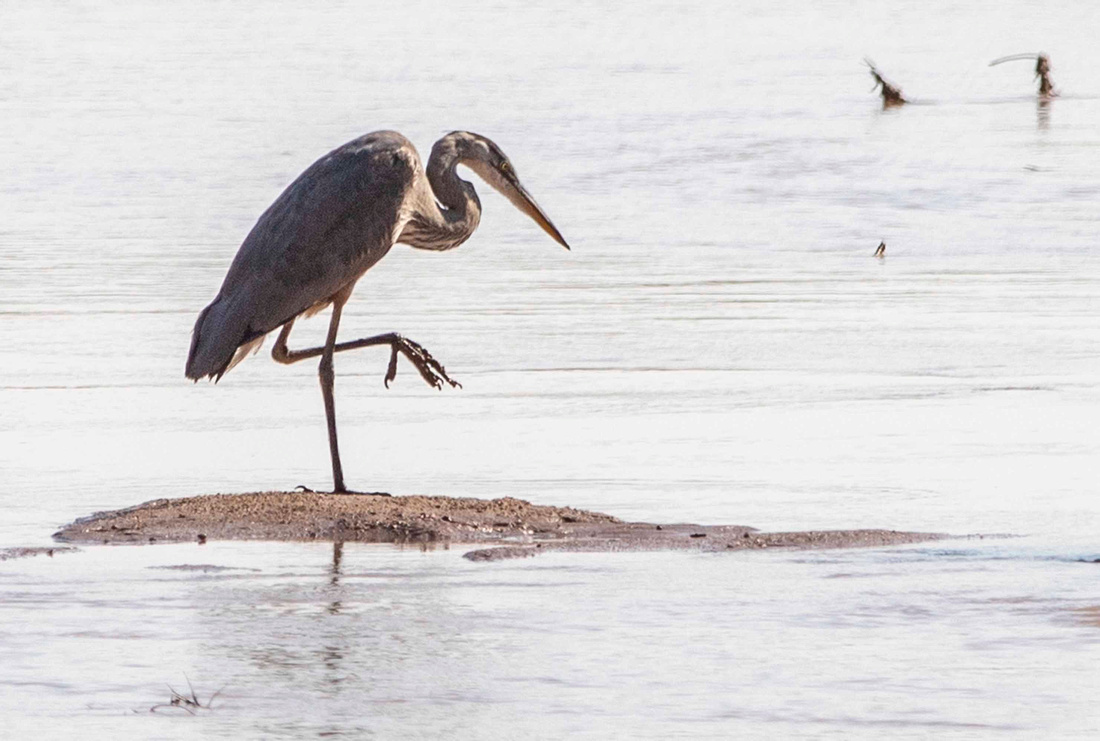 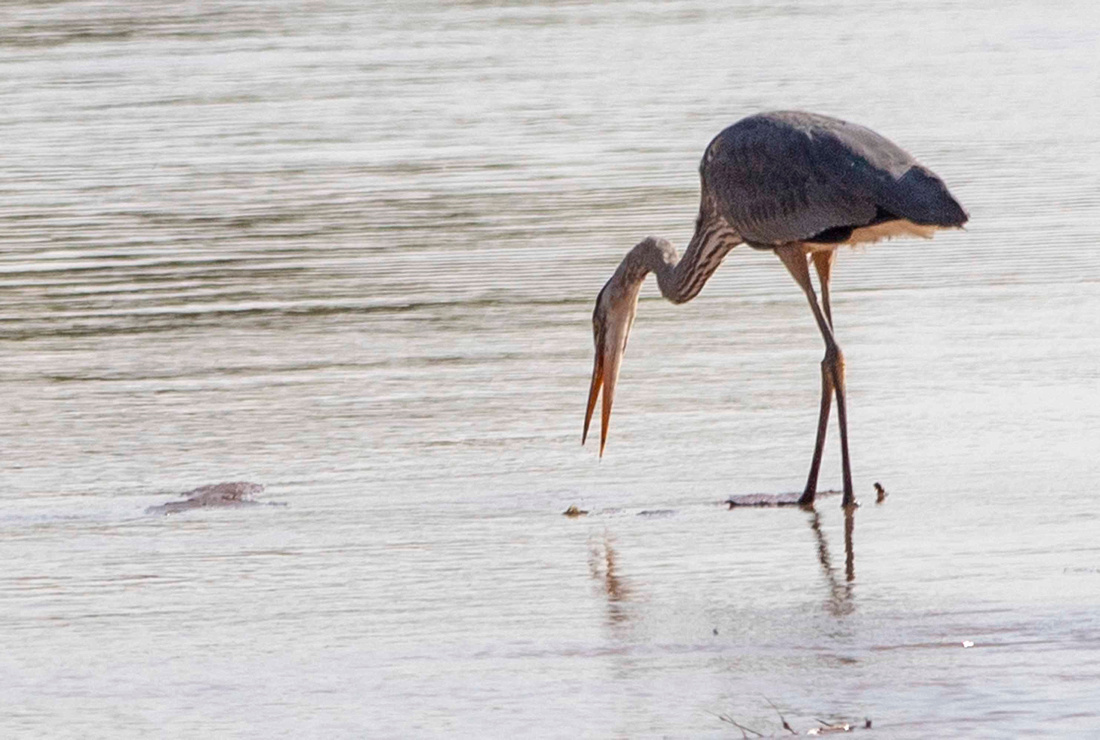 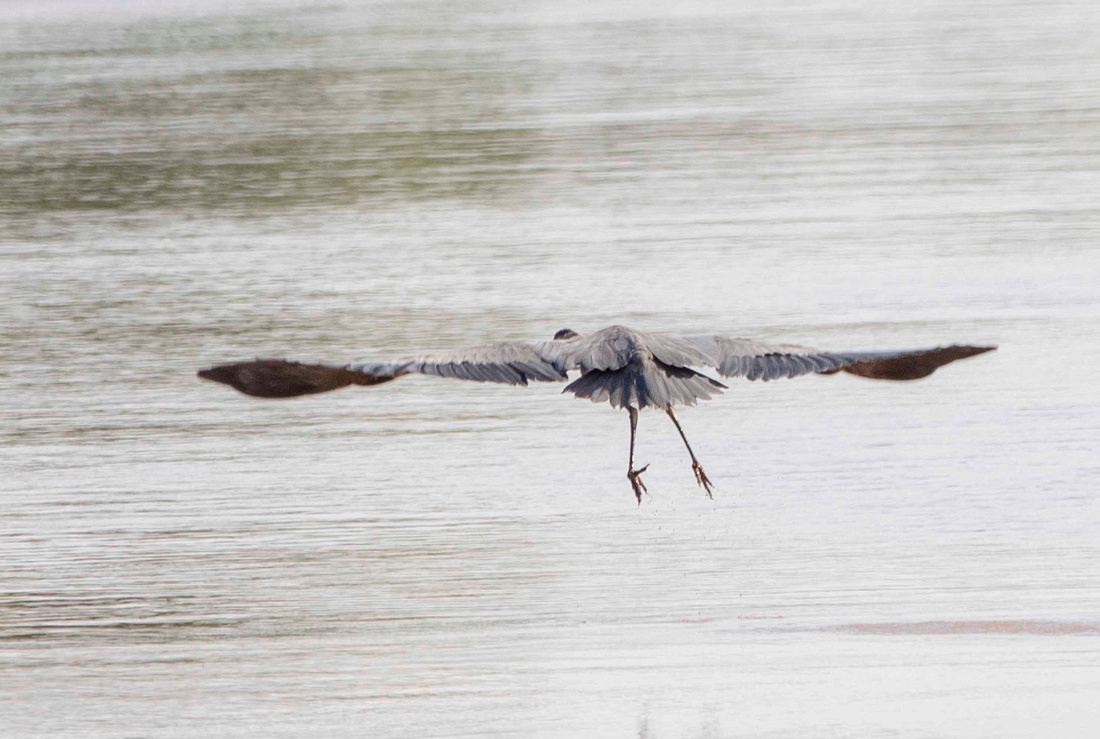 When he got tired of fishing around, he flew across the river and landed on the mud flats on the opposite bank. 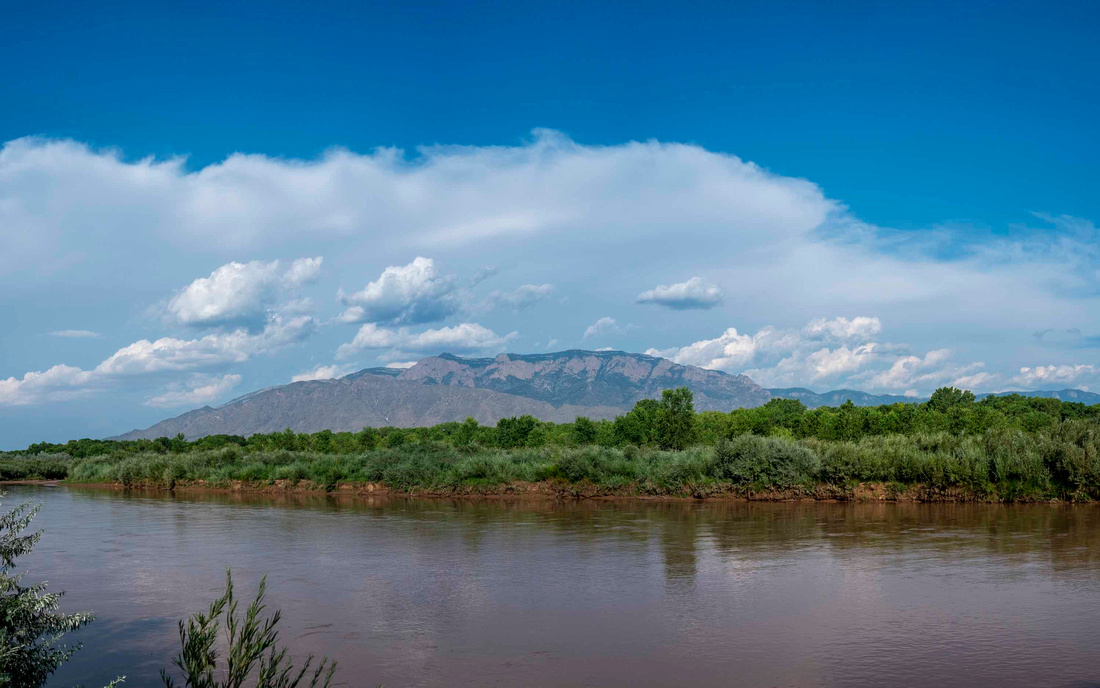 I headed back south and before going back home, I went out to Beaver Point to see if there was any action in the Rio. 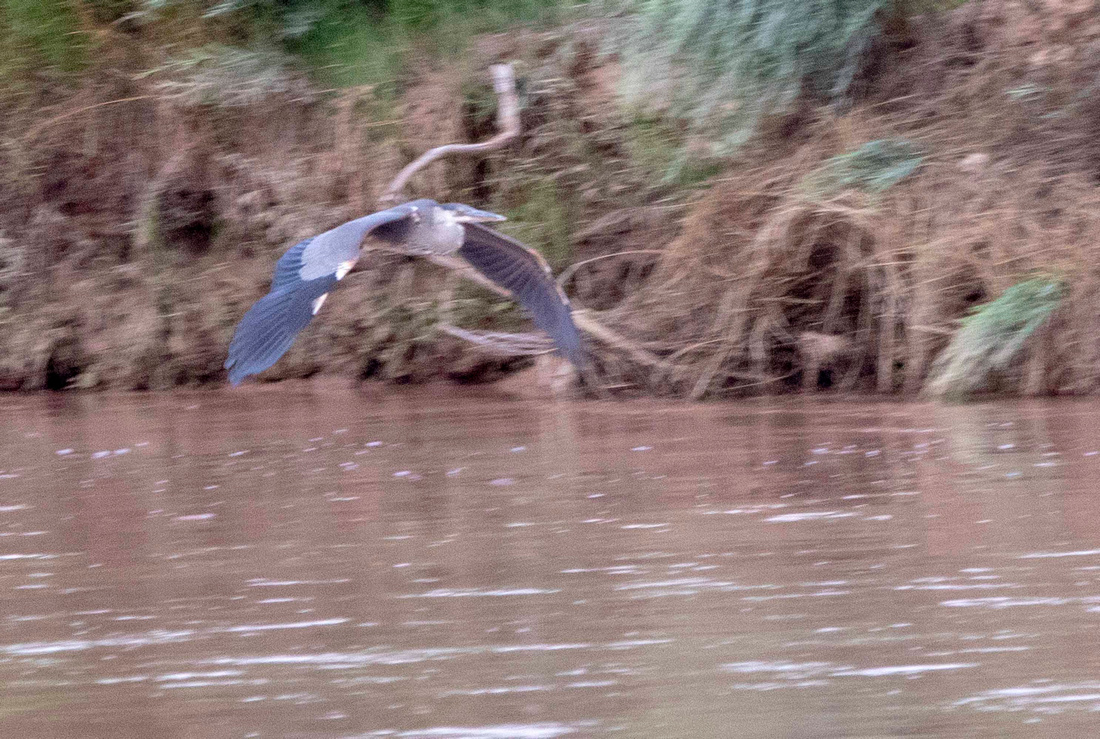 While I was standing the bank, looking at the river, bosque and mountains, Mr pT. flew by heading south. 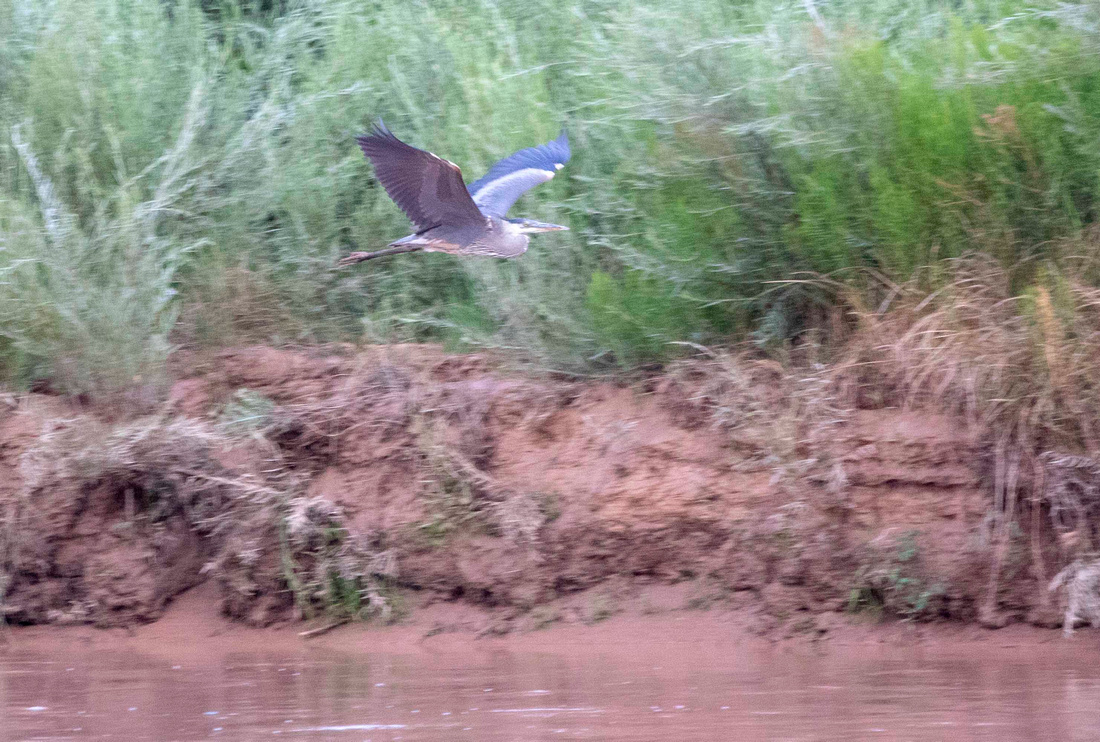 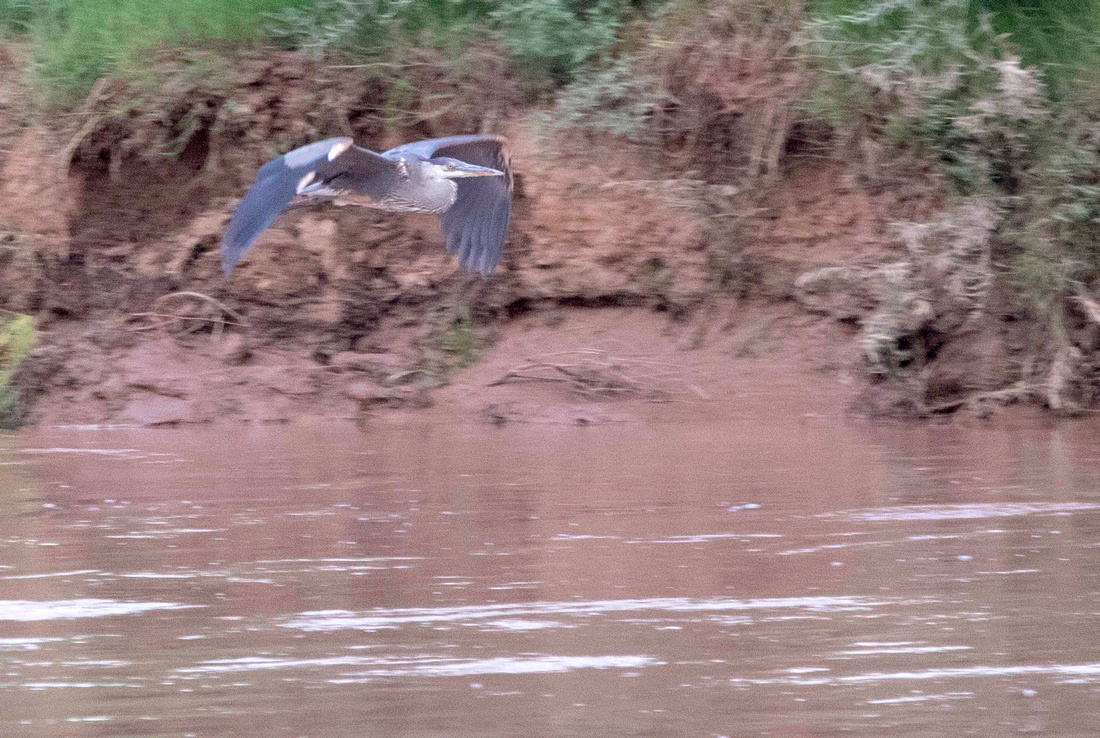 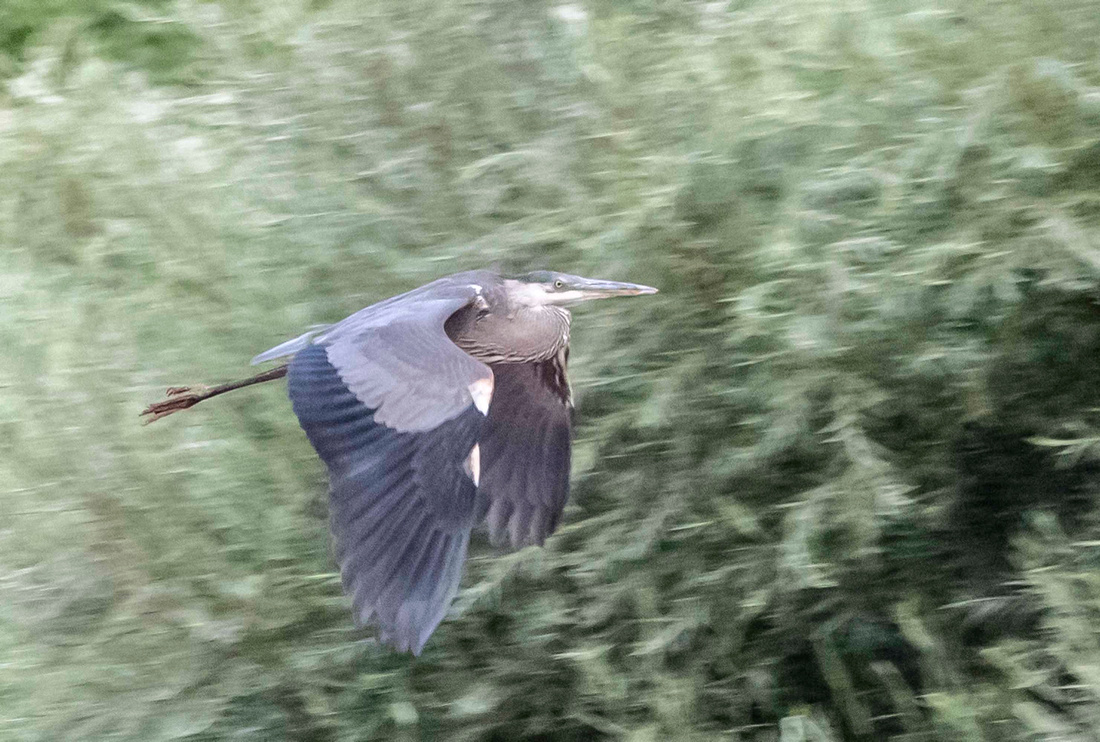 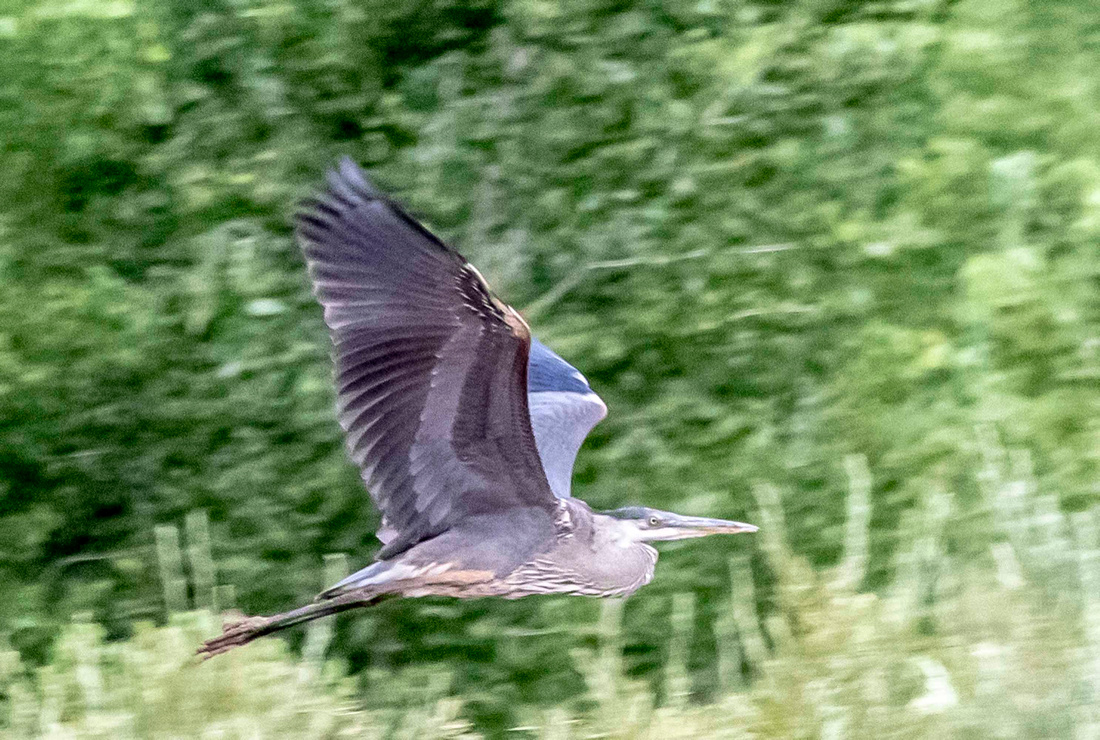 Who's following who, Mr. pT?

T & L Photos
Thanks, Christine.
T & L Photos
Thanks, Lavinia!
Christine E. Robinson(non-registered)
Tim, what awesome photos of Mr. pT. And the surroundings. It does look as if he's posing for you! You have an incredibly beautiful area to photograph! Christine
Lavinia Ross(non-registered)
Those are beautiful photos of Mr. pT , Tim. You have a wonderful variety of wildlife in your area you share with readers.
T & L Photos
Thanks, Herman. Happy you enjoyed it.
No comments posted.
Loading...
Subscribe
RSS
Recent Posts
Last Post on Zenfolio Walk, Run, Splash, Fly A Walk in the Snow We Wish You a Merry Catmas Cranes, Train & A Full Moon on Winter Solstice I Had A Dream Shrink Wrapped Fly Away Fire & Phantasm First Snow on the 2nd
Archive
January February March April May June July August September October November December
Timothy Price
Powered by ZENFOLIO User Agreement
Cancel
Continue