Gone With The Gargoyles 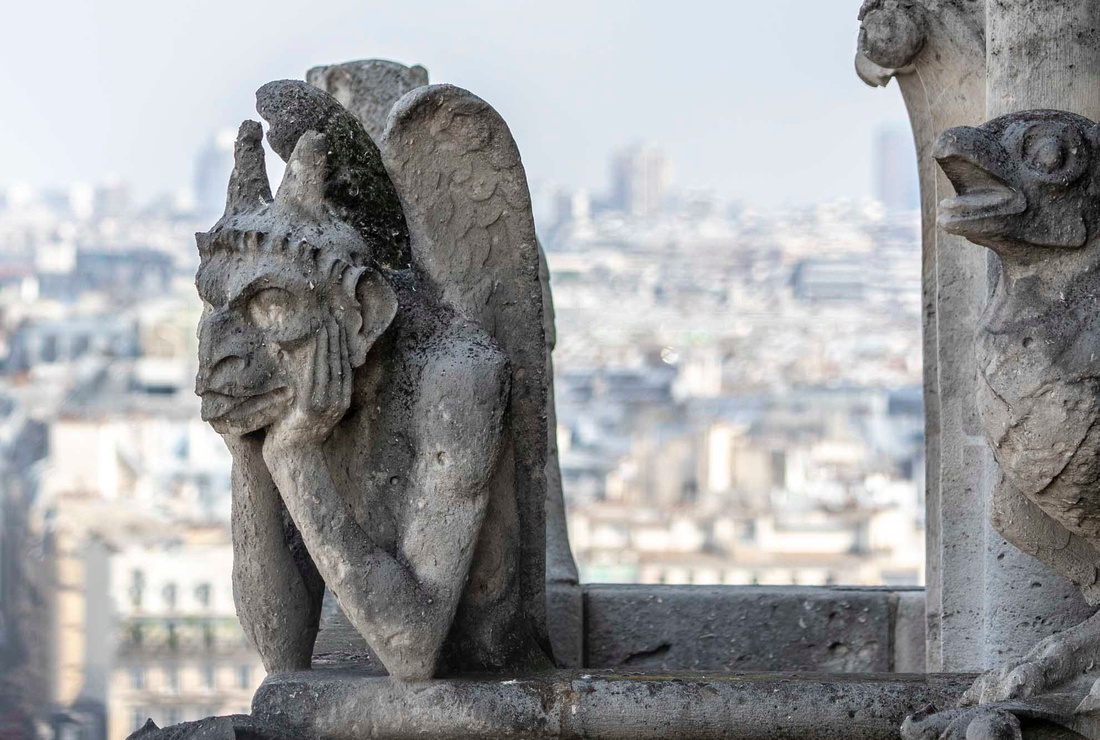 We are leaving to the airport in a few hours, so we my be gone with the gargoyles when you see this post. We got up early Sunday morning and went out to Notre Dame when it opened. No lines, but a steady stream of people came in for mass. After walking around inside for a while after mass, we went out and I attempted to make a reservation to go up in the towers. We've been having a lot of trouble with phones, computers and applications this trip and making a reservation for the towers at Notre Dame was no exception. The mobile app kept giving me errors, so I had to use the reservation kiosk on the sidewalk, and after two attempts I got a confirmation on the screen, but I never received the confirmation text on my phone, which has been pretty standard all week with various apps for museums.

I had made a reservation for 11:40, so we went over to the entrance for the towers at 11:20 and told one of the attendants that I had made reservations, but never got a text. He directed us to another attendant who was staging people, and we explained to him the best we could that I had registered for 11:40, but never received a text, and asked what we should do. He put us in line and told us to wait. When he got all the 11:40 people together, he had us go into the staging area, and we continued on from there.

There was another couple there who apparently were having similar problems with reservations. A man came up and asked me if I spoke English, and if I had a confirmation that looked like what he had on his phone. I told him I had not received a text message. Although, I noticed whatever he had on his phone did not look like what other people had on their phones. He walked up to the attendant who had put us in line, showed him his phone, and appeared to be demanding that the attendant do something. The attendant shooed him out onto the edge of the sidewalk, told him to go away, and then went back to staging people. The man and his wife walked off grumbling. 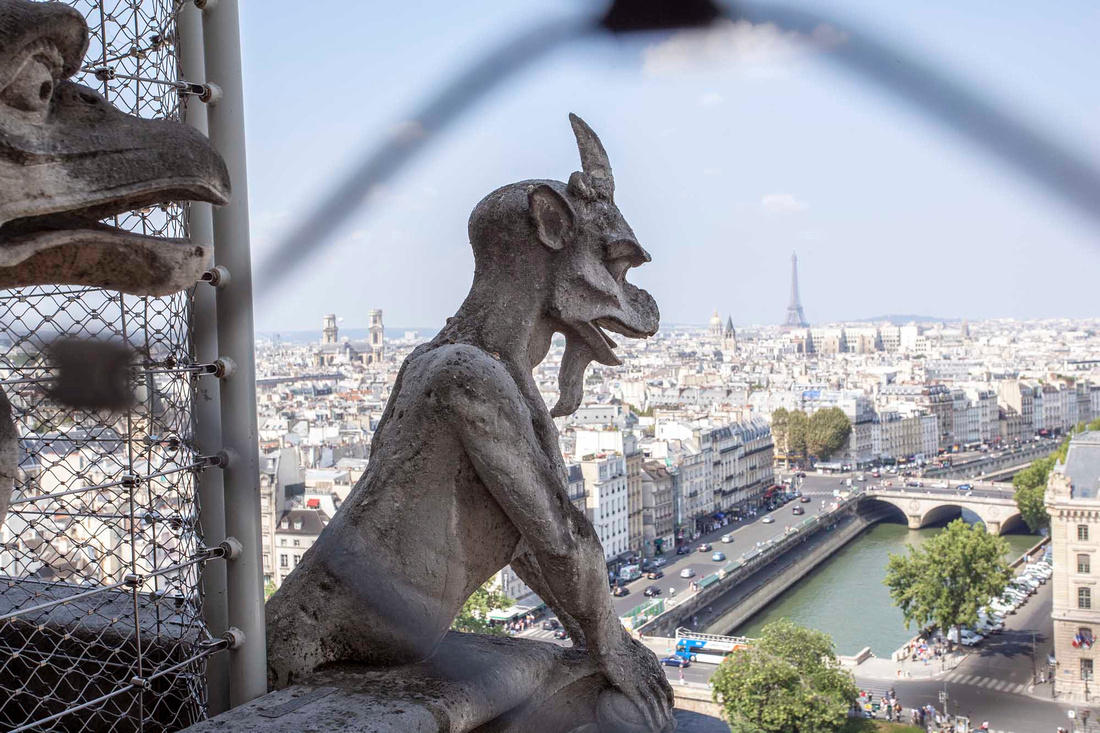 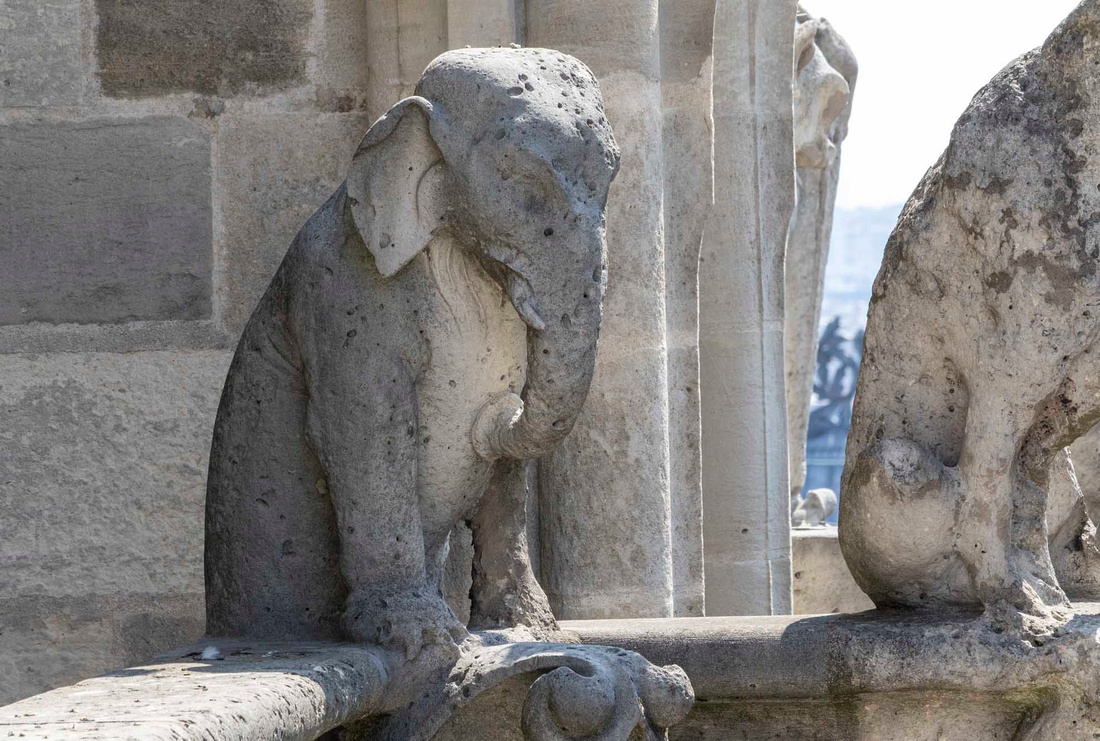 Did you know there is an elephant gargoyle? 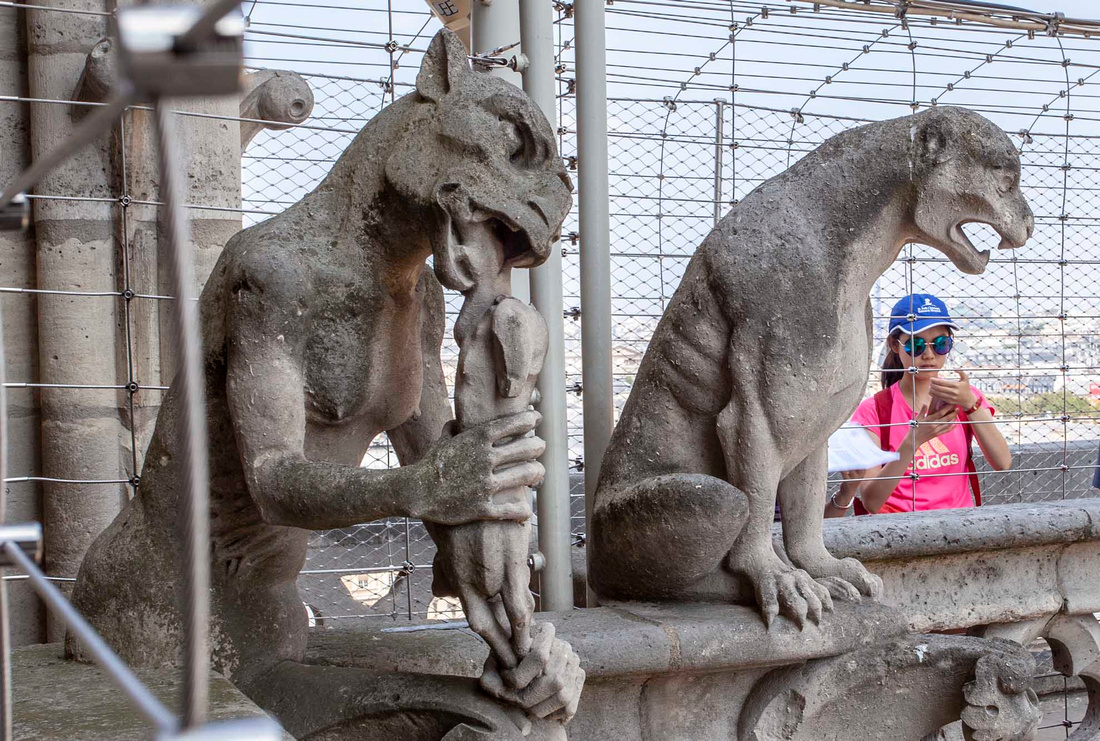 There's even a gargoyle to deal with cranky tourists. 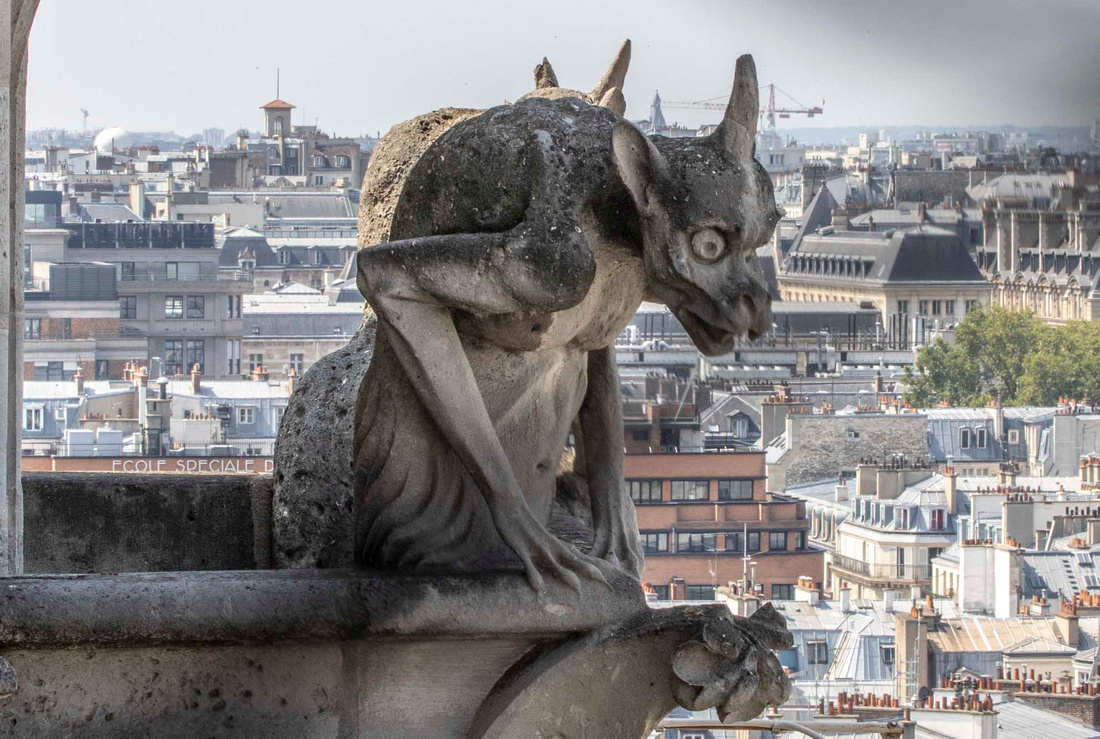 T & L Photos
Thanks, Lavinia. Gargoyles would make good sci fi.
Lavinia Ross(non-registered)
The gargoyles are very interesting, especially the elephant! He looks like he is listening to his own heartbeat with his trunk.

The cranky tourist eater is a good one. Wouldn't that make a good Sci Fi moviewith gargoyles coming alive?
T & L Photos
Hi David. I believe that one of the problems is Laurie's phone has the most recent iOS update and mine doesn't That is the only difference between our phones right now. Her phone worked fine with WIFI in Paris, but we never did get phone service. The minute I walked off the plane in Paris, my phone buzzed with a message from Orange letting me know that I was connected to their network, they were the carrier for T-Mobile customers, and what the terms were on their network. I selected Orange has a provider on Laurie's phone, but her phone never got service. I called T-Mobile and they reset her service, but still no service. Her phone has service now, and everything functions normally now that we are back in the states.
David(non-registered)
Welcome home!

Hope your kitties did well with the enclosure, no escapes. But, it does "seem" the gargoyles were sad to see you and Laurie leave Paris. Going overseas is always a challenge for the technology we carry. Those that come from Europe probably say the same when they come to our side of the Atlantic. A friend of my former BIL said the new phone he bought in Australia for a trip to Europe and here to America, didn't work. It was when we still largely used CDMA technology. His phone was GSM. It should have worked in Europe but didn't. He ended up buying a throwaway phone for Europe and another throwaway for the USA.
T & L Photos
Thanks, Couriers. I don't blame France's technology. Both of our phones gave us different problems, so it seemed to have more to do with the service coverage between T-Mobile USA and Orange France and the phones themselves. Between our patience and flexibility, really nice people in France, and a lot of tech voodoo on my part, we didn't miss anything because of our tech issues.
No comments posted.
Loading...
Subscribe
RSS
Recent Posts
Last Post on Zenfolio Walk, Run, Splash, Fly A Walk in the Snow We Wish You a Merry Catmas Cranes, Train & A Full Moon on Winter Solstice I Had A Dream Shrink Wrapped Fly Away Fire & Phantasm First Snow on the 2nd
Archive
January February March April May June July August September October November December
Timothy Price
Powered by ZENFOLIO User Agreement
Cancel
Continue