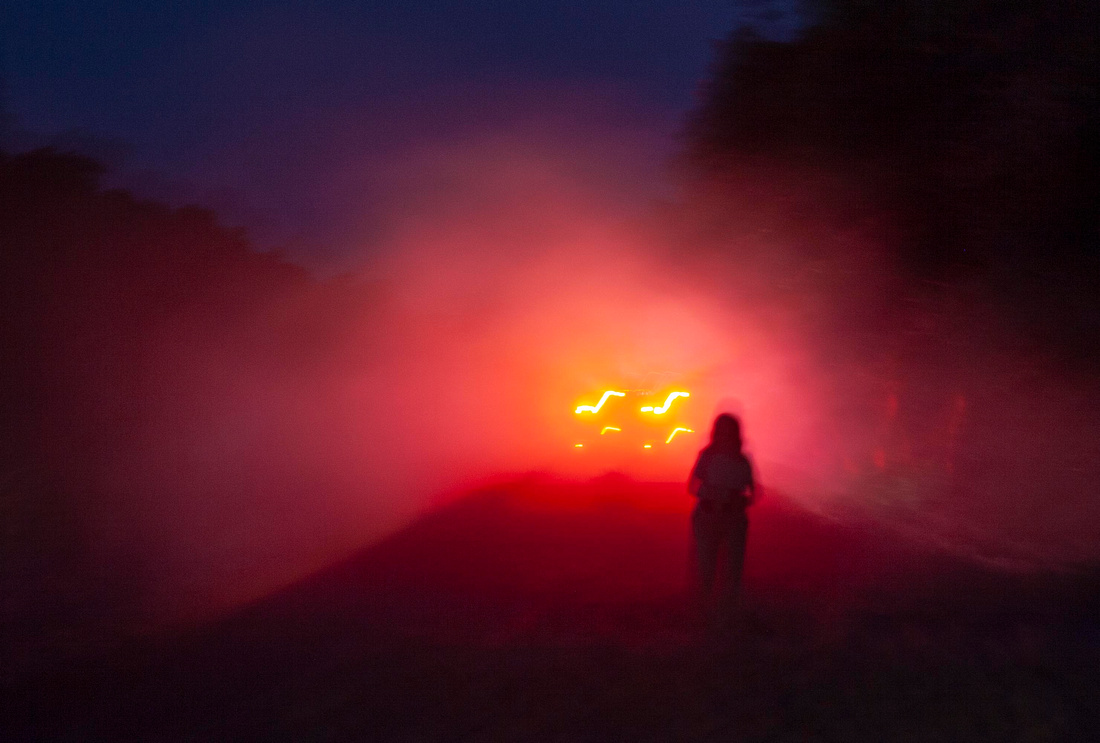 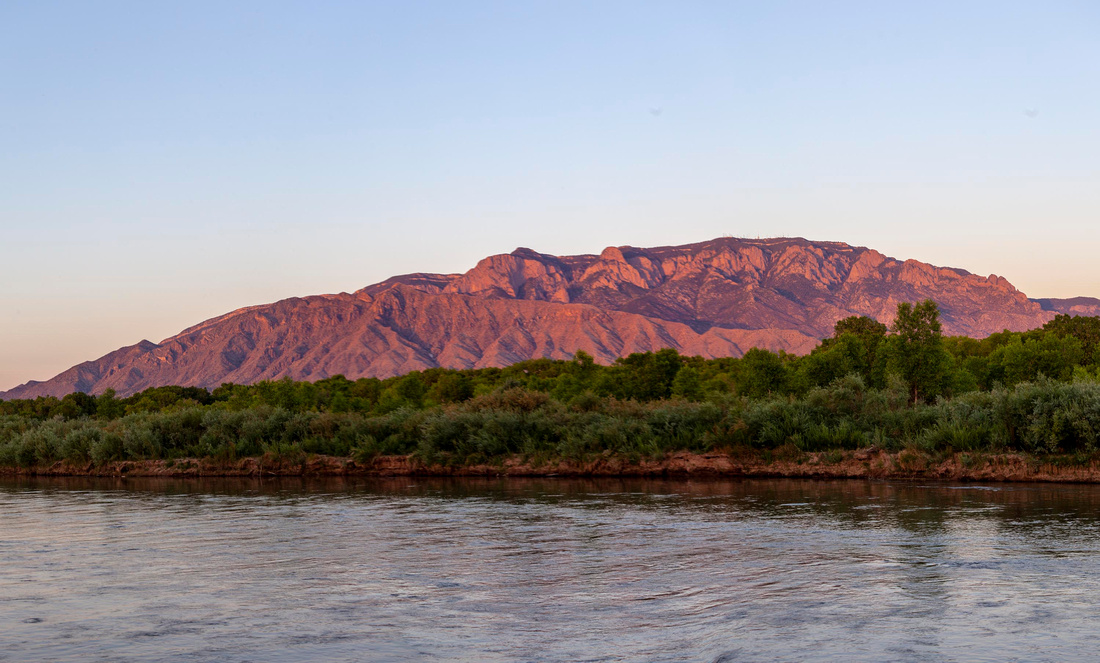 8:18:32 PM: We began our usual evening walk by checking out the sunset colors on the Sandias. 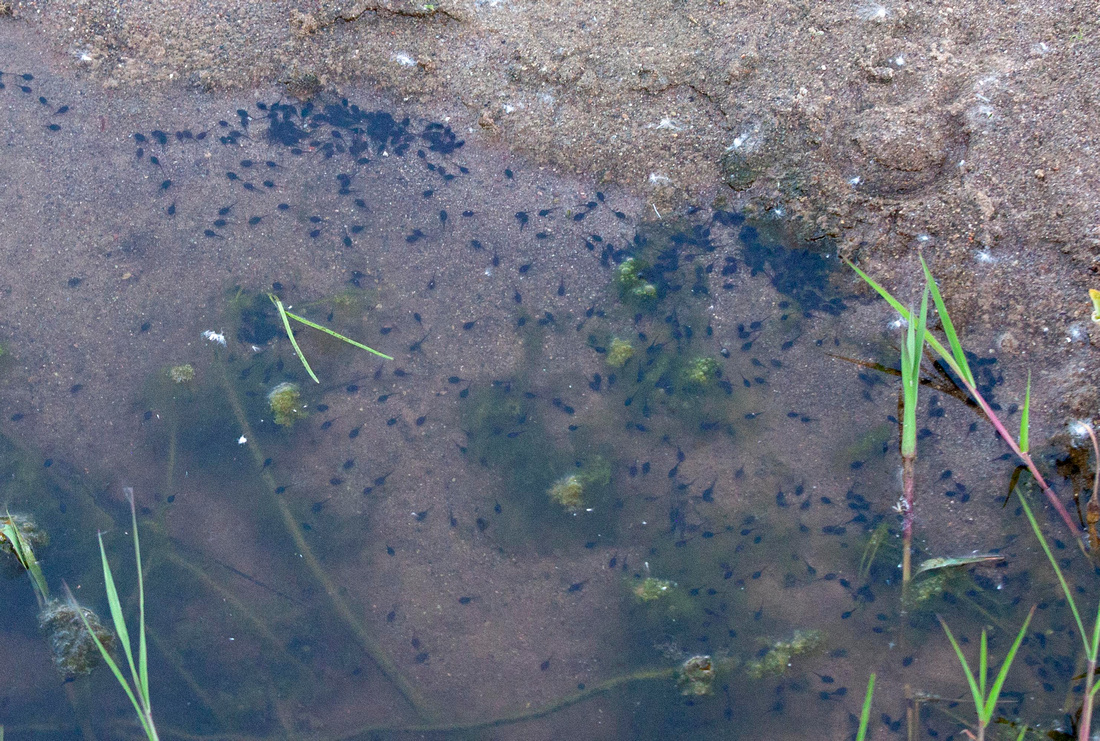 8:27:28 PM: We walked out on the beach to see how the tadpoles were doing. There was lots of talk, yelling back and forth, and laughing from what sounded like a group of young people to the north, who I assumed were having a good time rafting on the river. 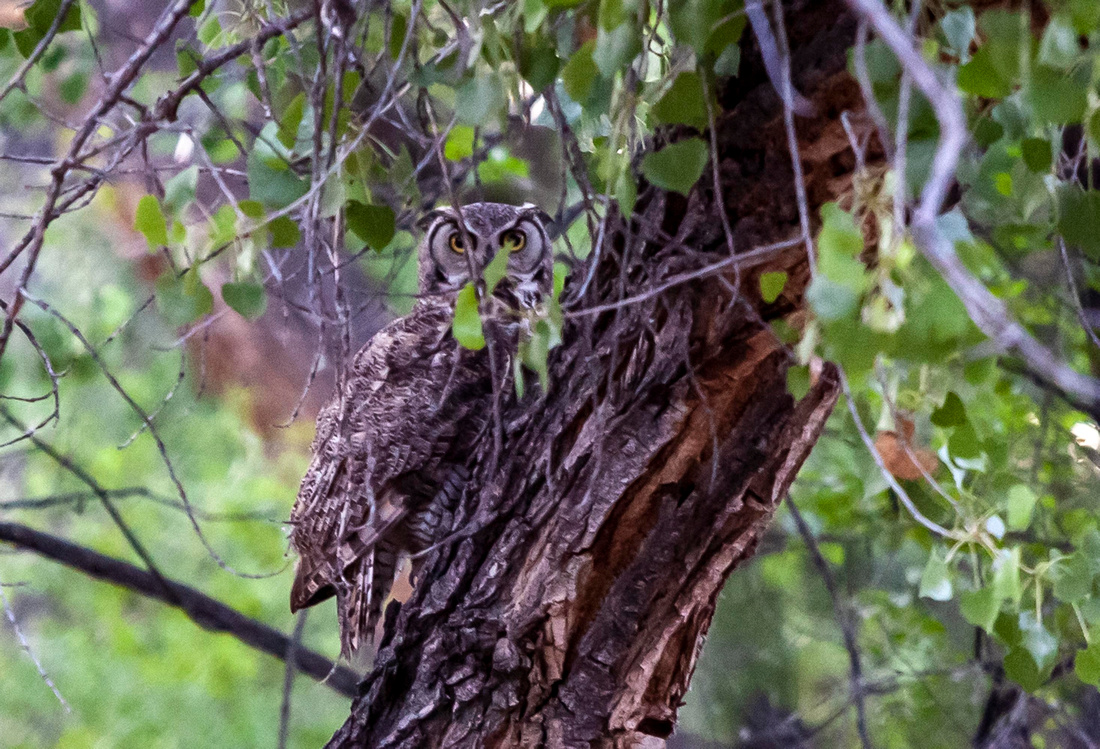 8:33:32 PM: After we started walking north on the trail in the bosque to the point where the new owl family live, New Mama Owl flew by, landed on a nearby cottonwood, and looked like she wanted more photos taken. 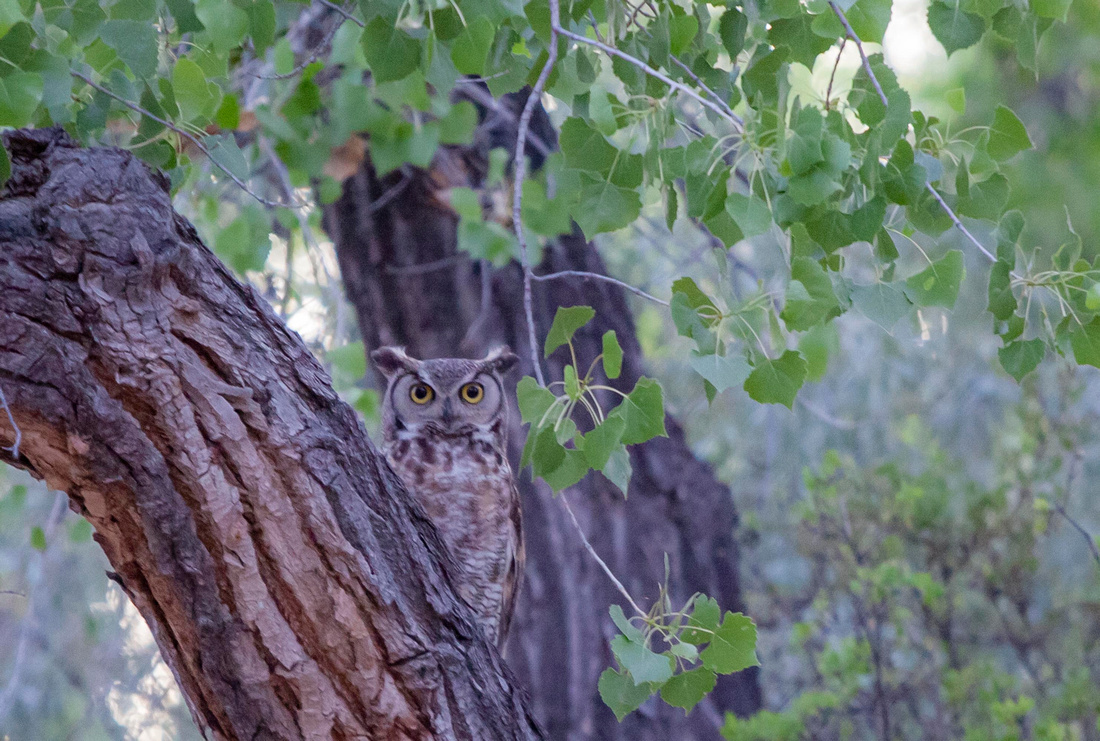 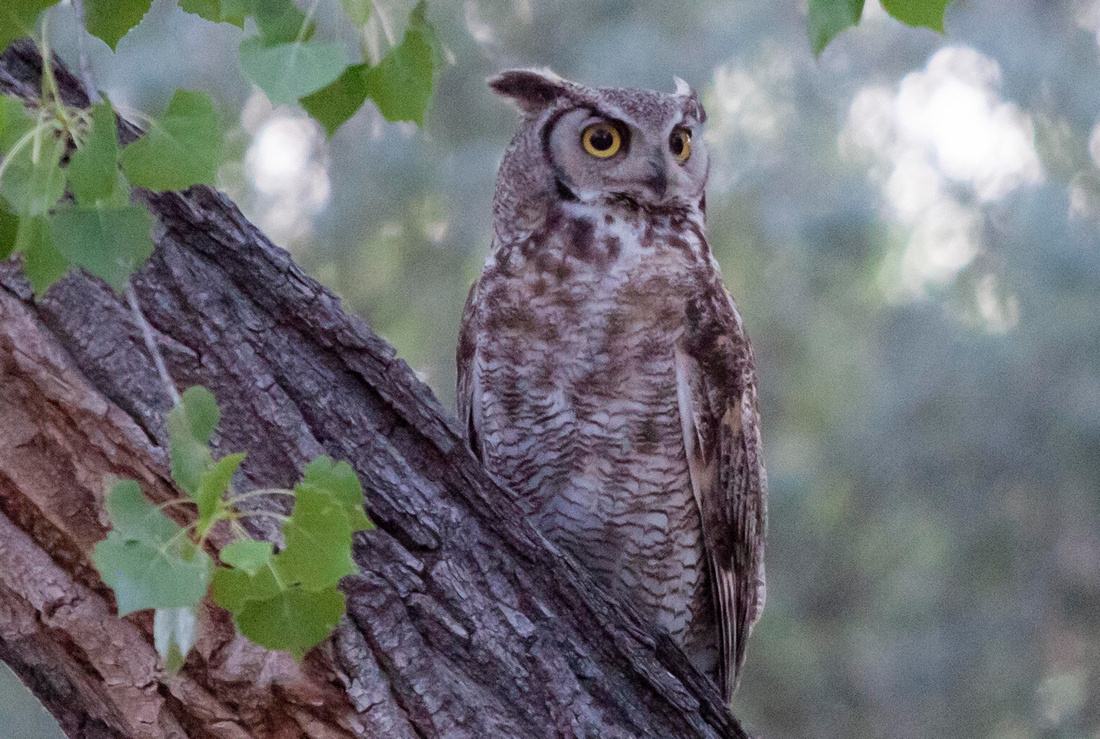 8:34:04 PM: I walked closer to New Mama Owl and she made a nice looking off in the distance pose.

Leaving New Mama Owl behind, we got back on the trail and continued north. We ran into our neighbor Sarah and her friend Susan coming back from checking out New Owl and Sister Owl. We chatted for a few seconds about what the owls were doing, and then we continued on our way. We could hear the group on the river yelling back and forth to each other, but none of us thought anything of it because people are often out rafting on the river, making all kinds of noise. 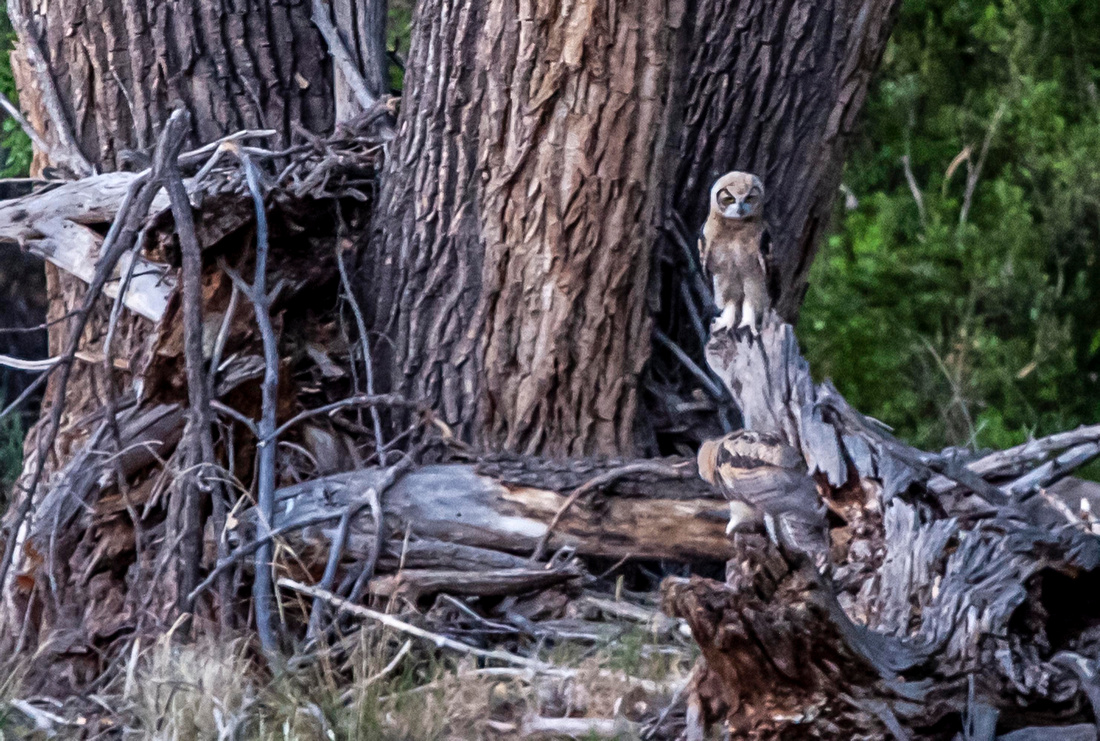 8:40:30 PM: We got up on the top of the bank to find New Owl and Sister Owl bobbing their heads and looking around. Soon they both flew over to the edge of the bank and pounced on some kind of prey they saw moving around in the weeds. I watched them pounce from one place or another for a couple of minutes. 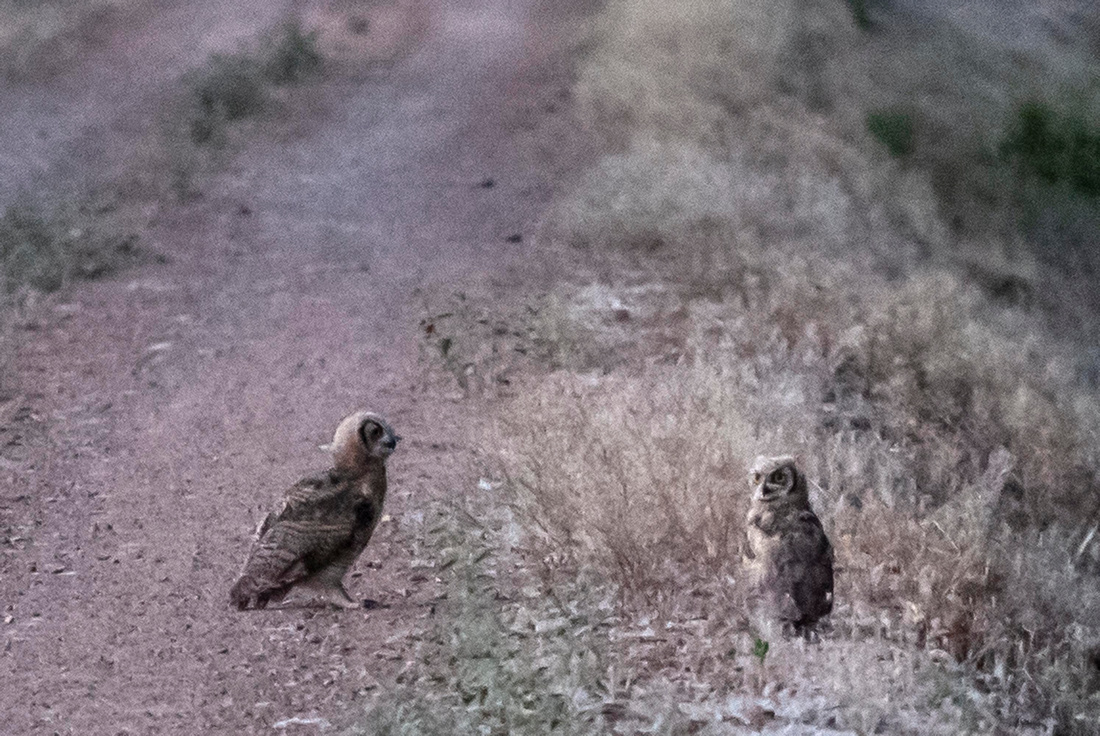 8:42:52 PM: Sister Owl and New Owl on the top of the bank discussing their short hunting activities. 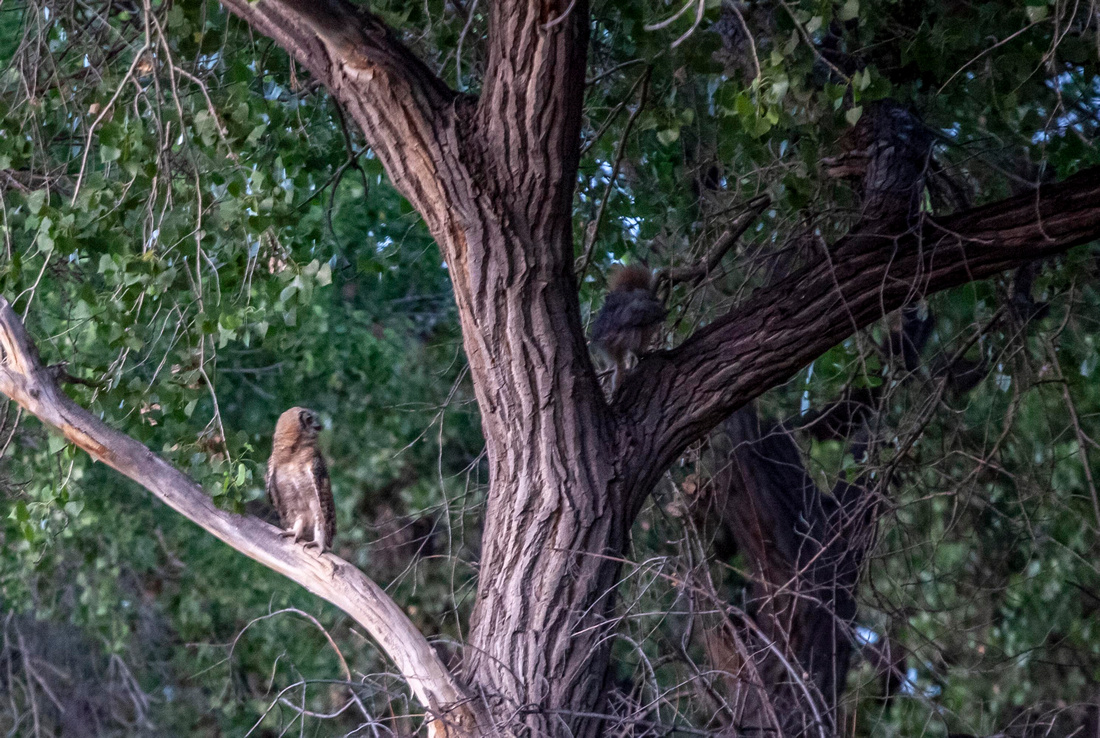 8:45:33 PM: Sister Owl watching New Owl flying into the tree. After that we continued on our walk working on steps, active minutes and stairs that our Fitbits record. While we are walking Rescue 9 and two Corrales Police cars crossed the bridge at Dixon Road, about 3/4 of a mile south of where we were and start driving toward us. They stopped and started again a couple of times until the got about 100 feet from where we were and a group of firefighters and two police officers got out of their vehicles and walked toward us. I asked them what they are looking for, and they said people lost in the bosque. I told them that must be the group we heard on the river directly east of us. 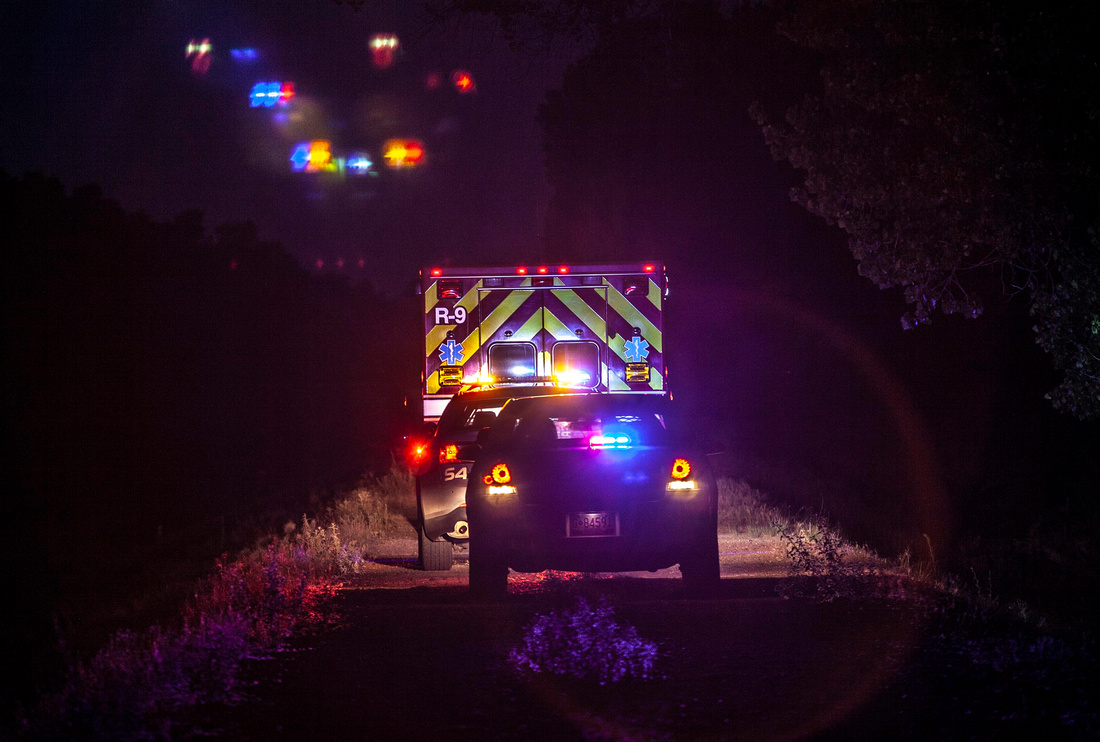 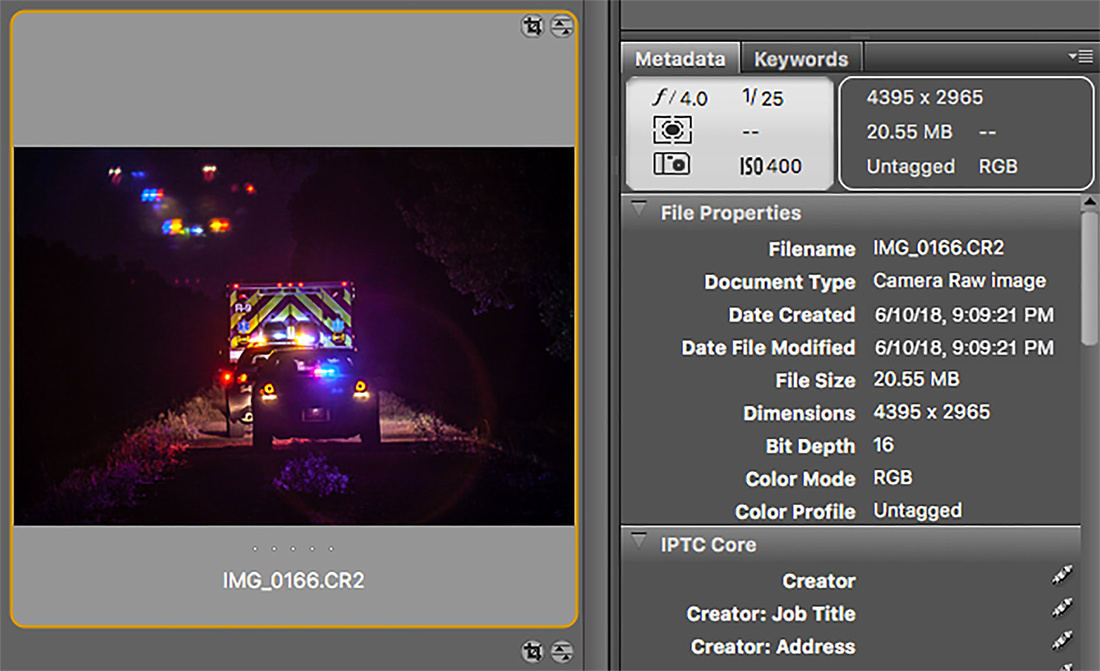 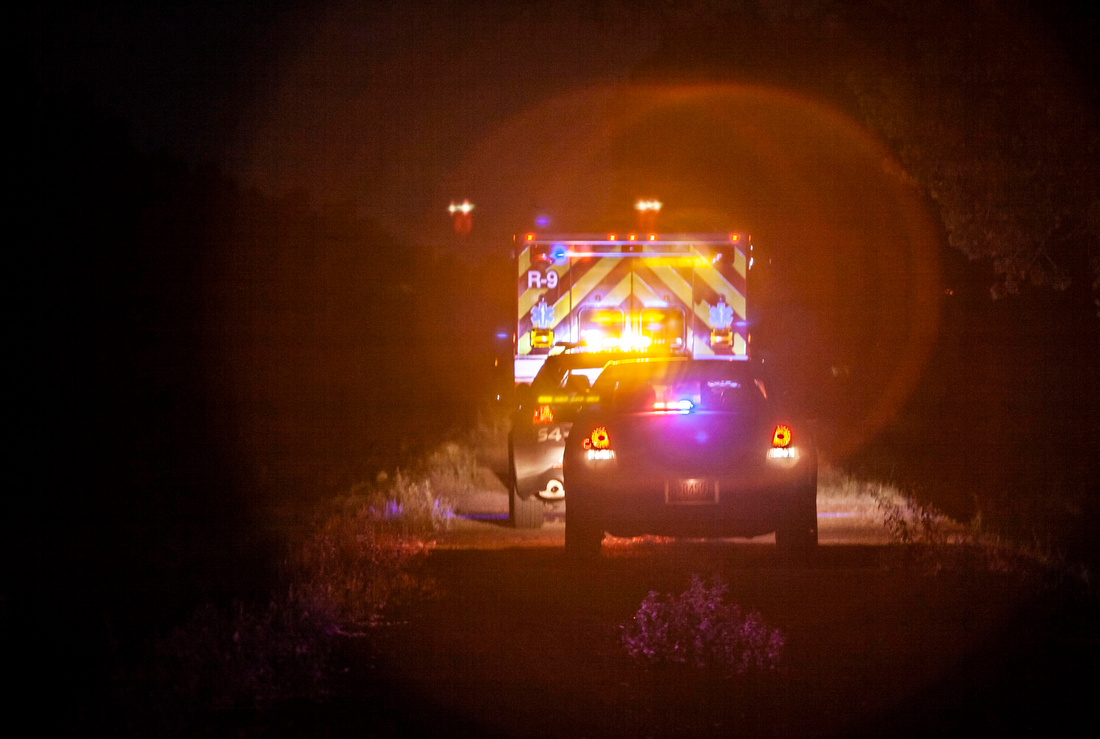 When we got back to the bridge the Fire Marshal was in his truck at the bridge. He said the young people got lost in some of the dense foliage and he thought they might have lost their boat. He asked if we had seen the mile markers he and an Eagle Scout had put up along the river for the rafters. We hadn't, but the lost group had called in the mile marker they were at, which helped the rescuers locate them. By the time we reached his truck, he told us the firefighters and police officers had located all the people in the group. We often see rafters on the Rio Grande, and they usually ask us how far it is to Alameda bridge, or where Dixon Road is. The mile markers are a great idea. The Eagle Scout made the mile markers out of angle iron from old jetties, which is a great use of old jetties.

Of course, all of us who are in the bosque almost everyday can't image how anyone could get lost, especially if they have a phone to call for help. A quick look on Google Maps shows that the levee is at maximum only 100 yards or so from the edge of the river, west through the bosque. The sky was completely clear last night, and the sun was on display for everyone to see all the way to sunset. 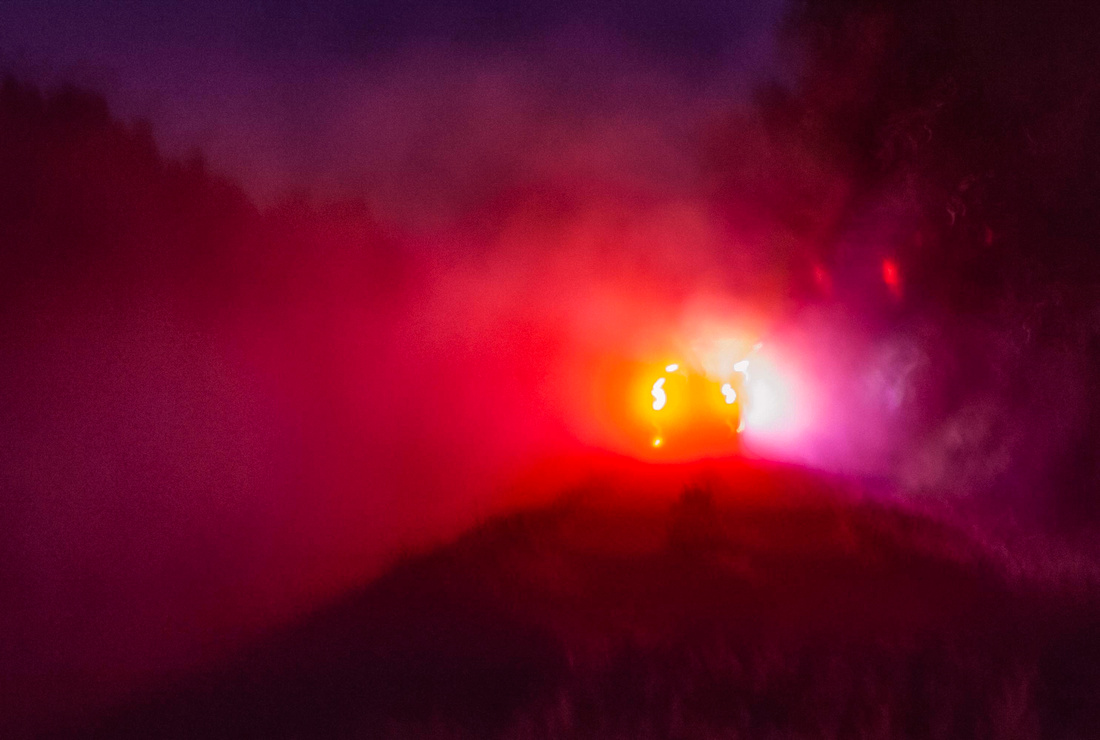 Julie(non-registered)
Gosh it’s all happening out your way! Blue tadpoles, gorgeous owls and missing people. Good to know those folk were found!
T & L Photos
Thanks, Harry!
Harry(non-registered)
It reads like a newspaper so much news here in this blog, I love it :-)
T & L Photos
Hi Lavinia. One of our thermometers showed 105 this afternoon the other was at 99.
Lavinia Ross(non-registered)
You have good rapport with wildlife!

95 degrees already down there? How hot does it get in summer? I've seen it hit 112 here, one year. During August we can have 100+ degree days for long stretches.
No comments posted.
Loading...
Subscribe
RSS
Recent Posts
Last Post on Zenfolio Walk, Run, Splash, Fly A Walk in the Snow We Wish You a Merry Catmas Cranes, Train & A Full Moon on Winter Solstice I Had A Dream Shrink Wrapped Fly Away Fire & Phantasm First Snow on the 2nd
Archive
January February March April May June July August September October November December
Timothy Price
Powered by ZENFOLIO User Agreement
Cancel
Continue