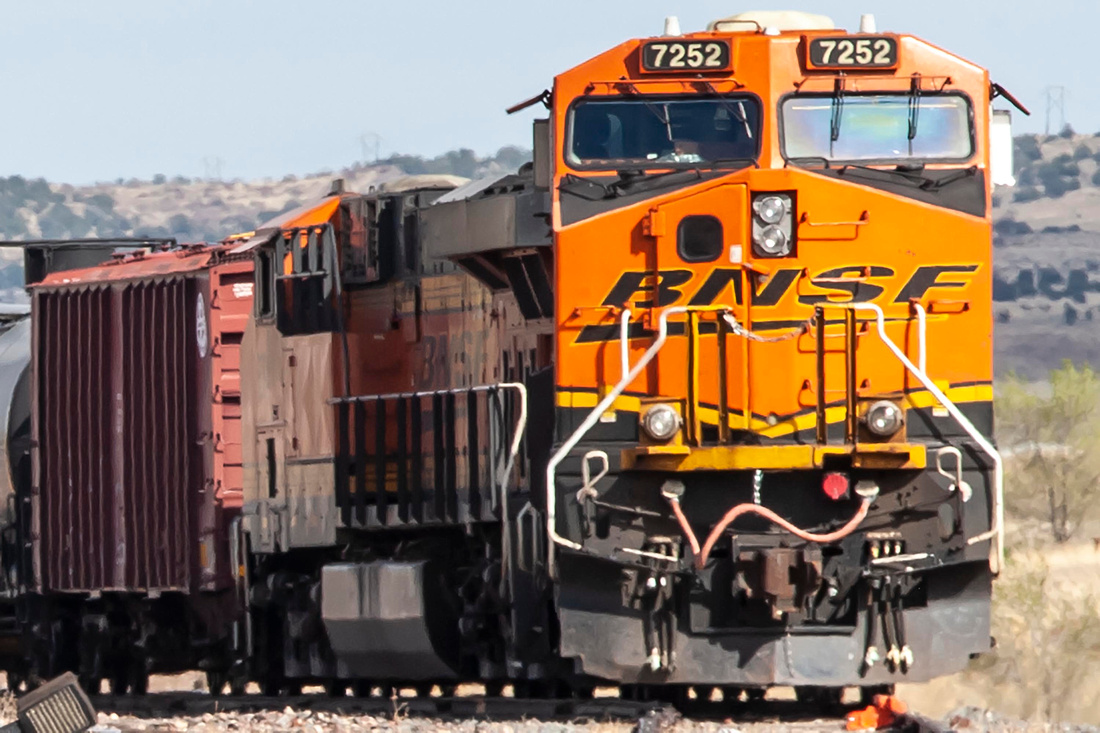 There is "Train Spotting" where you spot a train, photograph it, and mark down the number on the locomotive. In Britain train spotting is often done while one is standing on the platform marking down the numbers on trains that pass through — train spotting in bad weather is thought to be the best way to go about it. Out here in the desert southwest, we get lots of sunshine and wind when we go off train spotting.

Speaking of the British, there is a British movie called "Trainspotting" that came out in 1996. It was rated R "for graphic heroin use and resulting depravity, strong language, sex, nudity and some violence." Apparently some people think it is an incredible movie. I can't say, I never saw it. A sequel called "T2 Trainspotting" came out last year. Twenty years later "T2..." gets an R rating "for drug use, language throughout, strong sexual content, graphic nudity and some violence." I find it especially interesting that part of the R rating is for "language throughout". Is that like a British talkie that goes on and on? I didn't see T2 either.

On the darker side of life, trainspotting is said to be a euphemism for shooting up heroin where a black line forms on the addict's arm at the injection point that looks like a track. Addicts try to "spot" optimum veins with no tracks. A "hit" from heroin is thought to feel the same as the impact from a locomotive. I don't want to experience either.

Then there is "trainspotting" as the act of looking over DJs' shoulders to see what records they are playing.

T & L Photos
Thanks, Julie. I'm so bad about watching movies, that I don't know who most of the stars are.
Julie(non-registered)
Hey Tim.. top shot! There was a great lineup of actors in train spotting. I suspect that it may we’ll have been one of Ewan McGregors first big films ..
T & L Photos
Thanks, Couriers. I can imagine the TS deserved the rating, and the sequel as well.
Animalcouriers(non-registered)
Trainspotting, the first movie, is very good but deserved it's R rating ;-) Think your way of going about it is much more attractive.
T & L Photos
Thanks, Harry!
No comments posted.
Loading...
Subscribe
RSS
Recent Posts
Last Post on Zenfolio Walk, Run, Splash, Fly A Walk in the Snow We Wish You a Merry Catmas Cranes, Train & A Full Moon on Winter Solstice I Had A Dream Shrink Wrapped Fly Away Fire & Phantasm First Snow on the 2nd
Archive
January February March April May June July August September October November December
Timothy Price
Powered by ZENFOLIO User Agreement
Cancel
Continue