We spent Easter Sunday doing various chores, feeding the snake, and working on papers and presentations.  Between the various happenings, I took a break to lounge with Lola. 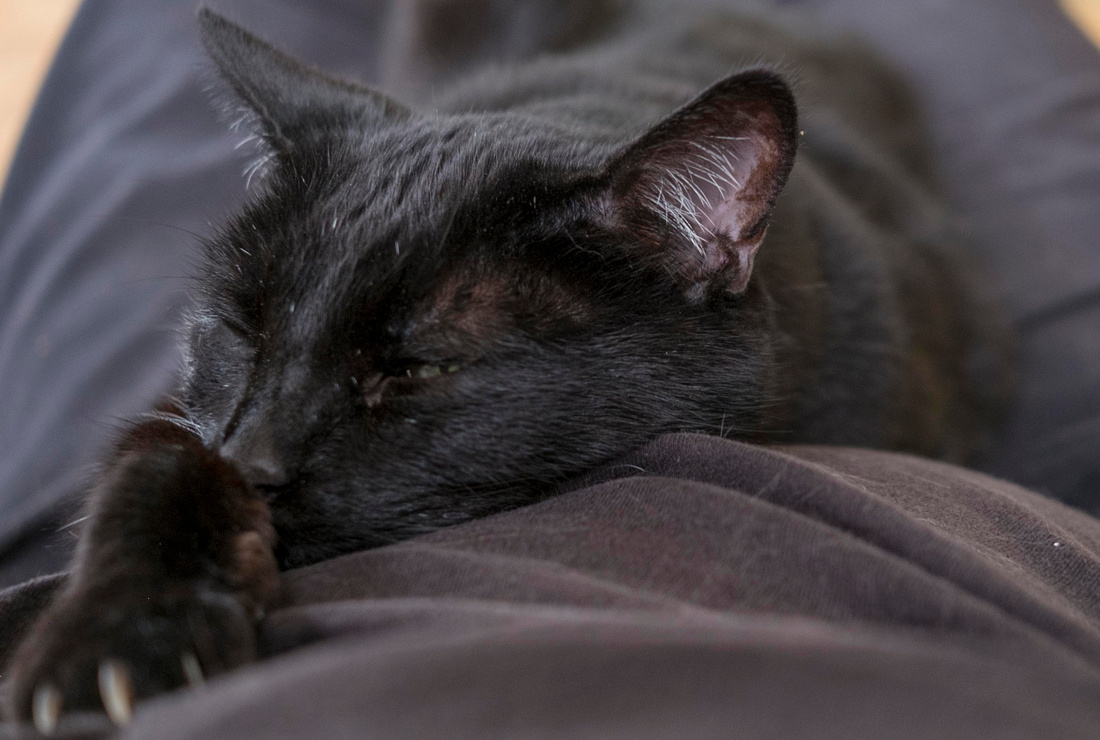 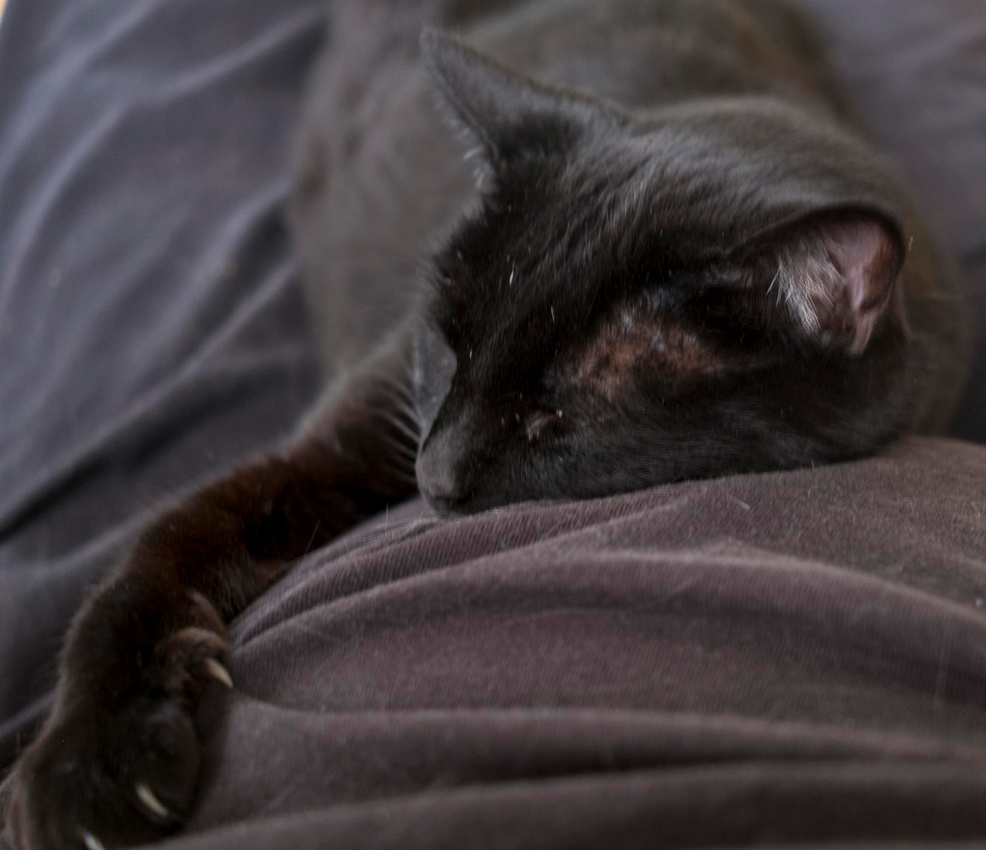 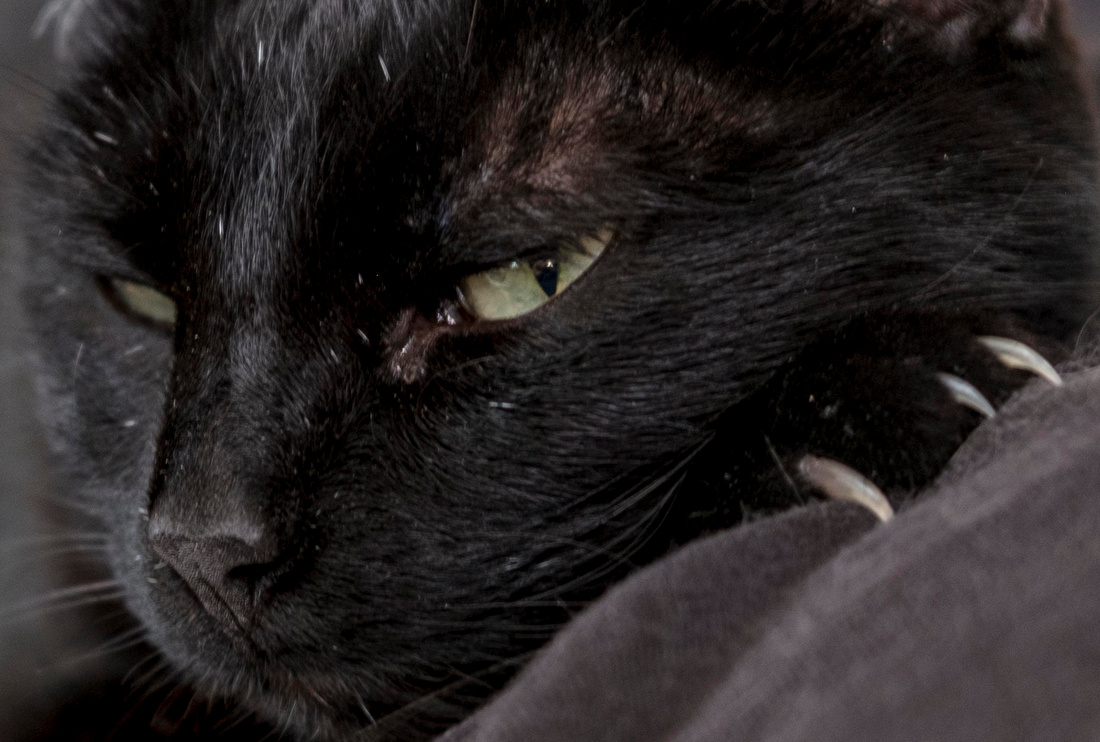 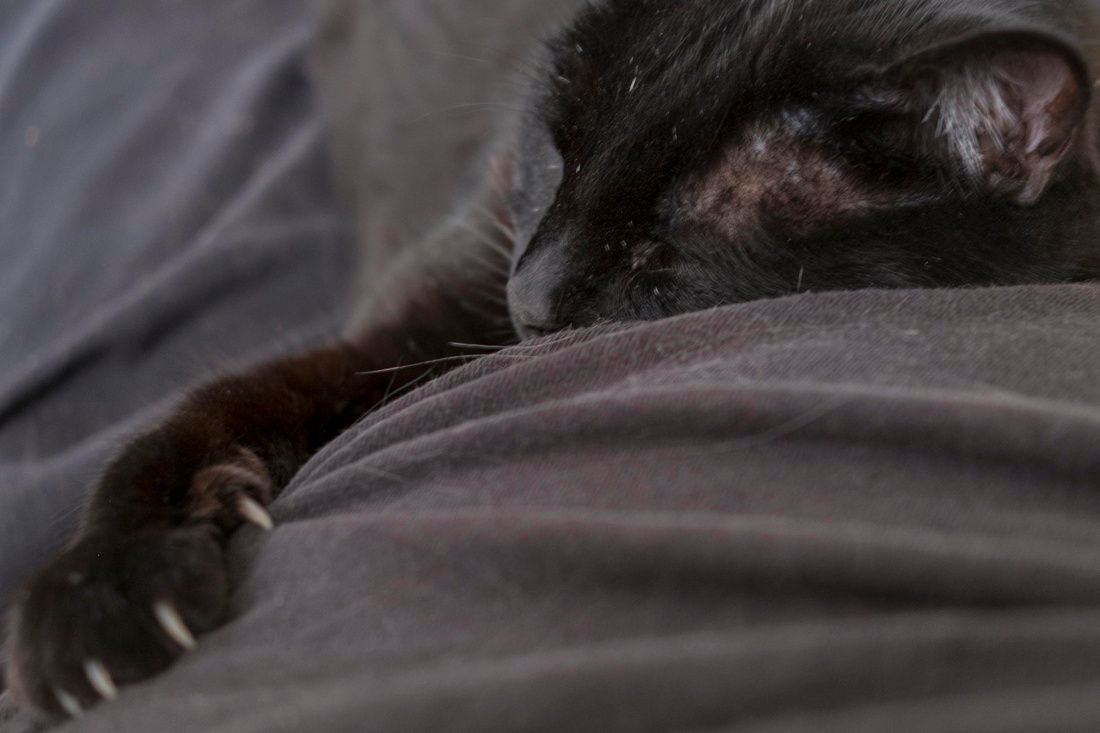 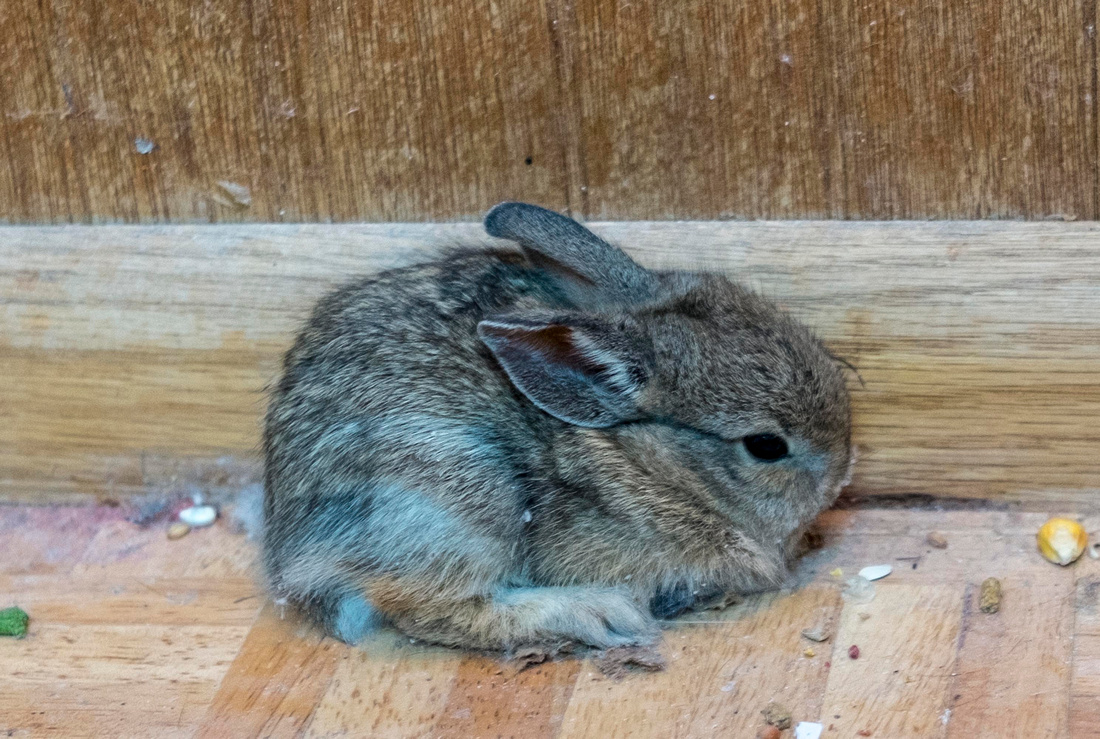 We ended up with a little Easter bunny to celebrate Easter

Last night about 10:00 pm, I went out to find Loki. He was laying in some grass with something next to him. As I got closer I saw it was a little bunny lying against Loki. Loki moved back when I walked up, and the bunny hopped up to Loki and tried the snuggle up against him again. I picked up Loki and took him inside, and Laurie went back out with me to check out the bunny. The bunny didn't seem injured, and it tried to snuggle up to Laurie's fuzzy slippers. I got a tall box, we put grass in it, put the bunny in the box, and put the box with the bunny in the bird room for the night. In the morning the bunny had jumped out of the box, and was hiding under a rolling file drawer. I moved the file drawer and photographed the bunny before we got him back in the box. We took him outside and I got one photo of him before he hopped off to safety in a large pile of branches. 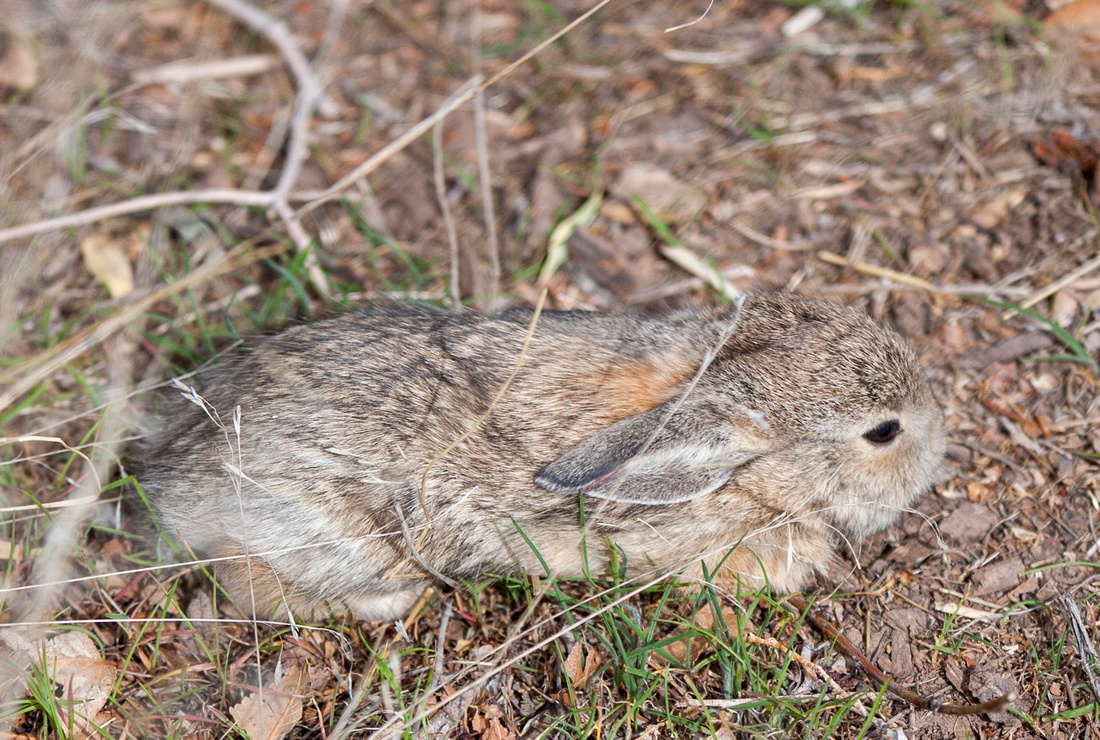 After I coxed him out of the box, he hesitated long enough for me to get one shot before he hopped into a pile of branches. 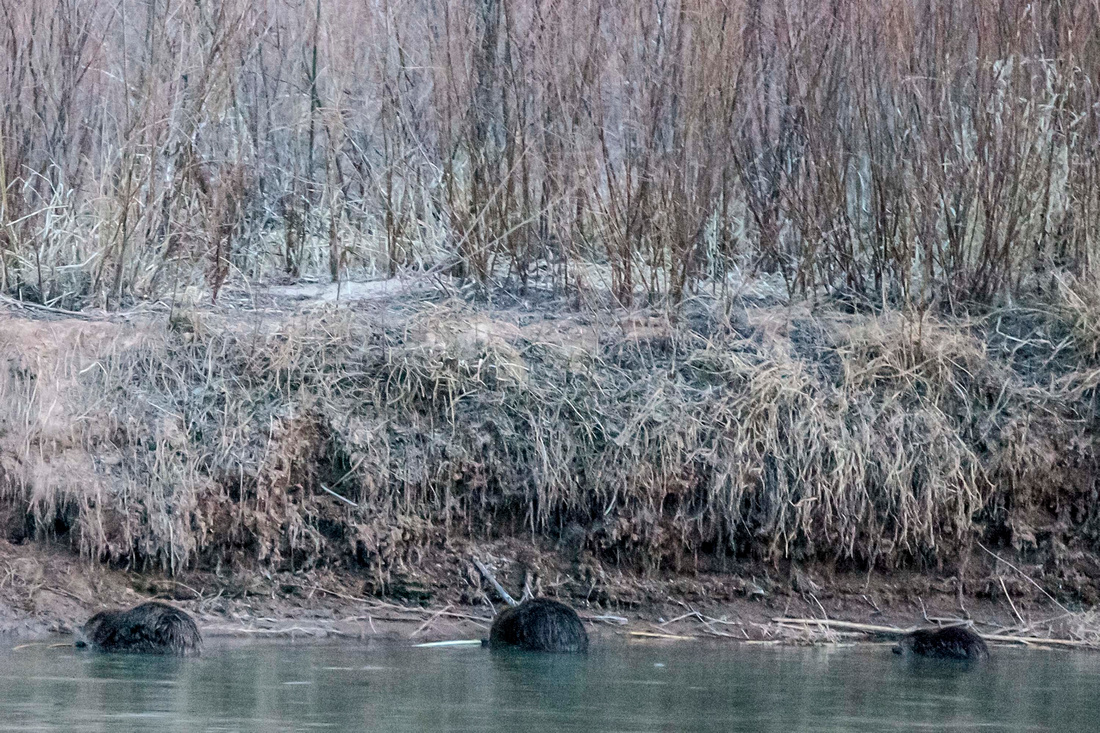 We went out on a walk after sundown, and this time there were three beavers on the opposite bank of the river munching on willow branches.