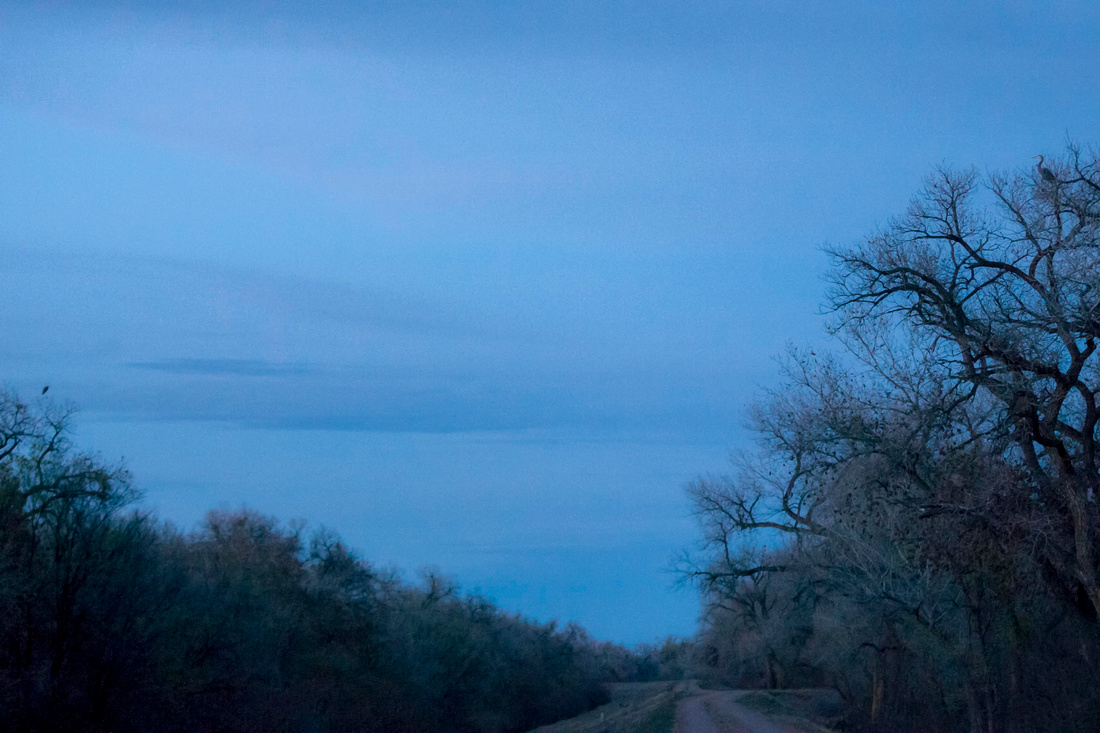 Two pterodactyls in treetops on opposite sides of the clearwater ditch.

We were out walking on the levee long after sunset when I spotted two pterodactyls in the treetops. There was a third pterodactyl, but it flew down into the ditch where it was too dark to see it. Since pterodactyls are usually solitary, we're thinking it must be breeding season. 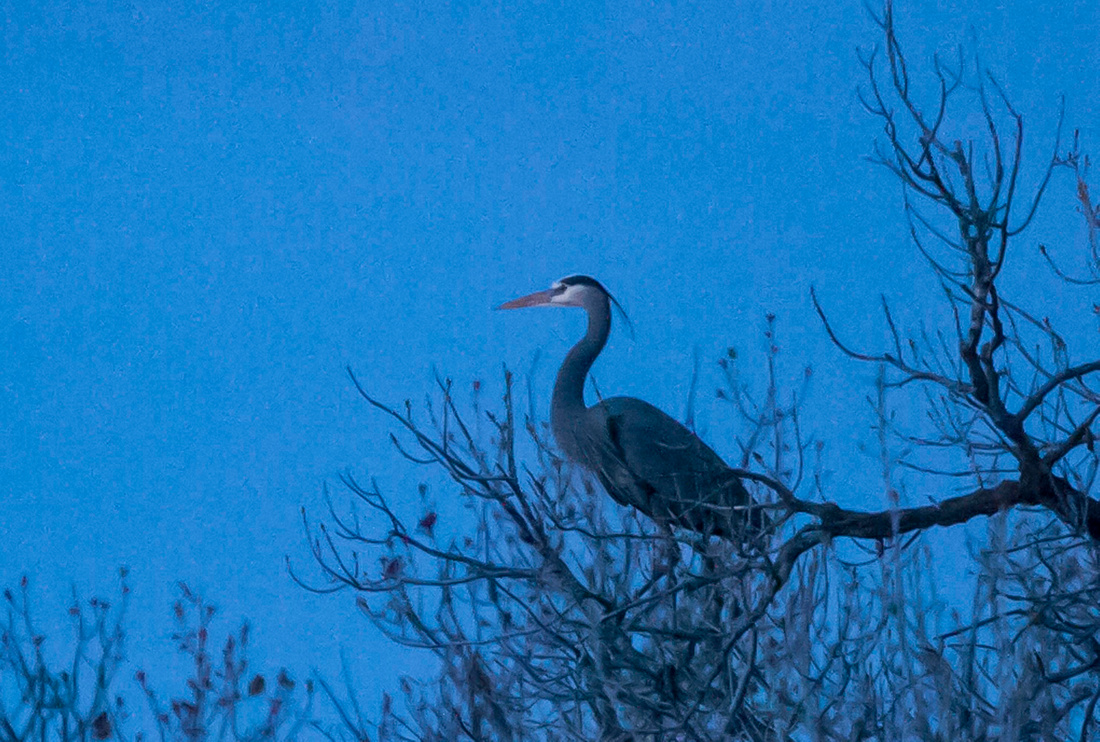 I got fairly close to this one before it flew. 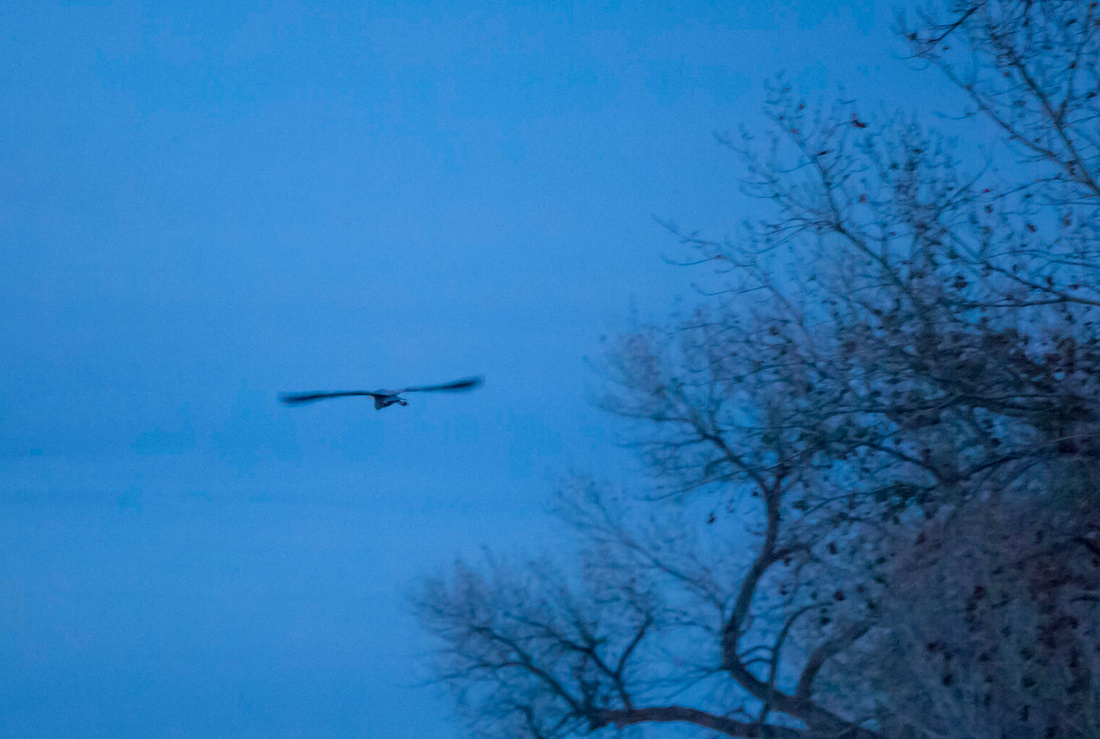 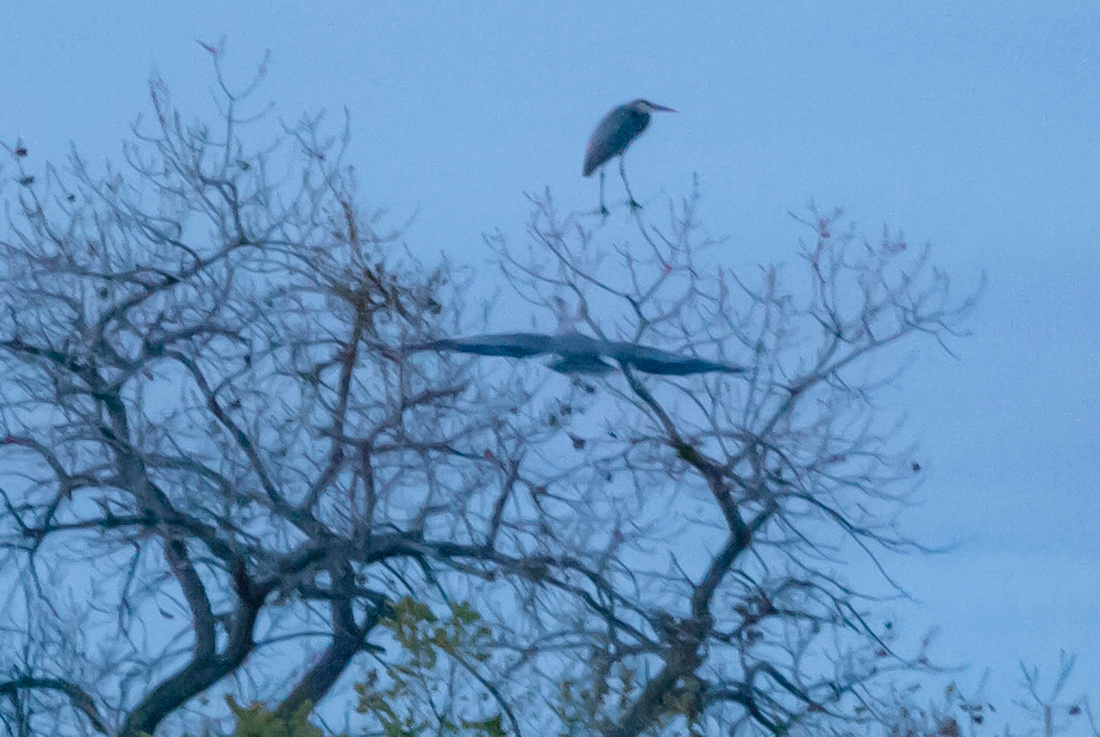 It flew across the ditch to the tree the other pterodactyl was in. 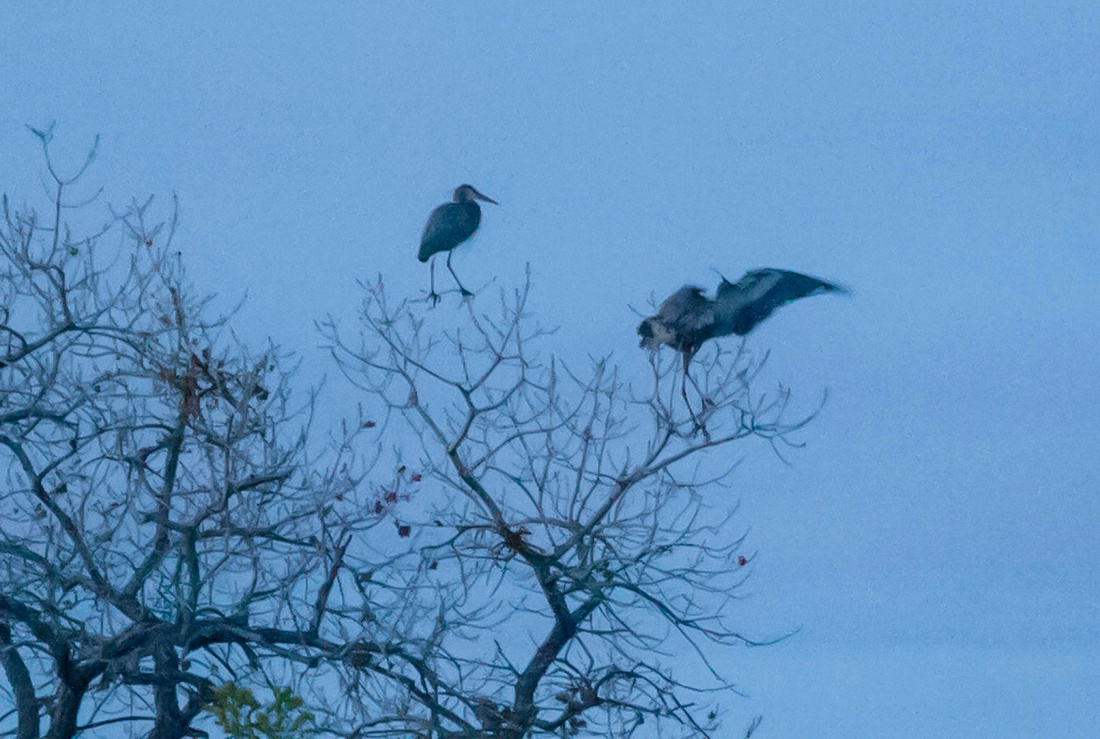 They must be very lightweight as they perch on very thin, flimsy branches. 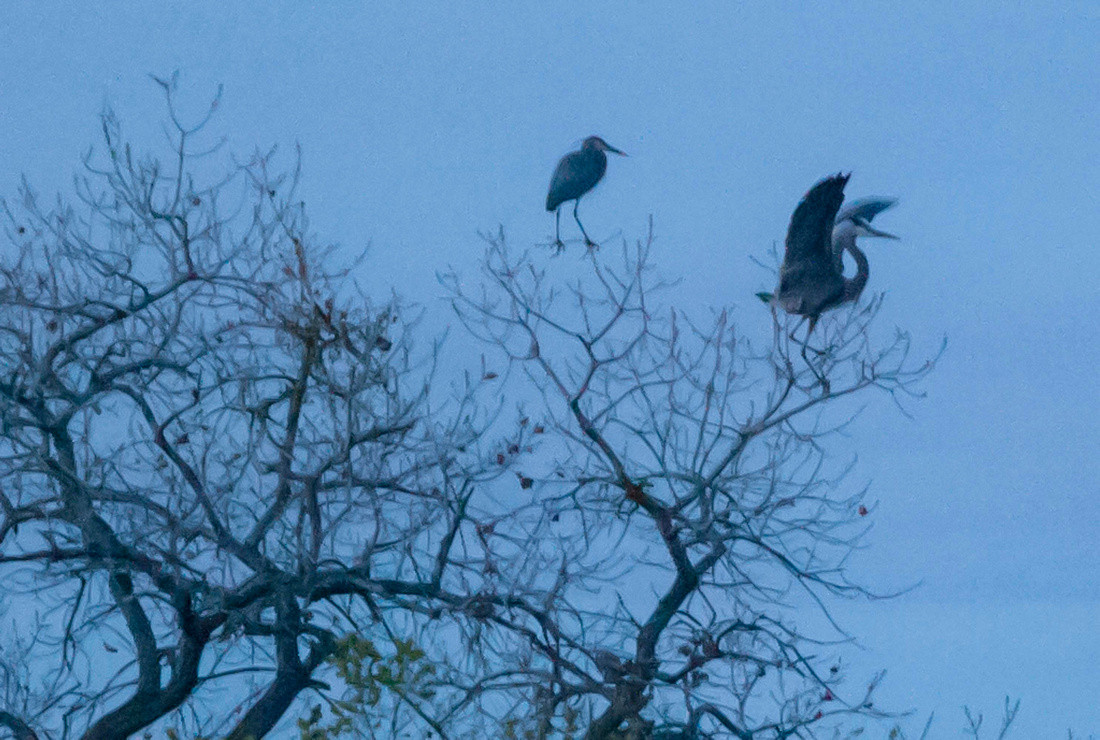 Looking very dragon-like as it settles on the branches. 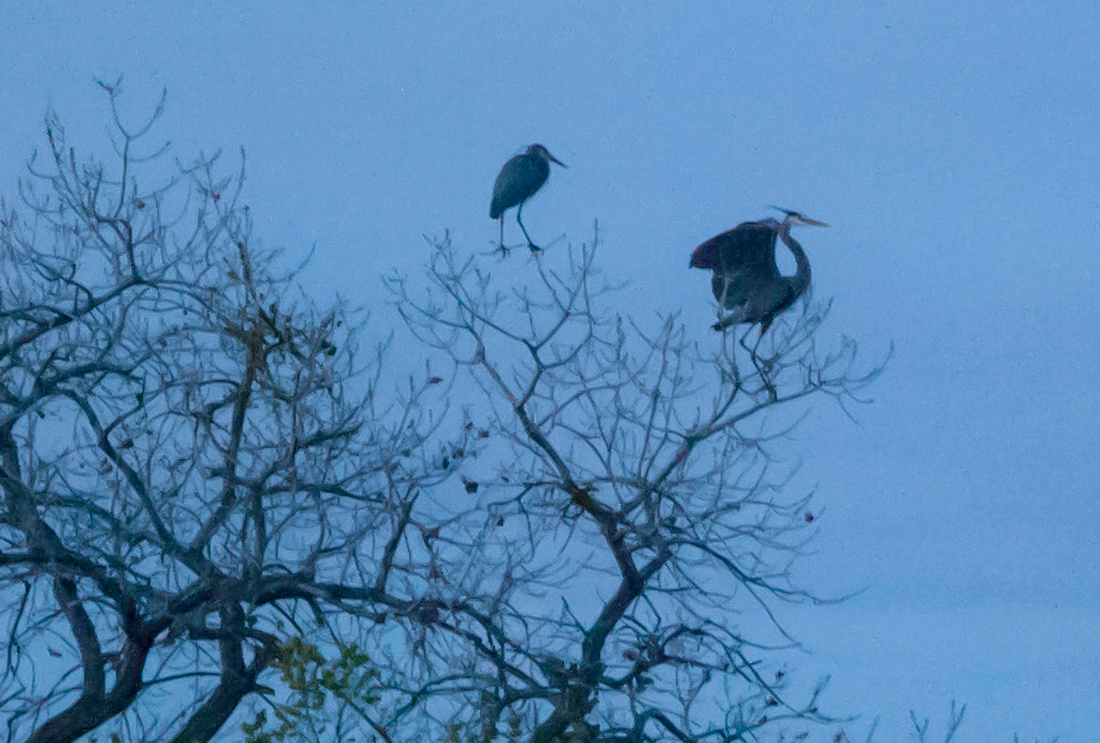 A final, really good dragon-like pose worthy of an insignia. 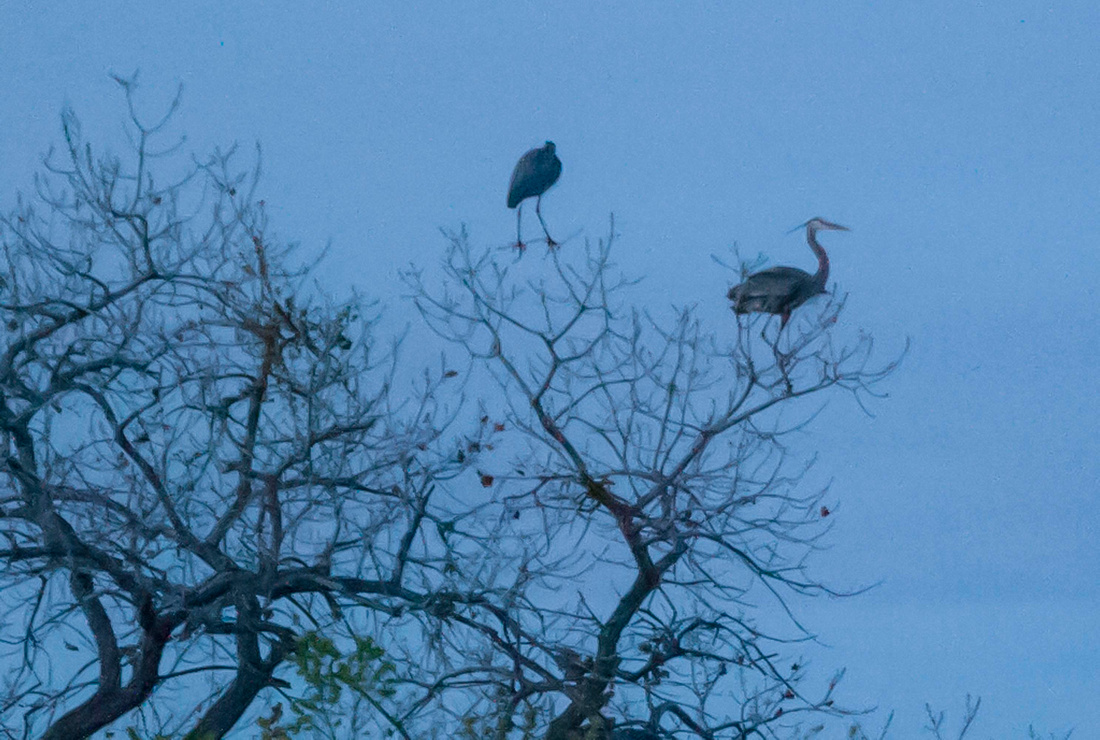 The pterodactyl on its spindly branches remained unfazed by all the flapping about from the other as it settled on the branches. 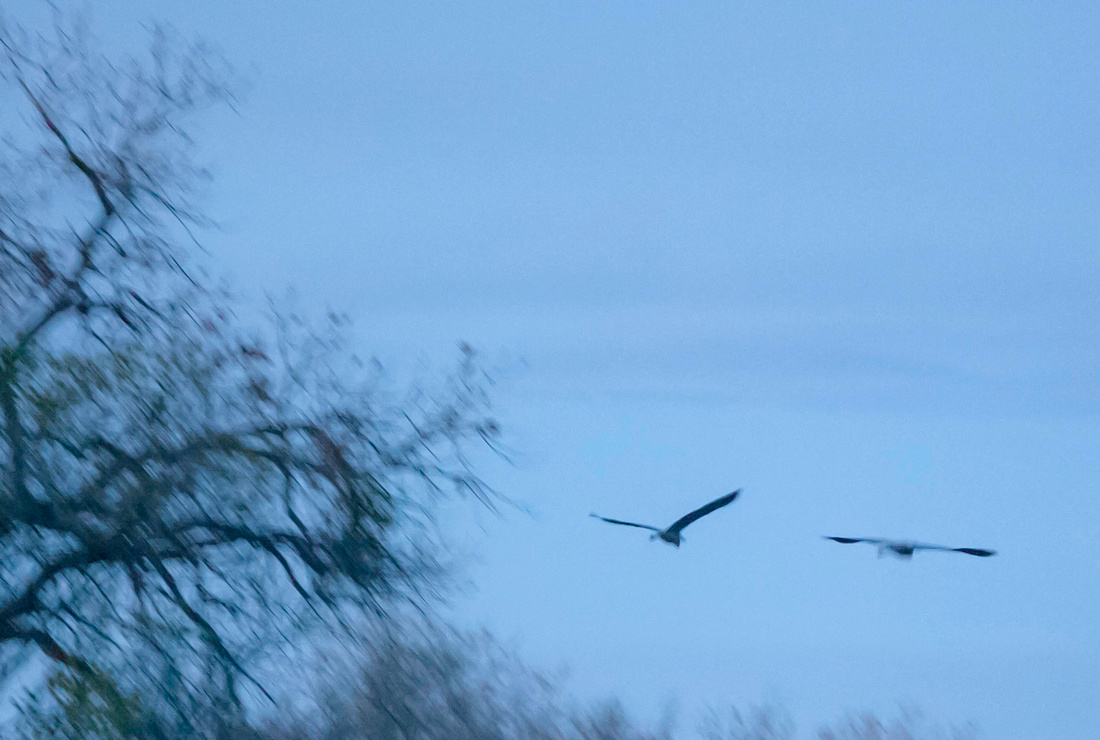 We got a little closer and they took flight. 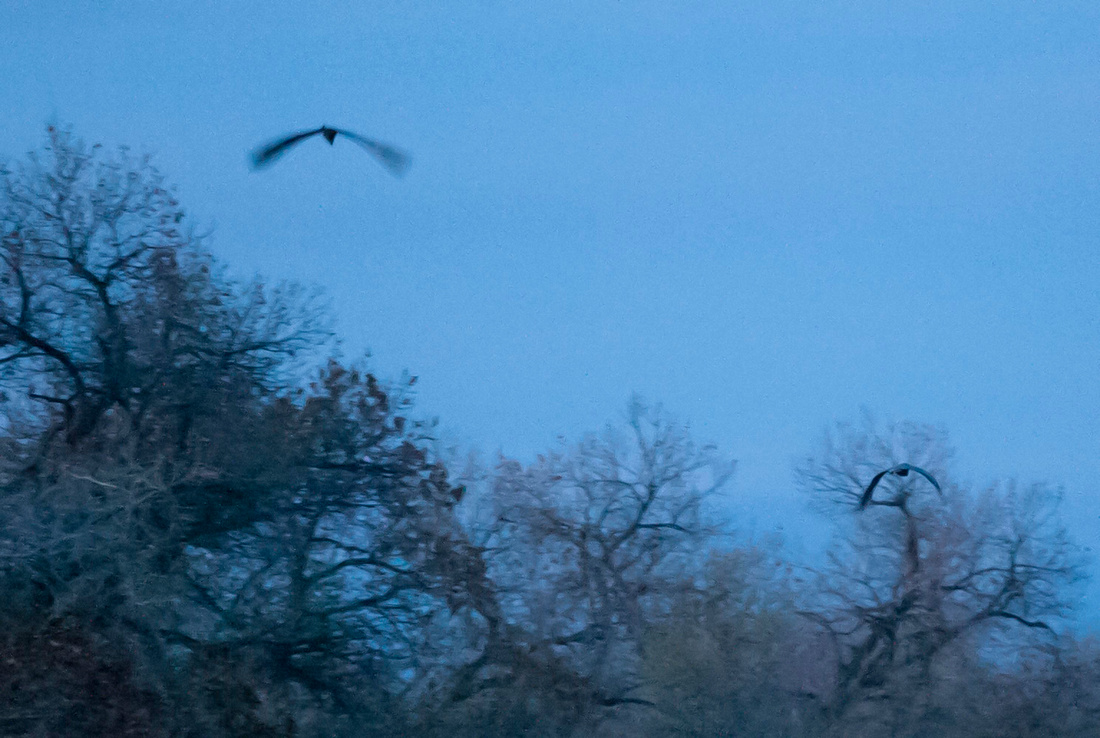