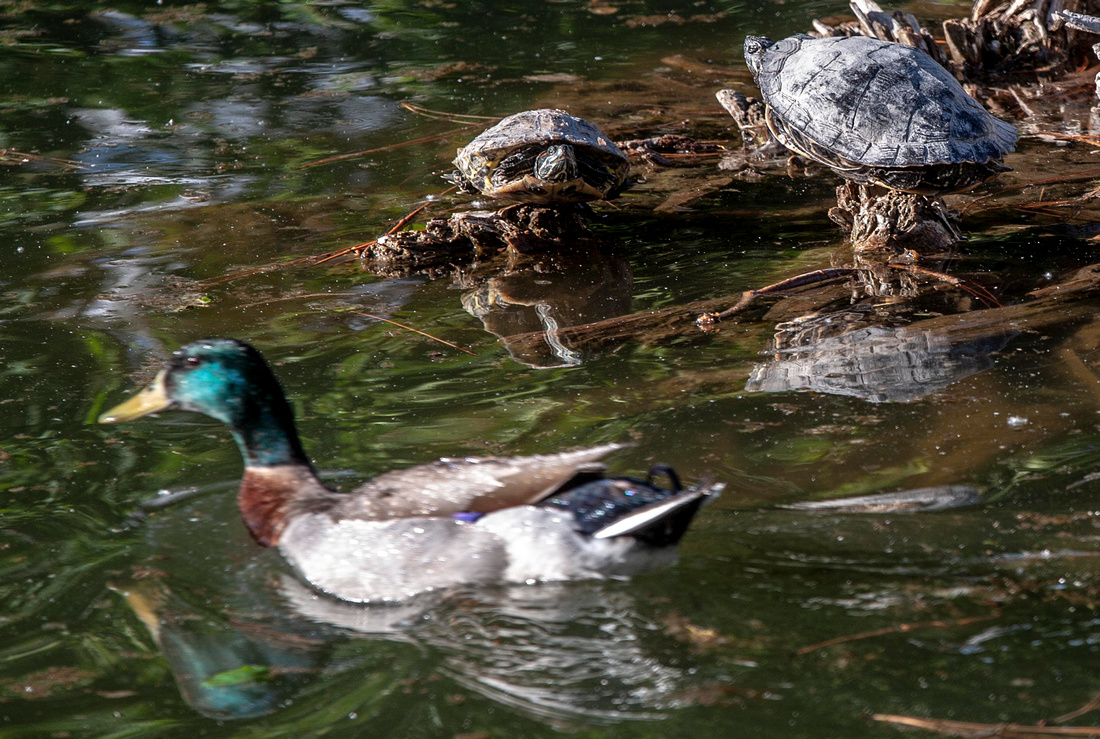 Red-eared Sliders hoodooing while a Mallard quickly swims by.

Some of the Red-eared Slider turtles that live in the duck pond at UNM were balanced on thin stumps in the middle of the duck pond, which made them look like hoodoos (geologic). There are a lot of turtles in the duck pond that like to lay out on the rocks in the late afternoon sunshine. 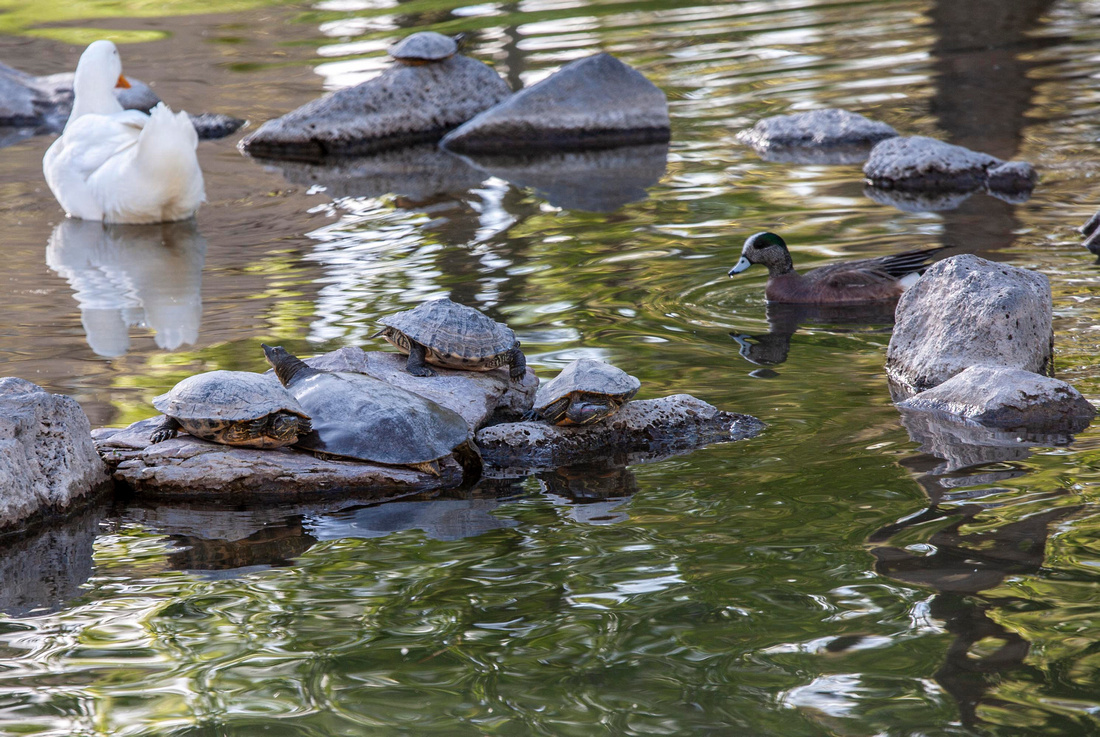 Red-eared Sliders and a Softshell turtle on the rocks.

The turtle on the right stuck his head out to check out the homeless man who decided to take a bath in the duck pond while we were there. The man, who was undressing as we walked by him on the edge of the pond, asked me if swimming was allowed in the duck pond. I told him I couldn't say (there are no "No Swimming" signs posted), but I advised him not to get in the water. He then asked me if he could go swimming. I told him I had no authority to say one way or the other about swimming in the duck pond, but I advised him not to get in the filthy water. He then asked me if I minded if he got in the water. I told him it was up to him. When the turtled poked his head out, I looked over my shoulder and saw the man out bathing in the middle of the duck pond. 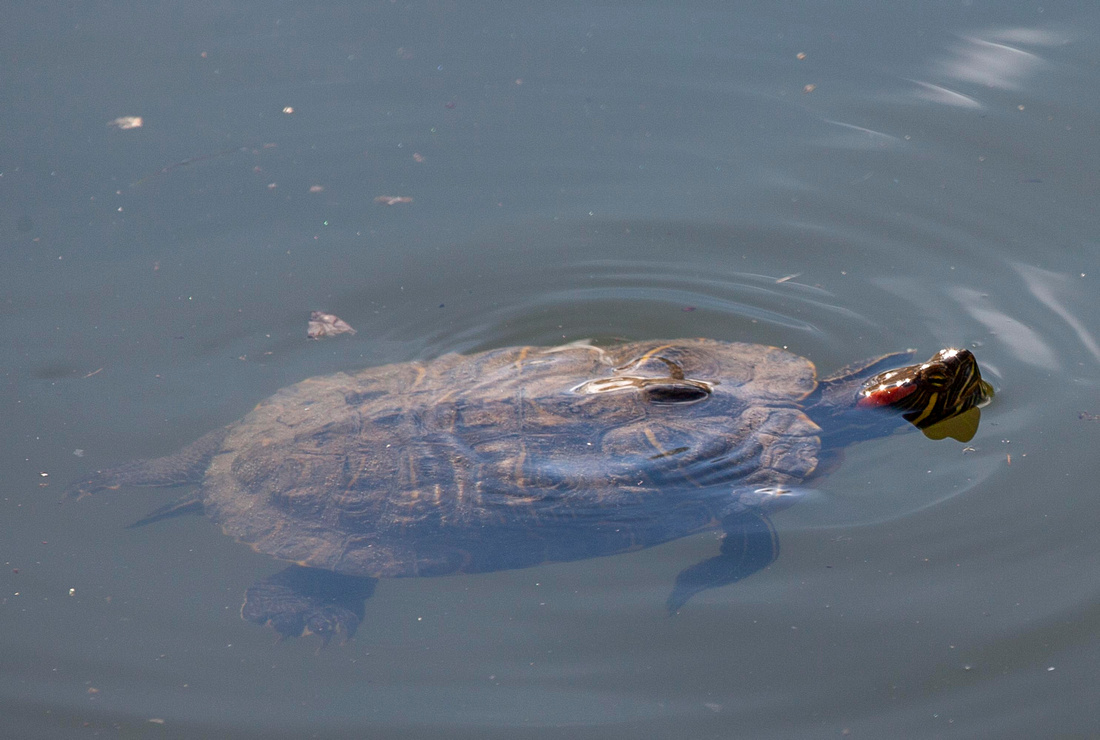 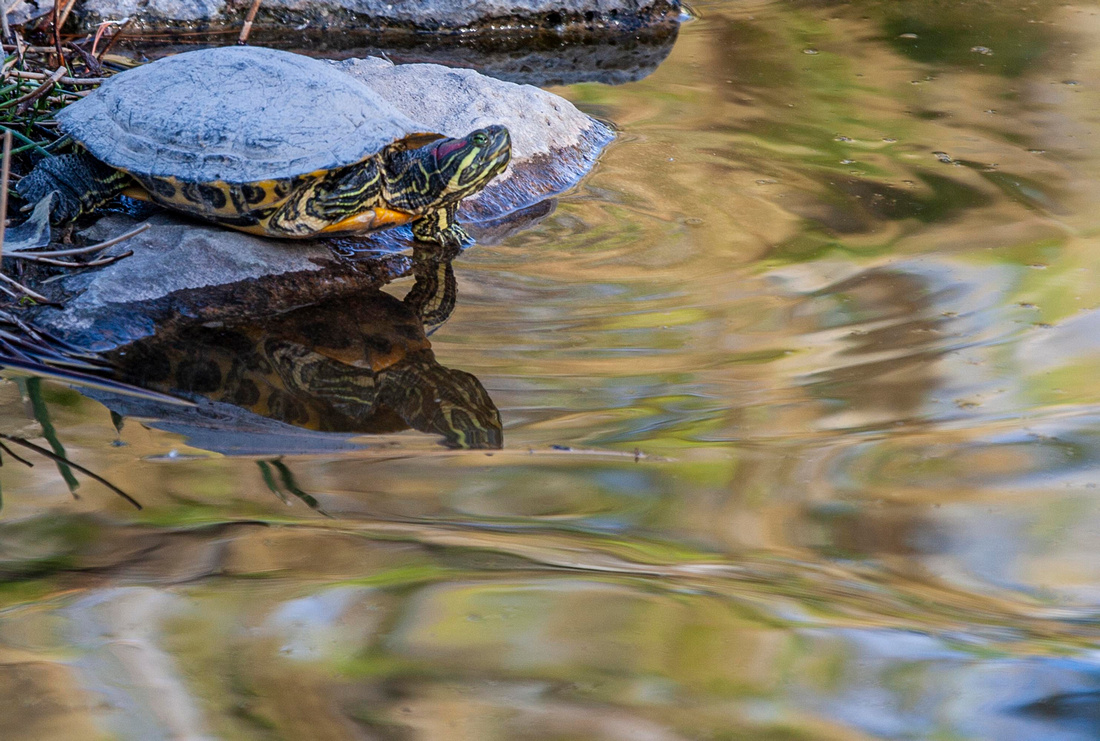 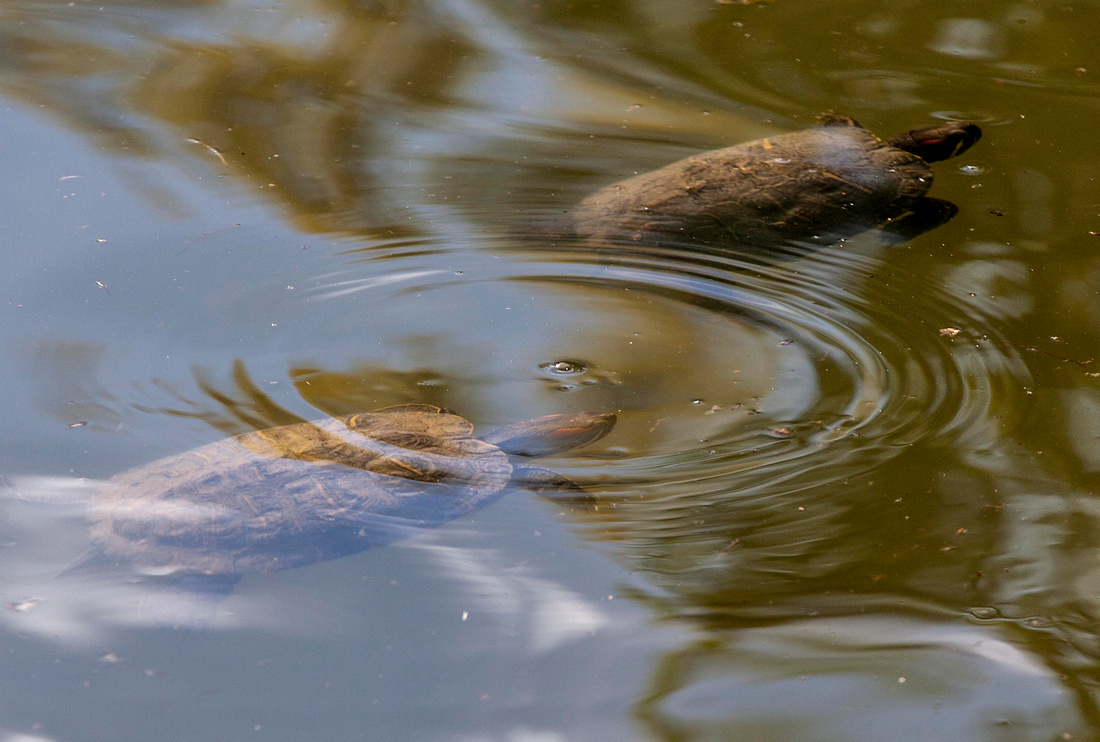 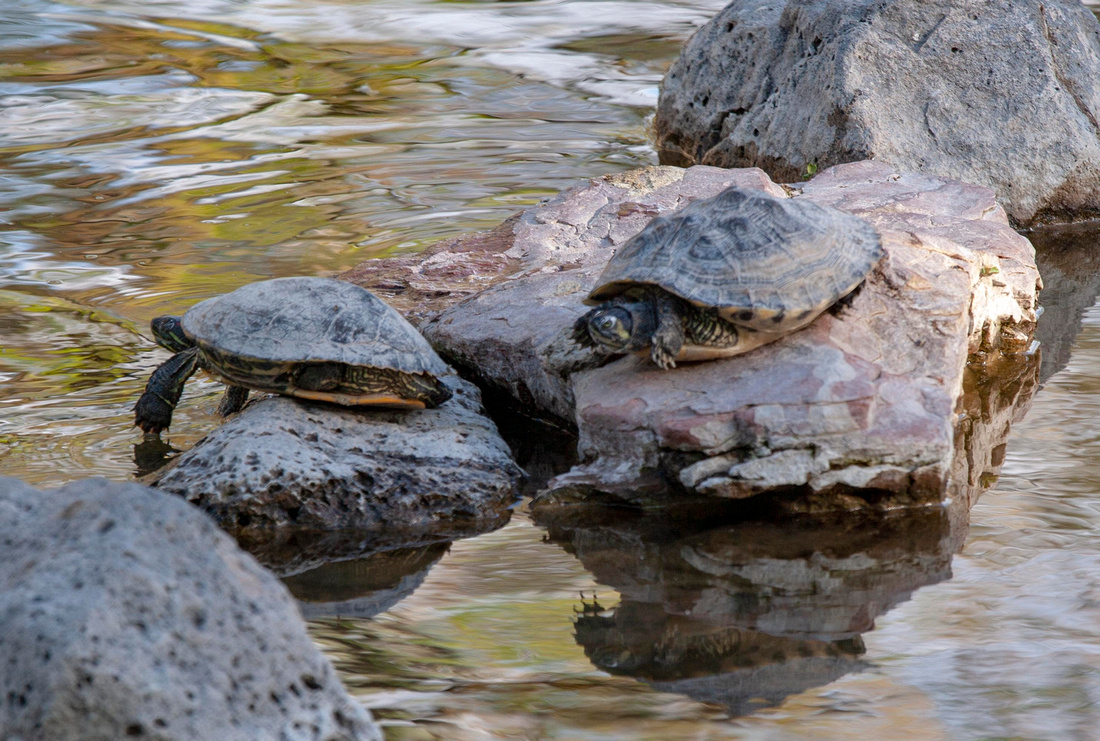 Rocking in the later afternoon sun