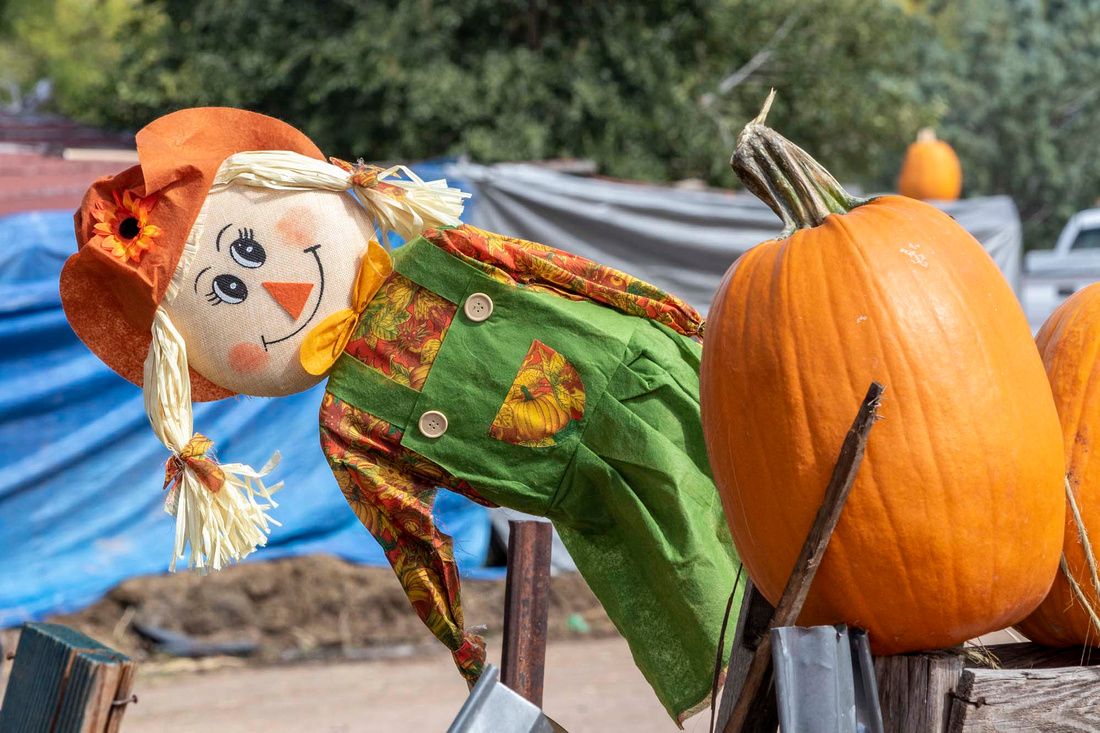 While there happens to be an extra million people in Albuquerque for the Balloon Fiesta, Wagner's Farms is having their annual Apple & Pumpkin Festival. There were lots of people lined up for hay rides to the orchard just north of our property to pick apples. In the field on Dixon Road, behind the farm store, they had a pumpkin patch. At the farm store they had lots and lots of pumpkins, hot dogs and hamburgers, red chile ristras, green chile roasting and a band named Severo y Grupo Fuego was playing.  Laurie and I walked up to the Festival, Laurie got a caramel apple, and then we listened to a few songs before walking back home. 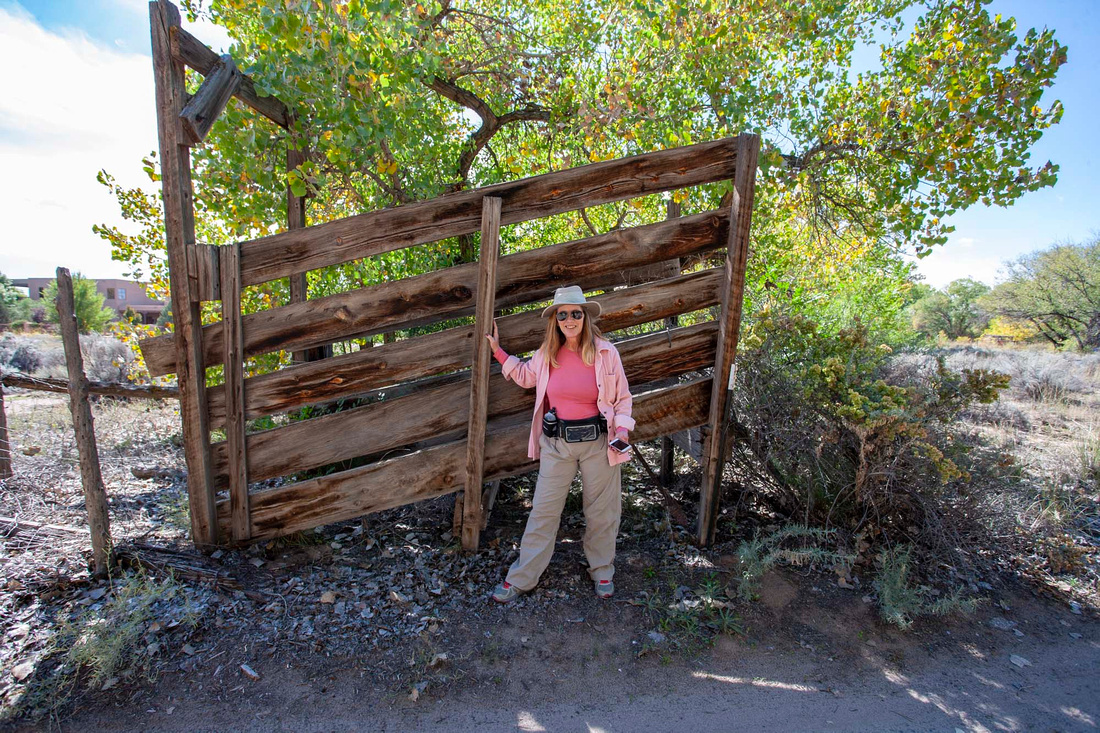 On our way to Wagner's, we stopped to get a photo of Laurie with our cattle ramp. Not everyone owns their own heirloom cattle ramp. 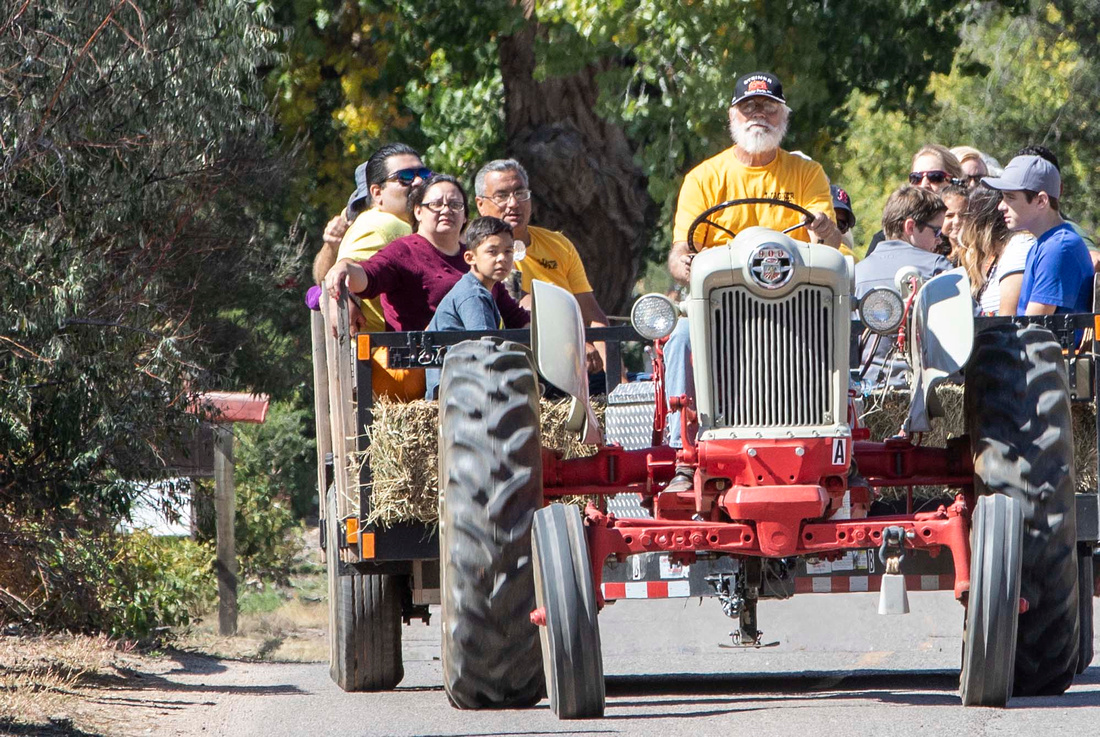 People on there way to the orchard to pick apples. 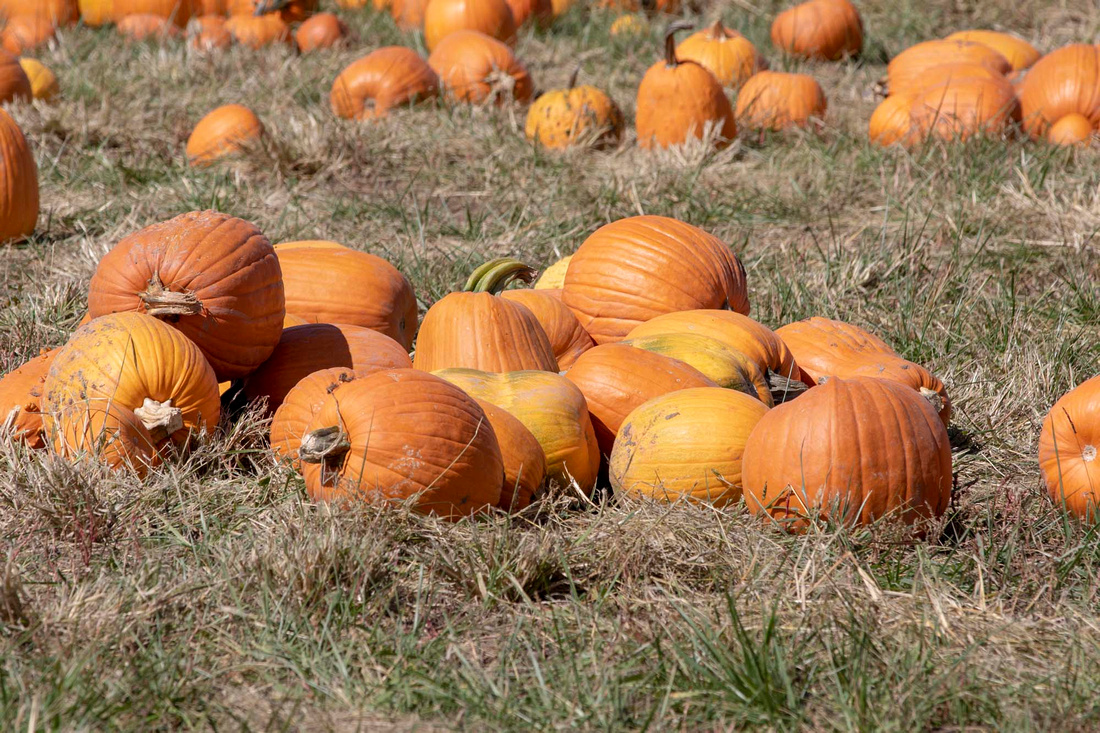 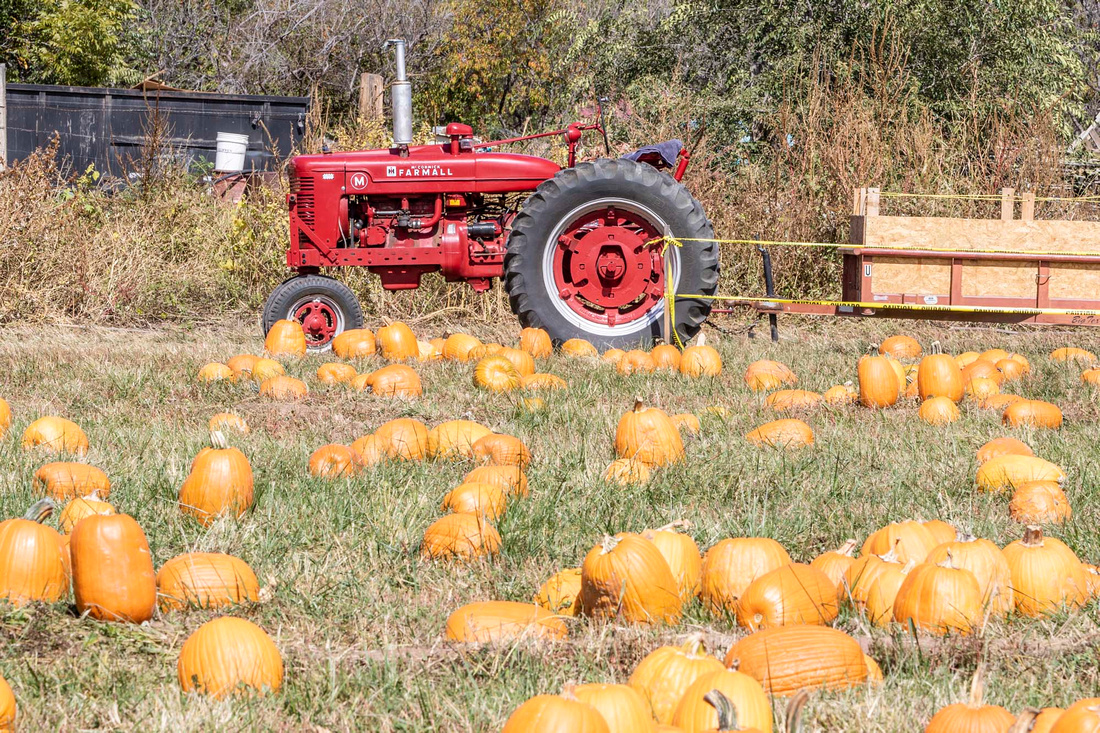 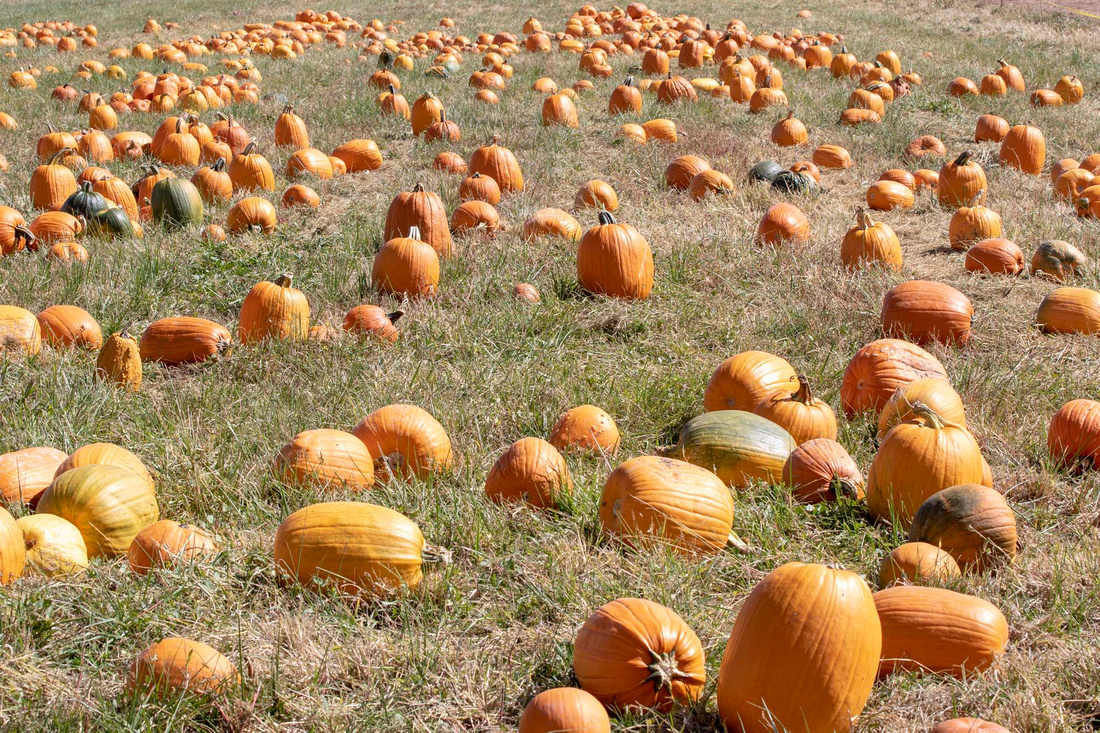 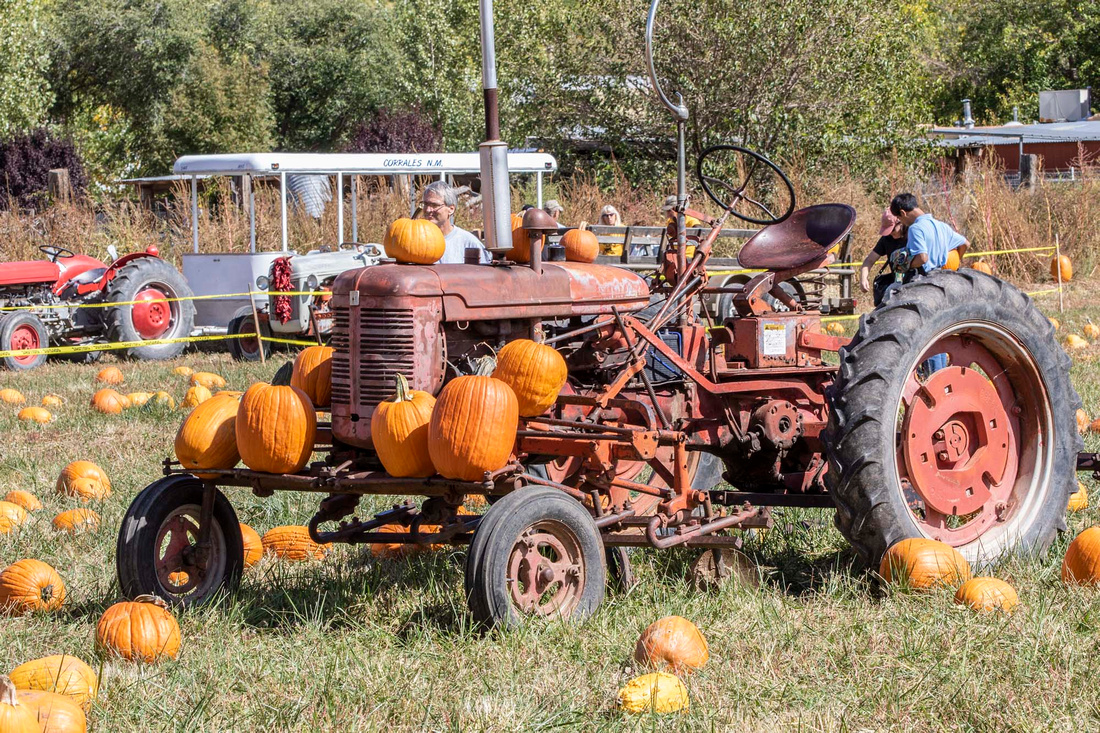 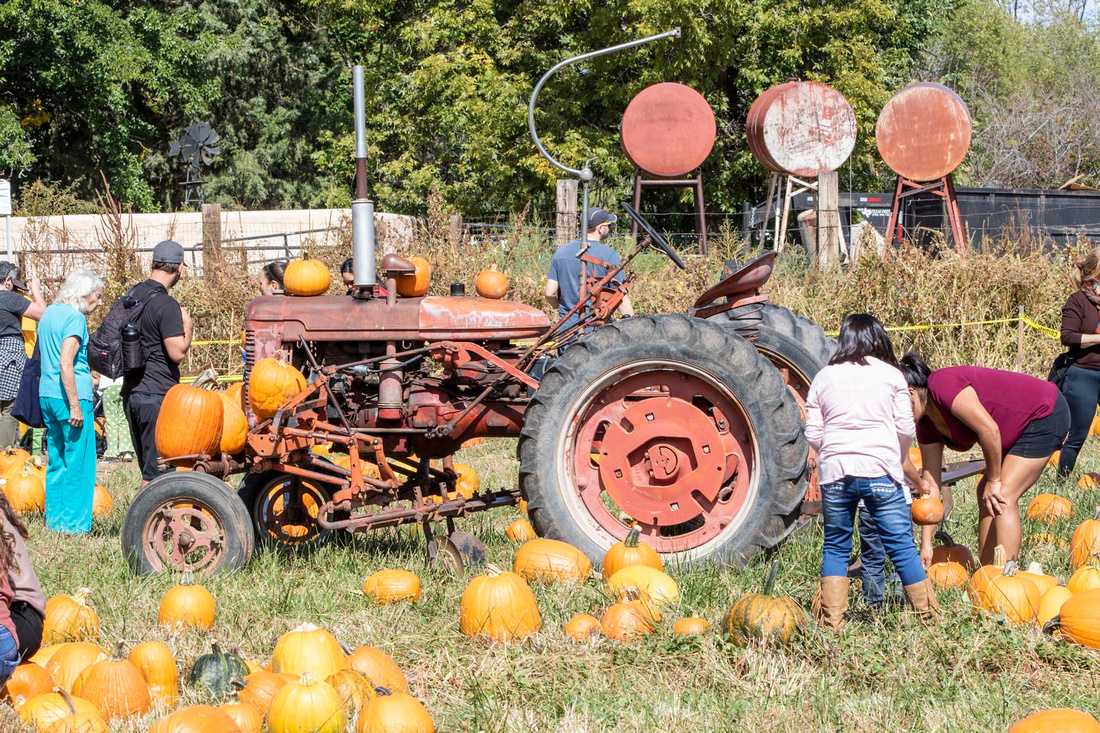 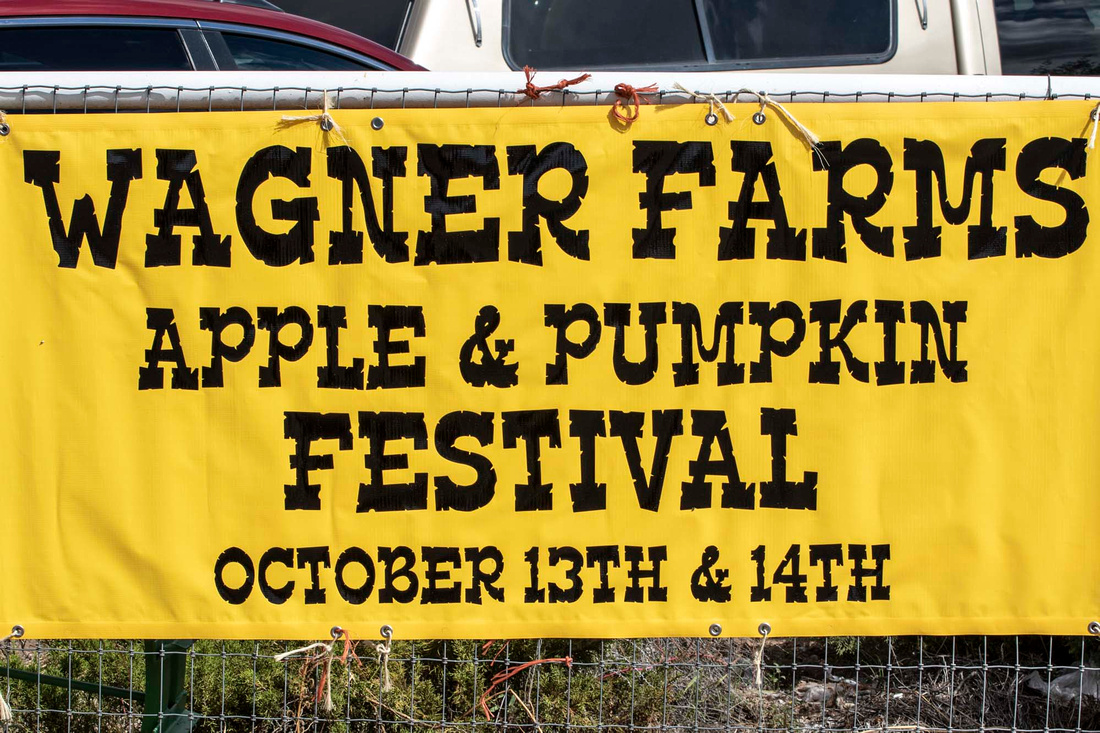 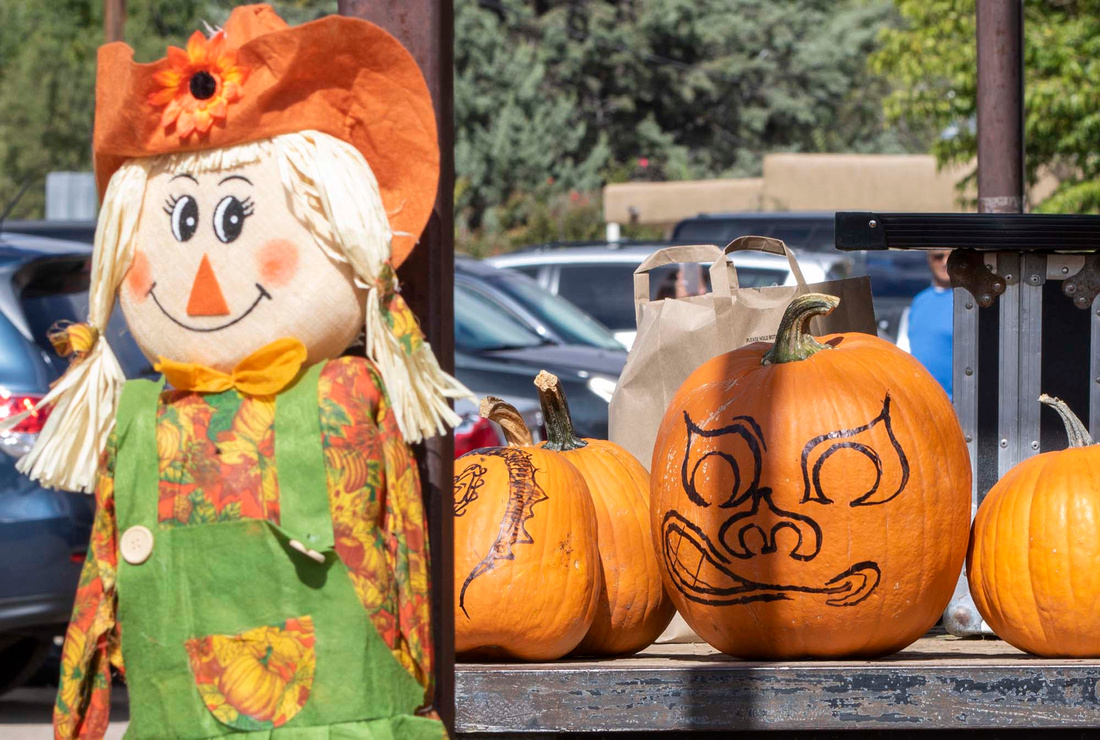 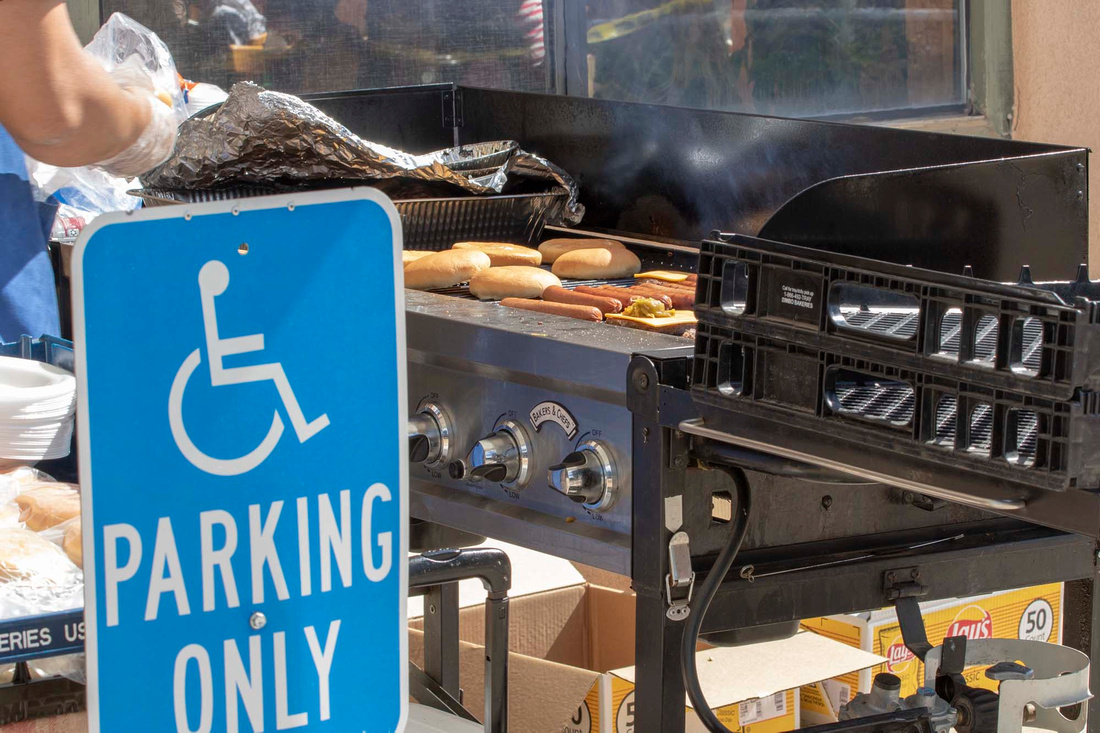 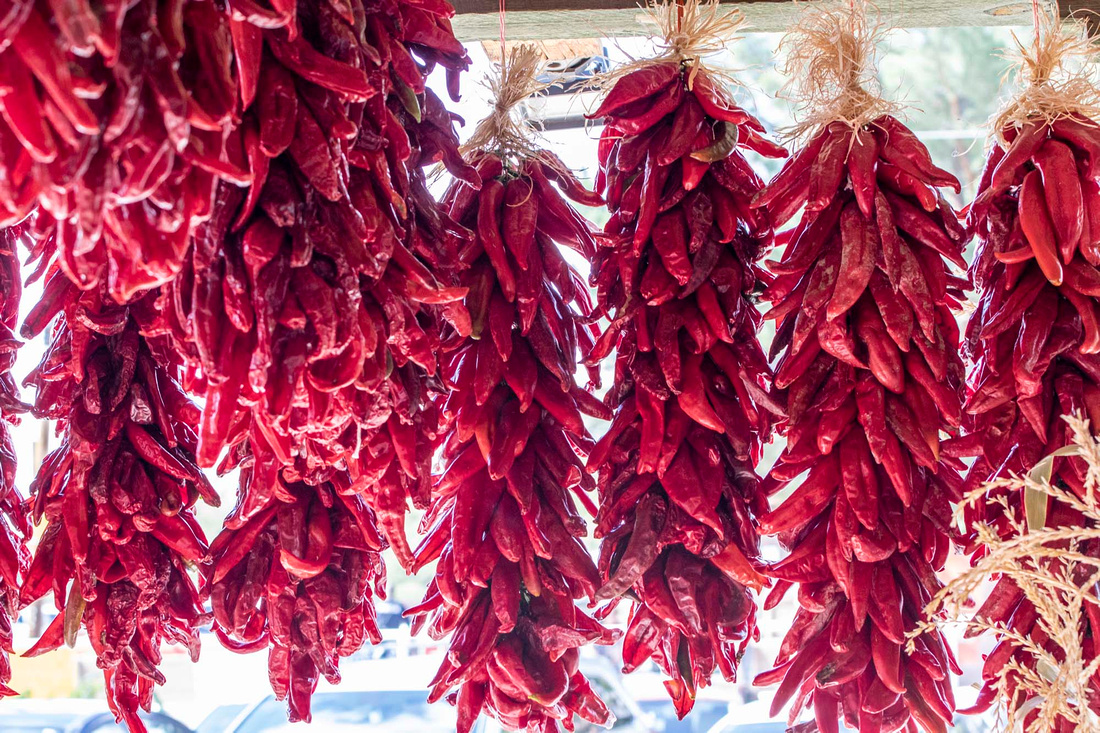 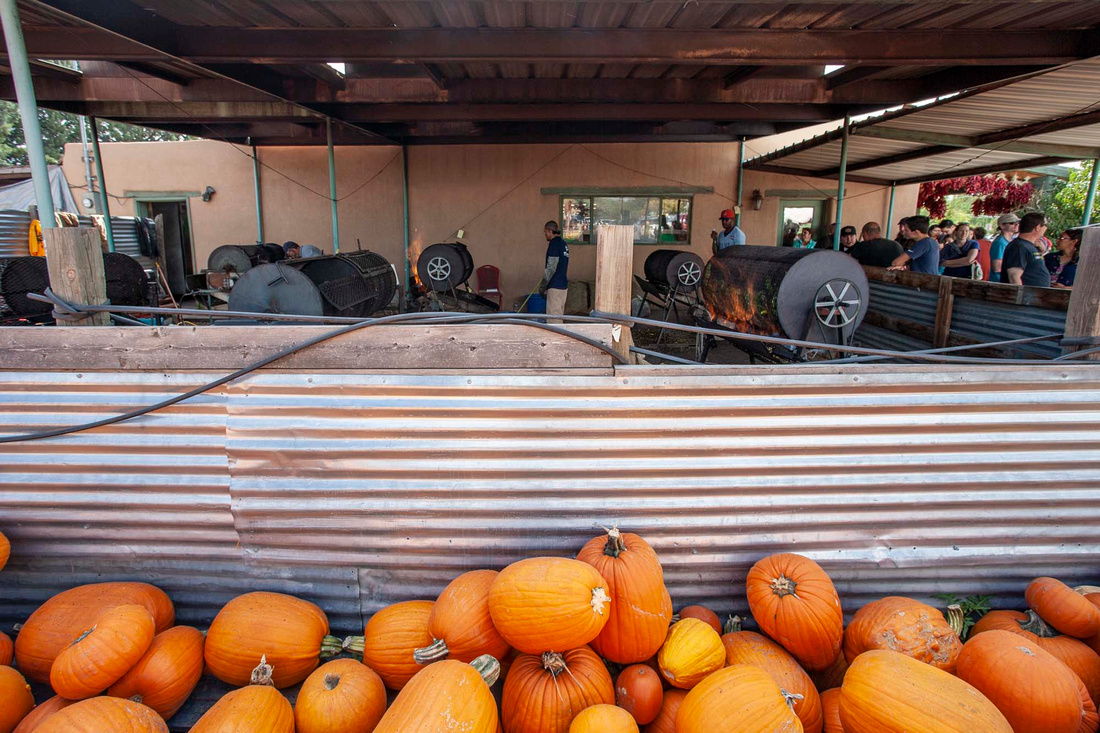 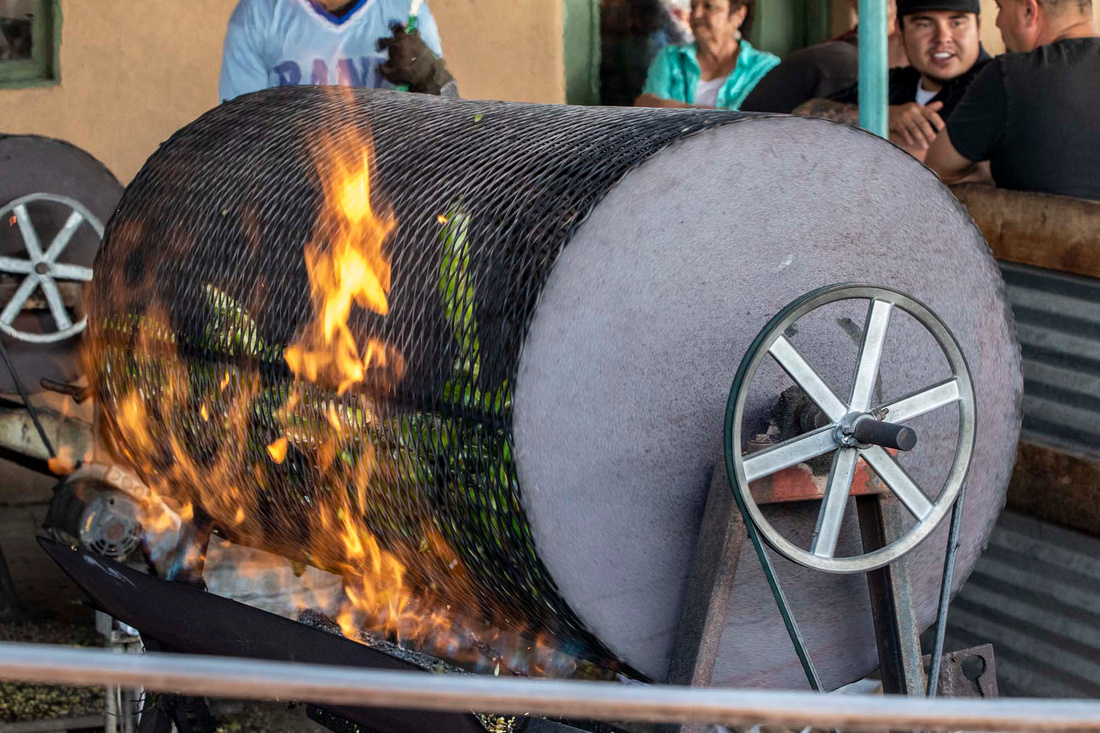 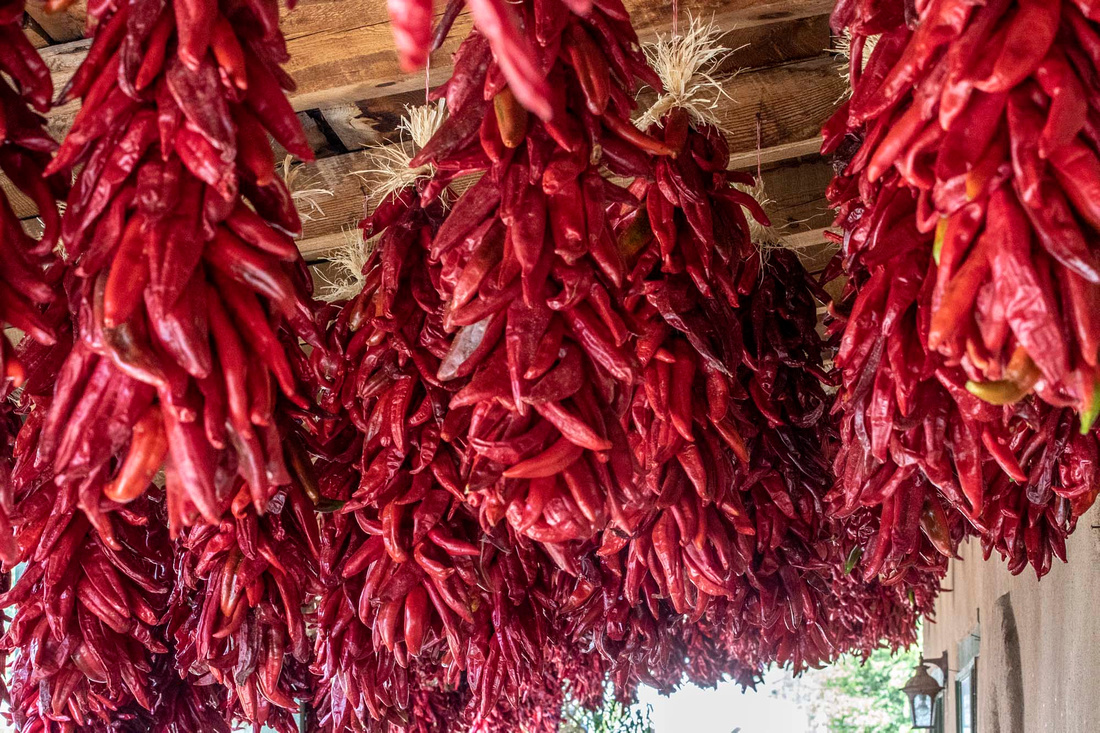 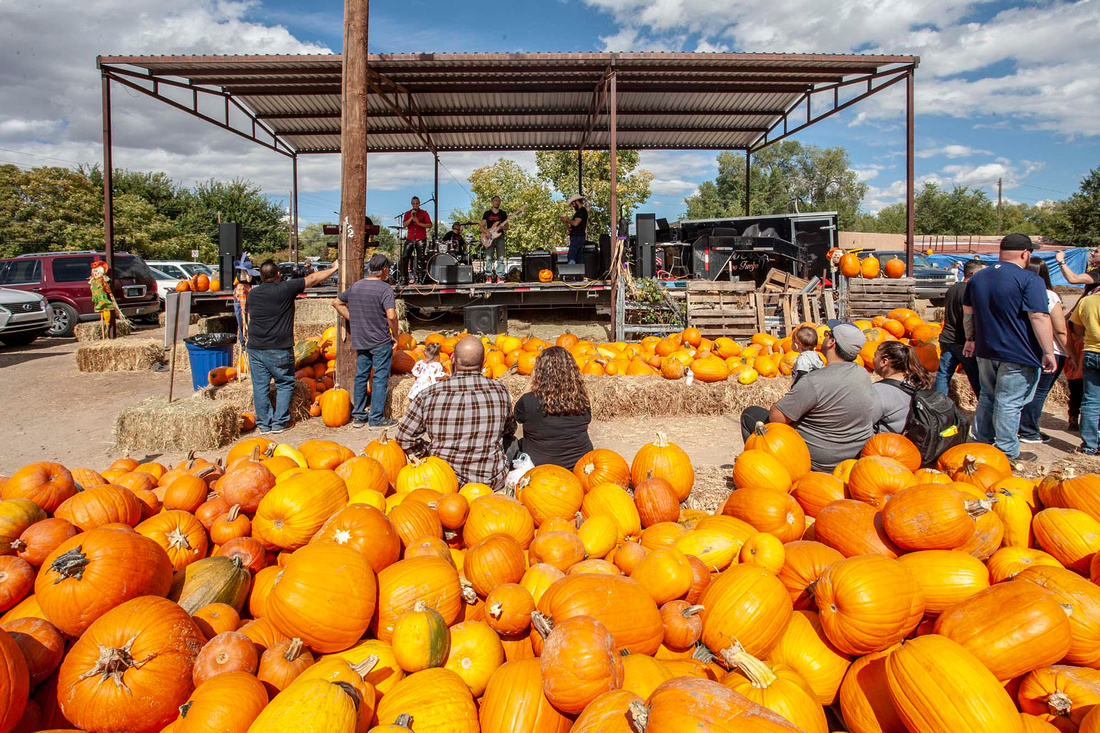 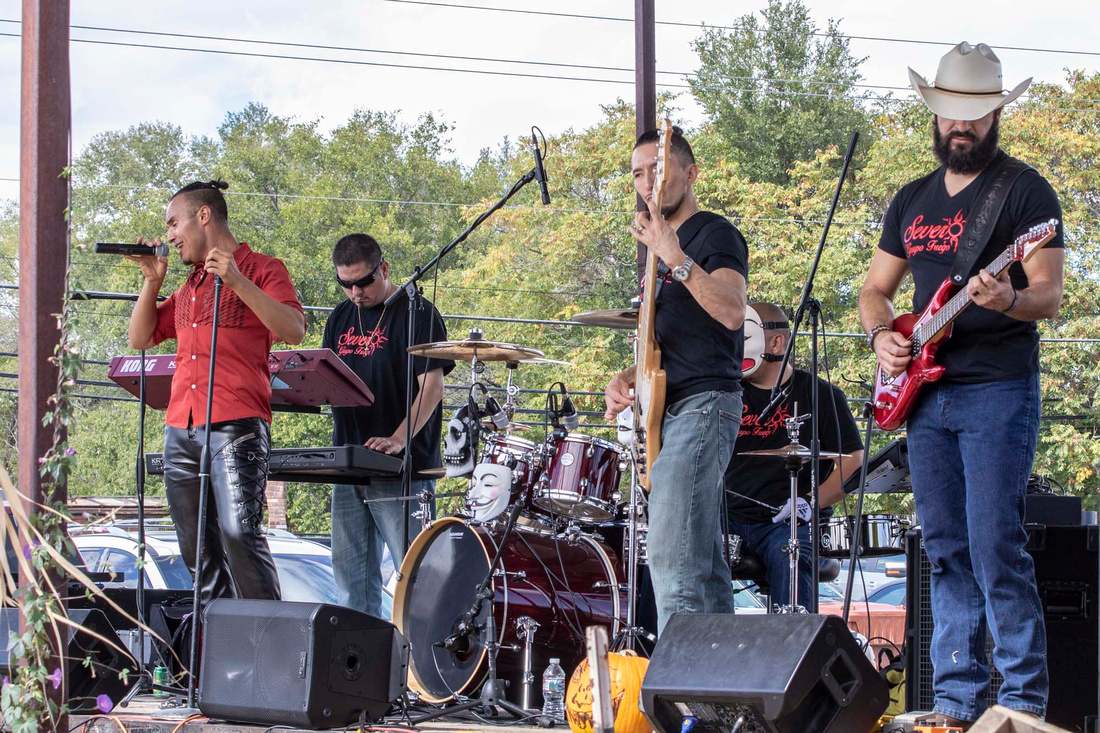 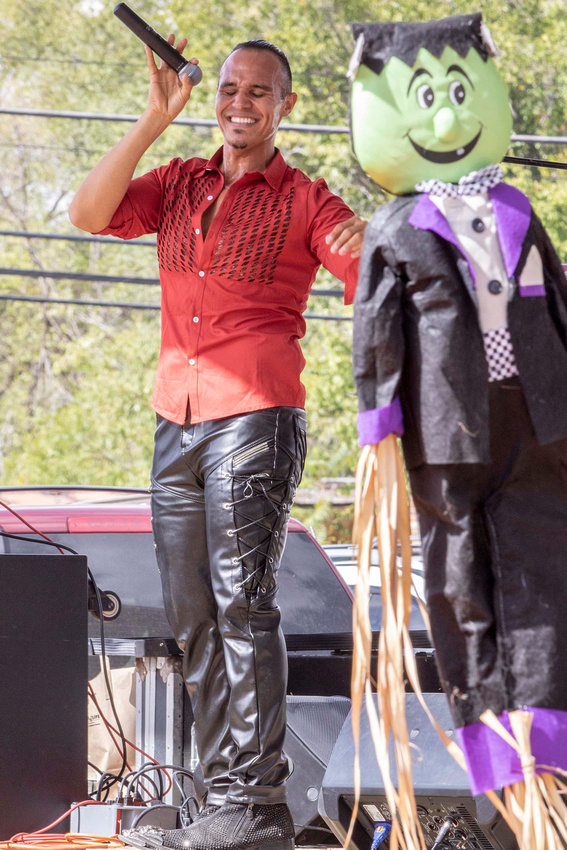 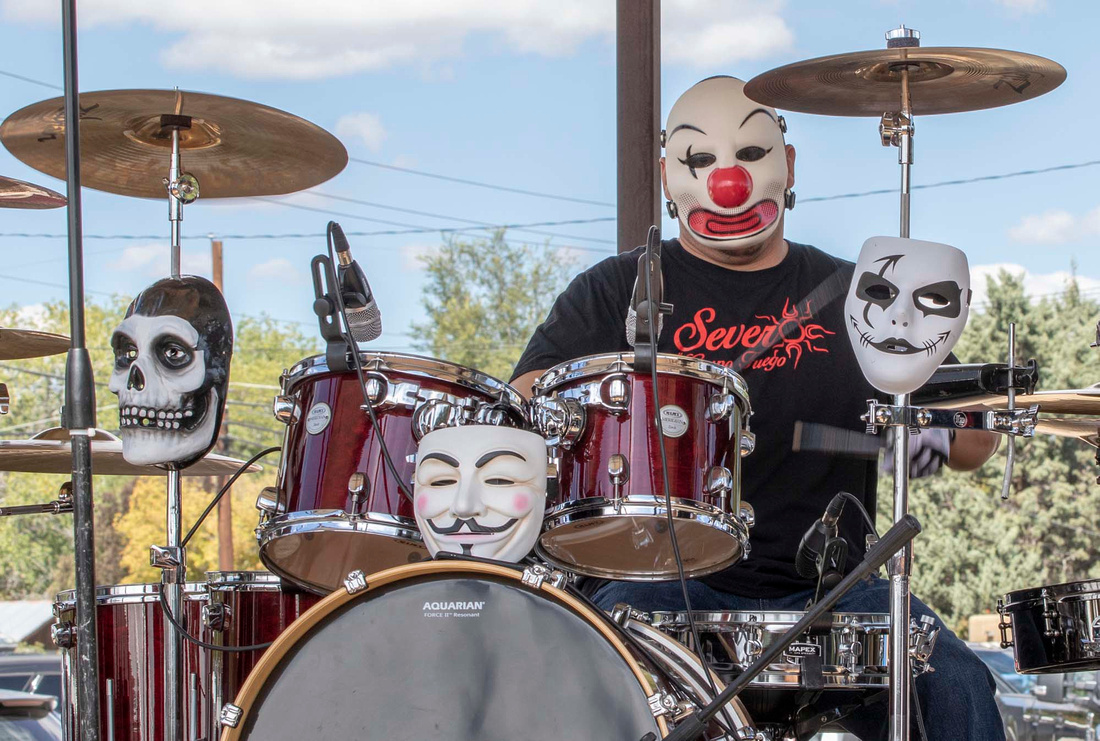 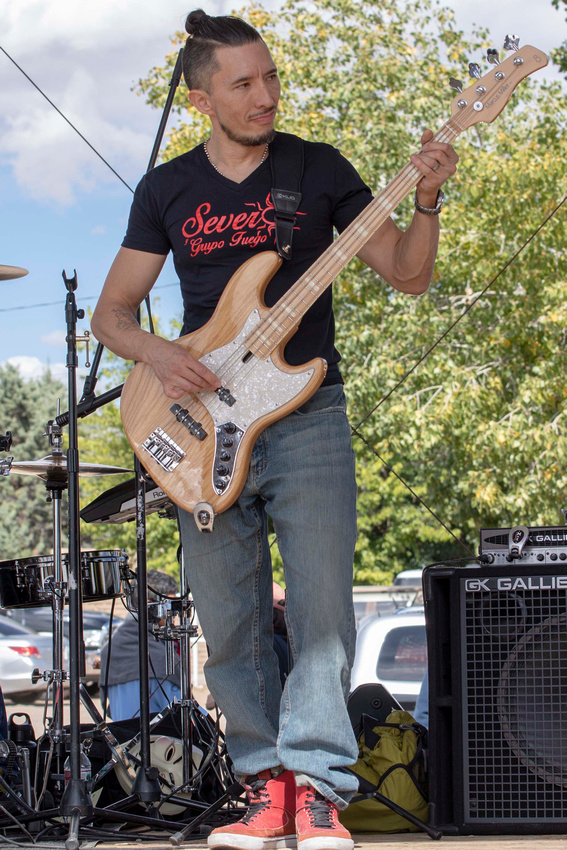 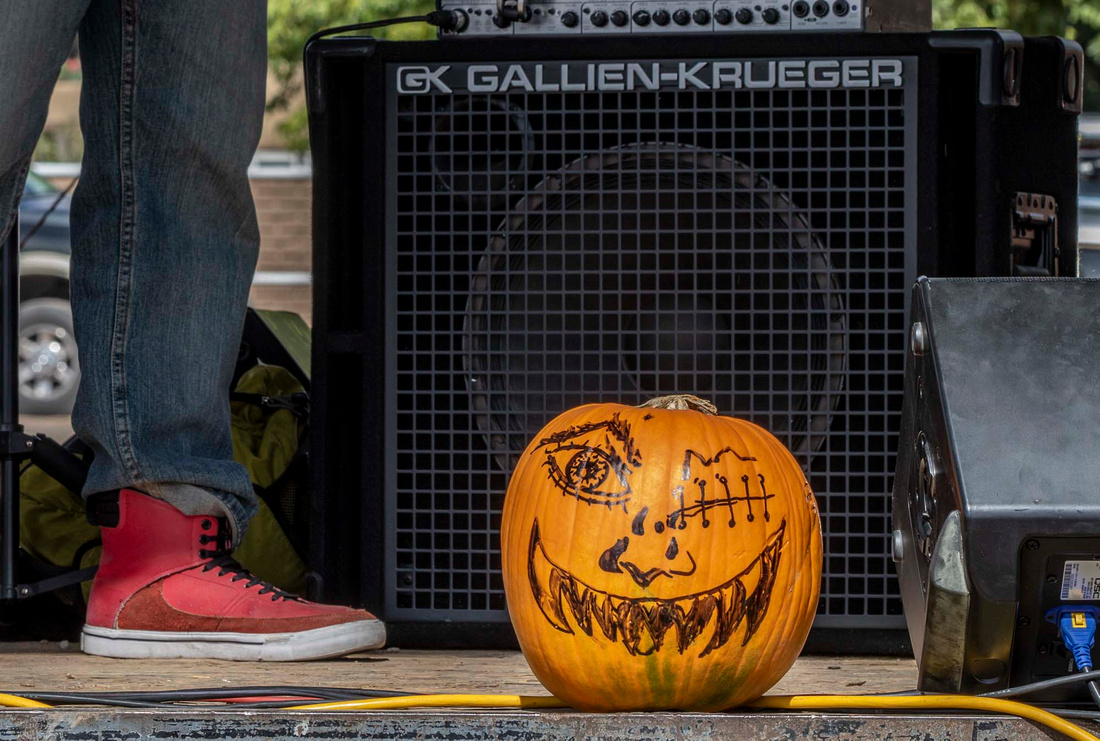 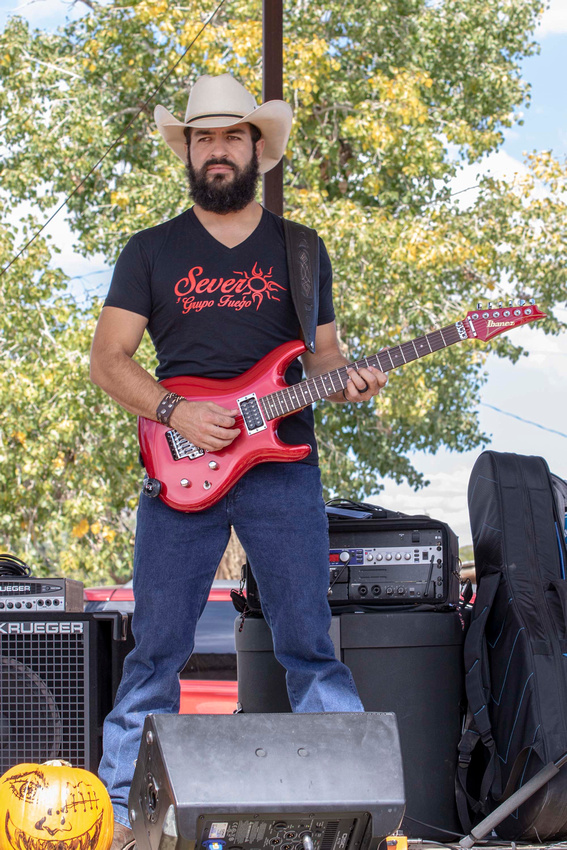 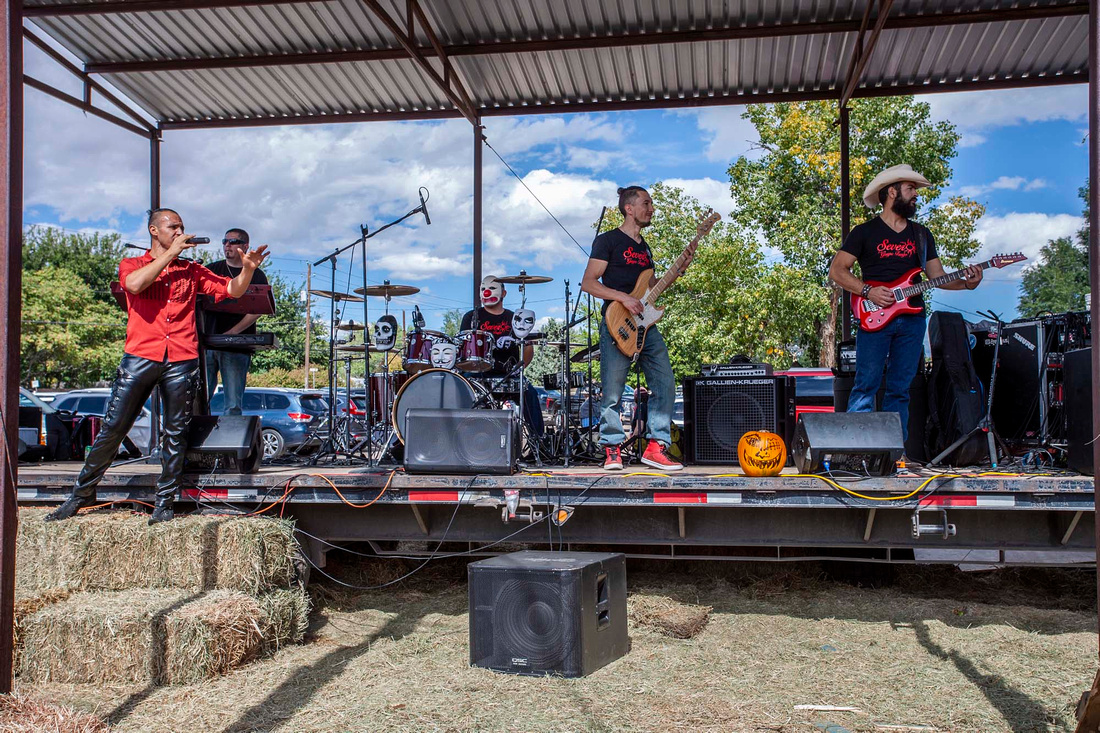 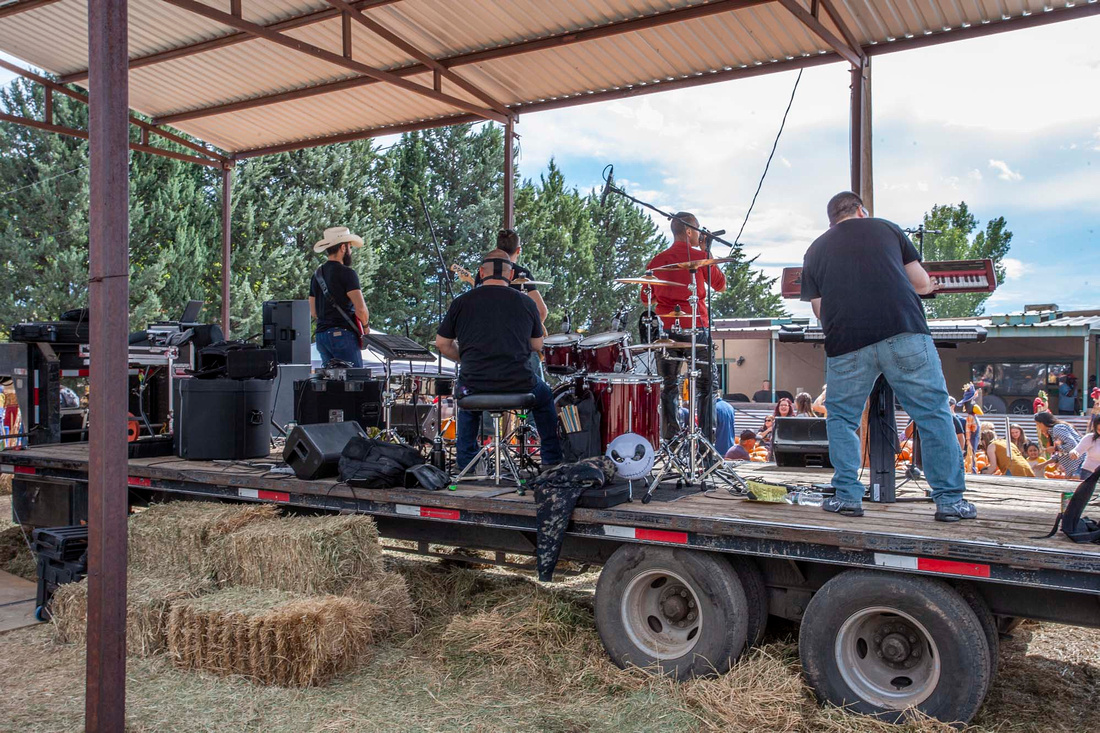 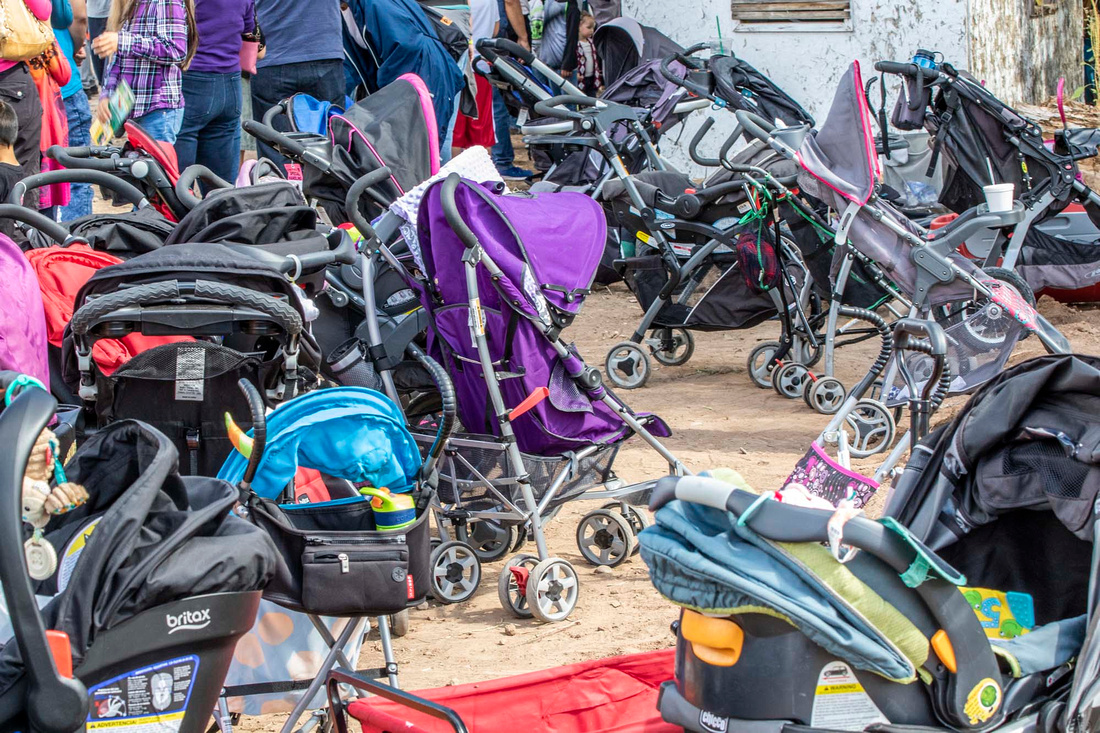 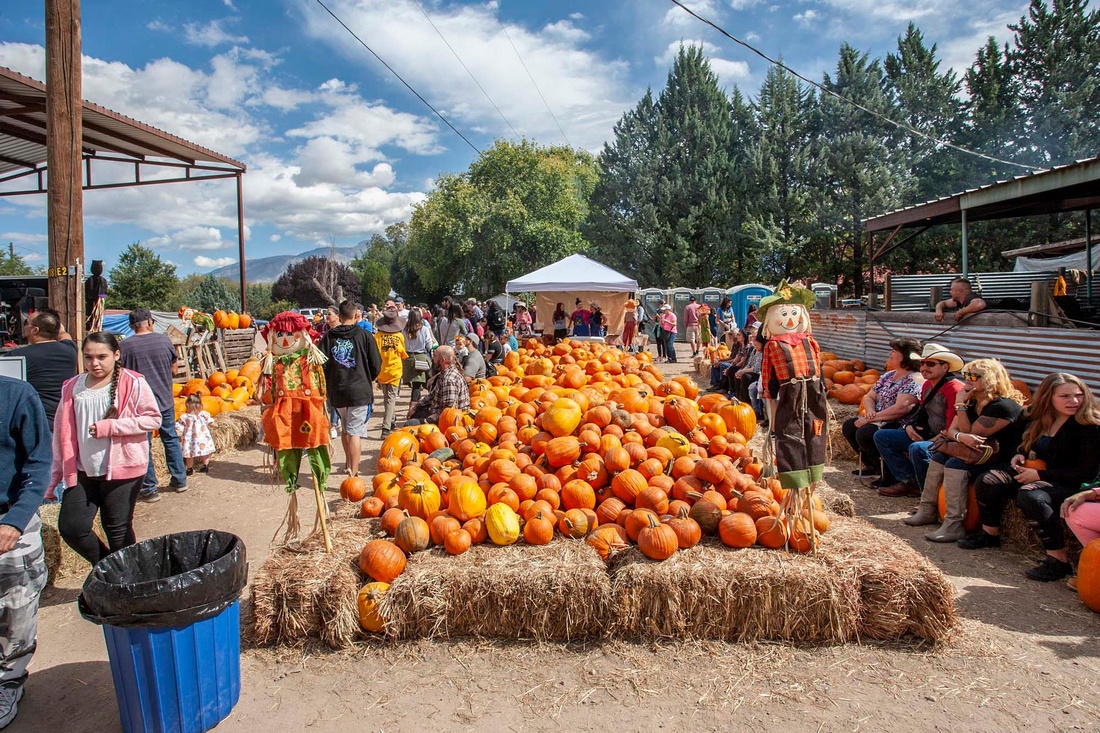 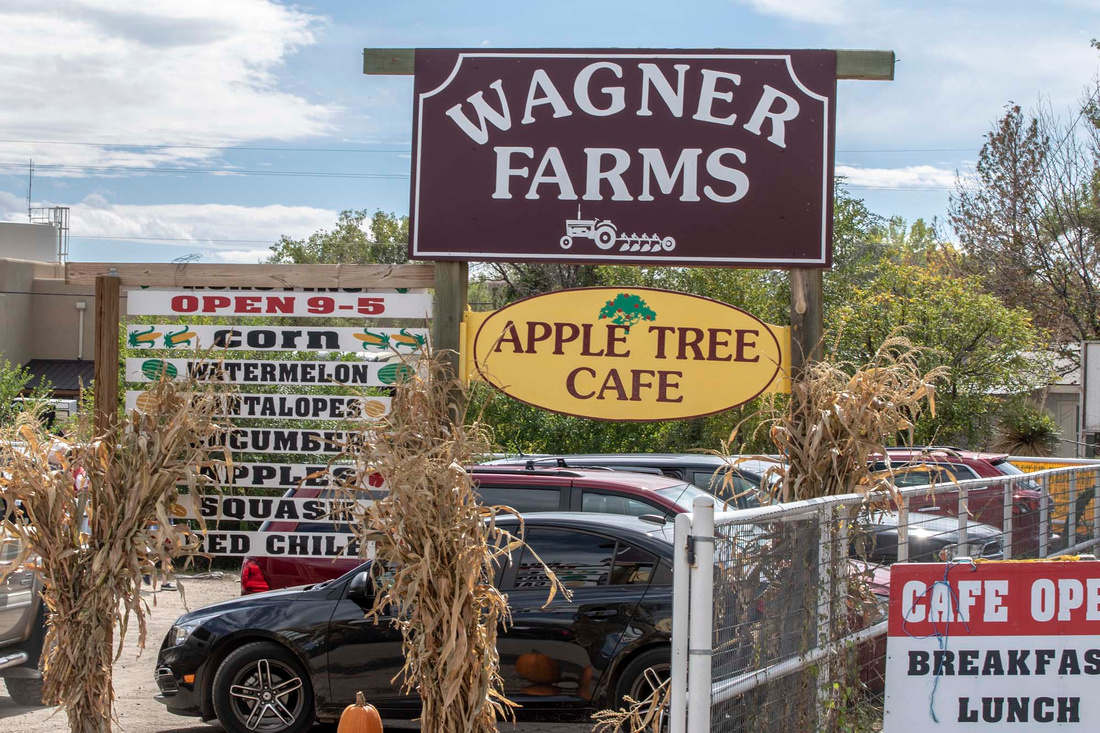 T & L Photos
Hi Harry. Happy you learned a new word.
T & L Photos
Hi Lavinia. Yes, we get our Big Jim green chiles from Wagner's.
T & L Photos
Thanks, Christine. It's fun, especially for people who live in the city and a lot of the people who are from out of town for the balloon fiesta.
T & L Photos
Hi David. They still had lots of chile to be roasted.
T & L Photos
Thanks, Gerald.
No comments posted.
Loading...
Subscribe
RSS
Recent Posts
Last Post on Zenfolio Walk, Run, Splash, Fly A Walk in the Snow We Wish You a Merry Catmas Cranes, Train & A Full Moon on Winter Solstice I Had A Dream Shrink Wrapped Fly Away Fire & Phantasm First Snow on the 2nd
Archive
January February March April May June July August September October November December
Timothy Price
Powered by ZENFOLIO User Agreement
Cancel
Continue