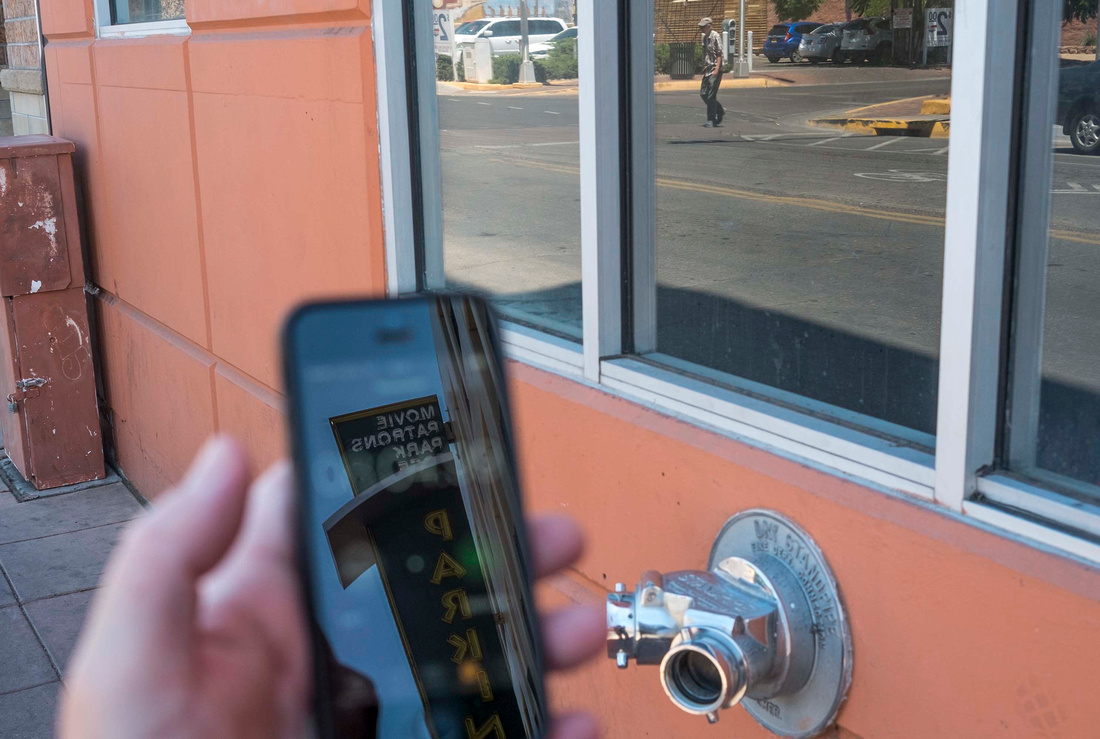 Some of you might recall that about a year and a half (1.5, 1 1/2)* ago, I was banned for life from the parking garage at Second (2nd) Street and Gold Ave., downtown, even though I had been going there every week for a year to photograph the construction of the Imperial Building.  I laid low for a year, but in keeping with trends in Albuquerque, and New Mexico, I became a repeat offender and began walking stairs every weekday starting back in January of of this year. In 2015 I walked the stairs in the New Mexico Bank and Trust Building at Fourth (4th) Street and Gold Ave., but with my compromised immune system, and no immunizations until April and June of this year, I did not want to climb stairs in an enclosed stairwell. The parking structure works well. It takes about eight (8) minutes to walk up the six (6) floors on the west side of the structure, across the top, down the stairs on the east side, back up the stairs on the east side, back across the top, and back down the stairs on the west side. That gives me twelve (12) floors on my Fitbit and I get sixteen (16) floors when I climb the access stairs to the top of the elevator shaft.

Albuquerque is a crime ridden city according to all the stats, and Lavu, a software company downtown, threatened to move if the city didn't do something about the panhandlers and crime in the area. The city stepped up police presence in downtown, and the parking structure now has extra security people watching for missfits and recidivists who have been banned for life from the parking garage.

Bruce often goes with me to walk stairs, and today we were stopped by security, and, looking at me, they asked "Aren't you the photographer that was banned for life last year?" I, the repeat offender, parking garage criminal I am, acted totally shocked about such a question and answered "No! It was him!" and pointed at Bruce. "Don't you remember? How could you forget banning that guy?"  The guards look askance at me, and then eyed Bruce for a second before they said "I remember now!" You're coming with us." They escorted Bruce out of the garage, around by the train tracks, and locked him in the clink, which is a grated kiosk above Central Ave. (Old Route 66) at the railroad tracks. I always wondered what they used that kiosk for. Now I know. 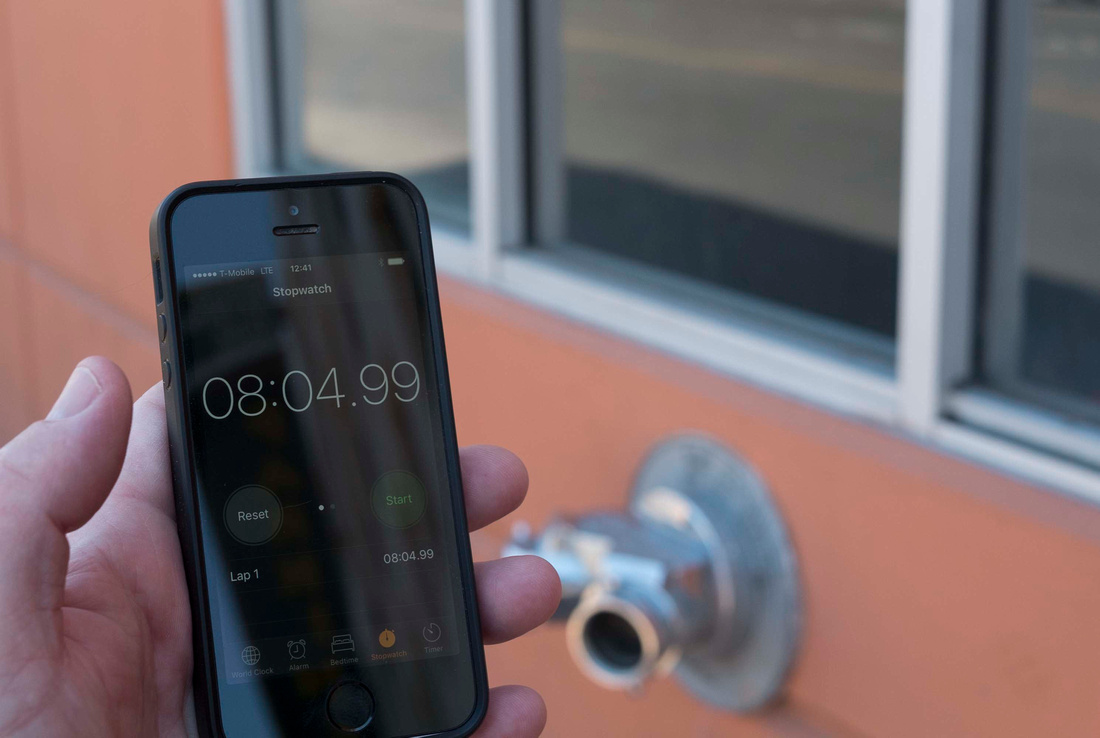 The time it takes to walk the steps on both sides of the parking garage. 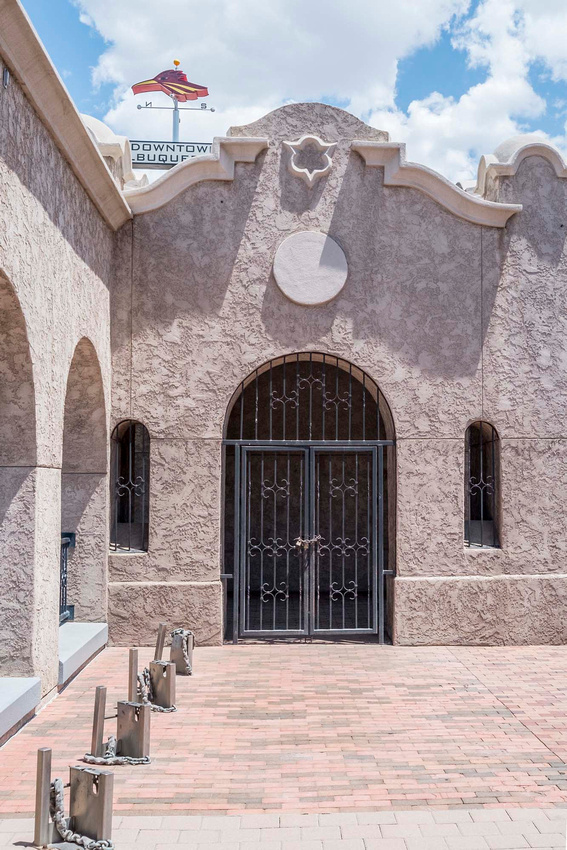 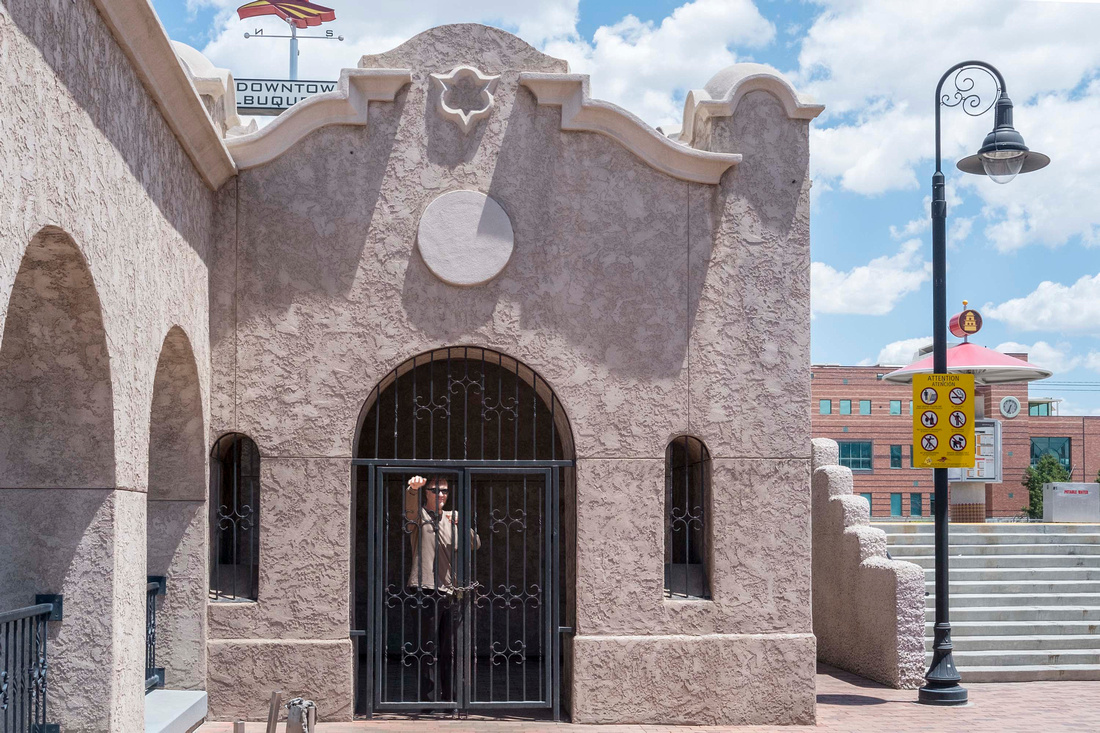 Bruce locked away, sticking his paw out like a cat. 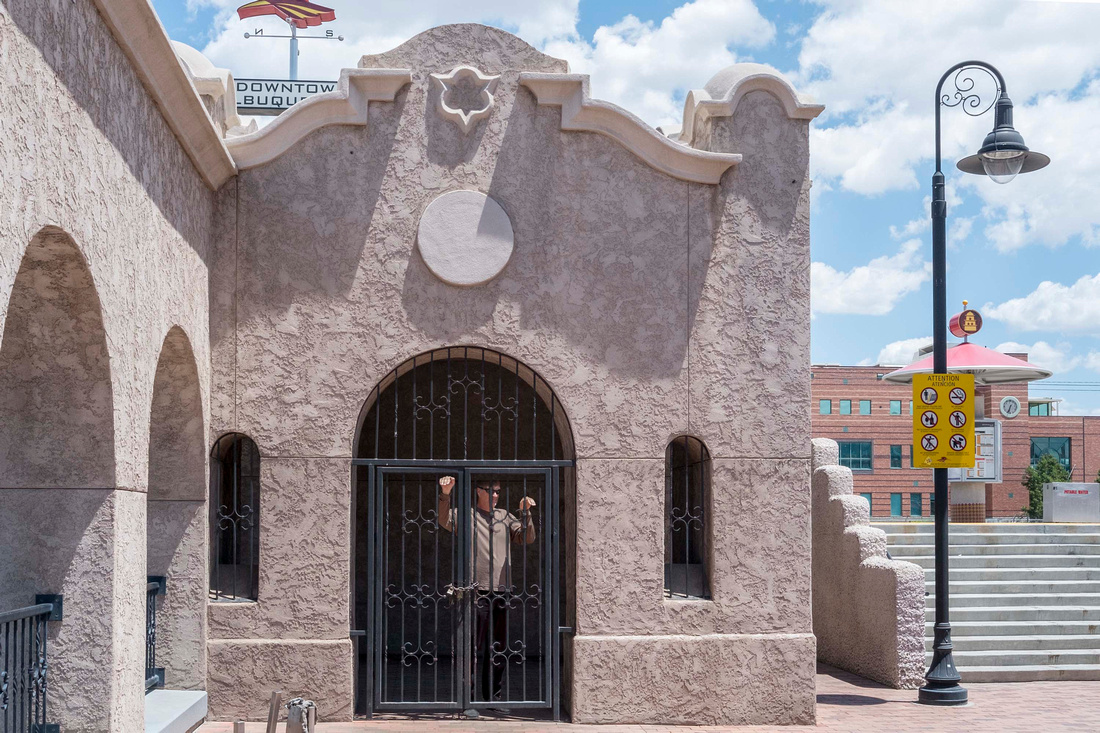 Bruce acting like a cat behind bars sympathizing with Tesla.

*Written numbers with Arabic numerals for Mia. We had a discussion about that today — A Freeze Dried Empire.

T & L Photos
Thanks, Julie! Yep I was banned for life. I seem to be good at that.
Julie(non-registered)
Great story .. banned, really? Lol
T & L Photos
It's the Albuquerque factor. Thanks, David!
David(non-registered)
Tim, you are really bad!!!
T & L Photos
Hi Tristan. I think the gif is where it is. They finally let Bruce out.
No comments posted.
Loading...
Subscribe
RSS
Recent Posts
Last Post on Zenfolio Walk, Run, Splash, Fly A Walk in the Snow We Wish You a Merry Catmas Cranes, Train & A Full Moon on Winter Solstice I Had A Dream Shrink Wrapped Fly Away Fire & Phantasm First Snow on the 2nd
Archive
January February March April May June July August September October November December
Timothy Price
Powered by ZENFOLIO User Agreement
Cancel
Continue