New Cat on the Block 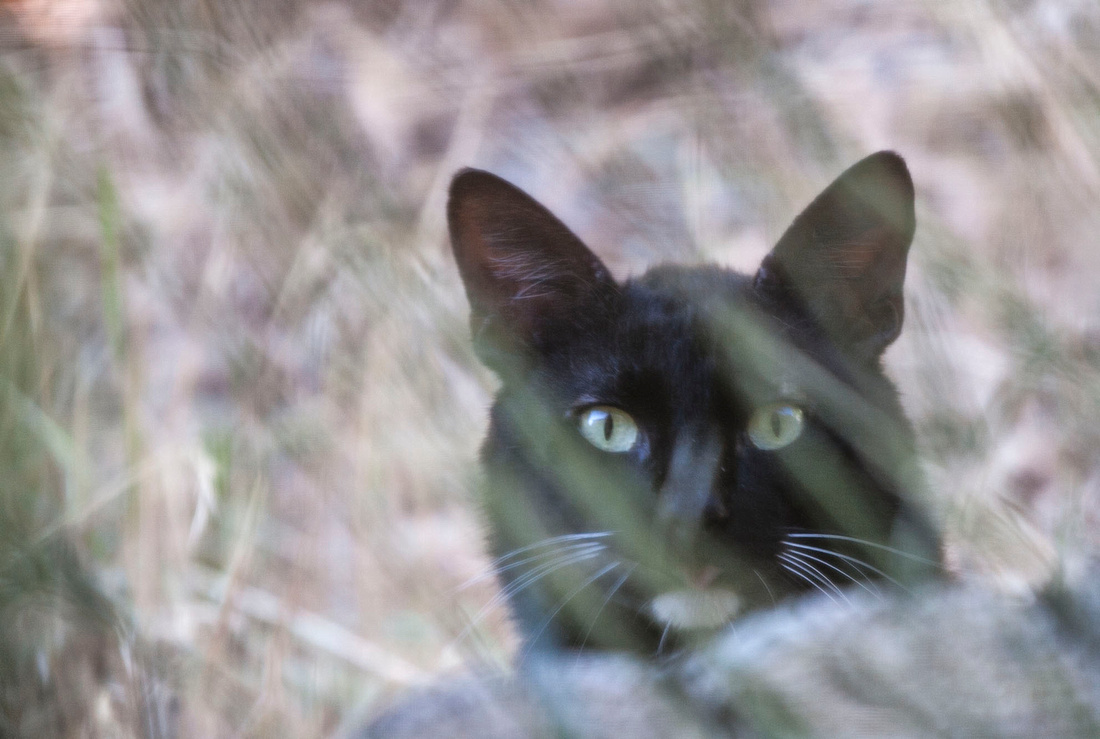 Mystery kitty looking in the kitchen window sticking his tongue out at me.

I think he might belong to the neighbor's to the south of us, but this kitty has been coming around mournfully meowing at dawn, peaking in the windows at all hours of the day and night, and driving our kitties crazy. He's a really handsome kitty, and he acts like it wants to make friends, but the second he sees us move toward the door or if I talk to him through the open kitchen window, he's off like a shot.

Spunk is very worried about this new cat on the block, and in an effort to protect the household from this invader, Spunk has been marking his turf and securing the perimeter. 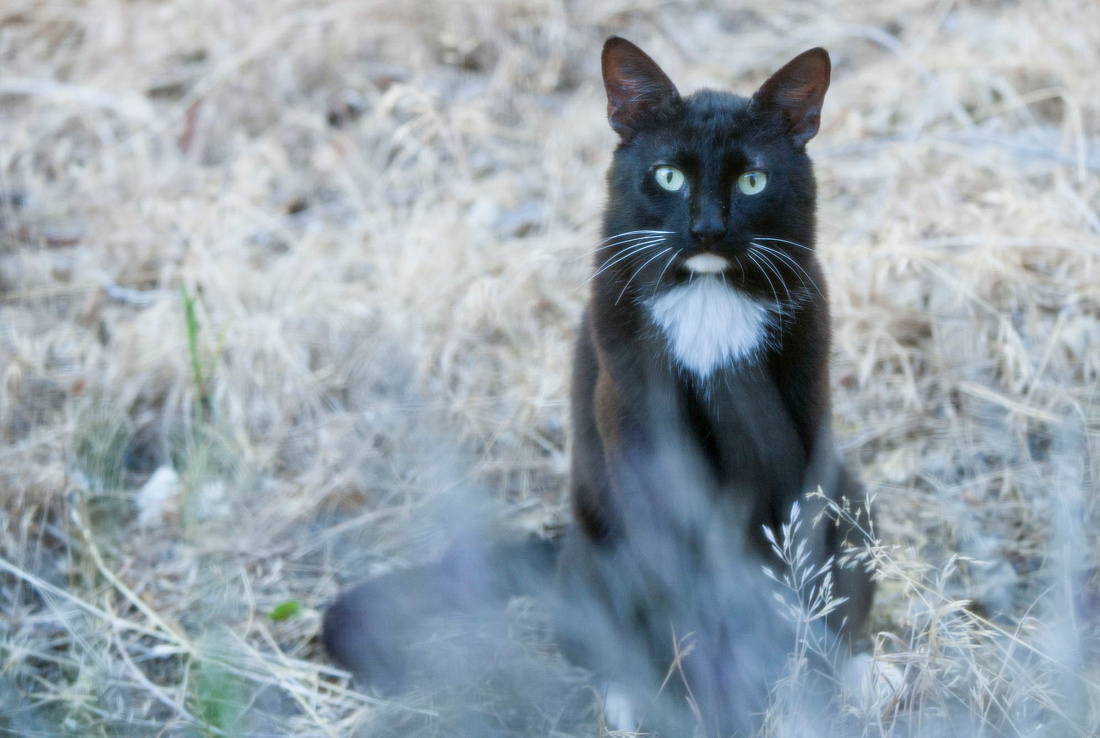 Mystery kitty sitting out in front of the kitchen window posing for me. 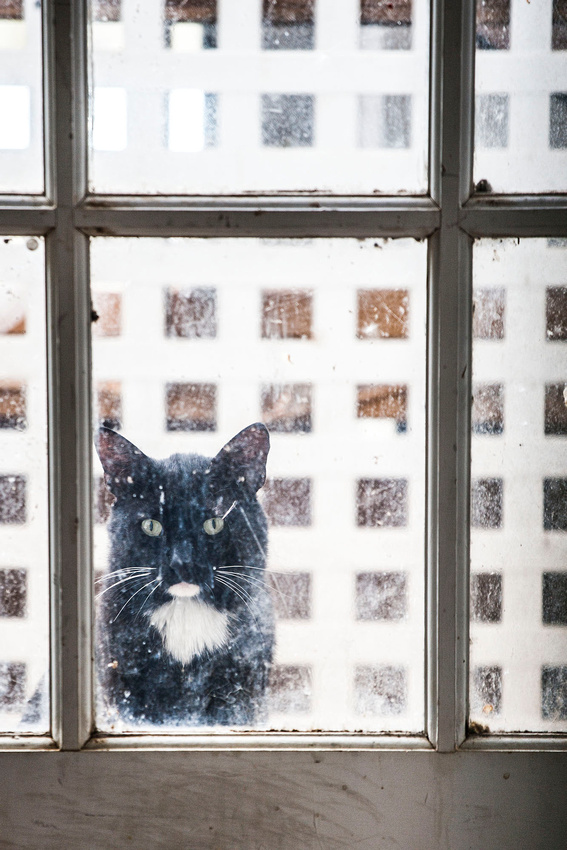 He sits on the deck and looks in through the glass in the door, but he runs the second he sees either of us coming to the door. 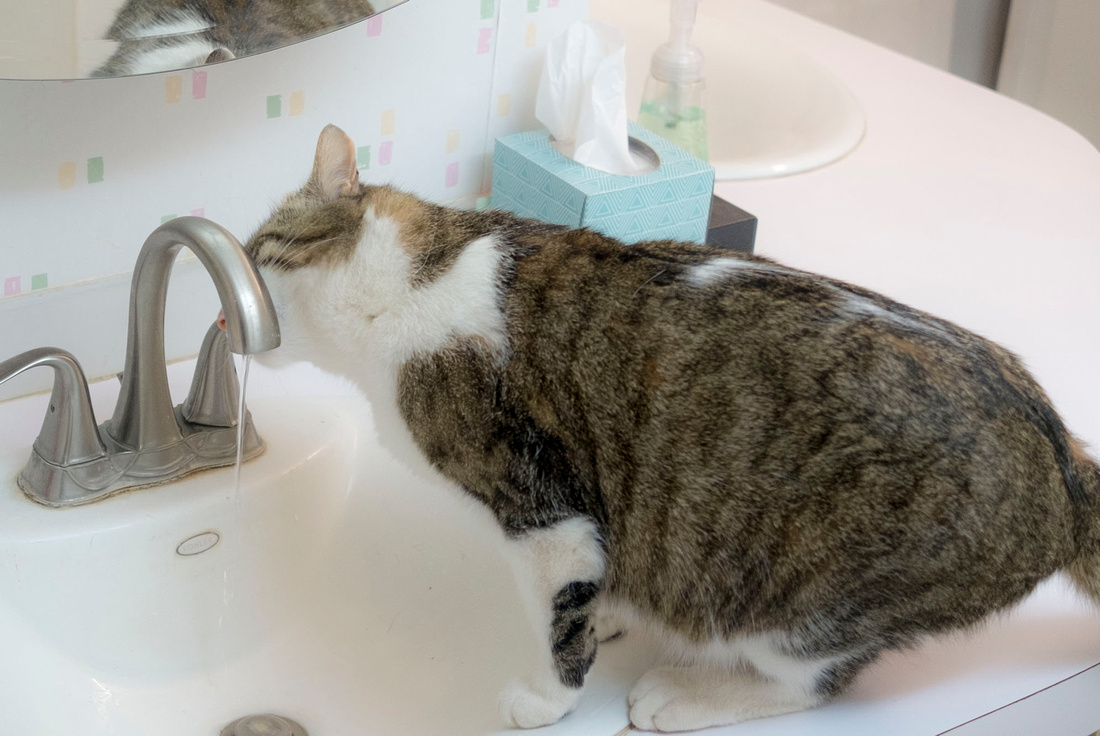 Spunk "The Urinator" reloading at the bathroom sink

Pissy cat Pissy cat where have you gone?
Securing the perimeter from dusk until dawn
Golden beads tumble down surfaces standing on end
From the shake of your tail and the squirt that you send
Saving us from the new cat on the block
Marking your turf, if you could only use chalk
Pissy cat Pissy cat where did you go?
Forget that question I really don’t want to know 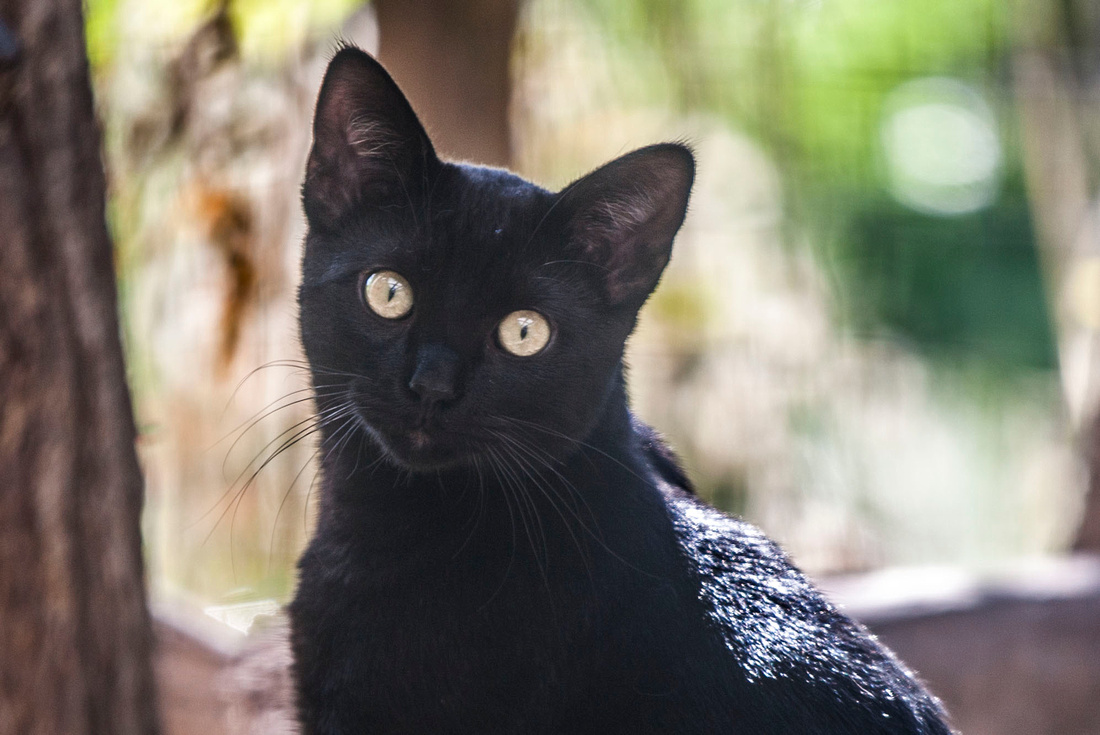 Loki in the catio 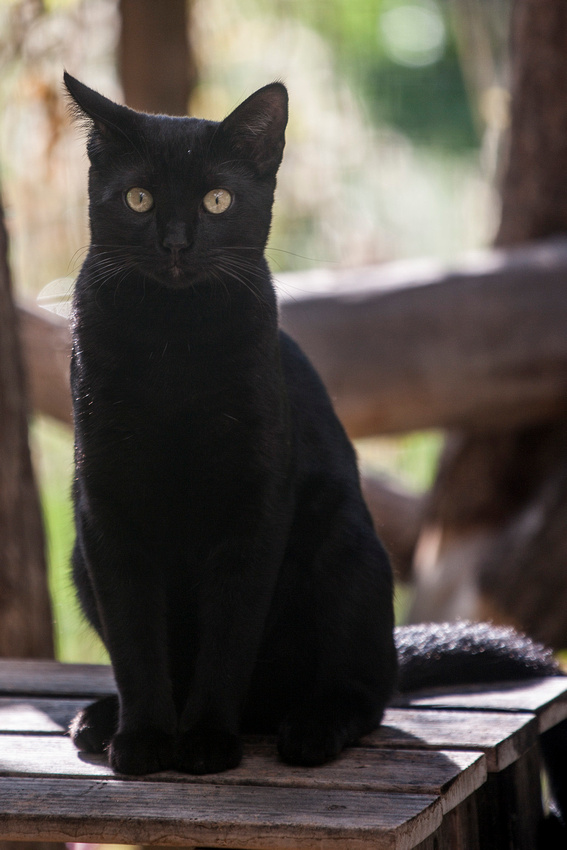 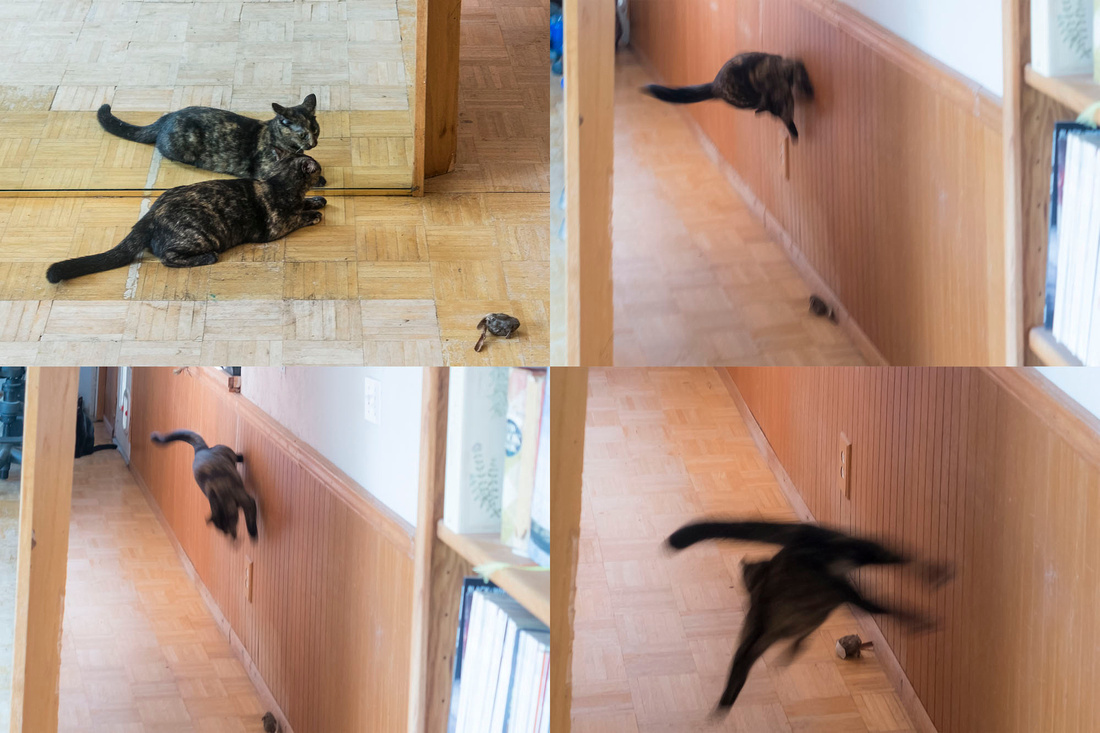 Marble playing with her mouse and bouncing off the walls 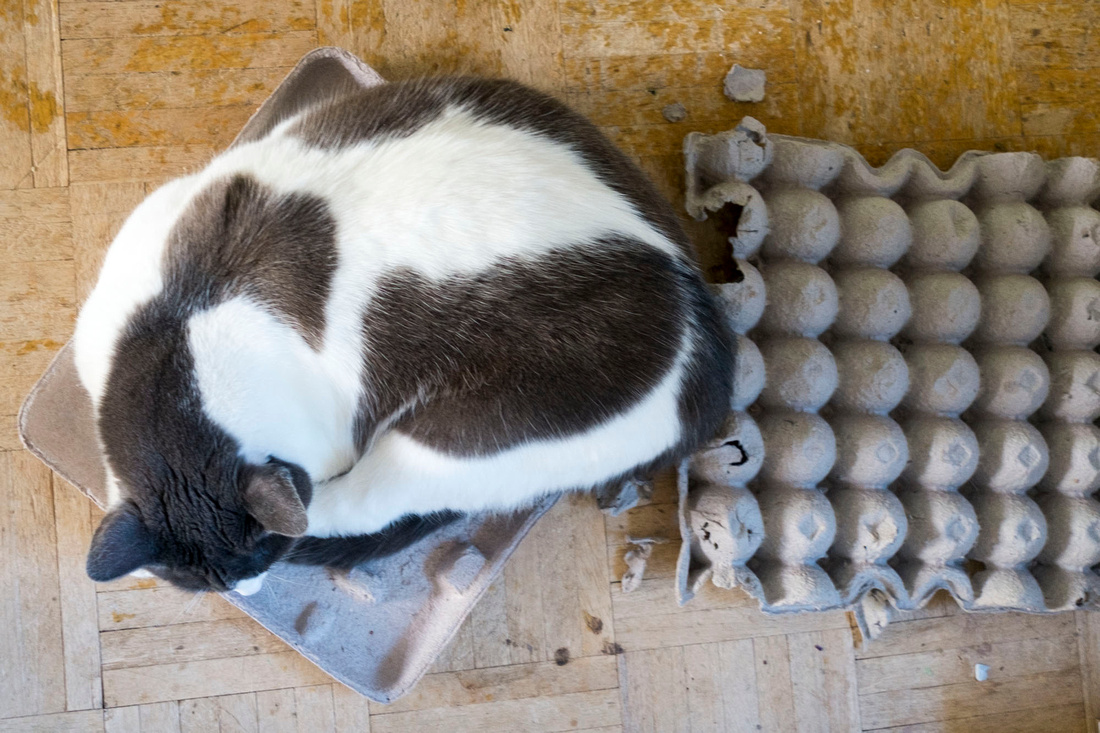 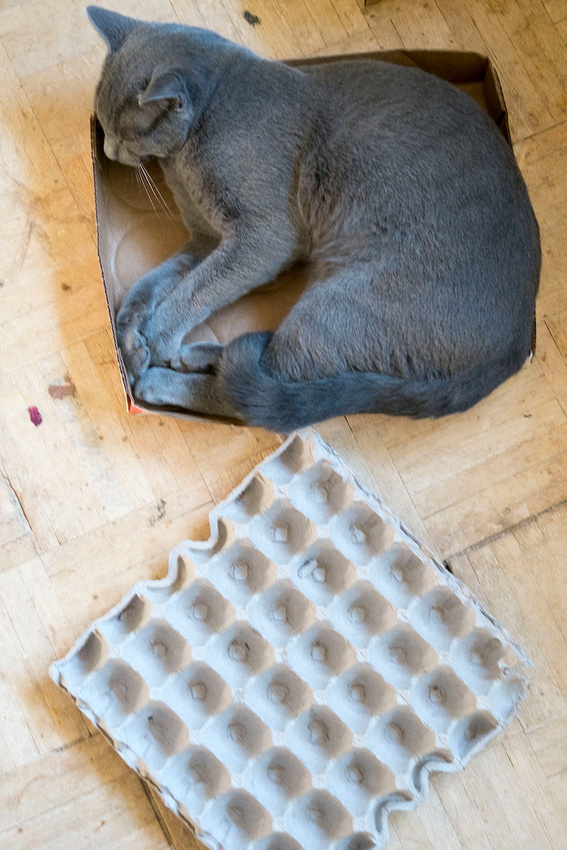 T & L Photos
He seems to doing just fine with lots of early morning mournful songs in his repertoire to serenade us with. Thanks, Teagan.
Teagan Geneviene(non-registered)
Aw... he does look awfully sad. I hope he's okay. Hugs.
T & L Photos
Thanks, Julie!
Julie(non-registered)
Oh that kitty looks so sad .. I bet he would love to come inside and join in. Looks like he wants some love .. I always enjoy your kitty pictures Tim
T & L Photos
Hi Janna! I told Spunk I'd go outside and mark the perimeter of the property for him and that would be more effective, but he wasn't convinced. Marble is a funny one.
No comments posted.
Loading...
Subscribe
RSS
Recent Posts
Last Post on Zenfolio Walk, Run, Splash, Fly A Walk in the Snow We Wish You a Merry Catmas Cranes, Train & A Full Moon on Winter Solstice I Had A Dream Shrink Wrapped Fly Away Fire & Phantasm First Snow on the 2nd
Archive
January February March April May June July August September October November December
Timothy Price
Powered by ZENFOLIO User Agreement
Cancel
Continue