Beaver on the Bank 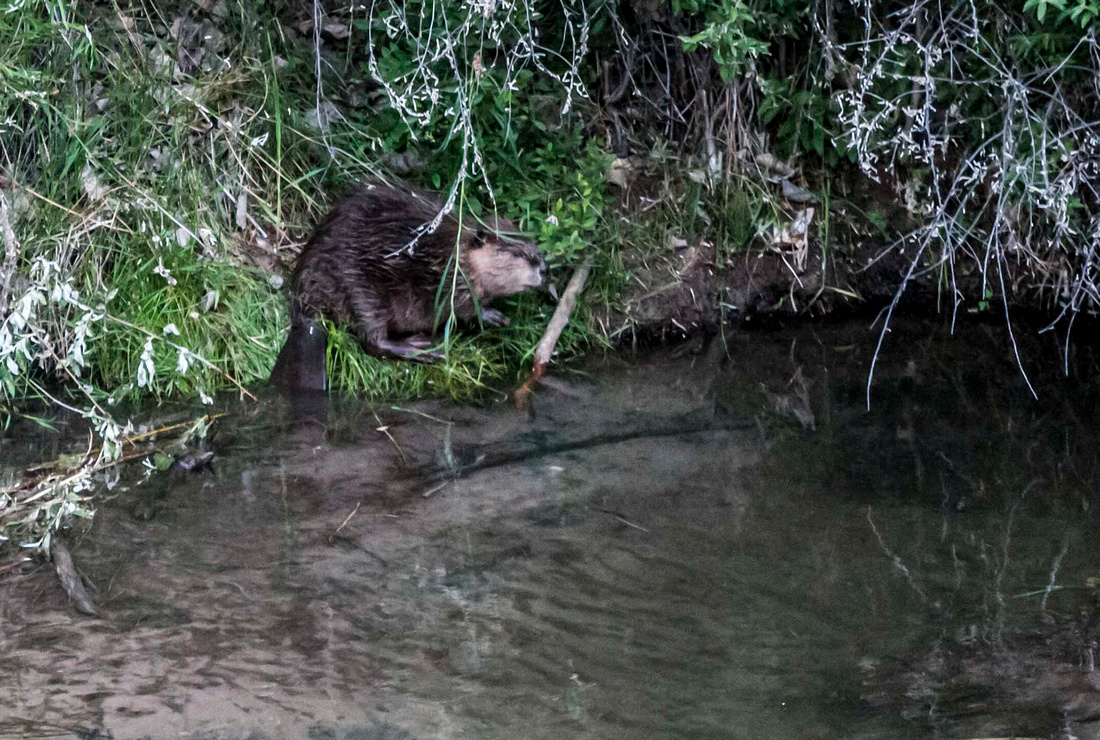 I'm not sure the beaver could see us, but he seemed to hear us talking.

I was talking to a couple who live two properties south of us who were walking on the ditch bank this evening. The sun had been down about 20 minutes, so it was pretty dark, but I noticed a little movement on the bank across the clear ditch from where we were standing. I asked the couple if they could see the beaver on the bank. The woman said she could see it, but the man was having a difficult time seeing it. I set my ISO up to 3200, focused the best I could on the beaver, and snapped a couple of shots. The couple asked if there was enough light to photograph the beaver. I said, just barely, and showed them the images on the screen. They were amazed that I could get such clear photos out of the darkness, but I explained that while the images looked clear on the camera's little screen, they might not be very clear on the computer. About half of the shots were relatively clear, and these three are the best of the set. It was nice to get photos of the beaver out of the water. 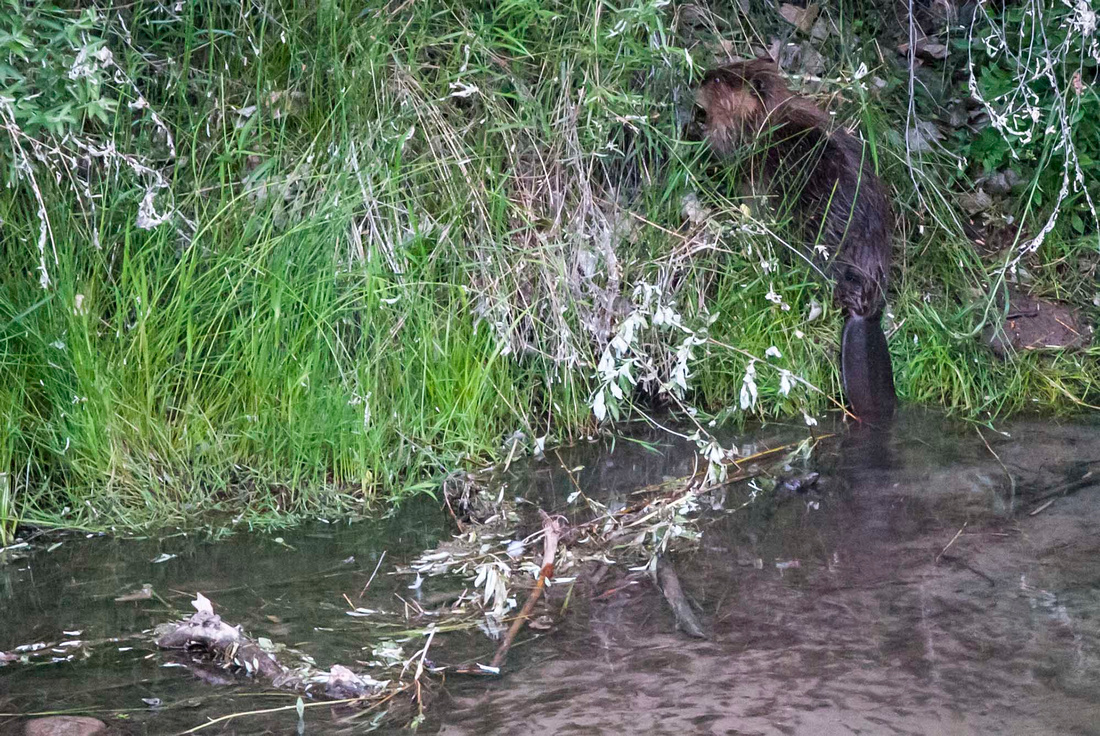 Despite our blabbering on about him, he foraged around a little in the grass on the bank. 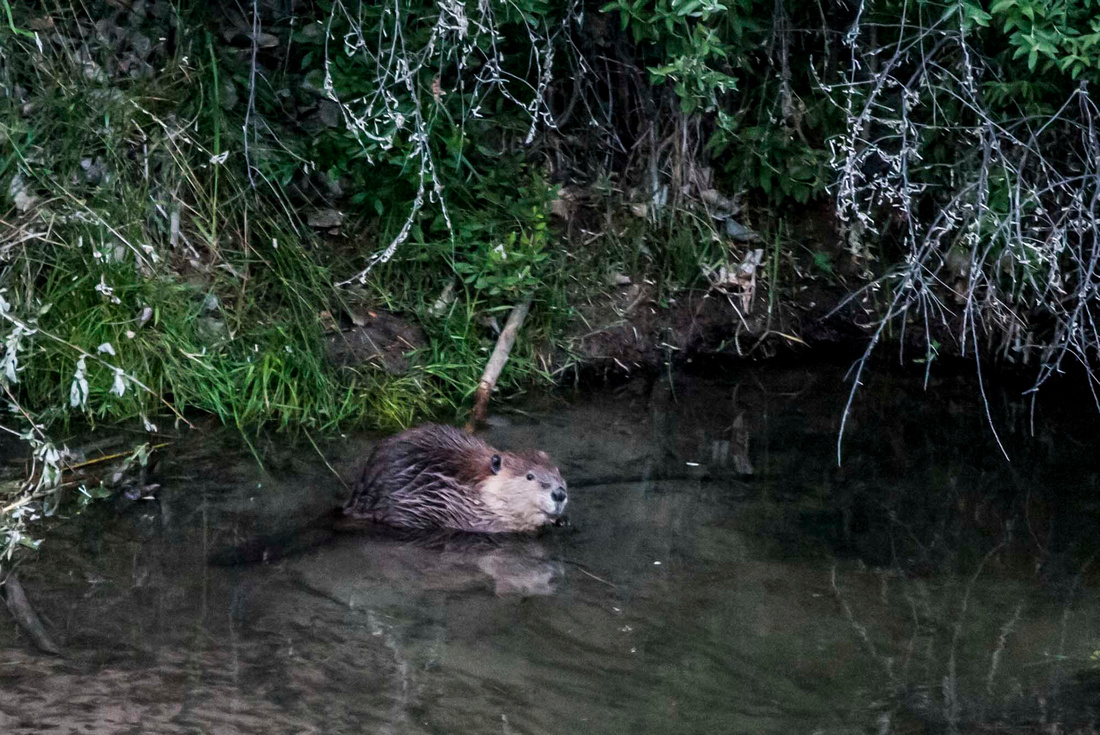 Not too sure about us standing above him talking, he got back in the water. He swam around a little, got back out onto the bank, and then got back into the water. All those shots were marginal.