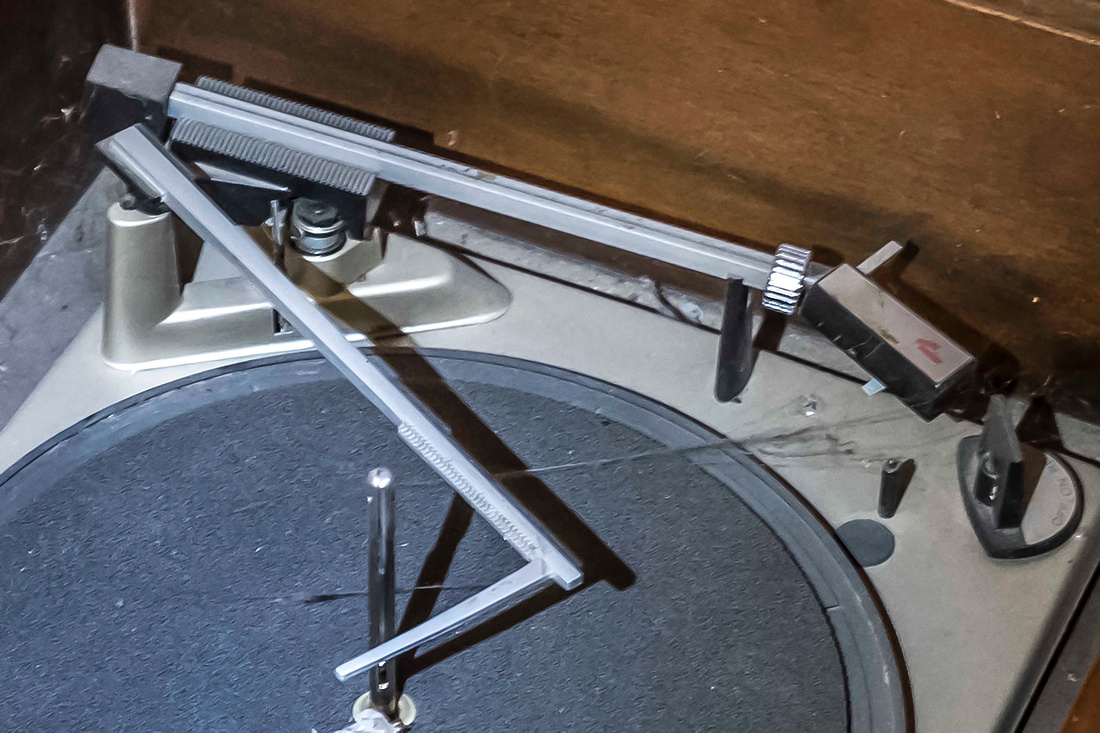 Time to dust off the turntable

I celebrated Record Store Day by going to Charley's 33's & CD's on the corner of Menaul and Pennsylvania to see what they were doing to celebrate Record Store Day.  The owner informed me that I missed all the action, as people lined up around the store before it open at 11:00 AM this morning, and bought up all the Record Store Day specials by noon. Unfortunately, I couldn't get there by 11:00 AM, because I was finding and repairing a leak in the pump house (that's another story for another day). However, it was still a celebration to visit Charley's, talk to the owner and hear stories about Record Store Day and their 30 years in business. Charley's 33's & CD's is a huge store, taking up four retail spaces, and they have a large inventory of LP records, 45's, CD's, cassette tapes, posters, tapestry, clothing and record store paraphernalia. Walking into Charley's took me back a few decades and brought back memories of when I was a teenager and buying the latest hit release was fun and exciting.

As I got older, and we wanted a bouncy dance floor in the house, records became more of a burden — our good turntable took up a lot of space, plus the records would skip when we danced, so I had to record the vinyl to cassette tape; therefore, Laurie and I were very excited when Compact Discs came available and we got into CD's early on — I think we bought our first CD player and CD's in 1984. I remember people telling us at that time that getting into CD's was silly because they wouldn't catch on. I said there would come a day when records wouldn't be available. That day came a lot sooner than I ever expected, but there has always been a small niche market for used vinyl — as I mentioned, Charley's has been in business for the past 30 years; however, new vinyl is making a comeback as people who want the superior fidelity of vinyl seek it out, but now people who want the cool factor and physical asset of a vinyl record are bringing records back into style. I read an article about Record Store Day that said vinyl has become a billion dollar industry again. I sill get email from Disc Makers from the days when we were mass producing music CD's for a local musician, and Disc Makers are producing vinyl again — they have lots of information about how to put together recordings suitable for vinyl.

Nowadays, I'm happy with digital music, although my first choice is listening to it through our old stereo and a pair of speakers I built when I was designing and building speakers back in the late 1970's. I have not heard very many commercial speakers that sound better than the pair I built.  While I still have boxes and boxes of cassettes tapes, and nothing to play them in, I gave my vinyl collection and good turntable to Tristan — she has room to store the records, young ears to appreciate the fidelity of vinyl, and our record collection is still in the family. While I'm not one who consumes vinyl records, I still do film photography, so I understand the physical asset of a process that has also been consumed by the digital world. Sometimes, those old, physical products and processes are so much more magical and comforting than what can be a cold and lonely digital abyss in cyberspace.

If you missed getting out to a record store for Record Store Day, you can still celebrate at Amazon and purchase the Keepsake album by Lavinia Ross, available in streaming, MP3 and CD, and/or Billy Momo's latest album Seven Rivers Wild, available in MP3, CD and Vinyl. 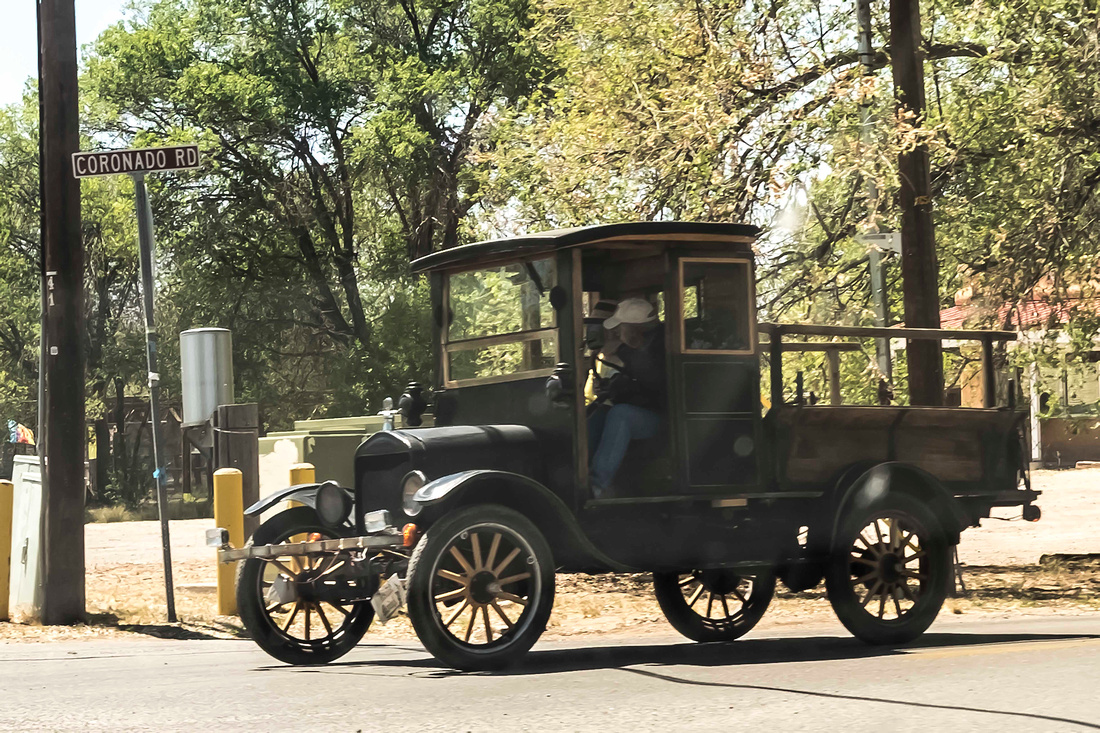 A funny thing happened on my way to the record store 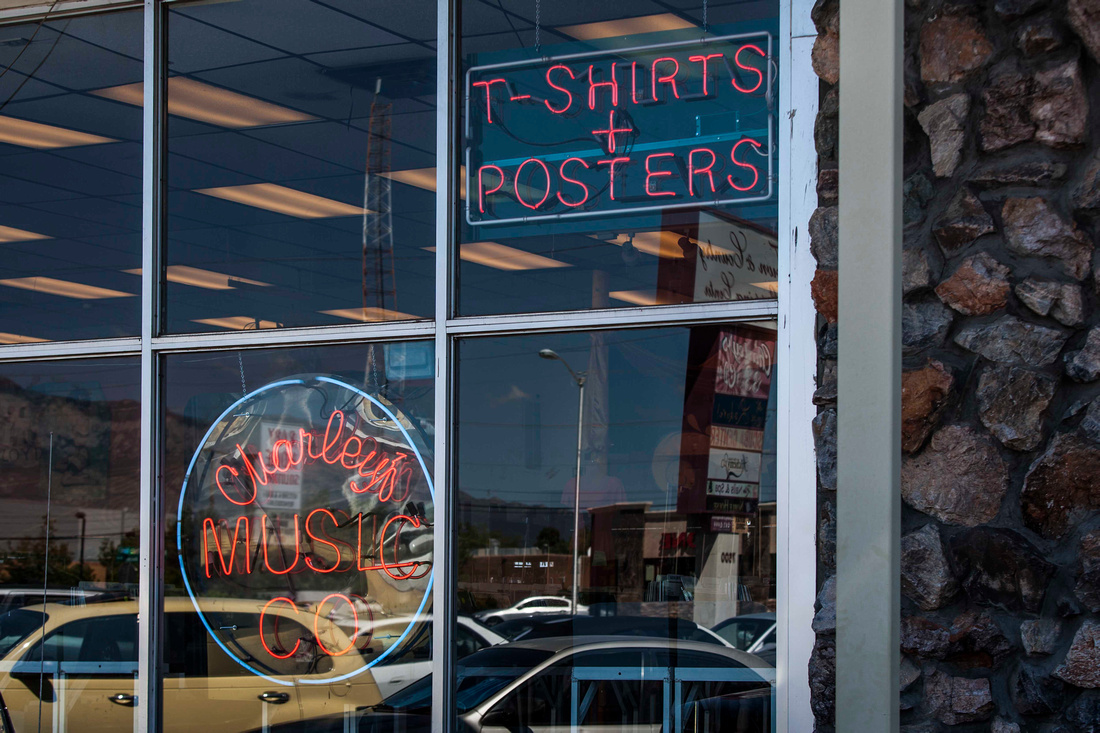 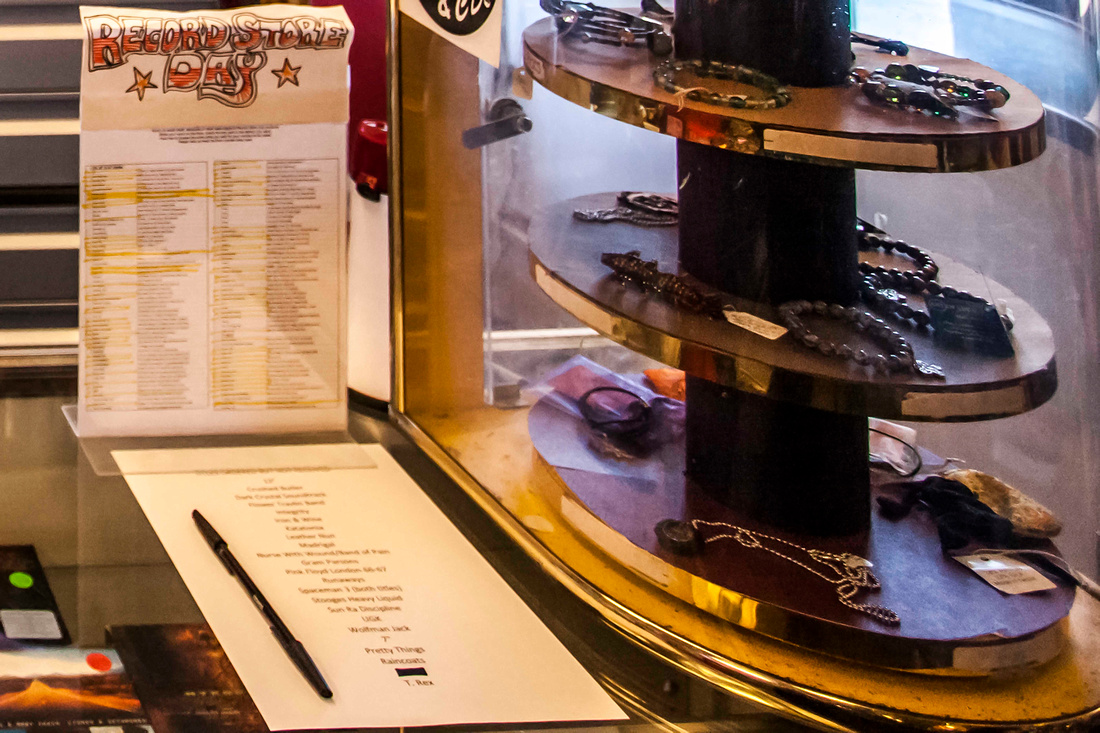 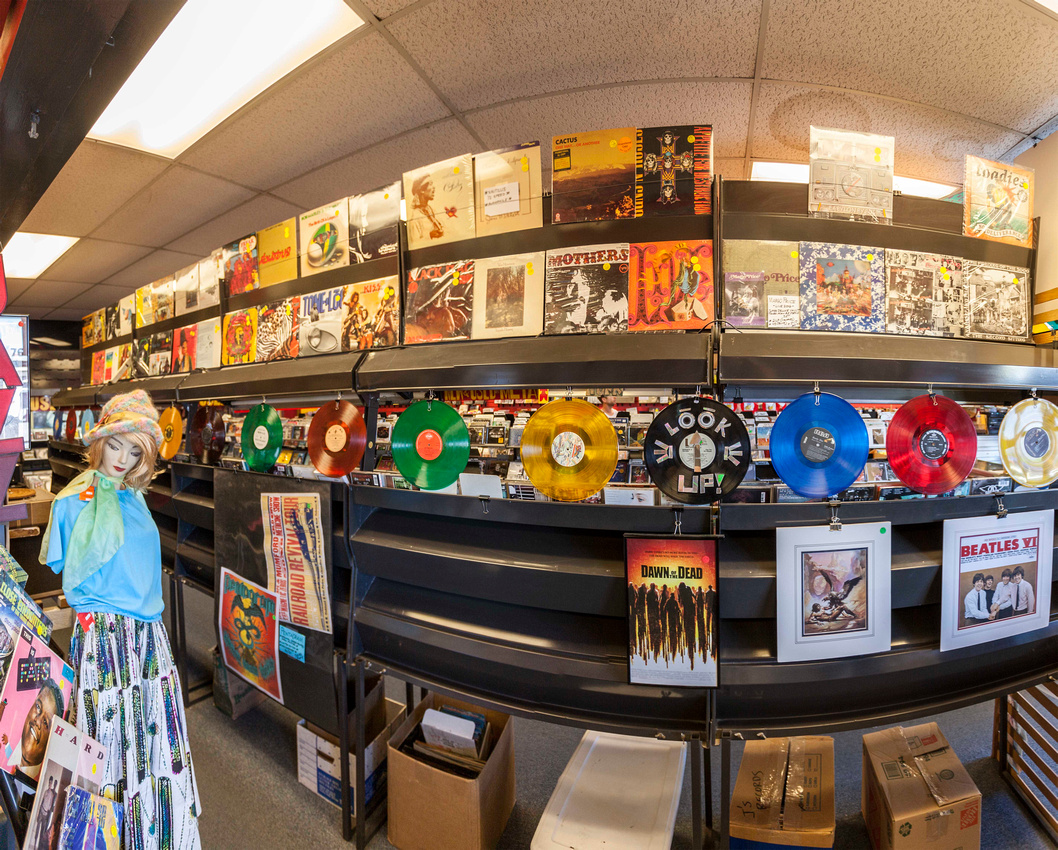 Charley's has lots and lots of space 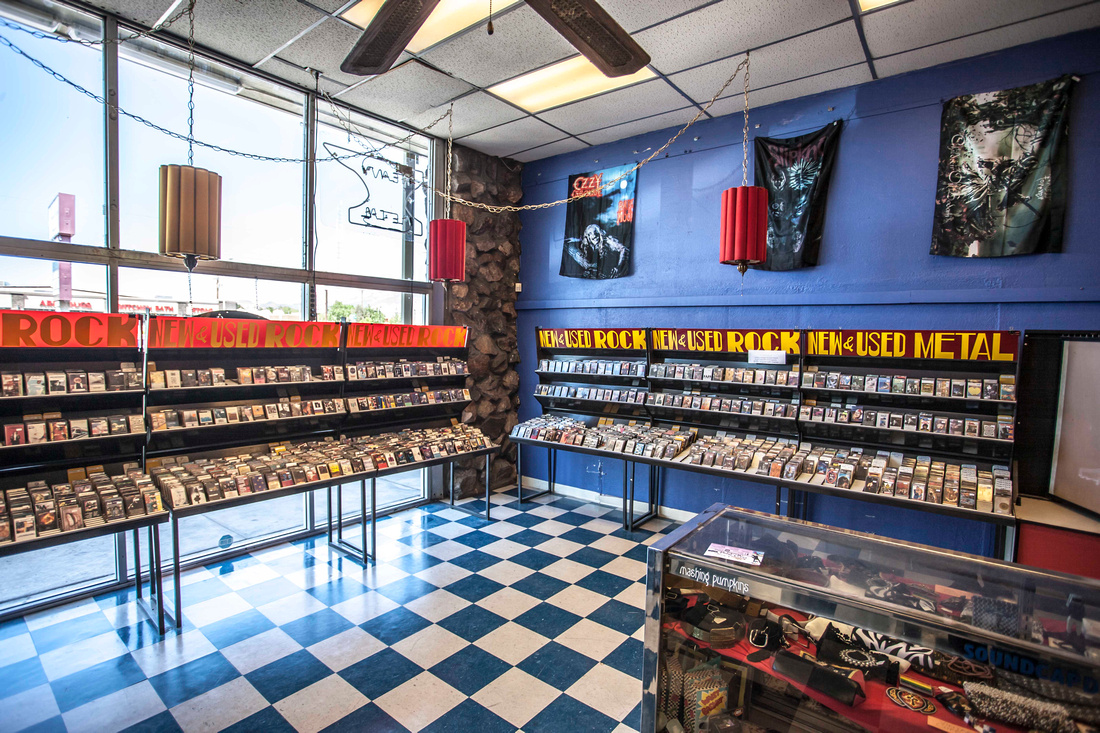 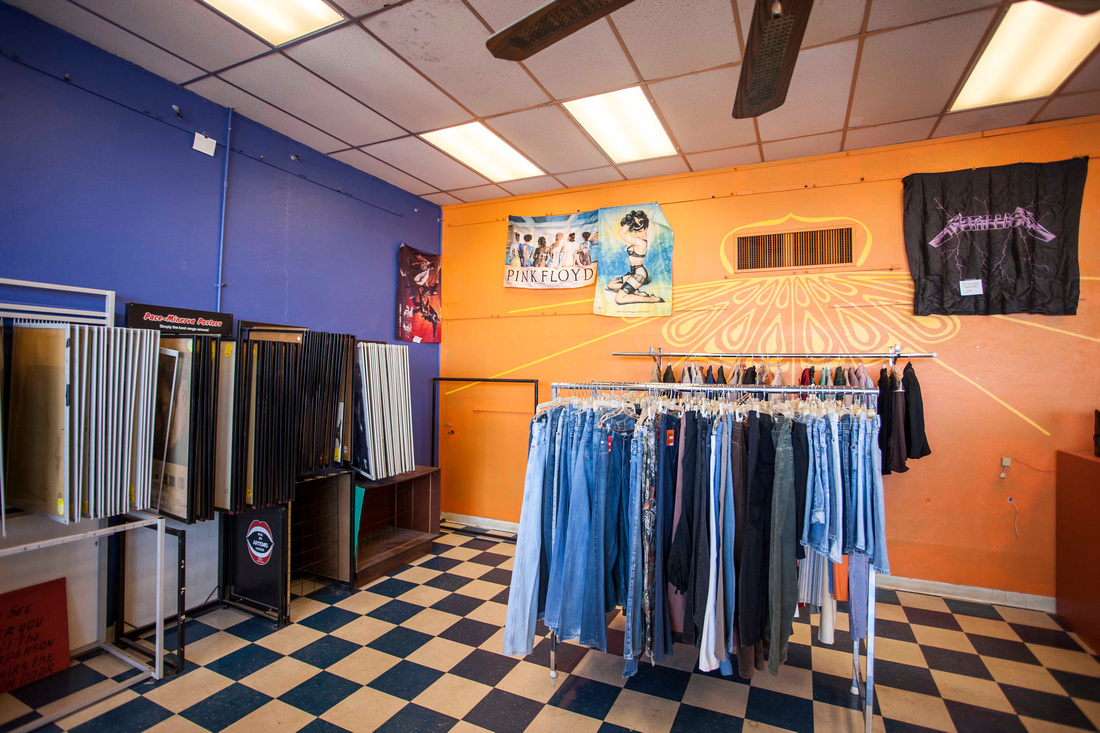 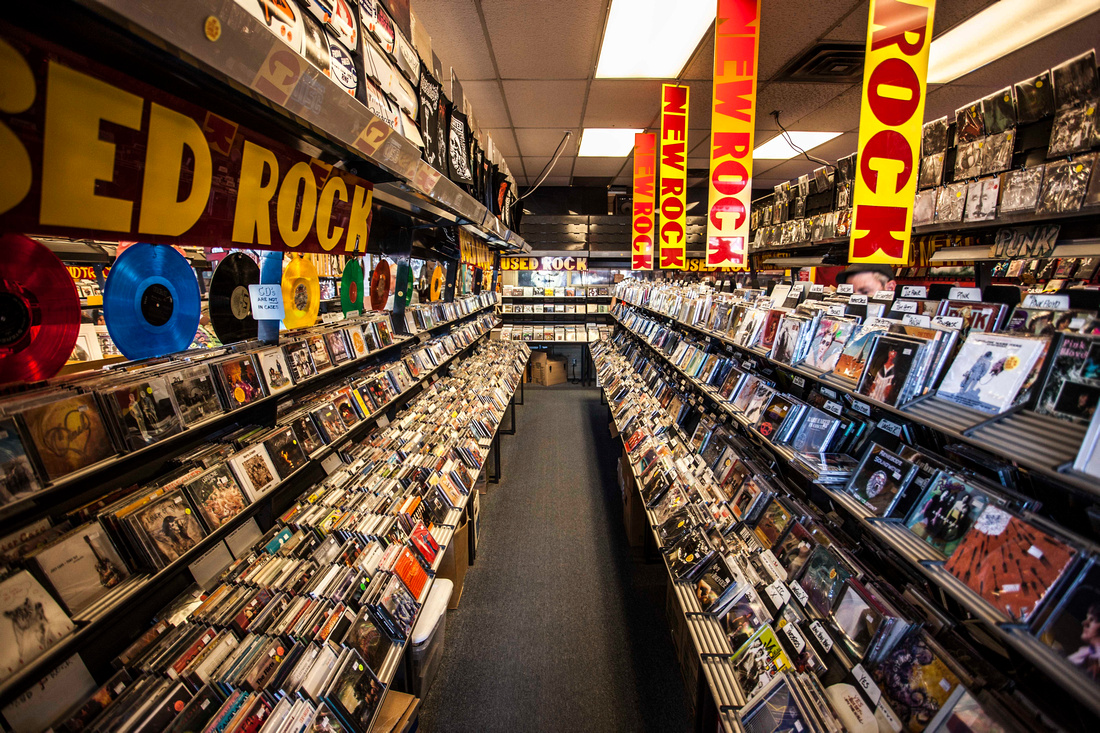 Rows and rows of music 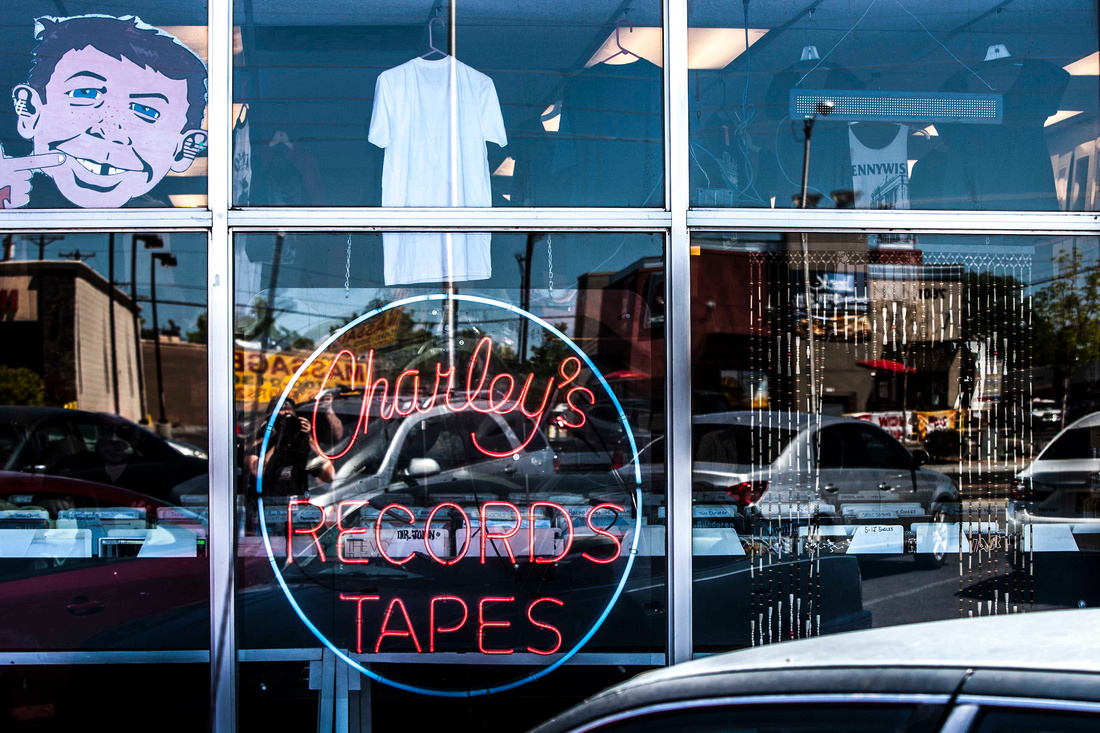 What's a record store without Alfred E. Neuman in the window? 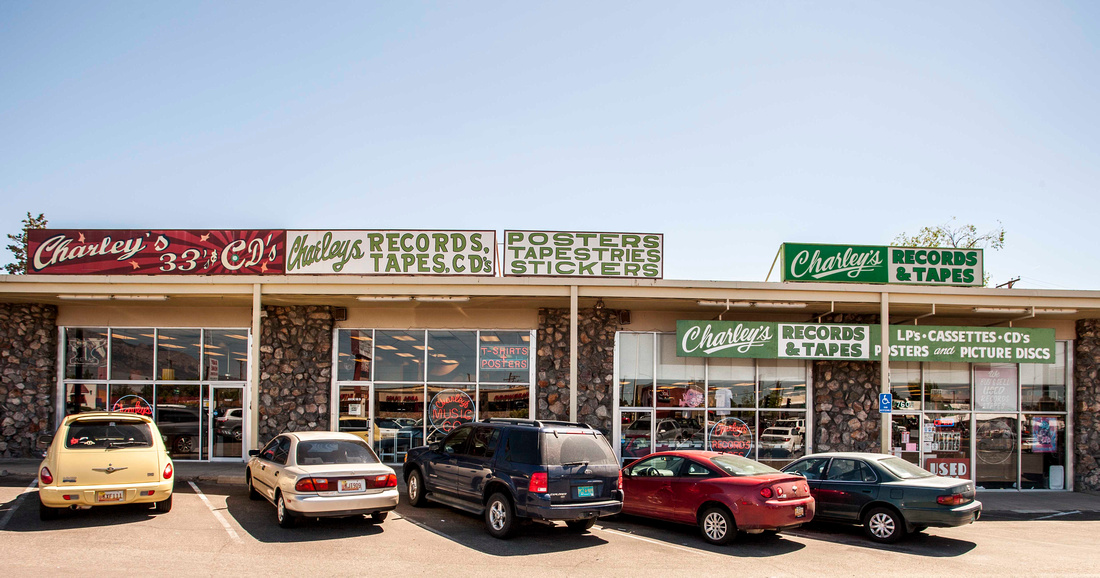 T & L Photos
Hi Billy Momo! I love your music and tell everyone to check it out. It was fun to be in a record store again. I used to hang out in record stores and buy various albums. Then I would spend hours recording playlists onto first reel to reel tapes, then 8-track tapes, then cassette tapes, and then CDs. I started compiling playlists in iTunes and putting them on an iPod around 2004 and now I can put them on my phone. The digital experience is perfect for me, but albums have a nostalgic place in my heart.
Billy Momo(non-registered)
Thanks so much for recommending our music, Timothy! Those nice pictures really makes a band like us drible...
T & L Photos
Thanks Pepe!
T & L Photos
Hi Herman! There is something very satisfying about holding a record by its edges and getting good vibes from its grooviness.
T & L Photos
Thanks, Harry!
No comments posted.
Loading...
Subscribe
RSS
Recent Posts
Last Post on Zenfolio Walk, Run, Splash, Fly A Walk in the Snow We Wish You a Merry Catmas Cranes, Train & A Full Moon on Winter Solstice I Had A Dream Shrink Wrapped Fly Away Fire & Phantasm First Snow on the 2nd
Archive
January February March April May June July August September October November December
Timothy Price
Powered by ZENFOLIO User Agreement
Cancel
Continue