He Lit Up Our Lives 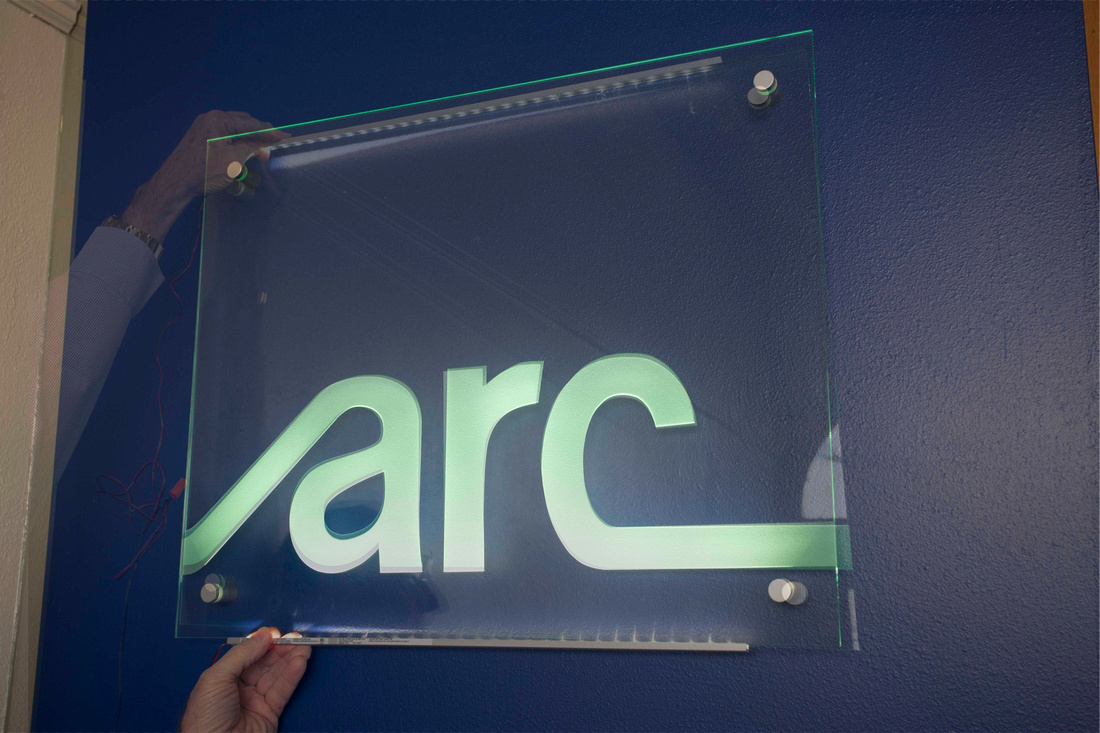 In the summer of 2011, I was getting spam mail from Kevin, the secretary and Kevin's boss at RKL about a big architectural LED lighting show they were sponsoring. I called Kevin and asked what all the spam mail was about, and he said I had to go to the show because it would be the coolest show ever.  The day of the show, I dropped Laurie off at the University and then dropped by the LED light show on my way to the office. Kevin introduced me to all the vendors who showed me a lot of really cool LED lighting that had just come on the market. As I was leaving, Kevin asked if I had put my name in for the drawing. I had not, so I walked back to the table, filled out the form, and dropped in the the box. I paid no attention to what the prize was, because I never win drawings like that.

A little after 5:00 that afternoon, I got a call. Kevin was on the line — "Dude" he said "You won!" I asked him what he was talking about. I had forgotten all about the drawing. "The drawing!" Kevin said "You won the drawing!"   "Oh! The thing I filled out at the show?" I replied. "Yeah man! You Won!" Kevin said excitedly. "What did I win?" I asked sounding confused. "Oh dude. Don't you even know what you put in for on the drawing?" He asked. "All I remember is you asking me to enter the drawing. I didn't pay attention to what the drawing was for." I told him. "It's a 55 inch Samsung LED Screen and a blue ray player." He said. "Wow!" I replied "I had no idea. That's amazing." "Congratulations!" Kevin said as we discussed when and how I was going to get my prize.

Fast forwarding to the present, as part of the painting we had done at the office over Christmas break in December, I had a glass sign made with ARC’s logo etched in it. I got the signed mounted on the wall at the entrance to the office at the end of January. We had been looking at how to light the sign, so I called Kevin the day after I mounted the sign to see if he had any lighting solutions. We had purchased all of the lighting fixtures in the office from RKL over the years based on Kevin's recommendations. He was a great salesman — he could converse intelligently on most any subject, he remembered everybody’s names, and he had a great sense of humor. We had also developed a good friendship over the many years I knew him as we had many interests in common.

I dialed Kevin on January 31, 2017 — “Hi Kevin. Tim. I just installed an etched glass sign that I need to light.”
“How thick is the glass?” he asked “1/4 inch? perfect, I have just what you need. Are you available this afternoon? I have to go by the storage unit and get the kit, and then I’ll swing by in about an hour or so.”

About an hour later Kevin showed up with a bag of various LED light strips made to be mounted on the edge of 1/4 glass, The strips direct light through the glass illuminating the area etched in the glass.

Kevin held the light strip on the bottom, and then on the top of the sign while I photographed it. We figured out the length of the LED strip, and the temperature of the light we needed to order based on the manufacturer’s specs. Kevin sent me a quote for the light a few days later, and I dropped a check off with the order on February 8, 2017. It would take about six weeks for the light strip to be delivered.

I learned that Kevin died on Saturday, March 4th last Monday. I was shocked and sad. During the last conversation we had, only a month ago, we talked about lighting, music, bicycles and cameras, and we were planning to go out to lunch when the lights came in. Sadly, his funeral was today and I will never share another lunch with Kevin.

T & L Photos
Thanks, Dweeze!
Dweeze(non-registered)
I know that feeling. It's good you had the chance to get to know each other however briefly. Sounds like a cool guy.
T & L Photos
Thanks, Julie!
Julie(non-registered)
Oh dear .. I'm so sorry Tim. Such sad news. Thinking of you and your friend ..
T & L Photos
Thanks, Juanita!
No comments posted.
Loading...
Subscribe
RSS
Recent Posts
Last Post on Zenfolio Walk, Run, Splash, Fly A Walk in the Snow We Wish You a Merry Catmas Cranes, Train & A Full Moon on Winter Solstice I Had A Dream Shrink Wrapped Fly Away Fire & Phantasm First Snow on the 2nd
Archive
January February March April May June July August September October November December
Timothy Price
Powered by ZENFOLIO User Agreement
Cancel
Continue