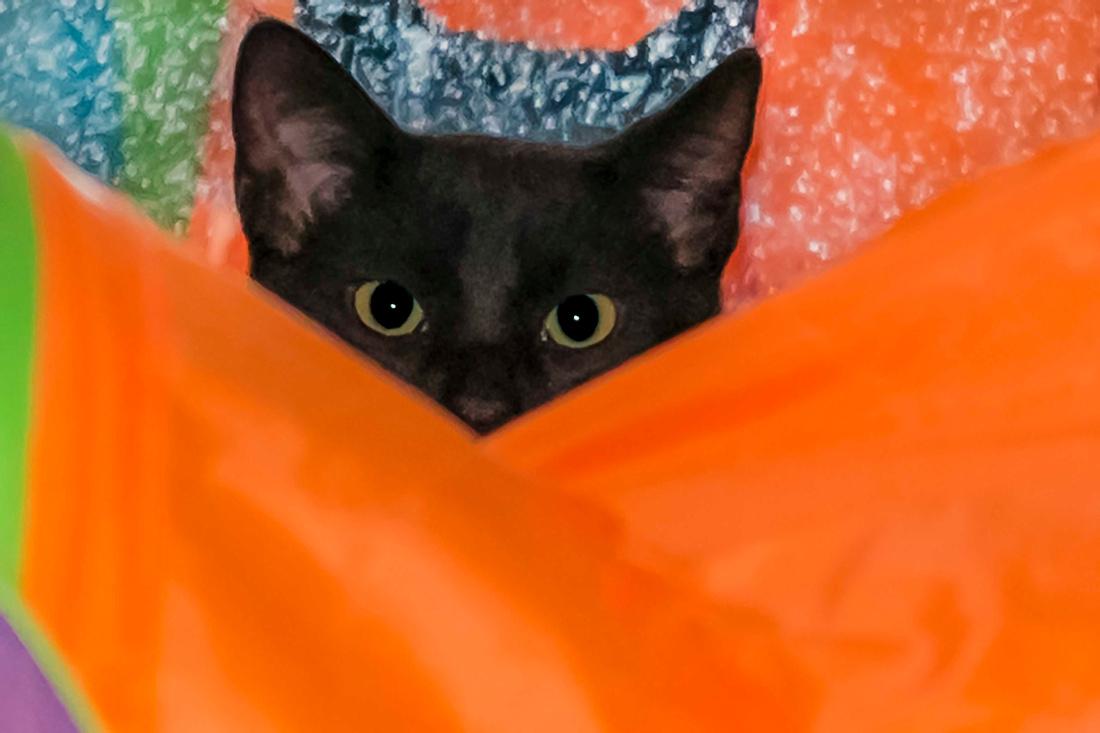 Novem gatti
Fruits of the Spirit
Nine worthies, three of each
But who can say which
Pagans, Christians, Jews? 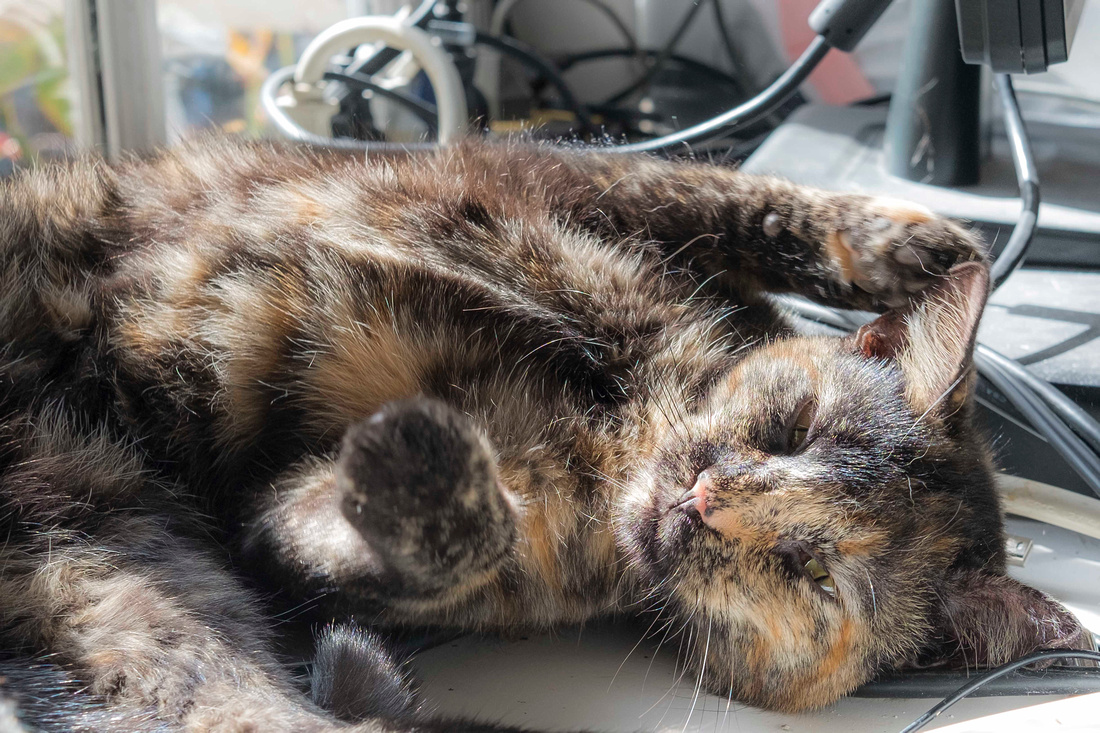 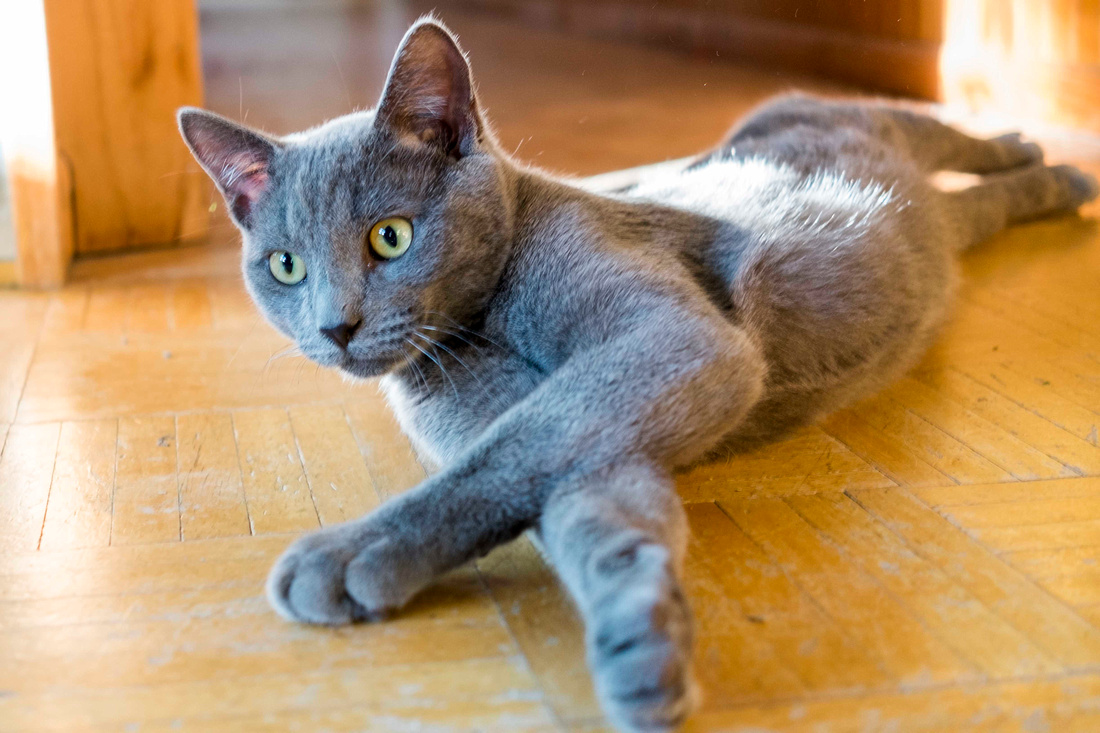 Vanessa, who gave us Spunk, is a real cat magnet. She's been living in Northern New Mexico for the past year, and in January, she found these three kittens. They were abandoned in fifteen degree weather and eight foot snow drifts piled up on each side of the road. She rescued all three, but she will probably be moving, so we have taken them in.  We now have nine kitties in the house.

*I'm mixing three languages in the title: German, English and Fula. Gnari is said to mean Cat in the Fula language, New Guinea. I'm assuming the "G" is silent.

†While Midnight is a good name for a black cat, we decided that since we have four black cats, he needs a less obvious name. Since he is more mysterious than Marble and Silver, we are waiting to see what name will best suit his personality.

The poem is all about Nine:
Nine is said to be lucky in Aquarius, and nine is believed to symbolize divine completeness. Fluorine is the atomic number nine, a clowder is a group of cats, and there are nine fruits of the Spirit. Jacques de Longuyon wrote “Voeux du Paon”, a popular 14th century romance, where he introduced the “Nine Worthies”— three Pagans, three Christians and three Jews: Hector, Alexander the Great, and Julius Caesar; King Arthur, Charlemagne, and Godfrey of Bouillon; Joshua, David, and Judas Maccabeus — who were historical, legendary and scriptural figures that characterized the ideals of chivalry in the Middle Ages. A nonagon is a nine sided polygon, and Beethoven wrote nine symphonies.

T & L Photos
Hi Julie. I looked up a group of cats a few years ago and found a clowder of cats an interesting phrase. We are feeling infested with nine gnarly gnari.
Julie(non-registered)
Oh I never knew a clowder of cats! And how I love them! Nine I'm way jealous Tim :D And such amazing photos ..
T & L Photos
Thanks, Vanessa!
Vanessa(non-registered)
Love 'em! Great pictures*
T & L Photos
Hi David! Lola used to think she was the only critter in the world, who just happened to be a black cat. She has been slowing coming to realize there are other cats in this world that makes up our household, and at the same time, she's finally learning how to be a cat.
No comments posted.
Loading...
Subscribe
RSS
Recent Posts
Last Post on Zenfolio Walk, Run, Splash, Fly A Walk in the Snow We Wish You a Merry Catmas Cranes, Train & A Full Moon on Winter Solstice I Had A Dream Shrink Wrapped Fly Away Fire & Phantasm First Snow on the 2nd
Archive
January February March April May June July August September October November December
Timothy Price
Powered by ZENFOLIO User Agreement
Cancel
Continue