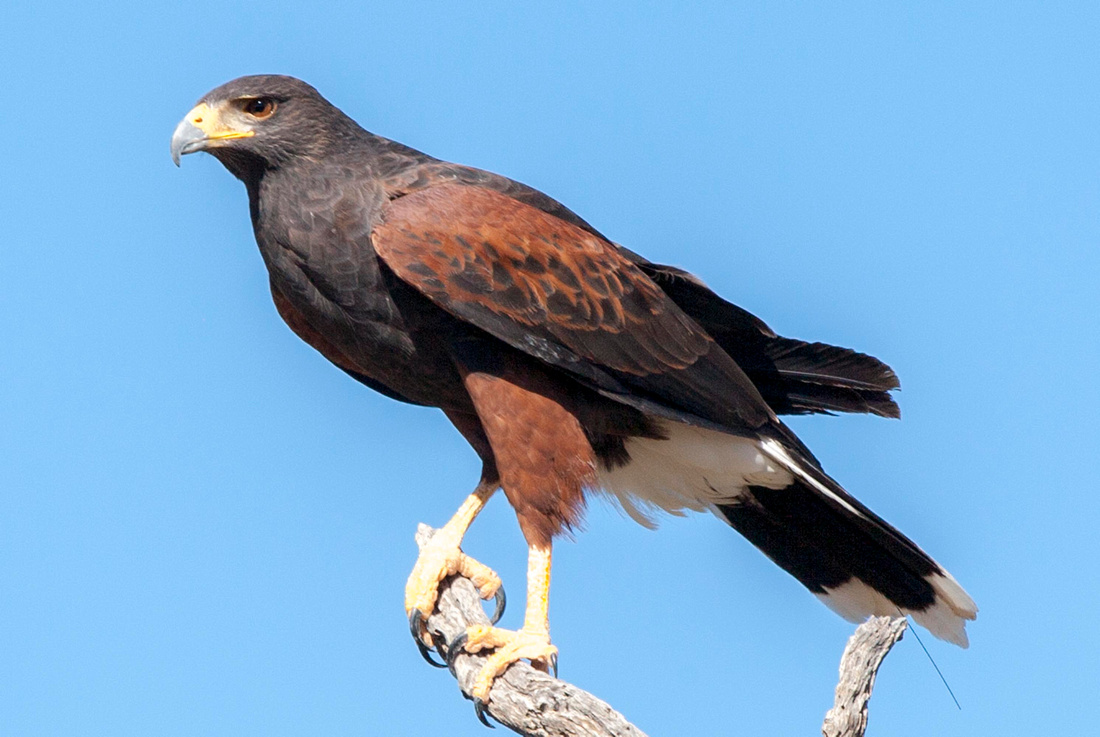 The Arizona-Sonora Desert Museum has a raptor free flight exhibit, which we happened to be just in time for. The stars of the show we experienced were the Harris Hawks. Four Harris Hawks performed for the finale of the free flight show. Harris Hawks have made a regional adaptation to the harsh conditions in the Sonoran Desert by hunting in groups. The Sonoran Desert is the only place that Harris Hawks have been observed hunting and working together in groups. Their distribution in the US is limited to southern Arizona, southeastern New Mexico, and southwest Texas. Their larger distribution is throughout most of Mexico, the west coast of Central America, and the lower elevations of South America.  Free flight shows are great for photographing these raptors because they are close enough to get a lot of detail and action shots. 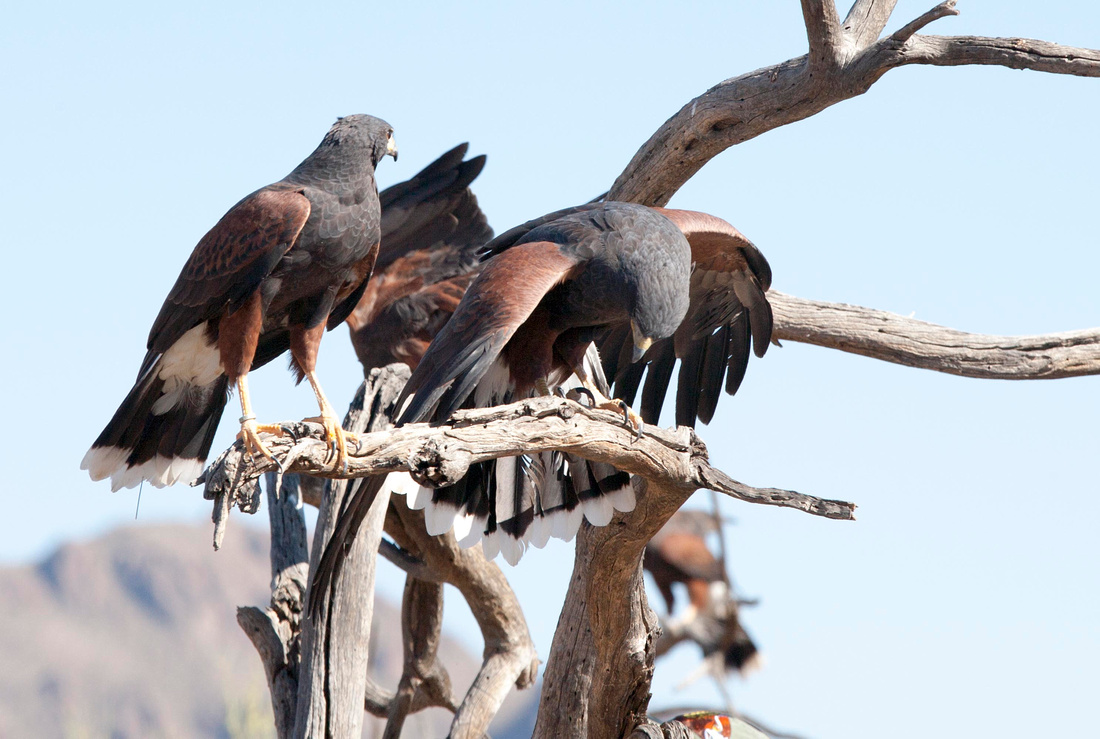 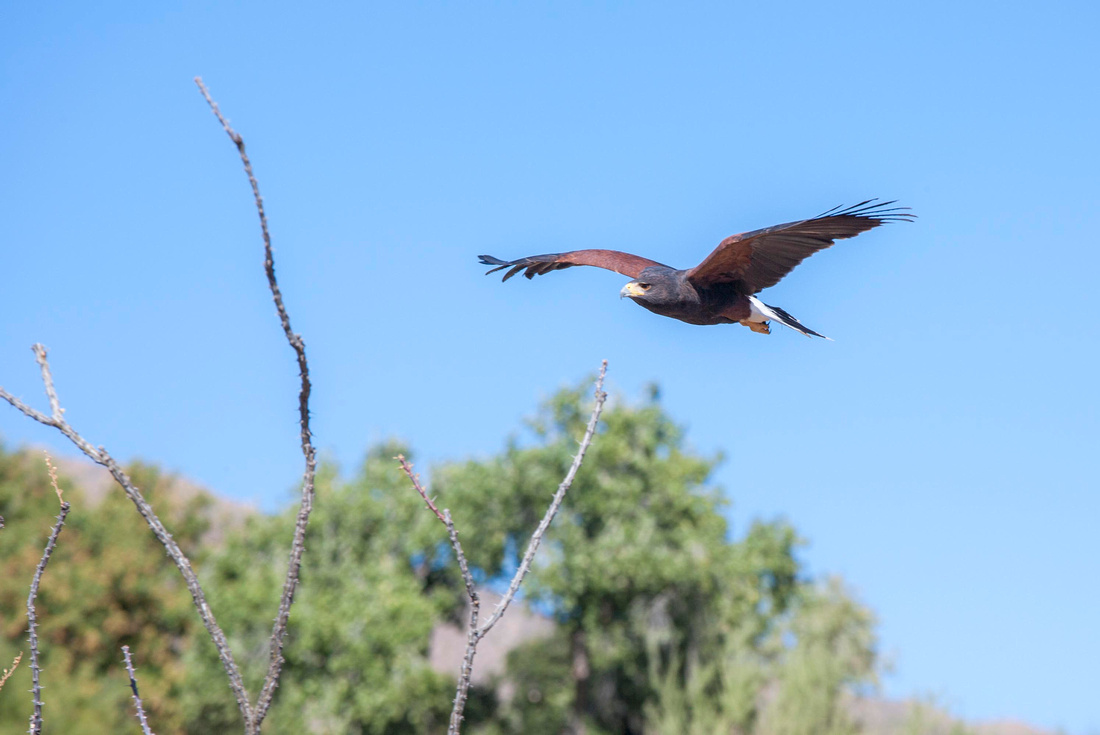 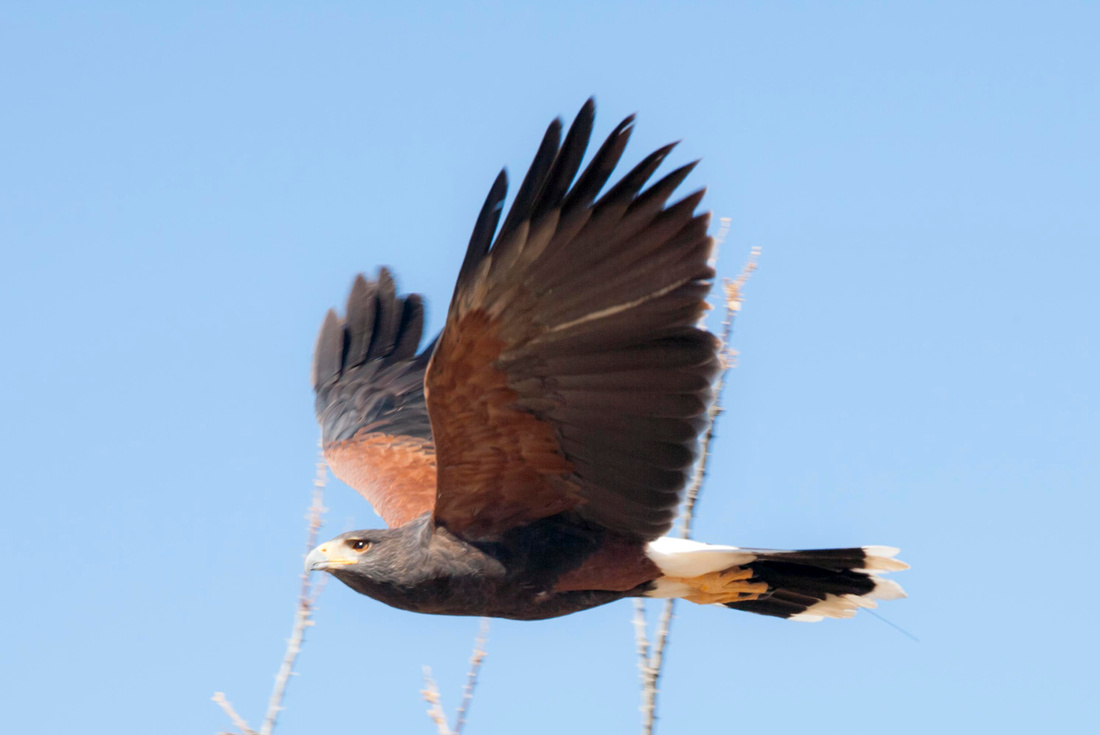 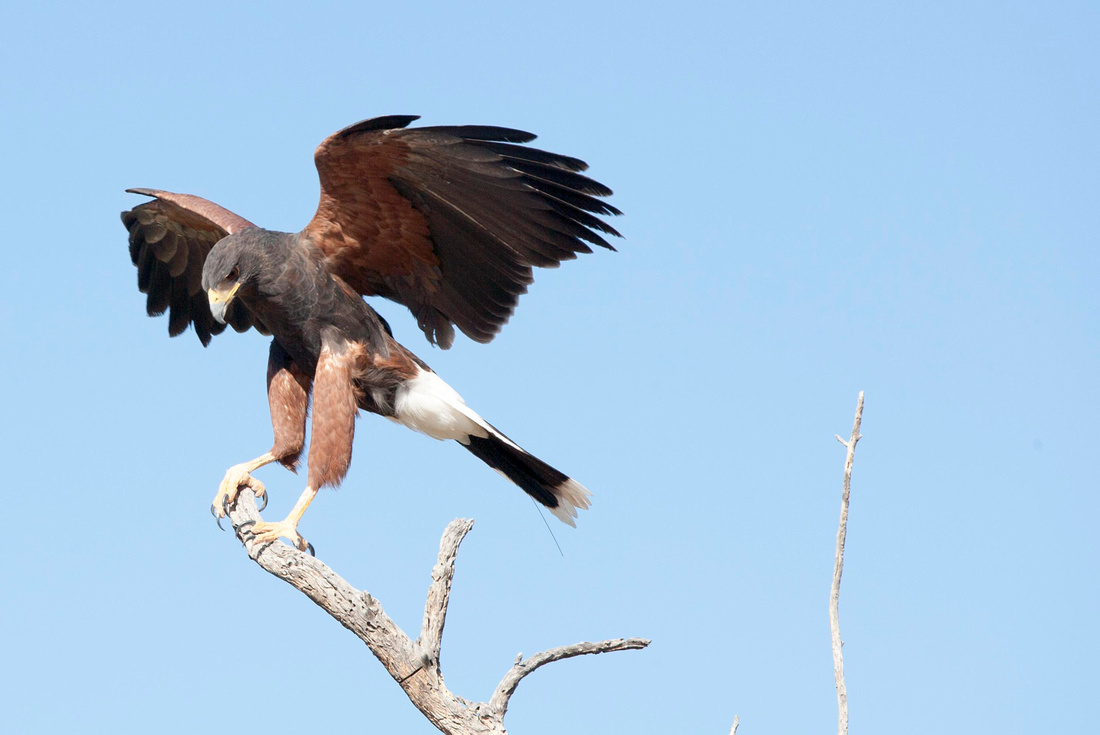 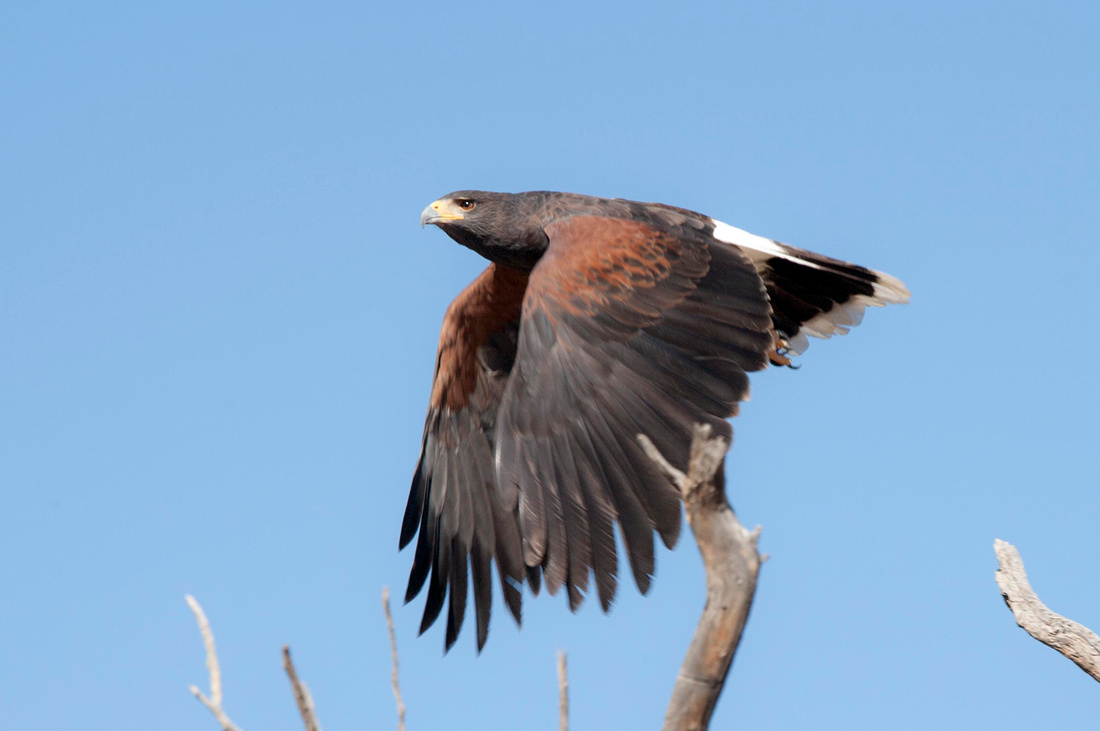 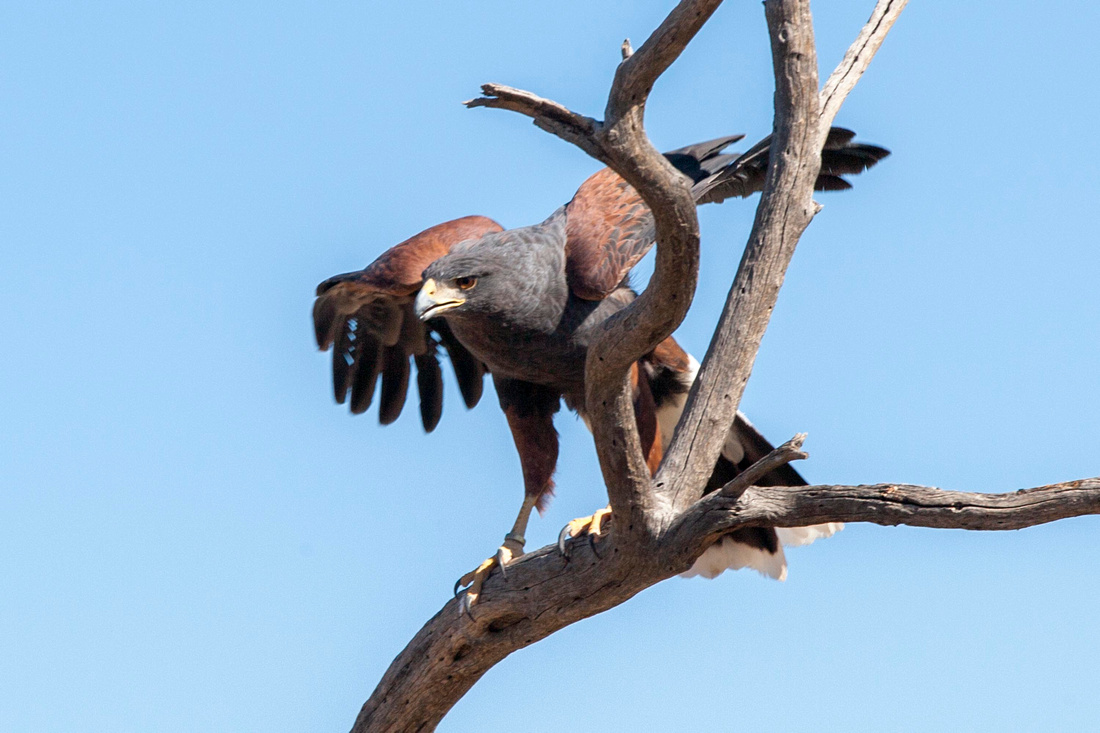 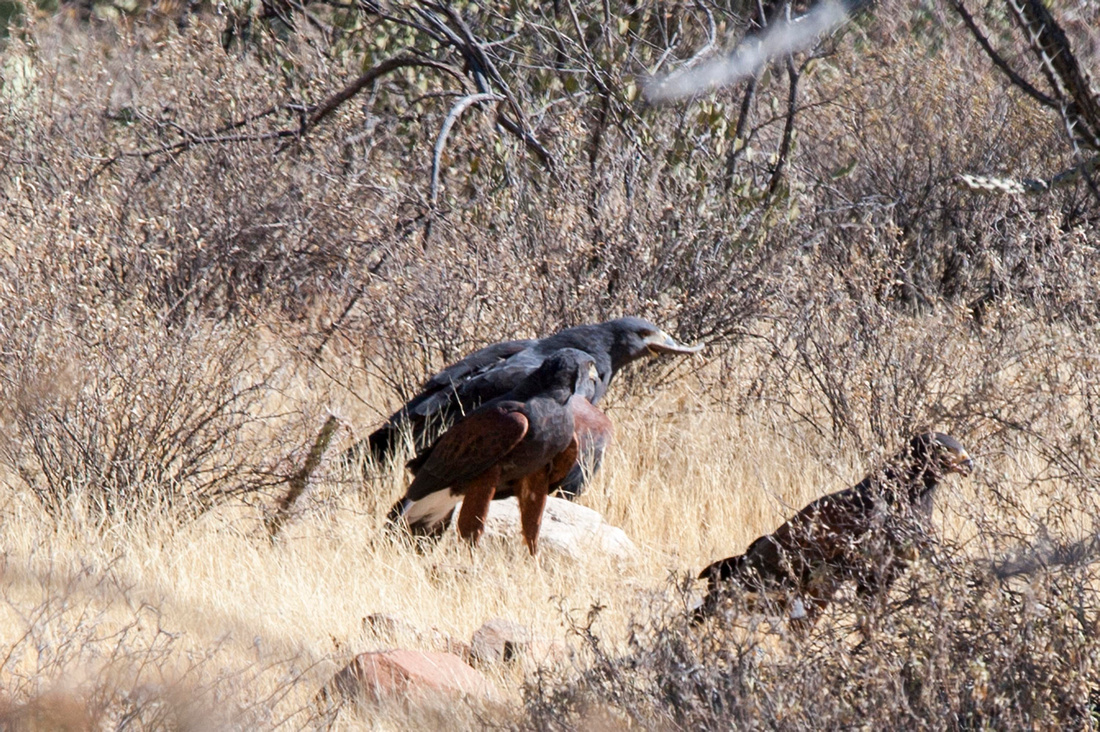 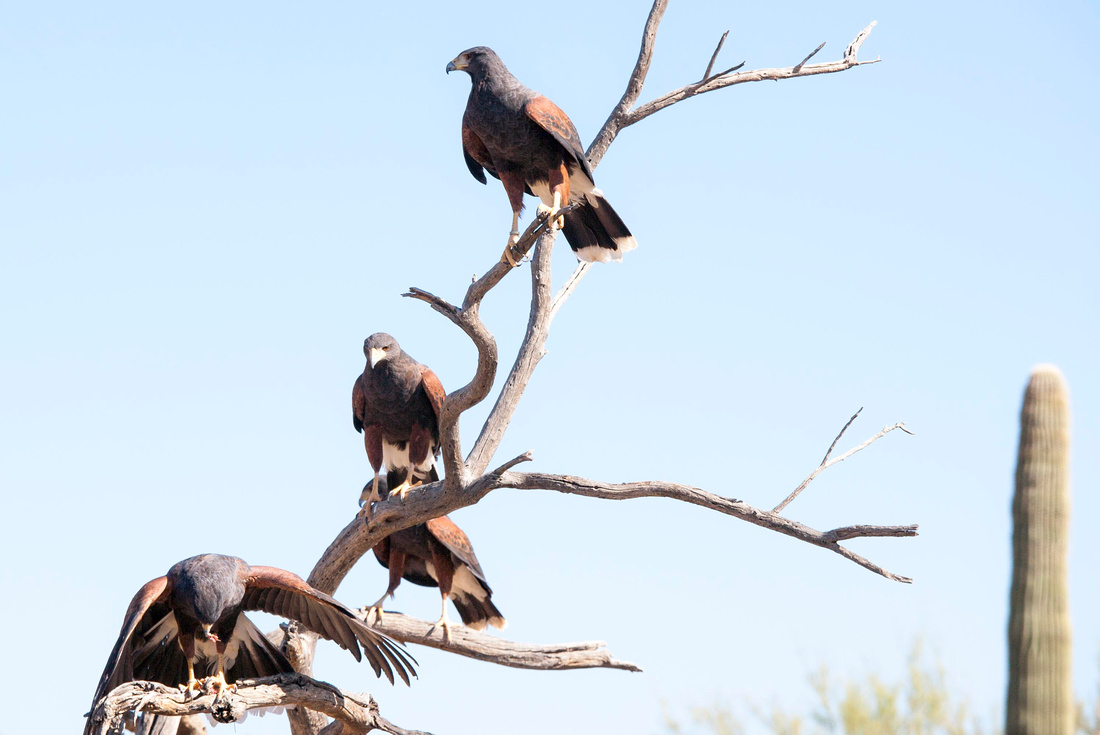 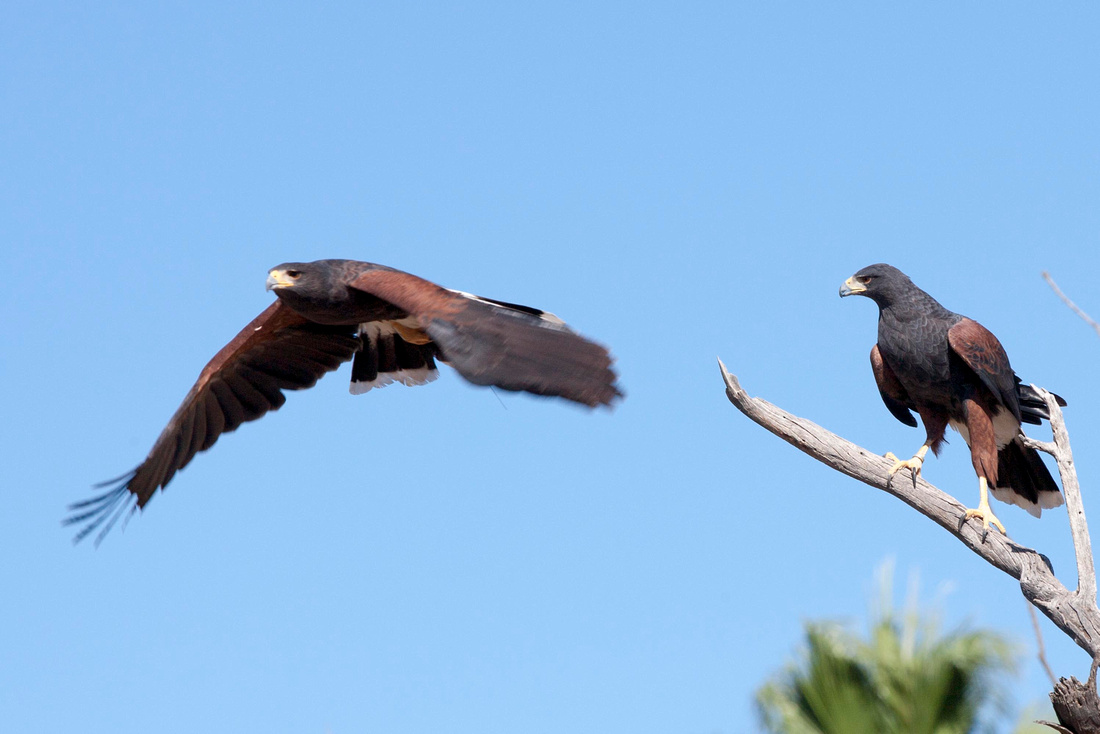 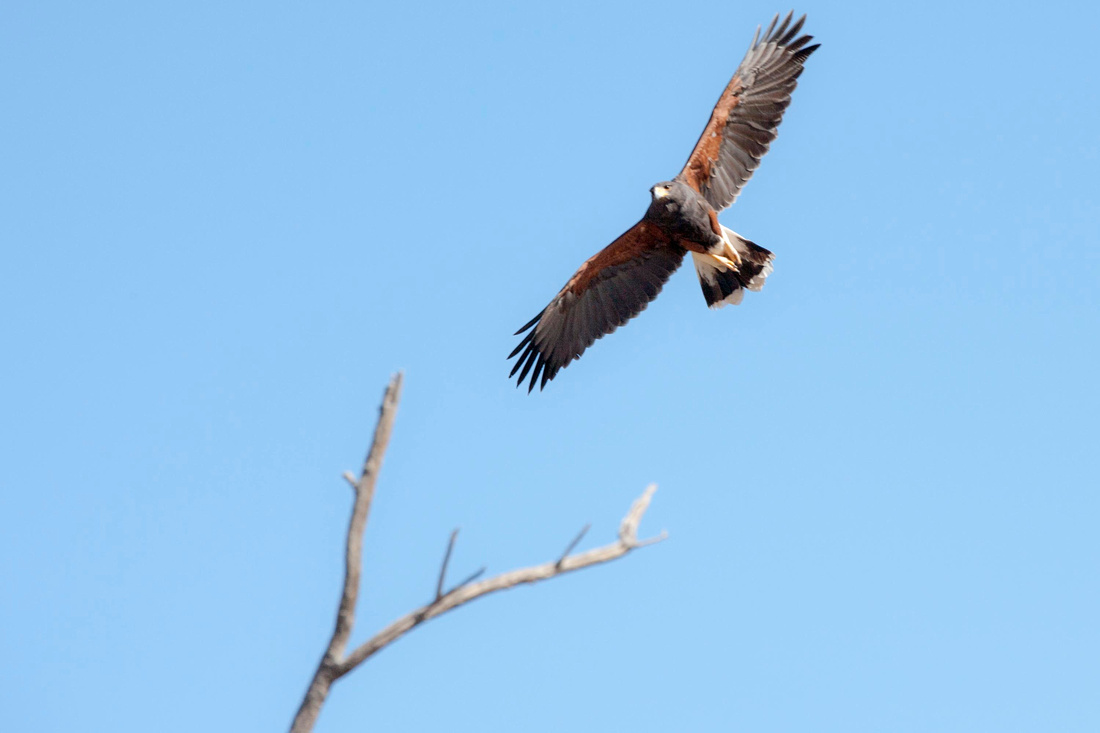 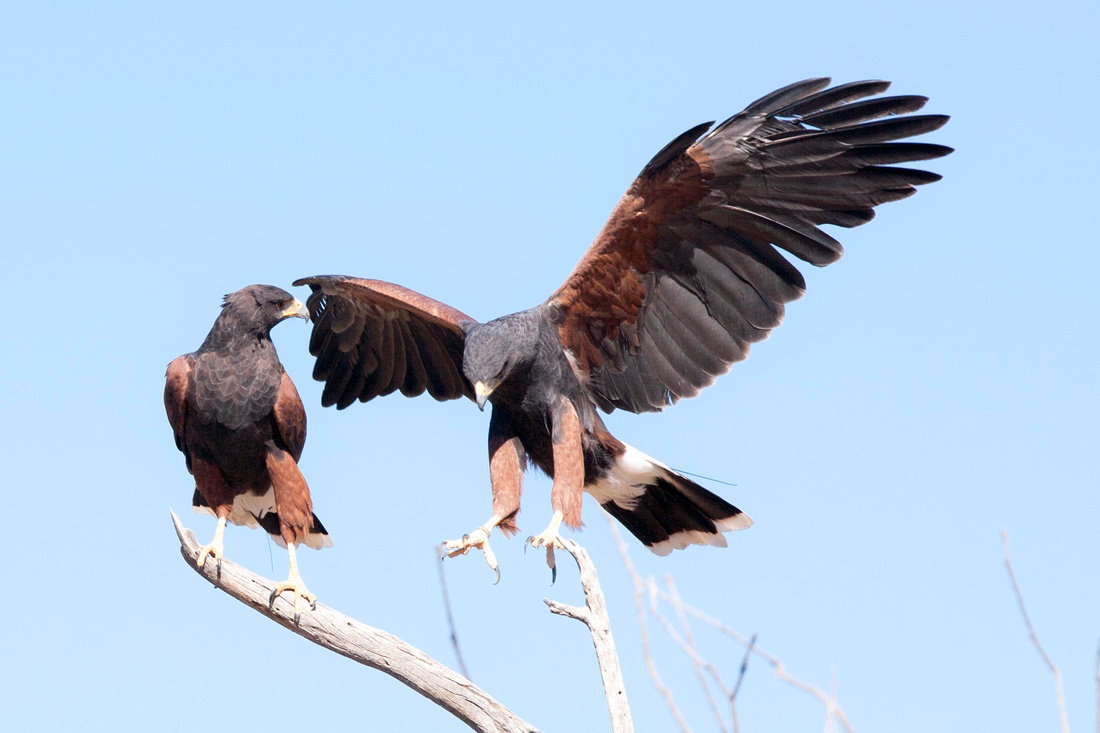 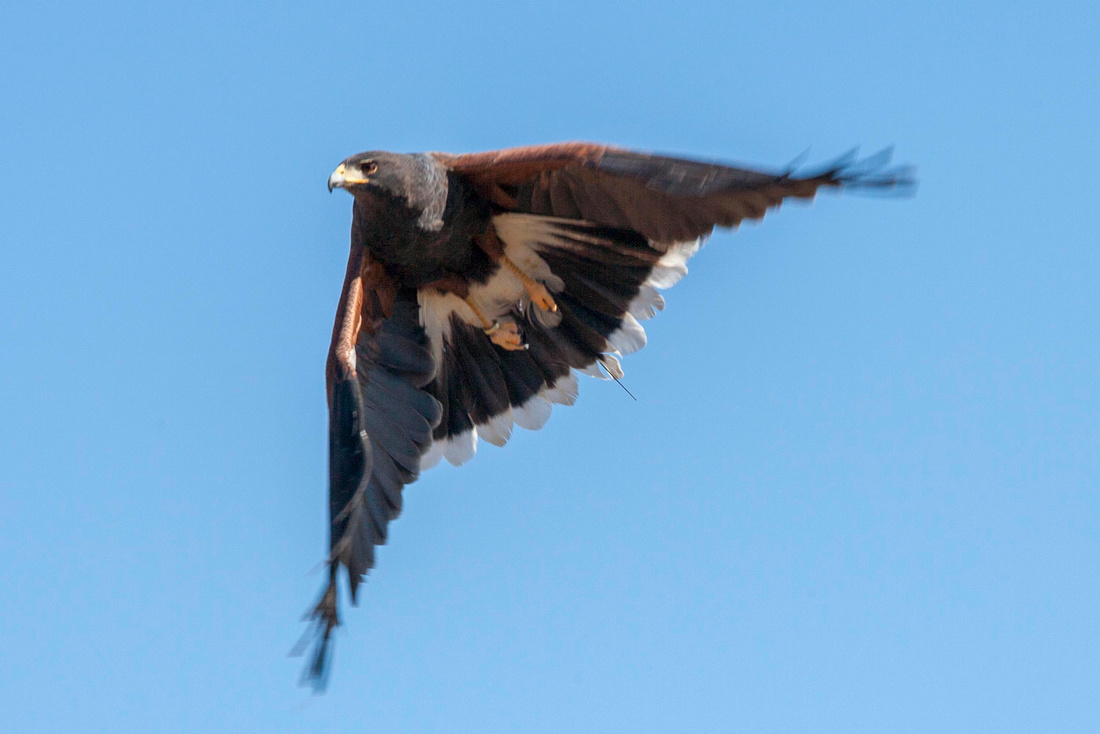 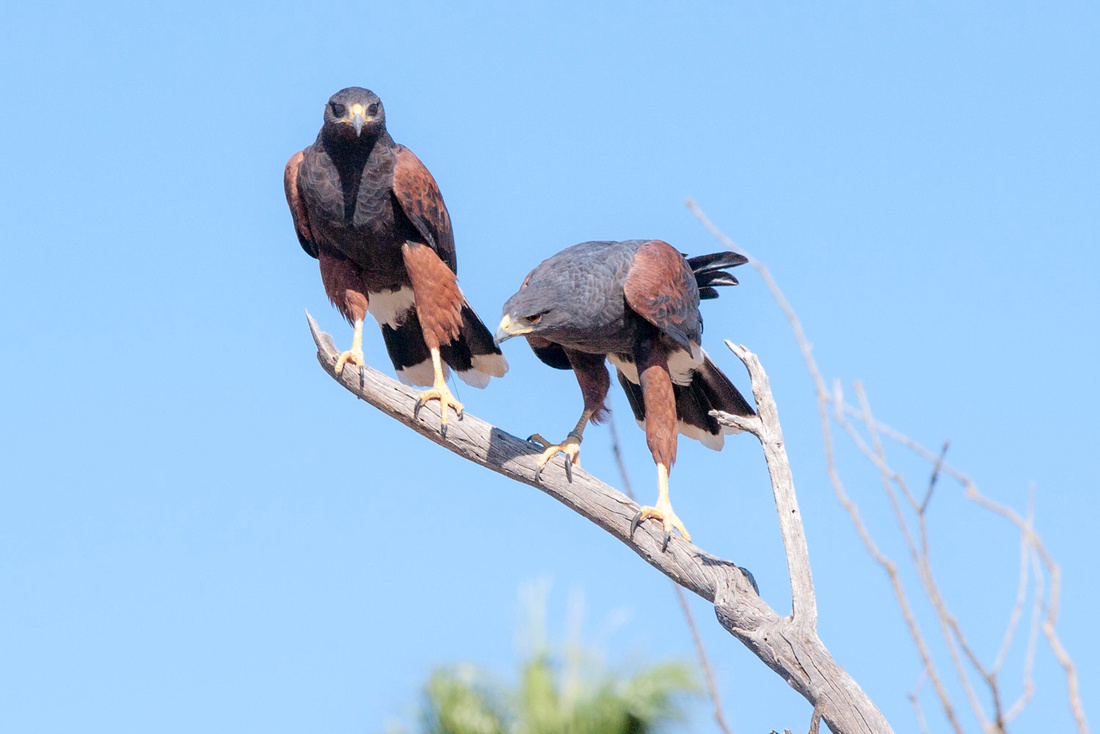