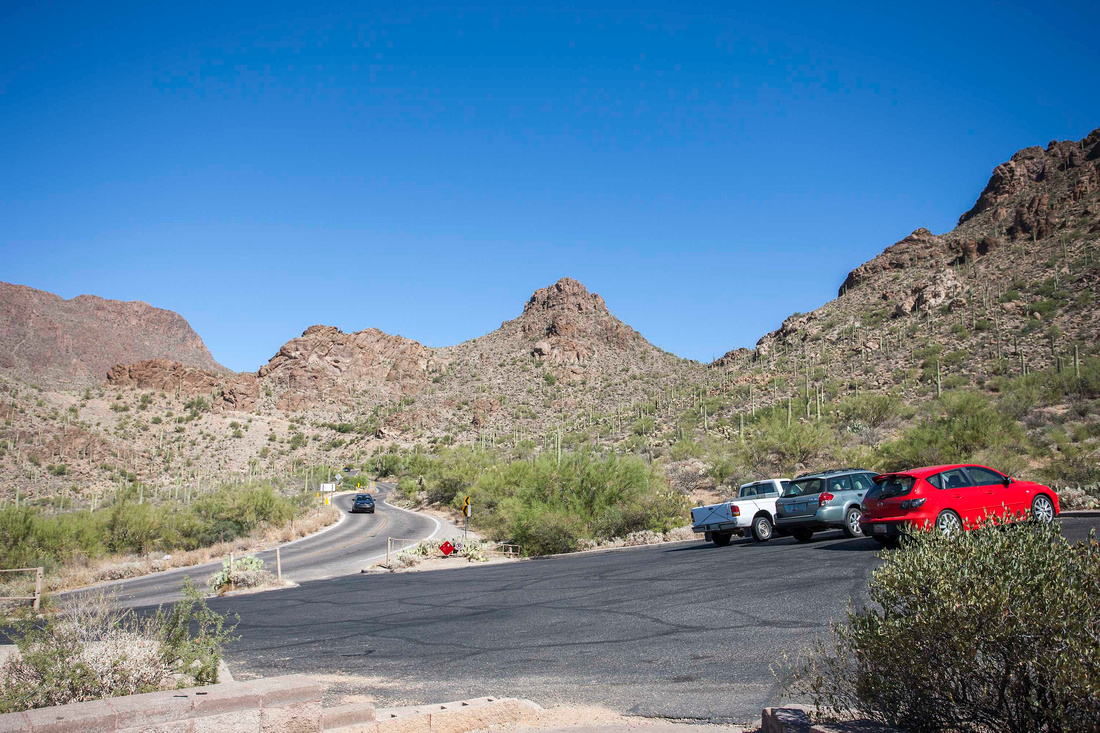 One nice thing about the roads in the scenic area west of Tucson is they have pullouts every 1/4 mile or so where you can pull off the road to take pictures.

We took Susan's advice and visited the Arizona-Sonora Desert Museum on Sunday afternoon. It was well worth the effort and long drive home into the wee hours of the morning.  As I drove up West Gates Pass Road on the way to the museum, I kept feeling like I was having "déjà vu all over again", but I couldn't conjure up a memory. On our way back over the pass, I finally remembered. I rode a bicycle race that went over West Gate Pass back in 1994.

I was racing with Kent and Carol Ann Bostick in those days, and we got to Tucson in the late afternoon on a Saturday, and the first event was an evening time trial up West Gates Pass Road up to the top of the pass, where the turnaround was, and then we sped back down the hill to the finish. I put a 56 tooth chainring on my bike, so after the turnaround, riding back down the downhill, that 56 tooth chainring on my bike (normally I used a 53 tooth chainring) increased my feet per crank revolution in top gear (56x12) to 123 feet per revolution from 116 feet per revolution with my normal 53x12 top gear, so I was able to fly down the hill.  Needless to say I won the time trial for my category, and got a prize of $30 for my efforts.

The road race on Sunday was 80 miles around the mountain. The race started and ended at the bottom of West Gates Pass Road and made a big loop around the mountain. I finished second by the width of a tire in that race, and won an ugly Cow Jersey for my efforts. I asked the race director where the cash prizes were. He said the Jersey was worth $75. I told him "fine, here's the jersey give me $75!" In the end I took that stupid jersey home with me, but I was so disgusted after working so hard to get a second place by such a slim margin for a stupid cow jersey, that I gave up racing after that. So the "déjà vu all over again" was of my last big road race. 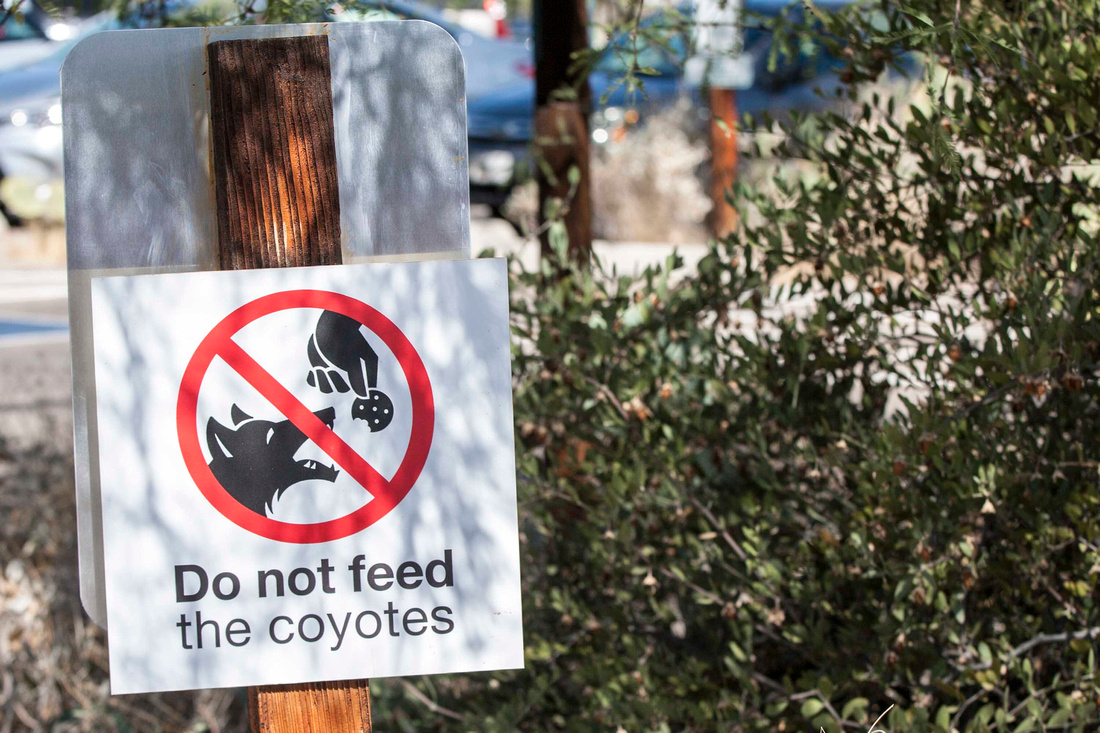 The first sign we saw in the museum parking lot. 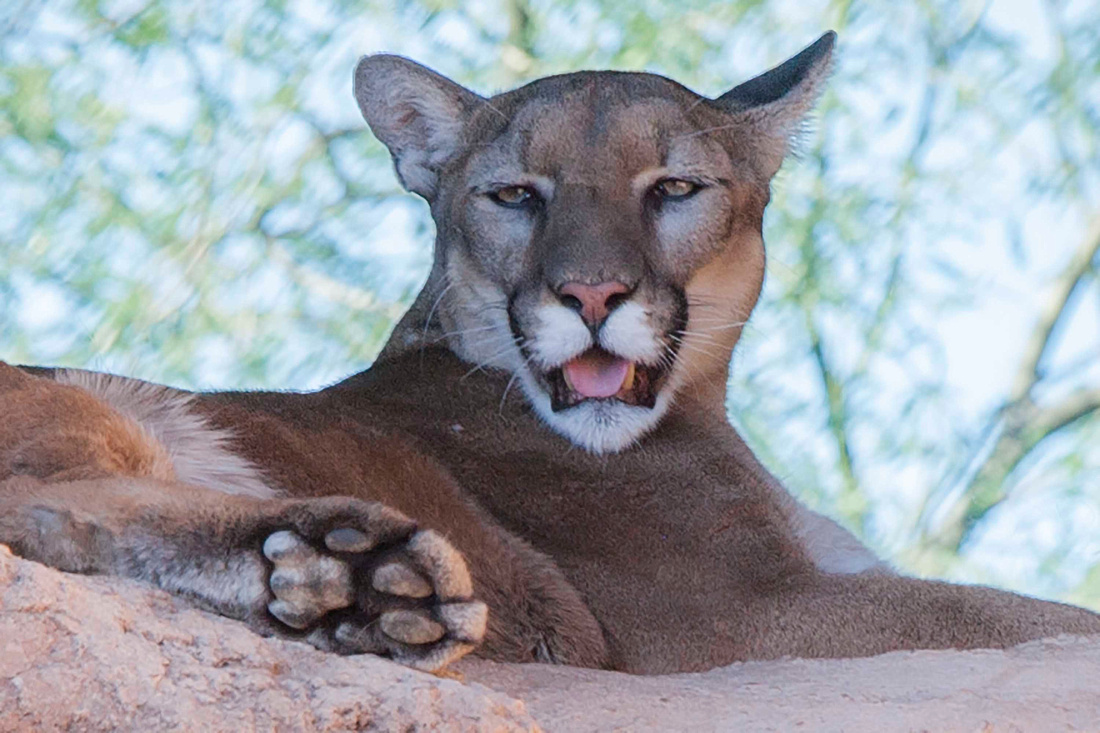 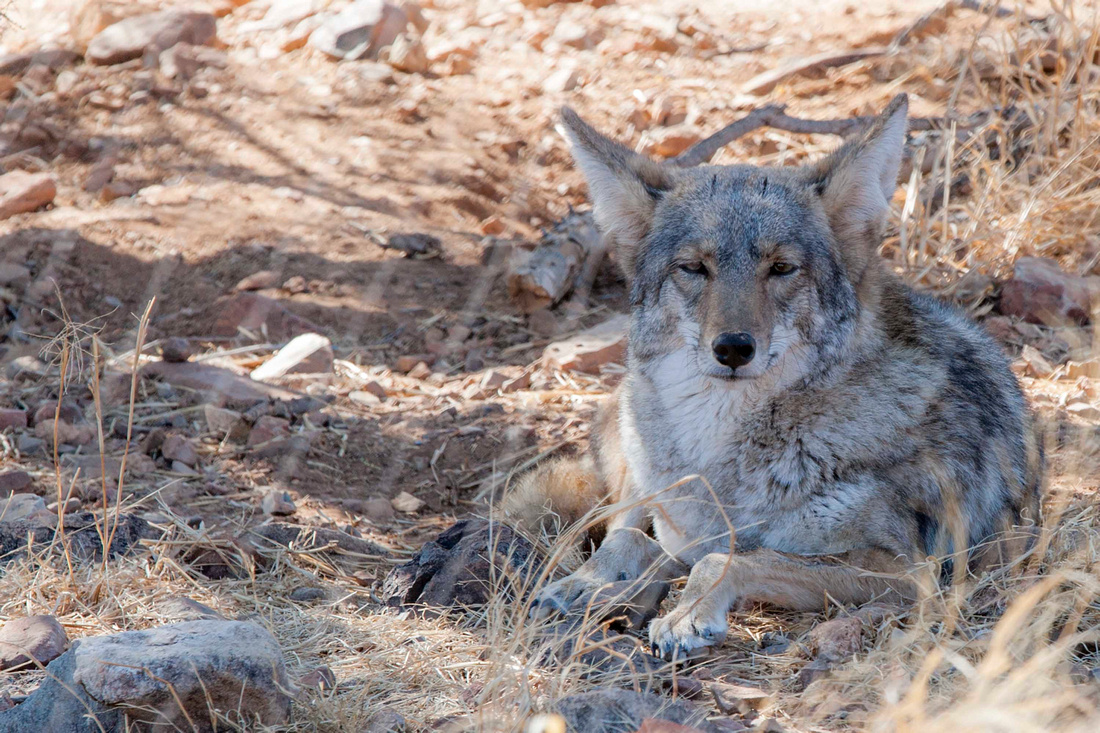 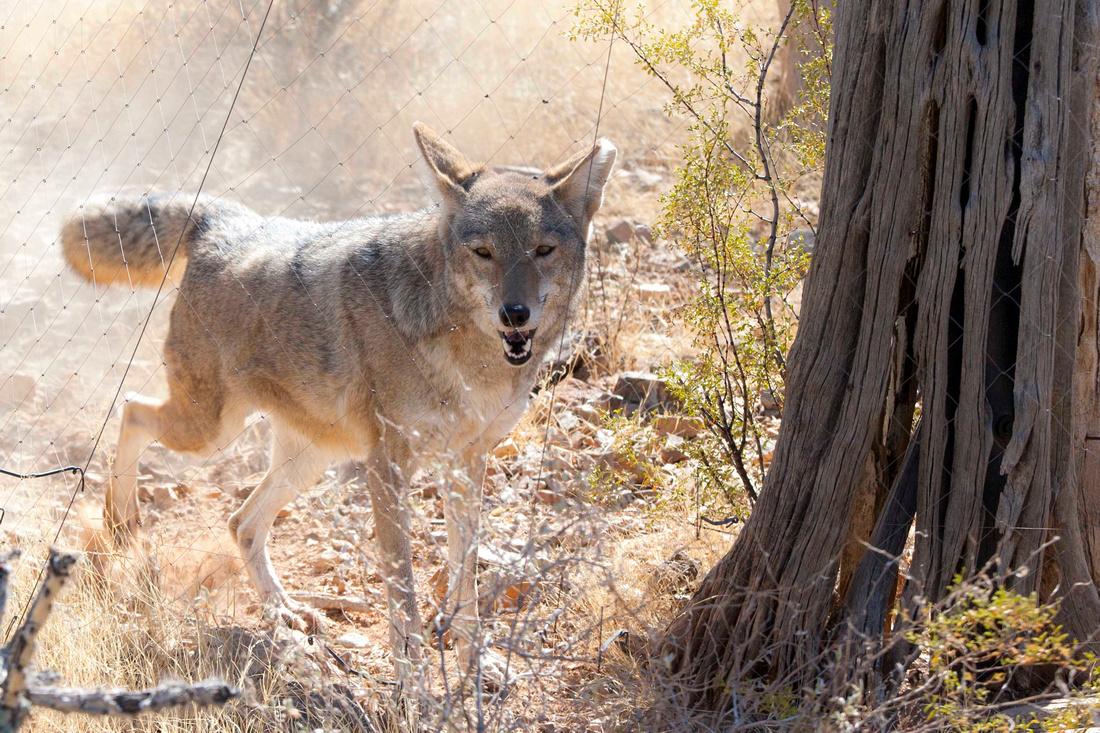 Another really fat coyote showing off, kicking up dust. Obviously the museum staff feeds the coyotes. 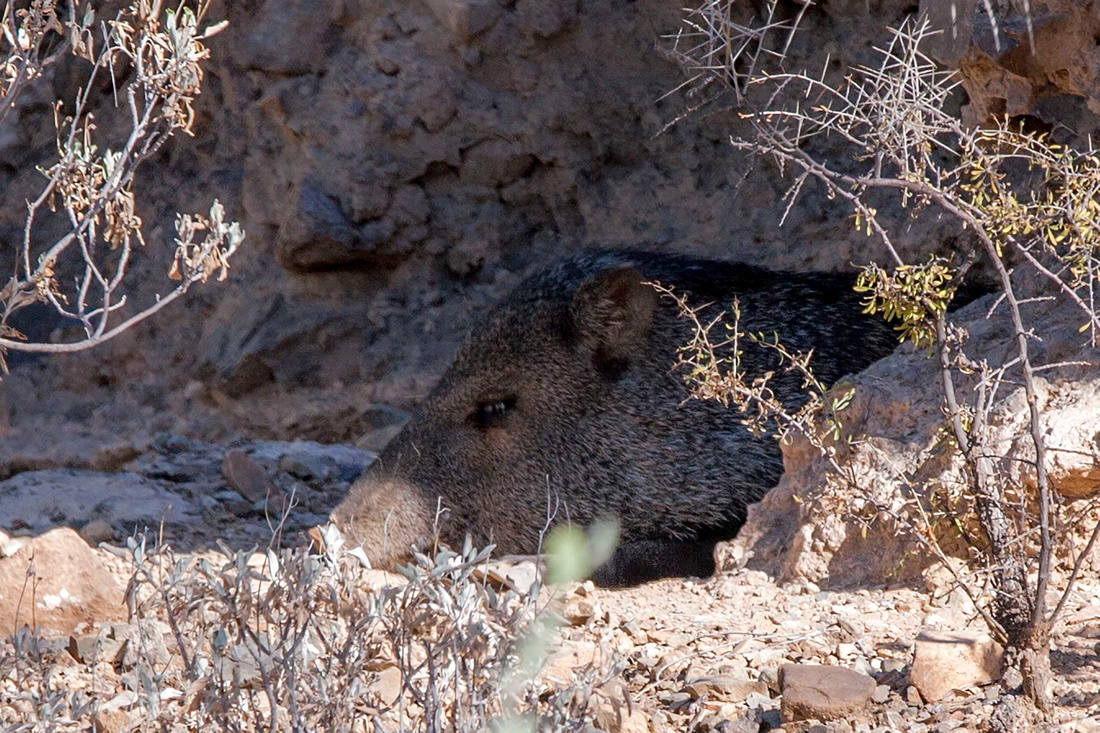 The temperature was 95º F. This javelina (wild boar) was lying, mostly hidden, in the shade of a rock overhang. 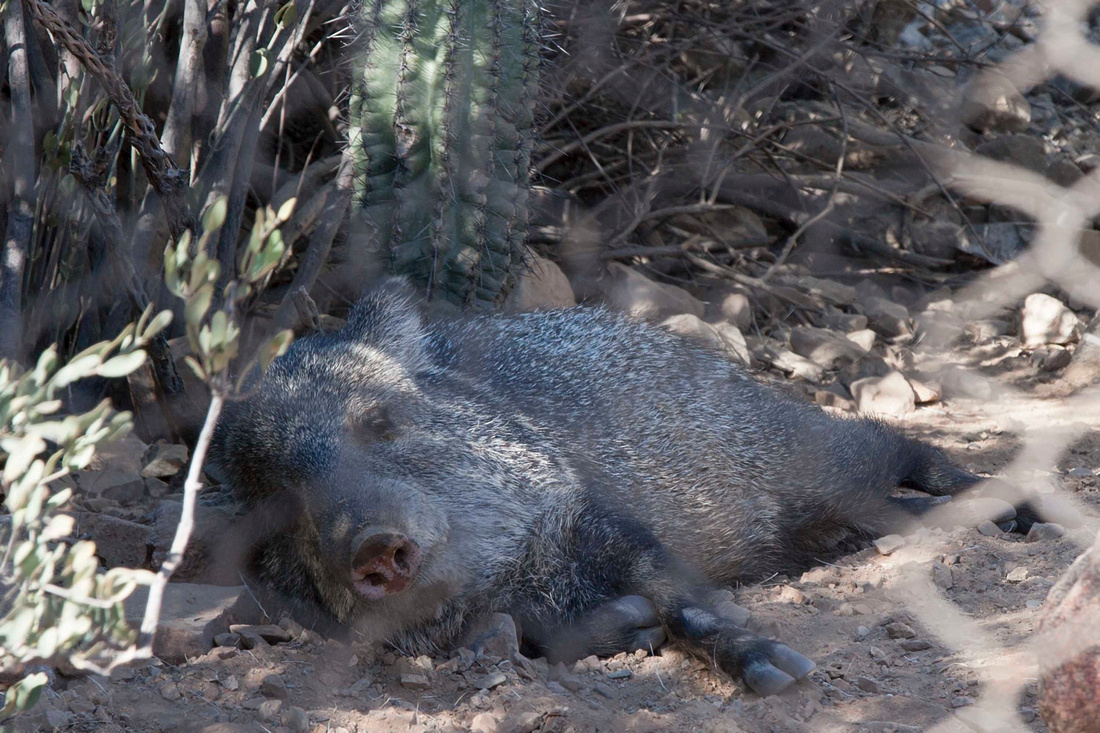 Another javelina was basking in the shade of creosote bushes and a saguaro cactus.

T & L Photos
Thanks, Julie!
Julie(non-registered)
Tim.. oh my how stunning is that cougar.. what a beauty and such a top shot of the handsome cat. Yes that sure is a cool coyote :)
Teagan(non-registered)
Another interesting AZ post, Tim. That cougar is simply gorgeous! Hugs
Harry(non-registered)
Great bike story :-)
T & L Photos
Thanks, Juliette! Lots and lots of life in the desert.
No comments posted.
Loading...
Subscribe
RSS
Recent Posts
Last Post on Zenfolio Walk, Run, Splash, Fly A Walk in the Snow We Wish You a Merry Catmas Cranes, Train & A Full Moon on Winter Solstice I Had A Dream Shrink Wrapped Fly Away Fire & Phantasm First Snow on the 2nd
Archive
January February March April May June July August September October November December
Timothy Price
Powered by ZENFOLIO User Agreement
Cancel
Continue