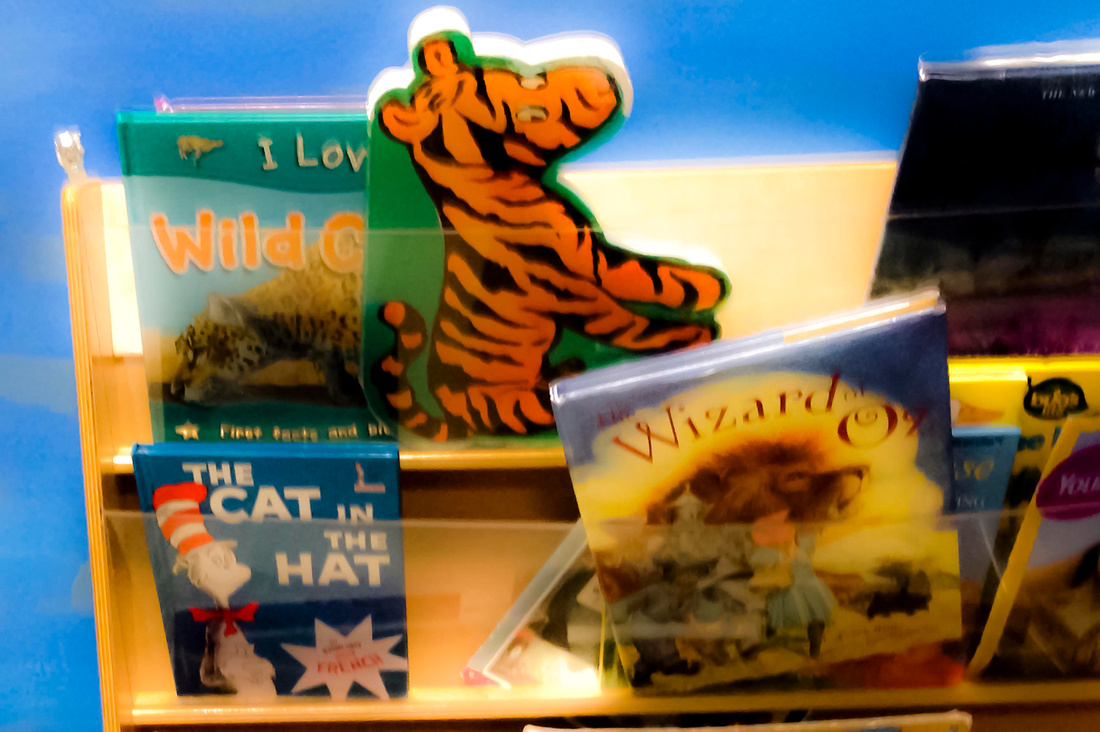 I could have been in a weird dream.  As we followed the nurse into the prep-area of Interventional Radiology, we passed the hall lined with curtains, concealing beds used to prep patents and then roll them into surgery we normally went to. Instead we headed down a hallway with a right turn then a left turn to the last room on the right — a wildly painted room, the walls lined with toys. "I get the children's suite today?" I asked the nurse. "Yes! You can sit on the bed or in the chair while we wait for the surgeon" she replied. "I'll be prepping you in here."  She left and I sat down next to the book bin on the wall and noticed "The Cat In The Hat" in French, pulled it out and started reading it. I had not read "The Cat In The Hat" in many years, and this was the first time in French. The French was long and didn't have the same meter or rhyme as the English, but it was fun to read in French, all the same.

The surgeon came in and looked at my port. He took one look and said "Man! They said it was a little red, that is a really red. We need to get that port out of there!"  We had a discussion about the risks, and just how infected in might be. He was afraid there was pus along the line, and that the redness was advancing toward my neck. Since the port goes into the heart, if the infection got into the vein, my heart would pump the infection all through my body and I would become septic very quickly. So the port had to go. But he said we have to get the infection cleared up before he will put in another port. After our brief consultation, the surgeon left to do another surgery while the nurse prepped me to be deported.

As it turns out, I stayed in the kid's room for the deportation, so while I waited for the nurse to gather up all the necessary prep material, I photographed the room, and then settled back into a chair and read "The Cat In The Hat" until she was ready for me to lie on the gurney so she could start the prep. Not long after she finished the prep, the surgeon came in, took off a lead filled gown he used for an x-ray guided surgery, threw it on the chair I was sitting on, complained about incompetent people in ER, and started giving me shots of 1% lidocaine with epinephrine to numb the area around my port.

The surgeon had warned me that infected tissue didn't numb as well because the acidity of the infection cancelled out the base of the lidocaine, making it less effective in the area with infected tissue. While the deportation was not very painful, per se, I felt most everything he did through dulled sensations. Fortunately, he did not find any signs of pus where the line had been, so he felt the infection had not become as advanced as the redness might have indicated. The surgeon drew and circle around the infected area on my chest, so I could monitor the redness, and call in if the redness advanced outside the lines. The surgeon and nurse gave me instructions and numbers to call if I had any problems, and the surgeon was off to perform another surgery. We are very short on doctors in New Mexico, and he told me that I was in the kid's room because that was the only space they had to fit me between surgeries.

I put my shirt on, photographed the table of surgical tools and bloodied swabs used to deport me, walked out to where Laurie was waiting for me, and we walked to the car — the weird dream ended with me deported, and memories of reading "The Cat In The Hat" in French in a blue room.

As a newly deported man, I was feeling pretty well, so after the surgery, I dropped Laurie off at UNM to go to class while I drove over to Camera & Darkroom to pick up some color film I had developed. After picking up the film, talking to Art for a few minutes, and checking out some of the cool equipment I would like to have, I drove back to UNM, picked up Laurie and drove home. I went to the bank in the late afternoon to take care of some business, and then we went to an art opening. While I can do most anything that doesn't involve manual labor, or much exertion, the things I really need to do require both. Therefore, I'm not very excited about having to spend another weekend recovering from surgery when I have lots of yard work to do, and I would also like to get out and photograph the beautiful New Mexico landscapes and sites outside our property. 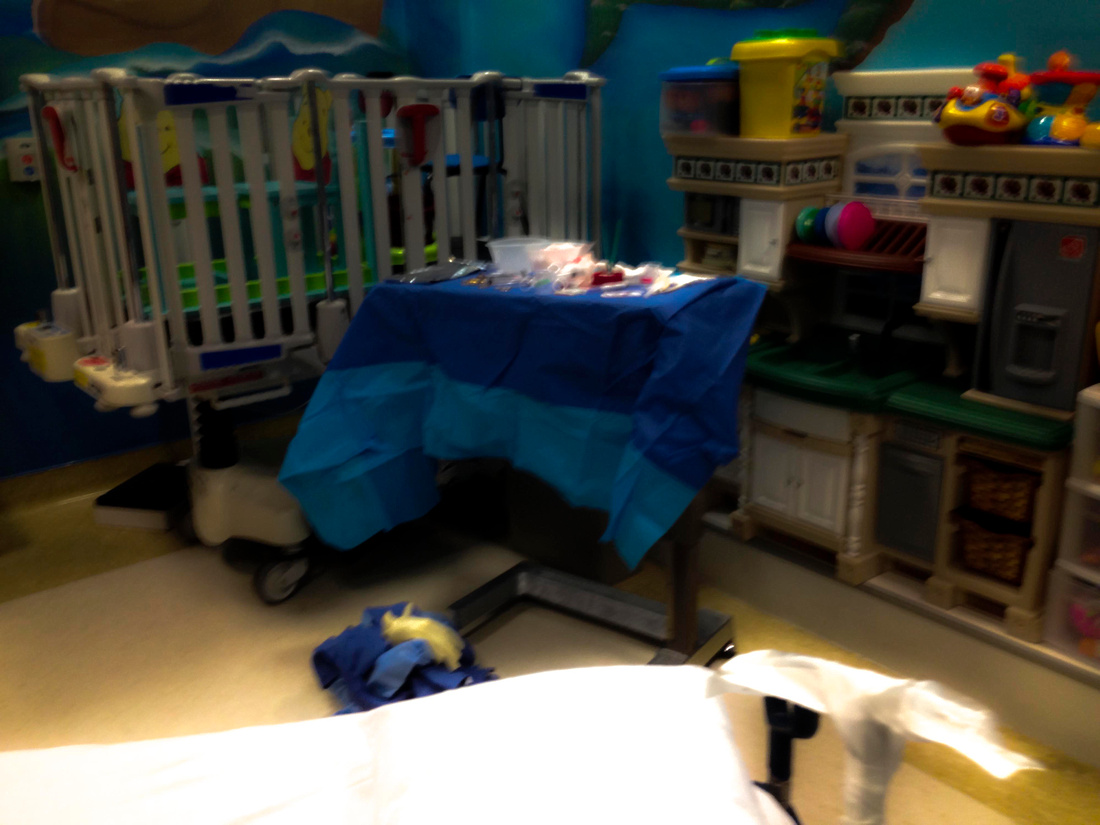 T & L Photos
Thanks, Julie.
Julie(non-registered)
So pleased that the port was removed with no nasty stuff! I love the kids room .. They should do that for adults too!
T & L Photos
Thanks, David. It made for a good story as well.
David(non-registered)
Hey, not a bad space to be treated in. Long as the "tools" are there, a good doc can work anywhere. Now you know a doctor trick - drawing a circle on the patient for self-monitoring. About Cat In The Hat in French, I agree it does not have the rhythm we're accustomed to. :)
T & L Photos
Thanks, Juanita. I much better today, already.
No comments posted.
Loading...
Subscribe
RSS
Recent Posts
Last Post on Zenfolio Walk, Run, Splash, Fly A Walk in the Snow We Wish You a Merry Catmas Cranes, Train & A Full Moon on Winter Solstice I Had A Dream Shrink Wrapped Fly Away Fire & Phantasm First Snow on the 2nd
Archive
January February March April May June July August September October November December
Timothy Price
Powered by ZENFOLIO User Agreement
Cancel
Continue