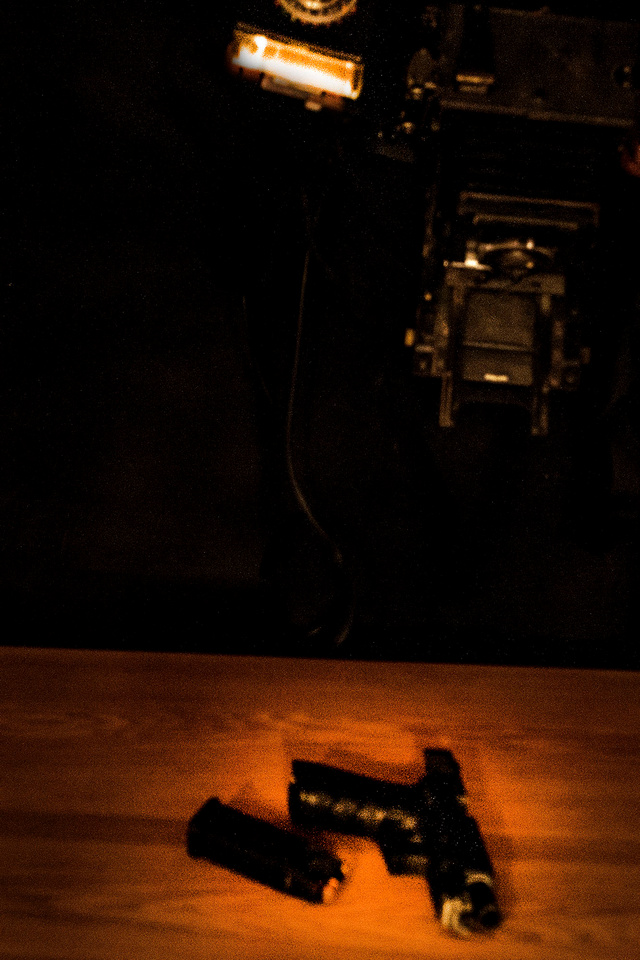 Jake was high as a kite when he walked into the convenience store. After looking around nervously to assure himself there was no one there, other than the clerk, he walked up to the counter, pulled out a pistol, and demanded all the cash in the drawer.  Before the clerk could react, Jake heard a voice to his right ask “Are you sure you want to do this?” He turned and saw a rather nondescript man standing about six feet from him. “What did you say?” Jake asked. The man didn’t answer Jake, but addressing the clerk he asked “How much cash do they let you keep in the till?”  “Less than one hundred dollars” the clerk answered. The man turned back to Jake and asked “You want to commit a felony and possibly murder for less than a hundred bucks?” Jake stood there dumbstruck trying to think of something to say.

The man continued “I’ll tell you what. I’ll give you two hundred dollars if you put your gun away and walk with me to the coffee shop across the street. There you can tell me your story over a cup of coffee, on me, of course, and if I find you suitable, I might just offer you a job.” Jake, thoroughly confused by the man and his offer, looked back and forth between the clerk and the man before he pointed his pistol at the man and said “You’re messing with my head man! Are you like a cop man? Or maybe the Devil? Or what? Well it’s like it doesn’t matter man…”

Jake started to squeeze the trigger when he felt his finger breaking against the trigger guard as the pistol was ripped from his hand, moments before he felt the back of his pistol tearing at his face. He only heard the first of three shots that sent bullets ripping through his heart. He hovered with a birds-eye view of his body slumped on the floor at the feet of the man holding his pistol before he heard a voice say “never turn down an invitation from the Devil.” Darkness fell all around.

The man ejected the magazine from Jake’s pistol, racked the slide which sent the chambered round tumbling through the air before it bounced off Jake and splashed into his blood pooling on the floor around him. The man stepped over jake’s body as he set the magazine and pistol on the counter in front of the clerk, who stood like a statue in shock from the scene that had unfolded before him . “The police will want these for evidence.” The man told the clerk as he turned and walked out of the store disappearing into the street.

Julie(non-registered)
Great writing Tim .. more please!
T & L Photos
Thanks, Lavinia!
Lavinia Ross(non-registered)
Nice writing with an interesting twist, Tim!
T & L Photos
Thanks, David!
David(non-registered)
It is a scene that plays out in many other places, but under different circumstances. Was it the Big D/S? Maybe, maybe not. Jake, well, he was already gone before he ever walked into the store to live his last moments.
No comments posted.
Loading...
Subscribe
RSS
Recent Posts
Last Post on Zenfolio Walk, Run, Splash, Fly A Walk in the Snow We Wish You a Merry Catmas Cranes, Train & A Full Moon on Winter Solstice I Had A Dream Shrink Wrapped Fly Away Fire & Phantasm First Snow on the 2nd
Archive
January February March April May June July August September October November December
Timothy Price
Powered by ZENFOLIO User Agreement
Cancel
Continue