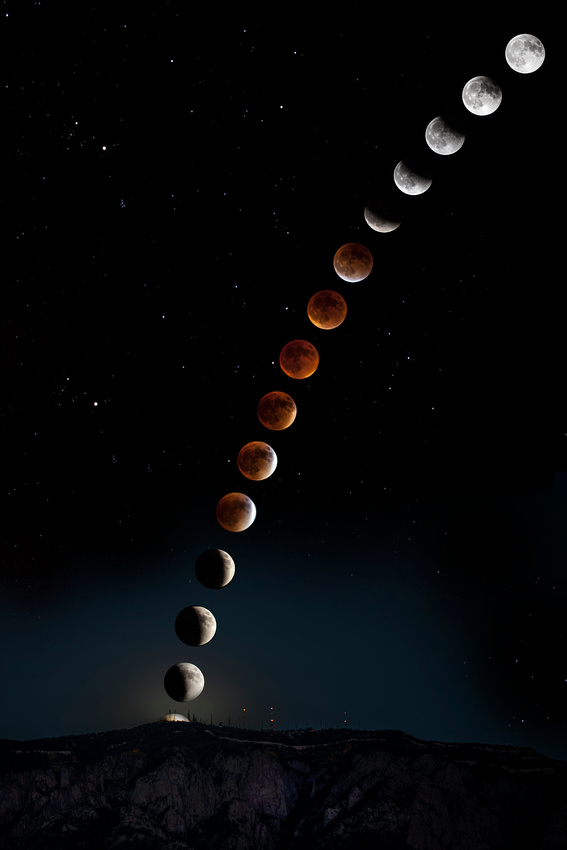 The air was cool under a crystal clear sky as I stood on the banks of the Rio Grande watching the Sandias fade into darkness — the moon was soon to rise. At first geese and ducks flew overhead, quacking and honking barely visible in the twilight, then they floated by as twilight gave into the darkness, their paddling feet rippling the water, their voices squawking softly, and they became visible only for an instant as they passed through the moonlight reflecting on the water. A porcupine shook the bushes to my left rising from its daily slumber, heading out for a night of foraging. It was a beautiful night to stand outside for three hours to photograph the moon as it rose, half eclipsed and turning to blood when it became fully eclipsed. Photographing the blood moon rising was a much better experience than when I photographed the blood moon setting in April.

T & L Photos
Thanks, Nina!
Snapsbynina(non-registered)
This is amazing!! Wow - this is my aim someday!
T & L Photos
Thanks, Janna!
Jannatwrites(non-registered)
Wow that is an amazing progression, and that takes some patience! In behind on reading (obviously!) But I'm glad I kept the email for this so I'd remember to come back!
T & L Photos
Thanks, Tiny!
No comments posted.
Loading...
Subscribe
RSS
Recent Posts
Last Post on Zenfolio Walk, Run, Splash, Fly A Walk in the Snow We Wish You a Merry Catmas Cranes, Train & A Full Moon on Winter Solstice I Had A Dream Shrink Wrapped Fly Away Fire & Phantasm First Snow on the 2nd
Archive
January February March April May June July August September October November December
Timothy Price
Powered by ZENFOLIO User Agreement
Cancel
Continue