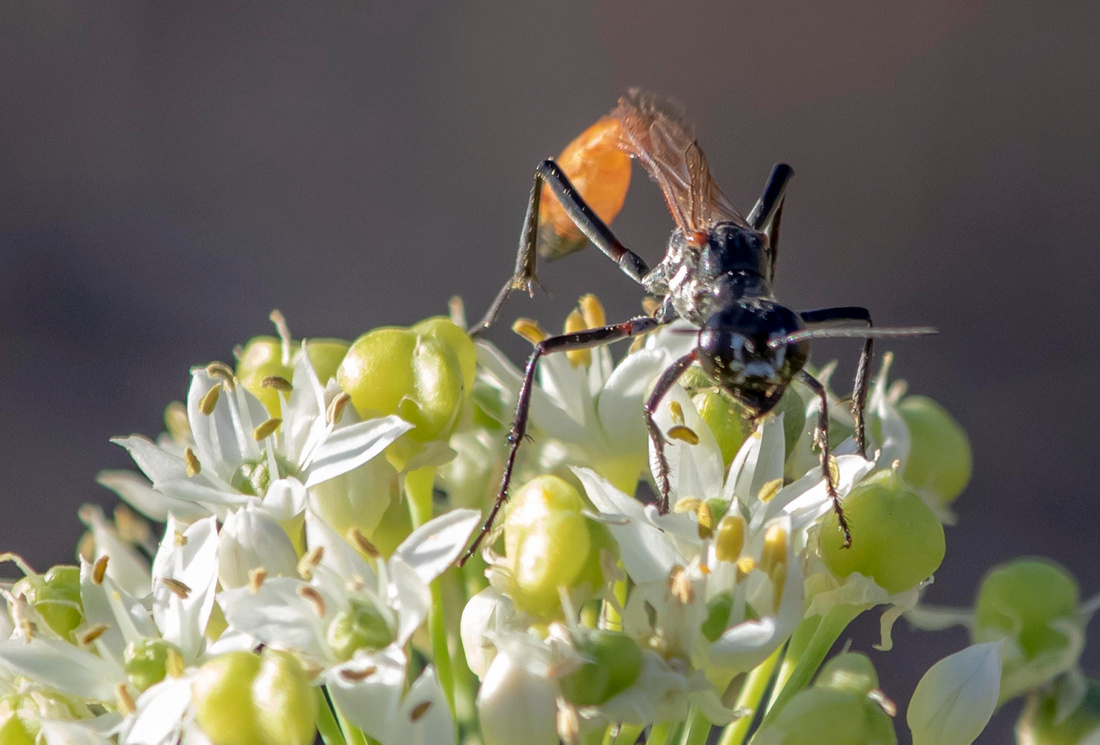 A Thread-Waisted Wasp was foraging on the garlic chives in the late afternoon. These wasps are considered to be extremely strong despite their fragile looking frames. The females dig burrows where they lay their eggs, and then they find a caterpillar, preferably a big fat tomato worm more than double her size, grabs it with her powerful jaws, stings it to paralyze it, then drags it to the burrow where she laid her eggs, stuffs the caterpillar in the burrow, and covers the opening with dirt and rocks to hide her stash. When the eggs hatch, the larvae feed on the caterpillar until they pupate and dig out of the burrow as full grown wasps. Thread-waisted Wasps are not aggressive toward humans, unless the humans in question happen to look like giant caterpillars or, even better, great big plump tomato worms. Thread-Waisted Wasps will sting in self defense — if stepped on or handled roughly, for example. 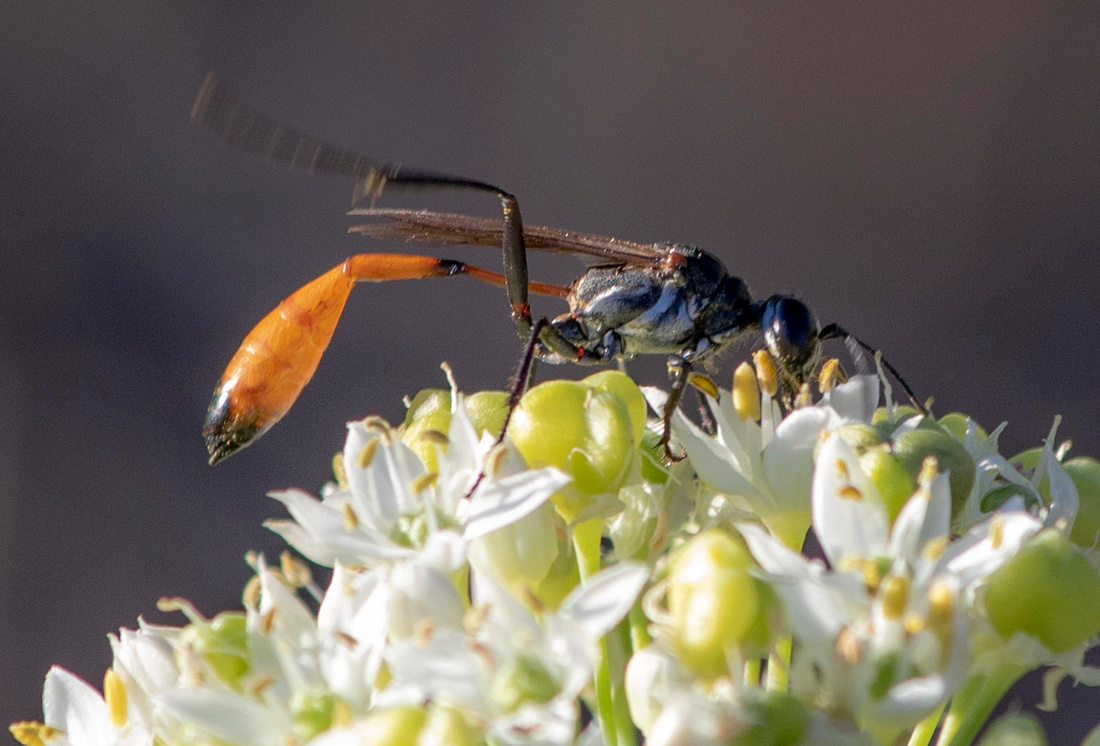 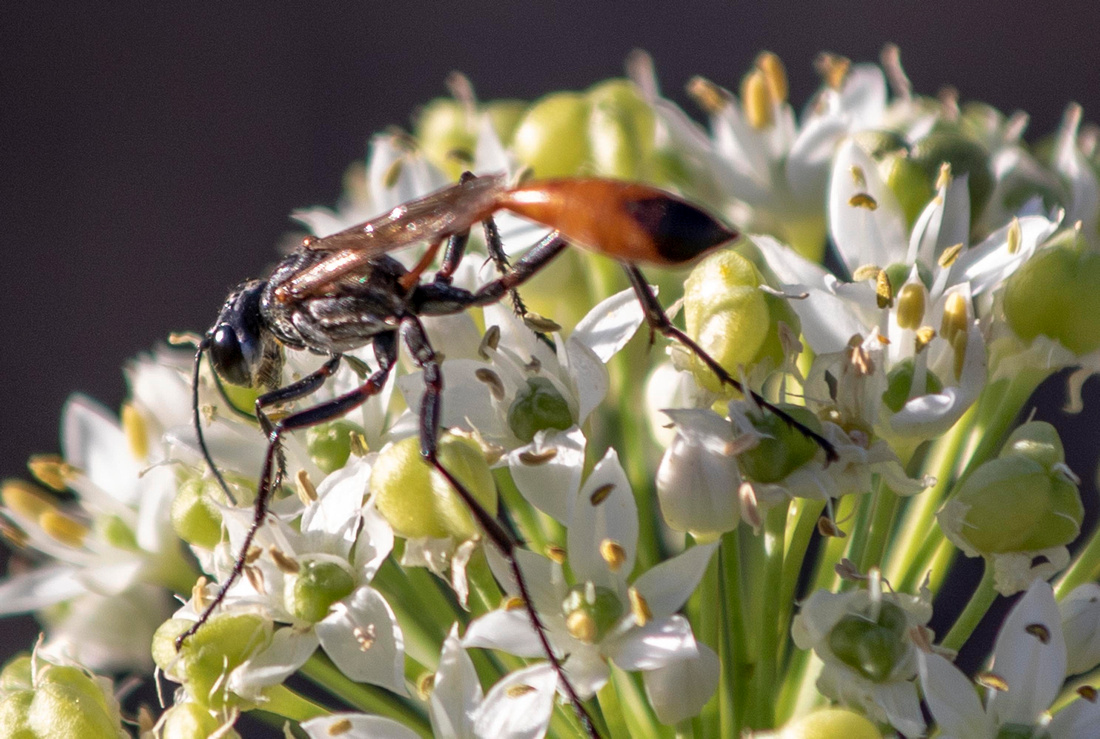 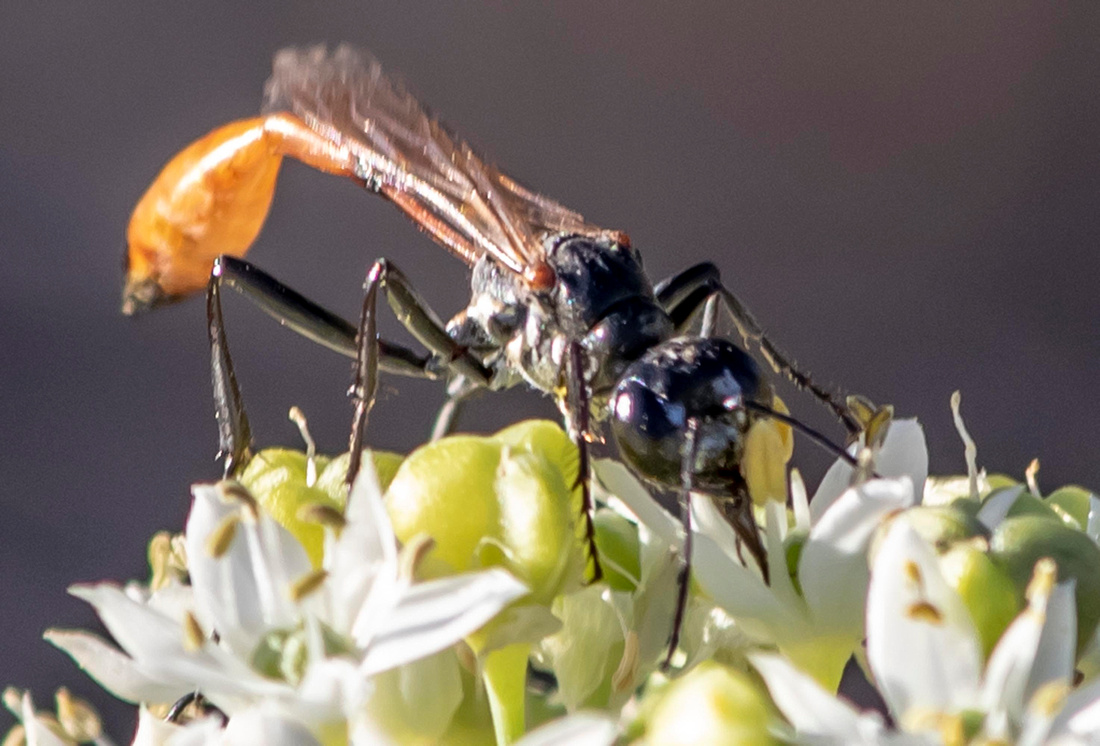 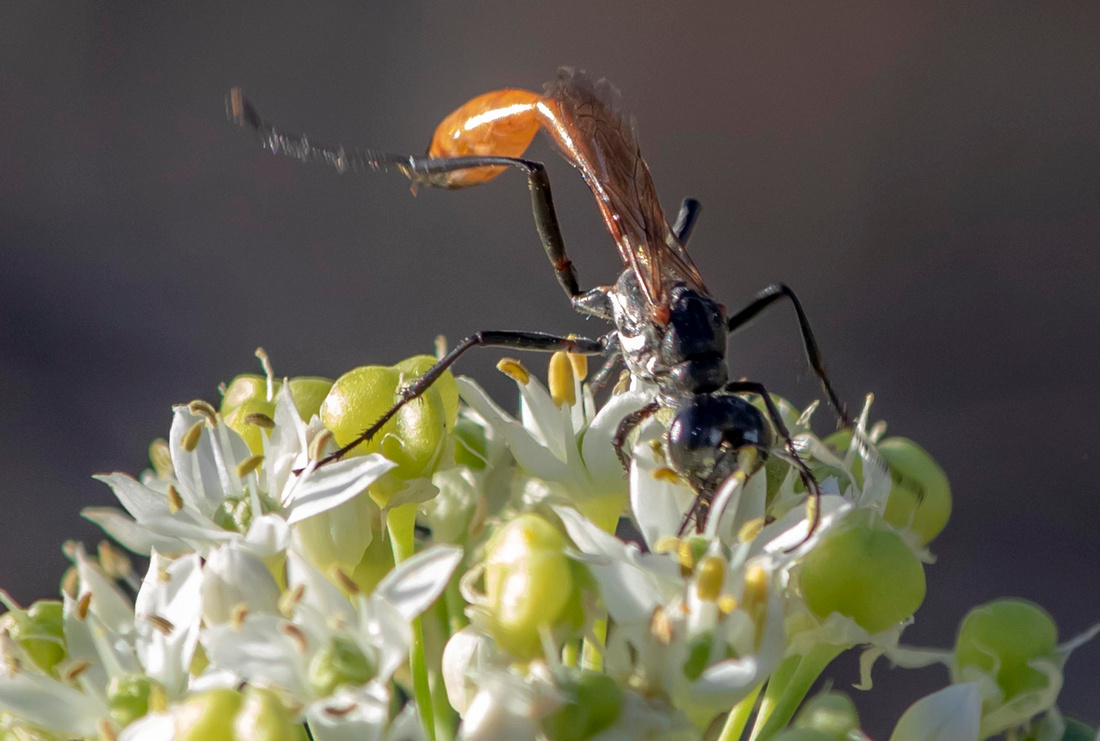 T & L Photos
Thanks, TB.
T & L Photos
Thanks, Lavinia!
TB(non-registered)
I learned recently that wasp is a category of exclusion: any hymenoptera that isn't an ant or a bee. I find this to be really interesting. Your mileage may vary.
Lavinia Ross(non-registered)
Beautiful wasp and commentary, Tim!
T & L Photos
Thanks, Couriers.
No comments posted.
Loading...
Subscribe
RSS
Recent Posts
Last Post on Zenfolio Walk, Run, Splash, Fly A Walk in the Snow We Wish You a Merry Catmas Cranes, Train & A Full Moon on Winter Solstice I Had A Dream Shrink Wrapped Fly Away Fire & Phantasm First Snow on the 2nd
Archive
January February March April May June July August September October November December
Timothy Price
Powered by ZENFOLIO User Agreement
Cancel
Continue