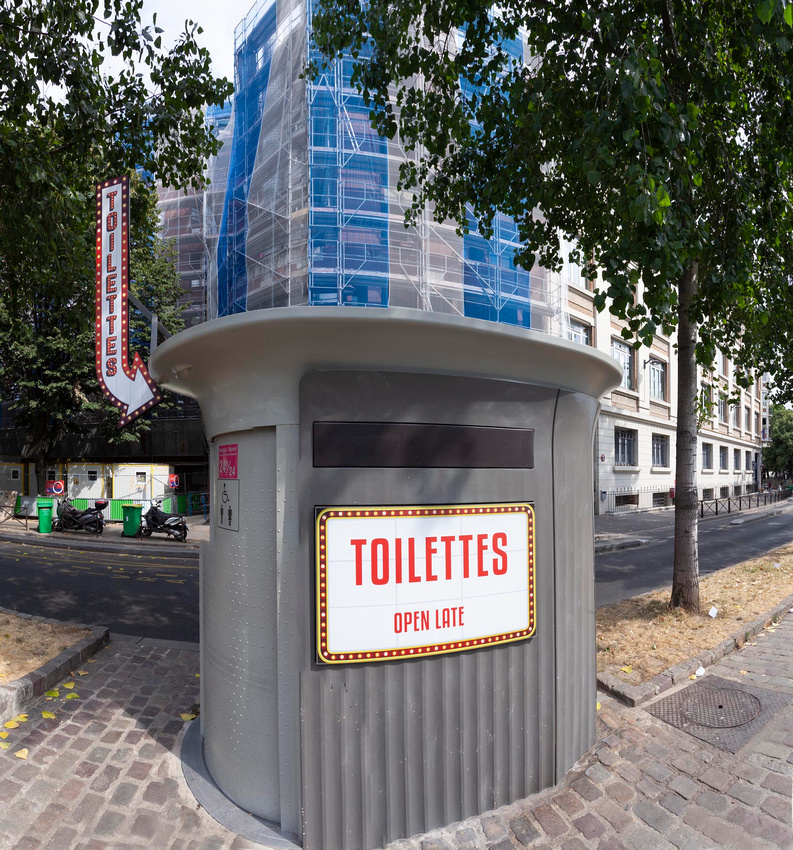 The above style toilette is fairly common on the streets in Paris. But when you are out on the street they are not always as plentiful as we would have liked. More than once when we finally found one, really needing to use it, the darn thing would be out of order. Then we would find a bar, buy coffee and fizzy water, and they would let us use their restrooms.

There are several articles on the Internet right now about the "Uritrottoir", eco-freindly public street urinals that have apparently popped up in Paris recently. If they were on the streets a month ago, we missed them, but I got photos of a few other toilets around Paris. This article from EWN Eyewitness News has a good lead photo that illustrates why the Uritrottoirs are not sitting or standing well with Parisians: https://ewn.co.za/2018/08/14/paris-residents-peeved-at-very-public-eco-friendly-urinals. 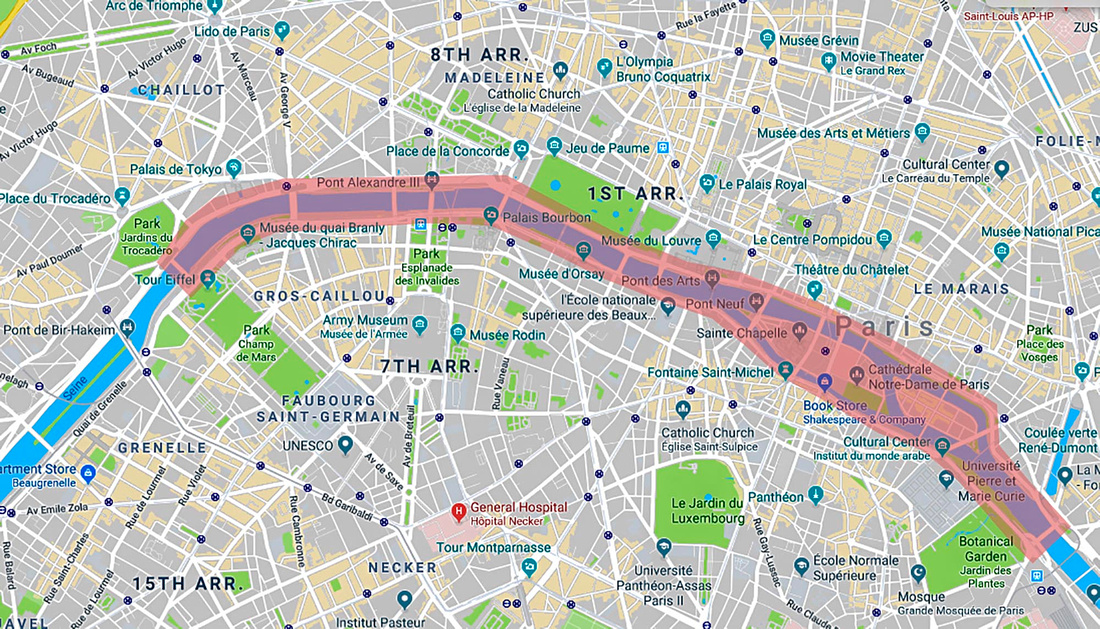 We walked up and down both sides of the Seine in the red zone I marked out in the above map. If I had come across a Uritrottoir I would have photographed it. We walked all over NE, east and SE Paris this trip. According to my Fitbit, I logged 208,180 steps for a total of 98.45 miles during the eight days we were in Paris. 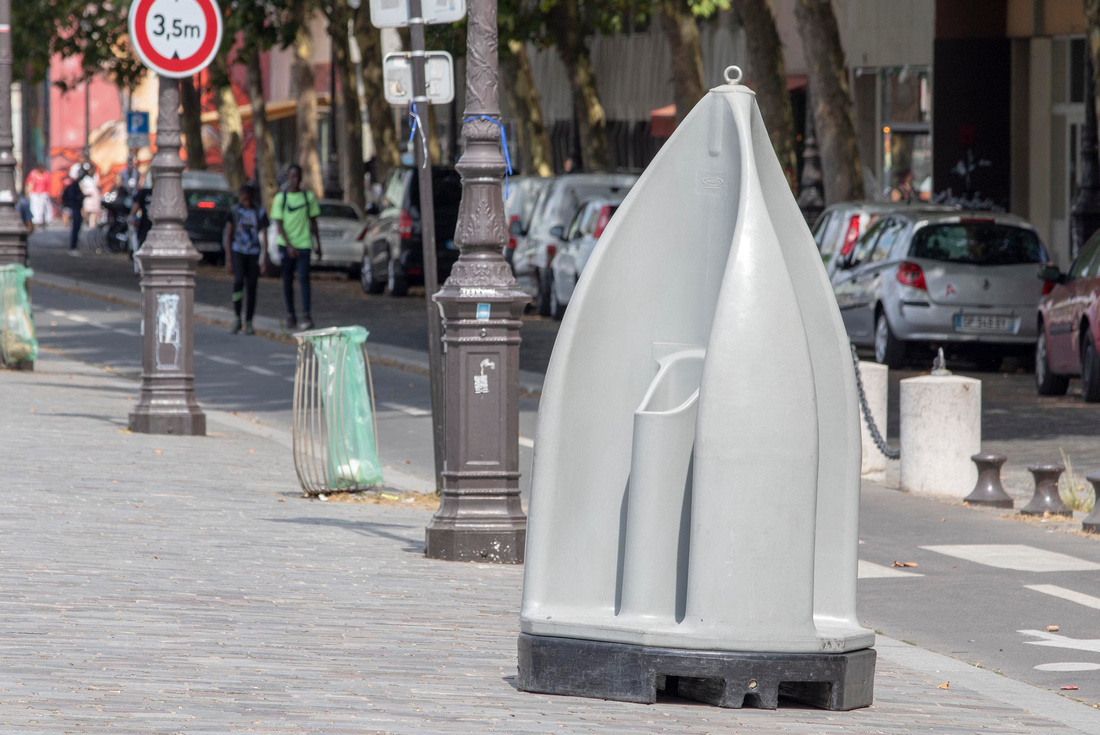 I did see these public urinals in several areas in Paris. However, I never saw anyone using them. 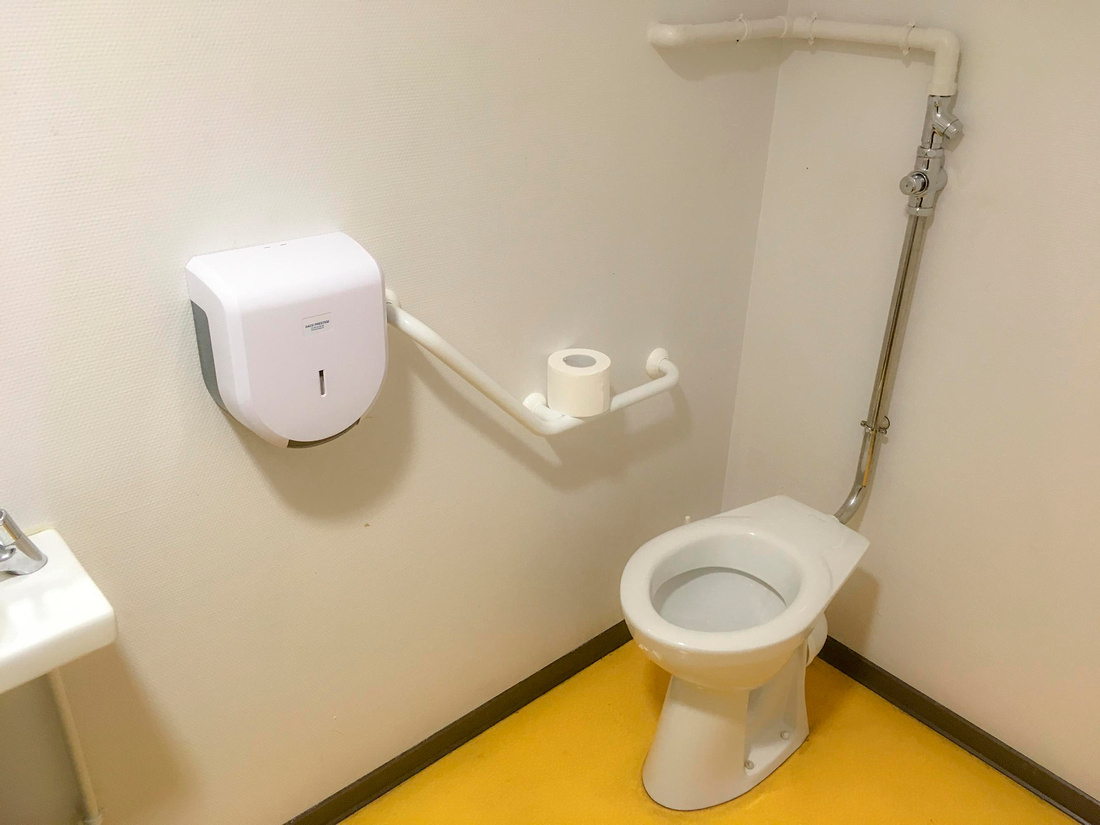 This is a fine example of a toilette in a men's room in the New Sorbonne. Note there is no lid to worry about putting up or down, convenient yellow floor, and grab bars that double as toilet paper holders. 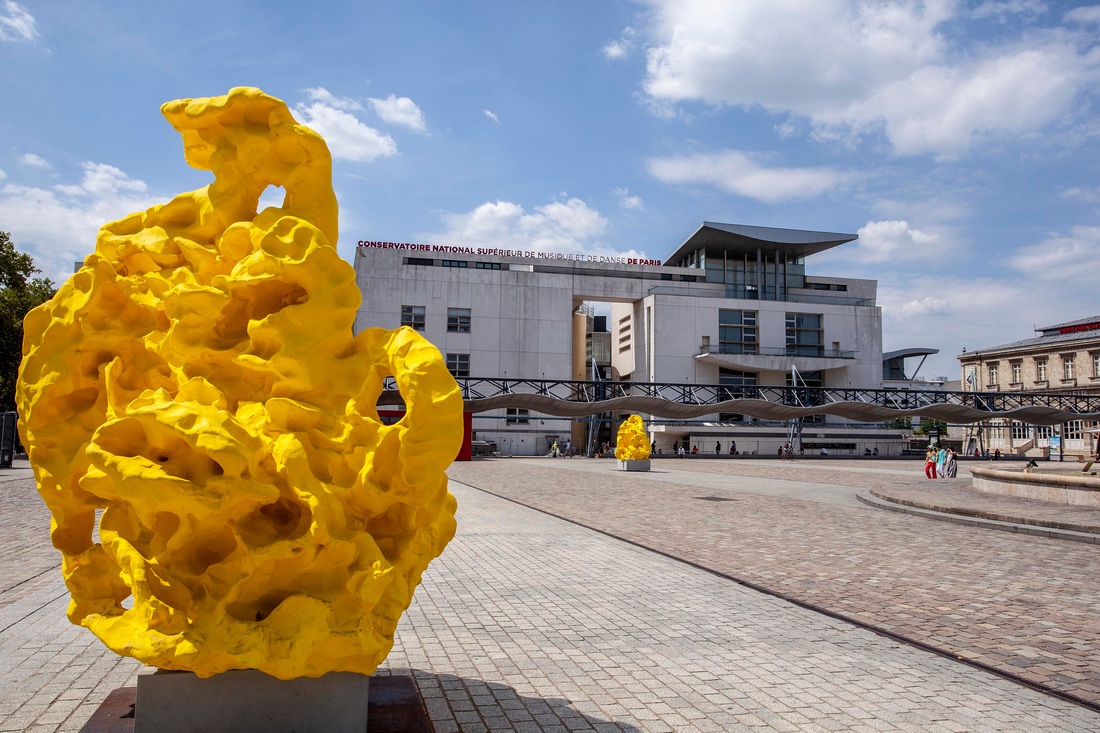 This is the abstract version outside the National Conservatory.

T & L Photos
Thanks, Lavinia!
Lavinia Ross(non-registered)
I'm with Susan on this one. :-)
T & L Photos
Hi David. I image the gray one gets used at night. When we drove across southern France on the toll roads years ago, it was always interesting to see what they had for toilettes and urinals at the rest stops.
David(non-registered)
I don't think anyone would want to use that gray public urinal (#3) no matter how "open minded" a society may be. A little privacy is always wanted in that regard. And, while the men's room at the New Sorbonne looks much nicer, it's very spartan … a little stingy with the toilet paper too.
T & L Photos
It is interesting. Thanks, Susan!
No comments posted.
Loading...
Subscribe
RSS
Recent Posts
Last Post on Zenfolio Walk, Run, Splash, Fly A Walk in the Snow We Wish You a Merry Catmas Cranes, Train & A Full Moon on Winter Solstice I Had A Dream Shrink Wrapped Fly Away Fire & Phantasm First Snow on the 2nd
Archive
January February March April May June July August September October November December
Timothy Price
Powered by ZENFOLIO User Agreement
Cancel
Continue