Inside The Holy Chapel 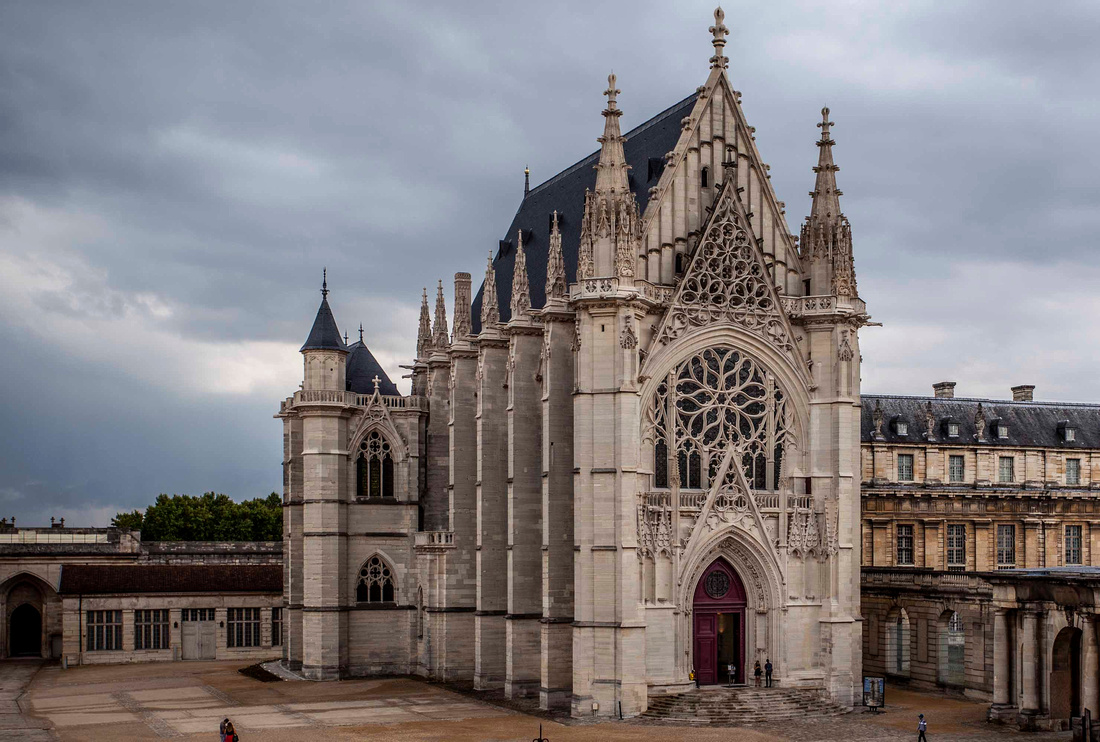 The write up on The Holy Chapel in the brochure about the Vincennes Castle reads "Founded by Charles V in 1379, the chapel is modeled on the Sainte-Chapelle* of the Palais de la Cité in Paris, though it has only one floor, with oratories reserved for the queen on the right and the king on the left, and to the north east a building containing a sacristy and treasure room.

The work initiated during the reign of Charles V was continued under Charles VI and completed long afterwards under Henry II (1547-1559)."

*"Sainte-Chapelle: royal chapel built by Saint Louis to house the the relics of Christ's Passion (the Crown of Thorns, a fragment of the Holy Cross, the sponge and the spear)."

You can see my photos of Sainte-Chapelle from when we were in Paris in 2013 at: https://photoofthedayetc.wordpress.com/2013/06/05/france-day-24-marie-antoinette/ 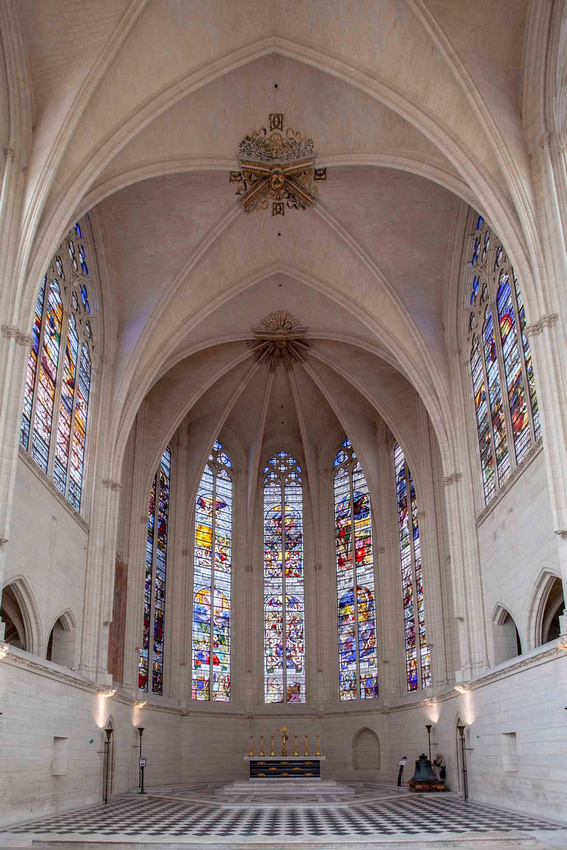 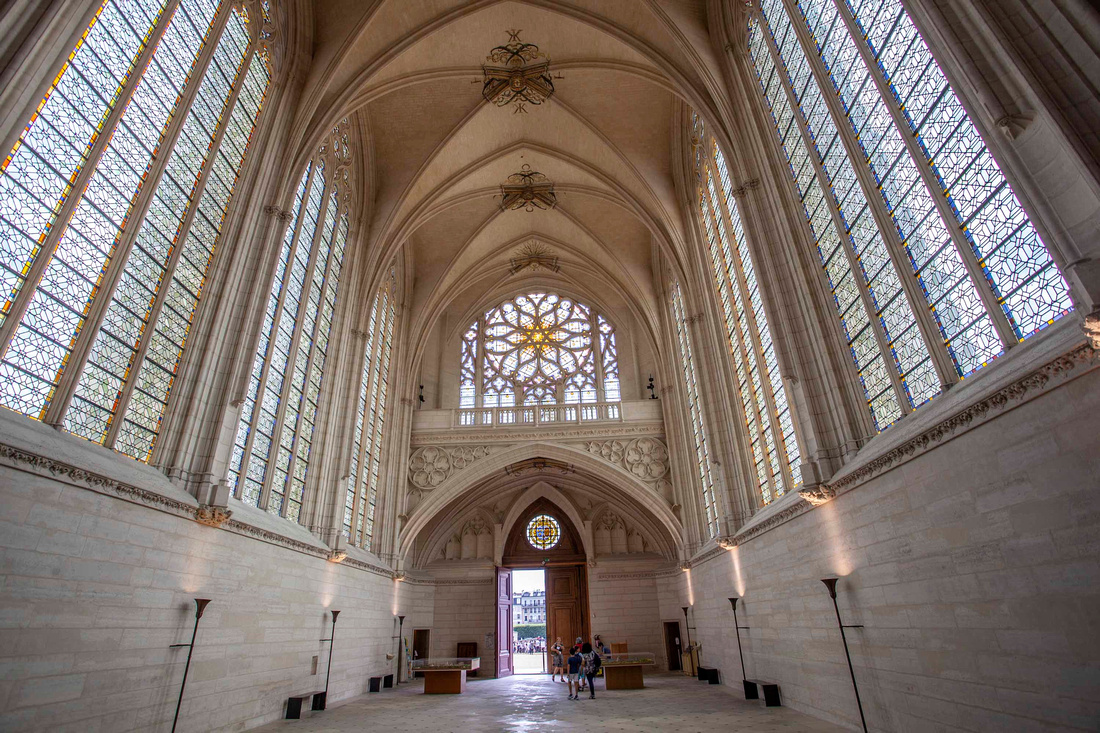 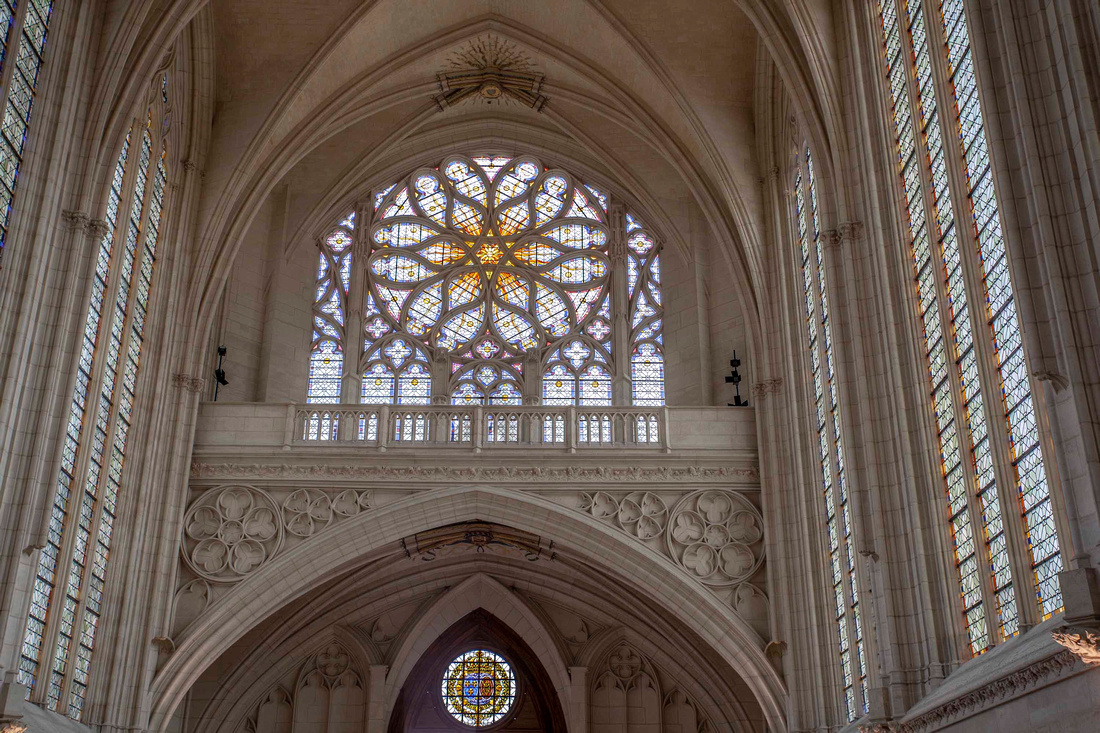 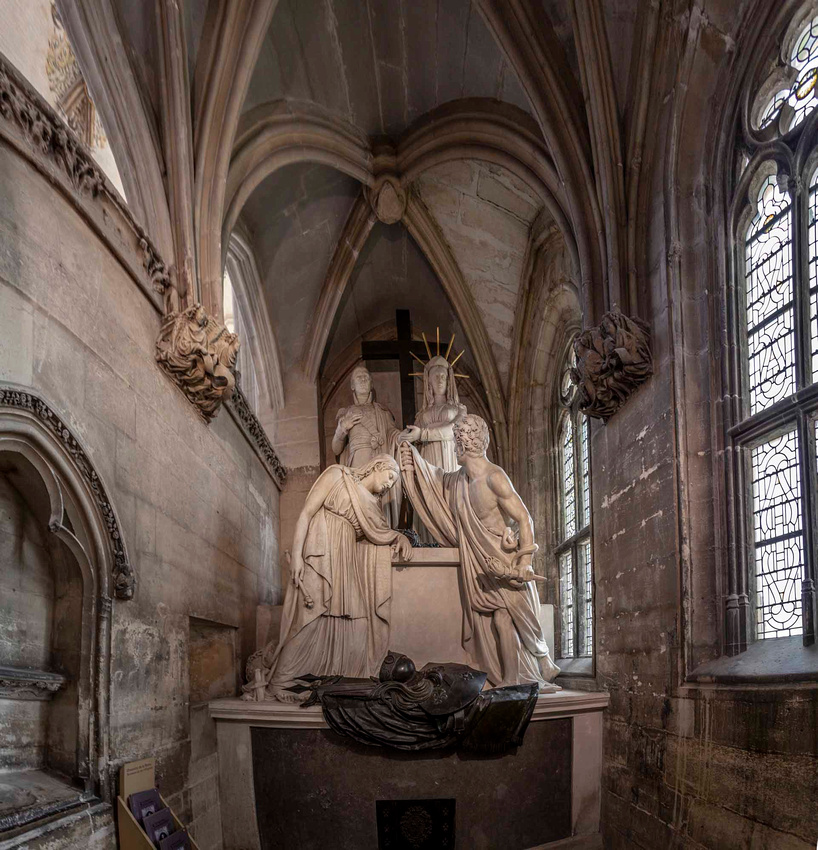 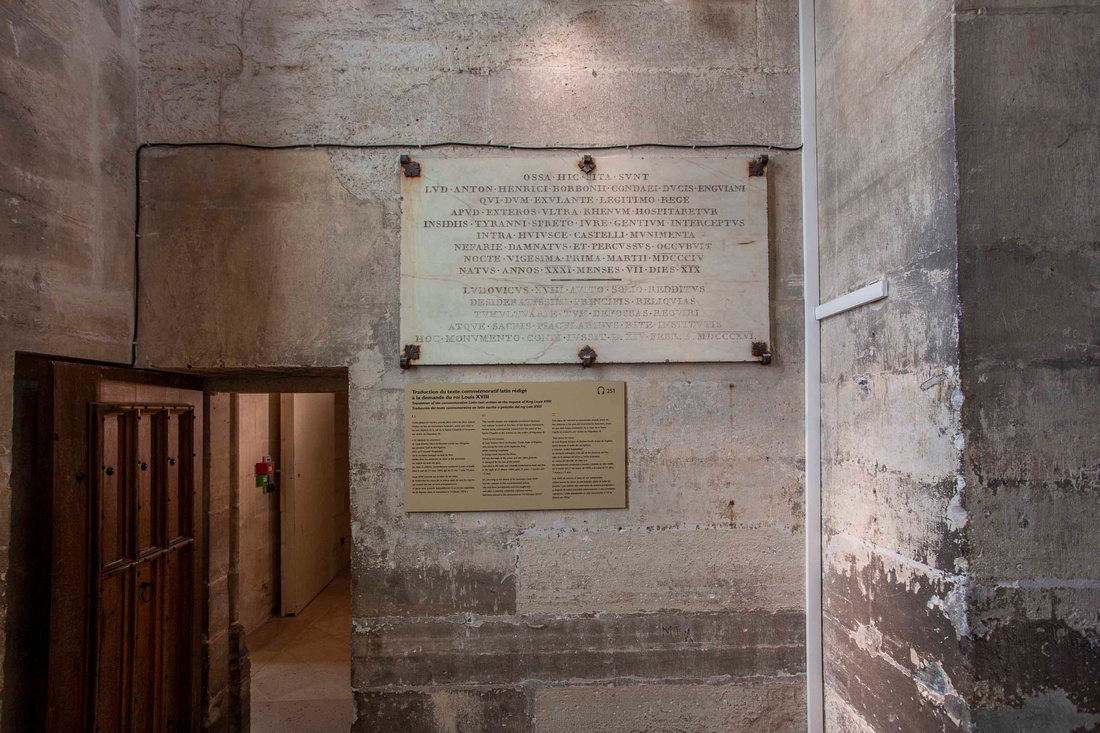 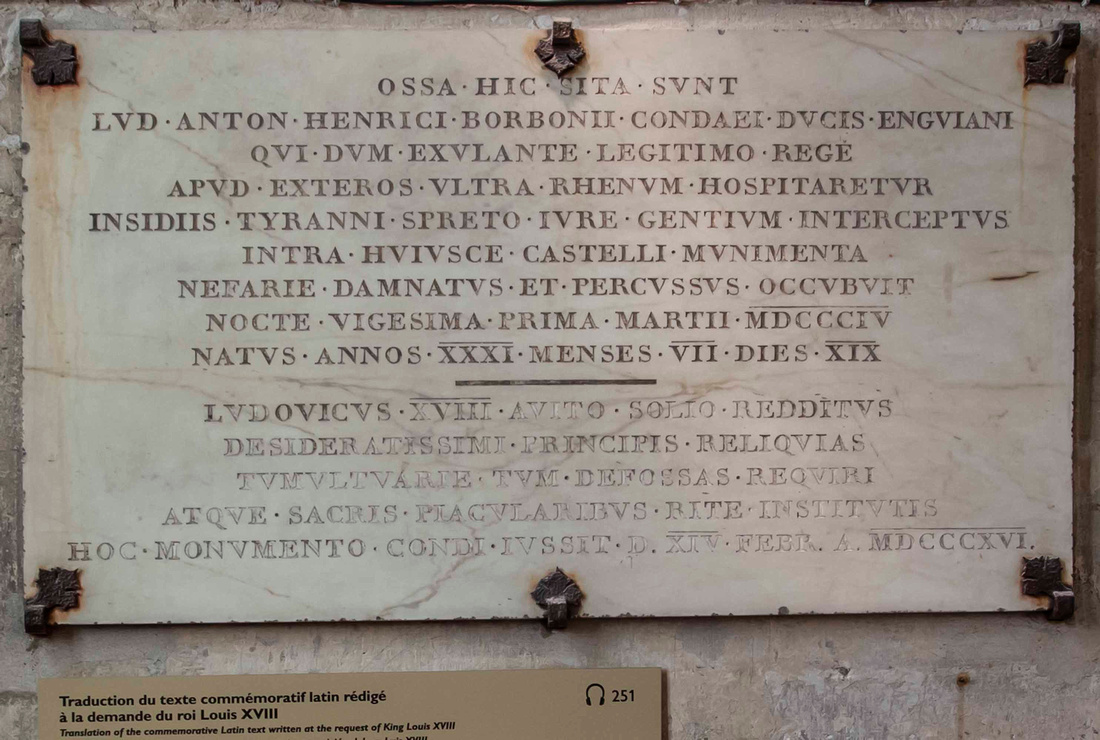 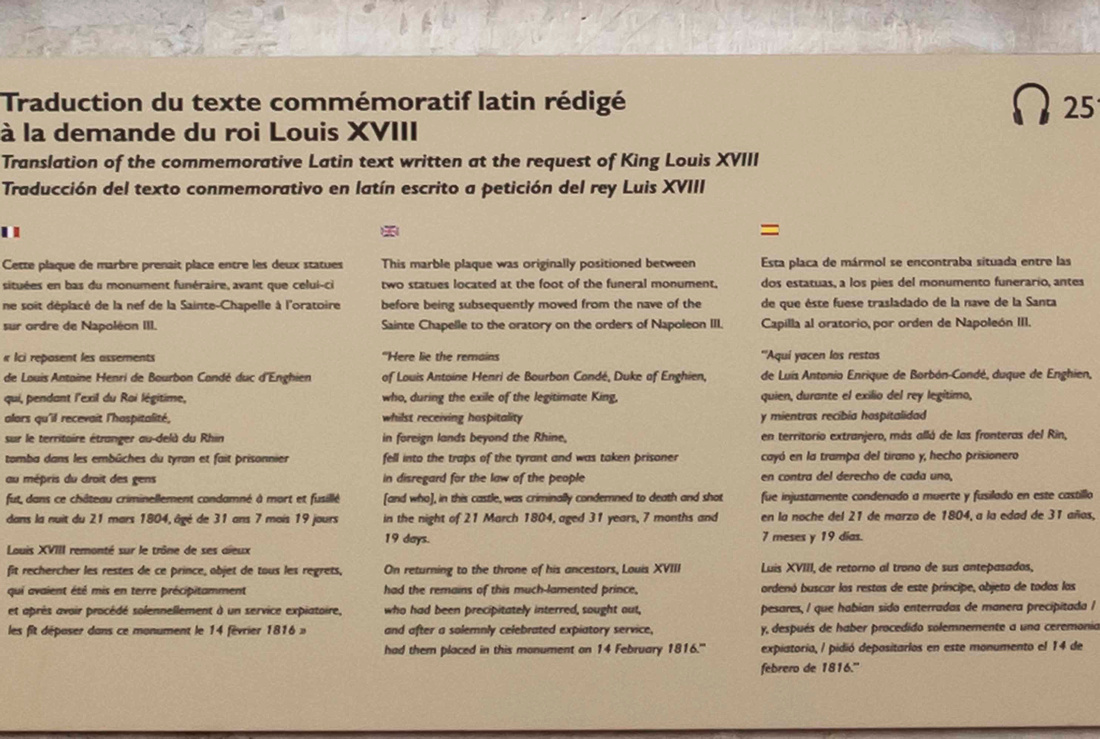 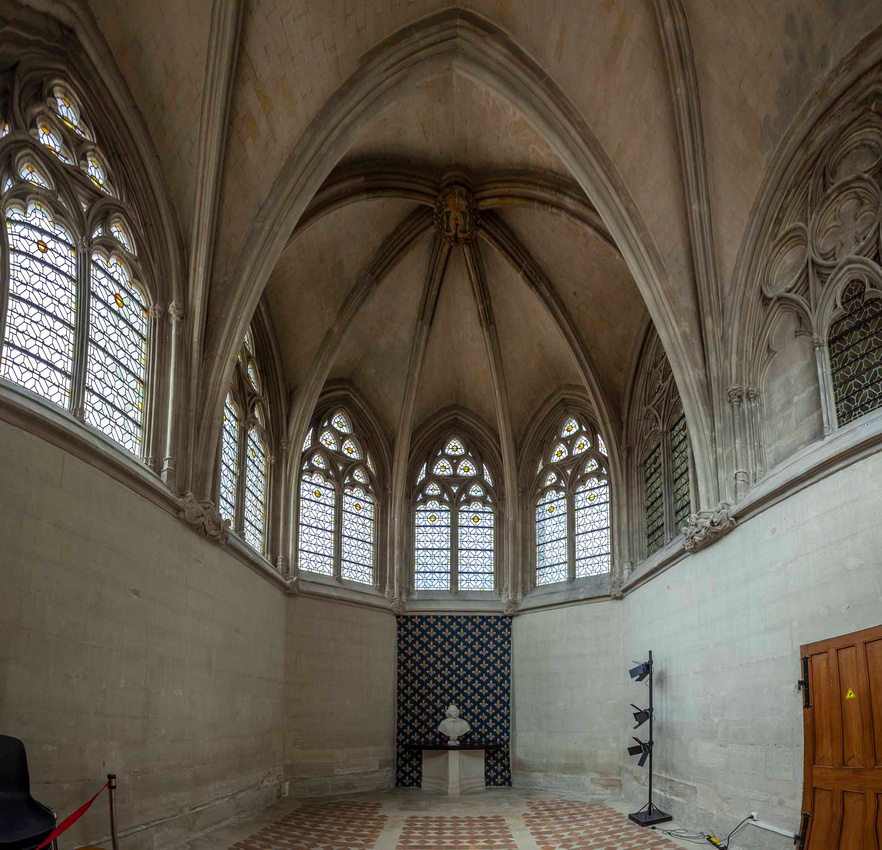 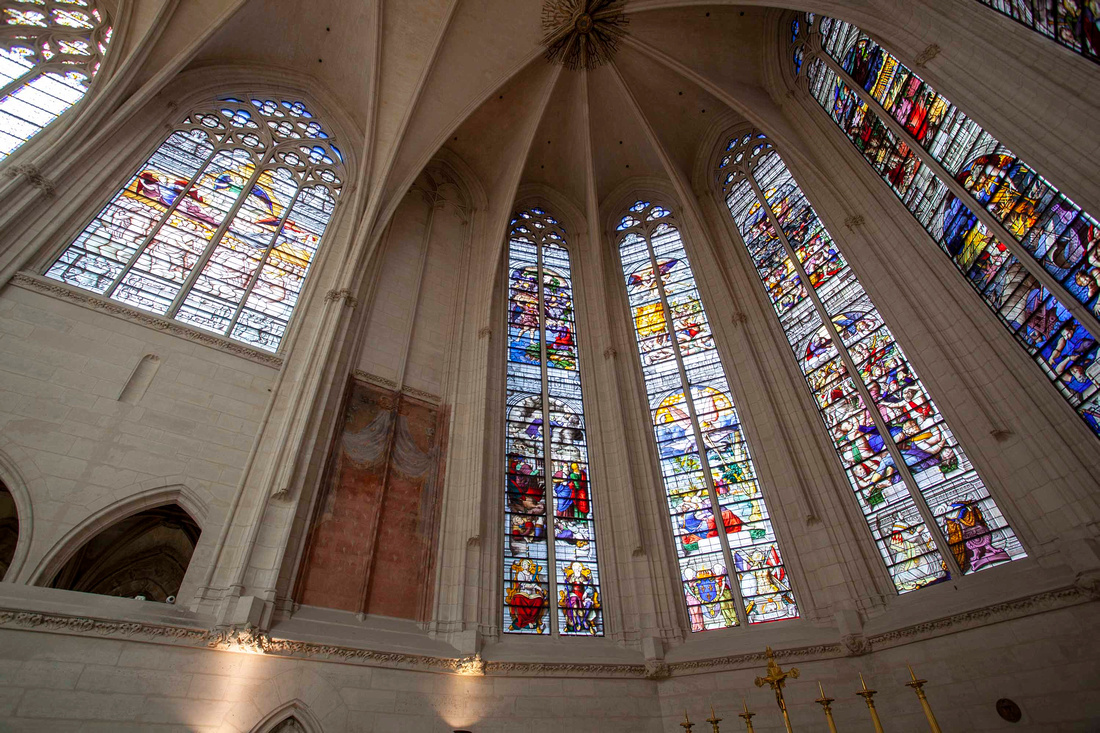 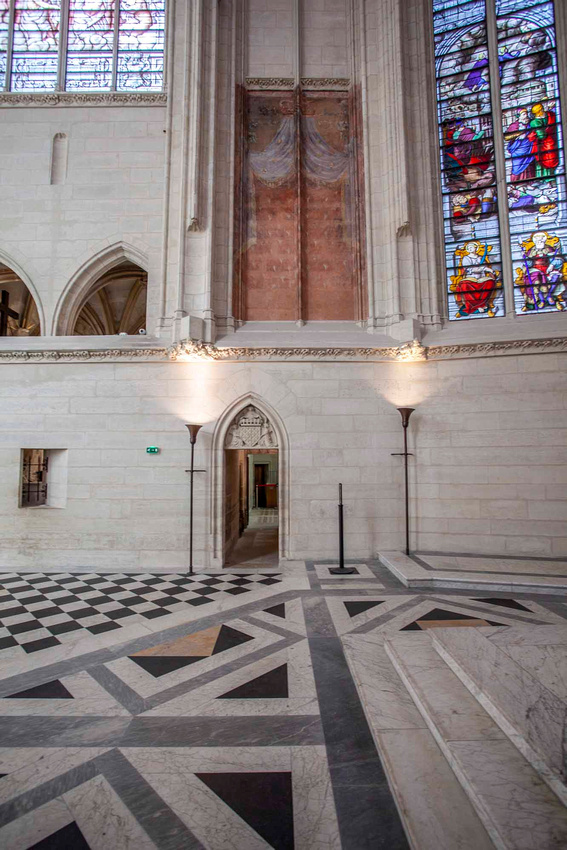 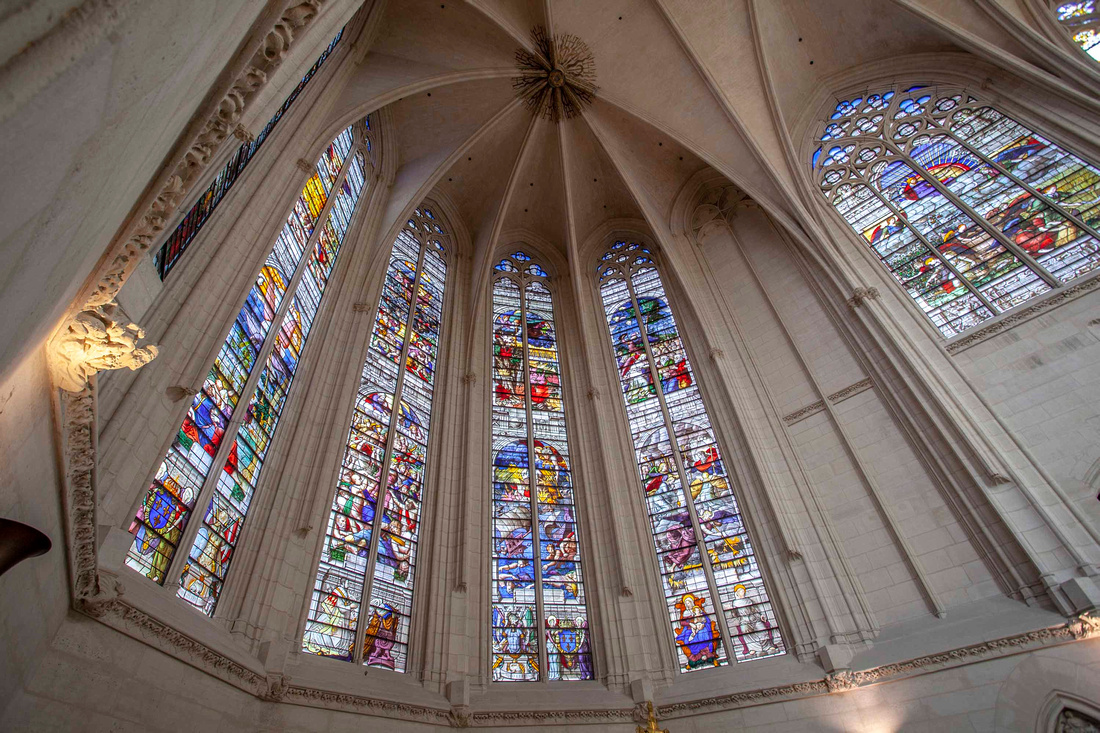 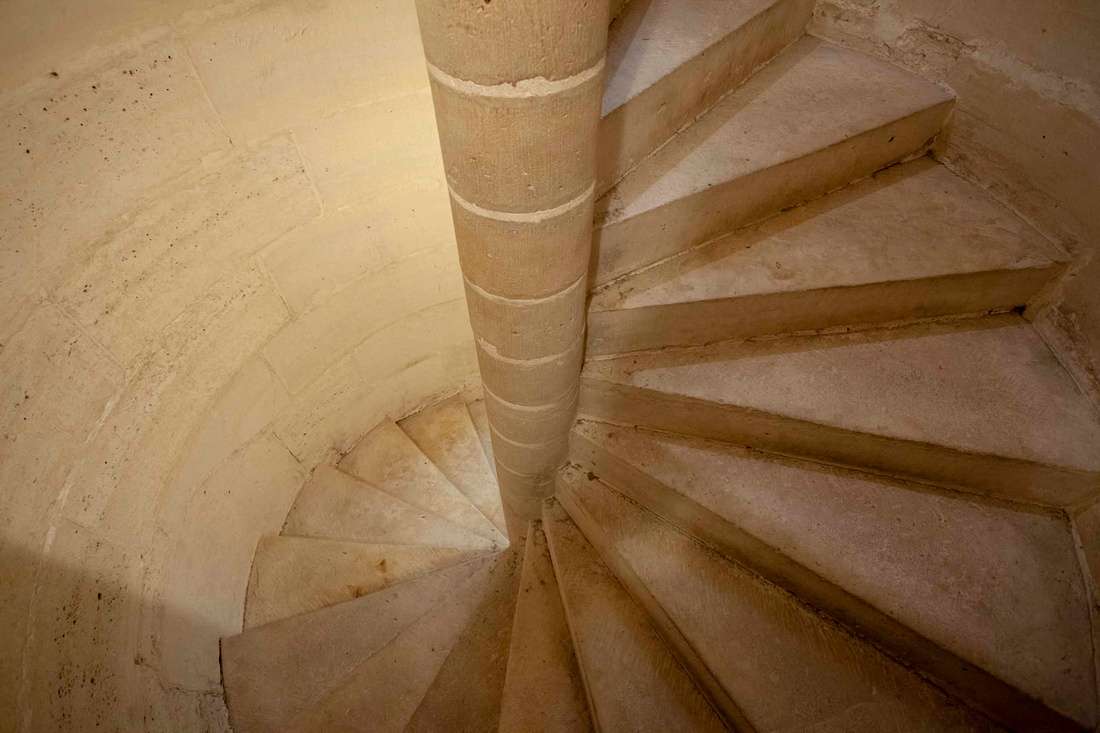 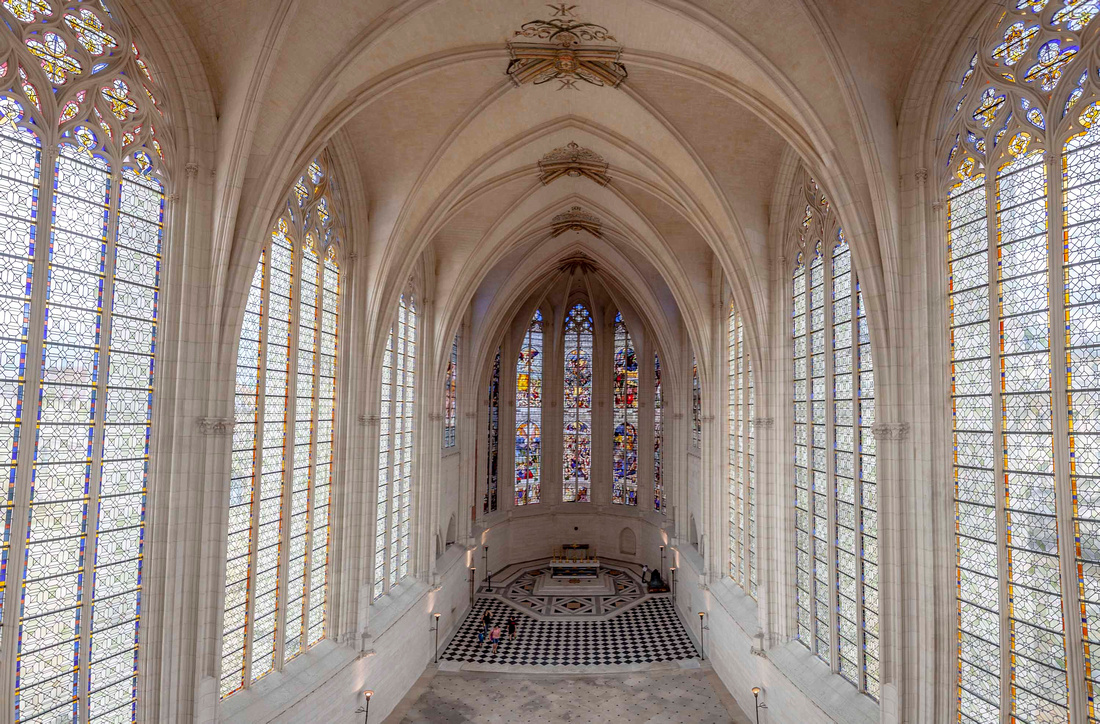 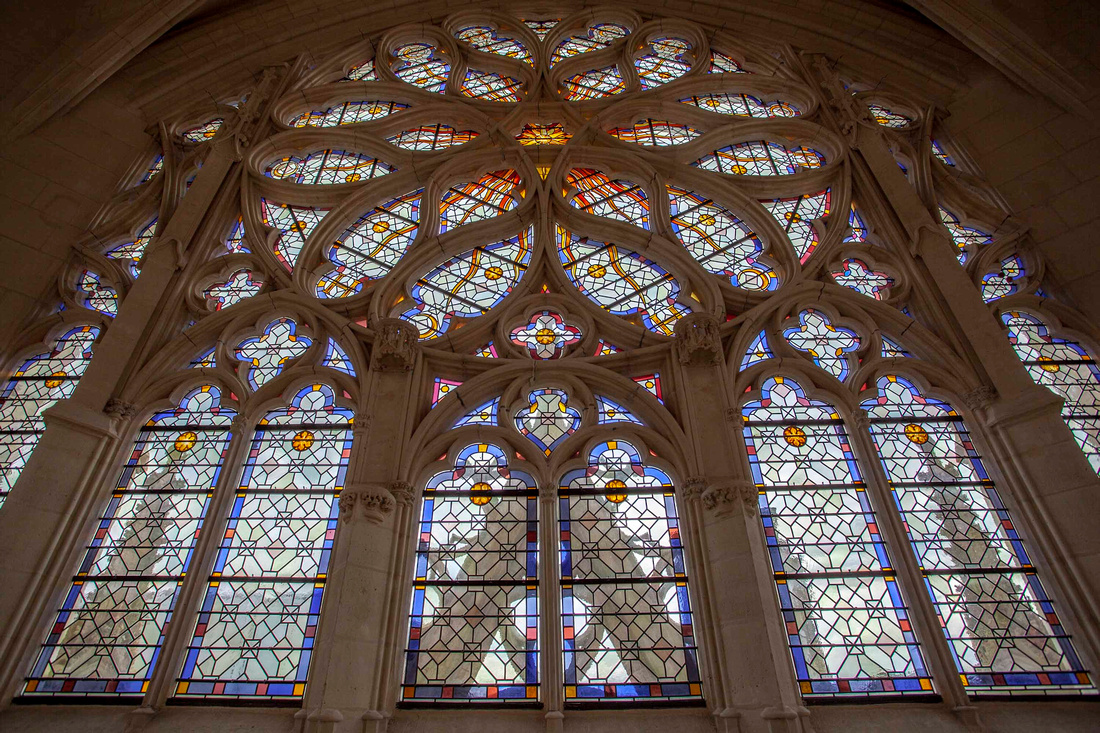 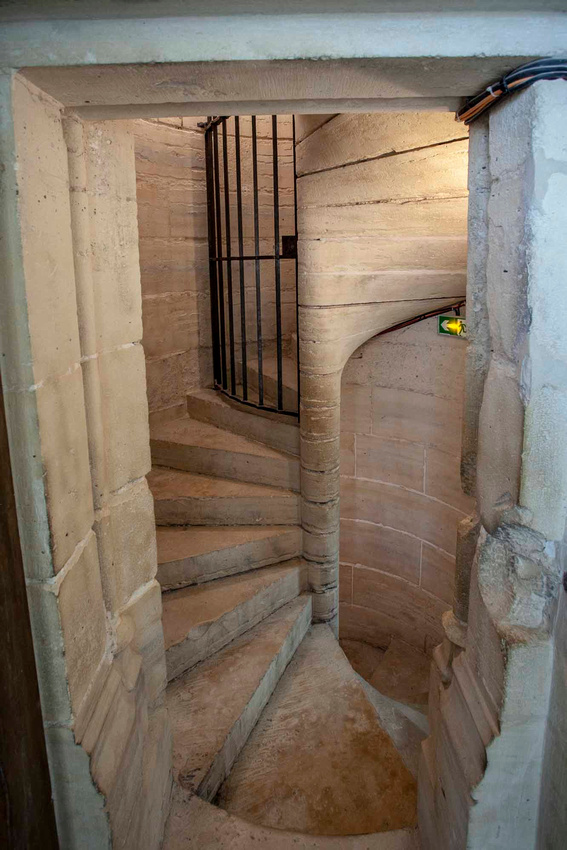 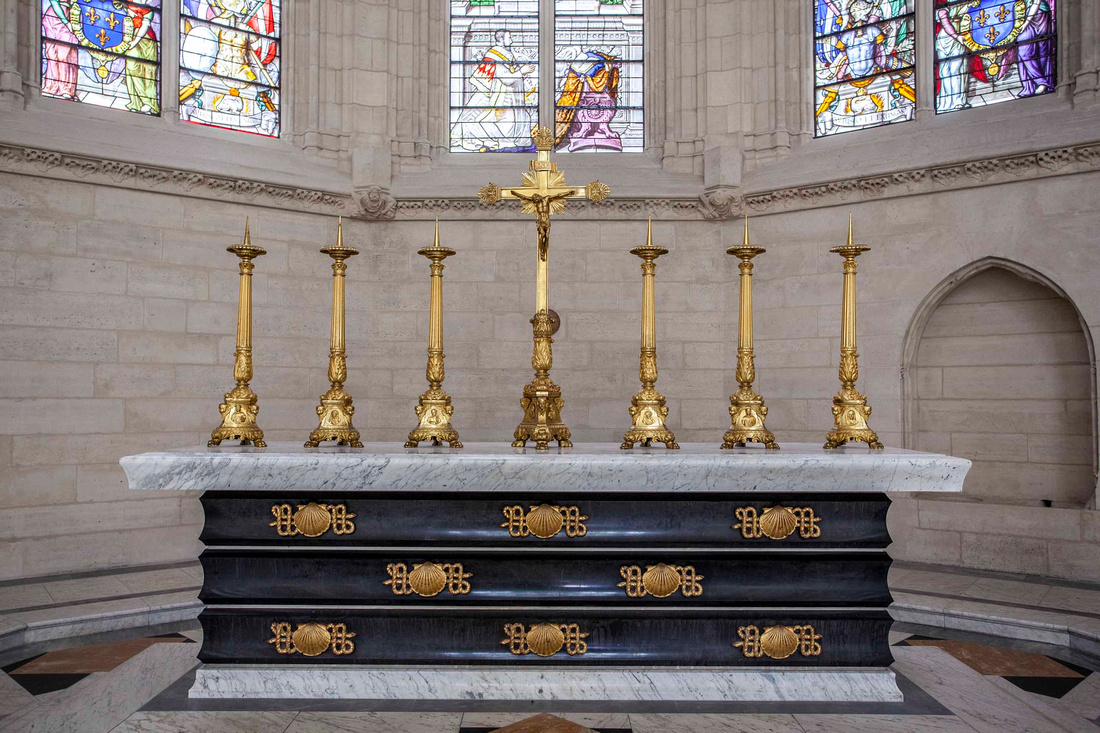 T & L Photos
Thanks, Lavinia!
Lavinia Ross(non-registered)
These are beautiful, Tim. Such a magnificent chapel!
T & L Photos
Thanks, Christine. Staring up at the stained glass didn't make me dizzy, but walking up a few hundred steps on those spiral stair cases made me dizzy and disoriented when I walked out of them.
Christine E. Robinson(non-registered)
Stunning photos, Tim! Gazing up at the stained glass windows must have made you dizzy. You got some spectacular angles. Christine
T & L Photos
Thanks, Susan! A chapel that tall and thin is very challenging to photograph. Although the photos looking up are pretty much how you see the stained glass and ceiling. Our eyes normalize the distortion when we are standing there looking up.
No comments posted.
Loading...
Subscribe
RSS
Recent Posts
Last Post on Zenfolio Walk, Run, Splash, Fly A Walk in the Snow We Wish You a Merry Catmas Cranes, Train & A Full Moon on Winter Solstice I Had A Dream Shrink Wrapped Fly Away Fire & Phantasm First Snow on the 2nd
Archive
January February March April May June July August September October November December
Timothy Price
Powered by ZENFOLIO User Agreement
Cancel
Continue