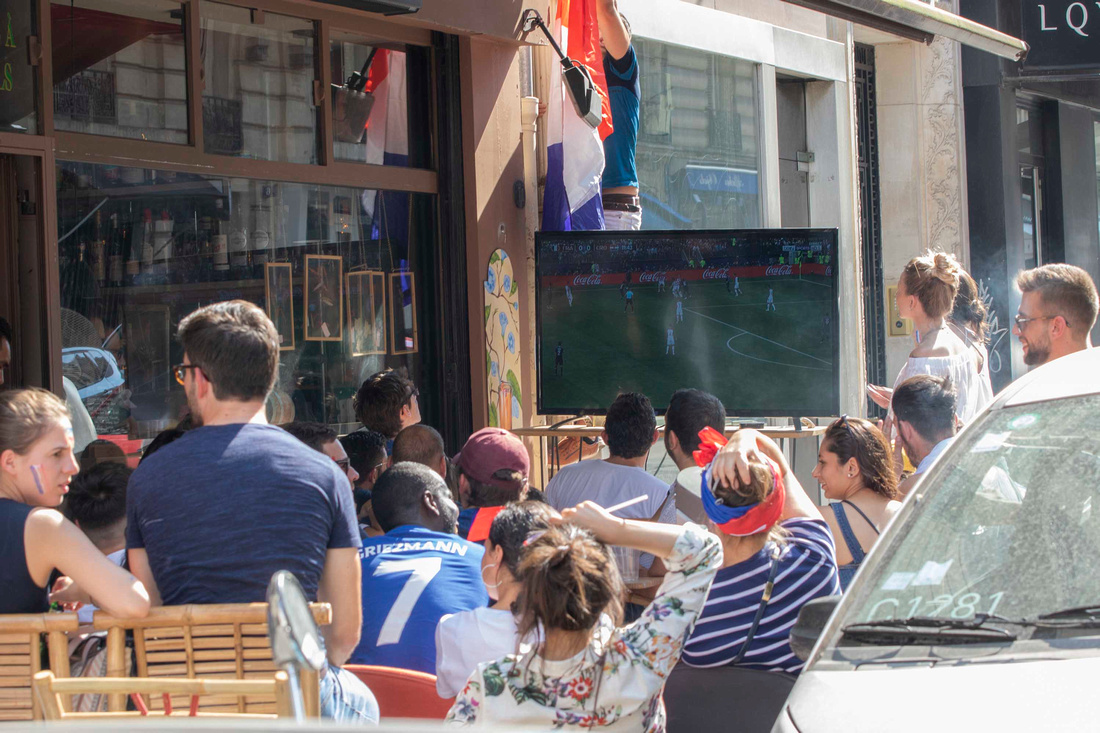 Watching the game at one of many bars.

If, by chance, you don't know the outcome of the World Cup Soccer final, France beat Croatia 4-2. The streets of Paris close to Notre Dame were filled with fans celebrating the win until the early hours this morning. 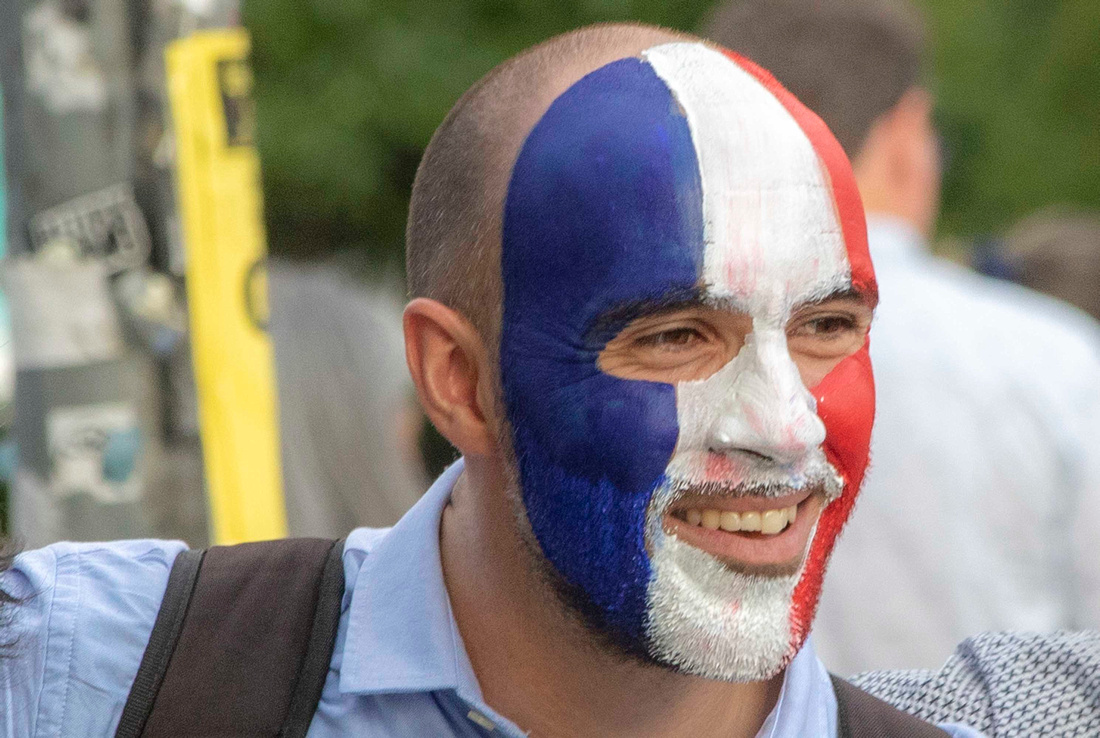 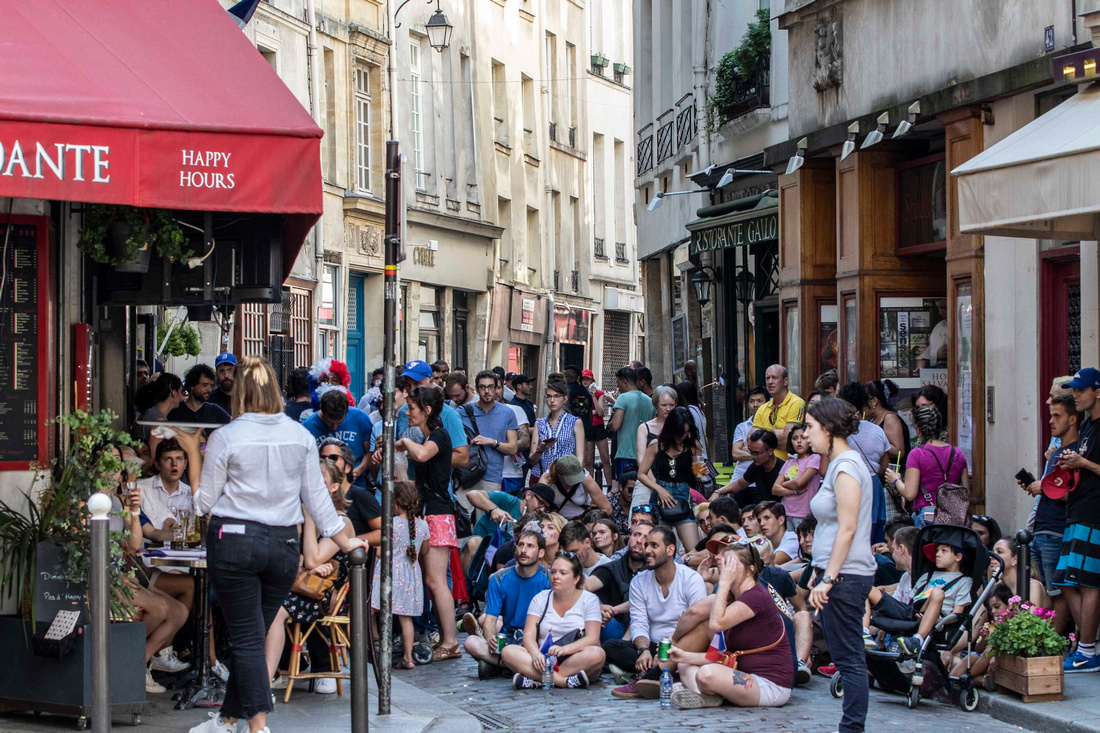 Fans overflowed into the streets to watch the game from outside bars. 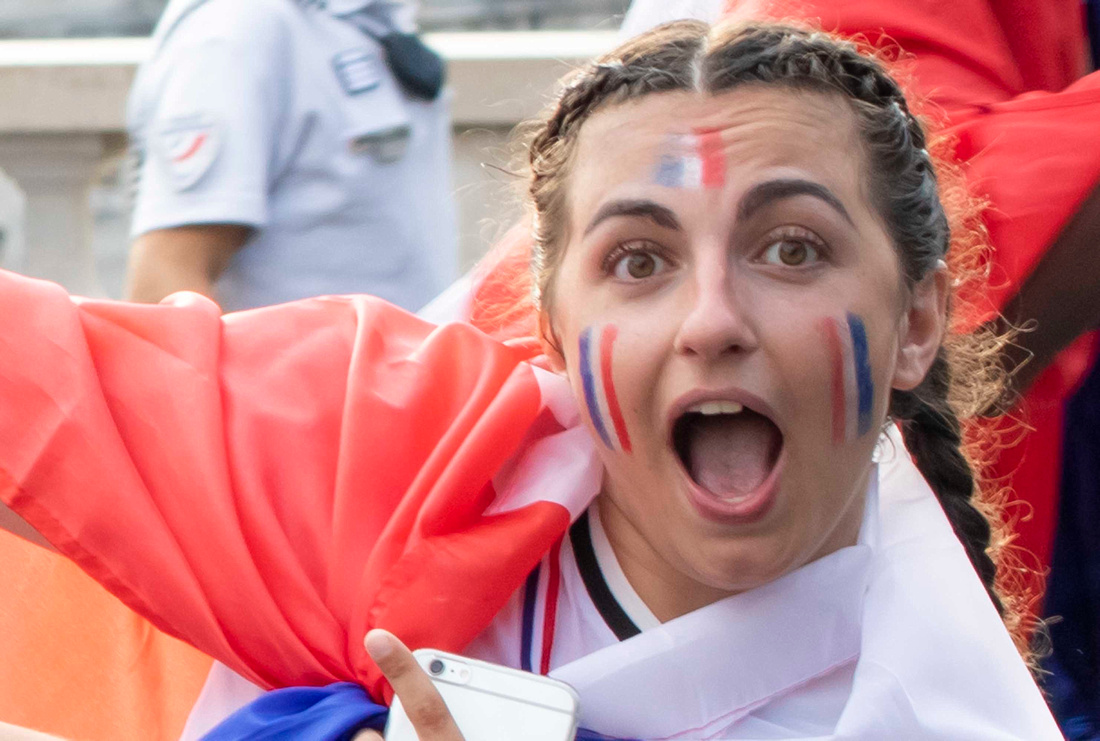 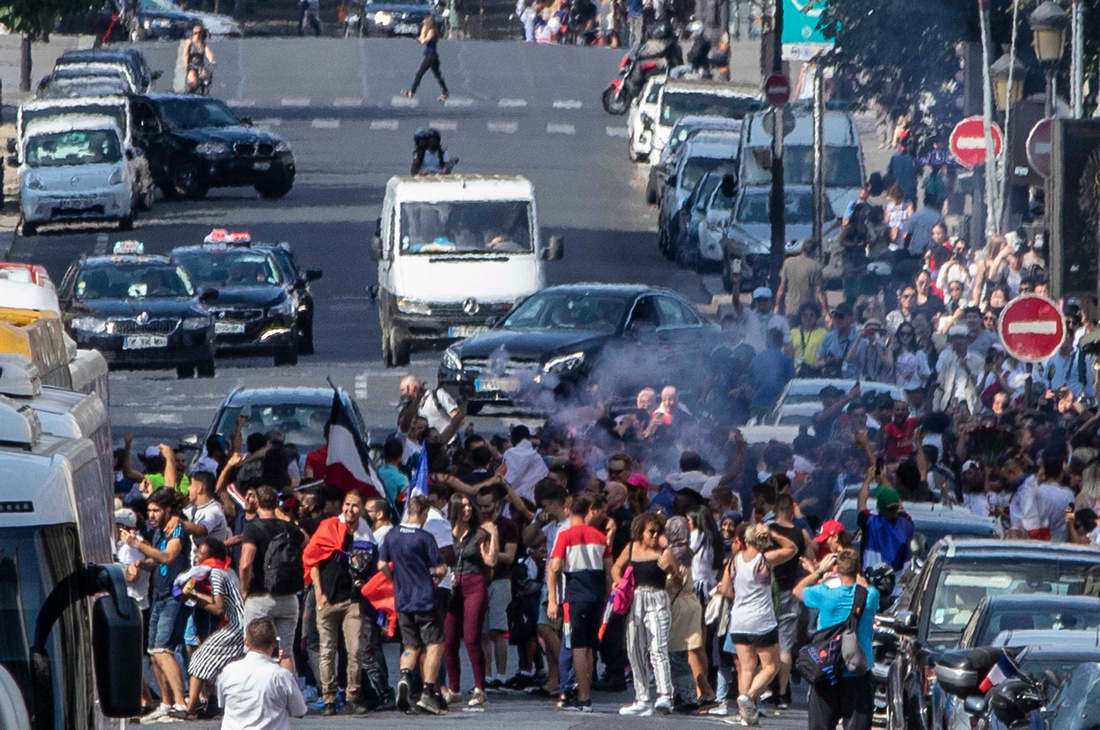 Fans celebrating in the street after France scores the first point of the game. 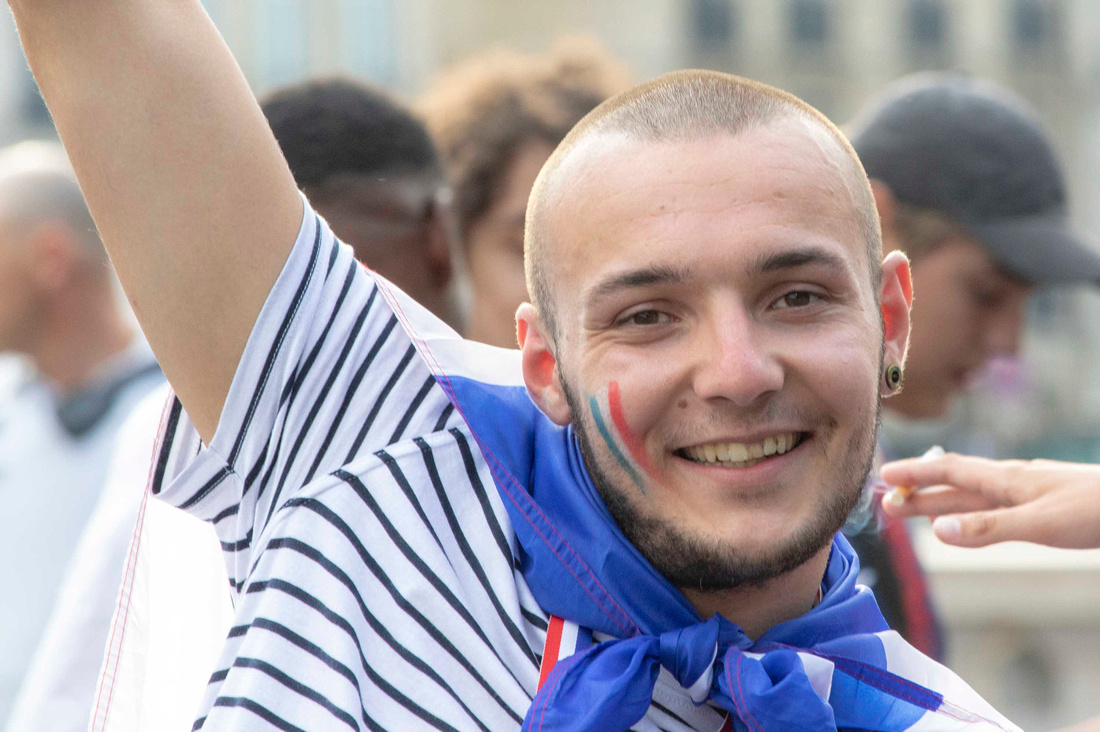 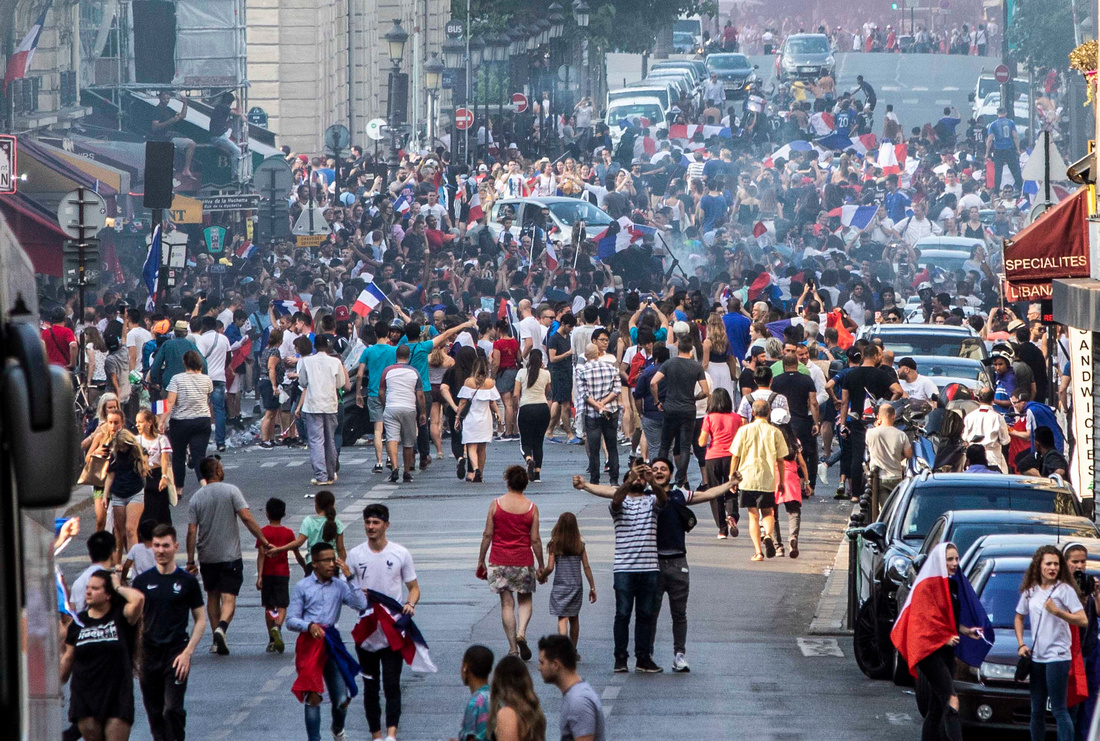 Fans poured into the streets yelling, screaming and singing at the end of the game. 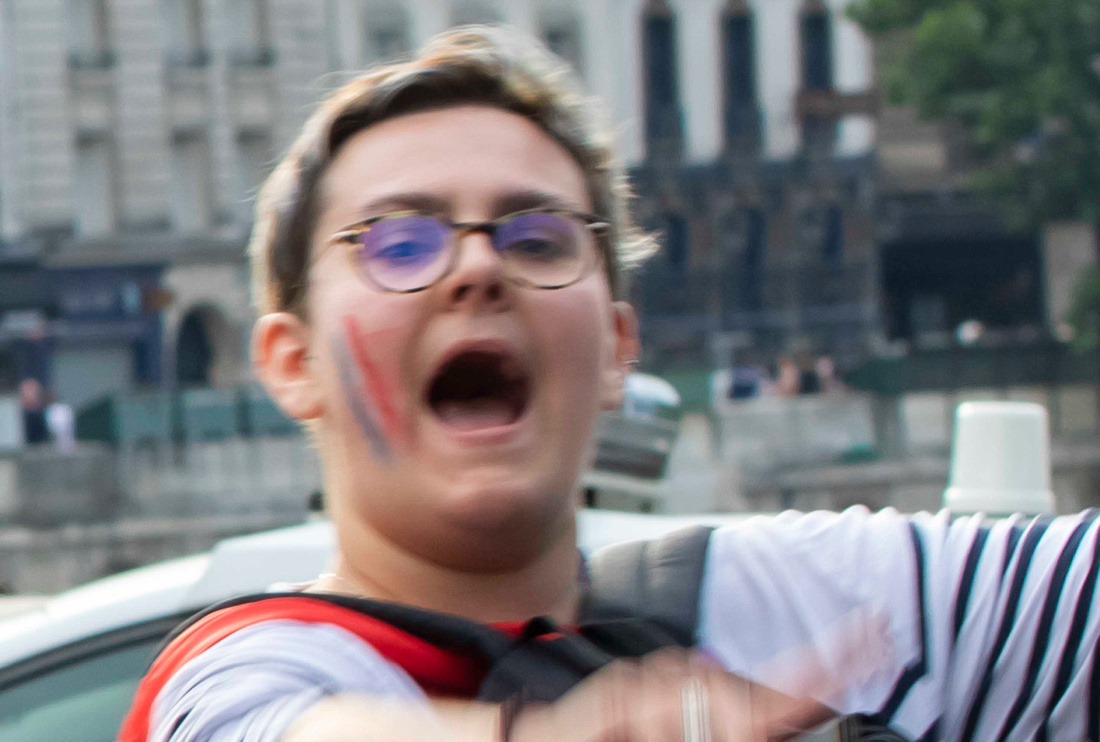 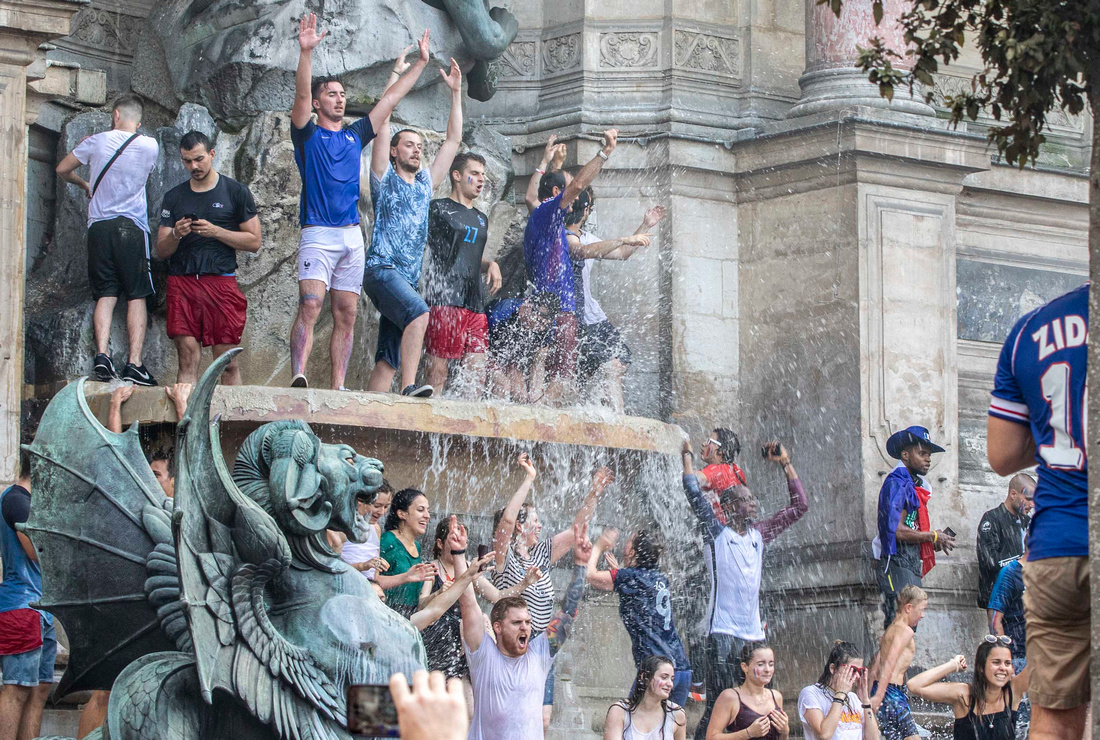 Fans dance, scream, splash and sing in a fountain. 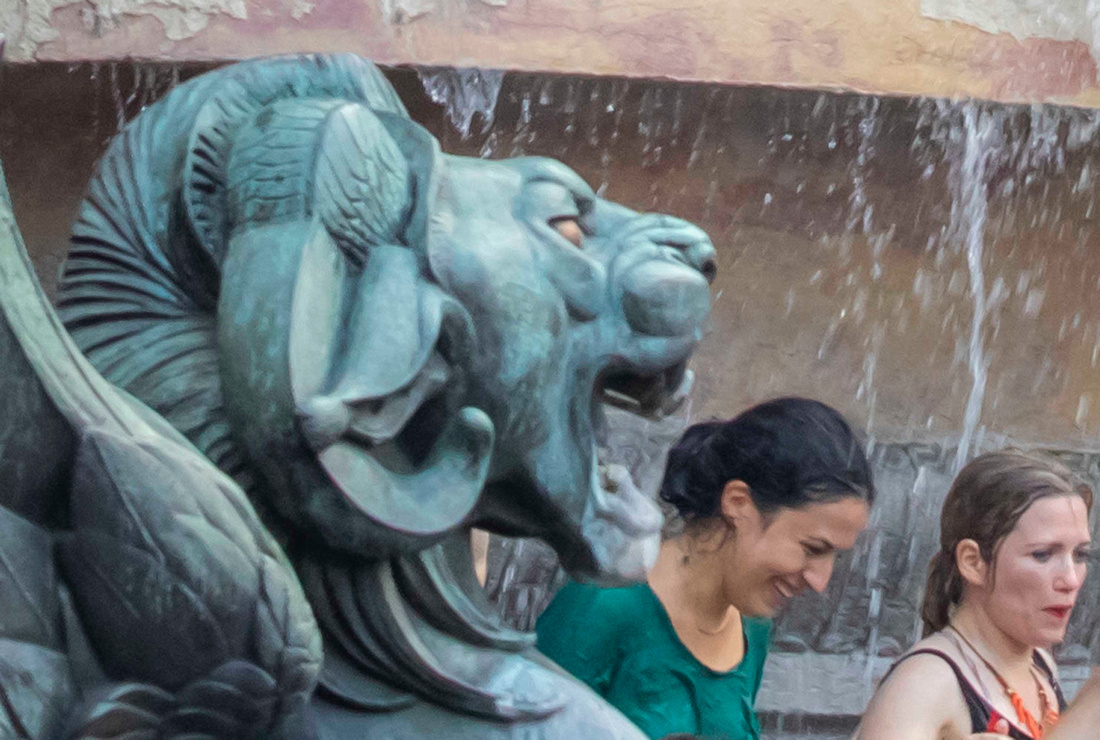 The lion looks like it's cheering with the fans. 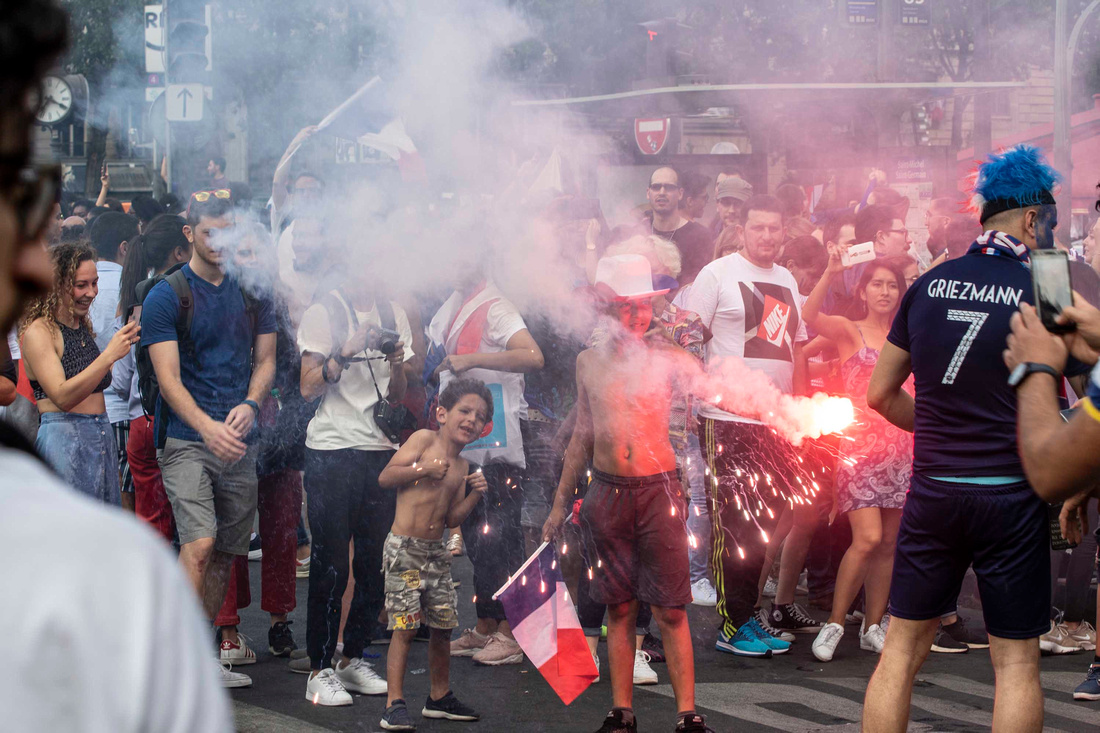 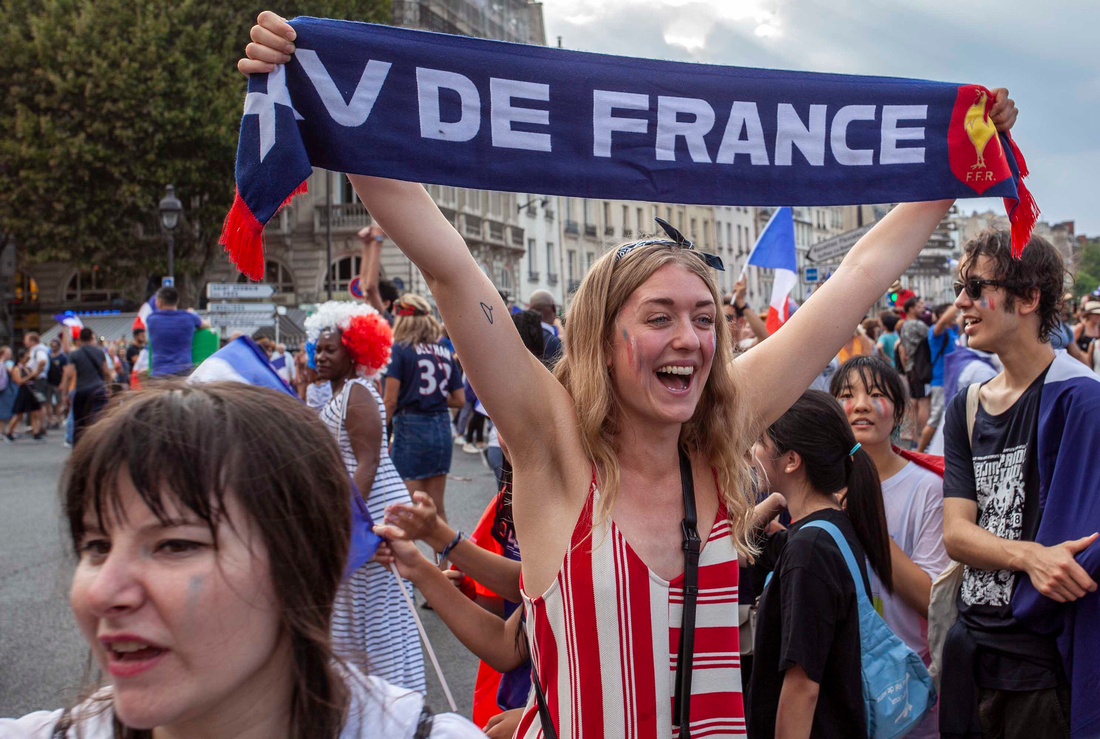 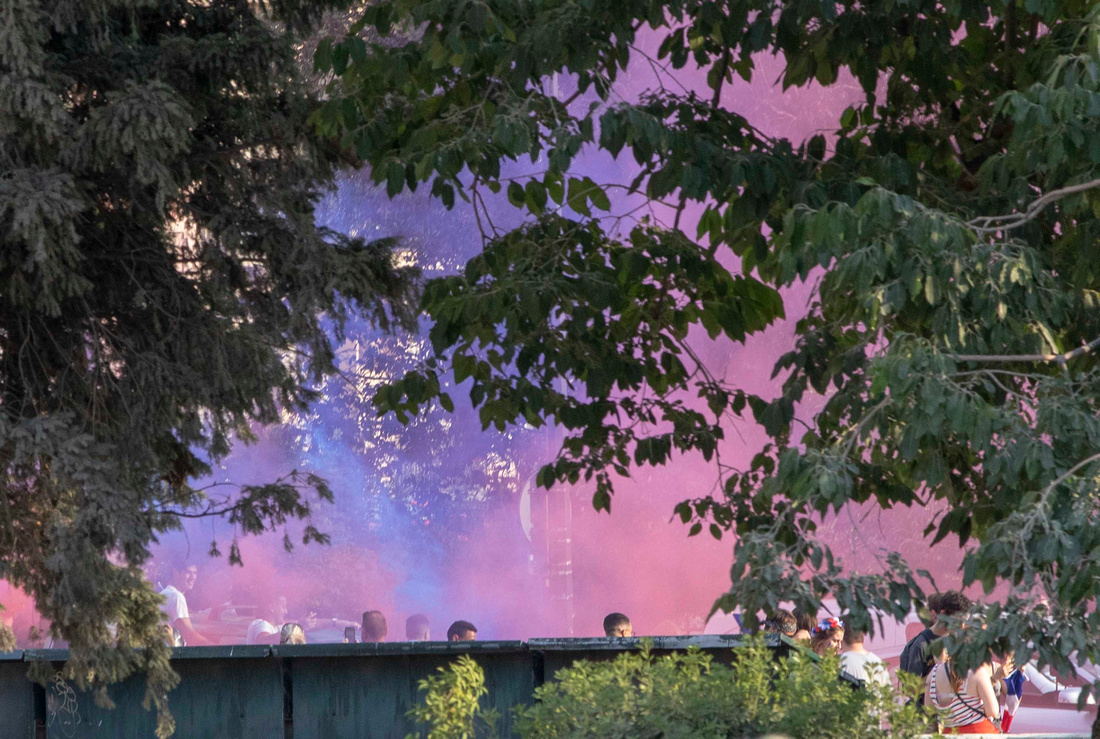 Fireworks filled the air with colored smoke. Red and blue smoke covered up the white smoke.

T & L Photos
Hi Couriers. The smaller crowds are really fun and easier to deal with. We rarely see big crowds at home.
T & L Photos
Hi Nana. I will look through the all photos for a tall young man. Looking forward to seeing you, also.
Animalcouriers(non-registered)
What fun to be in Paris for the game. Glad you weren't near the Champs Elysées as 'celebrations' got a little out of hand. It was loud down here too.
Nana Marton(non-registered)
Hi Tim,
so you were in Saint Michel: quite a hot spot for a celebration of this kind!
you might have seen my youngest son, but I can't catch him on your photos...
so I think you missed him (he's 6.69 ft tall) after all.
Looking forward to seeing you :-)
T & L Photos
Thanks, Harry!
No comments posted.
Loading...
Subscribe
RSS
Recent Posts
Last Post on Zenfolio Walk, Run, Splash, Fly A Walk in the Snow We Wish You a Merry Catmas Cranes, Train & A Full Moon on Winter Solstice I Had A Dream Shrink Wrapped Fly Away Fire & Phantasm First Snow on the 2nd
Archive
January February March April May June July August September October November December
Timothy Price
Powered by ZENFOLIO User Agreement
Cancel
Continue