We are off to Paris, France on Saturday, and the cats are going to be shut in with the catio being their only connection to the outside world for 10 days while we are gone. They will go crazy being shut inside now that they have been able to go outside and come back inside as they please during the day for the past several months. Therefore, I'm sure they will rush the front door and try to slip outside when Laurie's parents come over to feed them.

Since Loki, Silver and Marble are afraid of everyone but us, and they freak out, run and hide whenever other people come in the house, if they got out while we are gone, Laurie's parents would have a really difficult time getting them back in. If we left the kitty door to the outside open while we are gone, we would come home to a house full of bunnies, lizards and birds, since we have been taking away two or three lizards a day from the kitties that they bring into the house, a couple of birds a week, and Silver has brought three baby bunnies and a gopher into the house over the past six weeks.

While thinking about how to minimize the risk of the kitties getting out while we are gone, I got the bright idea to wire-in the porch at the front door, so it's like a vestibule or "cat trap". That way if the kitties rush the door and slip out, they will be trapped in the wired-in porch, making it easier to get them back inside.

Using scrap wood, an old door, and wire from the infinite shed of doom, I got most of the cat trap built last night, so this morning Spunk and Silver were checking out my work from the outside looking in. Since it's new, they were quite excited about it, and Laurie said they made a big deal out of coming in and going out through the door on the cat trap all day. I finished the cat trap tonight, and let silver slip out the front door to test it. He started to make a break for the great outdoors, but he was stopped the the cat trap's closed door. He then walked the perimeter of the cat trap, look up and saw wire covered the top, decided there was no way out, and came back inside. Success! 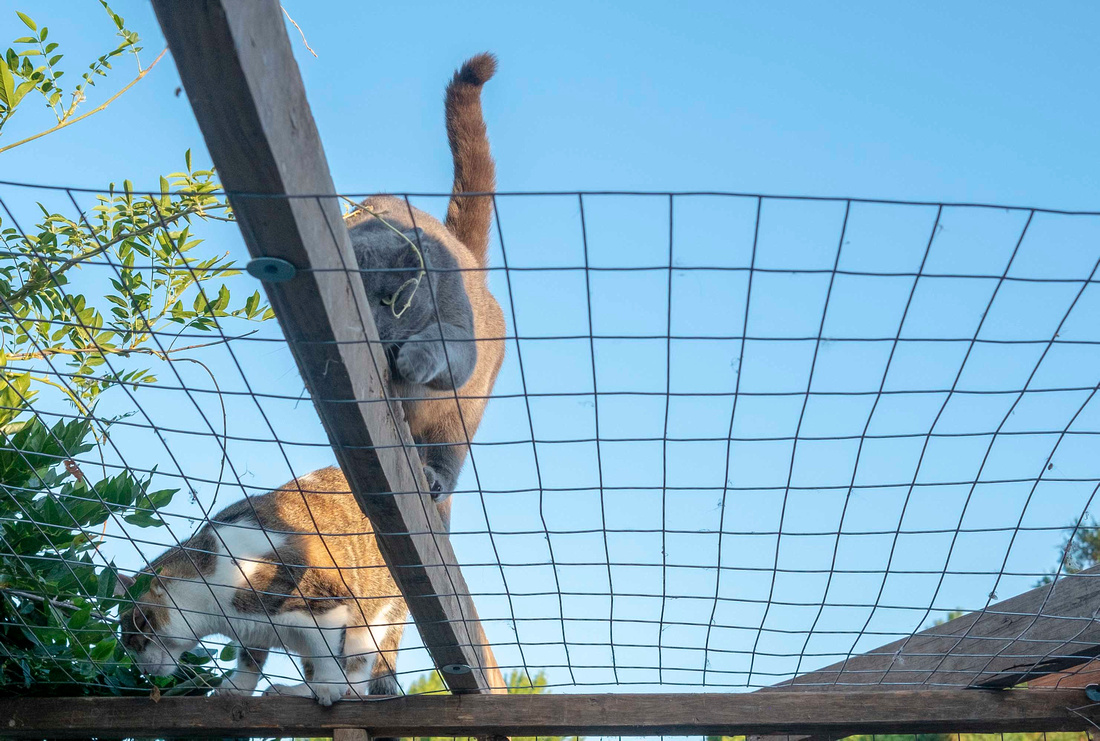 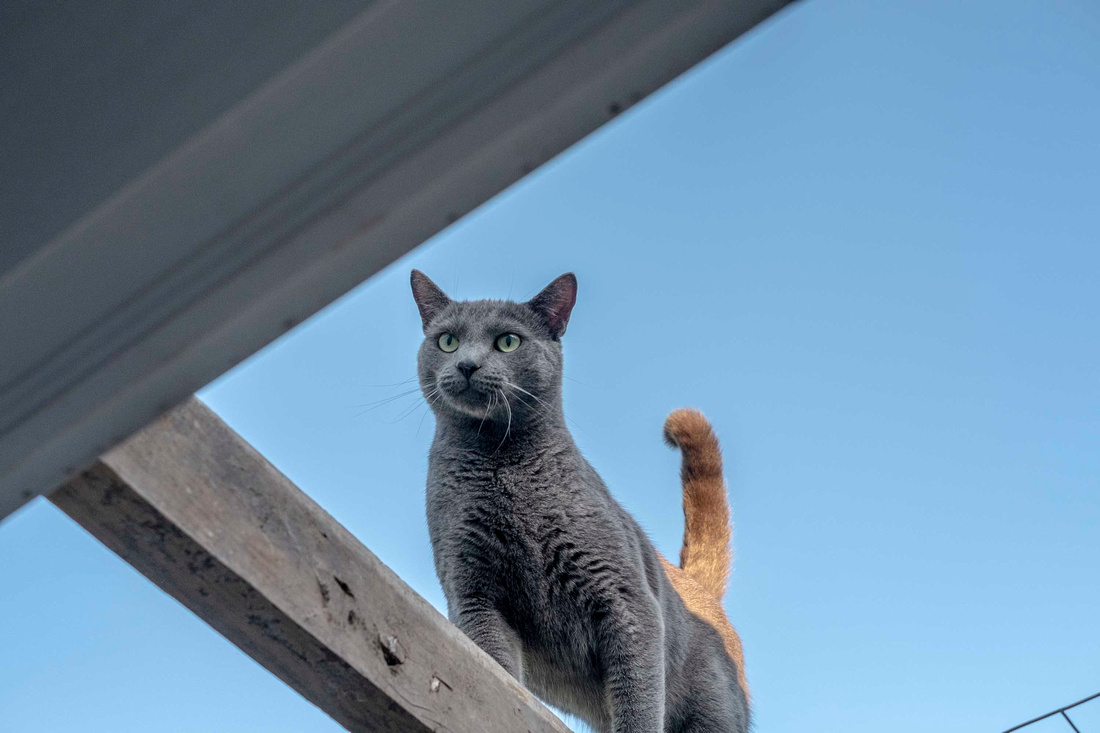 T & L Photos
Thanks, Christine. I'm sure the kitties will be ornery.
T & L Photos
Thanks, Lavinia. Laurie's parents called it the kitty Sally Port. They go out to the jail to minister to prisoners and have to go in and out through a Sally Port.
Christine E. Robinson(non-registered)
Tim and Laurie, have a wonderful time in Paris! Very clever idea for a “cat trap.” Hopefully, they will stay put and behave for the “cat sitters.” Safe travels. Christine
Lavinia Ross(non-registered)
That is a great idea, making an cat airlock on the front door! You have wonderful parents to come over and take care of everyone while you and Laurie are away.
T & L Photos
Thanks, Harry!
No comments posted.
Loading...
Subscribe
RSS
Recent Posts
Last Post on Zenfolio Walk, Run, Splash, Fly A Walk in the Snow We Wish You a Merry Catmas Cranes, Train & A Full Moon on Winter Solstice I Had A Dream Shrink Wrapped Fly Away Fire & Phantasm First Snow on the 2nd
Archive
January February March April May June July August September October November December
Timothy Price
Powered by ZENFOLIO User Agreement
Cancel
Continue