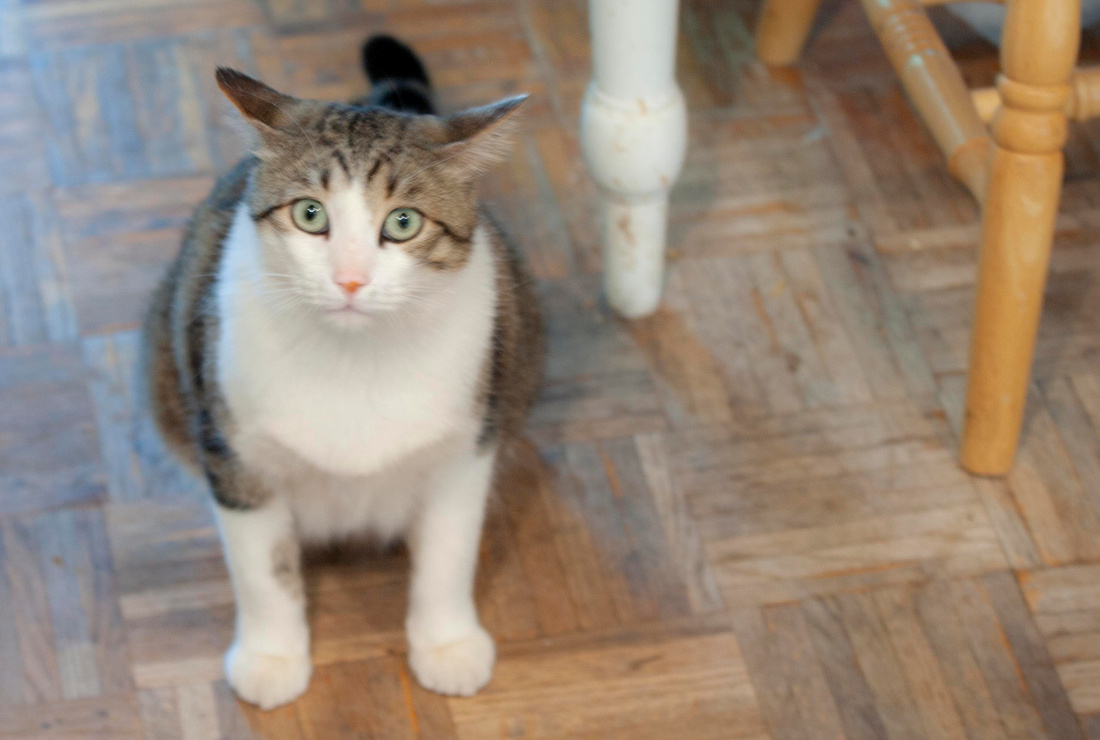 I heard rustling around in the bathroom, went to investigate and Najar was Jumping straight up in the air from inside the bathtub. I walked up to discover she had a little bull snake in the bathtub, which was striking at her and make her jump straight up in the air.  I rescued the poor little snake from Najar, and while I was holding the snake at the counter, Spunk came up and started rubbing on me. When he saw the snake, he jumped straight up in the air and barely touched the counter when he came down before he was on the floor giving me the rather puzzled look in the above photo. After I showed the cute little bull snake to Laurie, I took it out and let it go in a large pile of branches where the cats wouldn't get it again (at least right away).

Later I went out to round up the kitties and Silver was pestering something by the fence, which turned out to be a western coachwhip snake. I took Silver inside, and went back out to find Marble pestering the snake. I took Marble inside and went back outside to get photos of the snake. It was a little worked up between the dog on the other side of the fence, and Silver and Marble pestering it. So it was in my face, sticking its tongue in and out in a purposeful and threatening manner. I finally gather up the coachwhip snake, which turned out to be about four feet long, and took him to the large pile of branches where he would have better protection. You can see an animated GIF I put together of him tongueing at https://photoofthedayetc.wordpress.com/2018/05/24/snake/.

A few days later, Lane, Suzette, Jim, Ann and I were walking on the ditch bank when Suzette yelled that a snake was chasing them. I went back to find a large bull snake crawling along the edge of the bank, but it headed down the bank into sticks and leaves when I walked up. I got one photo of it, then I tried to get it back up on the bank where I could get clear photos of it out of the sticks and leaves, but it hissed and struck at me and put up a lot of resistance before slipping through the fence.  Lane had mentioned earlier that he thought the difference between bull snakes and gopher snakes was that bull snakes chase you. I've never been chased by a bull snake, but it certainly seemed to be going after Ann and Suzette. 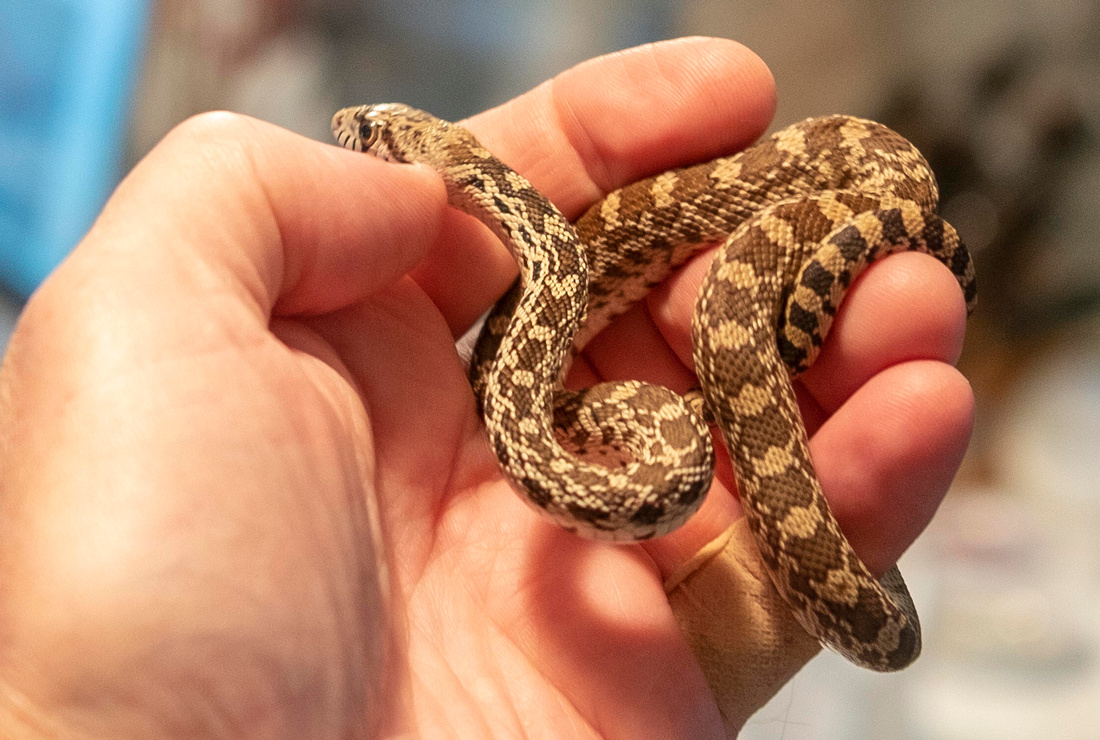 The cute little bull snake I rescued from Najar. 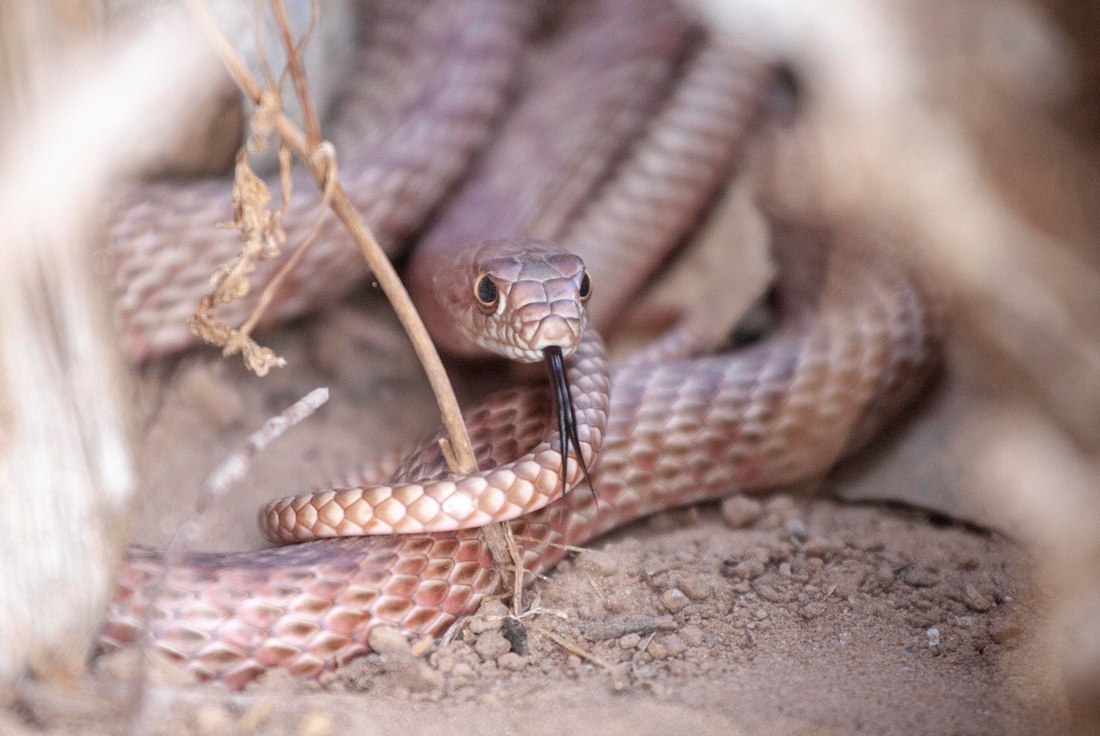 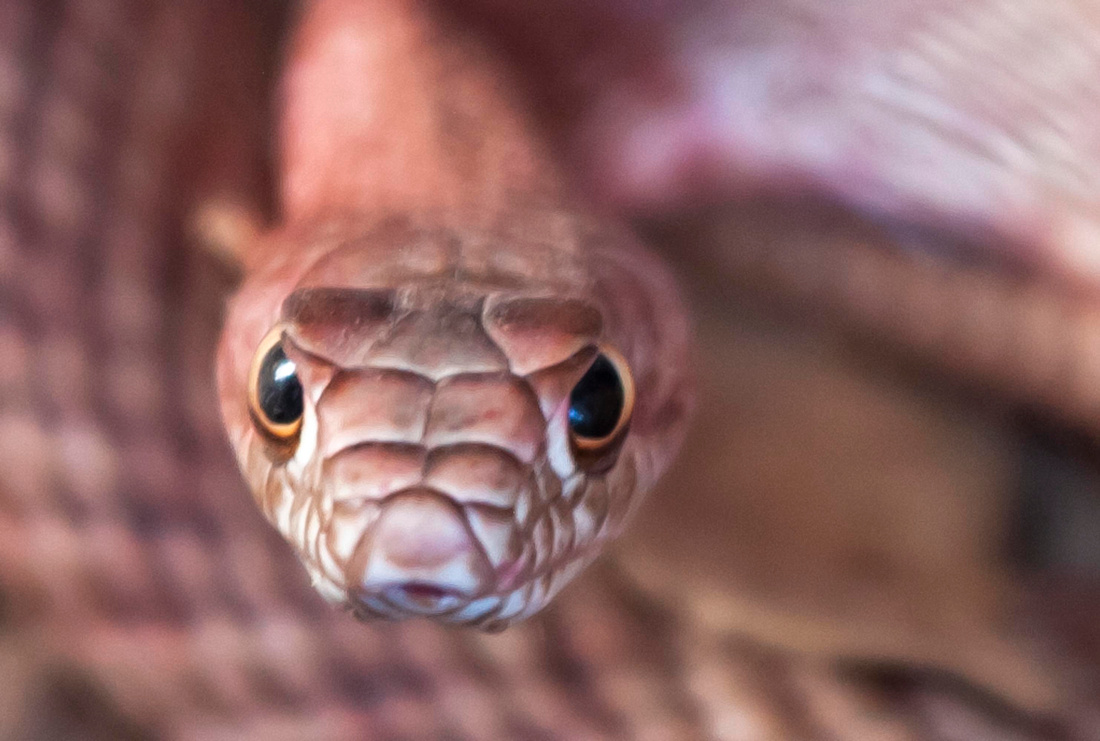 It got in my face about the cats pestering it. 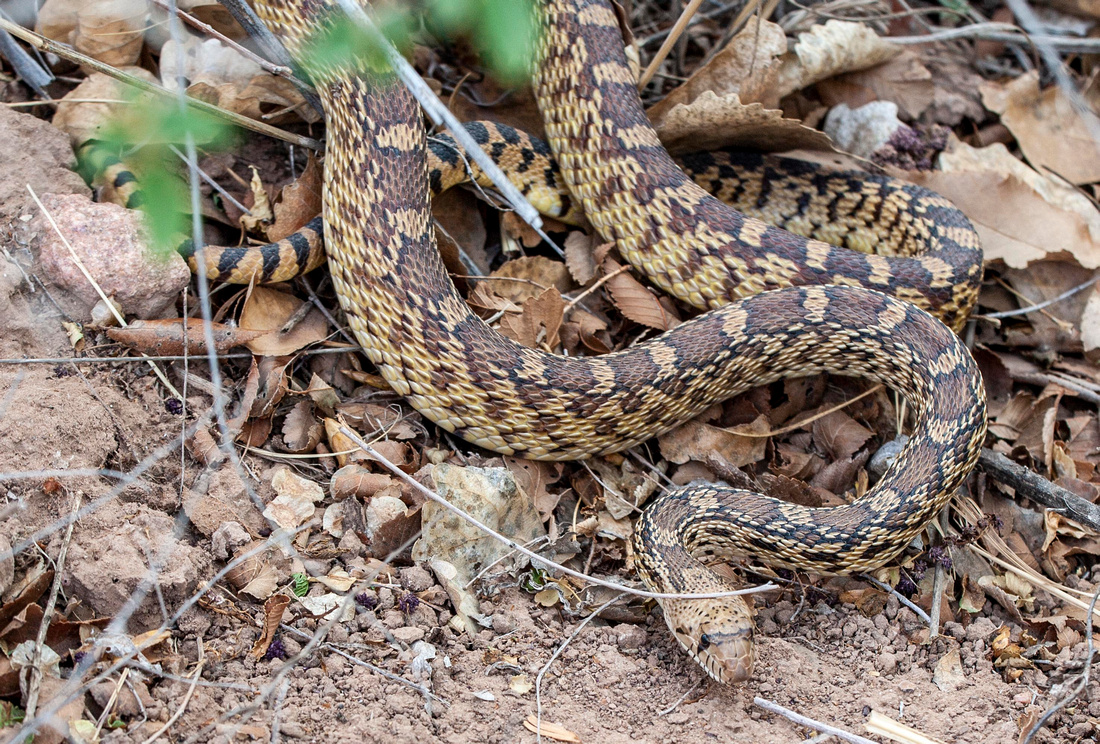 T & L Photos
Hi Julie. They are not poisonous.
Julie(non-registered)
Oh no, I don’t know how you could handle a snake! Were they poisonous? Love that pic of Spunk! That would be my face too just before I took off ..
T & L Photos
Apparently there is a difference in that this bull snake is a skirt chaser.
TB(non-registered)
Bull Snakes and Gopher Snakes are the exact same thing, just dialectic differences between speakers, usually on an East/West split.
T & L Photos
Thanks, Couriers. Out here dogs mess with rattlesnakes and get bitten. There is a rattlesnake vaccine for dogs now to help them survive if they do get bitten by rattlesnakes.
No comments posted.
Loading...
Subscribe
RSS
Recent Posts
Last Post on Zenfolio Walk, Run, Splash, Fly A Walk in the Snow We Wish You a Merry Catmas Cranes, Train & A Full Moon on Winter Solstice I Had A Dream Shrink Wrapped Fly Away Fire & Phantasm First Snow on the 2nd
Archive
January February March April May June July August September October November December
Timothy Price
Powered by ZENFOLIO User Agreement
Cancel
Continue