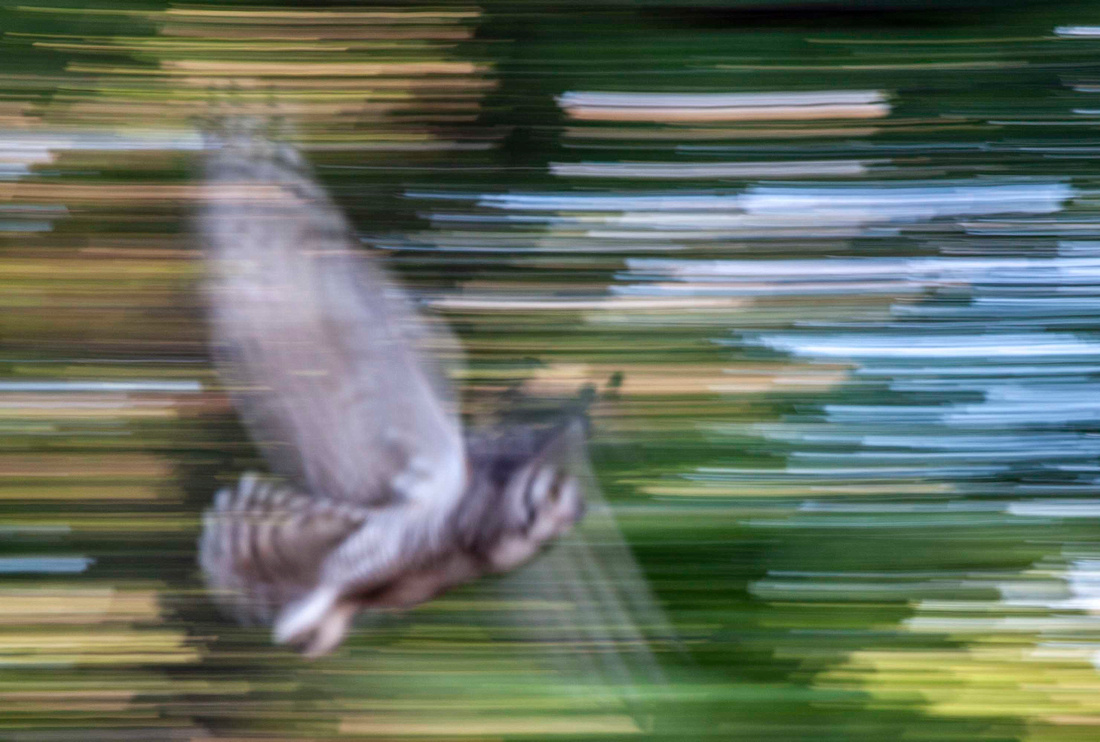 A Sense of Scale Big Owl (on the left behind leaves), Fat Owl and Mama Owl together in the late afternoon. 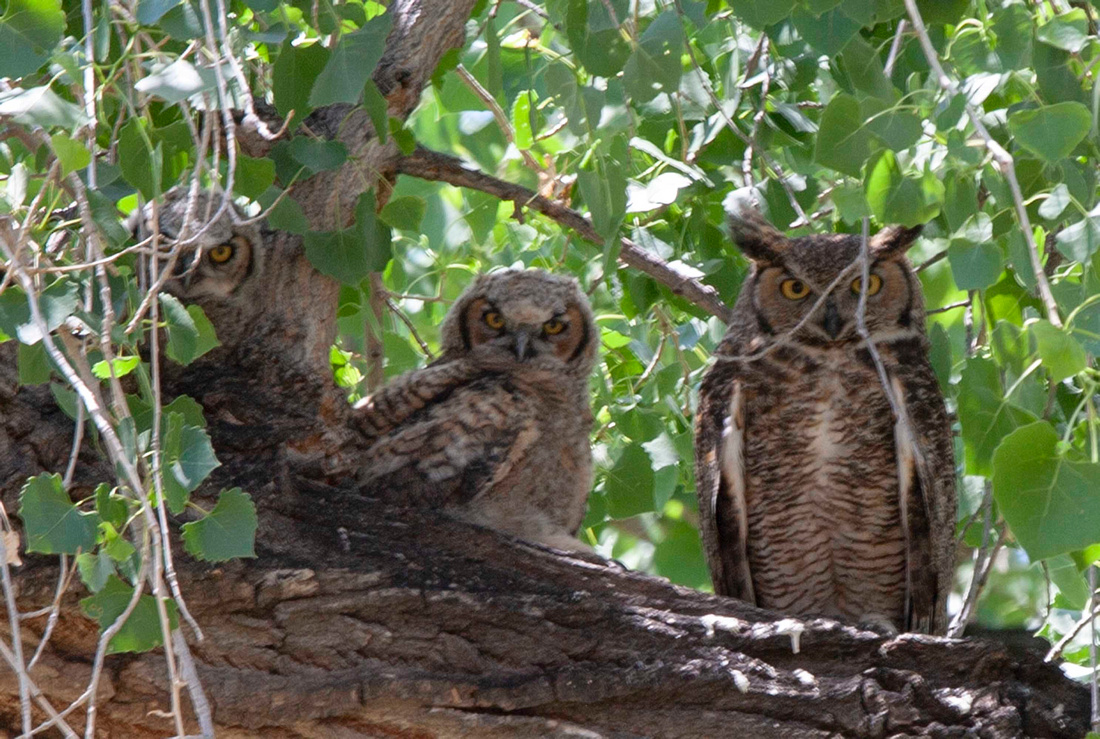 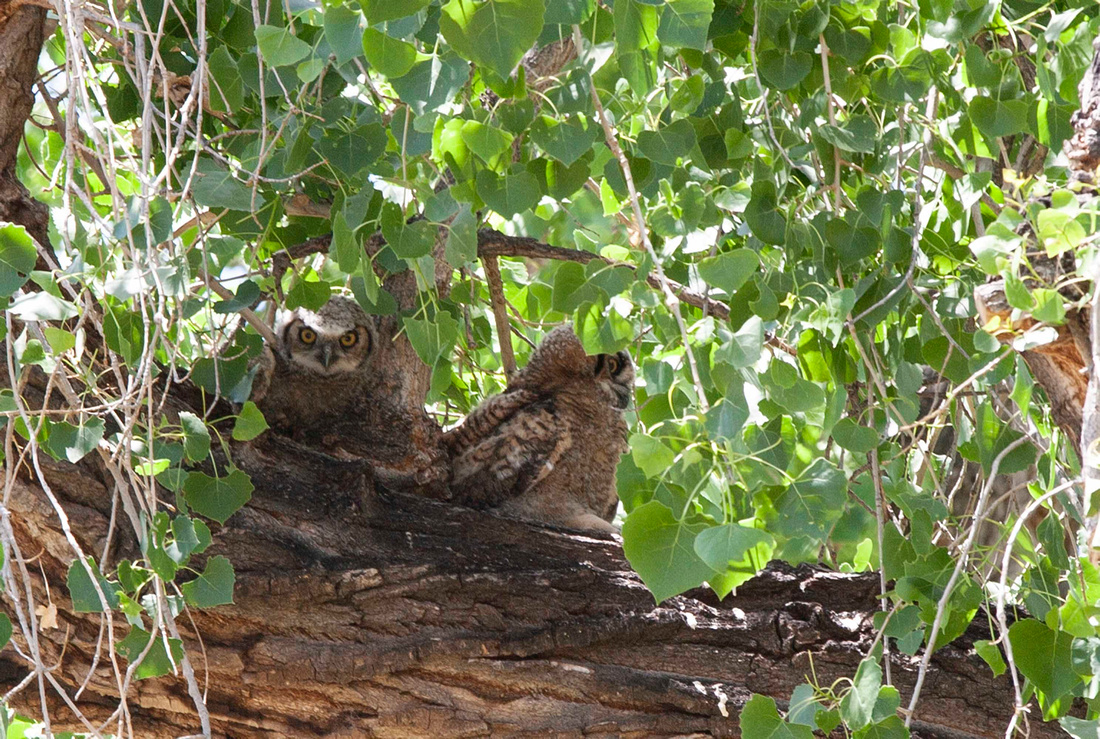 Little Owl finally got out of the hole, and while the other two were off exploring nearby cottonwoods, Little Owl was entertaining himself on the branch above the hole. 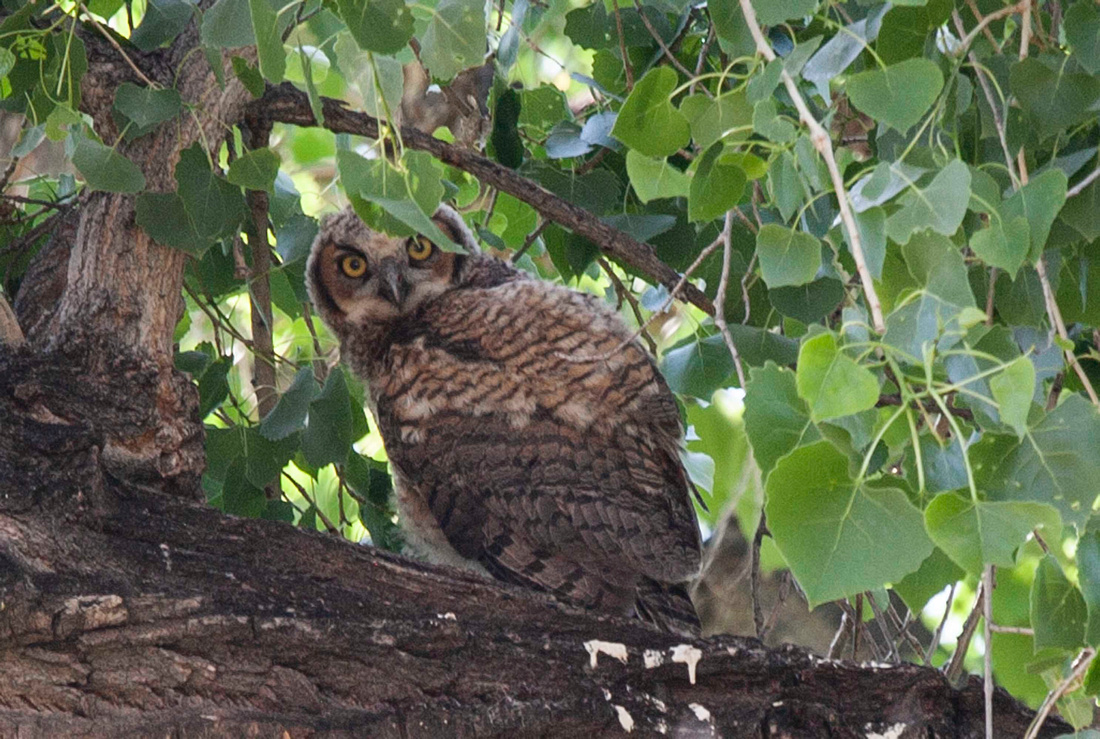 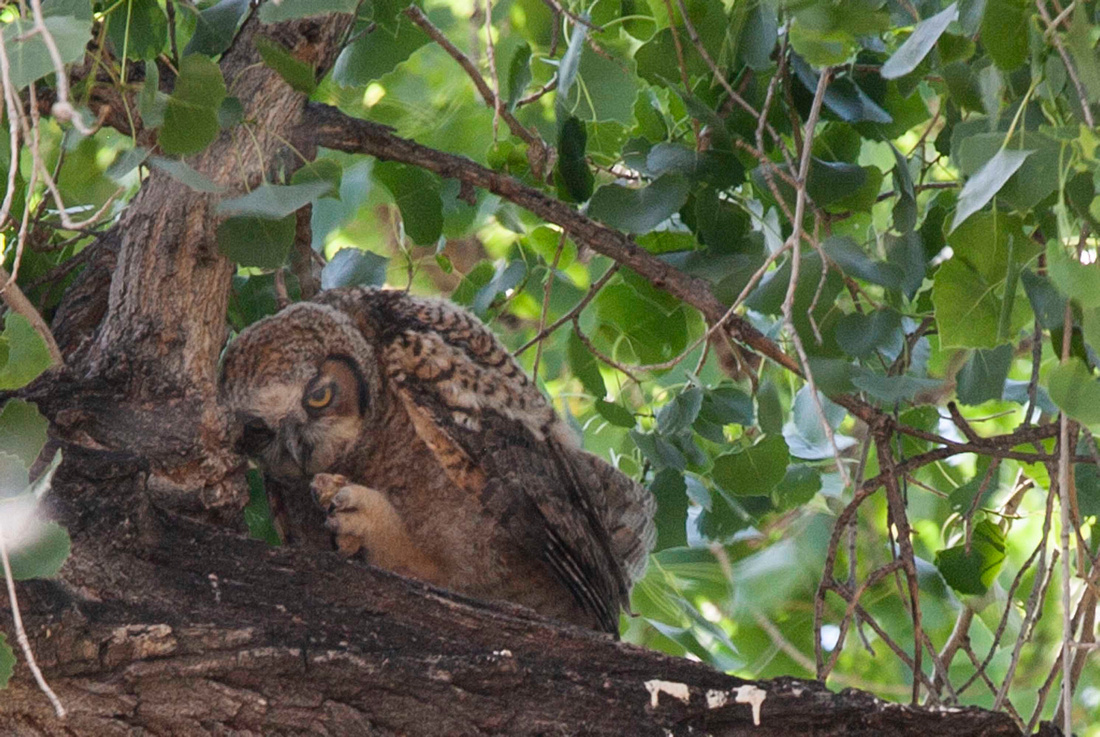 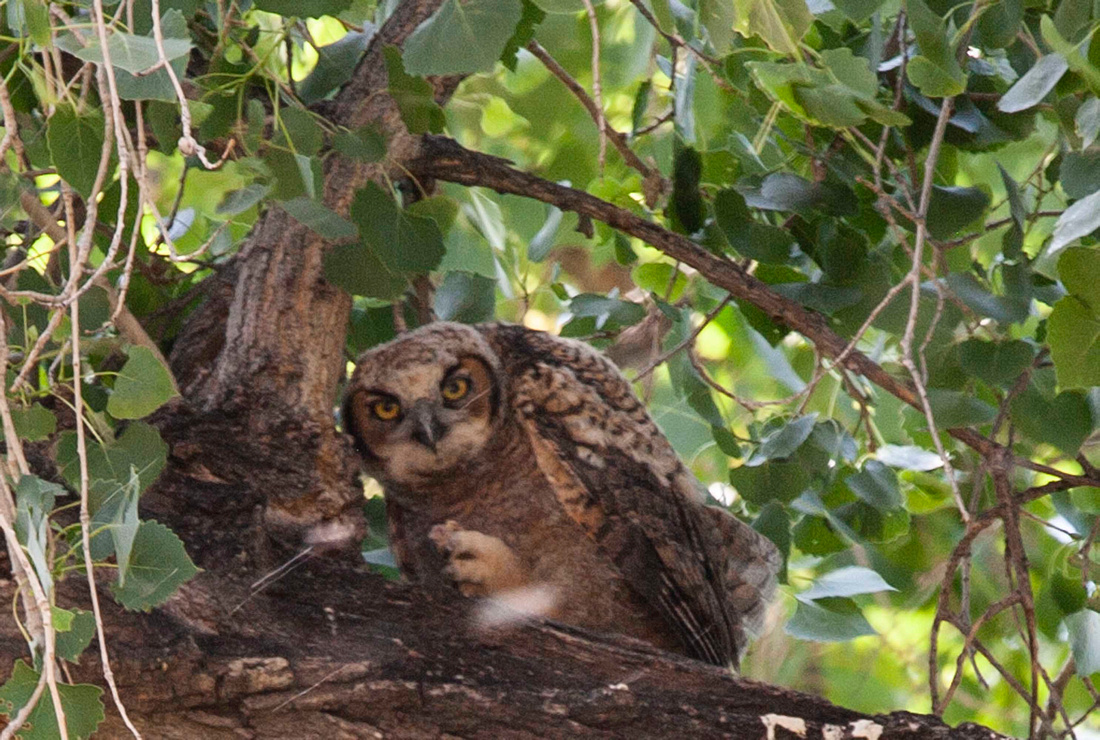 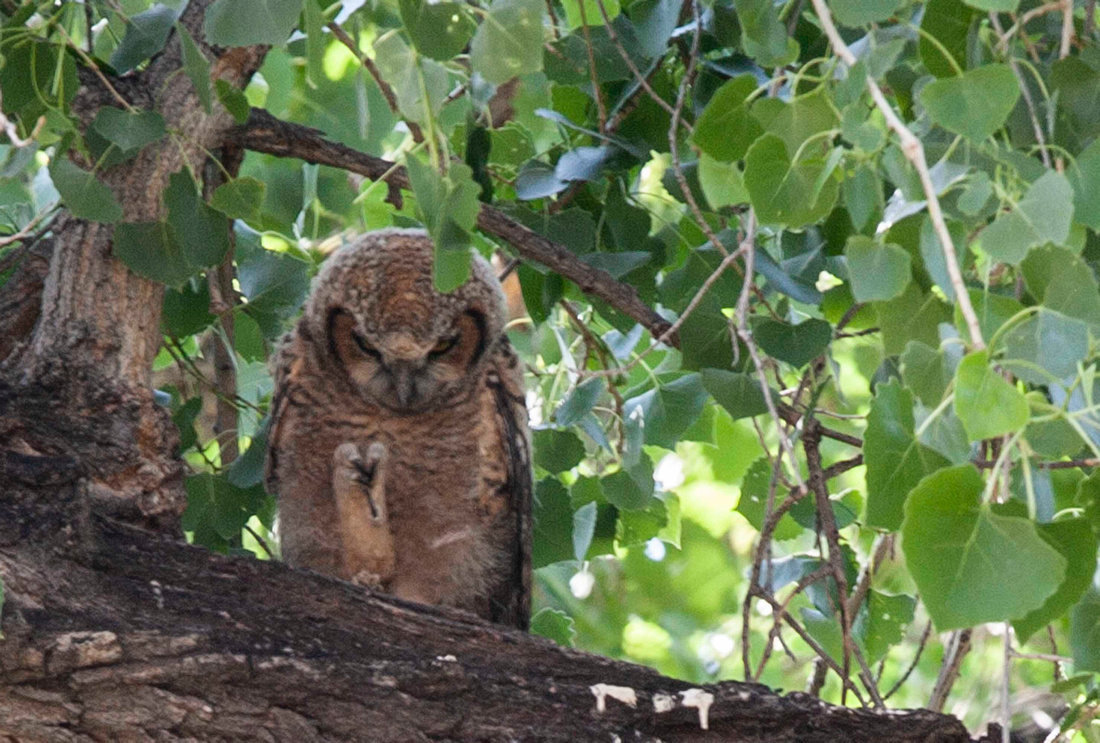 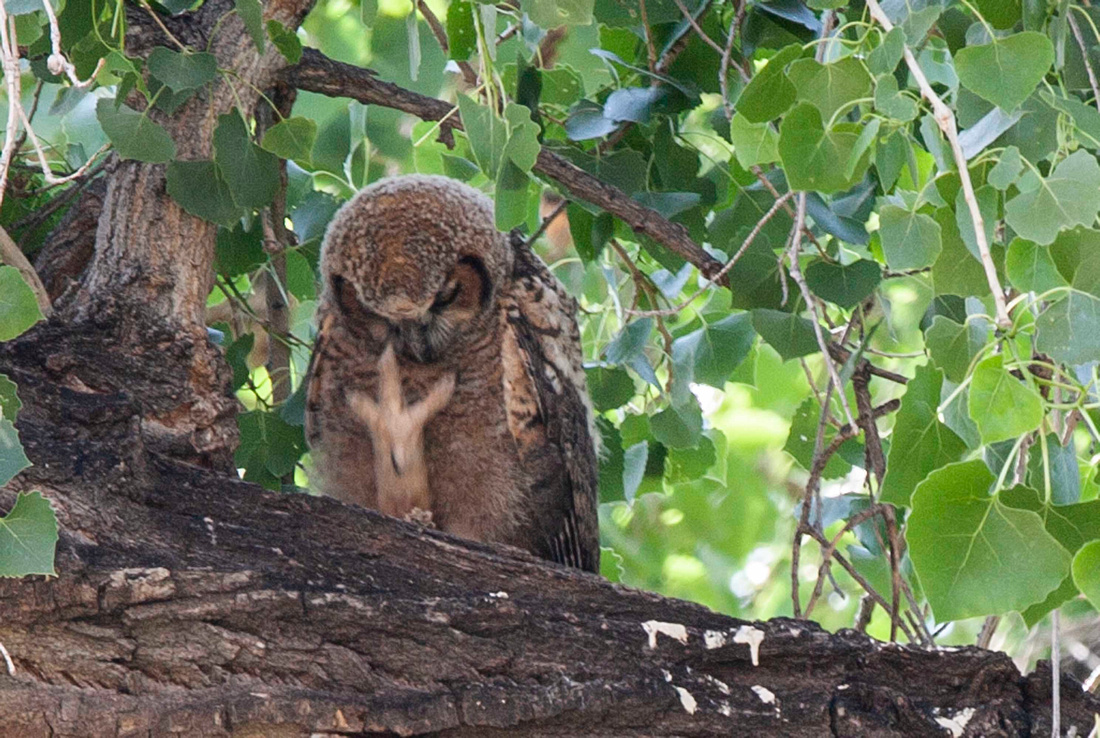 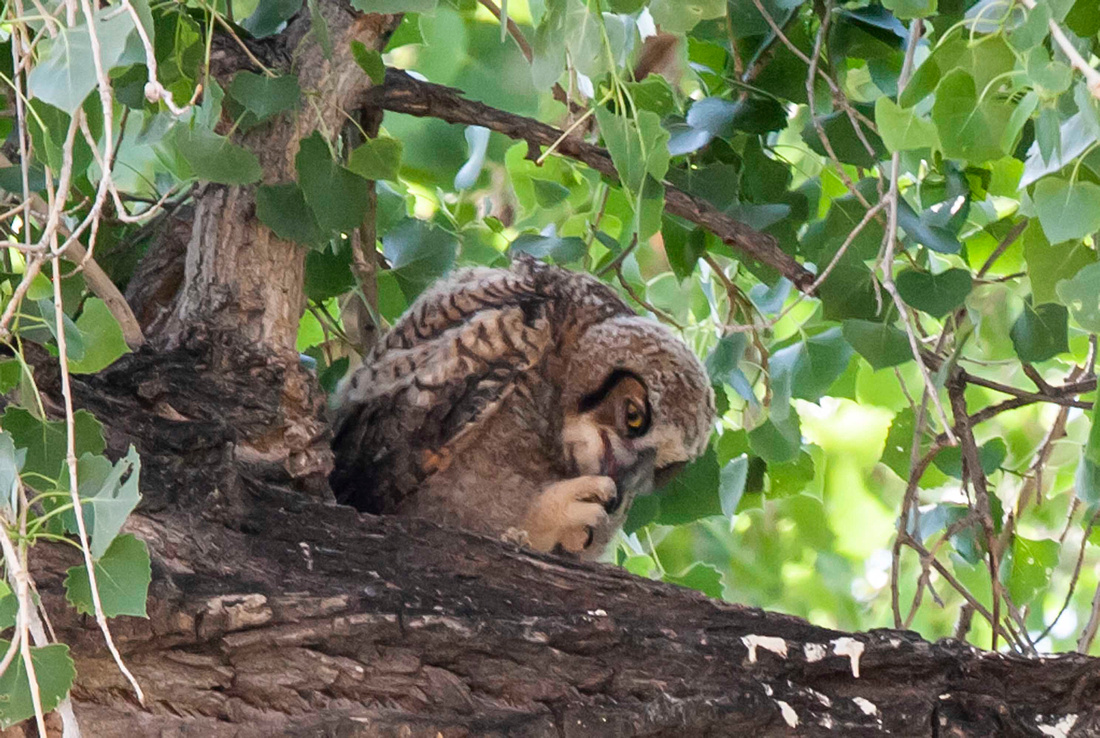 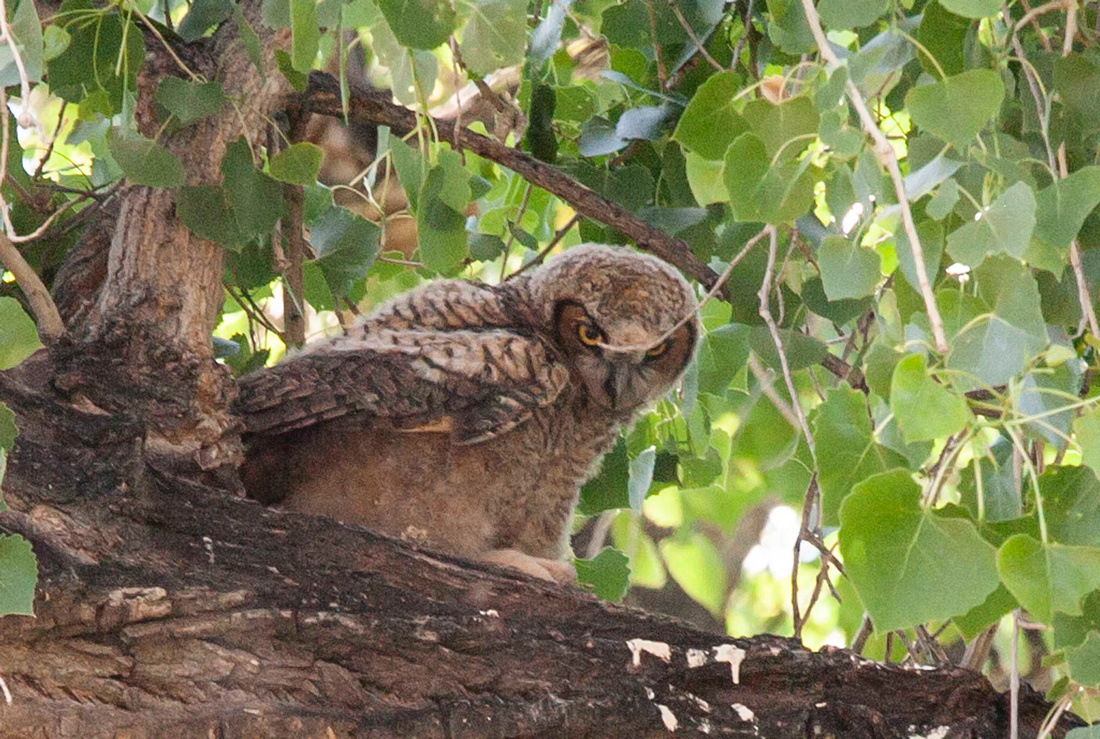 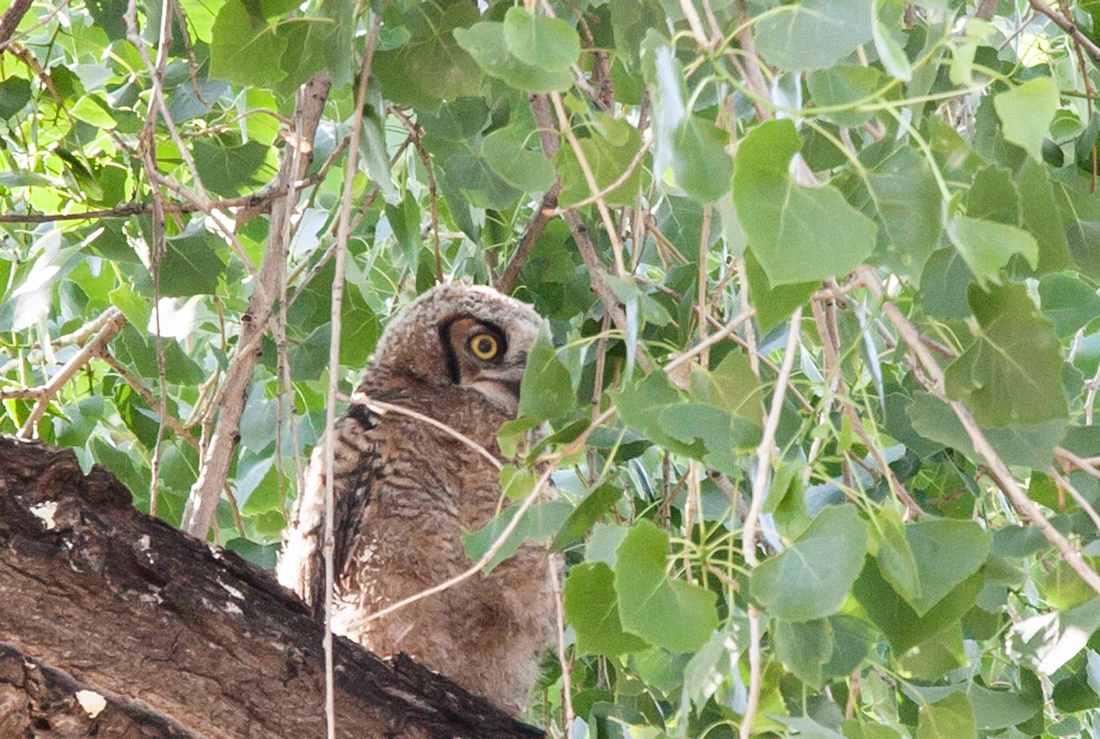 Last night Mama Owl was watching Little Owl from a low branch on a cottonwood on the east side of the irrigation ditch. We were between her and Little Owl, and she gave us a little show. 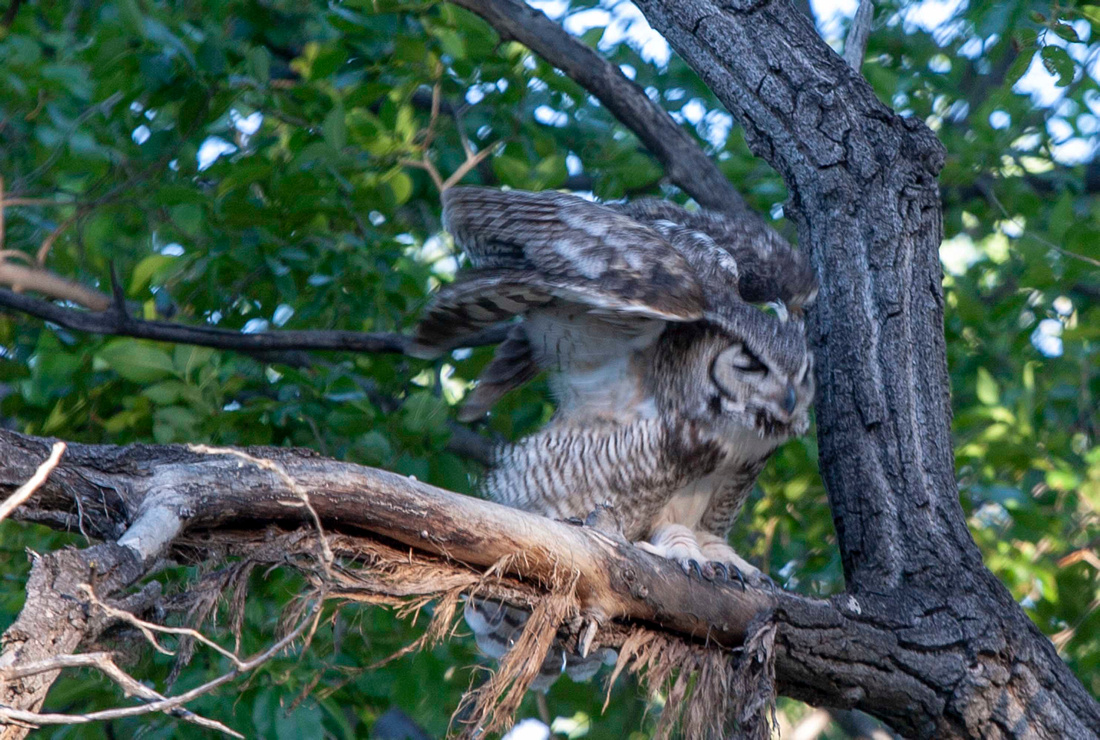 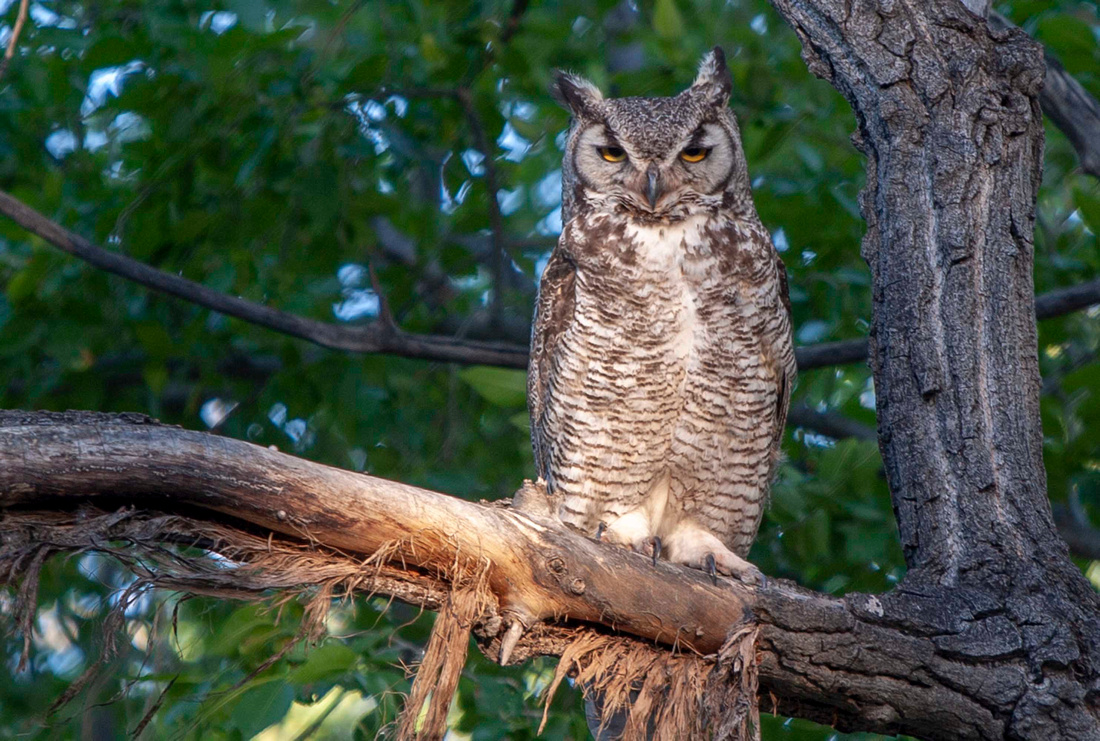 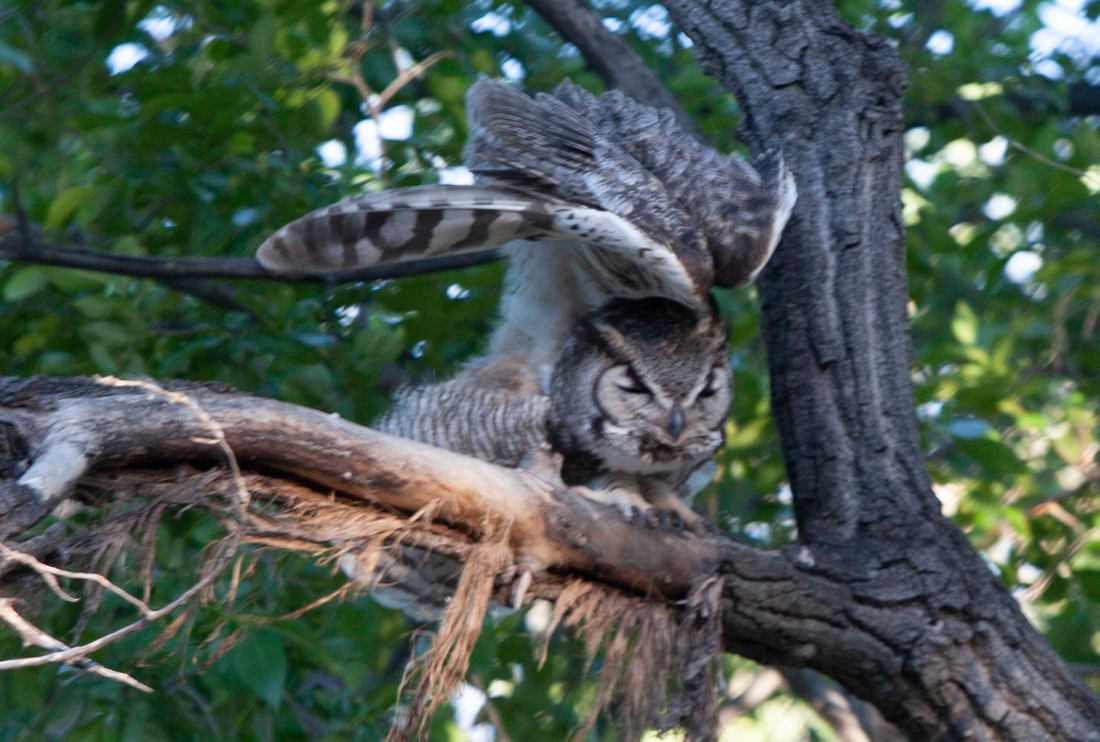 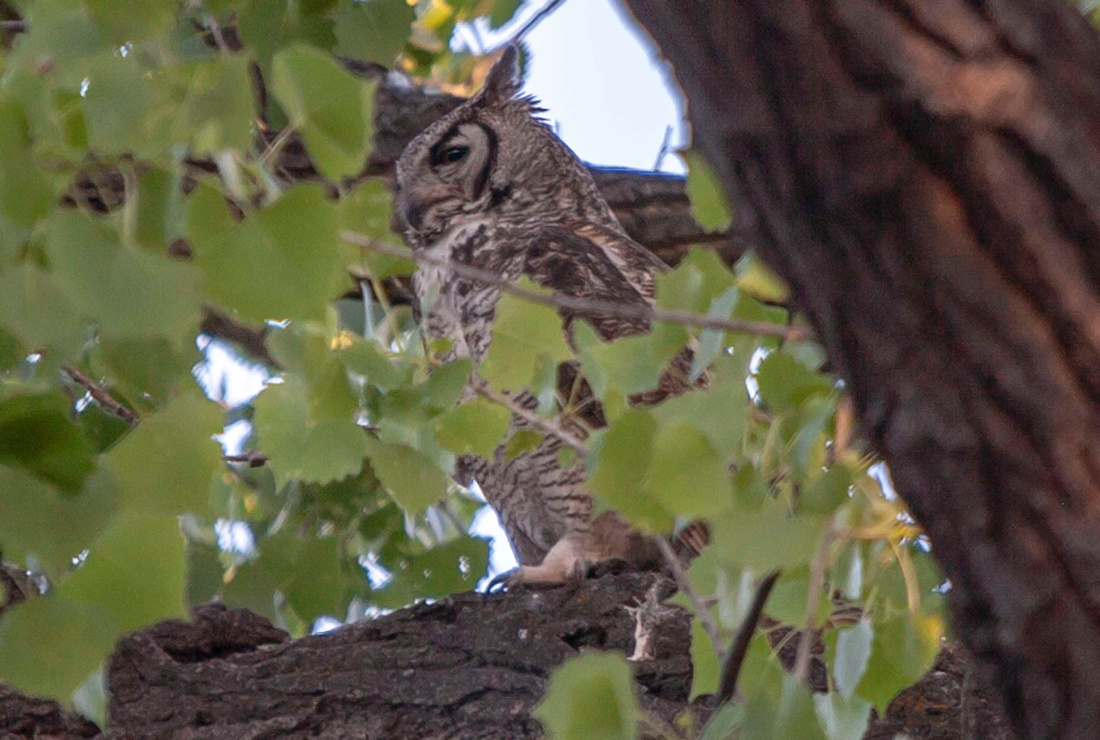 Last night, Big Owl was in a cottonwood south of the tree they grew up in. Little Owl was in the original tree where Mama Owl could see him. It turns out Fat Owl was in the tree with Little Owl, but he was so covered up by the leaves and branches, I could not get a photo of him. 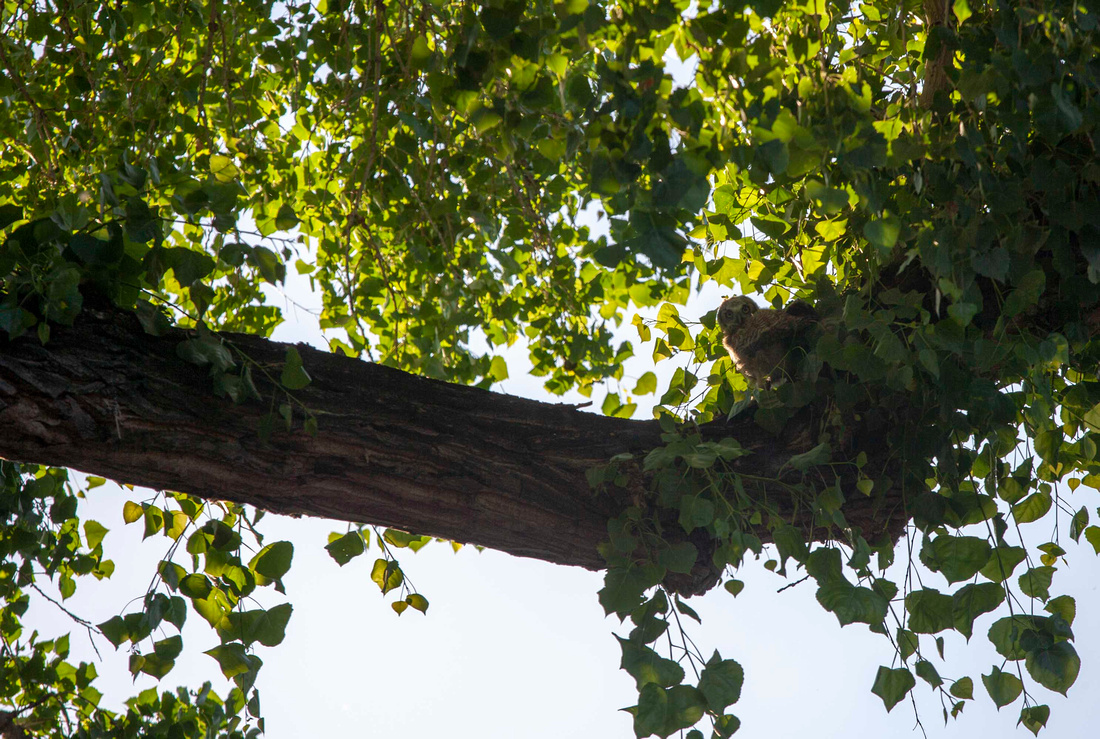 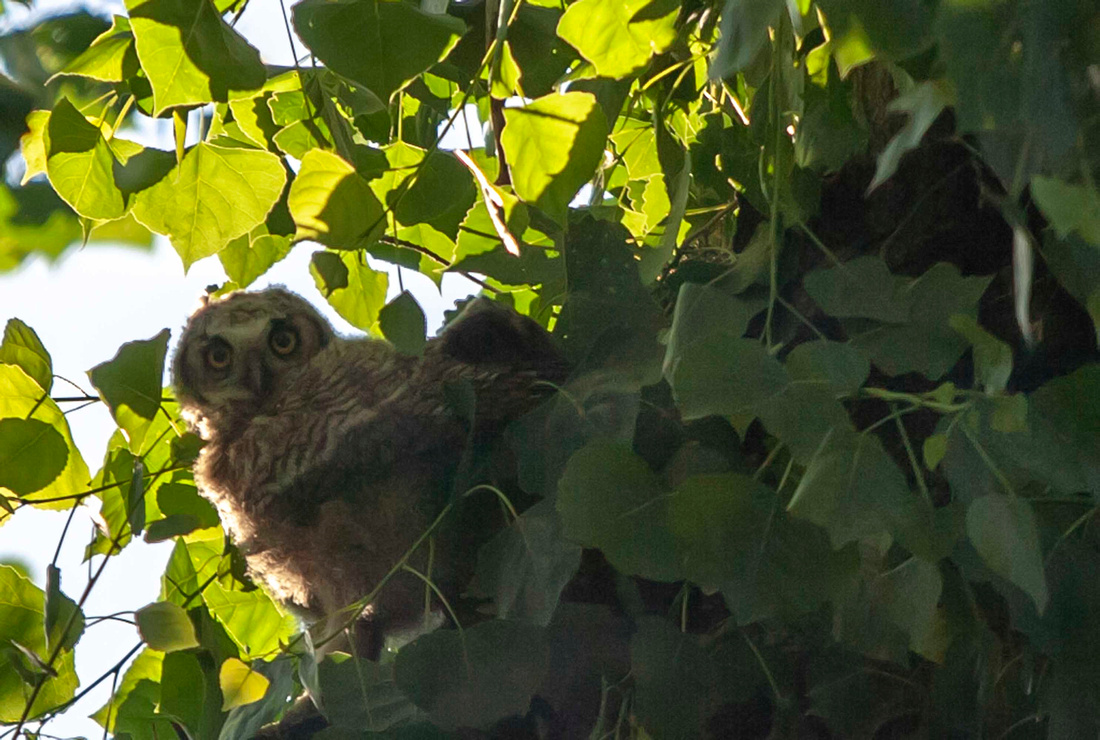 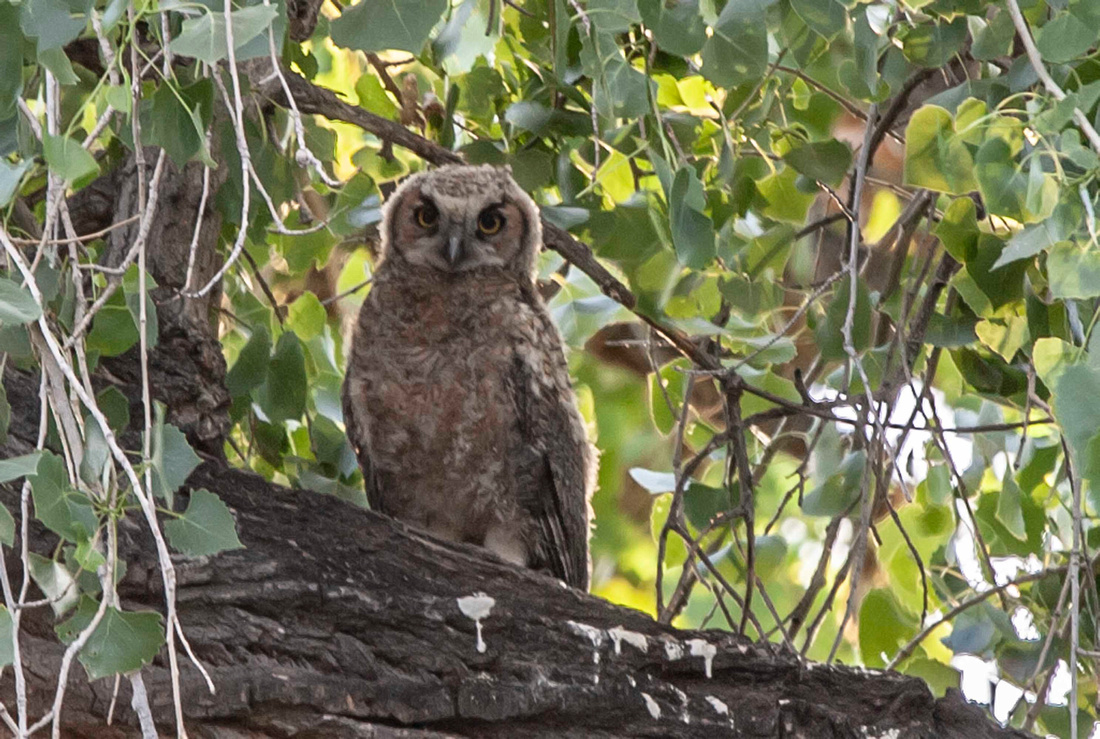 T & L Photos
Thanks, Julie. The owls are our nightly entertainment.
Julie(non-registered)
Oh wow these are fabulous! How much fun did you have watching the owl family? I know how much I enjoyed looking at the photos ...
T & L Photos
Thanks, Lavinia!
Lavinia Ross(non-registered)
I love this series of owl photos, Tim! Mama owl did give you a good show! I agree they are very expressive.
T & L Photos
Hi Di Anne. I'm happy you got to see them. We've had so much fun watching them, since they started pocking their heads out of the hole in the tree a few weeks ago.
No comments posted.
Loading...
Subscribe
RSS
Recent Posts
Last Post on Zenfolio Walk, Run, Splash, Fly A Walk in the Snow We Wish You a Merry Catmas Cranes, Train & A Full Moon on Winter Solstice I Had A Dream Shrink Wrapped Fly Away Fire & Phantasm First Snow on the 2nd
Archive
January February March April May June July August September October November December
Timothy Price
Powered by ZENFOLIO User Agreement
Cancel
Continue