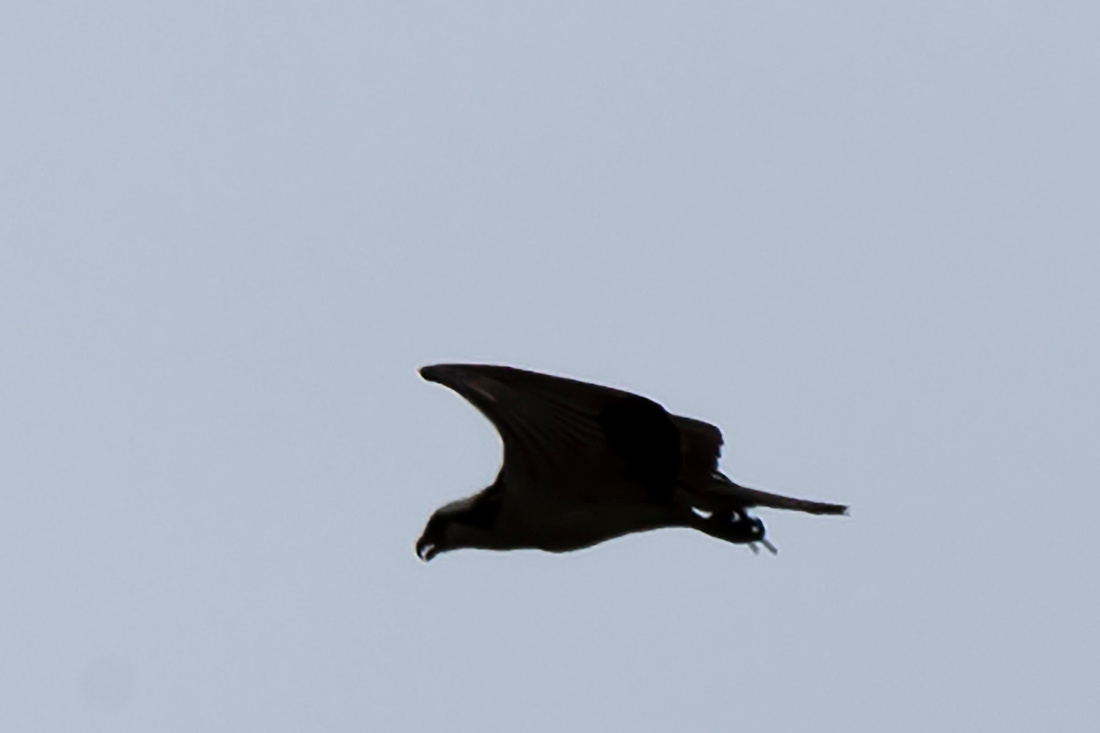 The osprey were silhouettes against the cloudy sky.

We were on the beach when Laurie said "what bird is that?" A very large bird was flying close to the water, but we couldn't tell what it was in the low, flat light under overcast skies. I thought maybe is was a heron, but Laurie said it didn't look like how a heron flies. It flew over us, pretty close, but flew right on by. Even though it was a silhouette against the overcast sky, I recognized it was an Osprey. Soon a second Osprey flew up and then circled overhead checking us out before it continued flying north after the first Osprey. With a lot of adjustments, I was able to get pretty good detail out of the silhouettes. Osprey are not desert birds in the least, so they either breed along the Rio Grande (we get Mississippi Kites that come to breed in the Rio Grande Valley) or the Osprey migrate along the Rio Grande, because I see them about this time every year. The flat light along the river looking south. The two Osprey were flying north just above the water along this stretch of the river. 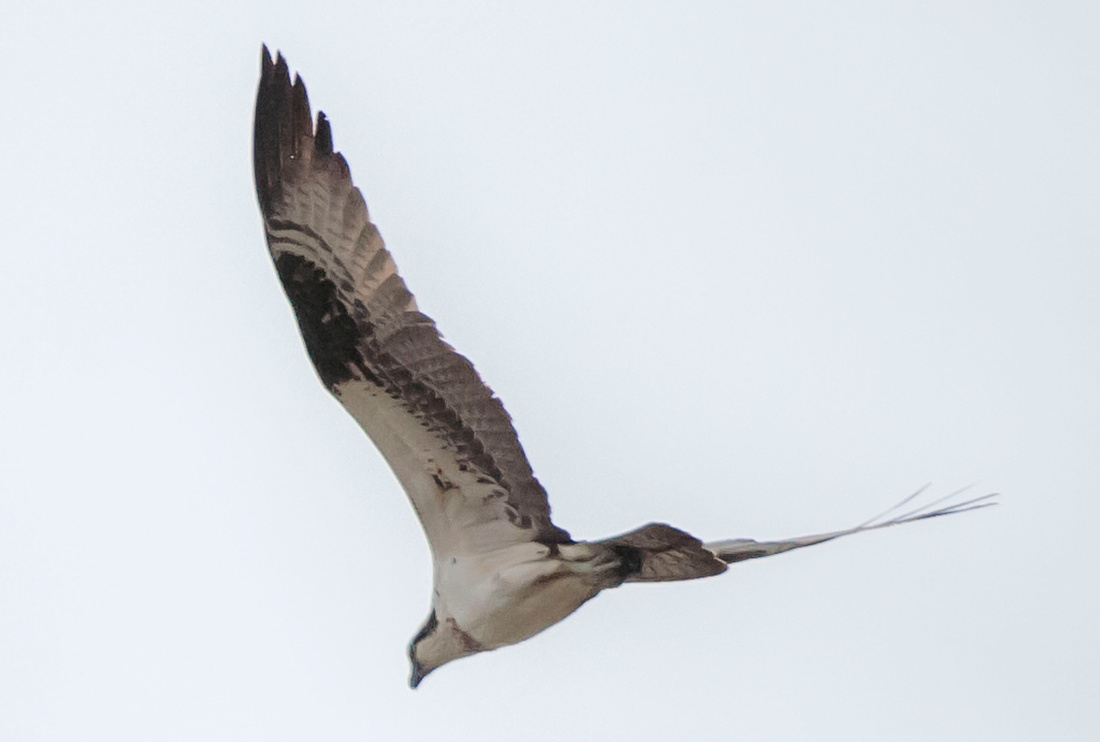 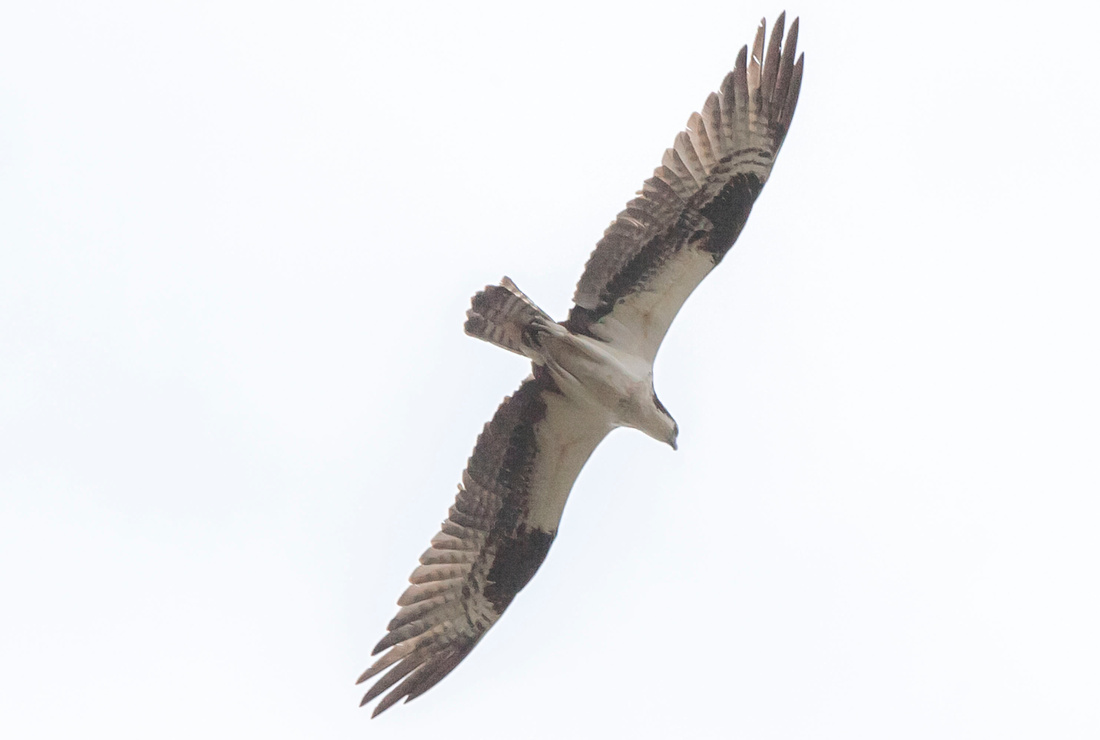 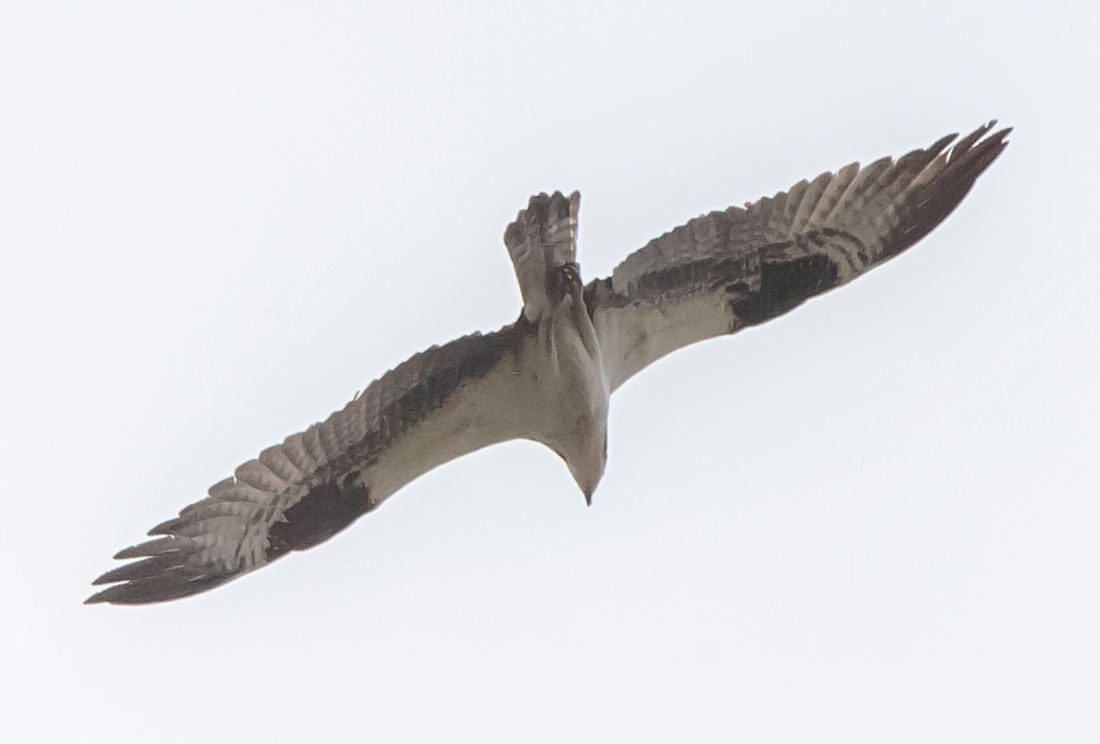 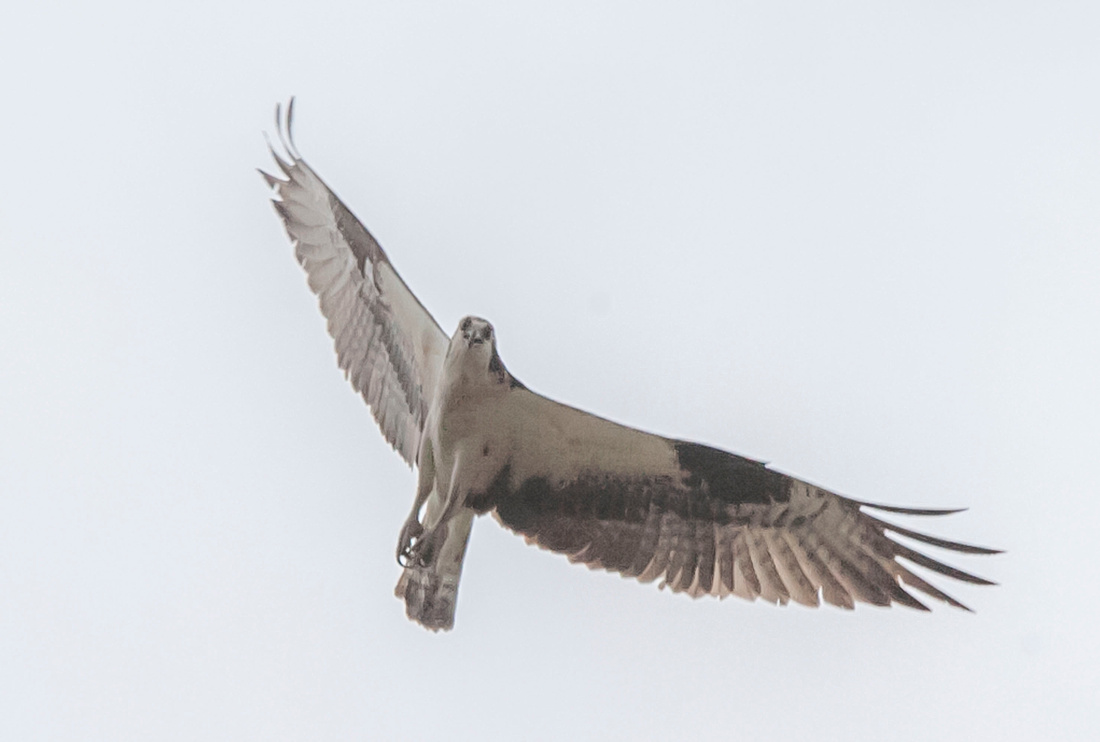 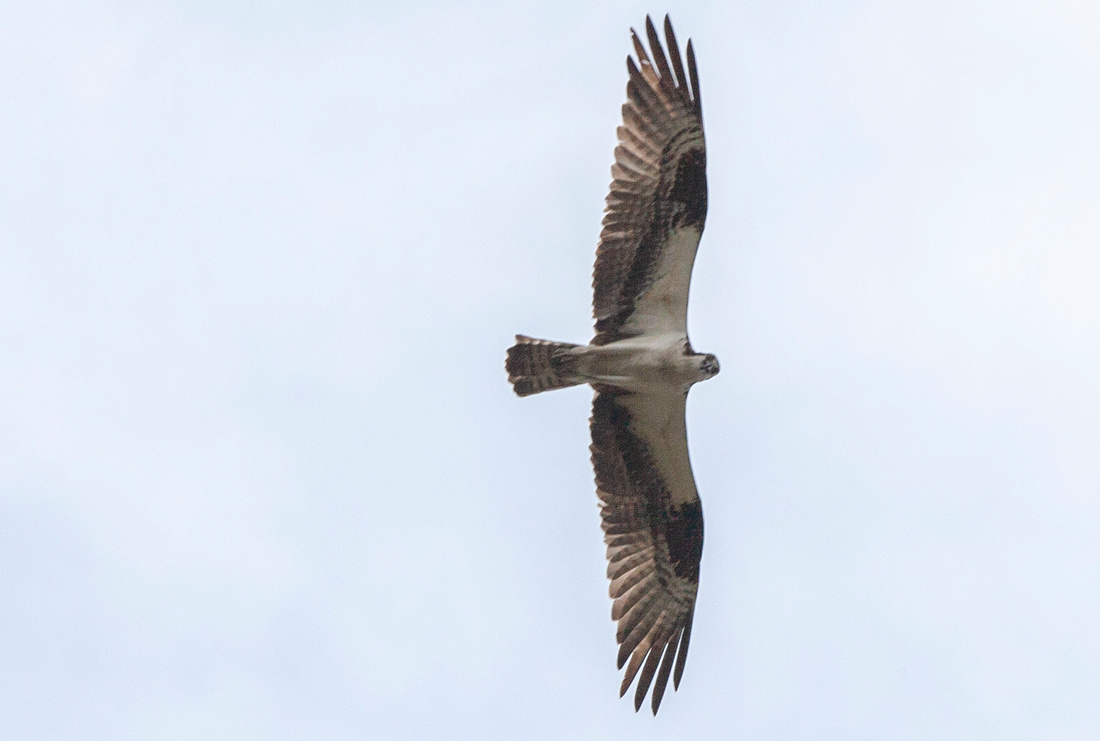 Flying directly overhead looking down at the silly paparazzo. 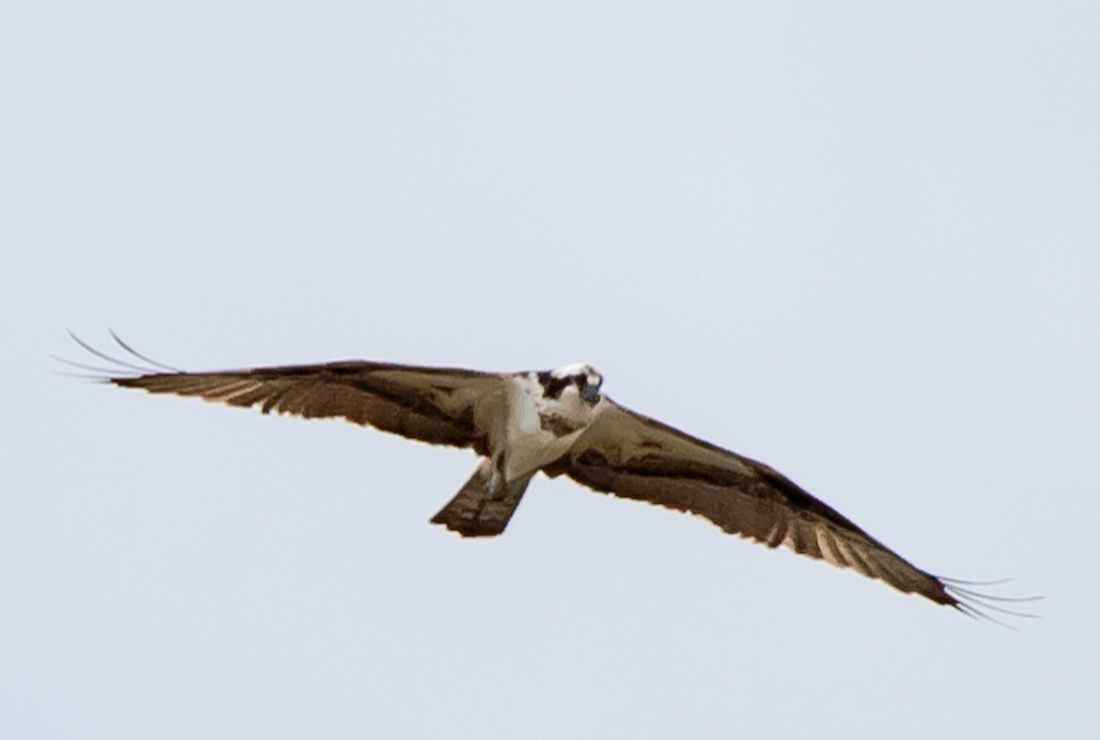