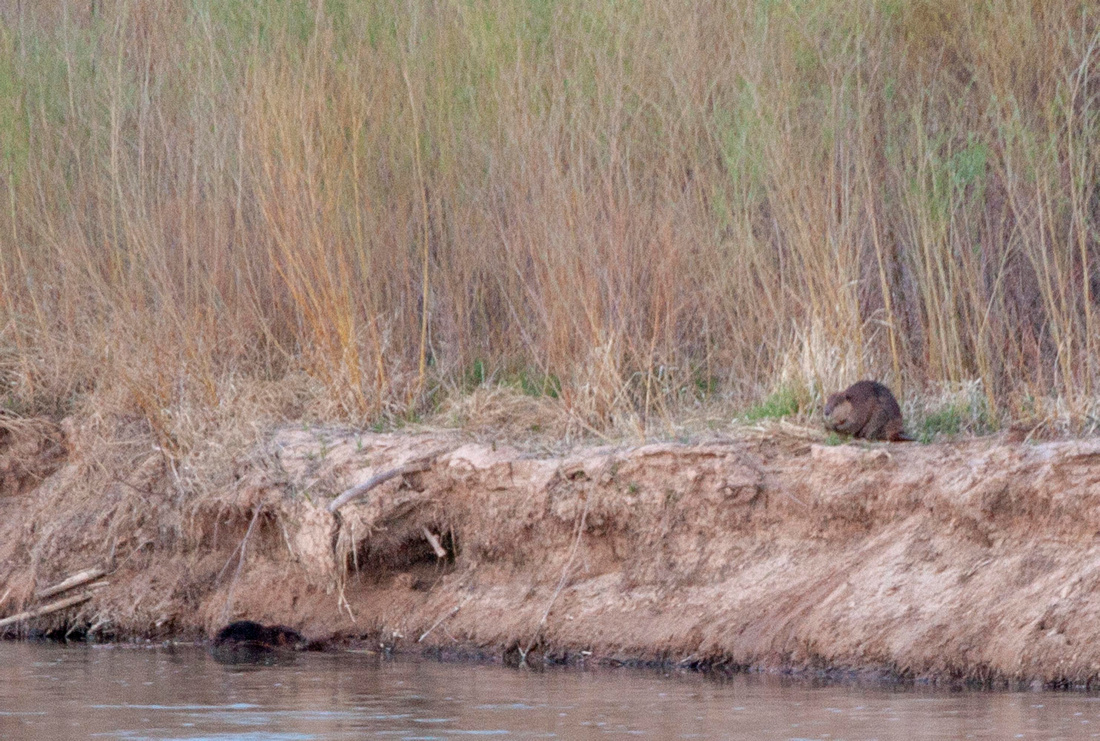 Munching on and along the bank on the other side of the river.

Beaver like to come out and play after sunset, when the dusk is turning to darkness or later. So we look for beaver along the river's edge almost every evening, in what has become a "beaver spotting" ritual, because they are not always out when there is barely enough light to see them, let alone get a 3200 ISO shot or two of them. But every now and then we spot beaver on the opposite bank of the Rio Grande eating, swimming or just hanging out having a beaver chat. Sure enough the other evening, not long after sundown, two beaver were munching on the bank across the river from where we were standing. Once they saw we had "spotted" them, the one in the water took a dive, while the one on the bank slid down into the water and started swimming south. When the pesky paparazzo kept clicking away, the southward swimming beaver became annoyed, slapped the water with its tail, dove under, came back up a few yards later, and continued swimming south. If I had a long enough lens, I might be able to get the serial numbers on their teeth.

Note: I looked up in the Urban Dictionary to see if "beaver spotting" had any weird, common slang associated with it. I couldn't find anything specific to "beaver spotting", only the normal slag for "beavers", and a reference to "spotted beaver". So we are making "beaver spotting" — the act of looking for and "spotting" Castor canadensis, the furry "bucktoothed builders" with "golden slappers" (see Bite 'Em ON the Old Shin Bone parody video by the Angry Beavers and AWB) —  a legitimate activity. 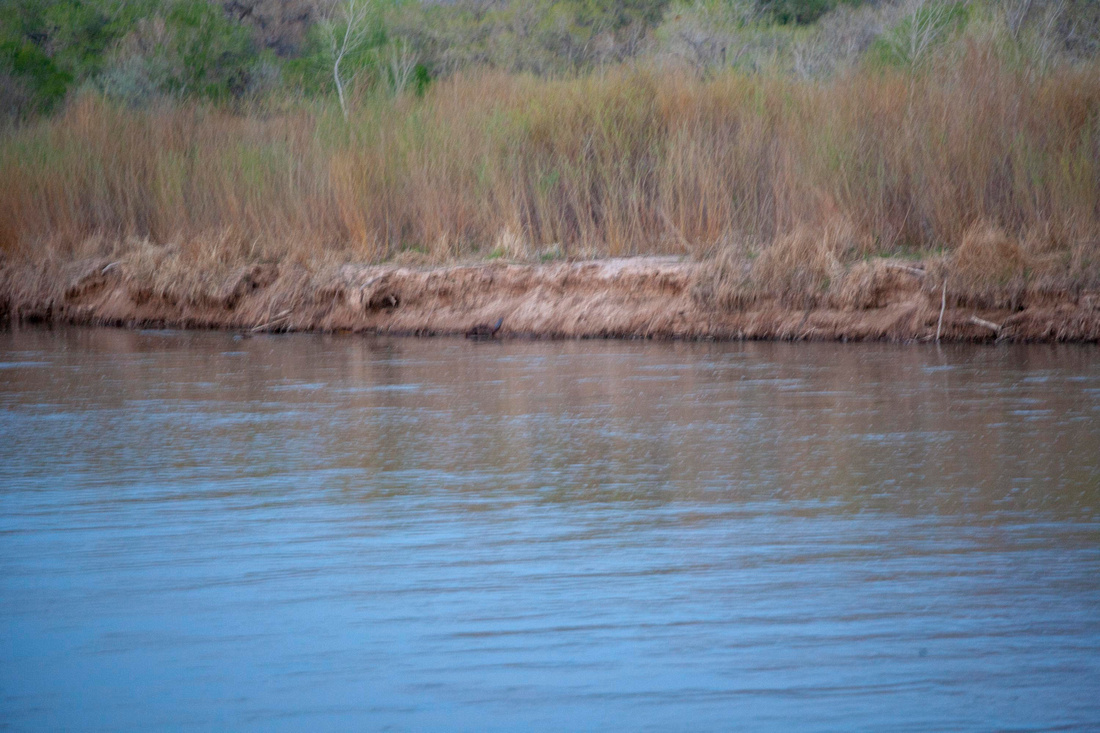 A quick and blurry slip down the bank. 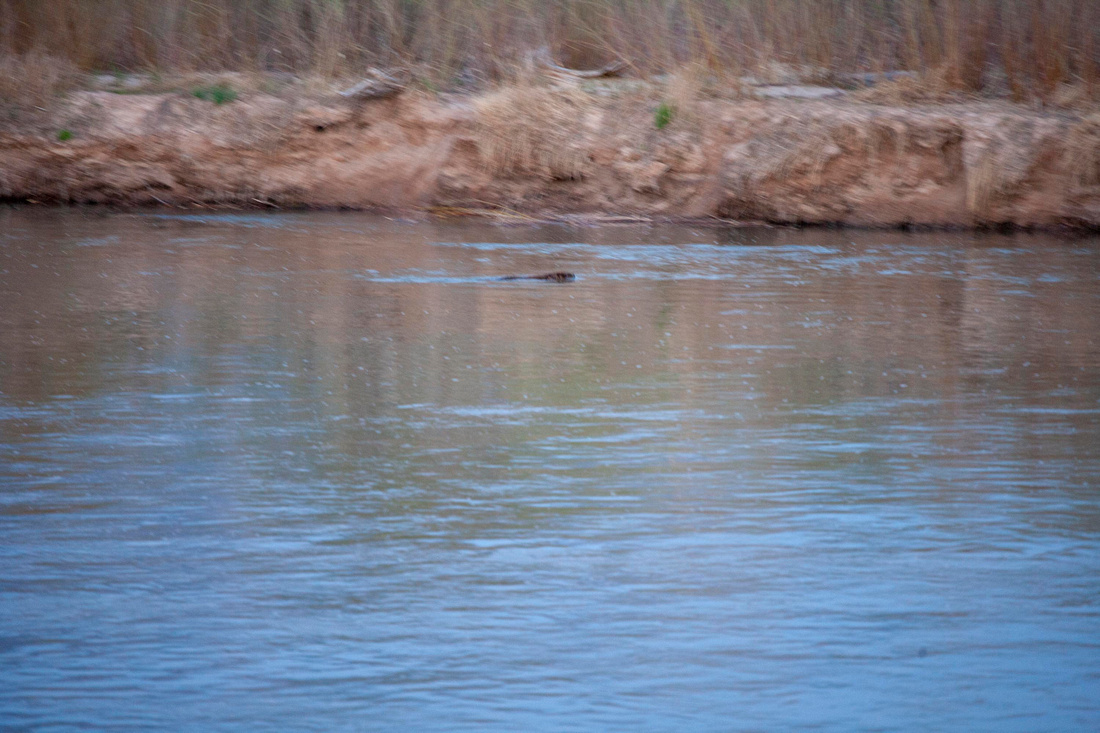 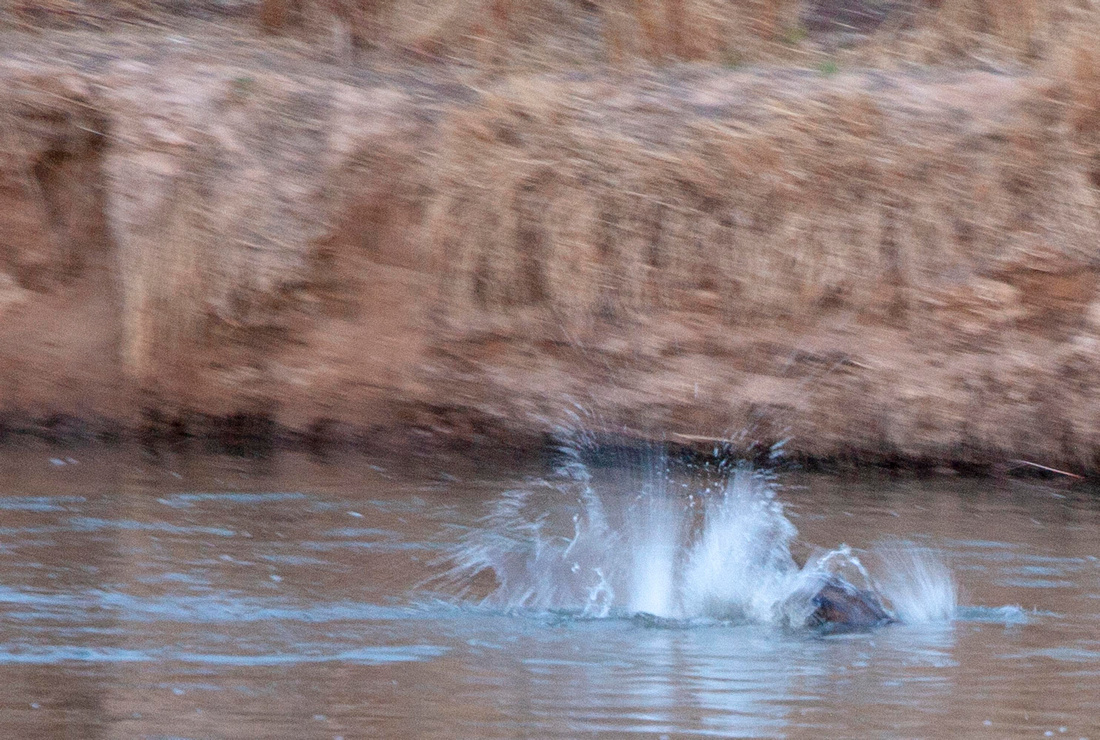 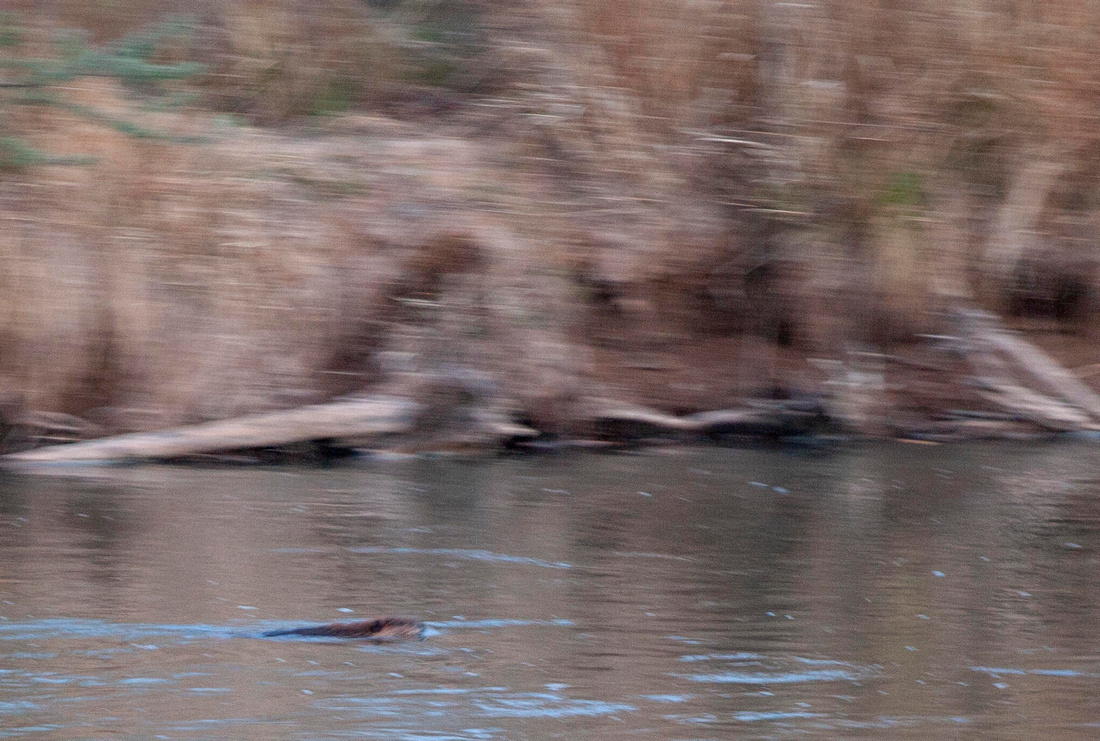 T & L Photos
Thanks, Julie!
Julie(non-registered)
Cute .. furry buck toothed builders! Who can seriously whack that water with their tails ... :)
T & L Photos
Thanks, Lavinia. We do have our own paradise.
Lavinia Ross(non-registered)
A good tail slap! You live in your own bit of paradise where you can see such things, Tim and Laurie. :-)
T & L Photos
Thanks, Lyn!
No comments posted.
Loading...
Subscribe
RSS
Recent Posts
Last Post on Zenfolio Walk, Run, Splash, Fly A Walk in the Snow We Wish You a Merry Catmas Cranes, Train & A Full Moon on Winter Solstice I Had A Dream Shrink Wrapped Fly Away Fire & Phantasm First Snow on the 2nd
Archive
January February March April May June July August September October November December
Timothy Price
Powered by ZENFOLIO User Agreement
Cancel
Continue