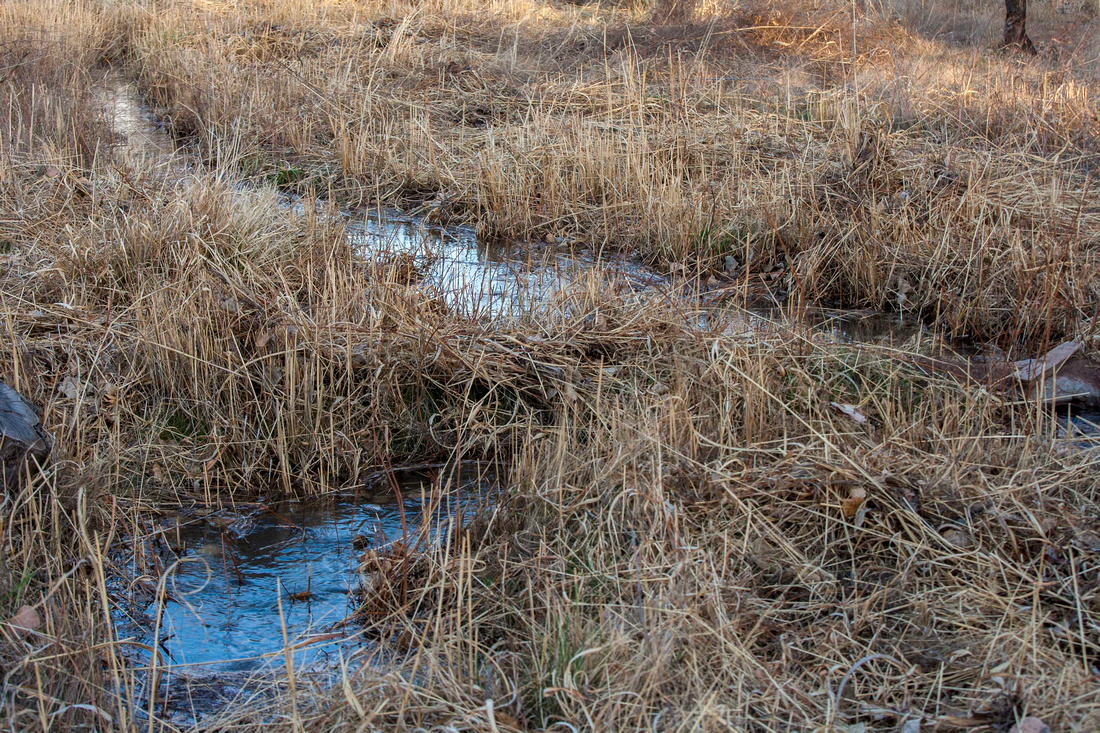 Every year about this time I do a post about the first water, when I start irrigating after the winter break. Then there are tales about battling gophers, playing with porcupine, and dodging skunks while enlisting the help of La Llorona and Chupacabra. However, one aspect of irrigating and the acequia system that I have not explained in the past is that the acequia system in north-central New Mexico, including the acequia system I have used all my life, is not only the oldest public works in North America, but the oldest continuously used public works in North America.  While Spanish colonists brought their engineering know-how to build acequia systems, and Spanish laws governing the acequias when they settled in north-central New Mexico over 400 years ago, many of the Pueblos had basic irrigation systems, so the acequias as public works where in place hundreds of years before the Spanish arrived.

The Spanish acequia system is based on communal water sharing. Traditionally, each system or community elects a mayordomo who allocates water to the ditches for irrigation based on available water and need. The acequias in the Corrales, Albuquerque, and valley south of Albuquerque have been governed by the Middle Rio Grande Conservancy District for years, and they employ "ditch riders" who act as mayordomos for the sections of the main ditches they work.

Two methods of allocating water are used by mayordomos: the Syrian and the Yemenite. The Syrian method allocates water based on the proportion of irrigated land, and the yemenite is a fixed amount of water for each piece of land based on a set time to irrigate. In practice both methods are used depending on water availability. In times of ample water mayordomos will allocate water using the Syrian method, but when water is in short supply, which is normally the case in New Mexico, they use the Yemenite method and allocate water by fixed amounts and times to irrigate. Spanish laws concerning acequias were adopted by New Mexico territorial law and then written into the State’s constitution. The practices and administration of the acequia systems have changed little over the past 400 years in New Mexico. 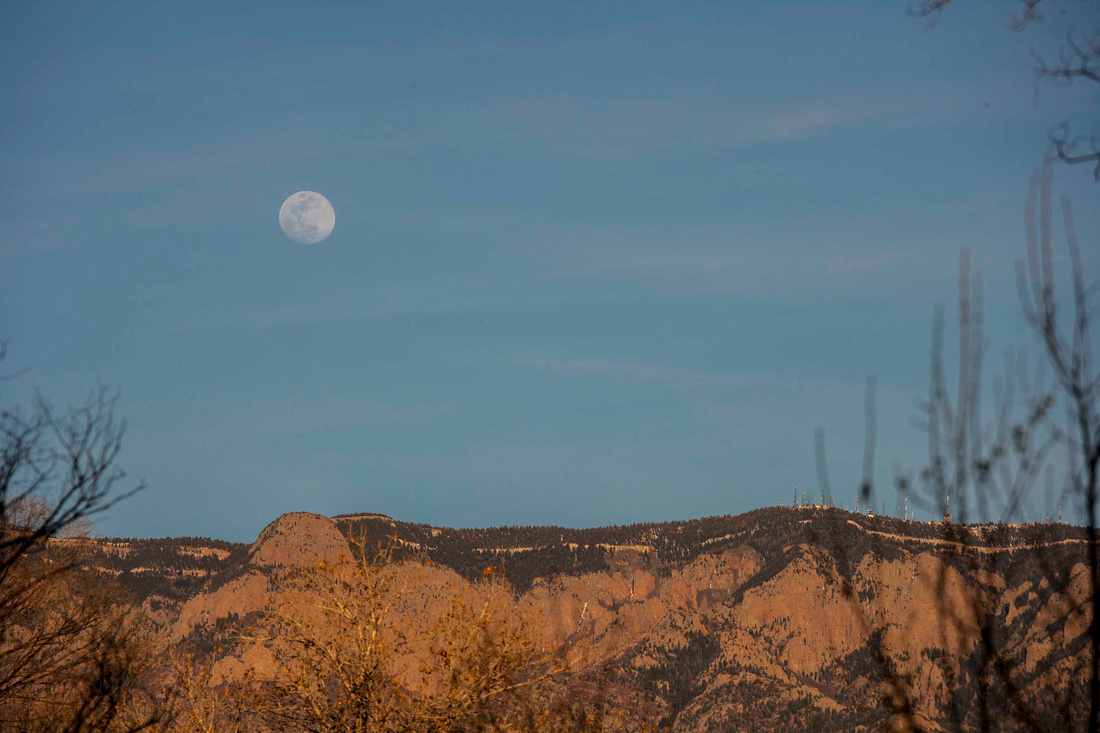 I let the water in under the watchful eye of an almost full moon that had just risen over the Sandias. 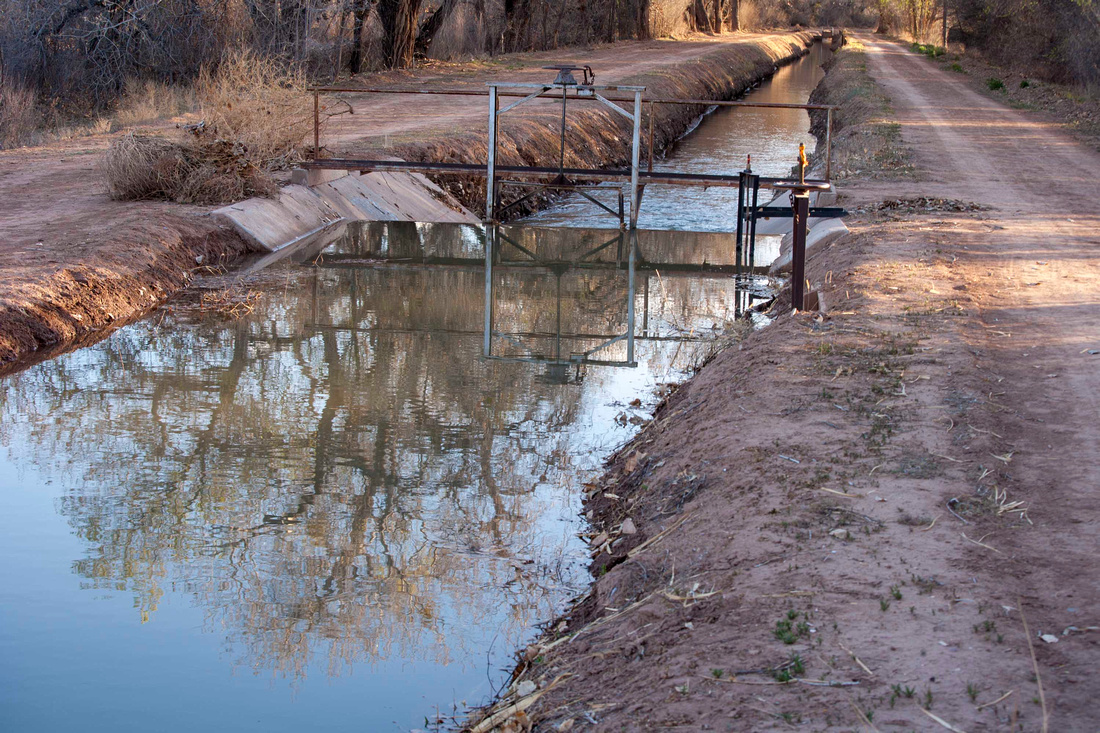 The main gate on the acequia madre backs up water and creates pressure to push water through the smaller, private ditches. 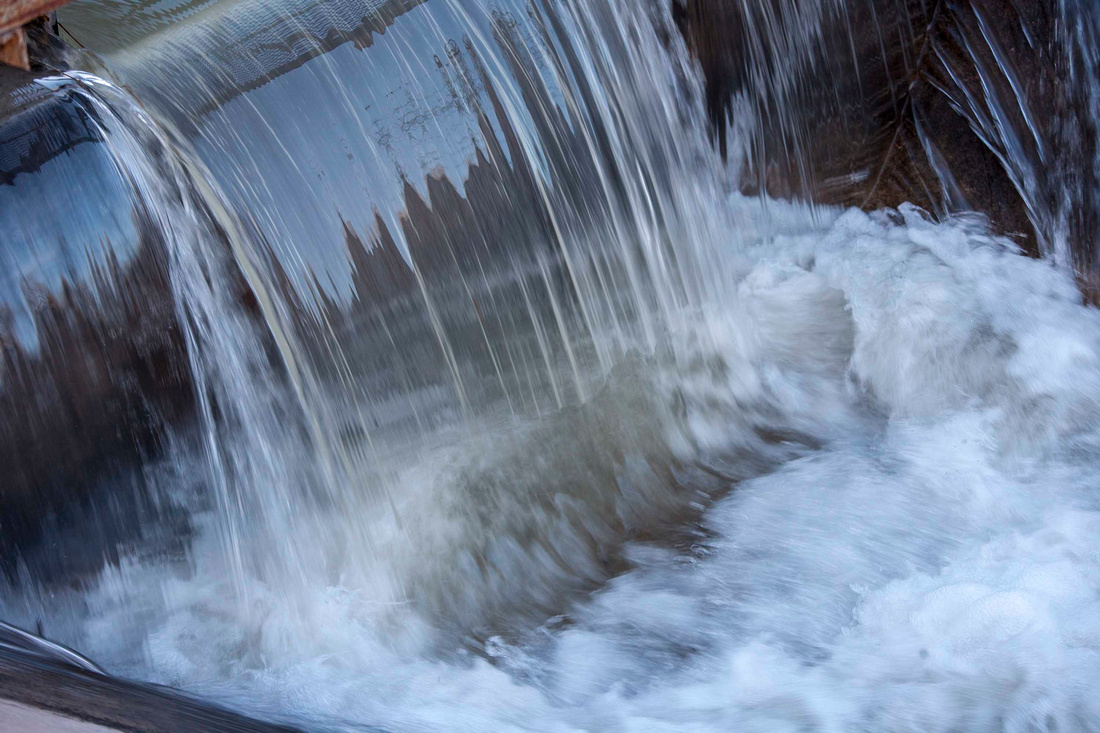 Water falling over the main gate.

The main gate on the section we use along the main ditch. 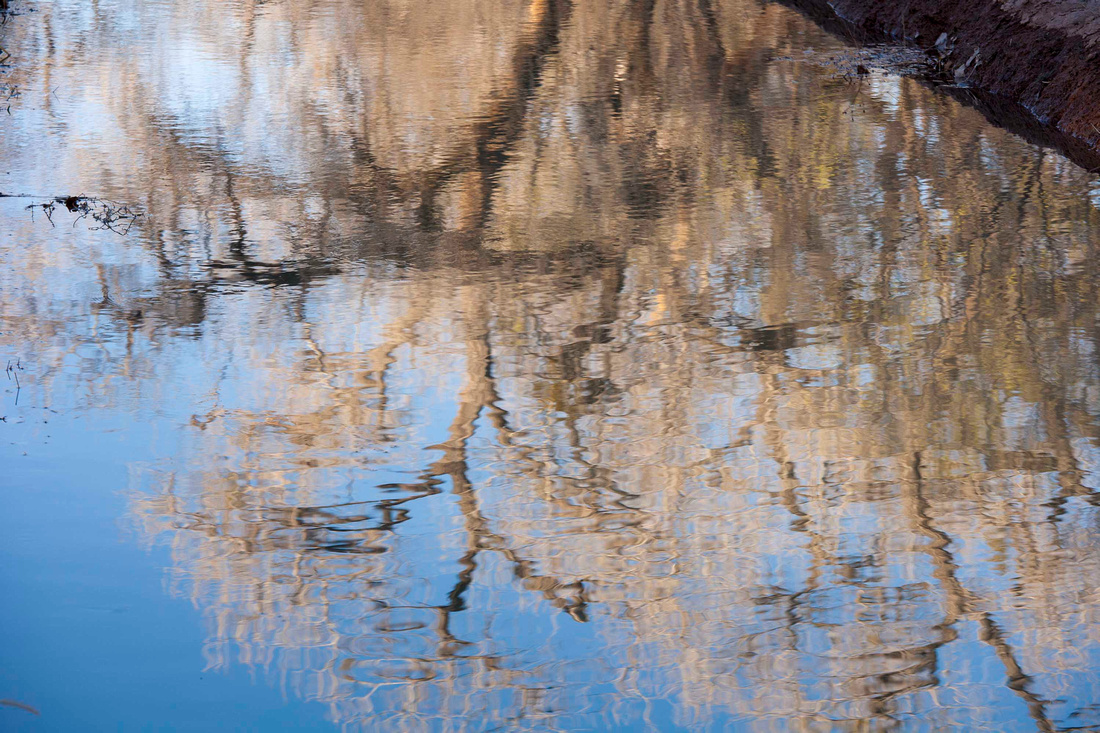 Cottonwoods reflecting in the water. 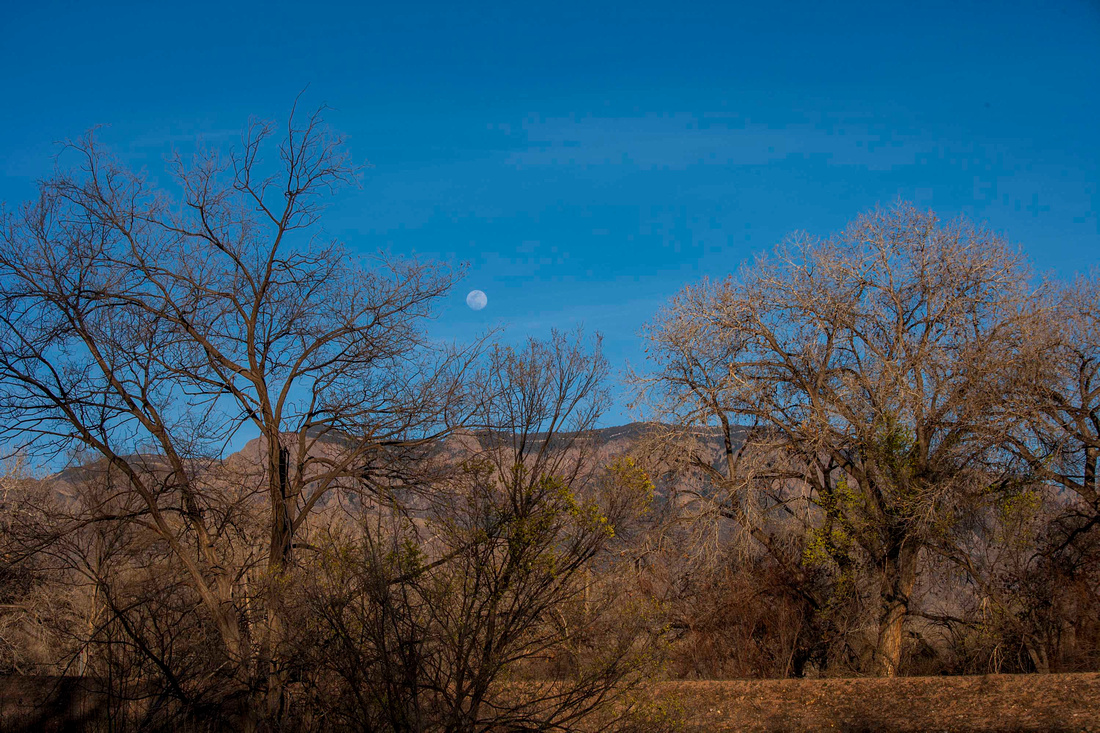 View of the trees, Sandias and rising moon standing behind our gate on the main ditch.

T & L Photos
Thanks, Julie!
Julie(non-registered)
Wonderful images Tim ... nice to see the moon taking centre stage. Interesting to learn about your acequia systems
T & L Photos
Hi David. We are starting with the same schedule as the past several years.
David(non-registered)
Though we've had a poor snowfall totals for the season, most water districts and conservancy districts in CO are refraining from imposing water restrictions for the moment. They seem to be waiting to see what kind of precipitation levels we'll have in April and May. The NWS is rather pessimistic in their forecasts, suggesting the drought conditions will continue to tighten.
T & L Photos
Thanks, Lavinia!
No comments posted.
Loading...
Subscribe
RSS
Recent Posts
Last Post on Zenfolio Walk, Run, Splash, Fly A Walk in the Snow We Wish You a Merry Catmas Cranes, Train & A Full Moon on Winter Solstice I Had A Dream Shrink Wrapped Fly Away Fire & Phantasm First Snow on the 2nd
Archive
January February March April May June July August September October November December
Timothy Price
Powered by ZENFOLIO User Agreement
Cancel
Continue