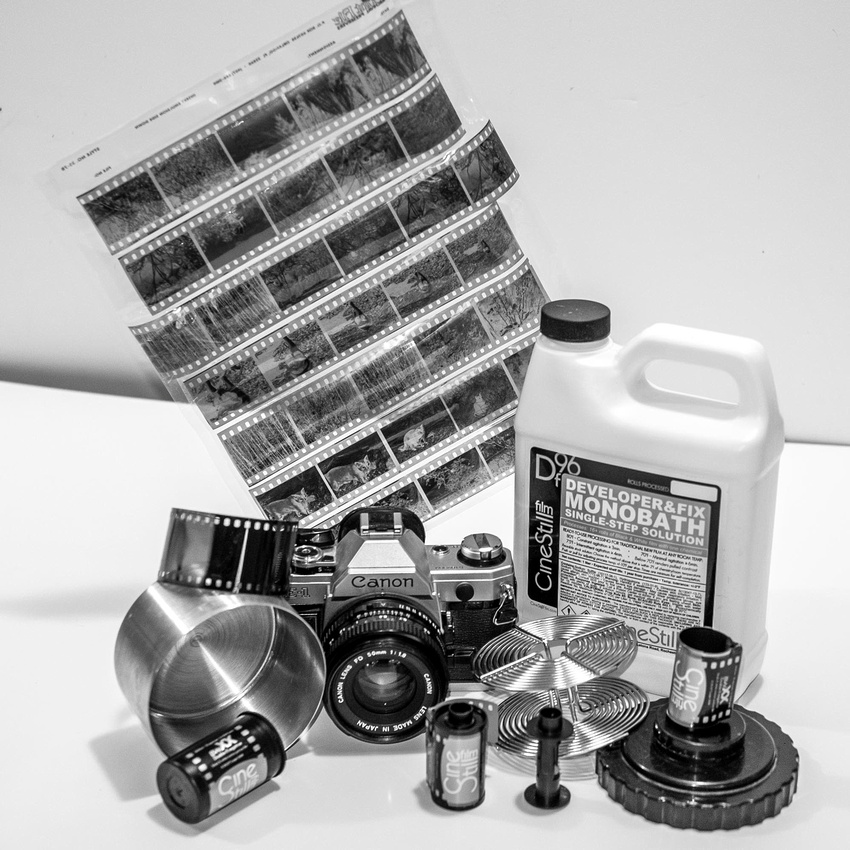 Back in prehistoric times, I fondly remember when Kodak, Fujifilm, Ilford, etc. would announce a new film, I would discuss reviews on the soon to be released film with fellow photographers in anticipation of the film going on sale. Once the film became available, we would test it and discuss its qualities, such as, color depth, saturation, grain, contrast, details in highlights and shadows, tolerance for over and under exposure, etc. We all had our favorite films, and discussions over which film was best for a given situation could become quite animated.

Given these digital daze with all the talk about sensor sizes, megapixels and all the features packed into cameras and the ubiquitous devices that come with cameras, you might not think much of anything new is being developed on the prehistoric film front. While digital technology dealt a death blow to Kodachrome film and processing, and most photo labs around the world have long gone by the wayside, film, like vinyl records, has managed to avoid extinction. And, surprisingly enough, a few companies have taken some DNA from old film technology and produced new and exciting products.

CineStill Film is one of those companies — you can read about CineStill Film at https://cinestillfilm.com/pages/about-cinestill-film. They first started by stabilizing high quality movie film so that it could be repackaged in 135mm film canisters and rolls of 120 film and developed with the standard C41 color negative process. They also repackage B&W movie film that can be processed with standard black and white developers. If you have ever developed B&W film, you are familiar with the multi-bath process with the solutions at 68ºF: 1) developer (6+ minutes), 2) stop bath (stinky 30 seconds), 3) rinse (optional to clear the stop batch), 4) fixer(10 minutes or so), 5) wash (15 minutes or longer) 6) hypo clearing agent (optional) and 7) hang to dry.

CineStill Film has reduced the 5 to 7 step process for developing B&W film to 3 steps, and cut the time in half with their DF96 Monobath developer & fix single-step solution for B&W film. DF96 Monobath is an odorless solution that CineStill Film introduced in June of this year, but I didn’t get around to buying a liter until this month.

I processed a test roll yesterday and scanned a few images from the negatives (I used a low resolution to save time so the scanned images are not super sharp). The first thing I found interesting about DF96 Monobath is that temperature controls normal development, push development (more density and grain) or pull development (less density). For example, normal development takes place between 70ºF and 80ºF. Temperatures over 82ºF will push the negatives, and temperatures under 68ºF will pull the negatives (DF96 Monobath has a ±2ºF temperature tolerance). I was also surprised that the temperatures for “normal” development are more in the range used to develop color film. Developing at 80ºF means I can develop film in the summertime when my darkroom is around 80ºF. Since I haven’t put an air-conditioner in my darkroom, I usually wait until winter to develop film when the darkroom is 68ºF.

I developed a roll of CineStill Film BwXX Double-x negative film that I shot at 200 ISO in daylight. Following the directions, I heated the DF96 Monobath to 80ºF and developed/fixed the film for 6 minutes while constantly agitating the developing tank. It only takes 3 minutes to develop and fix the film at 80ºF, but an additional 3 minutes of agitation is suggested for archival fixing. I washed the film for 5 minutes as directed, added a few drops of hypo clearing agent, and hung the strip of film to dry. The negatives came out well developed and well fixed (clean and clear of residue). More niceties about DF96 Monobath are 1) you don't have to dilute it with water — you use it straight out of the bottle. 2) You pour the solution back into the bottle each time you use it, and keep using the solution until it is exhausted. 3) A liter is supposed develop 16 or more rolls of film. 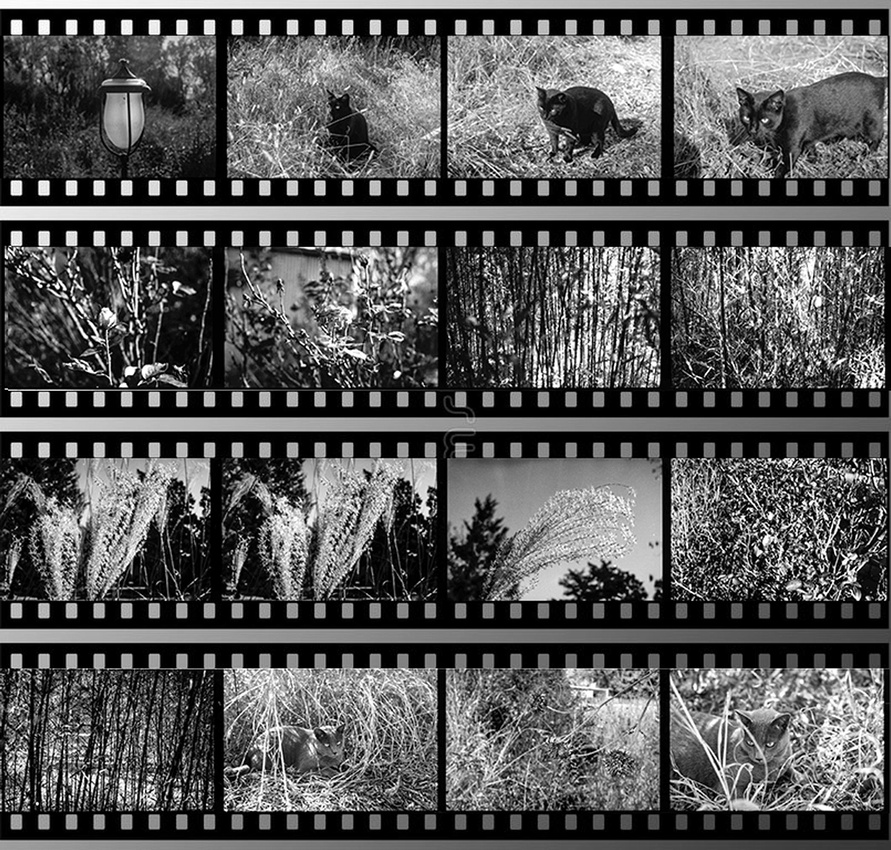 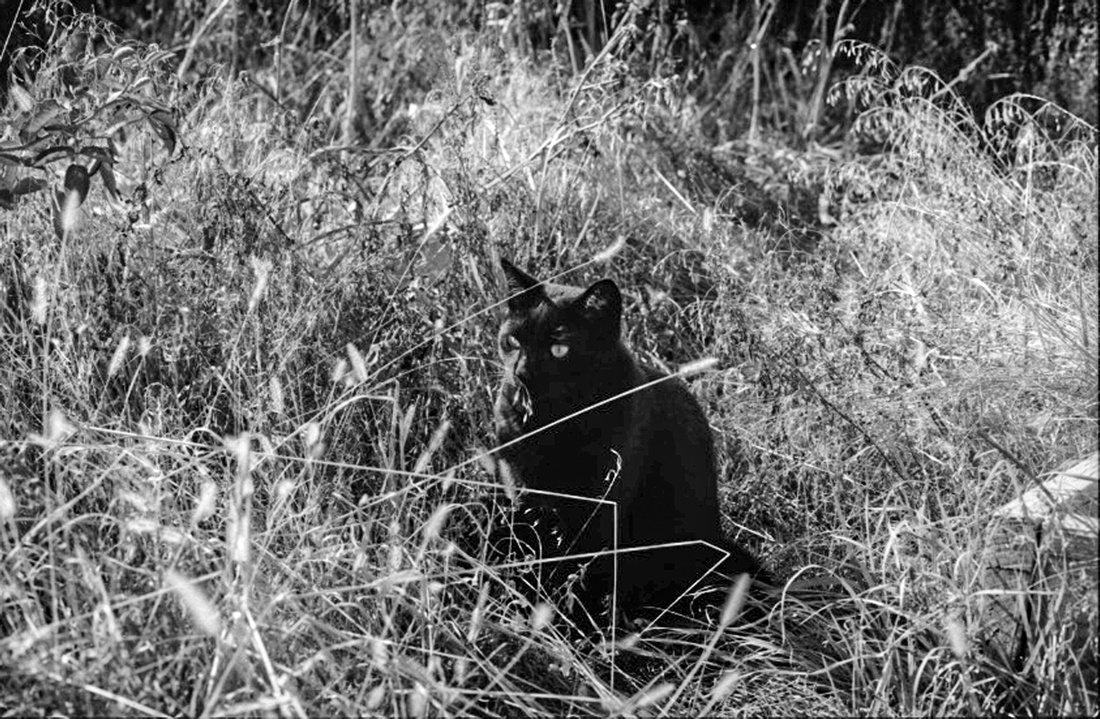 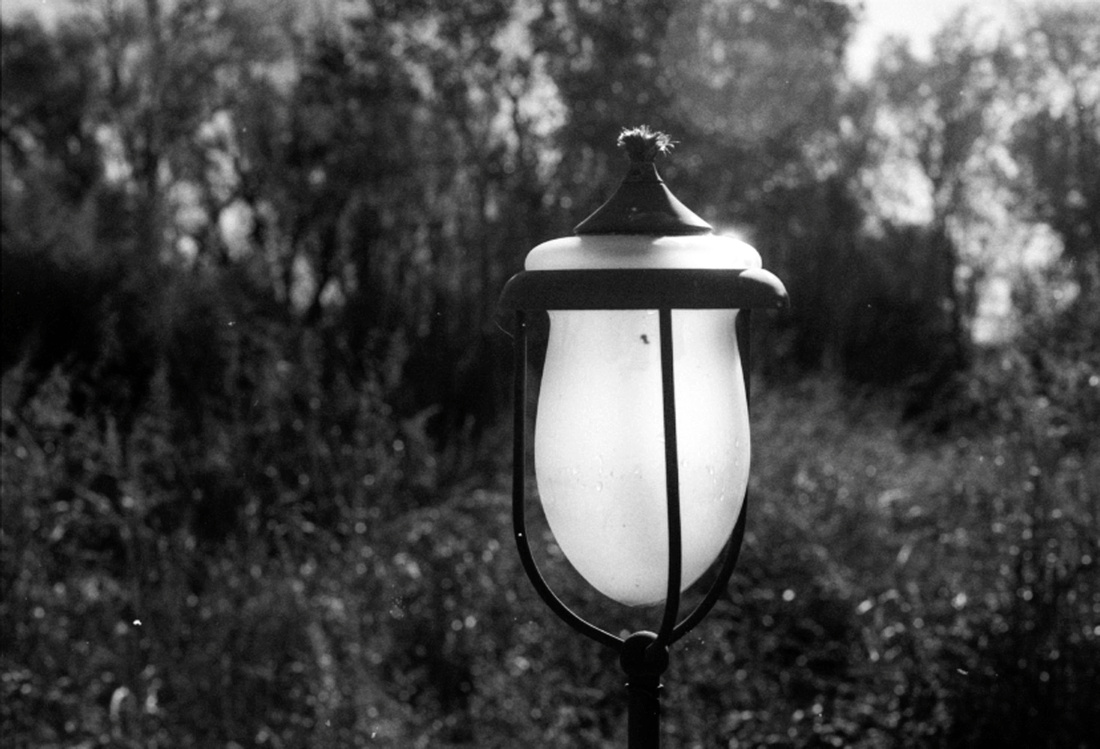 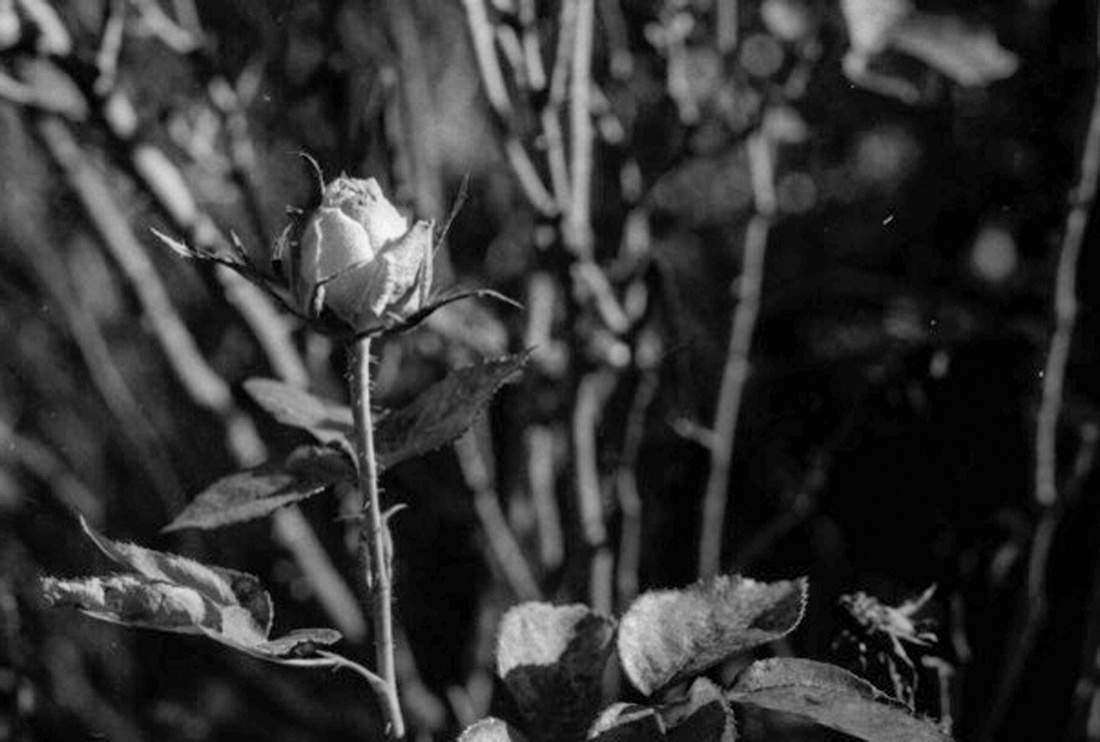 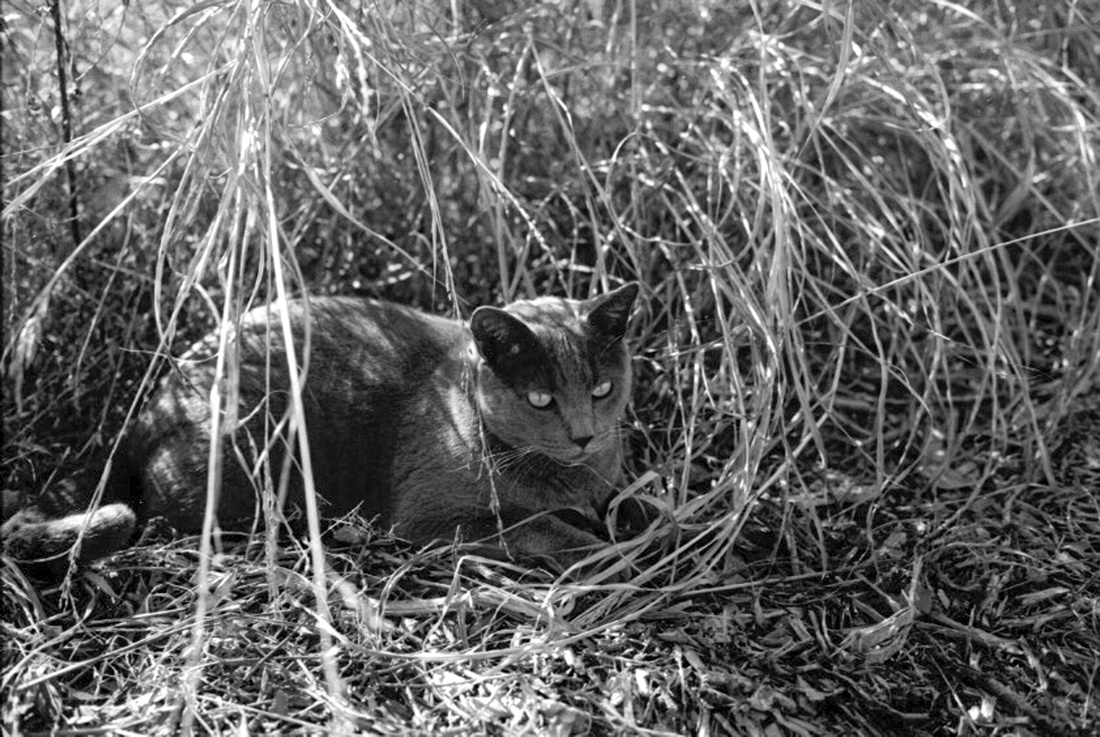 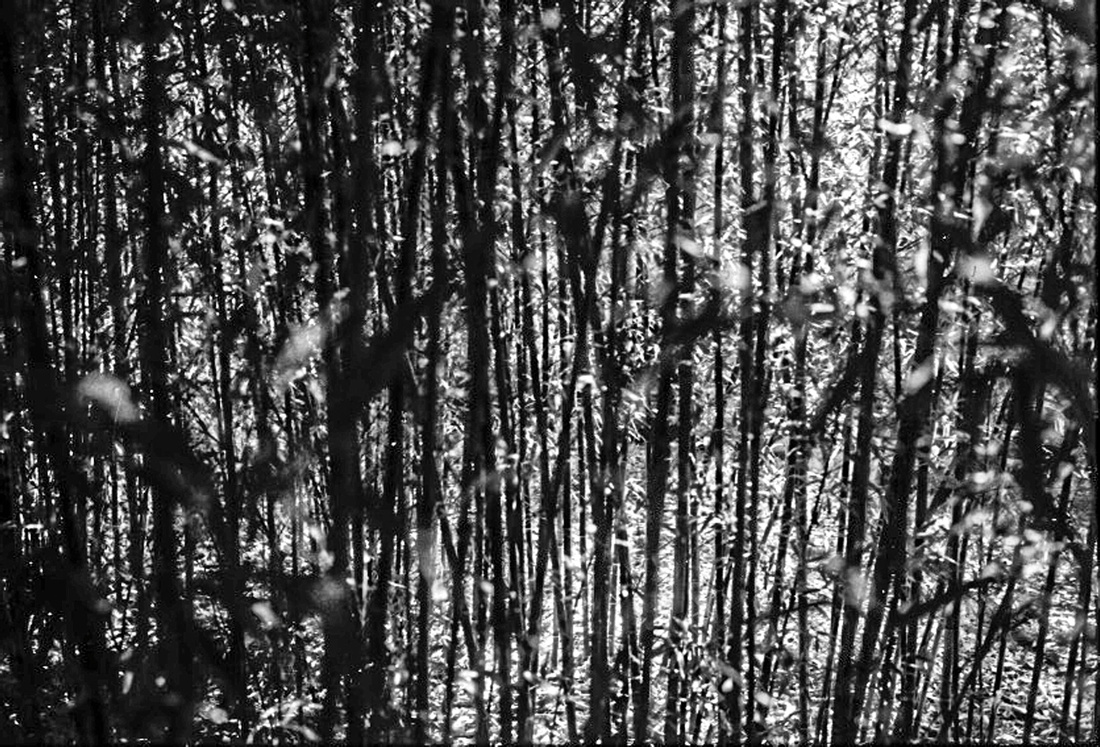 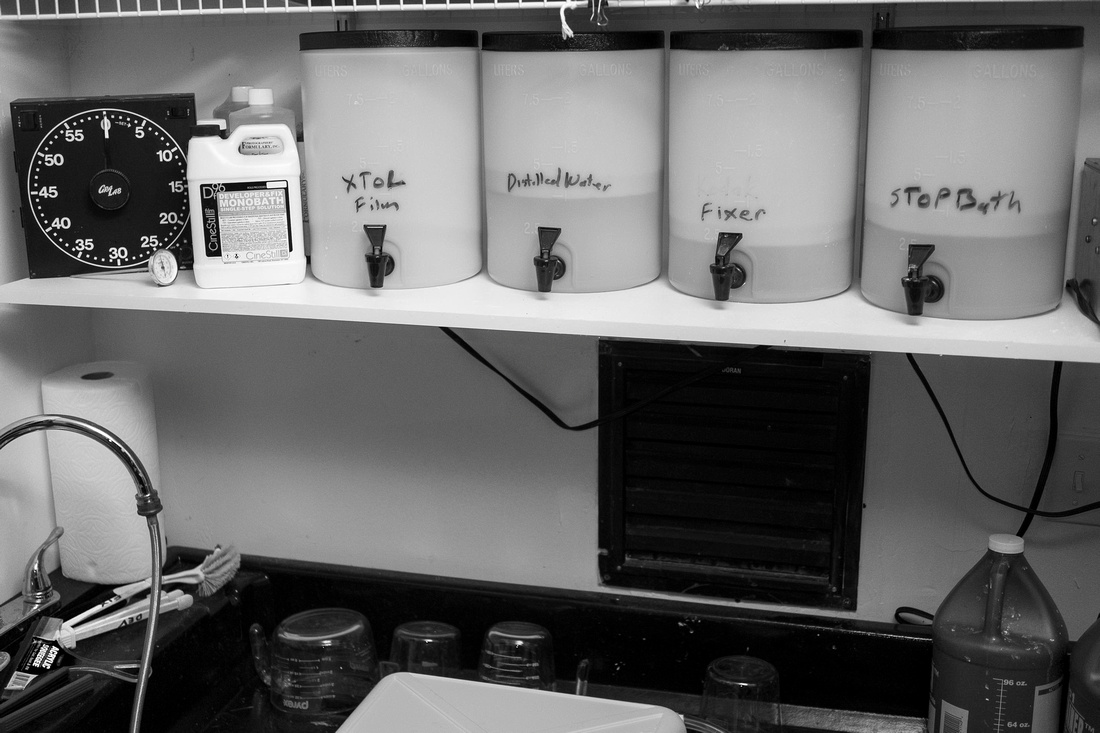 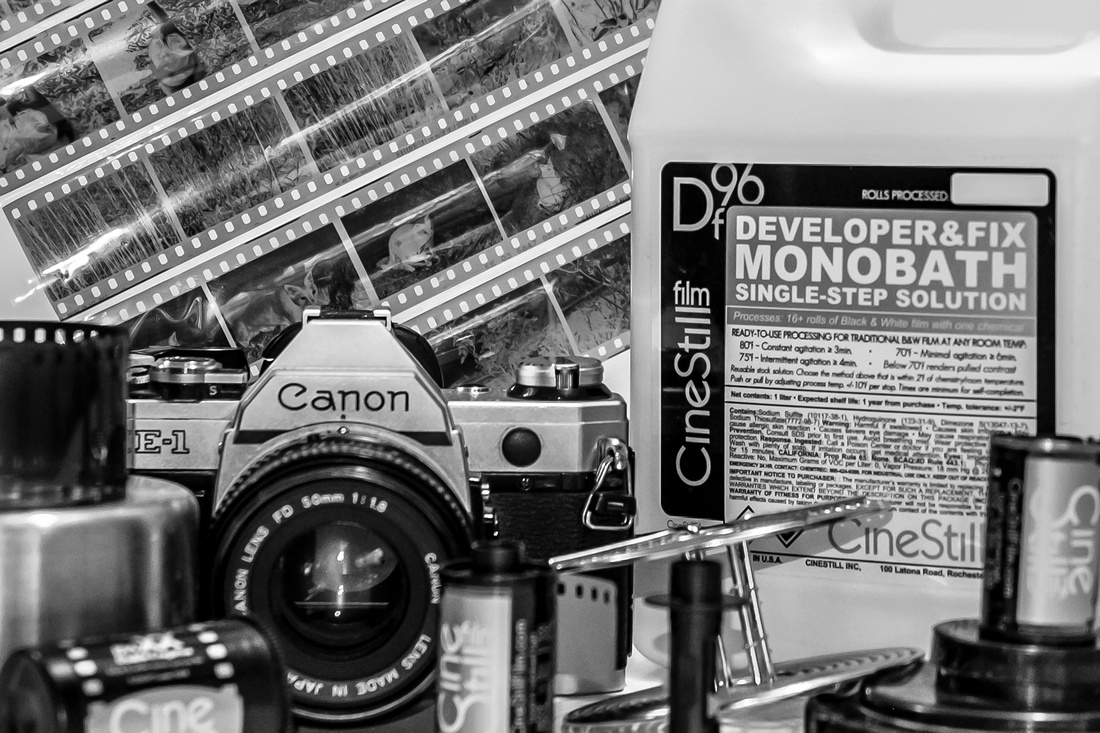 T & L Photos
Hi Couriers. Actually, if you use professional digital gear and keeping up with computers and software that can handle the files is pretty expensive. There is a lot of skill and magic to doing film that gets lost with digital.
Animalcouriers(non-registered)
Double-edged sword. Such fun to do but takes a lot of time and costs rather a lot too these days no doubt.
T & L Photos
Thanks, Christine.
Christine E. Robinson(non-registered)
Tim, the photos are amazing. I love the more distinctive black and white. Christine
T & L Photos
Hi Herman. Fix and stop bath can be pretty stinky. Another place I've been getting chemicals has orderless stop bath and fix.
No comments posted.
Loading...
Subscribe
RSS
Recent Posts
Last Post on Zenfolio Walk, Run, Splash, Fly A Walk in the Snow We Wish You a Merry Catmas Cranes, Train & A Full Moon on Winter Solstice I Had A Dream Shrink Wrapped Fly Away Fire & Phantasm First Snow on the 2nd
Archive
January February March April May June July August September October November December
Timothy Price
Powered by ZENFOLIO User Agreement
Cancel
Continue