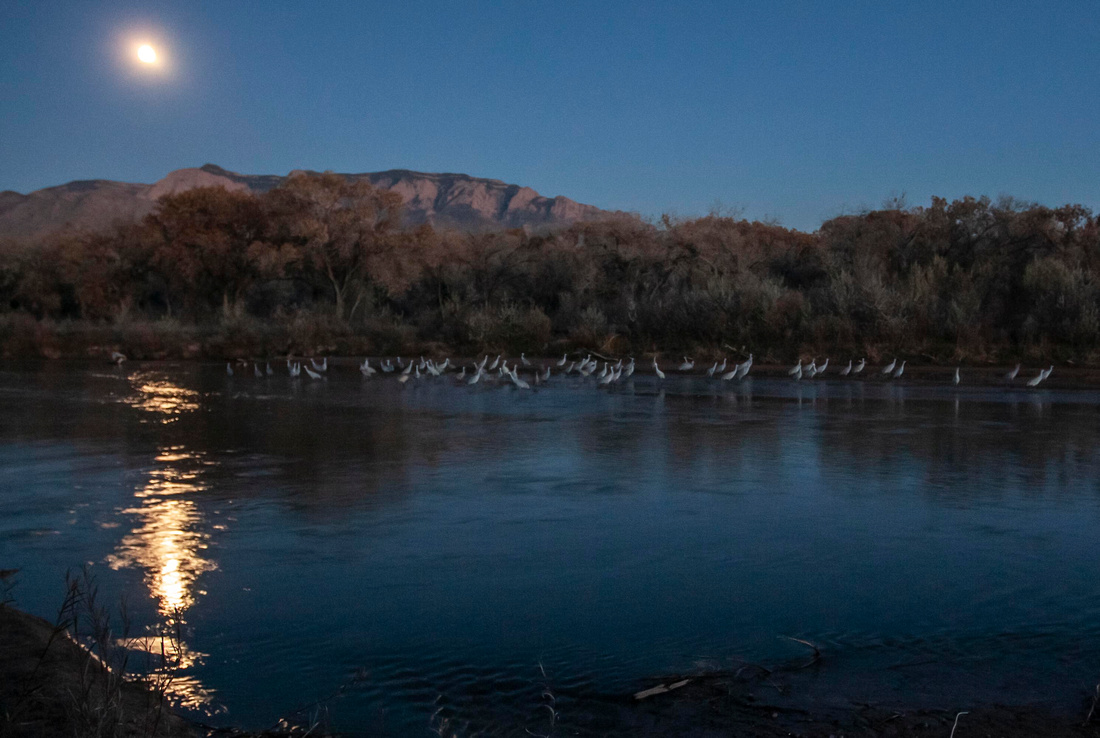 The "full" Full Moon doesn't happen until tomorrow, but the moon is 98.6% full tonight, which is close enough for cranes, rock & roll and my phone's battery. Tonight was the first night the cranes congregated at the area we call "The Beach" did not scatter and fly away when we emerged from the tamarisk. Instead, some of the cranes kept a close eye on us while others went about their business of poking around in the water and pecking at each other. A half mile north is what we call "Crane Point" because there are always 50 to a 100 or more cranes there by the late afternoon, and several more  fly in and land as the darkness closes in. The cranes at Crane Point have not flown away when we come scraping through the tamarisk for over a week now. We can stand on the bank in full view, talk to the cranes, and talk to each other, while I snap the shutter to capture whatever action or inaction that might be going on. I've included a sequence of three cranes coming in and landing at Crane Point in the dusk. They are extremely graceful as they fly in with their landing gear down, but a few feet above the water they put on their brakes and they go from graceful to looking more like three stooges coming in for touchdown. Some of the other cranes duck and watch, looking like they would palm their faces if they were able. After their awkward landings, the Cranes quickly regain the composure, and stand proudly in ankle deep water. 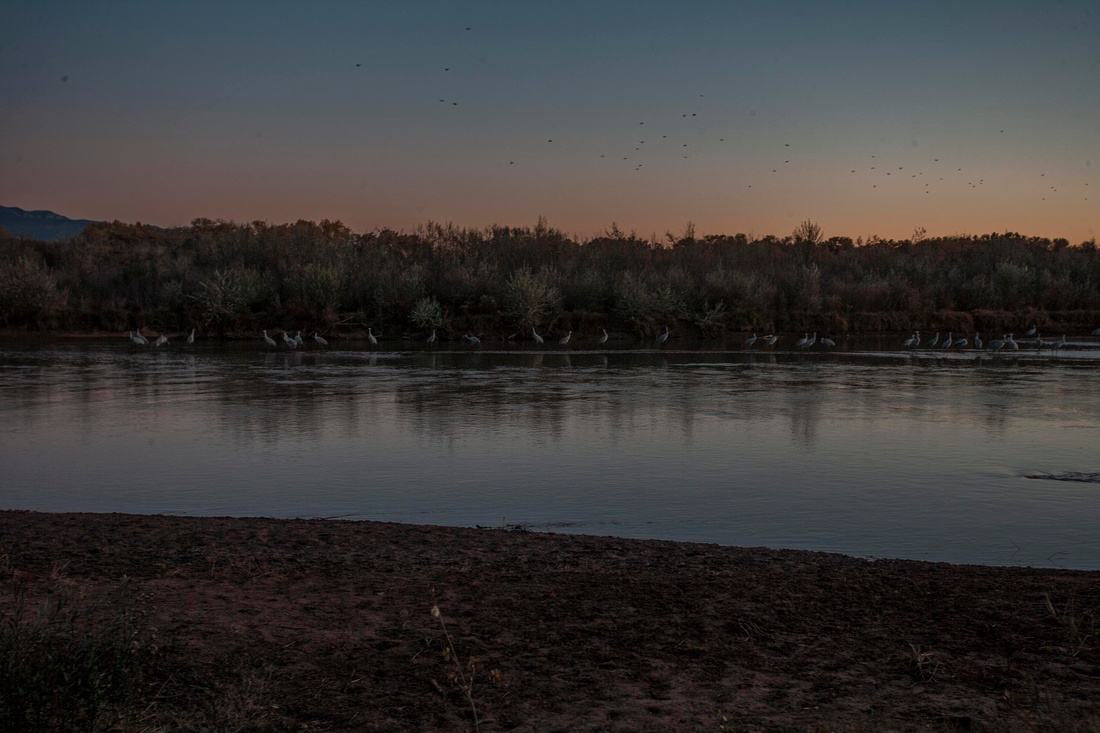 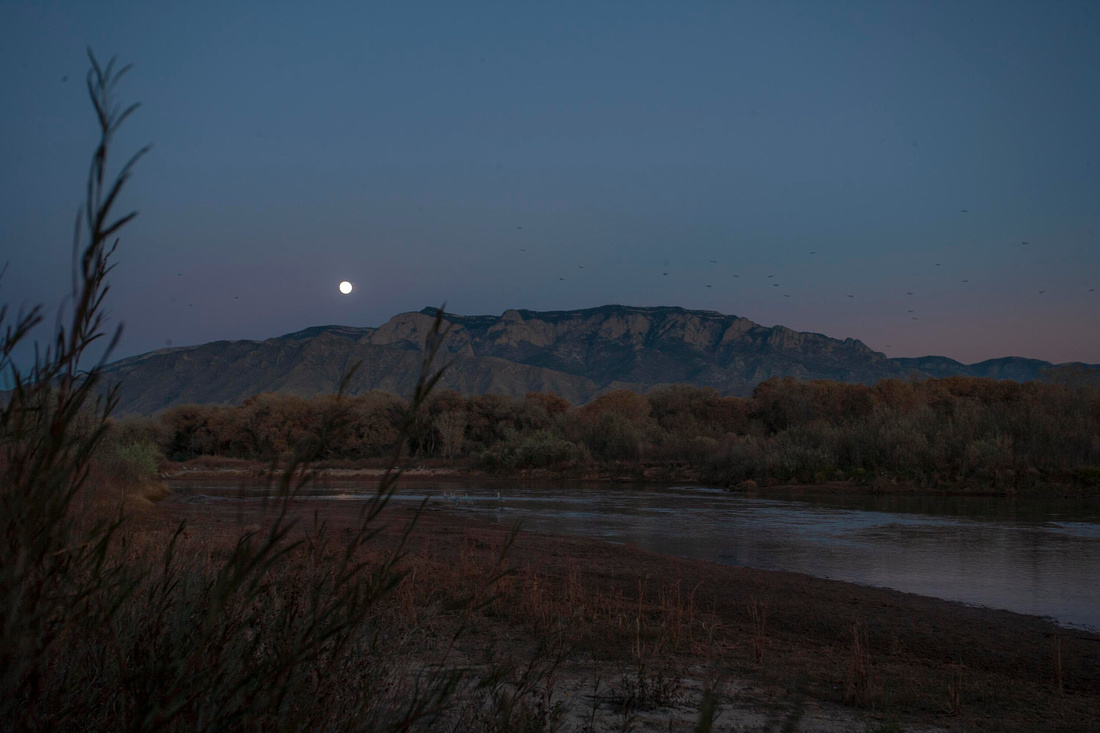 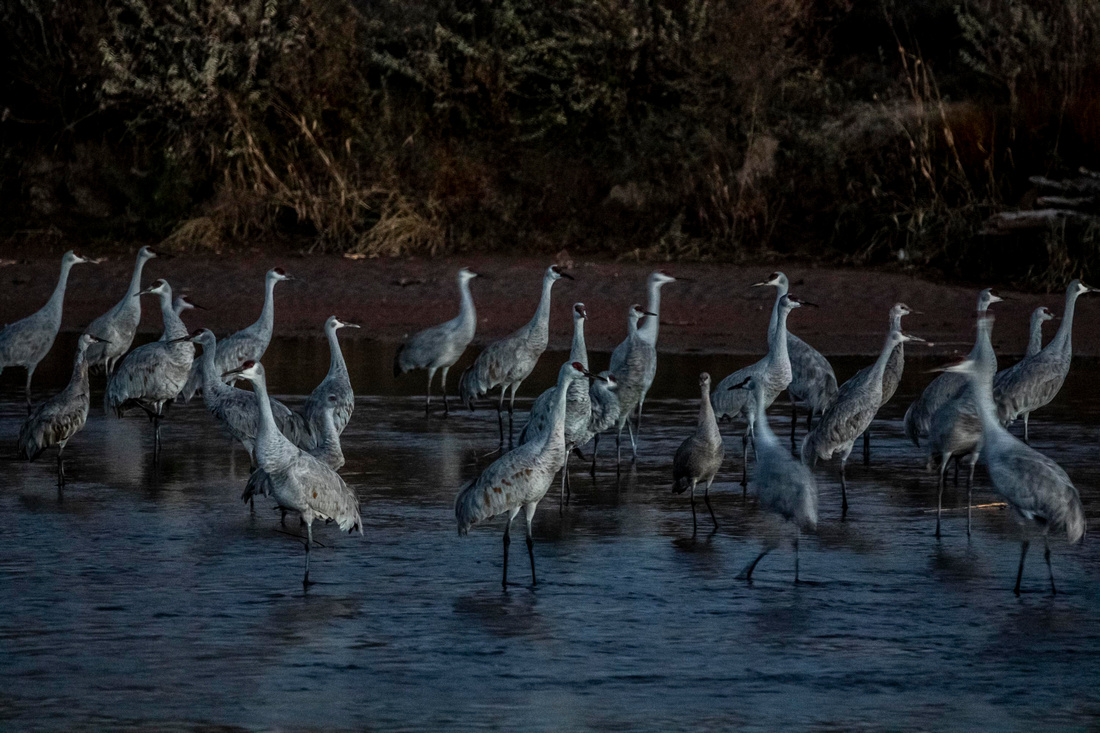 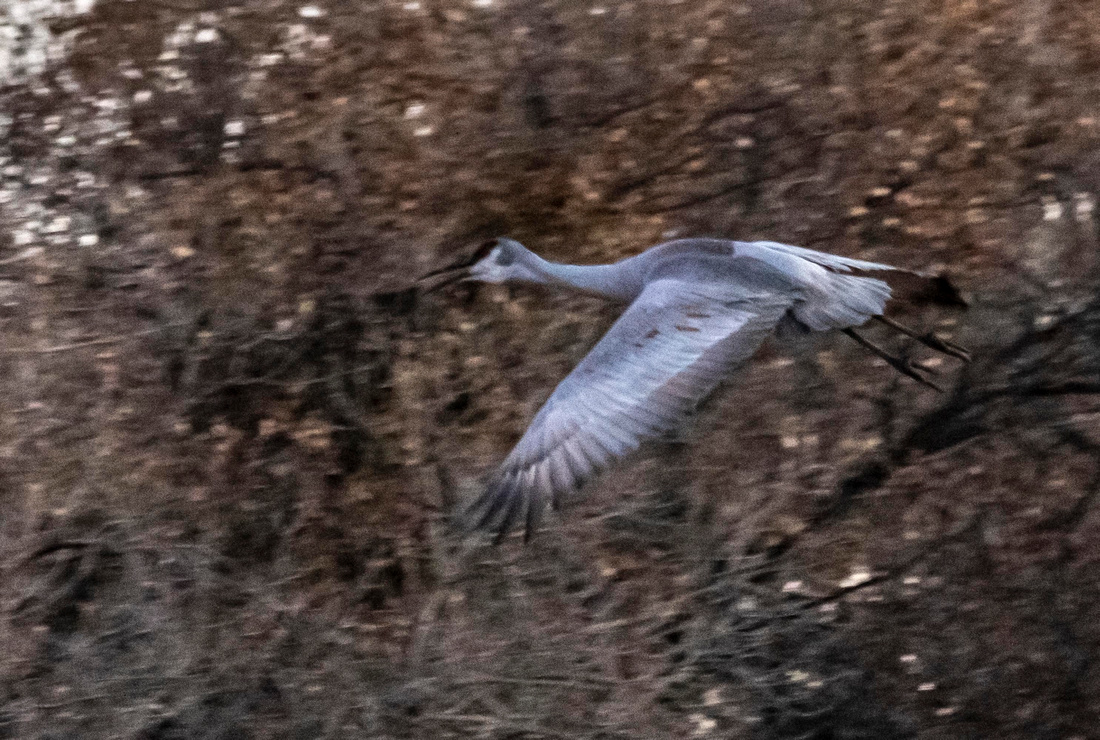 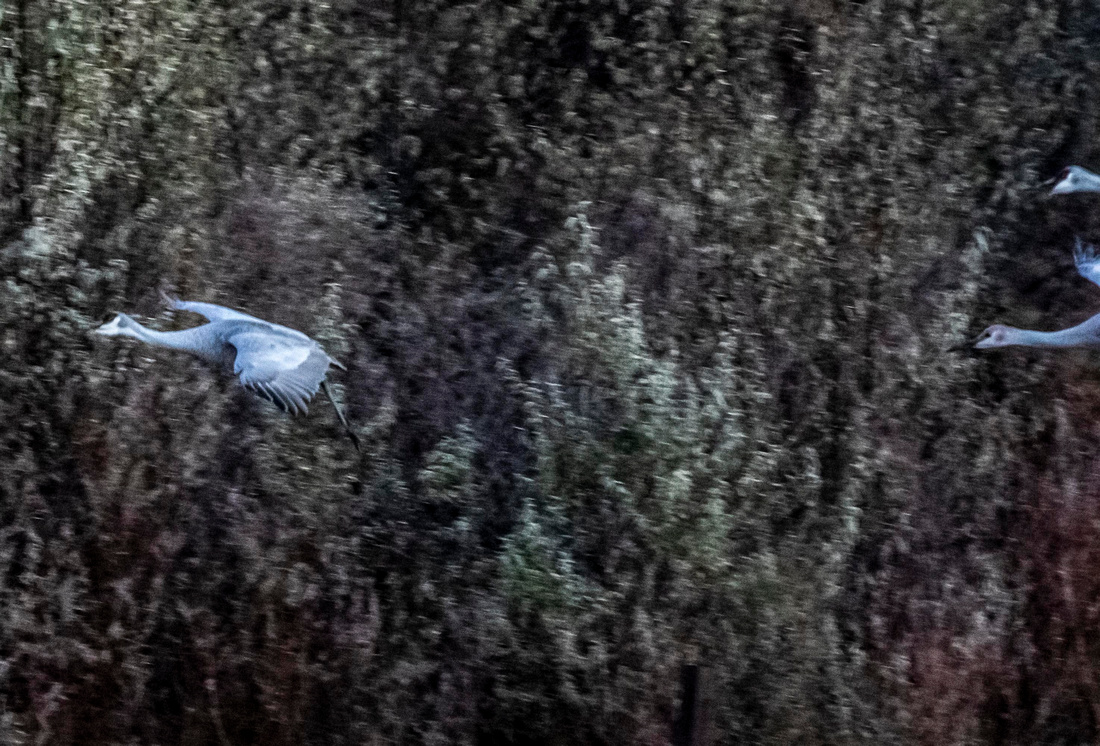 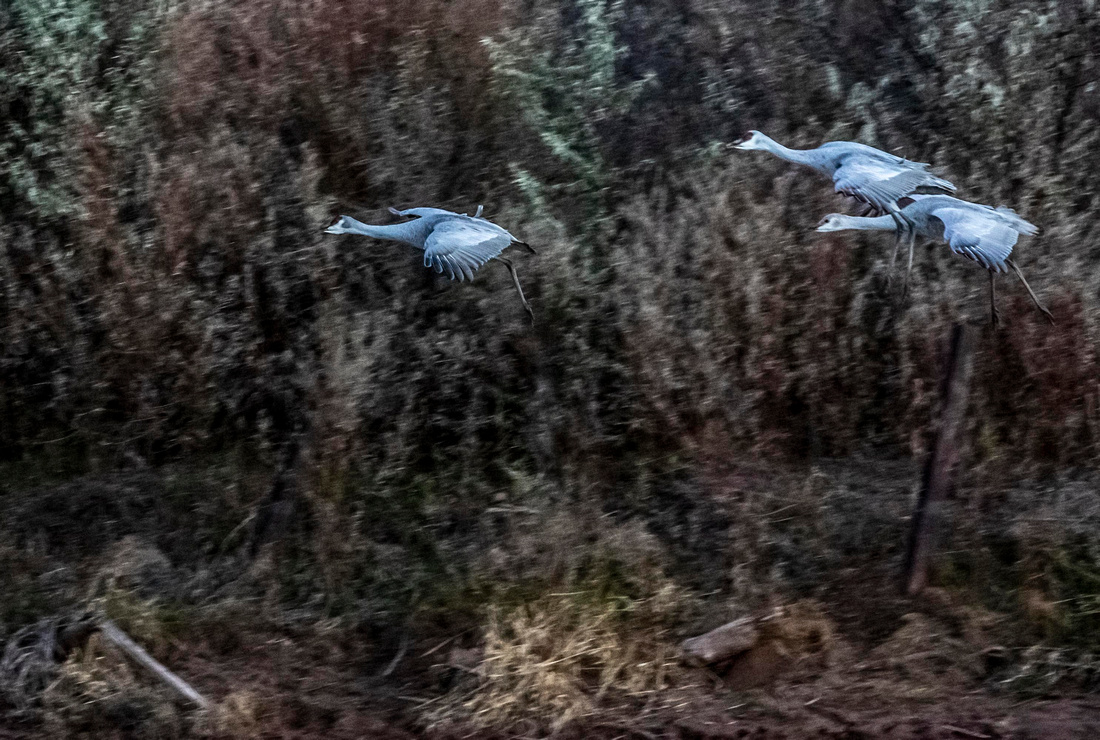 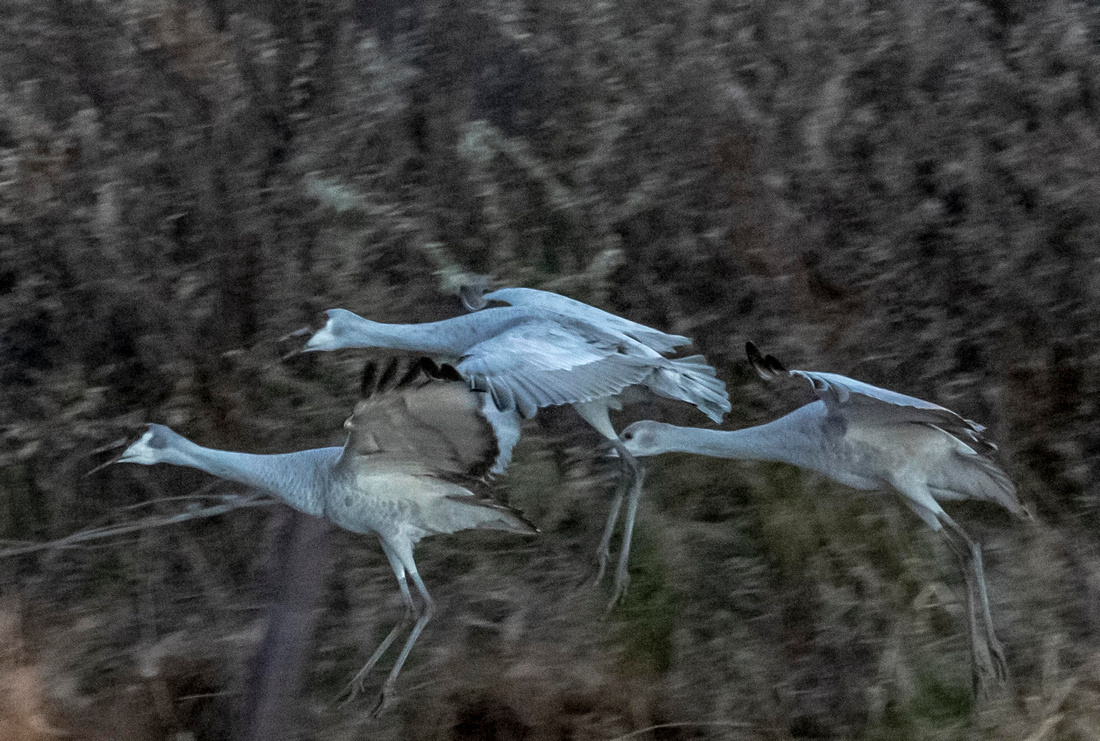 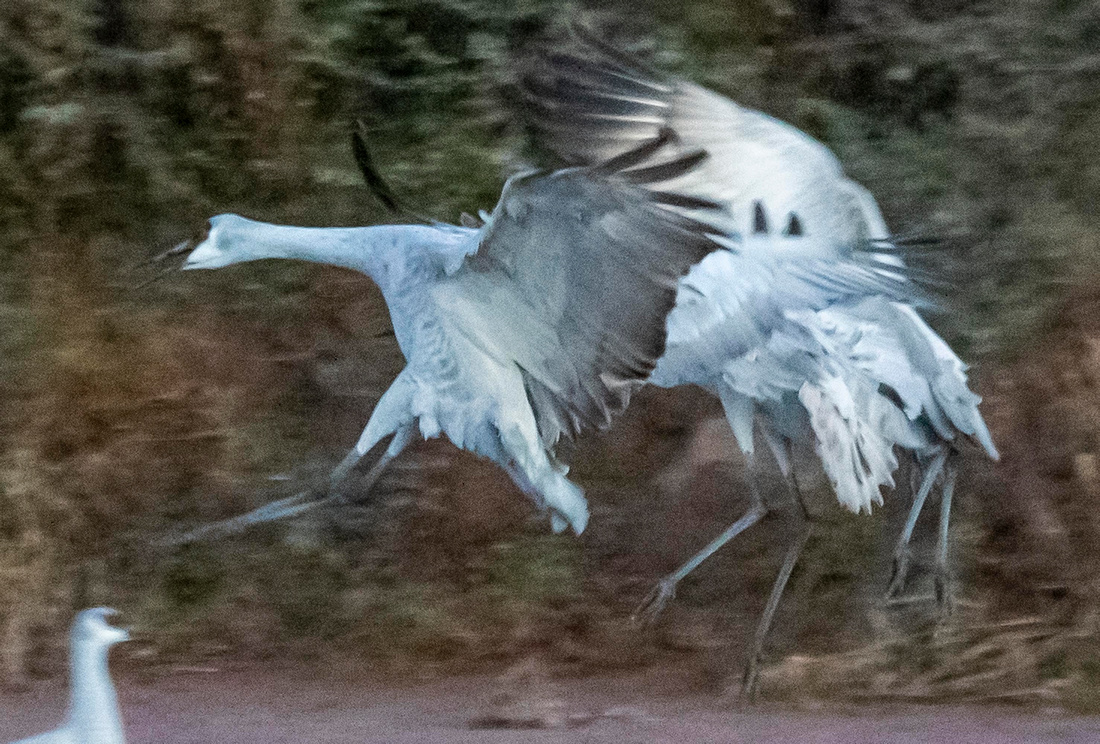 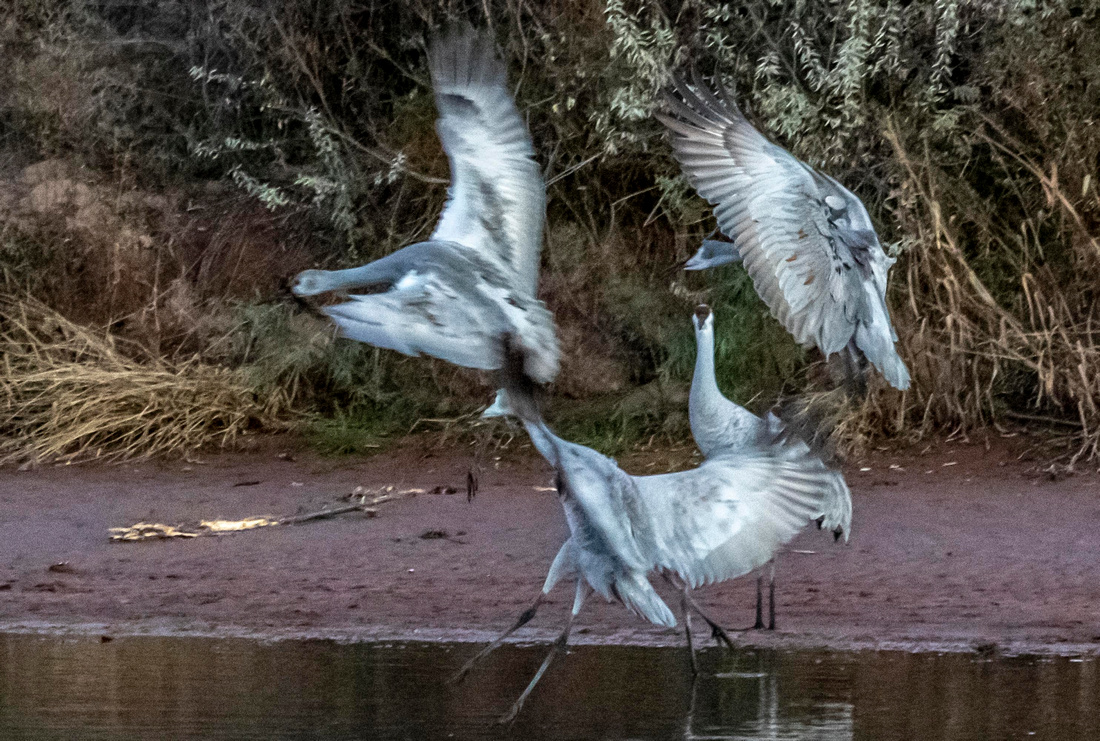 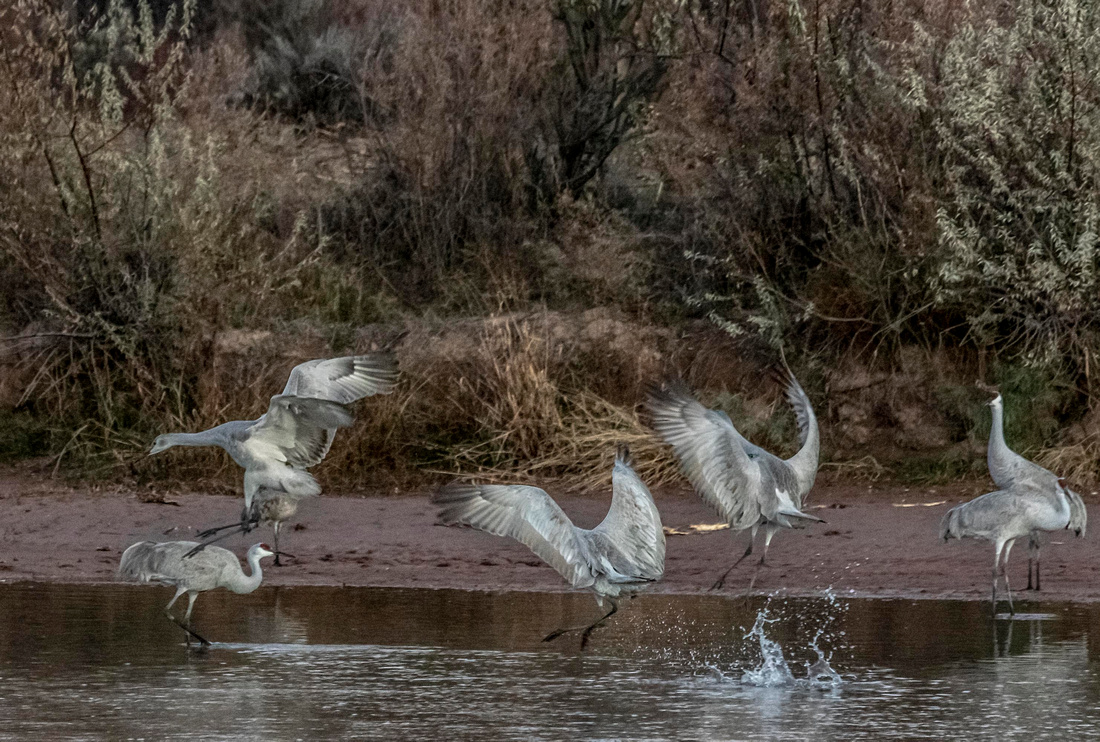 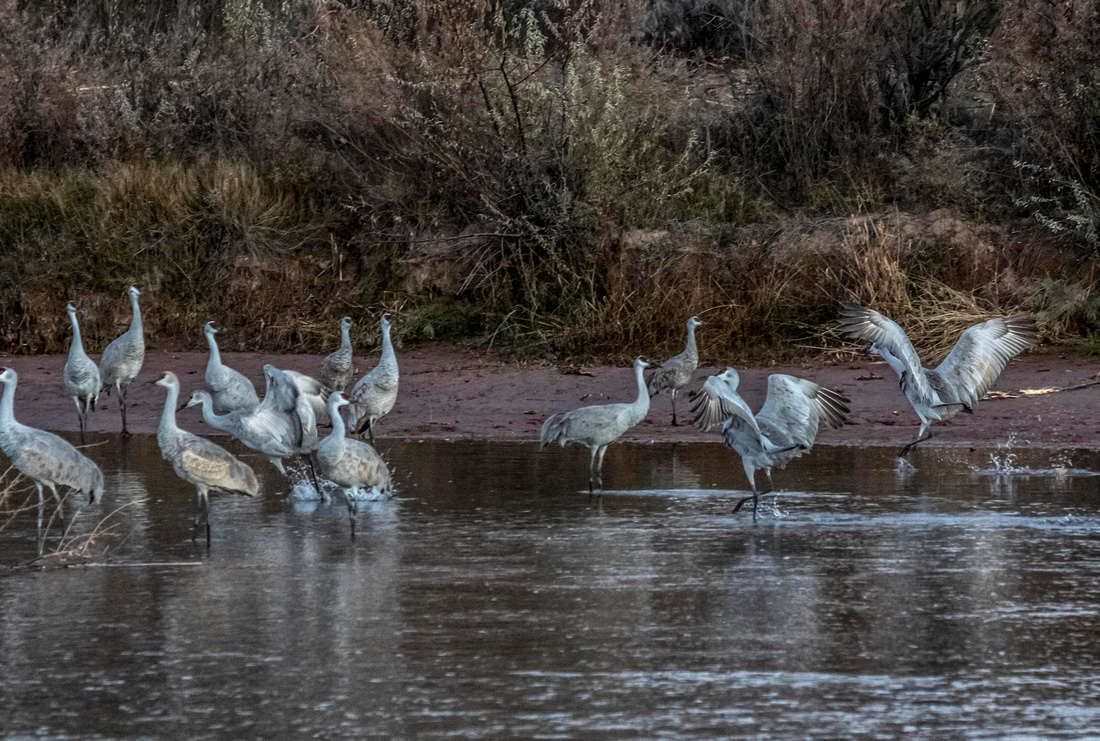 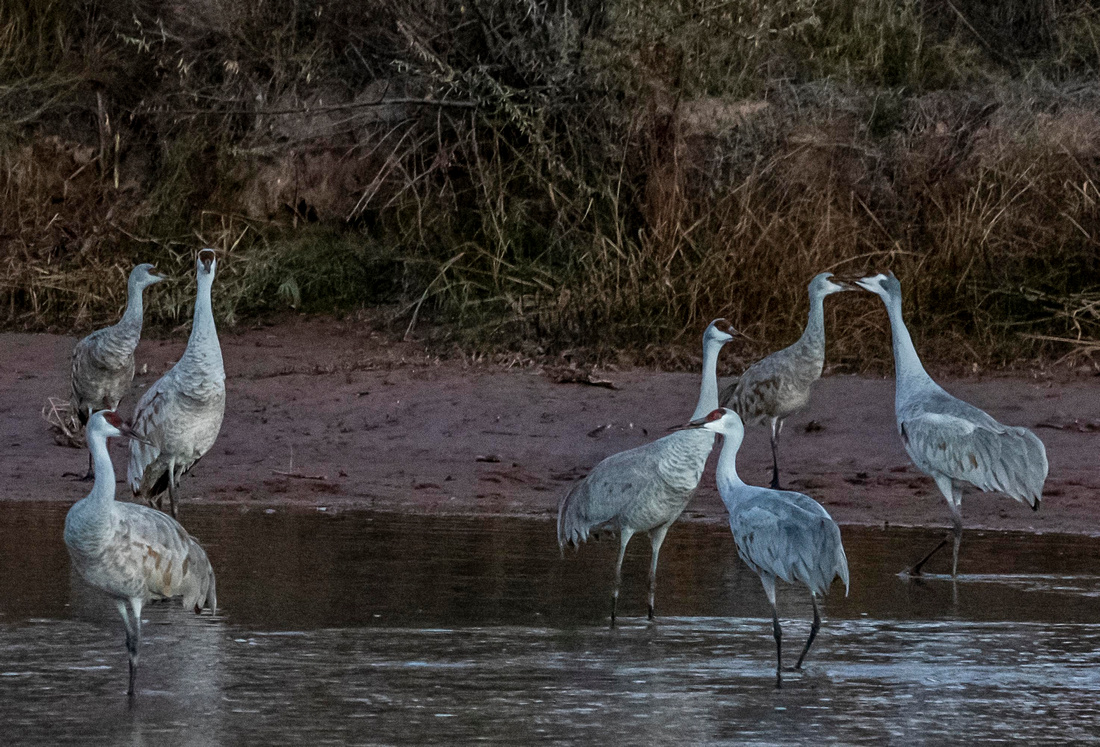 T & L Photos
Hi Lavinia. It's overcast here this morning, and it's forecast to be cloudy all day. Happy Thanksgiving.
Lavinia Ross(non-registered)
The cranes and scenery are beautiful, Tim! Overcast here today, no moon viewing tonight.

Happy Thanksgiving, Tim & Laurie!
T & L Photos
Hi David. We saw Mr. Pt high in a cottonwood keeping his eye on us on our way to Crane Point.
David(non-registered)
Don't be surprised if there's a ptero keeping watch on you … maybe. :)
T & L Photos
Hi Couriers. It's difficult light to photograph under, but the results are worth the trouble.
No comments posted.
Loading...
Subscribe
RSS
Recent Posts
Last Post on Zenfolio Walk, Run, Splash, Fly A Walk in the Snow We Wish You a Merry Catmas Cranes, Train & A Full Moon on Winter Solstice I Had A Dream Shrink Wrapped Fly Away Fire & Phantasm First Snow on the 2nd
Archive
January February March April May June July August September October November December
Timothy Price
Powered by ZENFOLIO User Agreement
Cancel
Continue