MAID in the SHADE by Rosy the Riveter 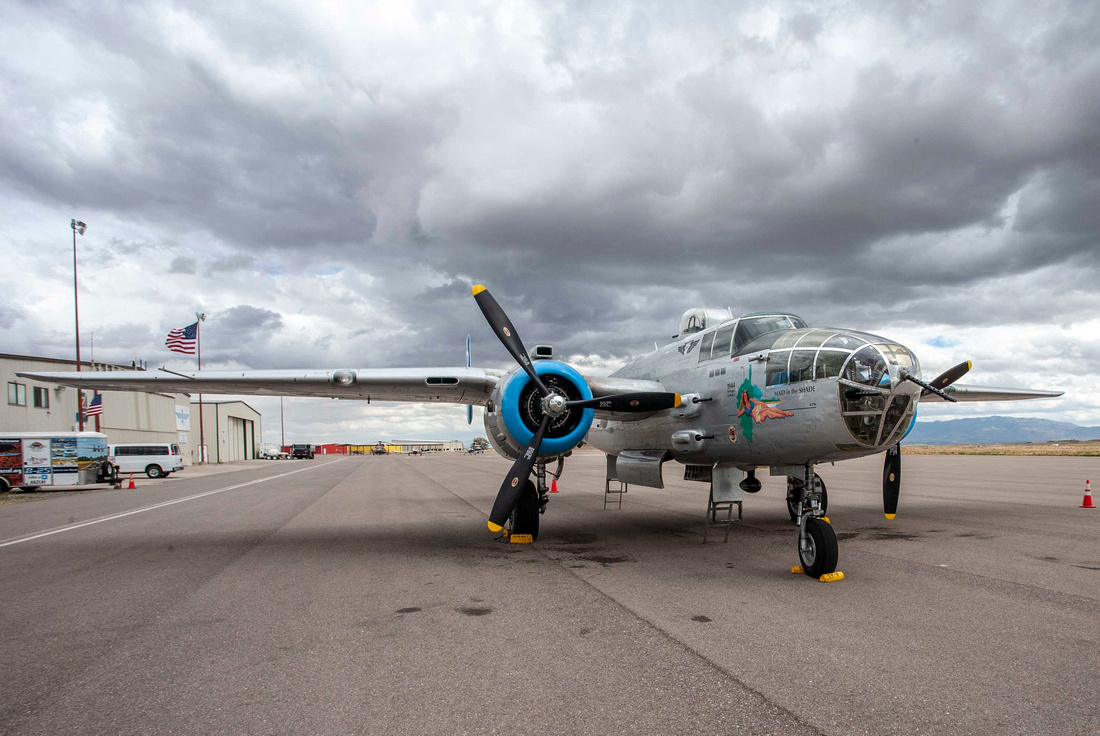 Maid in the Shade B-25J Bomber that was on display at the Double Eagle Airport on Albuquerque's Westside.

MAID in the SHADE is a B-25J is a twin engine medium bomber that was based out of Serraggia Airbase, Corsica from Nov 1 – Dec 31, 1944. She flew 13 bombing missions in Italy and 2 over Yugoslavia. B-25J Bombers where fast and used for low altitude strafe and skip bombing. It took 28 years to restore MAID in the SHADE, and all the people who worked on the original restoration have since died. One person involved with the bomber said they were particularly effective for sinking ships. The nose of the plane would be fitted with four 50 caliber machine guns. The bomber would fly just above the water under the target ship's fire, then the pilot would open fire with the four machine guns as he flew over the deck of the ship, and they would drop several small bombs with parachutes attached to slow the bombs hitting the ship to allow the bomber to get out of the way before the bombs exploded. He said they were 100% effective in sinking ships. You can read more about MAID in the SHADE and how she got her name at: https://www.azcaf.org/b-25j-maid-shade-got-name/.

The doors on the bomb bay are signed by various people who served in WWII. One signature is by Betty Hayes as "Rosy the Riveter". She worked in the plant in Kansas City, KS in 1942 according to an article about her and Maid in the Shade by Carole Ann McKelvey in the Montrose Daily Press News in 2016. You can read about Betty at: https://www.montrosepress.com/news/forget-about-rosie-montrose-has-it-s-own-betty-the/article_a3a03f68-74b2-11e6-afb9-030d9344559f.html. 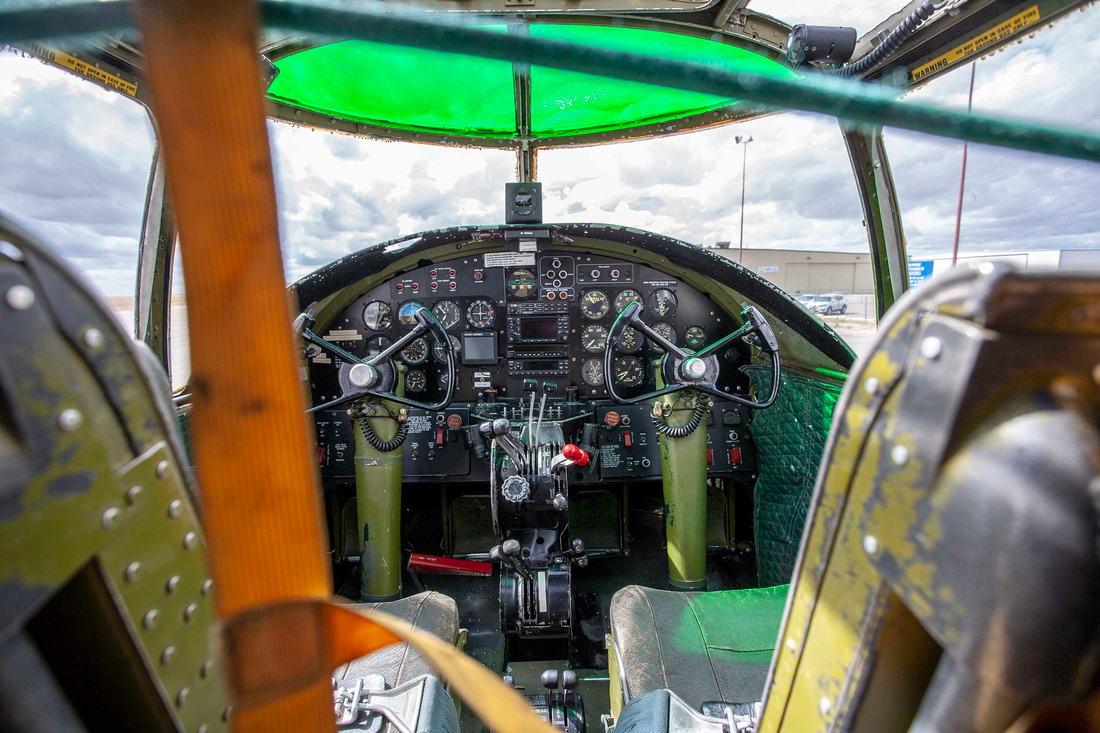 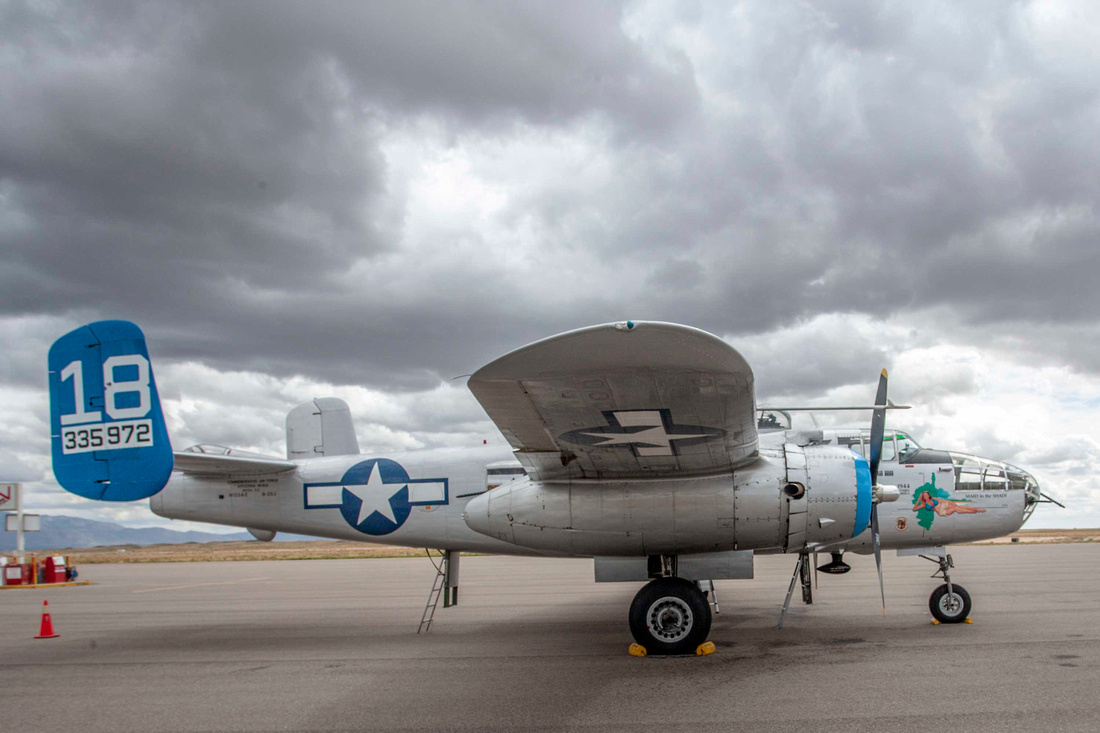 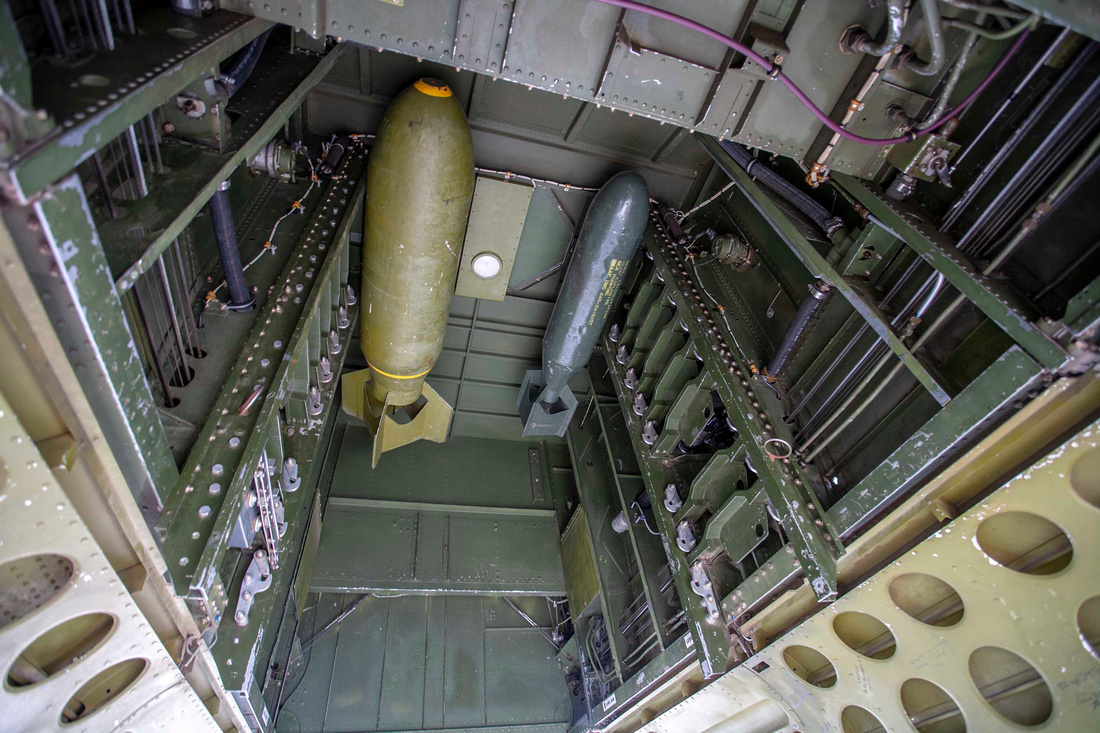 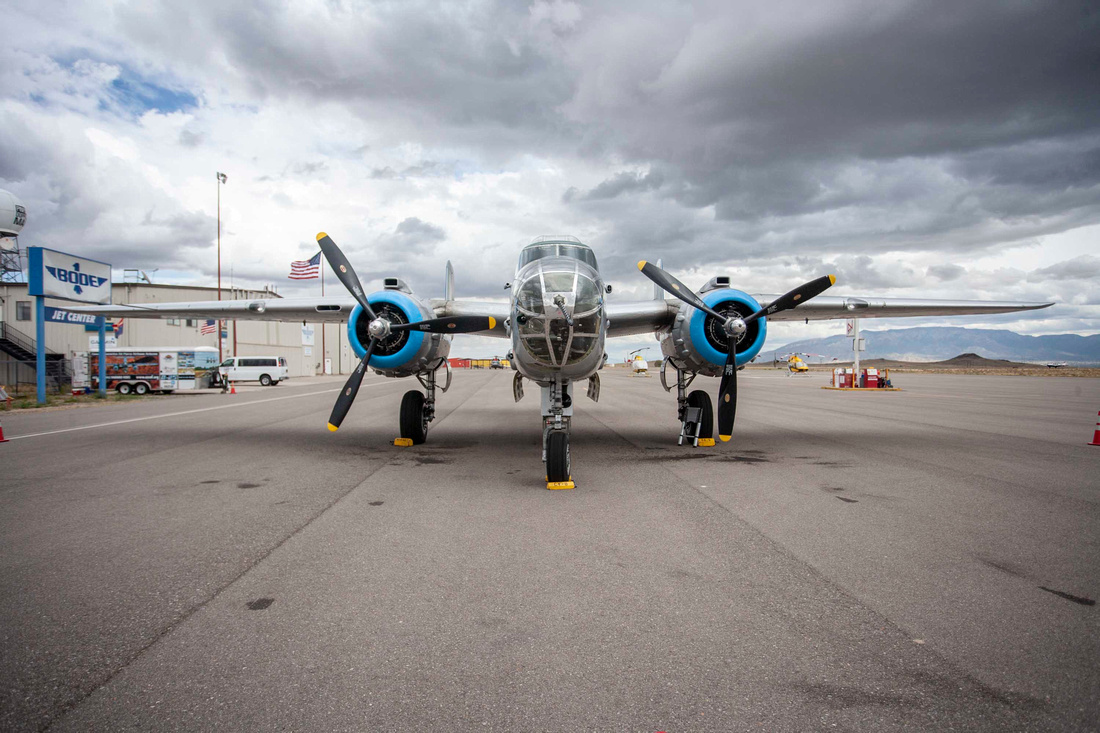 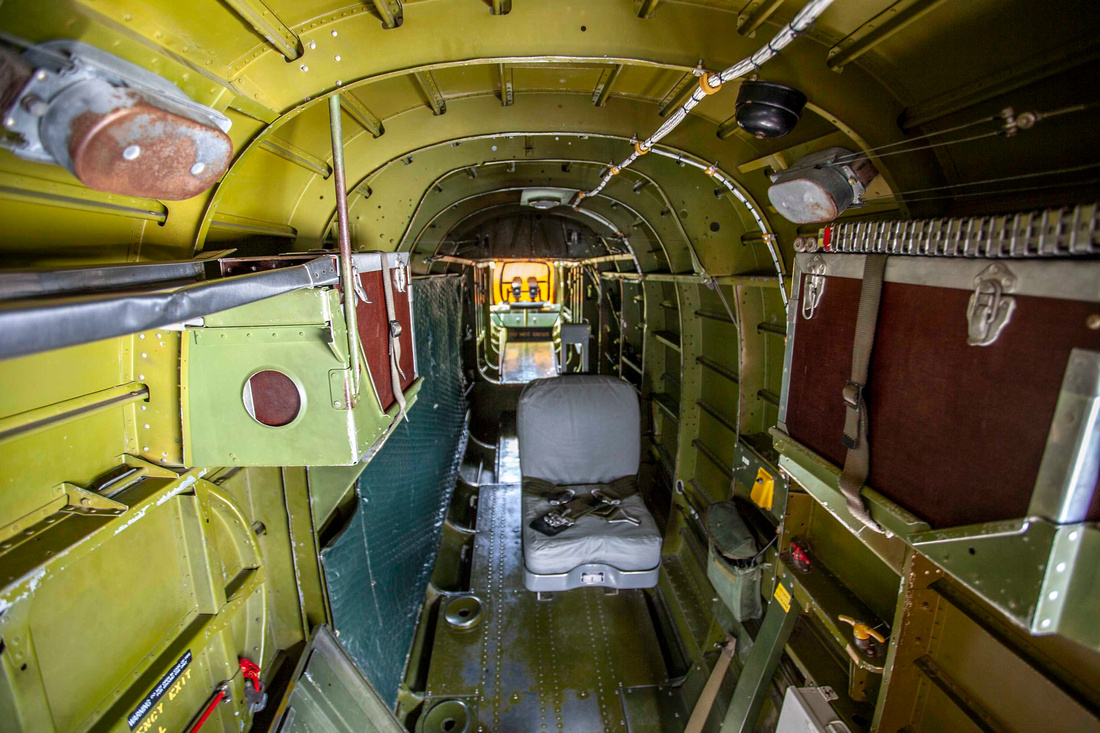 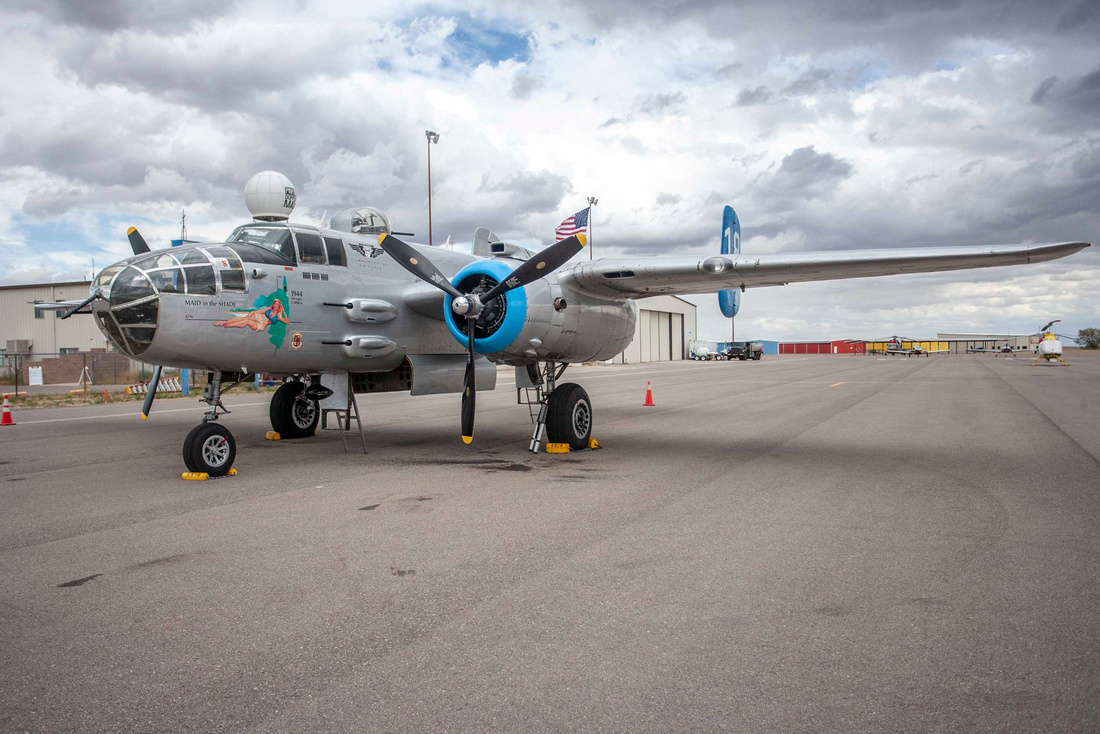 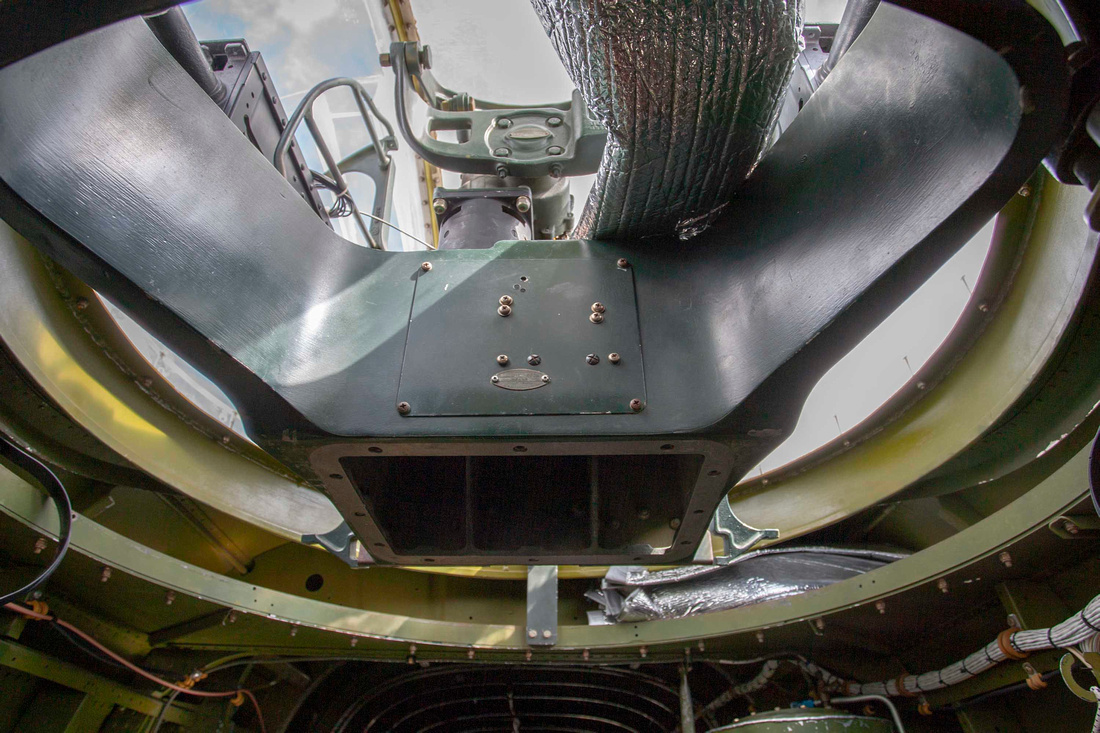 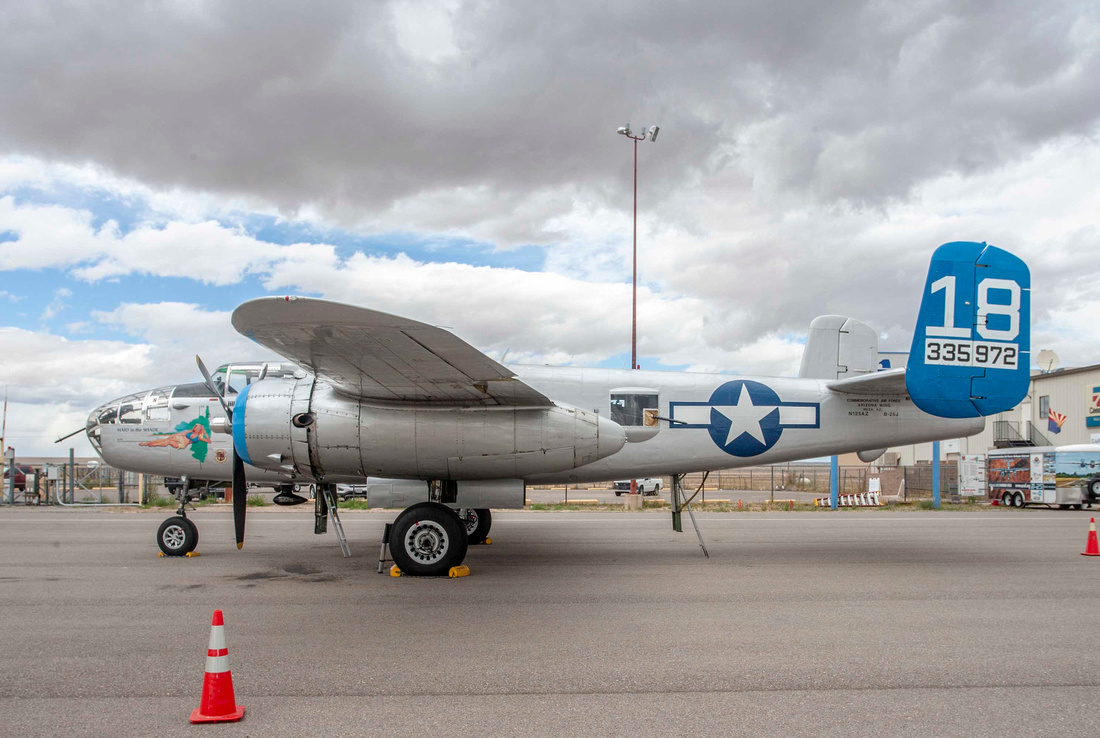 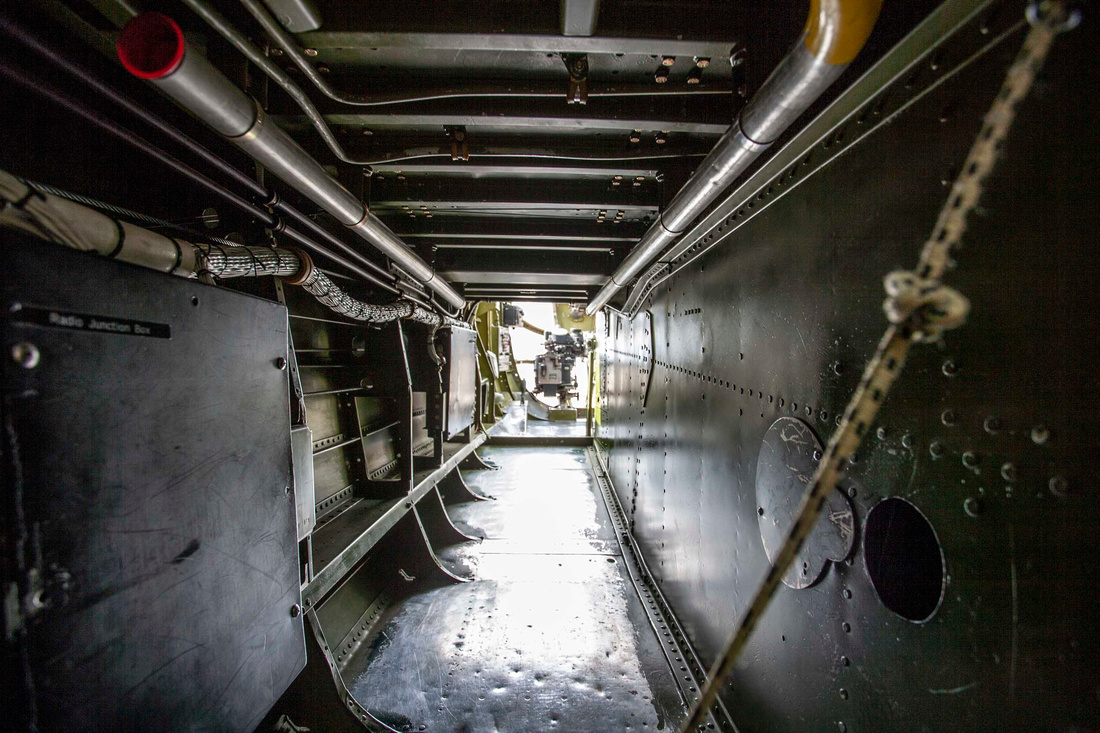 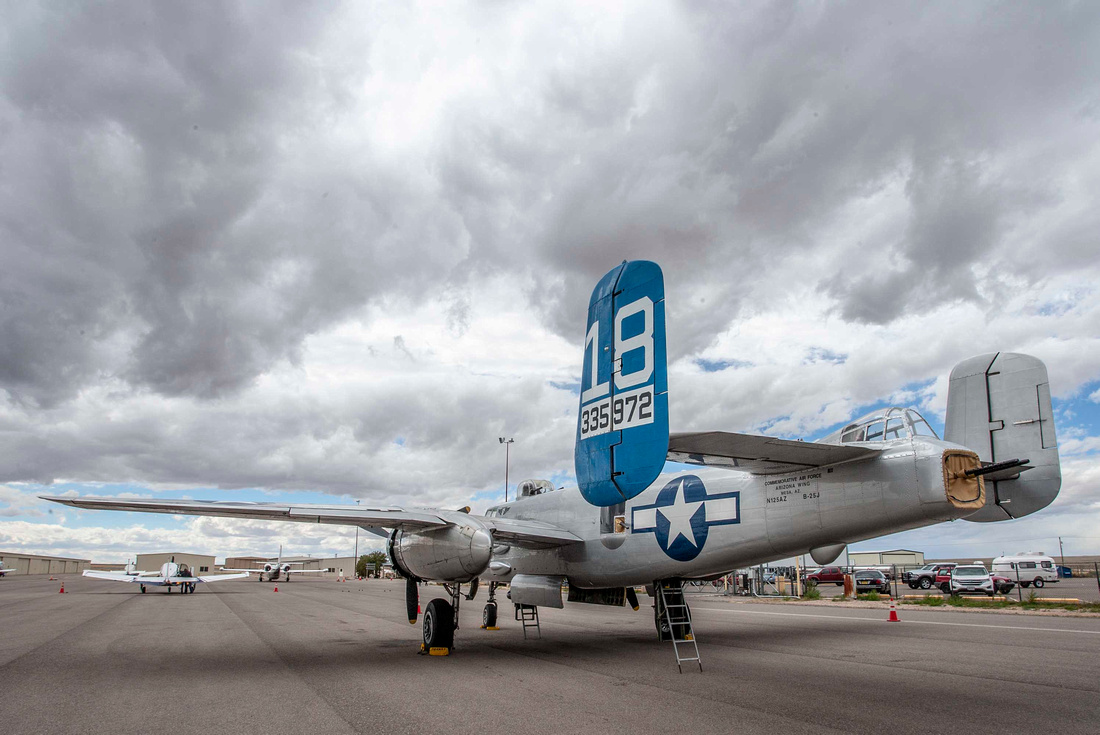 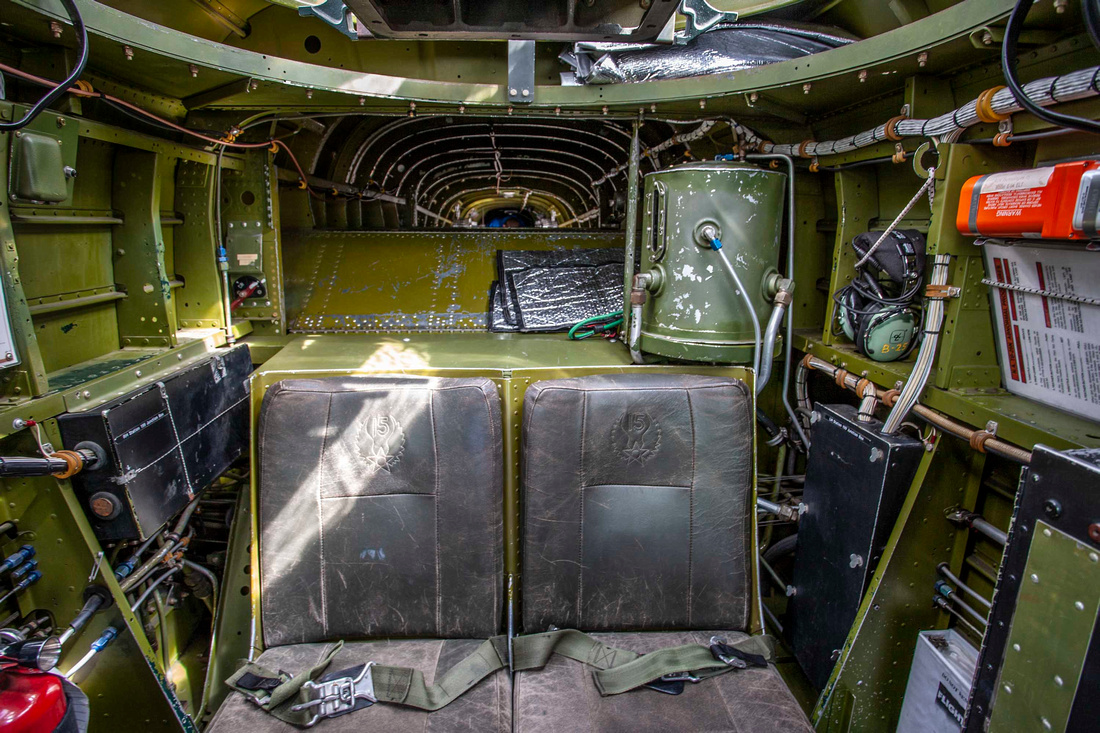 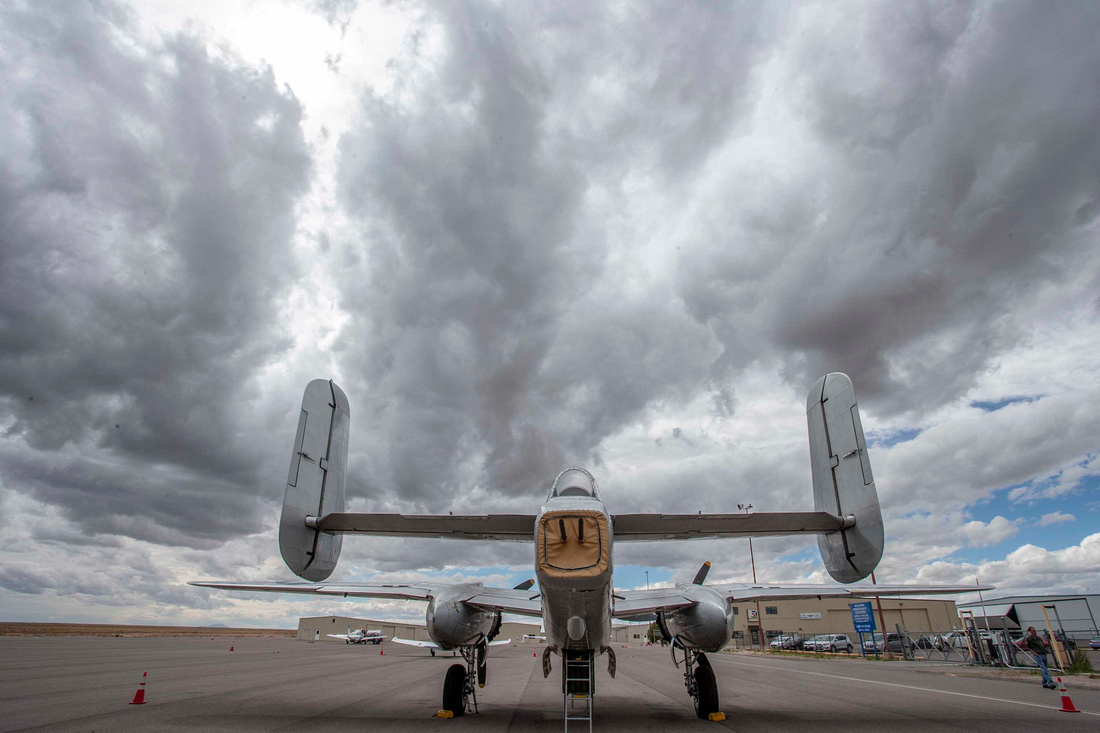 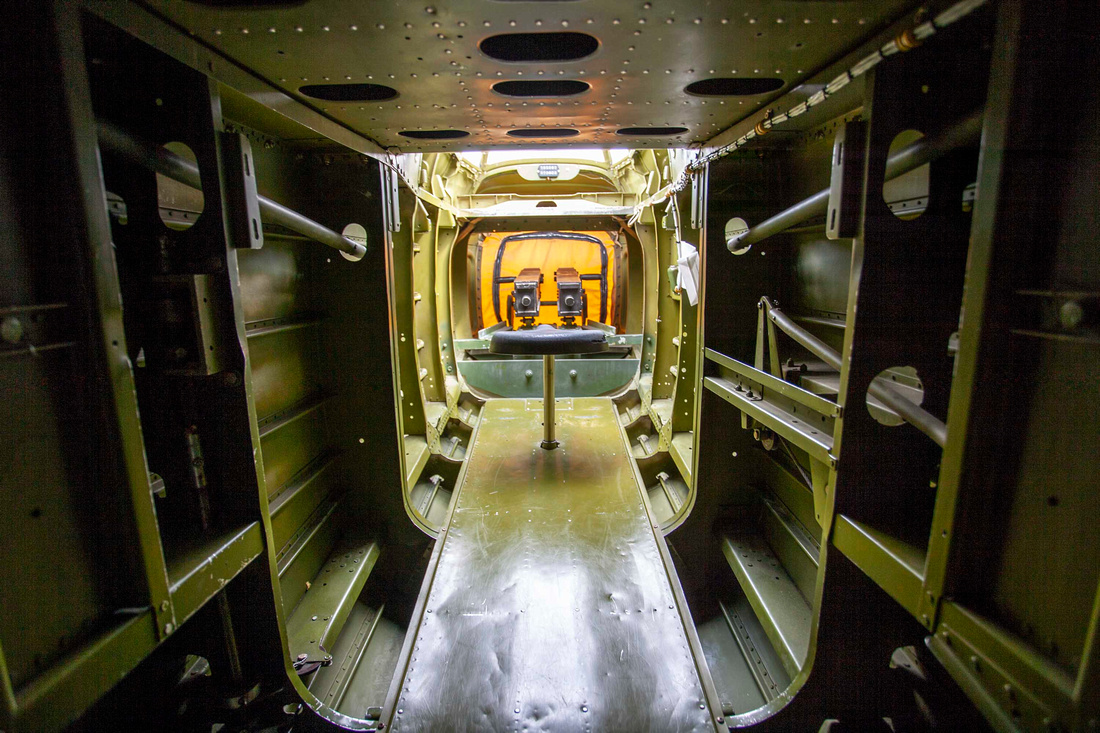 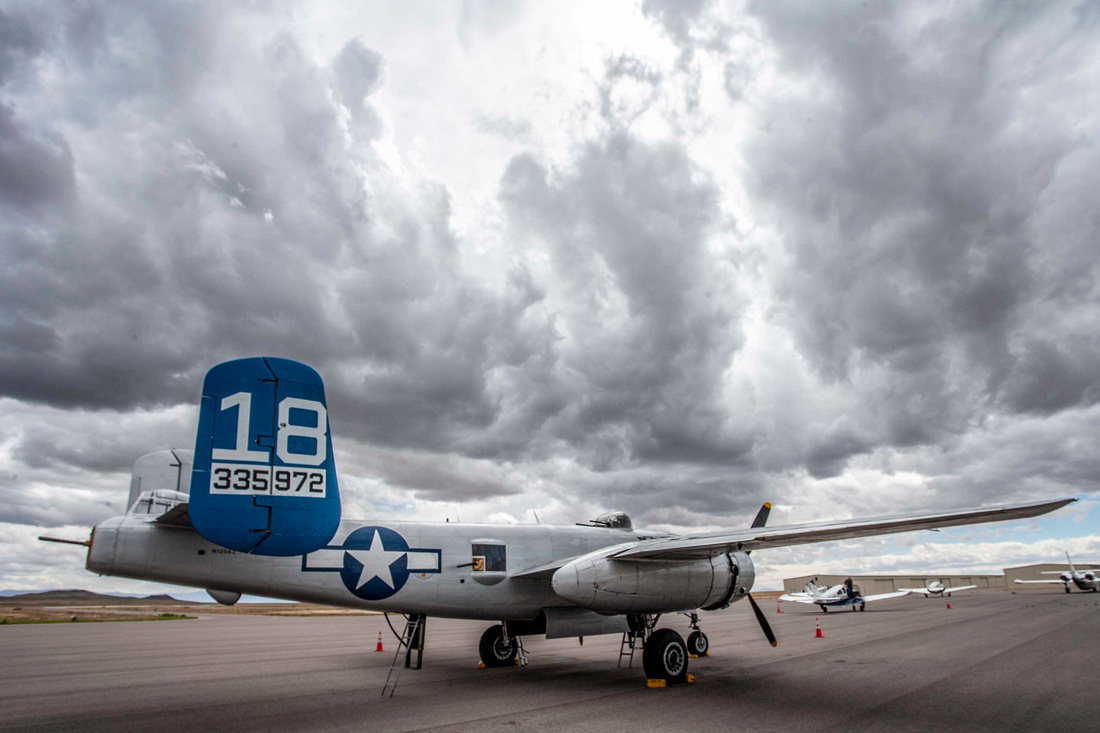 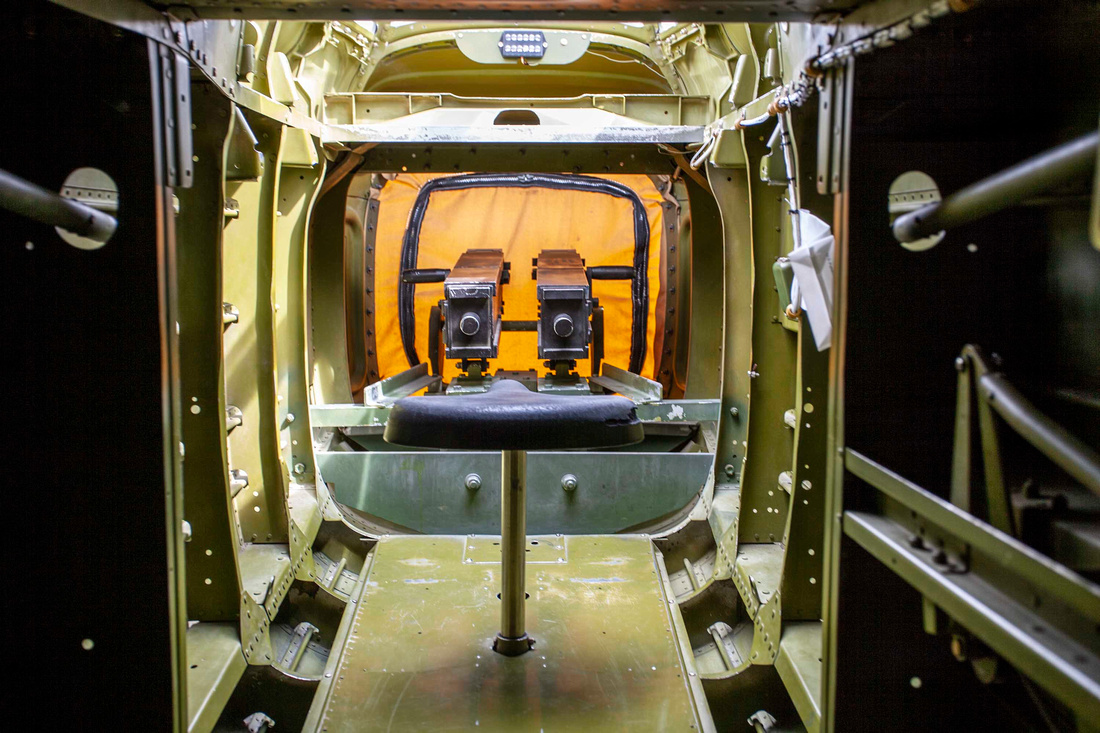 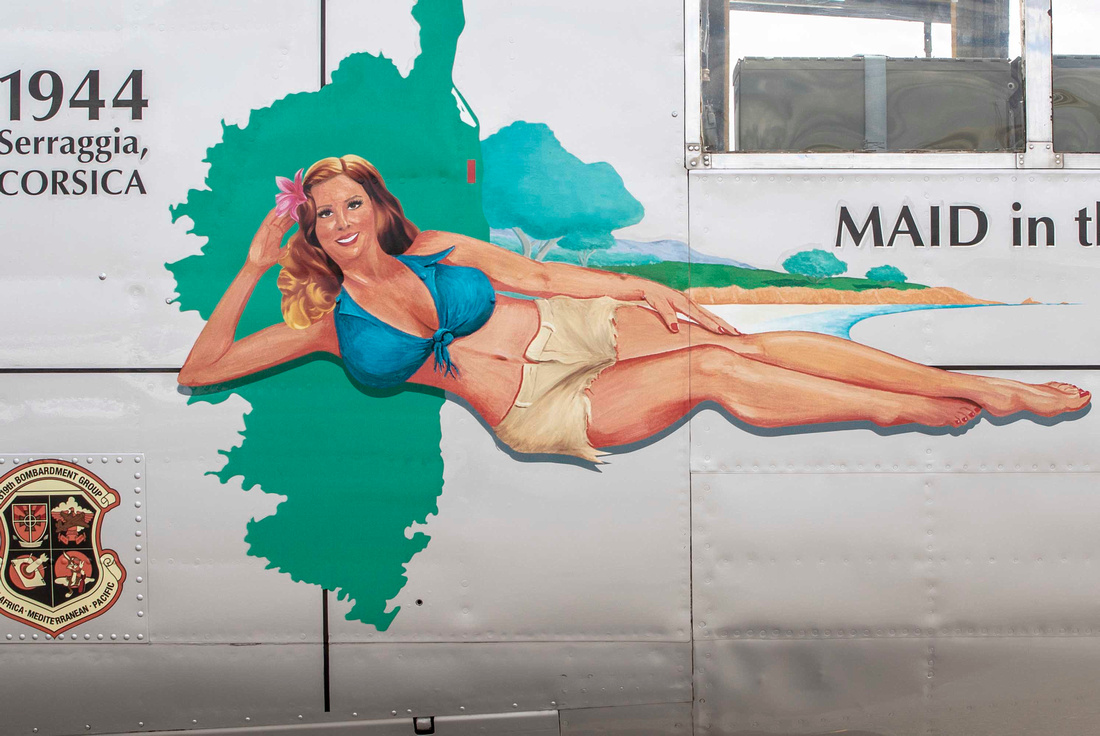 The model for the nose art was selected from a contest. There is the right side of the plane. 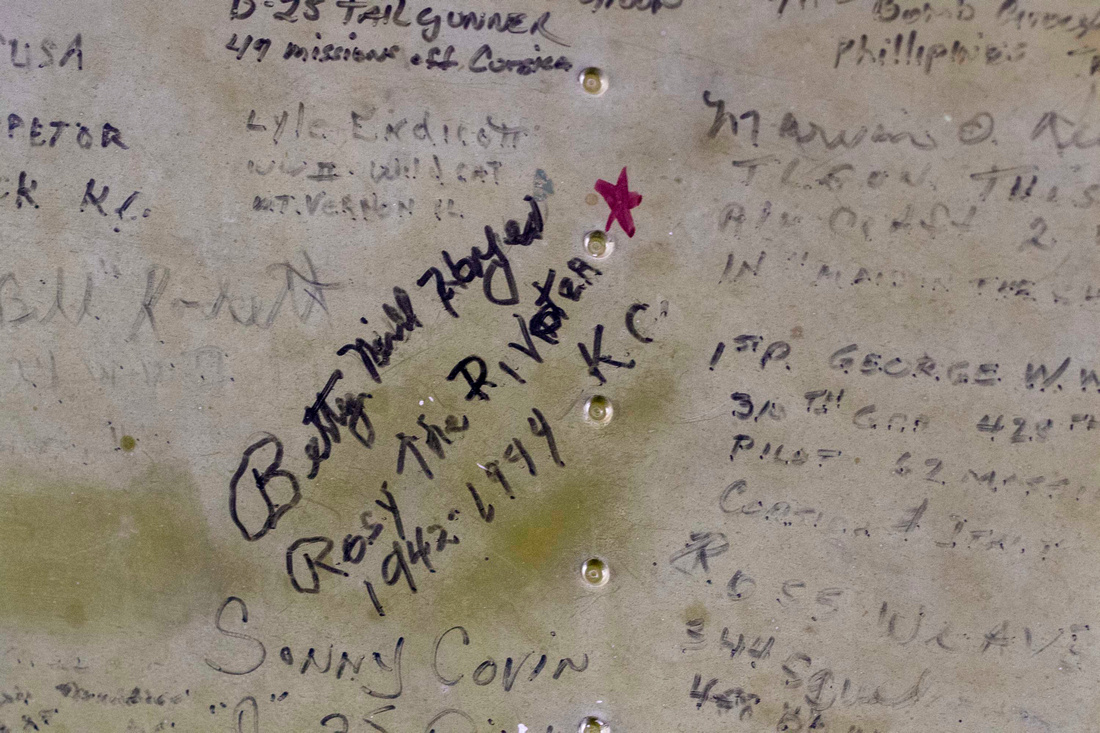 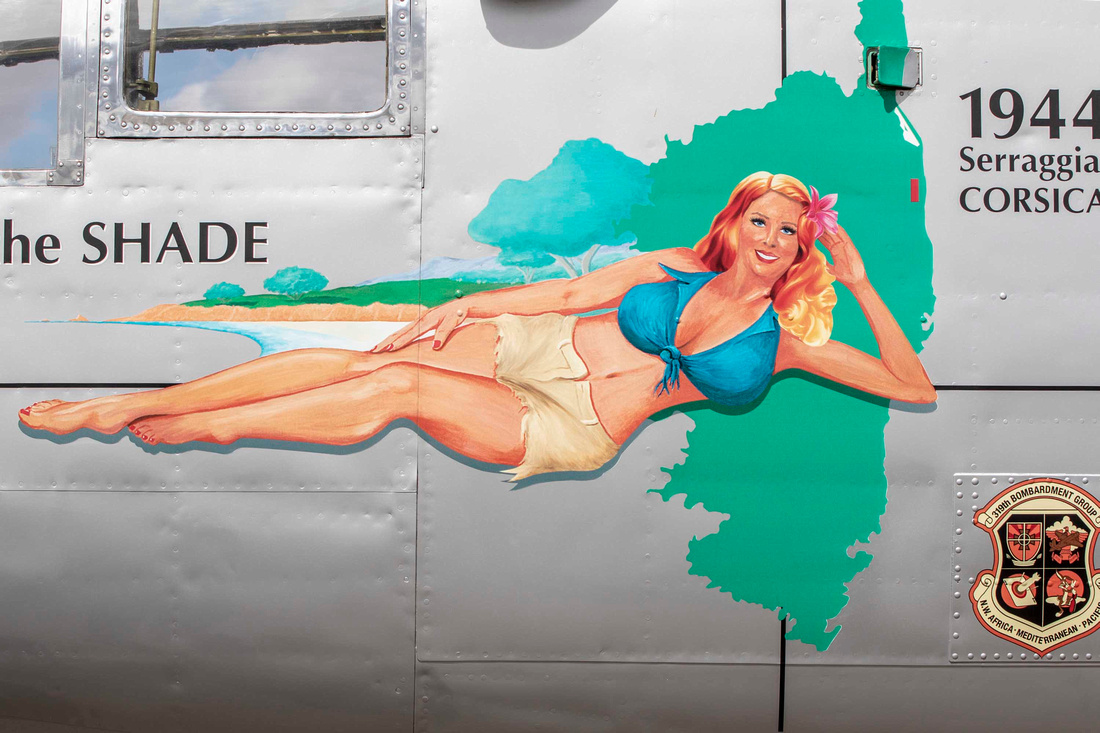 This is the left side of the plane, which is slightly different. Can you see the difference? 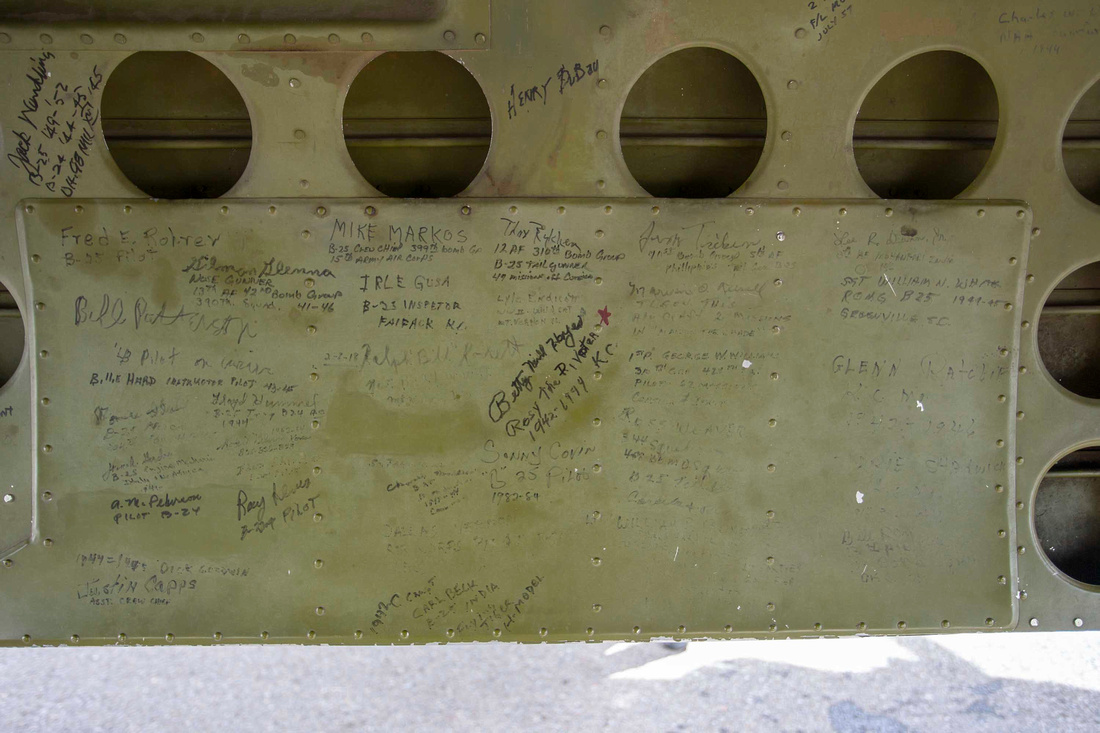 The left bomb bay door with all the signatures including Rosy's. 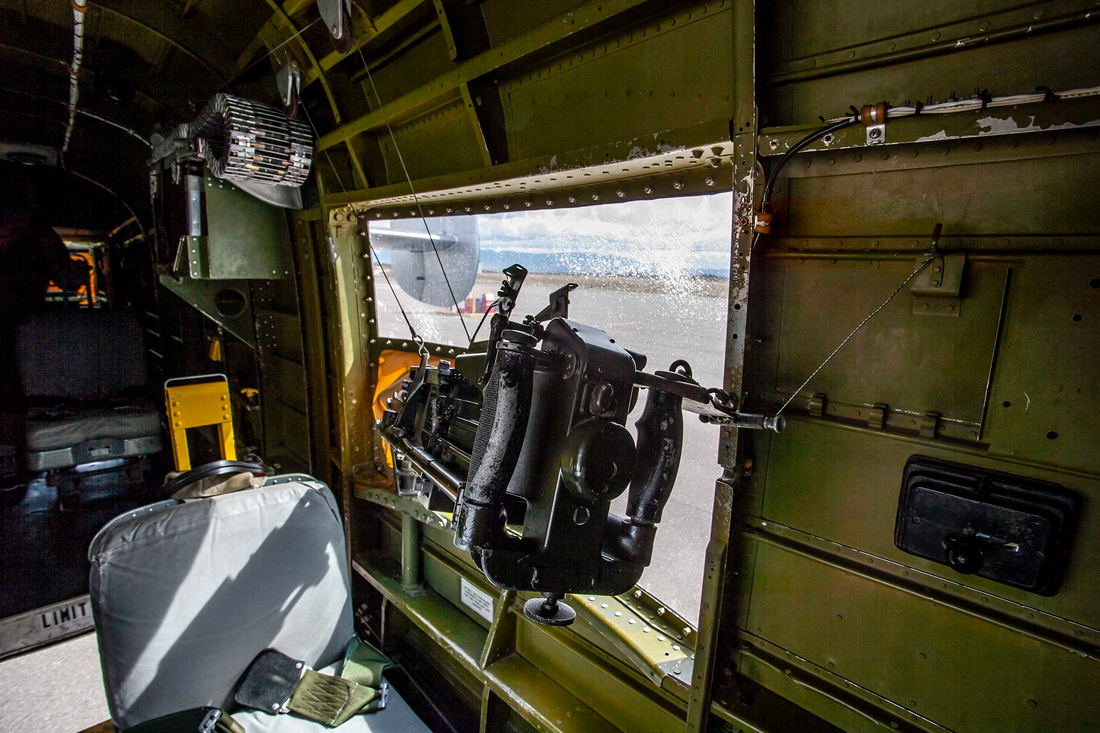 Right and left side nose art. 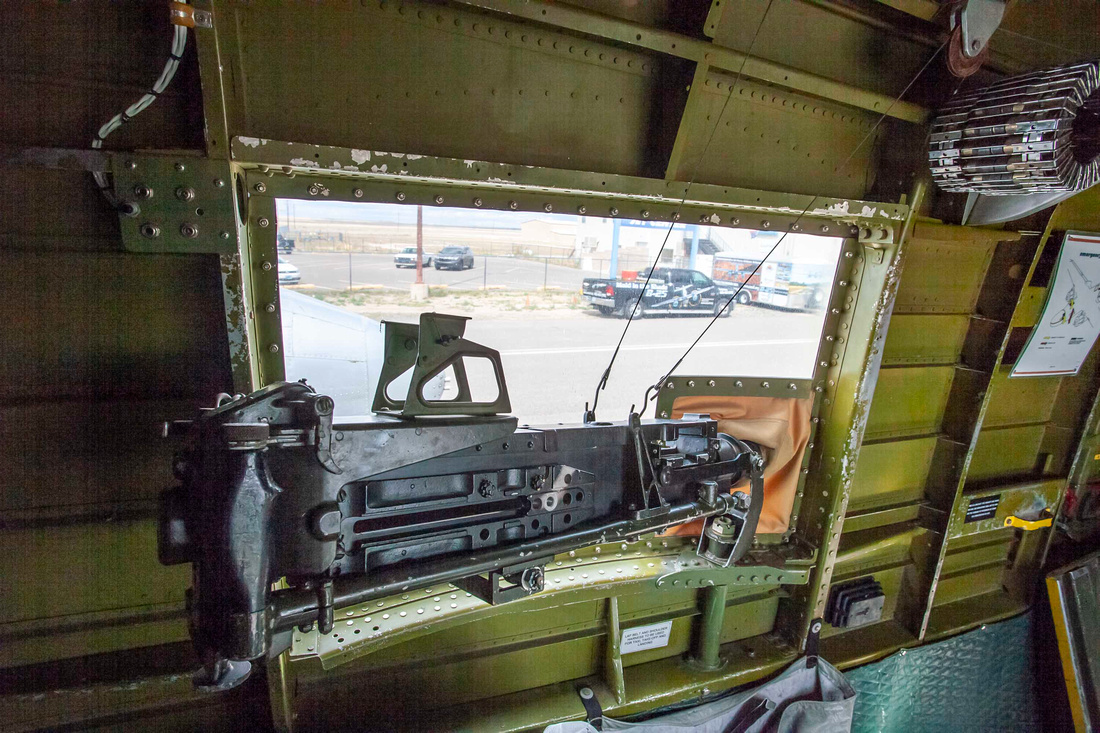 T & L Photos
Thanks, Harry!
Susan Hunter(non-registered)
I saw the difference.
Harry(non-registered)
Good report, interesting text :-)
T & L Photos
Hi Susan. There is a subtle difference in the model. You have to look at the larger photos to see the difference.
Susan Hunter(non-registered)
The difference is the same orientation of Corsica on a mirrored Maid. I also liked your owls and beavers from this past summer and the close-up Armada photo would make an interesting painting; maybe in an Impressionist style?
No comments posted.
Loading...
Subscribe
RSS
Recent Posts
Last Post on Zenfolio Walk, Run, Splash, Fly A Walk in the Snow We Wish You a Merry Catmas Cranes, Train & A Full Moon on Winter Solstice I Had A Dream Shrink Wrapped Fly Away Fire & Phantasm First Snow on the 2nd
Archive
January February March April May June July August September October November December
Timothy Price
Powered by ZENFOLIO User Agreement
Cancel
Continue